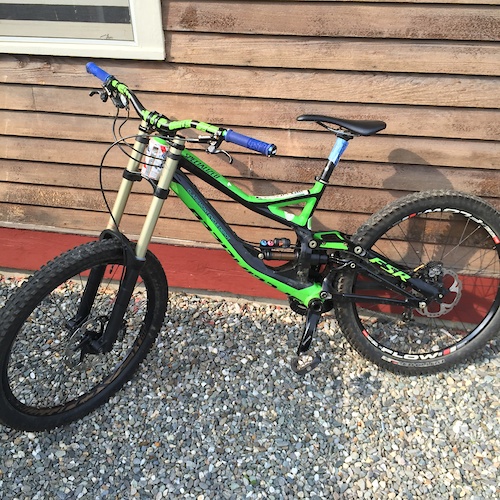 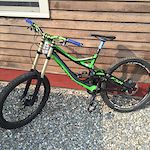 $1800 USD
Custom frame medium 2013 Demo in moto green. This bad boy has been maintained, loved, raced, ridden and wants more. Iv put so much love into this bike over the years including many upgrades. X2 air shock Combo of Saint/Zee brakes (new rear Zee has 0 rides on it) DT Swiss Flow EX rear wheel Diety CZ 38 bars and more just ask. I love this bike and I really don't want to let it go but its time for something new. Ask me anything you'd like to know about the bike and make me an offer! I'd prefer local pick up but willing to ship if buyer pays shipping.

preppyrider mikelevy's article
Feb 20, 2018 at 11:17
Feb 20, 2018
Aaron Gwin Using Box's Shifter and Derailleur?
I think Gwin is at the point that it doesn't matter what equipment is on his bike he's just fast. Maybe the new drivetrain will help take off whatever fraction of a second is made up in the 4 pedal strokes in a DHWC course, but the most important piece of gear on the bike is still the rider.

preppyrider pinkbikeaudience's article
Sep 7, 2017 at 10:48
Sep 7, 2017
Did Tahnée Seagrave's Mont-Sainte-Anne Win Put Her On Track for World Champs Gold?
She has the momentum, but is Rachel hungrier? She won't let her title go without a fight

preppyrider redbullbike's article
Sep 5, 2017 at 16:24
Sep 5, 2017
Red Bull Hardline 2017 Riders Announced
@Clarkeh: He's insanely good from take off to landing, but in between jumps he's just chilling. I've followed him down a few laps at Highland, expecting he'd drop me at the first turn, but the opposite, he rides slow (relatively to a mortal like me) and gets massive pop on each jump to do what he needs to do

My day at highland with a borrowed gopro