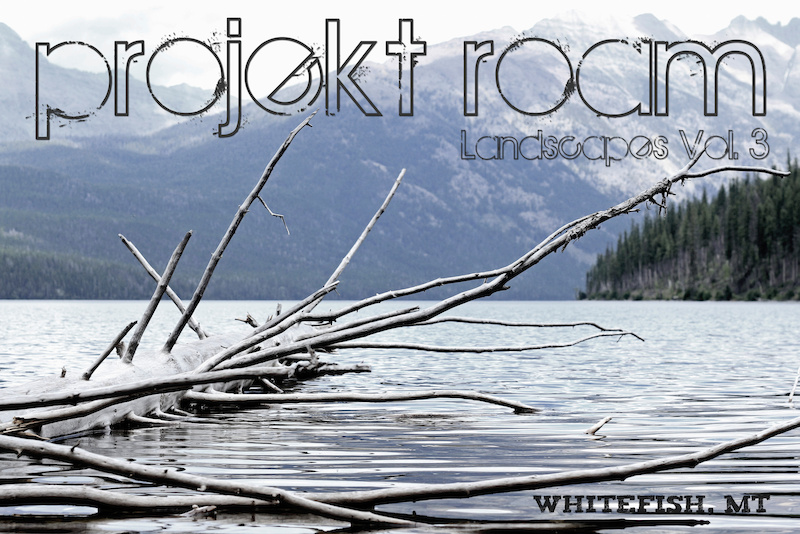 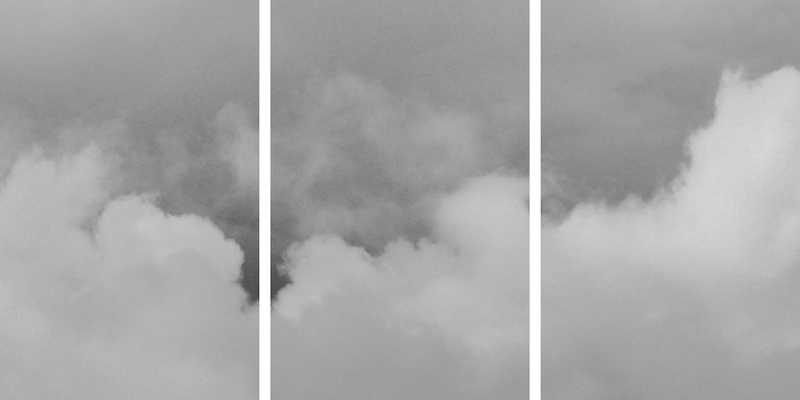 Each individual's life story is nothing but a flash of a synapse compared to the timeline of the evolution and shaping of the Earth we traverse our bikes upon. For instance, this passage of time has allowed crustal movements, glaciation, and other occurrences and extremes in nature to shape the Flathead Valley into a diverse environment, ideal for mountain biking. At an elevation of 3,033 feet, Whitefish, Montana is tucked away in the northernmost tip of this valley.

In days of old, Whitefish, MT was a thriving community supported by farming, timber, ranching, and the railroad. In the present day, the town is now considered a gateway destination to Glacier National Park and subsides mainly on tourism. 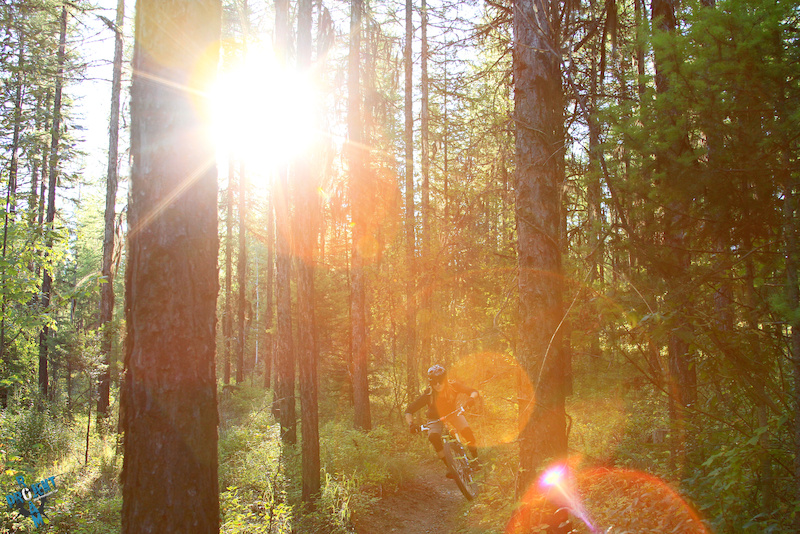 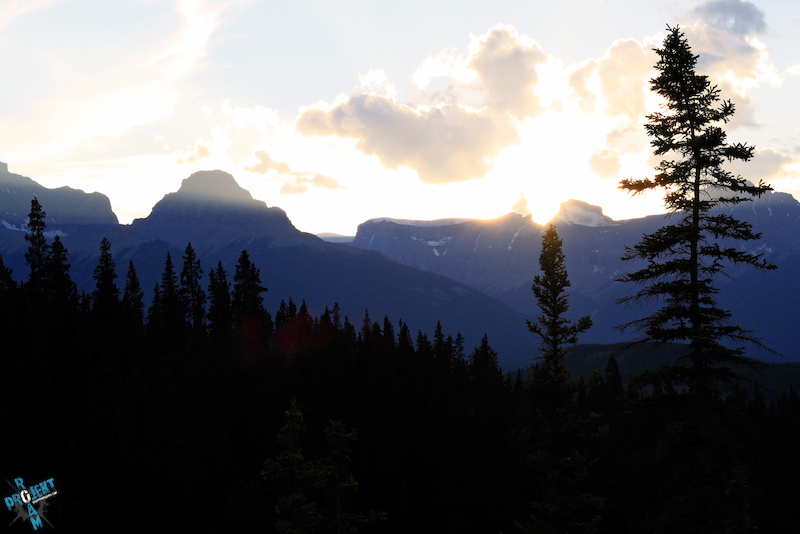 We'd heard that winter brings primo snow for icy wonderland lovers, but we were itching to see what the mountains had to offer during the glowing, languid days of late summer. With the bonus of being in close proximation of the Canadian border, and yielding an array of outdoor recreational activities, Whitefish, MT delightfully surprised us with some of the most fun mountain biking we had experienced all year. And I say this without even getting a chance to ride the local bike park... 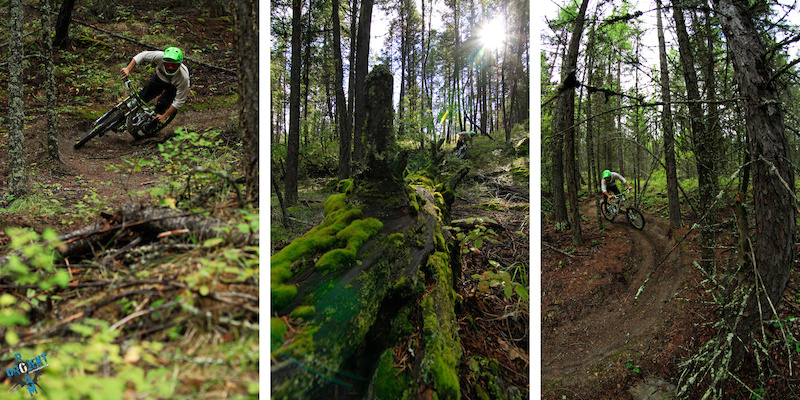 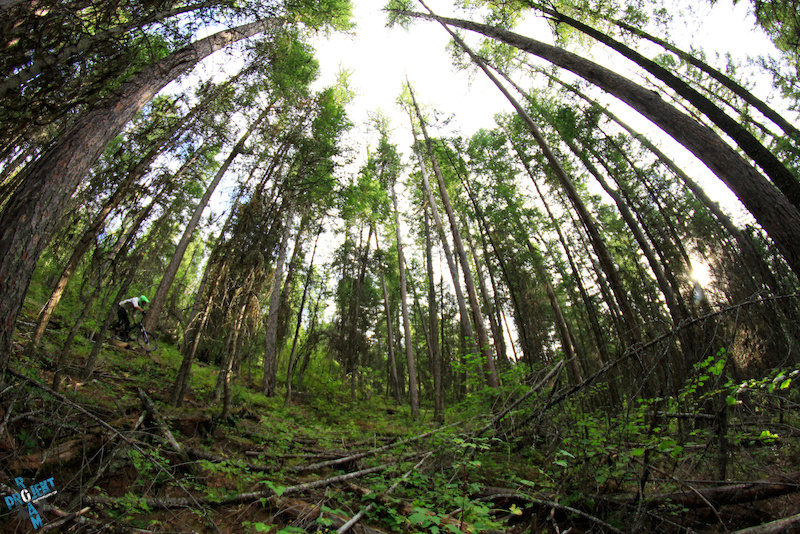 We quickly discovered that one of our favorite spots was the freeride area at Spencer Mountain. The range of trail styles was surprisingly phenomenal. From 'groomed' man-made features to raw, steep, and technical, this downhill haven could have easily entertained us for the entire summer. Spencer Mountain seemed to truly embody the roots of freeride; whereas other trails in the area are shaped with a more structured trail building approach. 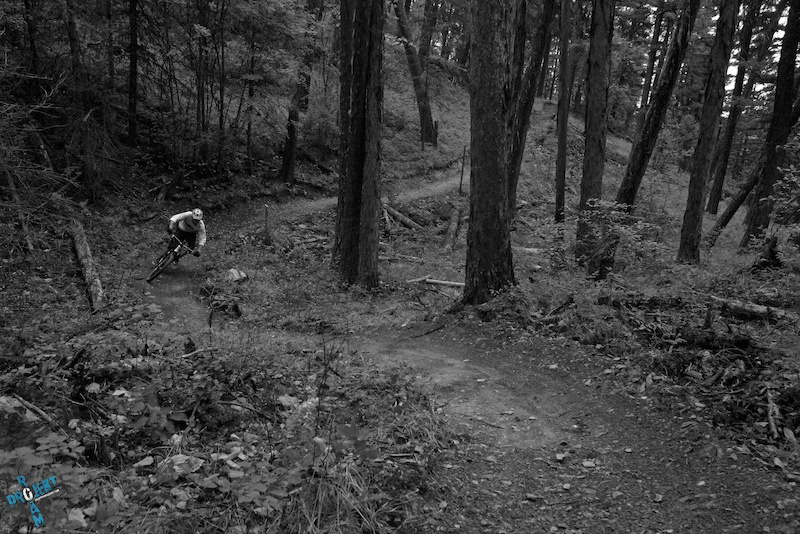 In our time spent in Whitefish, we barely scratched the surface of all the affable town had to offer, especially when it came to acquainting ourselves with the scores of trails in the surrounding area. There seem to be crystalline lakes burrowed in every nook and crag of the mountains that so many of the trails wound through. 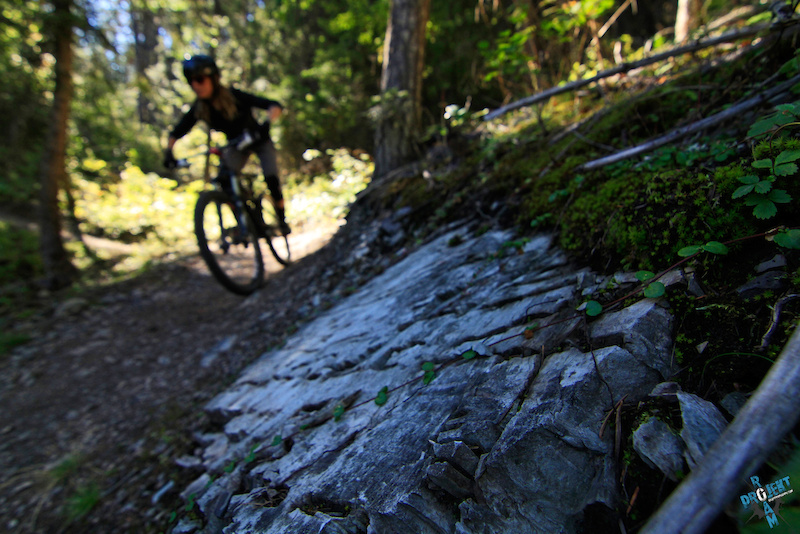 Single track was bountiful and constantly beckoning. Some of our days were spent piloting our bikes for miles under the staple, vast Montana skies across strategically built trails that help to compile some of the Whitefish Trail, which to date, covers 40 miles of a proposed project to augment a 55 mile recreational trail system. Miles of buff, flowing single track makes this system an enjoyment for all. 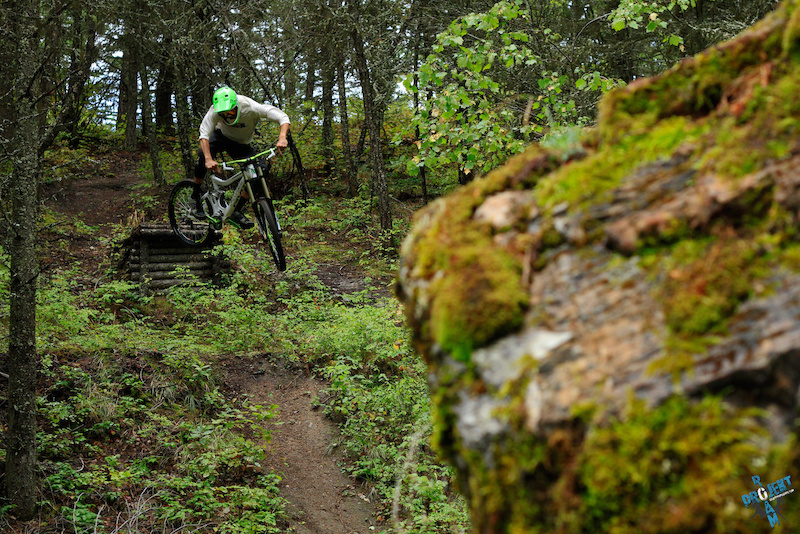 There will be no shortage of places to pedal anytime soon, considering that the growth of the mountain biking scene, as well as local businesses, are supported by the Chamber of Commerce and City Council in combined efforts with other numerous affiliates. 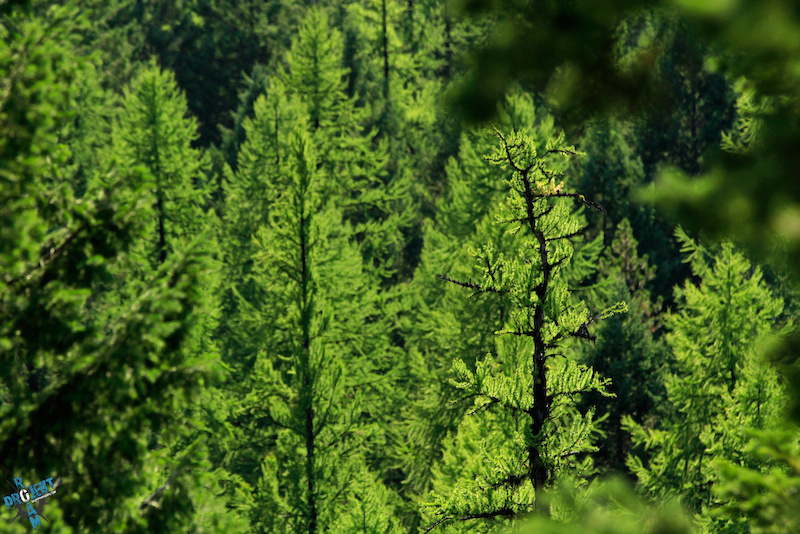 The community support and involvement was pleasing to witness firsthand during conversations with locals, listening to plans of trail system growth and expansion, and encountering freshly built trails while passing ones under construction as well. Even with solid community support and obvious signs of recent trail activity, the lack of crowds on the trails was refreshing. It was as if we knew about this unbelievable secret spot that no one else did. 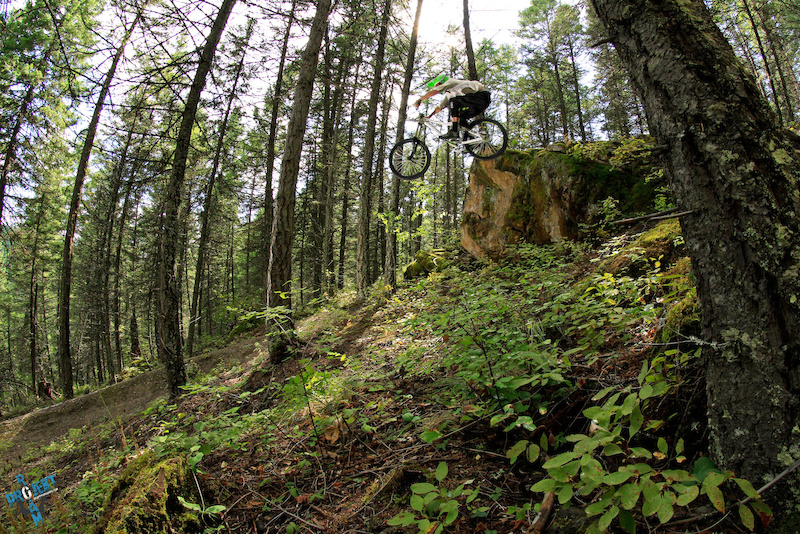 As soon as you left the dirt parking lots and motorized machinations behind, the effects of the surroundings were immediate. The boughs of the stately evergreens ever so subtly interrupted the sun's reaching beams, creating a diaphanous, glowing haze that permeated the entire forest, all the while, the only cacophony to reach your ears were the rhythmic hum of tires contacting dirt beneath you. 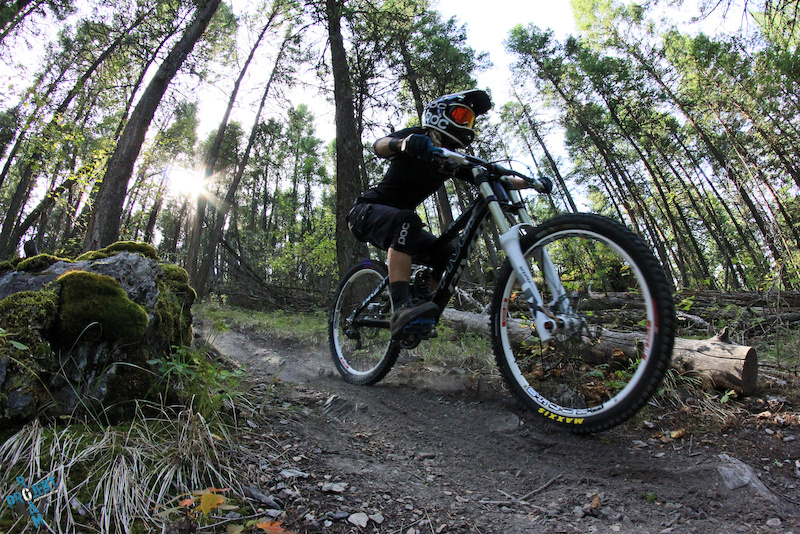 To sum it up in an unconventional dictionary, the definition under Whitefish, MT would read somewhere along the lines of "Leaves riders with earsplitting grins on their faces, feelings of euphoria, and the incredible urge to immediately go ride the trails again". 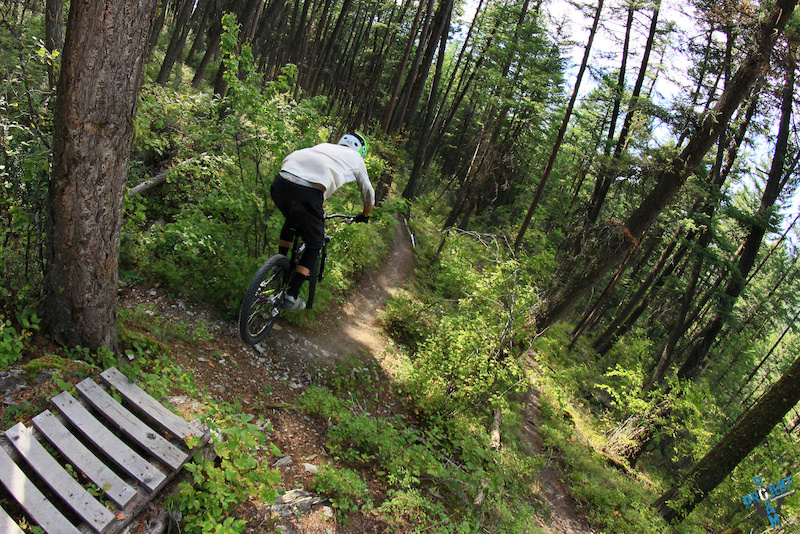 Projekt Roam was founded by husband and wife, Colt and Jessee Maule in 2010. It has been their mission to travel North America in search of places that celebrate the unparalleled beauty and freedom of not only the bike, but the terrain we ride as well. Plan your own trip to Whitefish, MT and check out more photos, film, and riding locations throughout North America at www.gravityrideguide.com. 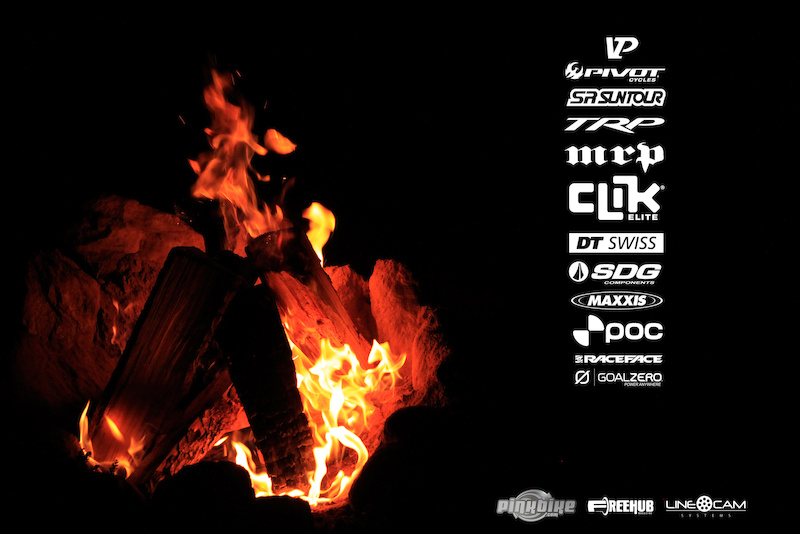 Thanks to our sponsors for some great product and to all of our new friends who have helped us out along the way, ride on.

SteelfalconX (Nov 17, 2013 at 23:32)
While I was watching this I was already thinking "I hope people don't tear apart this video because she isn't riding fast/flying through the air/enduro enough". Its refreshing to see that people are simply enjoying a beautiful video with some awesome trails. Awesome.

bender-oz (Nov 18, 2013 at 19:31)
While i was watching this video i was thinking "I really wish they'd put some better riders in it". The editing, shooting, locations, music and everything else about the video is sooo good. I'm not trying to have a go but I don't look good when i'm riding so i don't go making videos. Still bloody good though.

hunter100weiss (Nov 18, 2013 at 20:32)
She's a chick riding, that should be good enough no matter how fast! Thoroughly enjoyed this video and the pictures!

scott-townes (Nov 19, 2013 at 10:12)
Eh, aint my cup of tea watching someone bike around on trails casually and I don't think myself or anyone else should be torn apart for thinking that, just like how it's stupid to rip this video apart because of her riding. Hell I bet if this was any other video or had a guy riding in it, kids would be responding very differently... just my thoughts on that. Anyways, those trails up in Montana are amazing looking and the photo write-up was really well done. Gawd damn it looks like singletrack nirvana. From what I saw in the edit, the filming was top notch as always.

telebiker (Nov 18, 2013 at 8:45)
Thanks Projekt Roam for yet another fresh, inspirational and beautifully crafted vid. I enjoy the contrast between Jessee's flowy riding style and Colt's more rambunctious moves. And the best part.....wheels stay on the ground, well mostly!

Freewheel46 (Nov 18, 2013 at 7:30)
Really liked the focus on Jessee shredding it great to see a woman ride with such style. She's my girlfriends favorite rider and one of mine too! This series is the best thing on the internet. Thanks for all of your hard work

projektroam (Nov 18, 2013 at 7:42)
Jessee is my favorite rider too!!! Thank you for the stoke, really appreciate the positive vibes!! So glad you enjoy our films, keep shreddin'. -Cheers

cro55bone5 (Nov 18, 2013 at 11:40)
Thanks lots ProjektRoam for great images and information and inspiration. When this vid ended, I yelled out loud, WHAT? NO! NO! More please!

Images ya'll capture inspires me to bust out the oil paints! Winter weather is closing in on me local trails here in Utah.

Sneaking in rides when I can. I be starting STDD. (Single Track Deficiency Disorder.) Sigh.

Sshredder (Nov 18, 2013 at 11:56)
These videos keep getting better! Exellent photography and cinematography. Refreshing look at riding. By the way your wifes kit is hot! Your a lucky man to share your adventures with her and capture her moves on vid.

bobbybottleservice (Nov 18, 2013 at 16:55)
Helena has some really fun trails too,and of course Missoula. Love that Montucky

dirtypete (Nov 29, 2013 at 9:46)
Beautiful work, Project Roam... Met you guys briefly while I was working on that Woods Lake loop. Come back next year and session the Bike Park!

projektroam (Nov 18, 2013 at 6:46)
Thats a bummer MCMbiker, you kinda bother us too with all of your negative comments....it's a pity your such a downer