Video: Sights & Sounds of MTB in a Fresh Medium in 'My Last Day of Summer' - Race Face Creator Series

Synopsis: It's the last day of summer and Julia is at the local bike shop hoping that her bike can be fixed. While checking out the flashy displays of new bikes and shiny components, a comic book catches her eye. The comic explores a world which stylizes the sights and sounds she experiences on the trails. The comic captures her imagination and she soon finds herself on a ride like none other.

Why We Chose This Film: A unique vision of the sights and sounds of mountain biking through a different medium. When Kristina pitched us on the idea of an animated project, we jumped at the chance to see the world of possibilities that it would open for the film. She has not disappointed, delivering a dynamic and fresh vision of riding and the freedom it brings to an amazing young rider – Julia Lofqvist Traum!

Head over to Creator Series to see more behind the scenes photos and video! 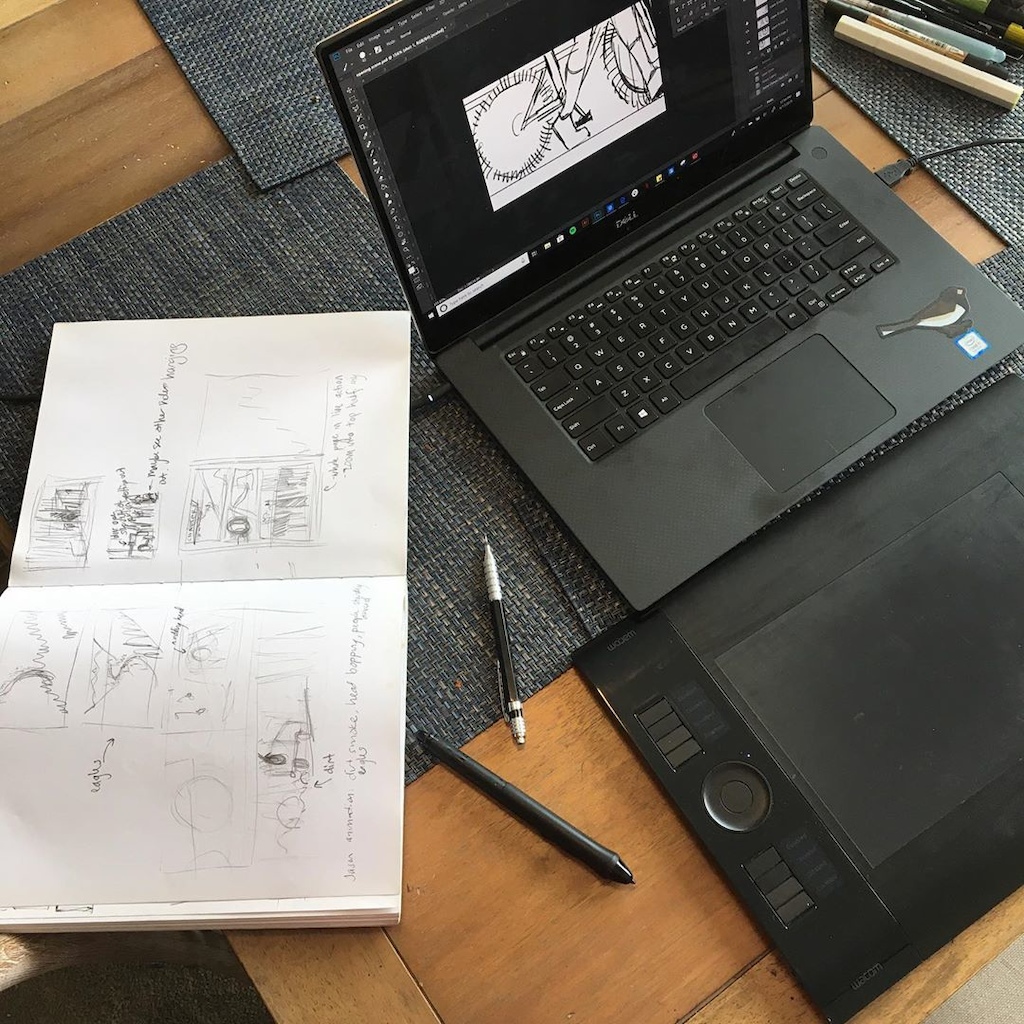 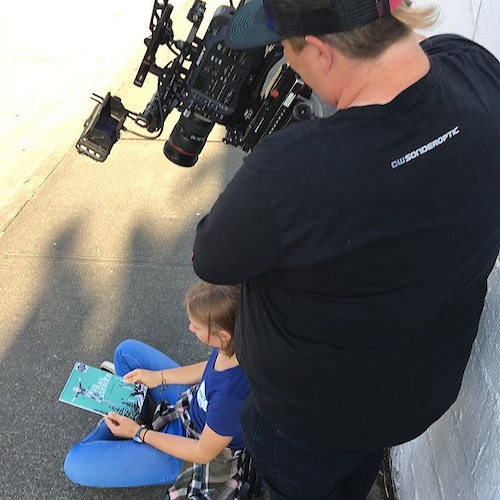 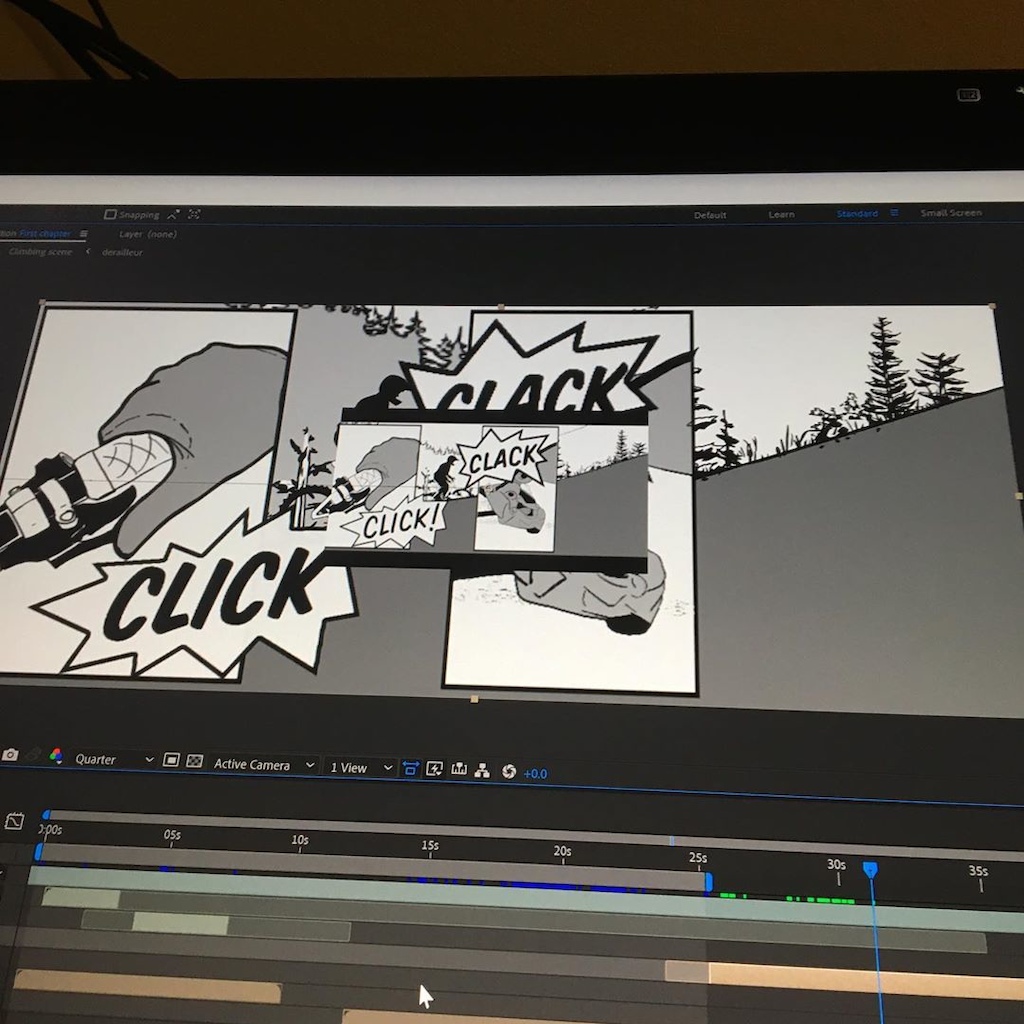 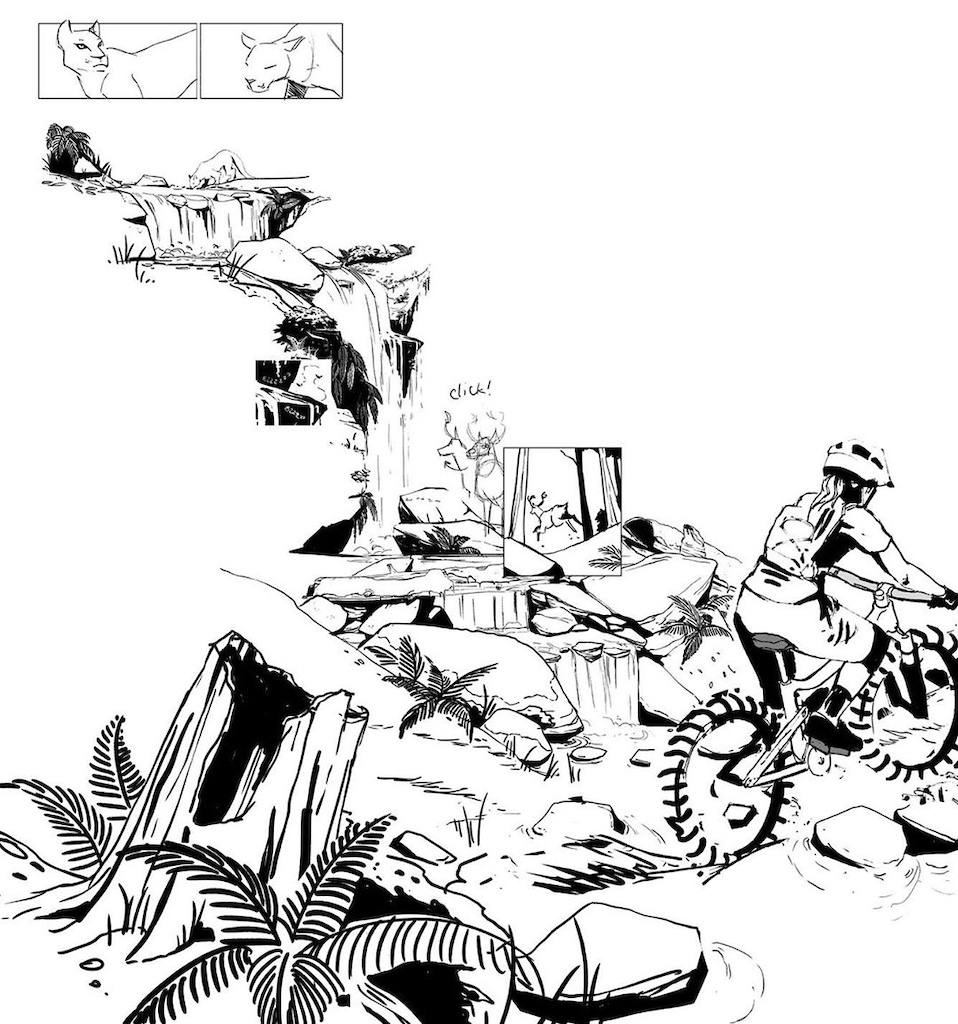 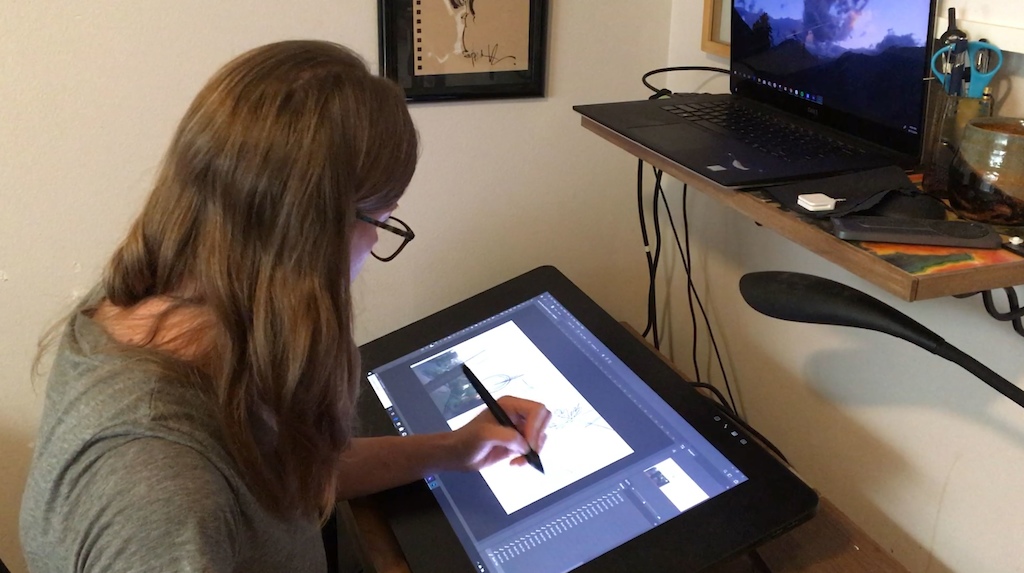 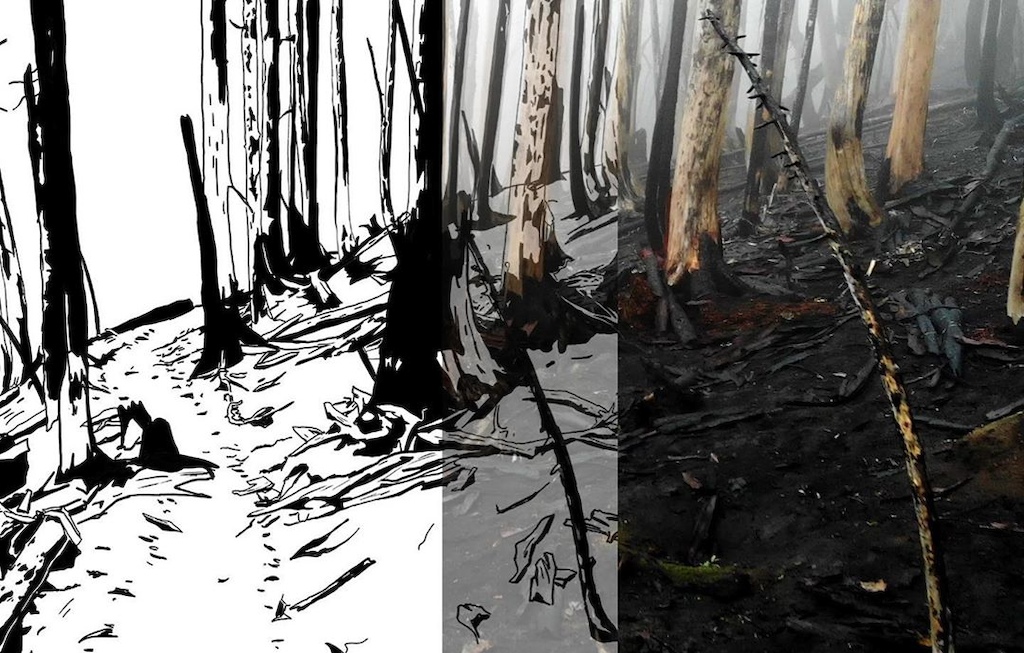 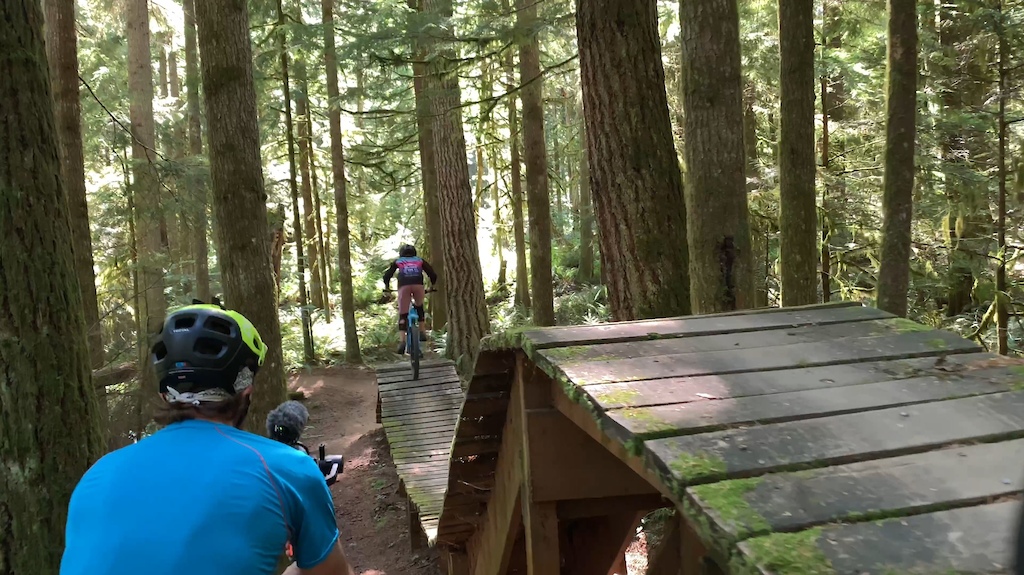 Tune in Monday for the start of round 2 of of the Creator Series filmmakers. First up will be The Isle of the Gods, featuring Unior-Devinci rider, Keegan Wright. 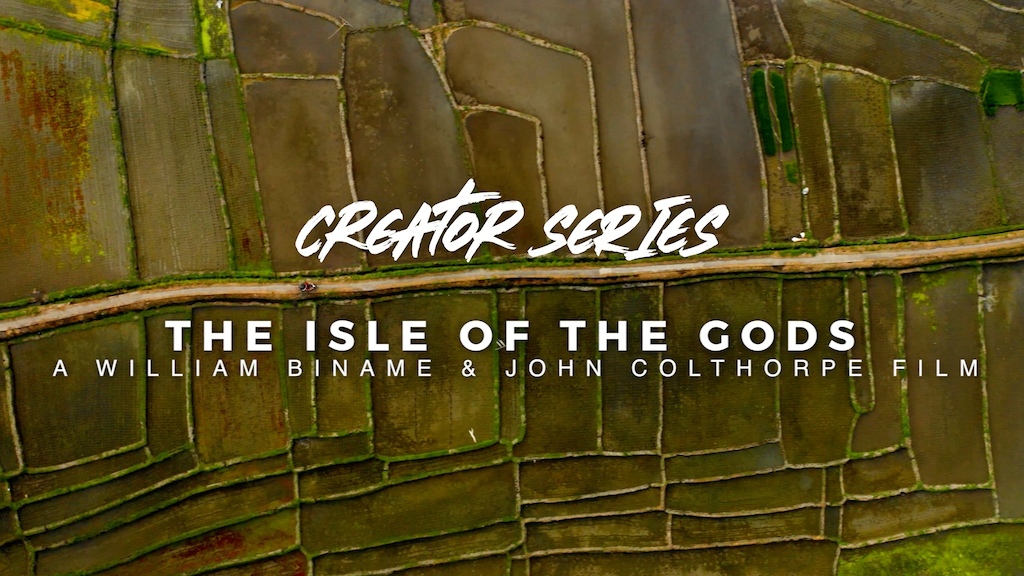 Xtreena (Sep 27, 2019 at 11:01)
A lot of time but a lot was experimenting too. I had never created a blend between art and animation so it was a huge learning experience! Glad you enjoyed it, your film was amazing and beautiful!

JustinVP (Sep 27, 2019 at 8:49)
So good! Most MTB films are the same thing over and over, really rather dull once you've seen one. But this. THIS! Awesome. You also gotta love Julia's super fluid style which meshes perfectly with this film. All around jaw dropping good stuff that I'm going to have to go watch again.

rsbromley (Sep 27, 2019 at 5:17)
I'm absolutely loving this series. I hardly ever watch longer 'story' style videos, but the quality and narrative behind all of these is amazing. I've shared the first two in a Slack channel for people doing creative jobs where I work, and even non-MTBers are totally awestruck by them. It would be awesome if Race Face published the comic book in this video. It would be a cool collector's item : )

als802 (Sep 27, 2019 at 3:21)
I've been following Kristina Wayte for quite awhile on instagram, she goes by sketchytrails. She does some really cool mtb art.

OlSkoolJake (Sep 27, 2019 at 6:14)
Well this was just a great way to start feel good Friday. This was all around rad. Best of the series thus far. Thanks for introducing a wicked young shredder and great art. Made a fan outta me.

FineLine-Media (Sep 27, 2019 at 5:17)
Wow, that was some original stuff guys! Animations and video blended together perfectly.

fumbles (Sep 27, 2019 at 12:42)
Absolutely fantastic work! This is an incredible piece of art that I'm sure will draw more attention from a diverse crowd of the younger generations and old! Thank you so much for making this and fantastic shredding Julia! Shout out to Kat and the Sweetline team for continuing to grow our community. As well as Mike and the Duthie crew for having such an amazing park 3 Great job! Thank you again, this was so great to watch!

fattyheadshok (Sep 28, 2019 at 20:51)
Yeah I’m with all the other rider’s comments here. That was such a well done video on every level. Art, acting, riding, cinematography, soundtrack, editing etc. MTB art with a capitol A. Btw I think this young girl rider has a real future ahead of her. Not only can she shred, but she can act, and the camera likes her. She has that indescribable quality that immediately captures you and keeps you watching. You “care” about the character within seconds of seeing her. To be able to communicate so much so quickly takes genuine natural talent. This young lady has it in spades.

tallblonderider (Sep 27, 2019 at 8:22)
Such a refreshing film, the animation makes this film extra special. Kristina and her team did an amazing job!

Really refreshing to see Kristina's work animated. I liked the 'rotoscope' moment around 5:20 where the live and animated come together.

endo-prone (Sep 27, 2019 at 12:40)
NICE video love the shots! What a shredder and man those trails are sicktastic....so lucky to have those in our backyard and have the crew at evergreen!!

@pinkbike, why can’t I see the “Add to favourites” button on mobile?

burkawitz206 (Sep 27, 2019 at 12:09)
Such a refreshing break from the normal stuff, and great riding. Shredding Duthie harder than I probably ever will, great work!

Obi-None (Sep 28, 2019 at 16:21)
Been following sketchytrails on insta and have been really looking forward to seeing this, much better than I hoped! Well done on combining your unique illustration style into a format that just works so well.

jamesohagan (Sep 27, 2019 at 22:43)
Only thing I would criticize is that when the credits appear they don't have enough screen time ... and everyone involved deserves some serious recognition TRULY WELL DONE

Sshredder (Sep 28, 2019 at 9:45)
Innovative, creative and great performance! This is a great film ! Thanks Race Face for sponsering this !

jtucker0407 (Oct 4, 2019 at 3:40)
YAY Shredulia! Always a pleasure seeing your smile on the trail. Brooke loved your video and can't wait to see you again! Keep Shredding!

LuxxRazzys (Sep 27, 2019 at 17:09)
Absolutely fantastic to see friends put out something so amazing!