What could be better than receiving good news while doing one of the things you love the most? In his latest video, Tomomi enjoys a peaceful bike ride, until he receives the news that his daughter Emma is about to be born, and that's when he rushes to get home. 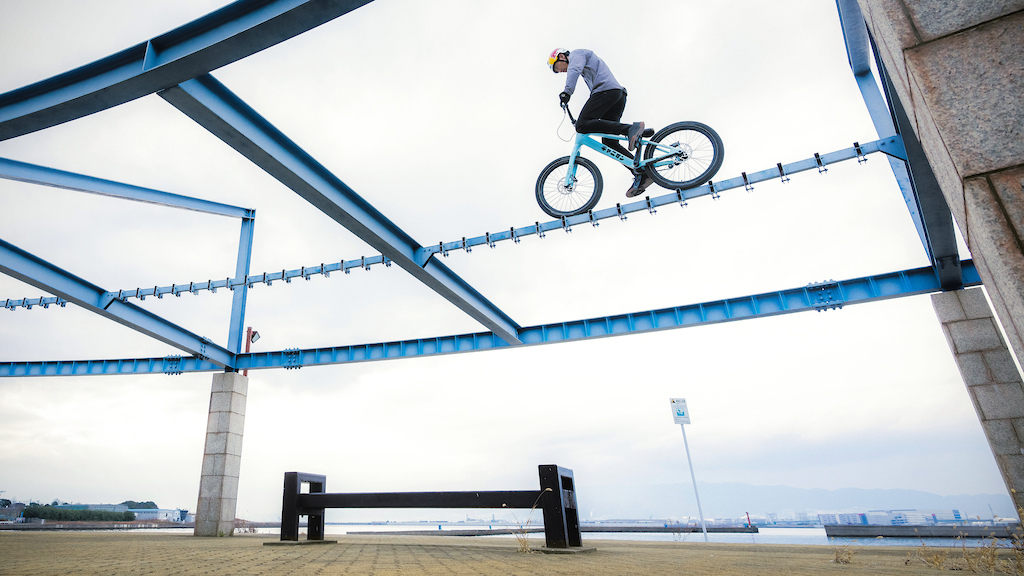 © Yusuke Origuchi
Beautiful weather and perfect conditions combine for Tomomi to enjoy a relaxing morning bike ride. That is until he gets a message that shocks him. But it’s good news; his daughter Emma is about to make her way into the world.

Tomomi rushes through the streets, first with his mountain bike, the Canyon Spectral, making a small stop to buy baby essentials. A couple of pedal strokes later the feeding bottle slips out of his pocket and falls into the river, Tomomi doesn’t hesitate twice and throws himself to its rescue. After a successful rescue but completely wet, he decides to change clothes and jump on his Custom Trials Bike. 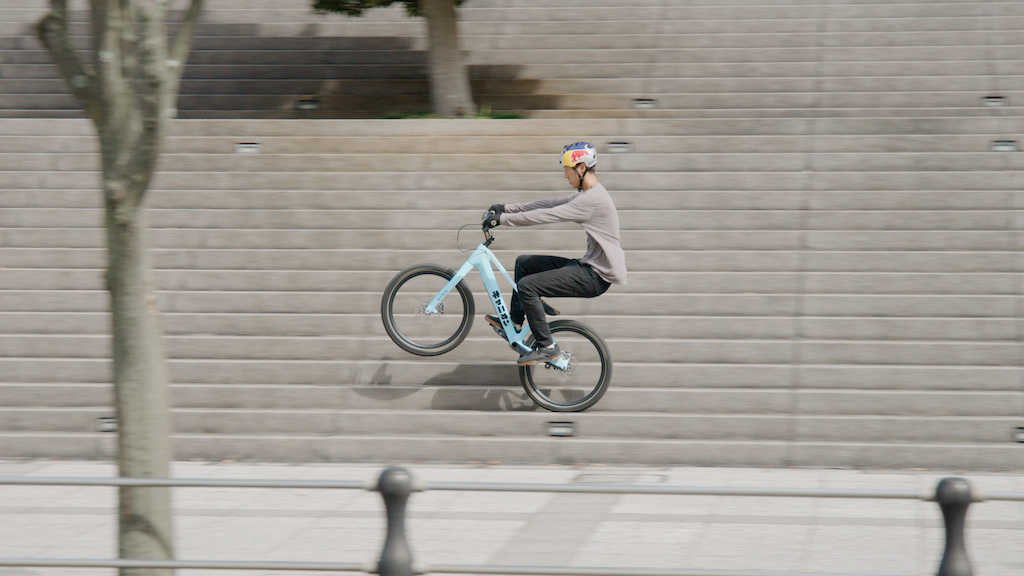 ©Yusuke Origuchi
Known for his versatility with both bikes, Tomomi celebrates the birth of his daughter in the best way he knows how - with tricks and creativity.

During the filming period, the project suffered an unscripted hold-on for 4 months, due to an injury that Tomomi suffered on his shoulder attempting a front flip. Not yet 100% recovered, Tomomi, decided to jump on his bike and keep the production rolling, throwing tricks that one wouldn’t try with a separated shoulder. 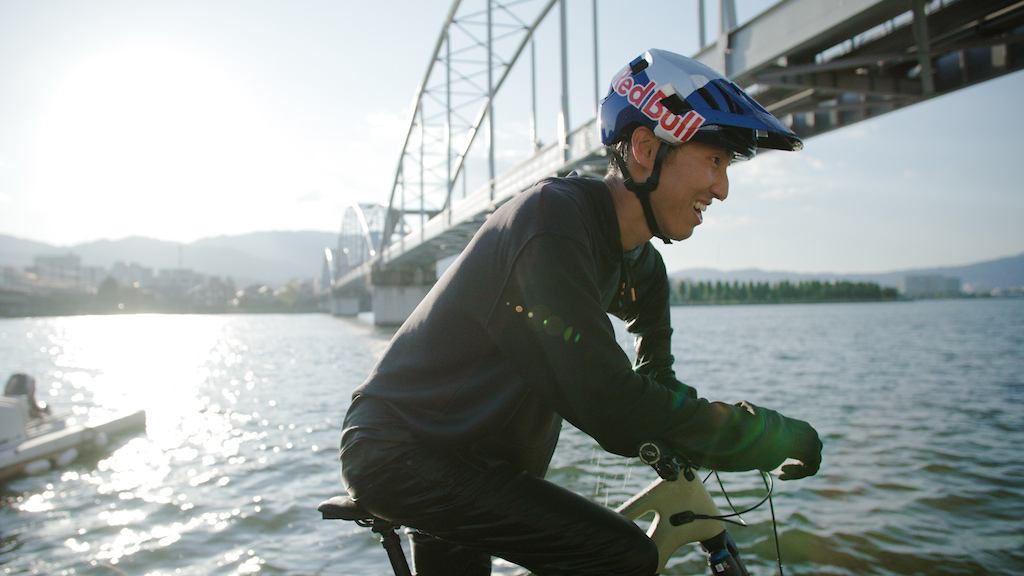 ©Yusuke Origuchi
One of the hardest tricks for the Japanese was the Step up 180. This trick needed a lot of speed and skills to tap the rear tire. After the first tries, Tomomi thought that his bike was not going to hold the impact but the Canyon Spectral made it through. 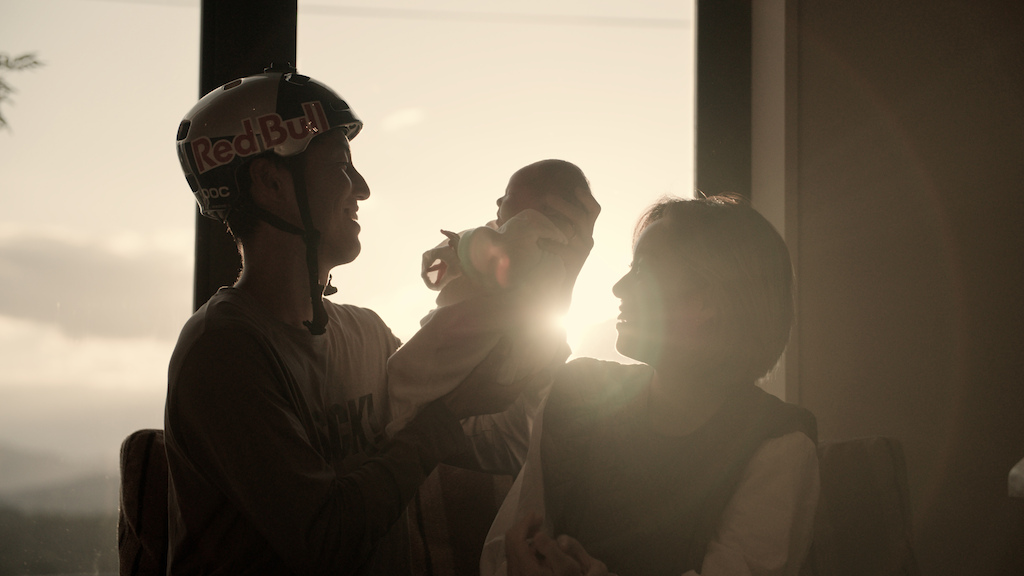 ©Yusuke Origuchi
You can follow Tomomi on his social networks to keep up to date with his adventures:

milanboez (Nov 24, 2022 at 8:11)
When he got that message at the start, he knew he wouldn't be riding for some time so really made the most of his last ride!

slowerthanmydentist (Nov 24, 2022 at 12:08)
No way! New parents need to ride more than anybody! That hour and a half away every day was the antidote with babes / toddlers around!

slowerthanmydentist (Nov 25, 2022 at 19:57)
@audeo03: Not at all! I was able to spend more time with my kids than any dad I know! And they were the best times of my life. Four months with the family every year living in a van on Mexican beaches, in the American SW deserts and BC and Yukon forests and rivers. And thousands of afternoons and evenings biking, climbing, hiking and swimming after work with the kids every step of the way. I just have a great wife that knew we were better parents if we had some self time too!

swoofty (Nov 24, 2022 at 9:30)
All these comments are kinda funny. It was the birth of my first child that got me into trials riding cuz my wife said I couldn't be gone all day anymore and trials allowed me to get in a quick ride anywhere, anytime. He is a professional rider so I don't think it'll affect his schedule too much.

DrRiptide (Nov 24, 2022 at 9:37)
Congratulations. That baby smile when they are sleeping is the best feeling. Good luck to you both on your new adventure!

bunjiman82 (Nov 24, 2022 at 15:24)
The length of time he took getting there it's not surprising baby was already dressed and fed... Plus if he only thinks to get a bottle in his way once he gets the call, dude is seriously underprepared

that aside, there were some neat trucks in this one, loved that spin landing backwards at the top of the stairs!

Jordansemailaddress (Nov 24, 2022 at 9:26)
The real lesson here is- if you want your partner to “rush home” when you text them while out on a ride, choose an XC, Enduro, or DH partner!

mi-bike (Nov 26, 2022 at 1:45)
Best case-in-point video for "all bikes need a bottle holder in the front triangle" that has ever seen the light of day

Borealwoods (Nov 25, 2022 at 14:12)
Great video! Congratulations man! Kids are the best, especially when they start riding with you!

tacklingdummy (Nov 24, 2022 at 19:17)
I cringed when he jumped into the river with his bike. Guaranteed to have creaks after, but Canyon will take care of it.