It is not easy for anyone to completely reinvent themselves. Especially not if you are used to an adrenaline-fueled lifestyle full of action and then have to start a completely different life almost from scratch. Mountain bike freeride professional Tarek Rasouli was forced to take exactly this step when he seriously injured his spine at the height of his career and was confined to a wheelchair from then on. Since that momentous day in 2002, Tarek has been proving every day that giving up is not an option and that there is nothing that can drive a thoroughbred mountain biker out of the mountain bike business. Red Bull TV's "The Reinvention of Tarek Rasouli" shows how the Munich native ticks and how he managed to go from being a professional freerider to becoming one of the most important opinion leaders and influencers in the bike industry. 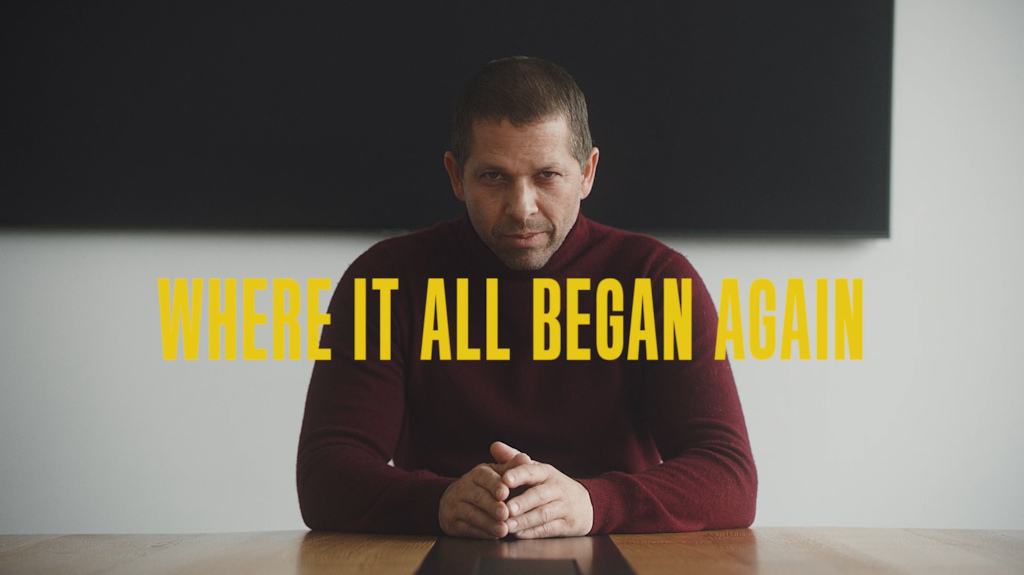 The dramatic accident turned Tarek's world upside down. His whole life, from BMX Races around the world to his admission to the legendary Rocky Mountain Froriders, was geared towards a career as a professional athlete. In all the uncertainty that set in after the paraplegia, only one thing was certain: Tarek wanted to remain part of the mountain bike world - and not just on the sidelines, but still in the middle of it.

With the development of the freeride pages of the German Bike Magazine, Tarek’s second career began to take shape. His first event “Ride to the Lake” soon followed – a huge success, from which the famous Red Bull District Ride would later emerge. In addition to journalism and event organization, Tarek kept asking himself what was missing in his active time and what would have made his life easier back then. His conclusion: for someone who really just wants to ride bikes, having somebody to take care of the organization and administration involved. The idea of ​​professional management for bike athletes was born.

Today, Tarek's agency RASOULUTION manages top athletes like Danny MacAskill, Fabio Wibmer, Thomas Genon, Emil Johansson or Erik Fedko, organizes bike events all over the world and develops and supervises communication concepts for various brands from the bike industry. Additionally, Tarek volunteers as an ambassador for the Wings for Life Foundation, which supports research and studies on spinal cord and spinal cord injuries with the declared goal of finding a cure for paraplegia one day.

Tarek is particularly looking forward to the annual Wings For Life World Run on May 9th.


But deep down, Tarek is still the mountain biker who just only wants to ride a bike - he is happiest when he's out on his hand bike.

Join Tarek’s Team for the Wings for Life World Run on 9 May 2021:Team RASOULUTION

DoubleCrownAddict (Apr 29, 2021 at 15:33)
What an inspiration, imagine this happening to you. Would you give up or strive to take as a challenge and actually become a more well rounded and professionally successful person? Keep it up Tarek!

bigtee (May 1, 2021 at 6:48)
Thanks a lot everyone for the positive feedback and kind words. I have to say thank you to the whole bike industry which includes very much also the Pinkbike community, BC and lot sof friends in the bike world, if it wasn't for all that, I have no idea where I would be today and how I would have continued my life. The emotional and positive support from the bike world felt endless and so uplifting that I was stoked to stay in the bike industry and elevate as much as I can. I hope that some of you join me for the Wings for Life Workd Run on May 9th. Everyone RUNS FOR THOSE WHO CAN'T. You can of course just sign up if you are not into running at all or you can walk as well, but signing up means you support Wings for Life which has only one goal: the CURE of Paraplegia. Join riders like Danny MacAskill, Fabio Wibmer, Thomas Genon, Erik Fedko, Gabriel Wibmer, Tomomi Nishikubo, and many more in our RASOULUTION Team: www.wingsforlifeworldrun.com
Thanks a lot and keep riding and do what you love. Tarek

DGFortyThree (Apr 29, 2021 at 16:30)
Inspirational story, for sure. One of the nicest guys you will ever meet and his commitment to the sport and its athletes is on another level. Great to see his story highlighted! Keep charging, Tarek!

konamat (Apr 29, 2021 at 23:04)
Good to hear from Tarek! Maybe not the legend of the sport we first think about, but definitely an iconic rider for the older ones of us and a great guy overall. Rasolution has been working hard to promote freestyle/slopestyle MTB and athletes through the years, and Tarek should be thanked for that.

dh-corn (Apr 29, 2021 at 23:59)
Can remember the news when it happend. If I remember correct it happend while filming for "Kranked" as a part of the Rocky Froriders. Was such a setback for the german szene.

Big Probs for his way since then!!!

emptybe-er (Apr 30, 2021 at 1:51)
I remember reading about Tarek’s accident on PB almost 20 yrs ago. Cirque du Soleil in the Canadian bush known as freeriding was fresh and pretty much single-handedly steered mtb away from clipped-in lycra switchbacks with skinny tires, purple ano, wagon wheels. Oh wait.. Well, 3 out of 4.
And, of course Shaums, the Superheroes, and Bender also helped shape things. Unfortunately, things have somehow regressed and morphed from that concoction of radness to a 3d printer competition of orifice stuffing and accessorizing.

Anyway, it stuck with me all these years, the massive outpouring of kind words and positive influences shared by so many. It left a pretty strong impression and I’m glad he’s back.

everything2ride (Apr 30, 2021 at 3:13)
It was time for this article! Thx to everyone who supported Tarek during the harsh time an thx Tarek for not giving up. Without your contribution to FMB it whouldnt be were it is today. Drop in die Ewigkeit

spankthewan (Apr 30, 2021 at 9:08)
Seems like a rad and driven fella. I remember downloading and watching these movies on repeat before YouTube, before I even knew what a mountain bike was. All I knew was I was inspired and had to get out of Louisiana, into the mountains, and buy what I thought was called a softail bike. Keep on keepin' on, Tarek.

andrewvankuntz (Apr 29, 2021 at 20:12)
I had a Rocky Mountain Rasouli Flow and broke that shit bunnyhopping off a curb... Ill never forget that. thanx torque