Labour of love is an epic trail in Squamish, but did you know it was a Trials Moto Trail before?

It is the closest trail from my place, and I had not ridden it on a Mountain Bike until the day before this video. I don't why because it's awesome! Labour of Love was originally a Trials Moto trail to access Valley Cliff which is how I discovered it.

Make sure to ride well within your limit during COVID-19 and to respect the rules from your government.

Stay safe, happy and healthy out there. 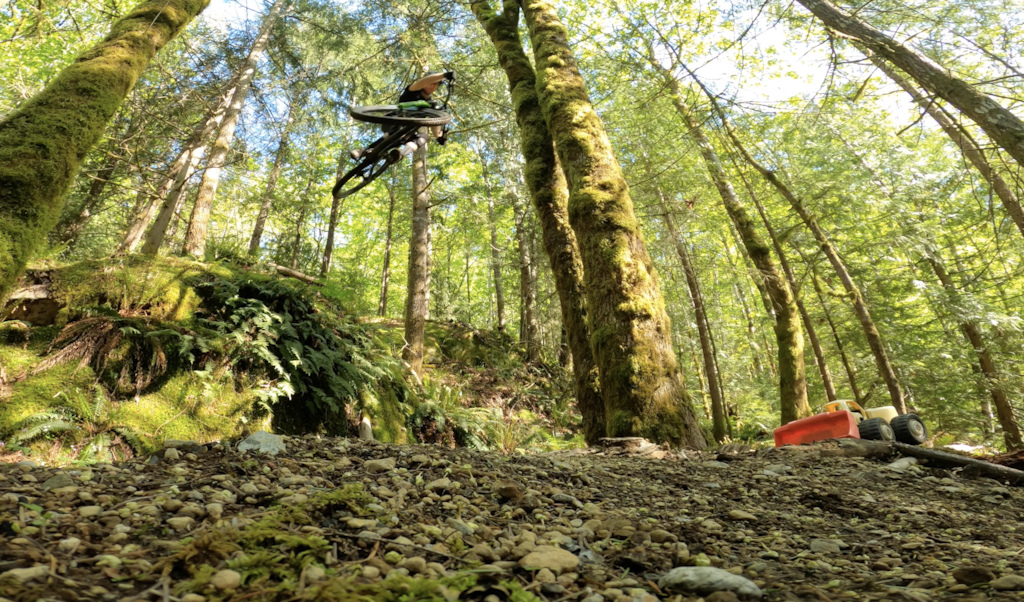 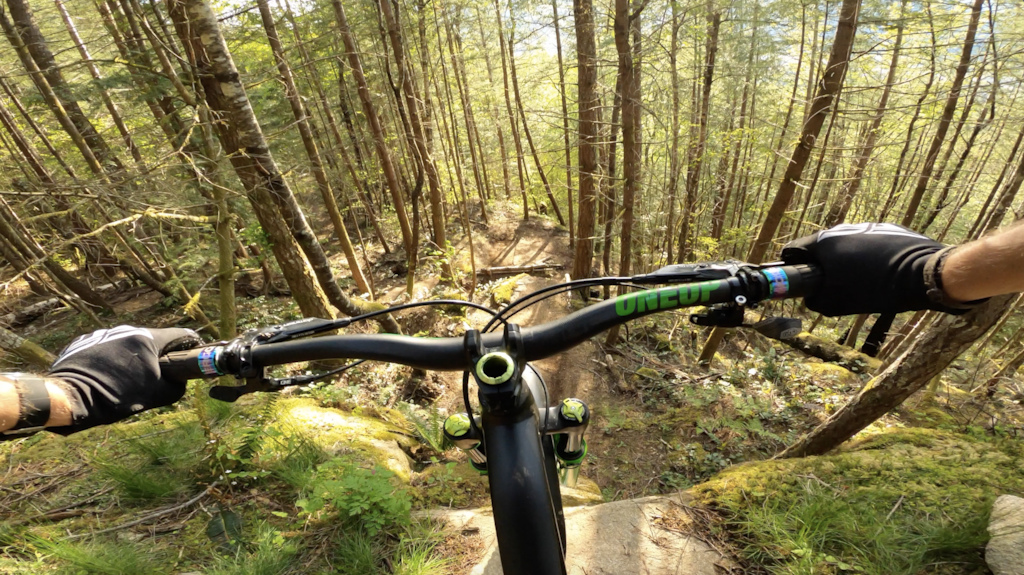 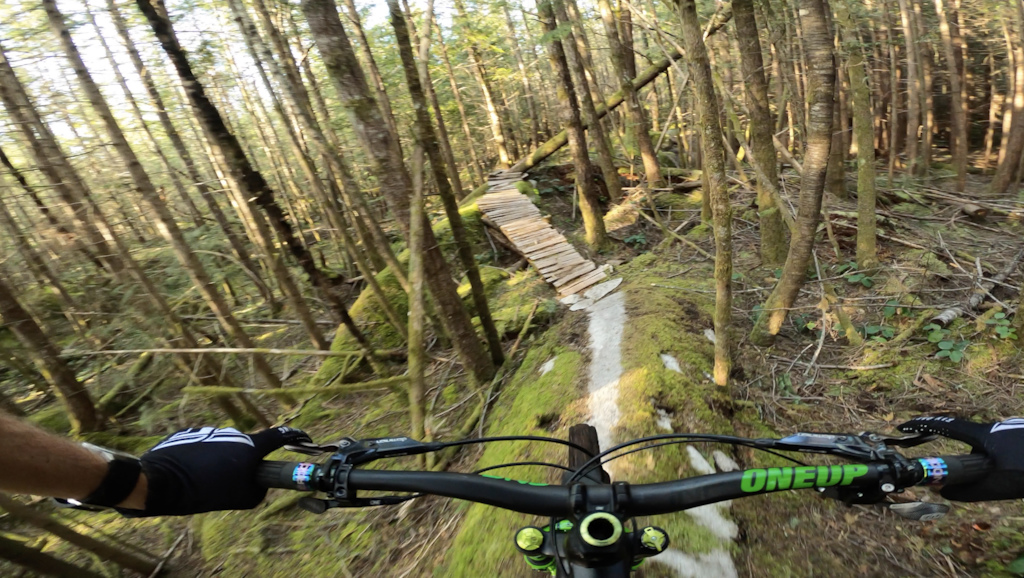 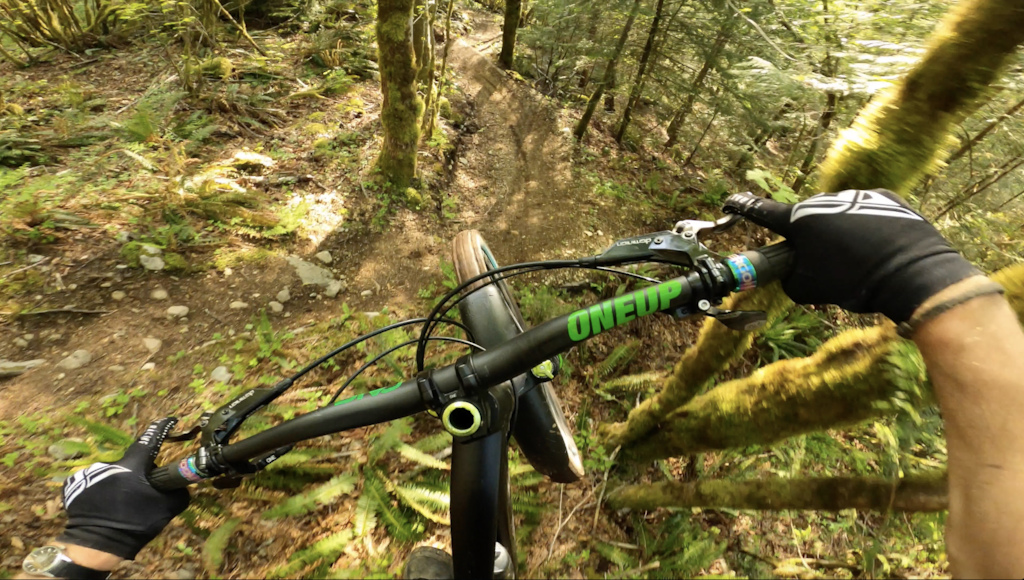 I love it, trail looks so fun, if only those were "little drops" to me.

For Remy = small little fun drop, for us watching his gopro = Mmm seems more like a big jump/drop and in reality = f*cking big and steep stuff I wouldn't ride! lol

snorkelsucker (May 10, 2020 at 13:17)
This is beyond awesome but is this really a trail or has Remy just got lost in the woods and is pulling together the (marginally) least deadly route back home?!

friendlyfoe (May 10, 2020 at 12:49)
Second photo from the top (or 7:00 min) roll ins like that always scare me the most where you have to point the bike down and then somehow pull up on the bars half way down for a drop. Weight is in all the wrong places right when you need to pull, and I've had a few times on smaller versions of that where the front wheel just didn't lift and had a sketchy nose heavy landing. Still haven't figured out a good technique for that.

gramboh (May 10, 2020 at 23:26)
Haven't ridden this trail (and easier said than done) but you need some momentum into the drop part of moves like that. If you creep too slowly you basically have to do a wheelie drop or else you end up with your bodyweight way too far forward as you fall ahead of your bike, best case a harsh G-out but usually worse.. there's some Manager fails from Whistler from doing that.

remymetailler Plus (May 10, 2020 at 23:39)
@gramboh: No actually should go very slow down it. The biggest problem could be to go slightly too fast and have your rear wheel in the air at the moment where you should be pulling the front wheel. It's all about the weight transfer and timing.

friendlyfoe (May 10, 2020 at 23:51)
I think he was saying that once you tip into the roll you need to let off the brakes which I wouldn't disagree with. I just struggle with the technique that once i get into the roll being pointed downward makes it harder to pull up on the bars. I would guess it's probably just a case of being scared and getting into the back seat too early.

amonas (May 11, 2020 at 2:26)
FFS get this man a shoe sponsor !!! He is putting at least the double effort of some other full sponsored guys..... always a pleasure watching him riding.

hpattullo (May 11, 2020 at 19:12)
"Hi I'm Remy and today we are going to ride within our limits and not take any risks. Now watch me ride all of Treasure Trail without touching my back wheel to the ground"

remymetailler Plus (May 10, 2020 at 12:23)
Because it is not part of my contract. I actually really like the product, but on every ride I use a back pack and storage my tool in my front pocket. Easy and fast access if needed and I prefer that set up. The EDC cap though is more reliable than a regular star so I really like it.

Mtmw (May 10, 2020 at 15:46)
@remymetailler: Understand no EDC tool- There's a blank end cap you can buy (see link) that keeps mud out of your bike and turns it into a storage area. You could fill it up with a tiny baguette or cream cheese or something. The possibilities are endless.

Isn't it the worst excuse not to ride in the mud? Ha ha

BrentZombie (May 14, 2020 at 9:48)
Question. Maybe a dumb question at that. Other than nose manuals looking bad ass AF, do they serve a purpose? Is it just for style points? I feel like it's counter intuitive to put weight more towards the front when going down something, but at the same time, it seems like if it is properly timed it actually distributes the weight more to the back of the bike once you hit the transition (therefore kinda reducing the impact the front of the bike takes). Any logic to my thinking? I probably won't ever be able to do one, but at least if someone tells me its just for style then I have a reason to say I haven't cared to learn how.

remymetailler Plus (May 14, 2020 at 12:44)
Why would you not be able to do one? Check out I have done a video about them. Doing stoppies is a great skill to have to learn and master breaking control. It's actually helpful in several situations!

remymetailler Plus (May 10, 2020 at 22:50)
@PocoBoho: I only ride products I love and so far I have only liked 2/3 pairs of shoes including Giro and Shimano. Giro is not interested, and Shimano will conflict too much with my other partner. They also will not offer just a shoe partnership.

maxgod (May 11, 2020 at 10:16)
@remymetailler: I don't know which Giro or Shimano models you liked but I've been pretty impressed with the new ride concept transition if ever you haven't tried those already. Not too stiff yet not too soft, good ankle support and light and sturdy. The only downside I can think of is that they take a longer time to put on because of the laces and the strap.

but saw your reply .
French is my third and second foreign language.And I managed to get rid of accents in both these ( English / or be it french ) and was hoping to encourage you in a positive way to pass that honestly. So yeah someone from Romania stuck for the time being in Québec.
Props for your other successes though.

barbarosza (May 11, 2020 at 7:02)
Hey listen I admire your career and have a massive respect for all of what you have accomplished and I take back my words I was basically a dick. Andrei.

remymetailler Plus (May 11, 2020 at 9:10)
@barbarosza: Thanks Andrei, I have was myself making a joke, but I loo so serious that people don't always get it. Or it's my accent. You accent was not deleted. It's in the hidden thread.

My purpose was to encourage you to get better at it but I realized shortly after my second comment that thru negativity I won’t get anyone at their best.
I was only thinking hey man at his level even him isn’t perfect at it. But I don’t have your balance on the bike and I don’t speak Spanish at all .

1. I was a dick I take it all back you do an amaizing job and effort
2. Certainly don’t get affected by anyone saying bag things about your work

remymetailler Plus (May 11, 2020 at 14:43)
@barbarosza: No worries at all, I always take that as a way to improve. After all even though I speak Spanish and French, my English has barely got any better in 6 years. My vocabulary is pretty poor, let aside my pronunciation...

I’m sure I made my point.

vinay (May 10, 2020 at 12:30)
@remymetailler: No, I absolutely love the uphill sections. Sure they may be slower but I love the skill that goes with it and you seemed quite happy clearing them too!

Timo82 (May 10, 2020 at 16:33)
@vinay: Yeah I found it weird that he was now complaining about the climbs as I always thought he liked to go up!! lol He seems good and is happy when clearing some sections so really didn't think he hated to climb! lol

vinay (May 11, 2020 at 1:31)
@trollhunter: I've got no experience riding bikes with pedal assist so I can only comment from reading articles. I do like that they allow for climbing steep tech stuff so I'd much rather see that than seeing climbs being dumbed down. That said, I wonder how good modulation has become at this point. I understand that the new Shimano 7000 motor was designed for less power and more modulation and obviously Specialized is going down that route too. It seems to me that for it to properly honour the rider skill, the amplification should be fully proportional to the input and it should also be instant. Kind of what we have become used to with our powerful disc brakes (compared to decent but less powerful disc brakes). It seems to me that if the pedal assist response is lagging, it makes it harder for you (not giving you that instant boost over an obstacle, or instead keeping the power up when you need to back off for a soft/loose section). Or on the other hand, make it too easy for you because it smooths your stroke whereas you're actually stomping in a way that would otherwise never make you keep traction. But yeah, if pedal assist has become as controllable as we've come to expect from our powerful disc brakes, it has arrived. If not, that would be the dot on the horizon to aim for (more so than making them lighter, more powerful etc).

Either way, I just like to see technical climbing and there are only few of them who publish exciting climbing videos. Remi is one of them and I'd love to see him continue to do so.

barbarosza (May 10, 2020 at 19:55)
I just can’t. Alll my respects to the efforts but maybe put some money into loosing that thick accent ? Somehow . Yeah everyone would downvote me and hate me and all but that’s the only reason I can’t stand watching it.

bman33 (May 11, 2020 at 11:05)
Can you please point to the video clip where he says he is immune? You understand he is a pro rider, hyper in tune with his capabilities, his 'easy' day is more difficult skill wise than 99% of Pinkbike commentators and your virtue signaling is just as annoying and lame as the previous folks whining about said pro rider(s) out doing what they do for a living?

bman33 (May 11, 2020 at 11:37)
@monkeybizz: not grasping at all. Pretty much every lame comment denouncing these riders for daring to make a living in a way safer than driving a car around town is met with points such as mine noting the flimsy foundations your comments was built on. Must be a miserable existence judging folks actions and livelihoods in the way you have here.