Video: Remy Metailler Rides the Gnarliest Lines on the Shore with Steve Vanderhoek

The Shore is super gnarly! Ask Wade Simmons or Brett Tippie, they know a thing or two about it! It's only 45 minutes away from my house, but for some reason though I have barely ridden there, so I needed a guide.

I first heard of Steve Vanderhoek through some videos he did featuring some insane rock slab lines. He actually was in a few movies filmed on the shore back in the day with some stunts the local and legend Digger had built. We connected on Instagram and rode together for the first time in Squamish a few months ago and he offered me to check out his own features. The lines on this video are absolutely insane, and I thought I will not attempt one of them because the exposure and the risk, of dying, literally. Props to Steve for having that vision, the work he put on theses features and the skills and courage it takes to ride them! 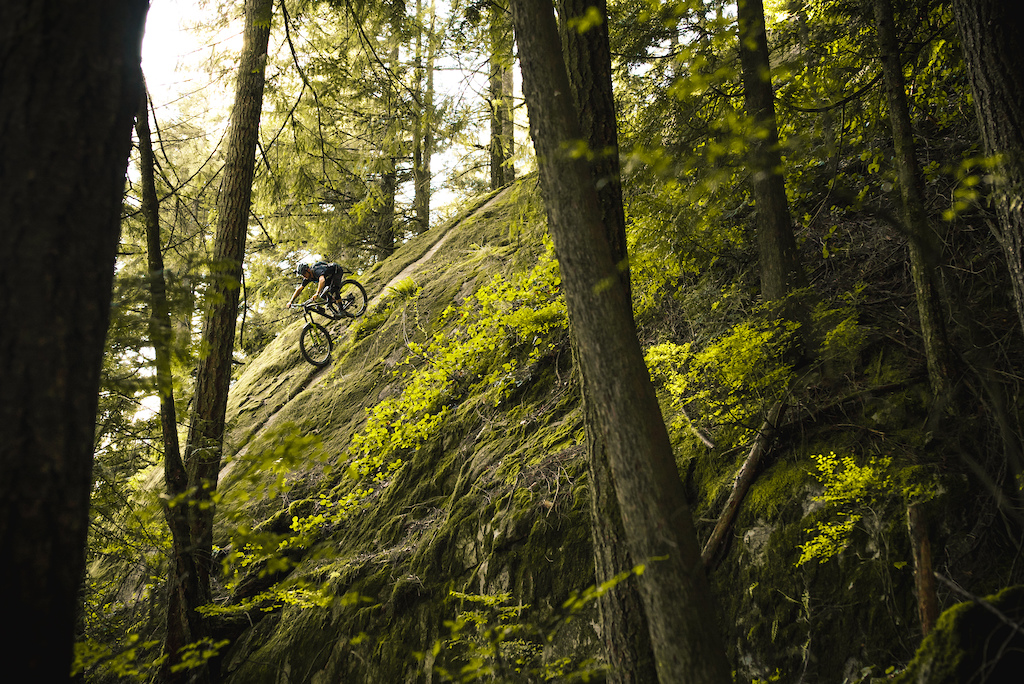 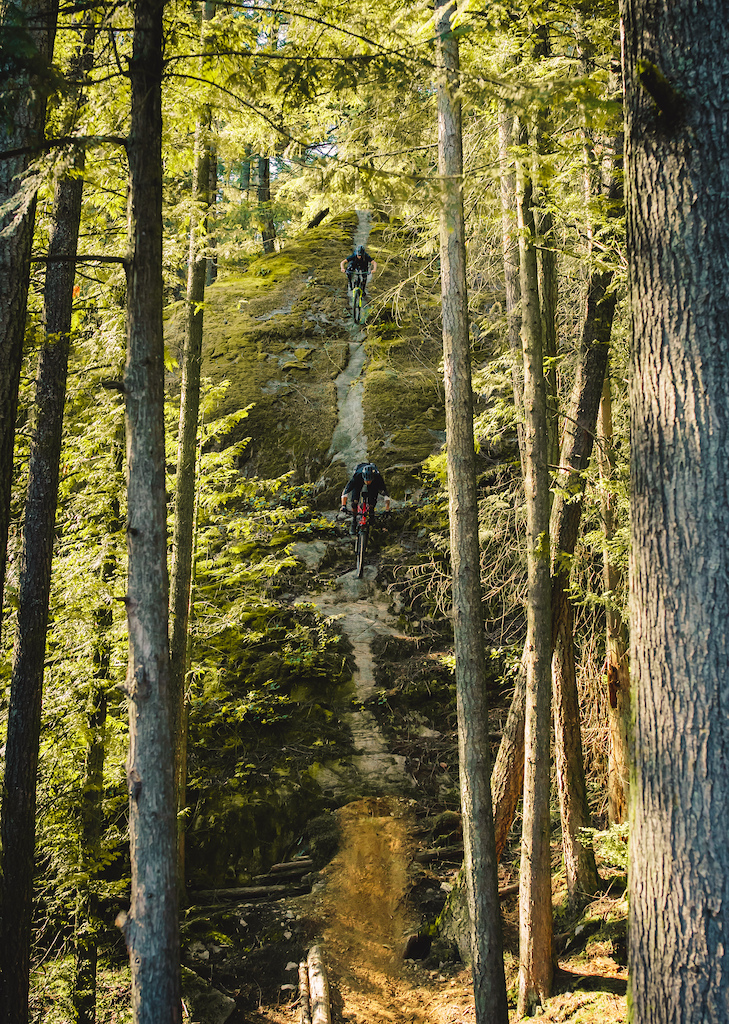 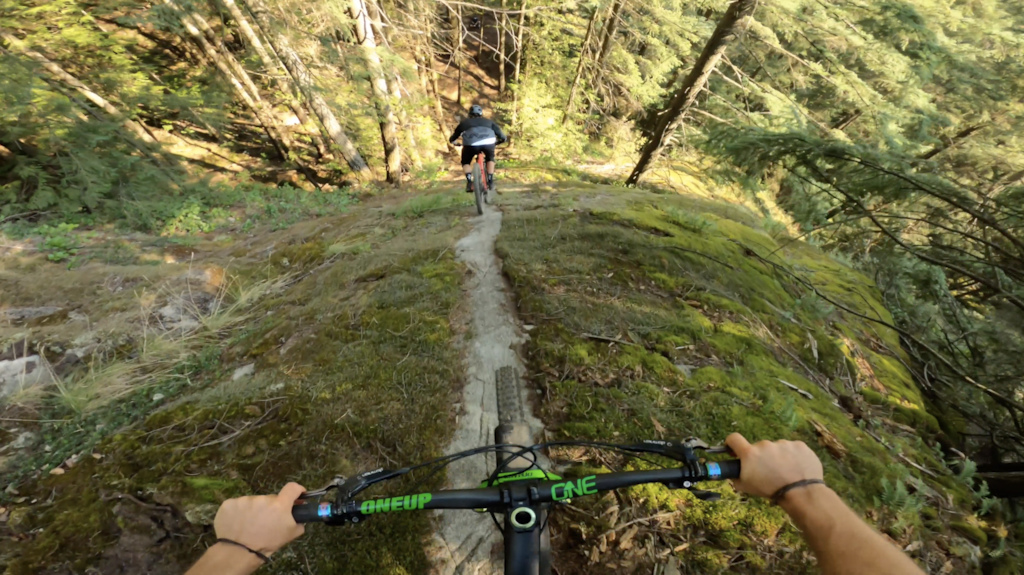 localmotion (Sep 16, 2020 at 8:20)
WOW! If Remy is bowing out of a rock roll, it must be insane! Nothing like a 50ft dice roll to start a trail. Crazy these guys are only wearing lids and only knee pads!

jake133 (Sep 16, 2020 at 10:45)
Seriously. Seems like it would be worth the heat on the way up for a full face but guess these guys are confident enough with out them. Funny cause if they were on dh bikes they'd one hundred percent wear one. Sick video none the less.

monsieurgage (Sep 16, 2020 at 11:43)
@jake133: at a certain point there are so many potentially fatal injuries. Thoracic, cervical, abdominal trauma, femur and pelvic fractures...endless ways to die there. So I wonder if they went minimal for comfort and if things go wrong then it is a quick death hopefully?

I would like to hear Remy and Steve's perspective on why no full face and neck brace.

stevev88 (Sep 16, 2020 at 16:37)
@monsieurgage: Really good points you guys bring up! I honestly wear my full face (smith mainline) most of the time now. For these specific features precision was key to succeeding and not making a fatal mistake. We both opted together for the half shell so we could have the best vision/peripheral for sniping the lines. But I agree that the full face would come in handy in a crash

housem8d (Sep 17, 2020 at 8:05)
@monsieurgage: theyre not even thinking of crashing. full commitment or sell the bike

Theguyfromthealps (Sep 17, 2020 at 14:09)
@monsieurgage: In Remy's own words, he does't wear a full face helmets on this sort of features, because it distorts his perception of speed and perspective, making him feel less confident. He wears full face for high speed stunts on his dh rig.

viatch (Sep 16, 2020 at 8:24)
Ive never seen Remy this unsettled. My goodness im glad these are kept secret(for the most part) because this shit cray

fautquecaswing (Sep 18, 2020 at 13:43)
@jaydubmah: the same to me. I'll see gnarly stuff differently from now, thinking about guys like Steve opening it first.
Men, you are on another planet we cant even imagine.

2wheelzgood (Sep 16, 2020 at 18:12)
that's probably the best video i've ever seen on here, Remy is an incredible rider but Steve has got liquid nitrogen in his veins!

CircusMaximus (Sep 16, 2020 at 11:21)
Really cool video. Enjoy getting to listen to top riders discuss every consideration that goes into executing such insane moves. Steve is a beast! Remy beyond controlled as usual.

north-shore-bike-shop (Sep 16, 2020 at 19:24)
Excellent video thanks for all the insight! Remy I checked out your lines on and around Gouranga and was blown away (unable to ride most of them) Steve I know better than to even waste my time searching for your lines lol.

HOPE YOU PITCH IN FOR THE CAMERAMAN'S THERAPY WTF

GODDAMMIT I CAN'T LEAVE MY HOUSE BECAUSE MY NEIGHBORS ARE ALL BREATHING VIRUS ON EACHOTHER AND I CANT SEE THE SUN FROM SMOKE AND YOU'RE DOING THIS??

I'M GONNA GO BUY SOMETHING ON JENSONUSADOTCOM AND CALL IT GOOD

obrien-r (Sep 17, 2020 at 4:09)
Video is SO MUCH better for the commentary and talking about the lines!! Whilst I love a good edit of gnarly lines, the discussion between Remy and Steve took it up next level!! "Good times..." "Yeah buddy..."

brettkel (Sep 16, 2020 at 21:28)
This is absolutely puckering. Awesome to see the king of squamish gnar ride some shore level 1000 with a true shore wizard. Unreal riding guys !!

Sshredder (Sep 16, 2020 at 10:39)
When I ride at Squamish. Double blacks . I see what looks like impossible steep crazy lines. I call those Remy lines. On the Shore : Wade lines. Respect.

dirtyscrotumrider (Sep 17, 2020 at 19:28)
Hey Steve... some words of wisdom from an old retired hose monkey that still tries to shred...retirements great.. try to put in your time kid but holy shit if you keep rolling the dice ... I don’t know... INSANE!

stevev88 (Sep 17, 2020 at 20:52)
Thanks for the words! I am changing how I approach things. Broke my collar bone last year and was an eye opener. I take a much more calculated approach. Appreciate the wisdom! Hope retirement is treating you right.

hcaz (Sep 18, 2020 at 9:22)
This was probably the most interesting bike video I have ever watched. The discussion and high level riding combination with two professionals of this caliber will be hard to beat. I hope Remy and Steve do more videos together and will strongly consider their sponsors when I need new gear.

hcaz (Sep 18, 2020 at 9:40)
And for the record, it would have still been an awesome video without the extreme risk. These guys both have awesome riding styles!

First time I actually ever thought about belayed riding. Would protect the cliff, but no way for belayer to keep up with the speed of the run out, even with pre-paying out slack all the way to the cliff.

tacklingdummy (Sep 16, 2020 at 12:17)
Incredible riding. Can't believe after doing it once, those guys kept going for more. Super high consequence. Freaked me out just watching it.

Dustfarter (Sep 16, 2020 at 13:37)
That was very entertaining and also insightful to see how they approach and break down each feature. Way more considered than I'd expect.

Elgaucher (Sep 16, 2020 at 16:13)
To think that remy cased on purpose because it’s the only way to slow down the futur is mental to me. Good job as always. Remy t’es mon idol point

Props gentleman, that was ridiculous.

Agleck7 (Sep 16, 2020 at 13:36)
Got super anxious just watching. Really cool seeing all the discussions and behind the scenes

doger66 (Sep 18, 2020 at 13:29)
So cool hearing you guys talking through line choices on what can only be called a controlled free fall down the side of a cliff. Crazy good!

gramboh (Sep 16, 2020 at 23:28)
Hahaha, yeah you can figure out approx where it is and it would be dope to see how insane it is in person, but I don't think random people are gonna step up to these features!! And let's hope only those with the skills try it!

skimtb1 (Sep 17, 2020 at 9:11)
@N-60: Haven't lived on the shore for 10+ years, but would be cool to check it out if I had some time to burn in the big (sh)city! Some of the other trails in that zone used to be pretty fun but not sure if they are still running. Looks like it all goes, but these days that risk/reward ratio sounds iffy...

jordanlh (Sep 16, 2020 at 9:44)
Those lines are absolutely bonkers.. But the click-bait youtube titles on these videos really need to go

jordanlh (Sep 16, 2020 at 10:24) (Below Threshold)
@remymetailler: Not doubting that it was! Just commenting on the clickbait style that is common these days is the mix of CAPITAL words and EXTREME hyperbole in some of the titles. Nothing against the riding though man, always a huge fan!

remymetailler Plus (Sep 16, 2020 at 10:29)
@jordanlh: Unfortunately if you don't play that game your content does not gets viewed and it does not matter how good it is. Some stuff is a race to the bottom theses days.

jordanlh (Sep 16, 2020 at 10:31)
@remymetailler: Tough out there for y'all content creators. Well regardless of what you call it I will happily watch!

Yes, it's a SEO Youtube title.
Rampage less scary... You'll have to build a scarier line in that case!
Gnarliest lines on the Shore. Says who?!

remymetailler Plus (Sep 16, 2020 at 11:07)
You went through the effort of creating a Pinkbike account today just to post anonymously that? Congrats.