Usually Crank It Up, a blue flow trail of the Whistler Bike Park is not on my list of go-to trails. I am more a Dirt Merchant, Aline kind of guy... But after riding it behind Karver, things are about to change.

Oh and if you prefer bigger jumps, bigger berms, check out my other video following local shredder and photographer Matthew Tongue: 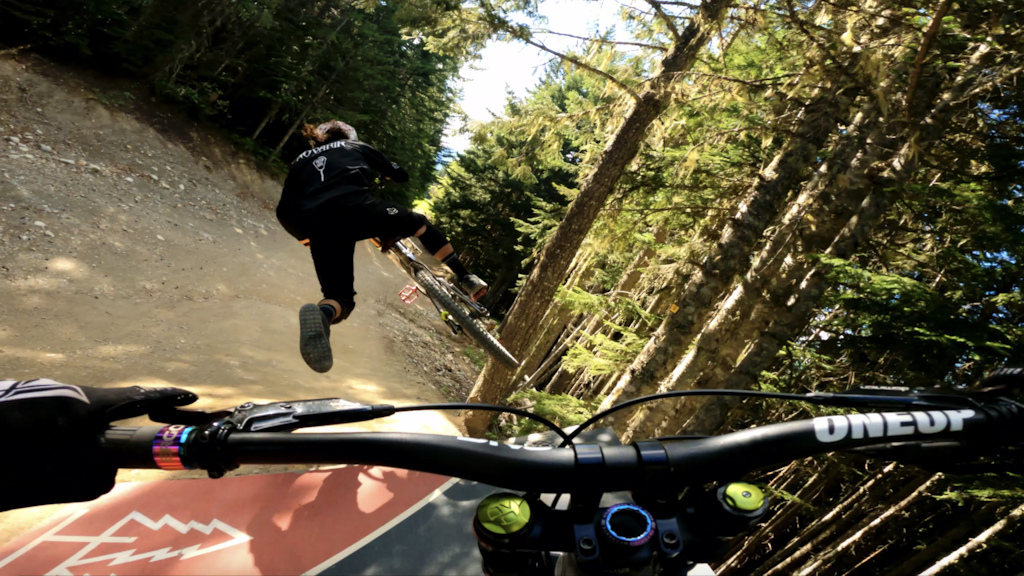 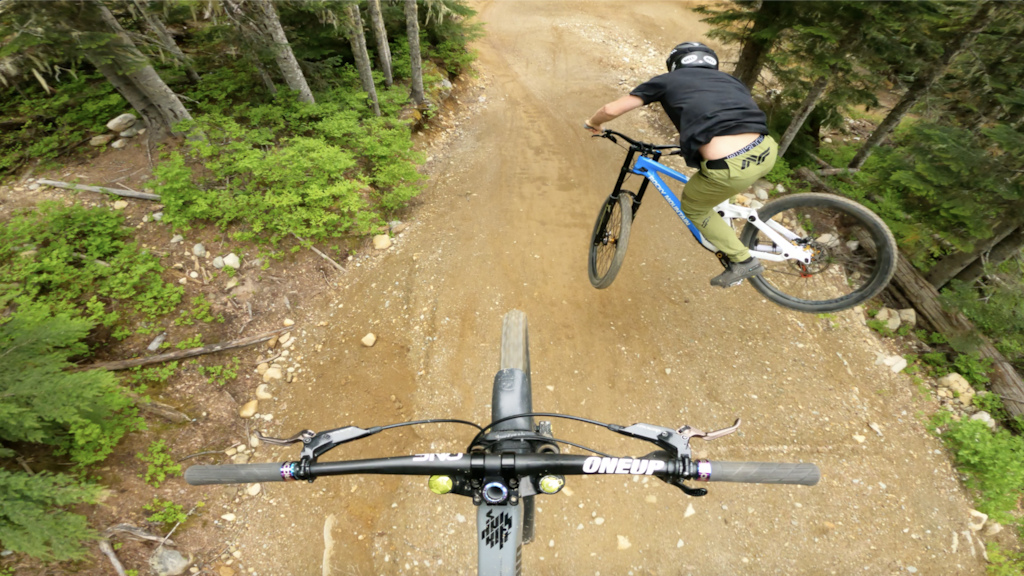 Thanks Whistler Bike Park for always delivering the goods!

Last time I rode with you was at the Big Bear NORBA in 2000 when we were both on M1’s — I was hiking up to jump the rock garden (boosting off a rock lip) and then you scoped the same rock lip and starting hiking up as well. I hit it, you followed, and you stopped after to give me a high five...probably the highlight of my racing career to get high-fived by Kovarik (on the same day you destroyed all the other slalom racers by 1.5 seconds in qualifying, incredibly). And we were reportedly the only two riders to hit it all weekend. Thanks for the good times and the good memories. Hoping I can find you on the trail at Whistler sometime...it would be a dream come true to ride with you again, 21-22 years on =)

likeittacky (Jun 7, 2021 at 10:08)
Cool story! Although I'm worried all this went to your head and if that day happens again, well good luck if you send that old rock lip!!

stuie321 (Jun 7, 2021 at 8:00)
I know I’ll get downvoted to oblivion for this. Skidding through the corners like that makes a mess of them in no time and then they are s$&t to ride

maddrum (Jun 7, 2021 at 11:10)
Yet another video in PB proclaiming skidding and oversliding... Cristina Chapetta - watch this!

anthotalev (Jun 7, 2021 at 11:10)
WOW Matthew is a shredder! High speed thru the trees and down that twisty tech section was insane.

mior (Jun 7, 2021 at 9:00)
all of the trails near me are terrifying ultra steep tech. i would be stuck on the green and blue jumps riding terribly but the tech would be easy peasy lol