May 7, 2015 at 6:47
by James Splinter
Share
Tweet
2 Comments
I'm not a threat to podium in the Open Men's category, but can definitely get a top 5 in the women's. So why do I race Enduro? This is something I've recently been thinking about, after my last two weekends have been spent racing both the Pemberton Enduro, and BC Enduro's Sunshine Coast.

I'm 6'2", I weigh 240lbs, I got uphill very slowly, and according to Strava, I'm usually the bottom 5%. But sometimes going down (on my own trails) I can hold my own. So, why would someone like me race Enduro? Spending my hard earned money to go to a place, race, and ultimately finish near the middle of the pack. I look ahead at the trail profile and groan when I see how much racing uphill in a timed stage I'll have to do.... I can already feel my lungs bleeding. I think, "can I make my bike lighter?" Something to give me the edge, that little nudge that will put me over the top and finally on a podium. Is carbon the answer? My buddy Liam said it best "you want to lose 5 pounds from your bike... why not lose the 5lbs yourself?" Damn honest friends.

I've raced Enduro for a couple of years now, always with the same middle of the pack result, always spending way too much money doing it. Last year, my friend Jeff and I did the Penticton Enduro (BC Enduro Series). Stage 2, I got a front flat. I sat trail side trying desperately to pump up my tires to a PSI worth riding, watching 3 riders pass me by. Not one of them offered to help.... but I digest. Pedalling up to the start of the final stage on day 2, I snapped the bolts off of my carbon cranks. The following weekend, I raced the North Shore Enduro (again, BC Enduro Series) on a hardtail... I didn't crash, but I'm pretty sure I bruised my kidneys from that race. Racing a hardtail on the North Shore? Going into the race, I knew I wasn't going to win. Yet, I sliced the sidewall of my rear tire. Just in bike repairs, I was down $600. Add on all other expenses, we are creeping up to $2000, just to go and race, and not win. 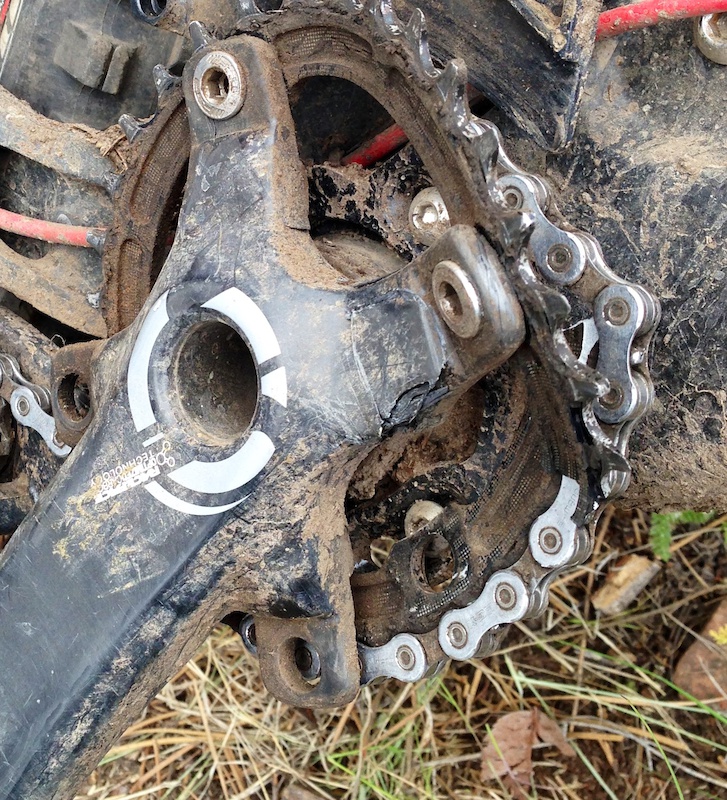 These past two weekends, I raced the Pemberton Enduro. Jeff and I rode 34kms, and climbed 1900m. OK, Jeff climbed 1900m. I climbed around 1700m, and walked up the last transition like a rusted tin man due to cramps. I raced that course blind, having never ridden any of the trails, I had no idea what I was getting into. Where are the climbs on the stages? Where are the descents where you just close your eyes and your only means of holding on to your bike is by your ass puckering to the seat? Where is the end? 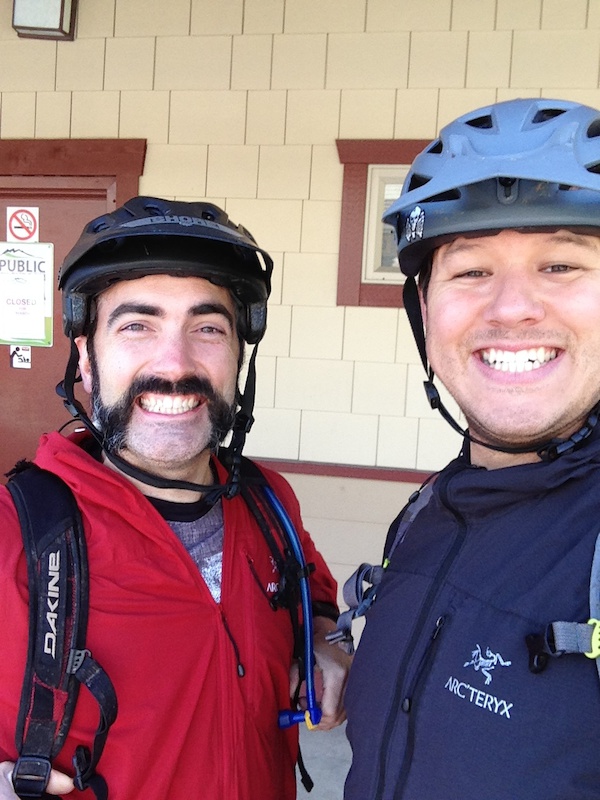 And this past weekend, where I contemplated the question of 'why' more than anything. I did the Sunshine Coast Enduro, it was on my 38th birthday. All my friends who wanted to do it, had to bail due to other commitments. So, I was by myself. My wife shuttled me twice to get a look at the course. I had lots of alone time to think about my answer, and this is what I came up with: 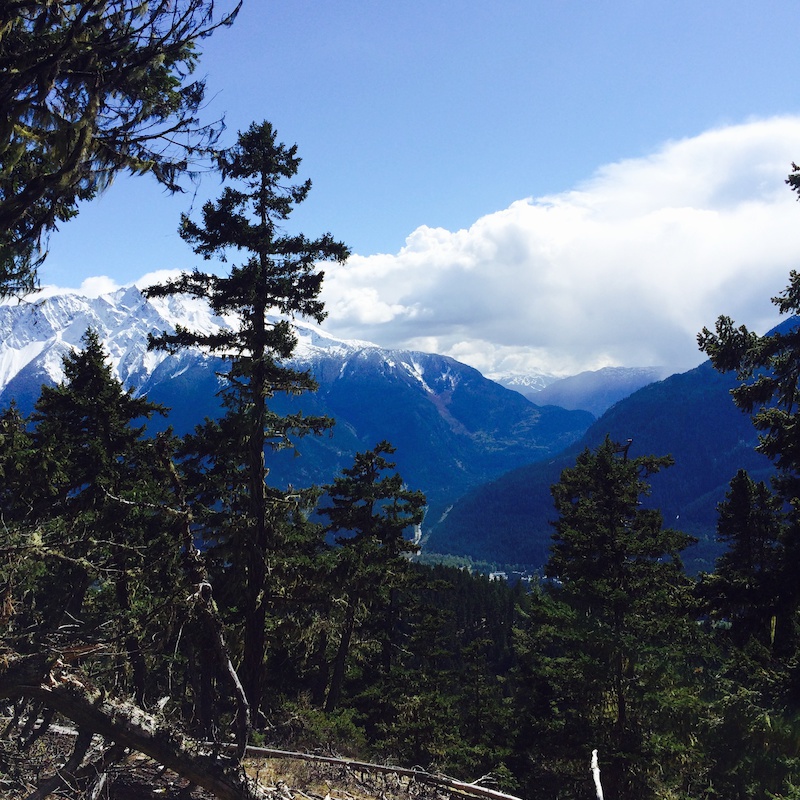 Why do I race Enduro, when I know that I am not going to podium. And there isn't a simple one worded answer. But it is a simple answer, that I found for myself. One, last year when I raced the Squamish and Penticton Enduro with Jeff, I had an amazing time. We have a competitive nature between the two of us, and we go out and basically race against each other. Just me and him, with a bunch of other people that we don't know. But it's mainly between him and I. We both know that Jeff will kick my ass up a hill, but we are so damn close together when we are going down a hill. Last year, in Penticton, Jeff beat me by 3 minutes, and that was with me getting a front flat and having to do my last stage chainless. Yeah, sounds like a lot of time. In Squamish, I beat him by 50 seconds. This year in Pemberton (where Jeff lived for 5 years), he had an over the bars crash, and I raced blind. I beat him by 6 seconds. Did I mention that he was on a hard tail? Therefor, reason one is for the competition with your friends on the downhill, and chatty on the way up. It's like a normal ride with bragging rights.

Two, which I realized this weekend. I was racing alone, chatting with whoever I caught up with at the beginning of a timed stage. I met lots of cool people, a few I caught the name of, most I didn't. But as I ride/race down a trail, right after my bike fell into a tree well, I caught myself giggling. Sure, I had no chance of breaking the top 10, but I never would have ridden the trails that I was racing on, if it wasn't for this Enduro race. Hell, I never would have found the trails I was on. Yes, stage one, I fell of a ladder bridge. Stage two, my shock unexpectedly lost air pressure. Three, I got stuck in a swamp. Four was where my bike fell into a tree well, and five was where I baseball slid into a deep mud puddle and then I tried to have a romantic encounter with my stem after smashing my pedal into a trail side log. But I had so much fun, that I want to show all of my friends where I rode my bike.

And you know, if I fix those mistakes that I made.... I might just be competitive.

cove-HQ (May 7, 2015 at 16:45)
Great article James, you have inspired me. I too have no hope of standing on the podium this weekend on the North Shore, actually cringing thinking about the climbs, still love the descents. At 56 i just hope i can finish in the allotted time.