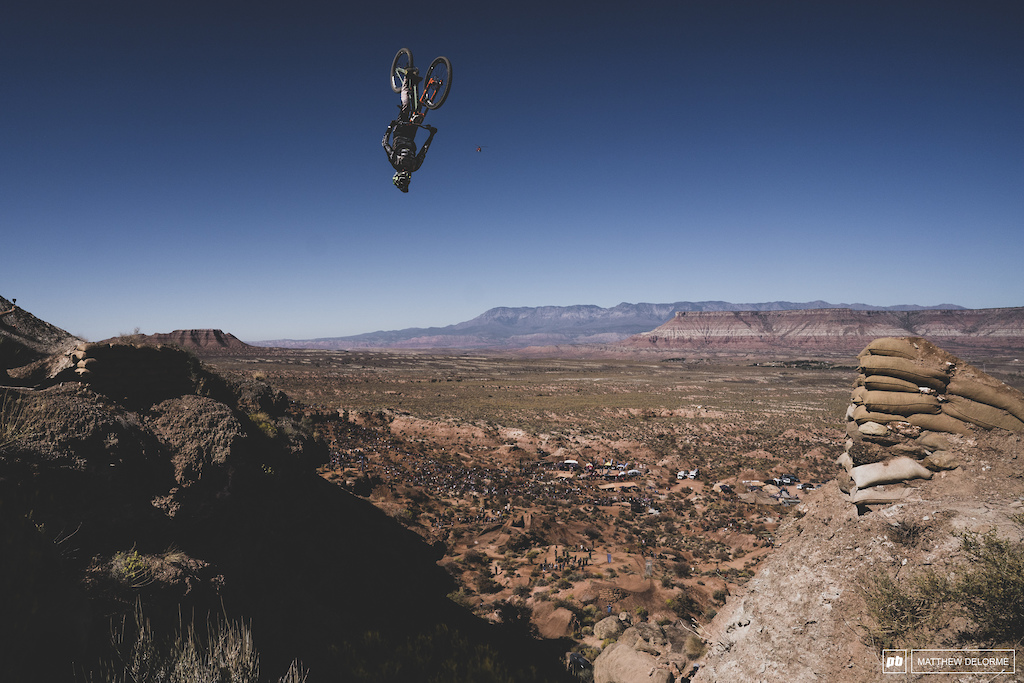 Fairclough flipping his canyon gap in 2019.

Due to complications with ongoing injuries sustained at the Lenzerheide World Cup, Brendan Fairclough has had to withdraw from this year’s Red Bull Rampage taking place October 15, 2021.

Brendan Fairclough has just spent another full week at the Surrey Royal Hospital, undergoing two operations and a series of procedures to try and fix the ongoing issues from his crash at the Lenzerheide Downhill World Cup. Brendan was airlifted from the course during the crash in practice, which resulted in bone-deep lacerations and severe trauma to his right leg. After emergency surgery and multiple internal and external stitches, he was released from his 4-day stay in a Swiss hospital.


On returning to the UK, Brendan began an intensive recovery and rehab routine to prepare himself for Rampage. Unfortunately, 3 weeks into recovery, he encountered severe and ongoing pain and was admitted back into hospital for an emergency operation. The wound was re-opened and cleaned and after 4 days in a vacuum dressing, another operation to close the wound and a confirmation from the doctors that a skin graft is not necessary, he is finally out of the danger zone and on the road to recovery. 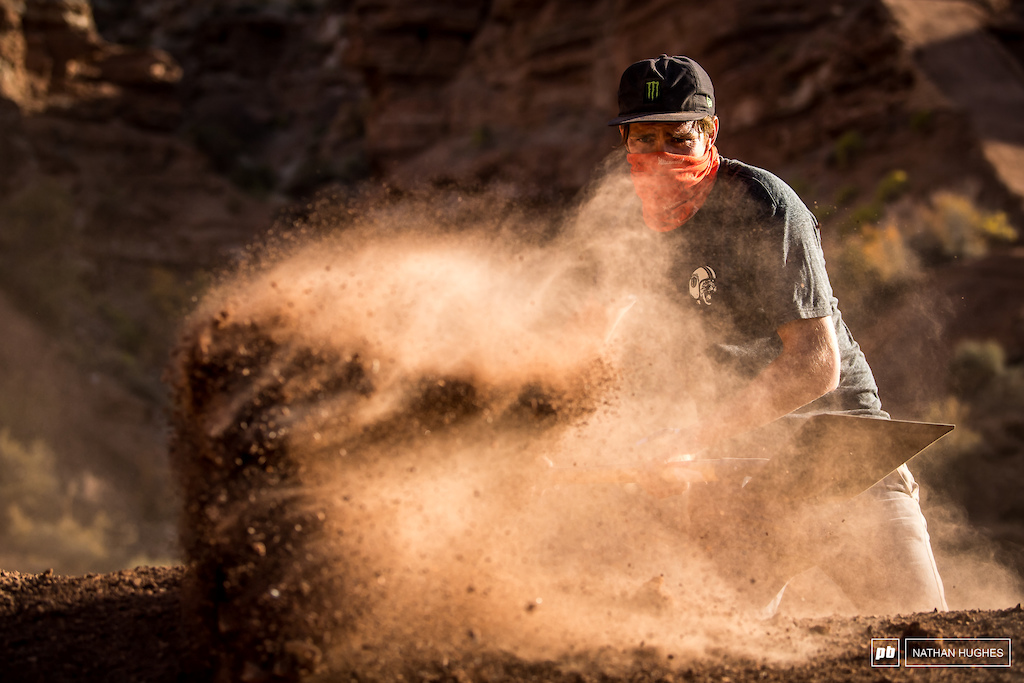 The news comes as a huge blow to Brendan, who was fully committed to sending it in Utah and another year of success at the event after finishing fourth in 2019 with an 87.66.


Wishing Brendan all the best with his recovery.

Alternates for Red Bull Rampage are: Thomas Genon, Emil Johansson, Reed Boggs, DJ Brandt, and Antoine Bizet. We do not yet have confirmation on which rider will replace Fairclough but will let you know as soon as we do.

nouseforaname (Sep 29, 2021 at 10:17)
Is it even rampage without Brendan? It's just some other slopestyle contest without him.

Mtn-Goat-13 (Sep 29, 2021 at 11:40)
Heard - but it'll still rip. I personally think Bren got robbed beyond all MTB robberies as his run was easily the most mountain-style, raw, and w/ that canyon backflip to chute-drop...what was even close to that? But pop a cold one & sit back: it'll be effin' insane

PRETENDERS (Sep 29, 2021 at 12:09)
@nouseforaname when was the last slope comp you saw that had exposed 70 foot blind drops to catch berms

Hogfly (Sep 29, 2021 at 20:17)
What really sucks is this is a new site, which favors the riders like Brendan who are doing more traditional free ride. As a site develops over multiple years and lines can be perfected, the edge swings toward the slope riders. So I’m pretty sure he was pumped to get a shot at a new site, which only happens once every few years.

troyleedesigns (Sep 29, 2021 at 10:36)
We are glad Brendog decided to opt out, especially after the lovely video he sent us the other day of the vaccuum dressing lol. Heal up right brutha! Curious who will fill that spot.

blowmyfuse (Sep 29, 2021 at 10:58)
I was pretty certain the video of the injury itself was enough press release the day it happened. Gnarly injury.

jonnymcc (Sep 30, 2021 at 1:22)
@adrennan: pit viper got their outside account for free in return for giving Jason 1 million pairs!

BenPea (Sep 29, 2021 at 13:00)
Sounds like he had little choice, even if his balls have been clearly apparent on many occasions.

Patrick9-32 (Sep 30, 2021 at 3:32)
Its good that he has stepped out early enough that his replacement alternate can get the full rampage run done properly, get their crew sorted etc. If he had stepped out at the last minute it would have been much harder for the replacement. I respect that.

bombdabass (Sep 30, 2021 at 1:53)
Frankly Im relieved from the point of view of his safety. He certainly should have won last year, offering a true rampage line which was individual in nature and reflected the DNA of the event. If you cant win backflipping that canyon gap and taking the lines he did then that risks pushing someone toward stuff that is way too dangerous and still risks a lack of recognition.

Maybe Stark can work his way into an alternate slot next year. But he'll have to get past guys like Johnny Soledo, Bienve Aguado, Graham Agassiz, Reece Wallace, Ethan Roberts, Remy, Silva, Rogatkin, Etc.

Lot of guys with experience that would like to get back.

trail-governor (Sep 29, 2021 at 19:47) (Below Threshold)
Remy M? He does not have any tricks or dig style.. so pretty much anyone can get by him …didn’t he make his gf carry sand bags at the last rampage while he looked on scared @onemanarmy:

onemanarmy (Sep 29, 2021 at 23:29)
@trail-governor: Not sure what you're talking about on this one. But from my time with Remy I can tell you he's not scared. He's just very particular. And his girl is a huge supporter of his so I highly doubt he made her do anything.

As for style. Not everyone treats the course like a Slopestyle course. He's a former racer. He looks for lines that he sees as fast and technical. 2015 is a good example of him not being scared. Look how many dudes bailed on their second runs due to wind. He took his and upped his score. I actually liked his line choice. He had this cool little like chunky left hip that dropped him right into one of his berms. Actually quite technical. I think if he does something different than a no hander off his second big trick hit and adds another trick somewhere he's probably mixing it up with the guys in that 6-8 range. Not bad. Hell finishing 10th isn't bad. He went top to bottom twice. Think less than half the guys did that. Hell he beat Rheeder.

He's just one of many on a list of guys that have been there before and ridden top to bottom. By no means am I saying Dylan shouldn't get a chance over 1 or all of these guys. I'm just saying he's a bubble guy and there's a lot of bubble guys for Rampage. I hope he gets a chance at some point. But I wouldn't be surprised if it takes some time. Maybe he'll make the alternate list next year.

There's a lot of dudes fighting for a handful of slots.

But who knows if those guys even want to do it again.

Stark is dope. I'd actually like to see him at Audi 9's before Rampage. I think that fits his style very well and he'd absolutely crush that event.

mybaben (Sep 29, 2021 at 11:55)
That's a bummer and I hope Brendog heals fast! After that serious crash in WC though, and having to be airlifted I knew Rampage wasn't going to happen...

shadethechangingman (Sep 30, 2021 at 0:11)
Wise decision, i thought it was a slim chance he'd make it anyway tbh but wish him well, he'll be back for SURE.

Looks like he owes Olly n Deaks a holiday too now. I suggest Vegas over winter with a bit of local trail shreddage for content :-)

I think history will judge MTB racing bodies harshly–something along the lines of "...and everyone thought it was OK for participants to sustain severe injuries?"

LiquidSpin (Sep 29, 2021 at 16:11)
Gutted to hear the news about my fav rider not being able to make it this yeah but glad he's on the mend and will have a full recovery!

CyclepathKelowna (Oct 1, 2021 at 12:32)
Heal up Brendan! Kade Edwards should definitely be in there as an alternative.

Upat1intheMorning (Sep 29, 2021 at 10:30)
@Allen82: Probably referring to rather than rushing the healing process, taking the time to heal it properly in process and duration and come back stronger next year. Also not worth the risk of maybe making it worse by riding or god-forbid, crashing again.

gramboh (Sep 29, 2021 at 11:42)
@Upat1intheMorning: this, and also good he pulled out far enough ahead for another rider/dig team to have a few weeks to get ready for the event.

pj-irons (Sep 29, 2021 at 10:52)
There must surely be another Brit knocking about that could be the alternate??
Get well soon Brendog, right choice for sure

markcorrigan (Sep 29, 2021 at 12:31)
@hedml: pilgrim? Yeah cause riding down a staircase in Plymouth is the same as sending a 360 off a blind 60foot drop in the desert lol. He had his chance a few years ago and quickly
found himself out of his league

yoobee (Sep 30, 2021 at 1:30)
@markcorrigan: Pilgs could easily replace Brendog! He's riding way more than just staircases of doom for entertainment. And he's got more tricks in his bag that Brendog.
I guess he's still pissed from his 2012 crash due to the ever annoying winds in Utah.