How to Watch the Les Gets World Championships 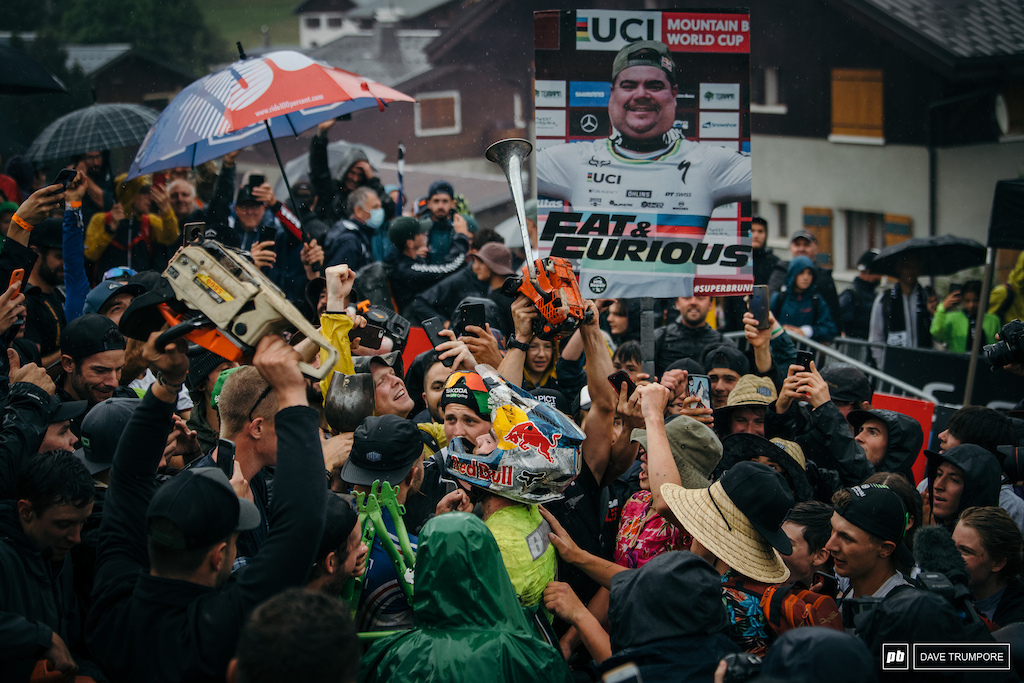 18 years after the 2004 MTB World Championships, Les Gets is once again hosting the Downhill and Cross-Country World Championships this weekend and there's no doubt that the racing is going to be wild. While being amongst the raucous French crown on the hillside is the dream, watching the action live from home is the best most of us will get and, if it's any consolation, you'll actually see a whole lot more of the track!

Red Bull TV is the official broadcaster for the 2022 Mercedes-Benz UCI MTB World Cup, but they aren't the only official global broadcaster for the 2022 World Championships. The UCI sells all its World Championships in one package so if a broadcaster wants to show the road event, they'll get the mountain biking included as part of the deal too. Unfortunately, since mountain biking isn't as high ticket as some other disciplines, it often isn't broadcast live.

In many instances, the broadcast licensing agreements still allow Red Bull to broadcast the World Championship XC and DH races. In those places, you will be able to watch the World Championships as you would watch any World Cup race weekend. Globally, however, it's a bit of patchwork as some countries are not included, most notably the USA, Canada, Australia and South Africa.

As of our publishing date, here’s the full list of countries where the World Championships will be broadcast on Red Bull TV: 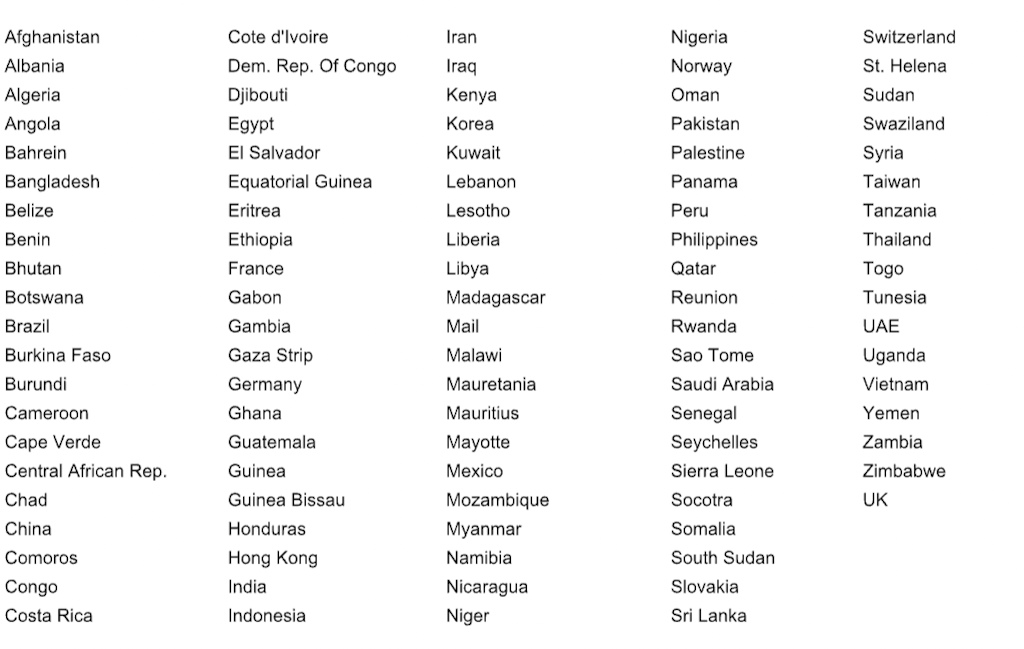 The live stream with English commentary is available in Albania, Slovakia, Sweden or the UK here.

Are you in France? The live stream in French is available here.

Viewers from other countries can stream the event here.

That's FloBikes in the USA and Canada and Kayo Sports in Australia.


You might also find it useful to brush up on internet safety (assuming you're not breaching any broadcaster T&Cs, of course). You may be surprised by how easy it is and many companies like ExpressVPN offer a 30-day money-back guarantee.

steveperry (Aug 25, 2022 at 18:19)
Just check my VPN. Works. Believe here I come. But, Redbull only has time slots for womens DH and Womens XCO. Nothing for XCC and nothing for the men.

ReeferSouthrland (Aug 26, 2022 at 19:13)
Tired of these geo restrictions, thanks for these links PB, hopefully I can watch it without going to another country.

DBone95 (Aug 26, 2022 at 20:20)
@ReeferSouthrland: My VPN seems to work fine, I just don't know if they will have all 4 races for replay like they do for WCs. I live in SoCal and don't feel like getting up at 3am to watch live. Hopefully someone knows...

Just checked their TV program: does not seem like they cover Short Track.

I'll be up before lunchtime, thank you very much

opignonlibre (Aug 25, 2022 at 14:26)
It really depends what you do on friday night. But yeah, you swiss people aren't the most party kind anyway.

stretchza (Aug 25, 2022 at 3:39)
I think there will because it will be related to conflict between local broadcaster and red bull (next year discovery). I am confused though with the UK because it is on BBC and Redbull, yet in Ireland it wont be on the national broadcaster, yet you can't watch it on Redbull. I will be firing up a months VPN subscription

Bibico (Aug 25, 2022 at 7:22)
@Giammamia: Thanks for the tip. I downloaded it, but I can't get the "switch" to operate so I can choose a country. It seems like the default setting on my computer makes it look like I'm in Norway, which I think is one of the countries not geo-blocked. Guess I'll find out Saturday.

leopaul (Aug 25, 2022 at 8:50)
@stretchza: there are channels that buy the rights and just show road cycling. In switzerland they show XC but I think never DH

beerbellymike (Aug 25, 2022 at 10:02)
@Bibico: With Opera you will have to keep opening and closing the browser and disconnecting and reconnecting the vpn..... it finds the best one for speed and each time it's different. I tried it last night mostly goes to Switzerland for me tho a few times it was connecting to germany.

beerbellymike (Aug 25, 2022 at 10:08)
@Bibico: Should also mention when doing that do a speed test using ookla speed test it will tell you which city you're connected to or region.

casey79 (Aug 25, 2022 at 2:01)
For those in Australia who don't want to pay for Kayo or use a VPN SBS is showing the following live and replay avail the following day:

All on SBS Demand for free using the UCI feed so no Rob and Co commentating.

commental (Aug 25, 2022 at 1:39)
Future plump track world champion, looks like he finally capitulated to calls on here for the pros to ride with more padding.

lewiscraik (Aug 25, 2022 at 1:54)
Surely the only reason to watch it on the BBC is to prepare for the disappointment of next year without Rob Warner commentating.

ROOTminus1 (Aug 25, 2022 at 4:05)
@mi-bike: South Germany could be mistaken for Germany-auf-Mittelmeer, but that's just a mecca for roadies and Schlager fans. Although, under Spanish governance it does also lack RB broadcast rights

Starch-Anton (Aug 25, 2022 at 1:33)
Road & CX Worlds manages to show Junior & U23 races - so what is the issue with the MTB Worlds? It's not really good enough....It should be part of the hosting agreement to show these as well. Lenzerheide managed it, but since then nothing.....

gcrider (Aug 25, 2022 at 23:06)
Thanks
Would be great if you could report back. it would be good to know what the commentary is like. So I can prejudge next year’s Disney coverage without “giving them a fair suck of the sav”.
It will give me something to talk about for the next 6 months
Thanks
@Starch-Anton:

Above is just the timing box, the full page:
www.uci.org/race-hub/2022-uci-mtb-world-championships-xco-xcc-xcr-e-mtb-dhi/5NcIQDeSjHJrVq8kGK2To

antonmarkov1 (Aug 25, 2022 at 1:27)
So Spain not in the list as usual and ofc and theoretically they are showing it on TV but only a replay after midnight... so why sleeping right (www.rtve.es/tve/b/teledeporte/?dia=sabado)

Shredocalypse69 (Aug 26, 2022 at 22:37)
Does anyone know where to watch XCC? I'm trying really hard not to get spoiled on IG or here... but looks like redbull isn't playing it. Is it flobike? Or somewhere else??

Get yuor shit together broadcasters! no team relay or xcc at world champs is complete horseshit.

Red Bull appear to be only showing the Elite DHI and XCO.

pedalmas (Aug 25, 2022 at 7:05)
Someone posted a useful link for the last World Cup, no log in needed and was available in the none available countries. Can’t remember the site, anyone?

tadabing (Aug 25, 2022 at 10:06)
Was just looking that up his username was "spicysparkles" If you're out there mate, can you make the magic happen again?

The channel is Marais Dekker's.

If you want to see the full replay of all of the men's races, on YT search for "UCI DH World Championship 2021 -- Men's Catergory".
The channel is run by someone called #50CC.

Bibico (Aug 26, 2022 at 9:00)
I don't want to get anyone's hopes up, but the guy (I assume it's a guy) who posted last year's men's race video says he's going to try to post this year's on Youtube. No idea how long after the races he'll post it, if he does, or whether it might get taken down.

It's pretty cool... no commentary, natural sounds only.

Agreed with your latter comment -- unless it's Rob & Bart, I'd much rather hear just the sounds of the venue.

Killerclam (Aug 26, 2022 at 19:32)
@gsbxcmtb9: Cheers! - The men's race is up on youtube (UCI channel) now. The women's podium ceremony was held right after that and included in the extended coverage.

casey79 (Aug 25, 2022 at 1:48)
@fektor-b: the UCI provides the footage with or without commentary. Kayo and SBS will use this feed with the UCI commentator.

Red Bull uses the same footage but has Rob and Co commentating. Last year they apologised a few times saying the editing and feed wasn't under their control.

chakaping (Aug 25, 2022 at 7:03)
It always pops up on Redbull on the day, despite the uncertainty beforehand. EVERY FUCKING YEAR. Clowns.

IanJF (Aug 25, 2022 at 6:00)
As much as I'd like to see the races, that's gonna be a hard "no" from me. Also makes me concerned how much the streaming for the World Cup next year will be. I already pay for too many streaming services I don't use often enough.
I was able to watch replays last year, although I don't recall where (RedBullTV?).

pisgahgnar (Aug 25, 2022 at 8:30)
@ridestuff: You do. I did last year but then when the broadcast was a shitshow I sent them an email complaining and they refunded me. This year I'm temporarily moving to Equatorial Guinea.

zoobab2 (Aug 25, 2022 at 12:21)
Last time, i had to install TorBrowser, edit the torrc config file to specify the ExitNode to exit via Japan. I could make a howto if you pay me some beers.

NelsonRidela (Aug 27, 2022 at 4:45)
Yeah, no Slovenia, Austria and Croatia, but thankfully those Rhinos and Lions in Gabon can watch WC peacfully!

OlaGeladosDH (Aug 25, 2022 at 9:40)
watched with vpn last year by switching my country to france and entering in the french link. just used some random google chrome vpn extension , nothing fancy! Should work again this year

tahoereader (Aug 25, 2022 at 10:16)
Any Canadians/Americans actually pay for Flobikes and able to offer a review? It was hard to even find the event on their website, which isn't promising.

jrfields (Aug 25, 2022 at 15:25)
Yeah, I had it last year for a couple months. It's very road bike oriented and the feed would freeze frequently. There's not much mountain bike coverage on it at all. I canceled it and am not paying for it again if that tells you anything.

Augustus-G (Aug 26, 2022 at 0:01)
@jrfields: I watched a couple of videos on Flobikes with "Jessica" and it was spectacularly painful.
The lack of knowledge on display was nearly apoplexy inducing.
If that's the level of production they're pushing out during race coverage they'd have to pay me, six digits minimum, to watch it any further.

opignonlibre (Aug 25, 2022 at 14:02)
Always feels weird not being able to see worlds happening in France while being French without a VPN.

Actually I found out I may be able to see it on eurosport without a VPN.

maddog13 (Aug 27, 2022 at 3:06)
Im in new Zealand got the express vpn and my redbull app still saying un available? Any ideas what im doing wrong

Skoofer (Aug 27, 2022 at 11:25)
Absolute BS that we still can’t watch this in the country that invented the damn sport. Get your shit together UCI.

nicholkid (Aug 28, 2022 at 7:17)
Defies explanation that every race so far has been on redbull TV in Canada and now for world Champs I can't watch it? Wtf

casey79 (Aug 25, 2022 at 1:51)
All the info has been on the Redbull site since last week. Pinkbike simply did a few screen grabs and ctrl c ctrl p the links for those who are to lazy to search.

chakaping (Aug 25, 2022 at 6:31)
@casey79: fair enough, but I meant why do the UCI leave it til a week before to sort out the broadcast rights every bloody year

pisgahgnar (Aug 25, 2022 at 6:56)
@chakaping: I doubt they leave it until the week before. They just suck at comms because it's a bunch of lawyers managing the negotiations.

Same thing happened the last couple of years. Everyone forgets then is up in arms when they find out at the last min.

ROOTminus1 (Aug 25, 2022 at 5:19)
Red Bull have managed to find a way to send the signal back in time before the country changed its name to Eswatini?

WayneParsons (Aug 25, 2022 at 5:30)
Sign up for Floracing. Watch the world champs then the motocross race after

blackercanyons (Aug 25, 2022 at 8:36)
@ridestuff: yep. my first thought on reading this was "capitalism really sucks some times"