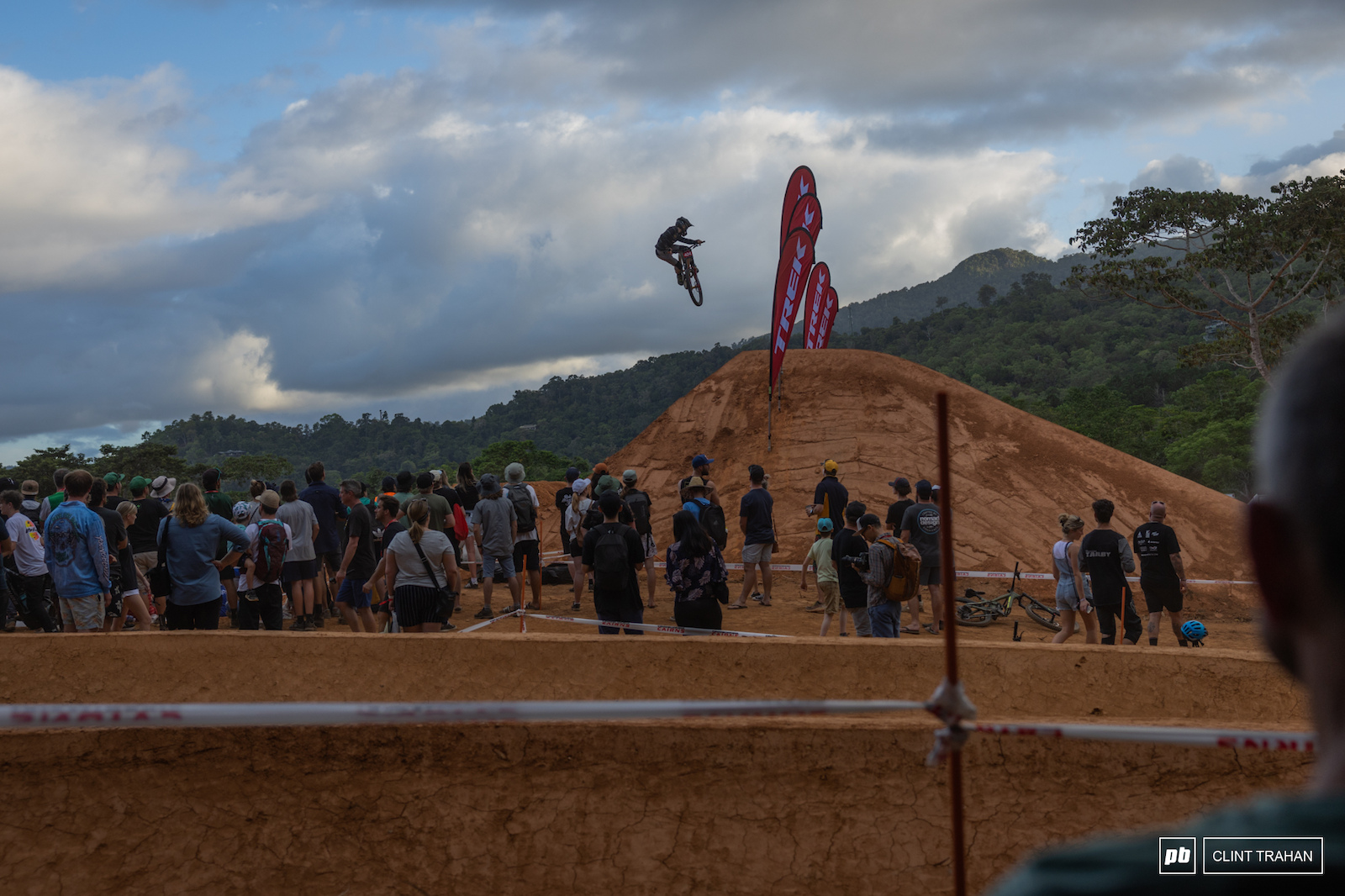 Photo Epic
Trek Official Australian Whip-Off Championships presented by POC
WHIP OFF
Cairns, Australia
Photography by Clint Trahan, Words by Crankworx
Rye Carlyon
The first day of Crankworx Cairns has brought with it a host of other firsts: the first sprays of Aussie sparkling, popped by the first-ever champs of the inaugural festival, showing off the first sets of Crankworx hardware to be handed out in the Land Down Under. The reason for the firsts above? The first Crankworx whips to hit Australian soil.

The Trek Official Australian Whip-Off Championships presented by POC kicked off Crankworx Cairns with one heck of a party. A party hosted by 51 riders throwing down 556 whips, to be specific.

The Whip jump was the first of five new courses to make its debut. Built by Tom Hey and the crew from Elevate Trail Building, here’s what it was all about:
• 140m: Total length
• 2: # of trick jumps, one as a warmup to get the juices flowing and one bigger one on which riders were judged
• 12m: gaps on both jumps
• 4m: height of take-off on warm up jump
• 6.5m: height of take-off on judged hit

And without any further ado, whips: 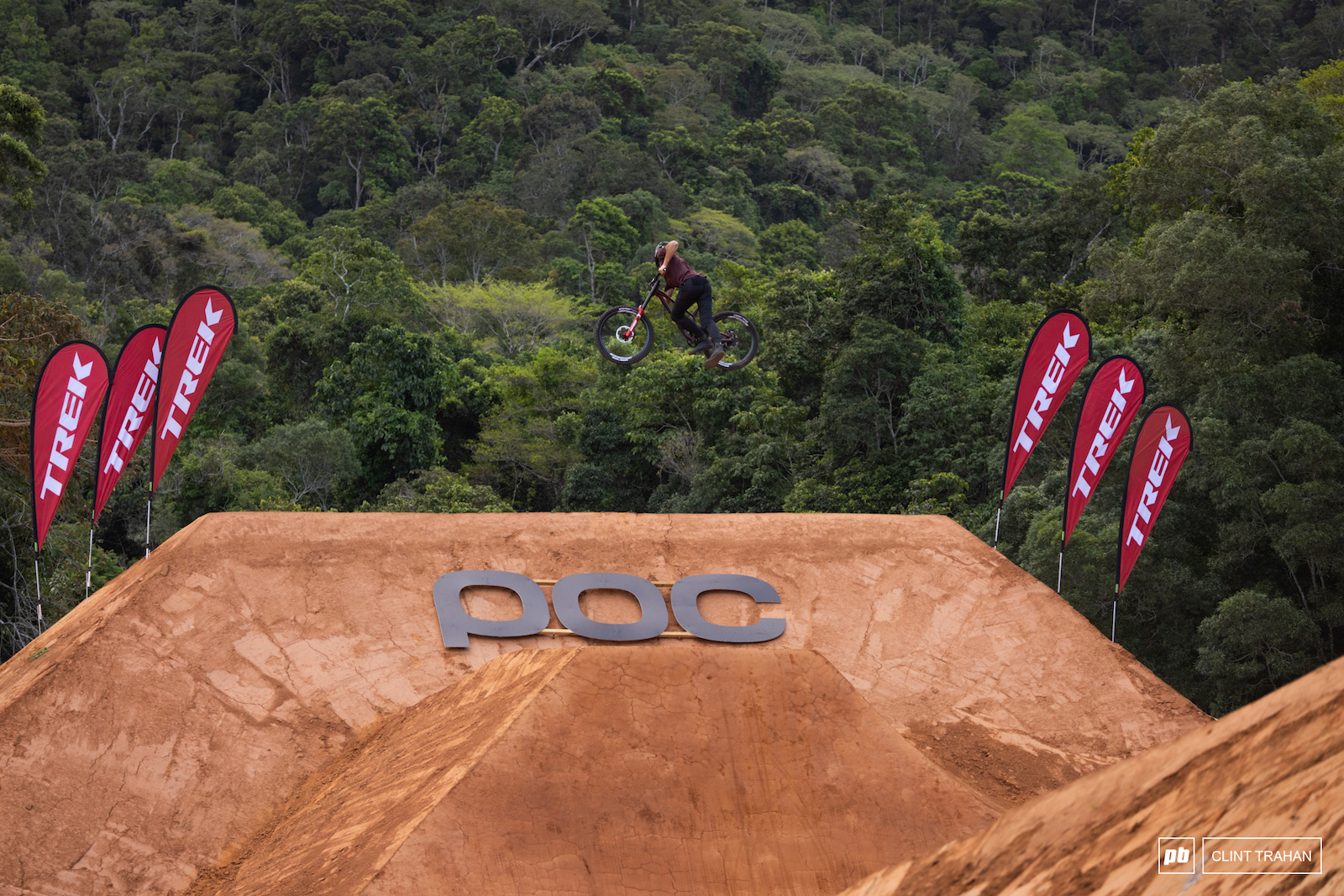 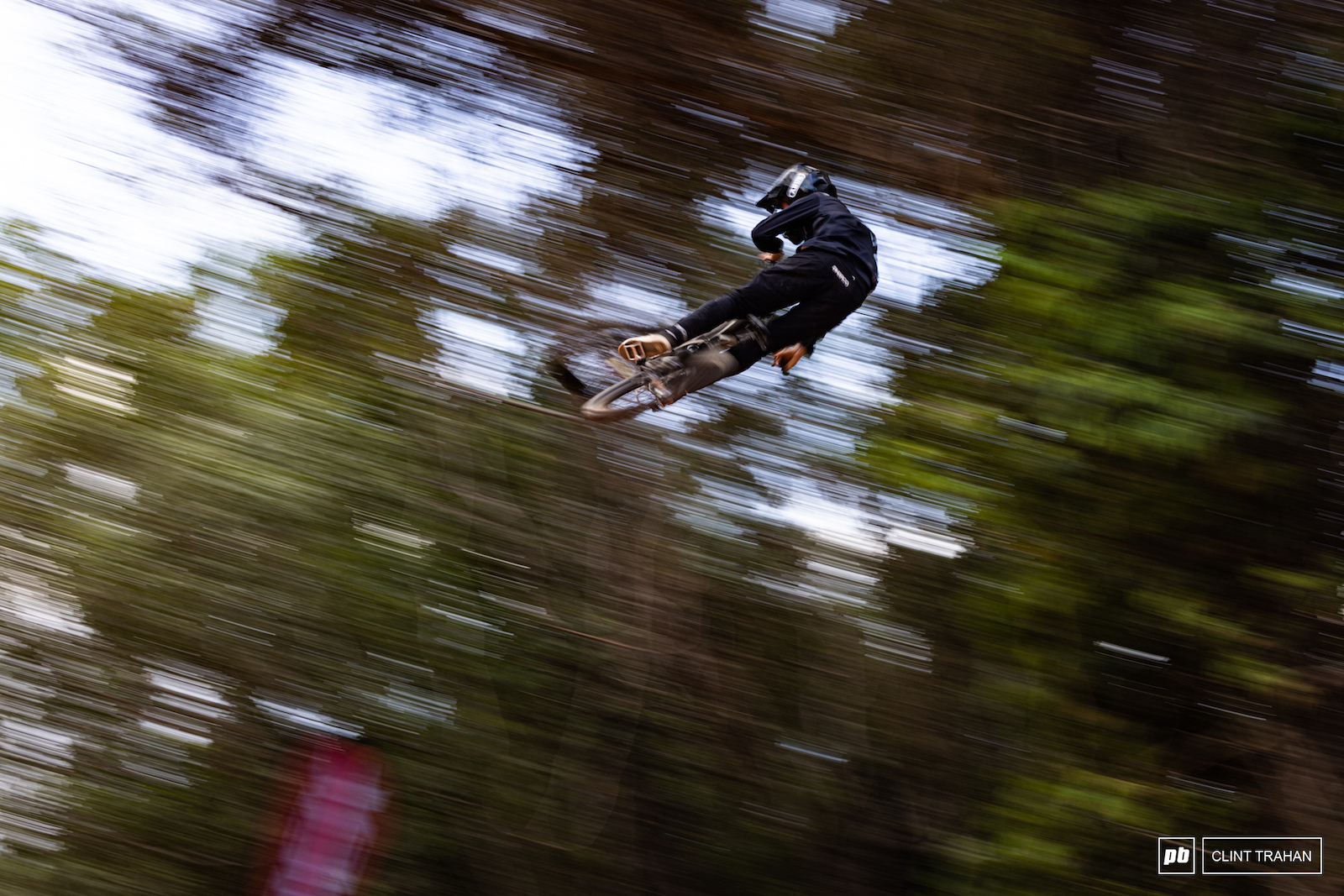 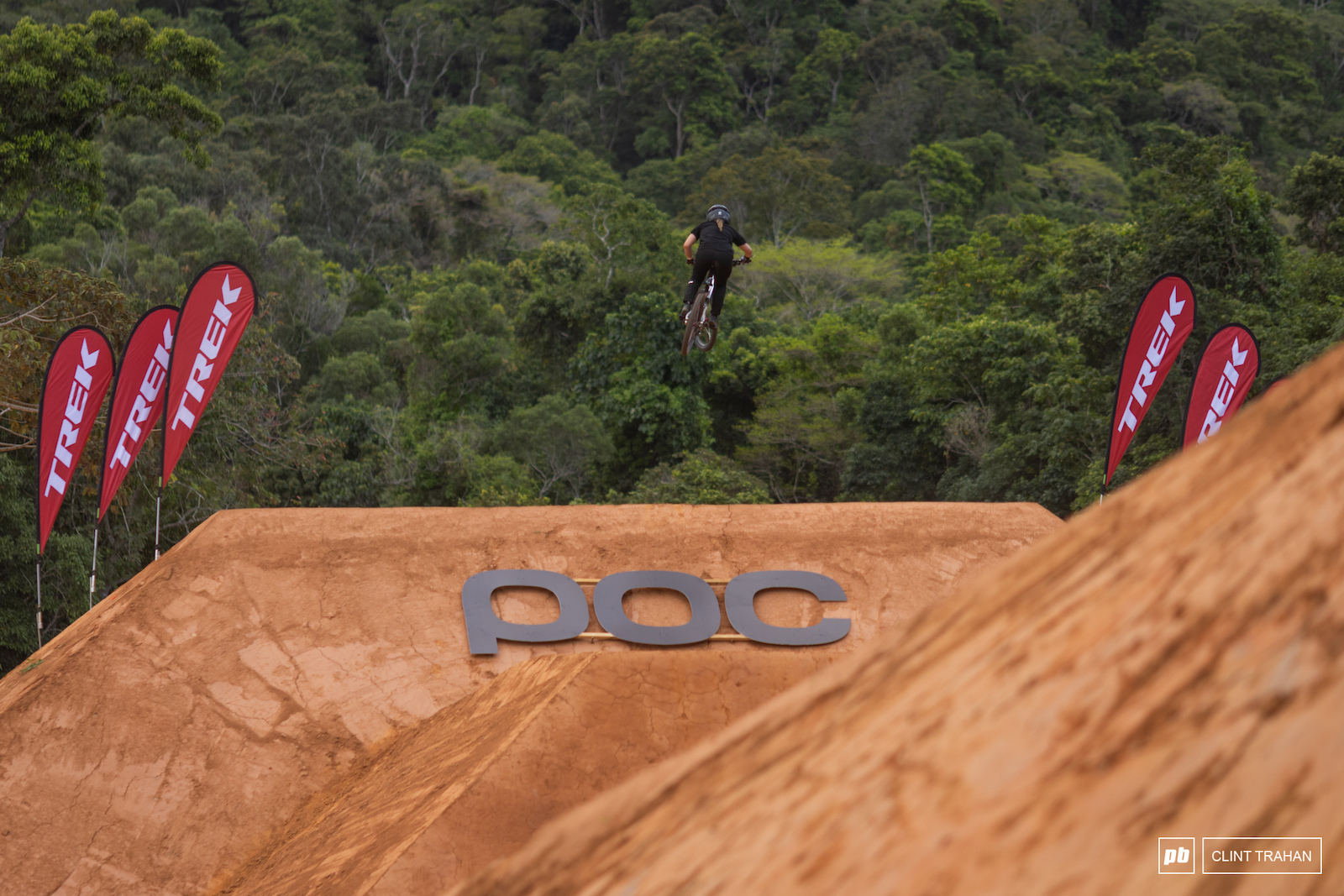 Jordy Scott took the win for the women and leads the Queen of Crankworx standings. 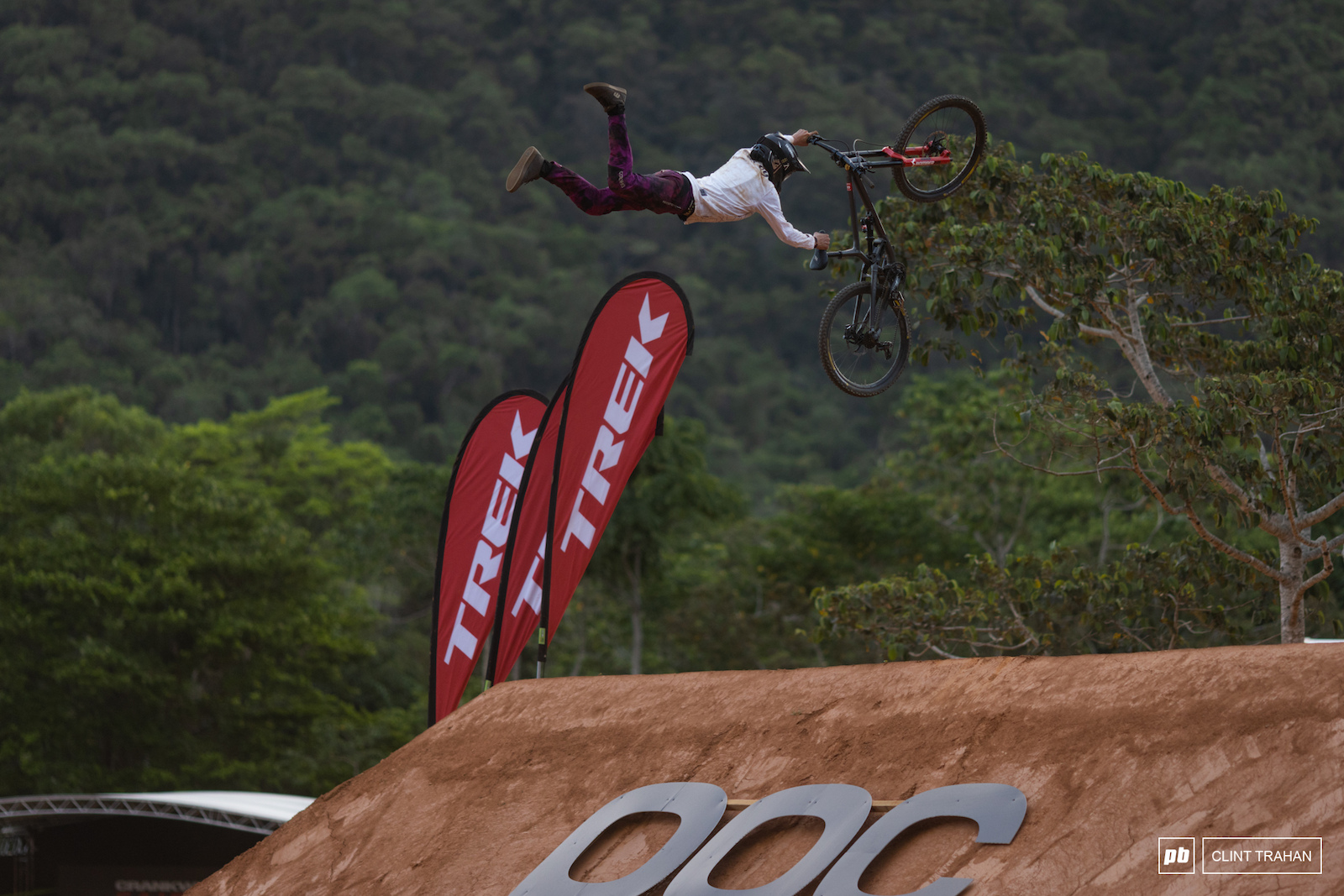 Jai Motherwell couldn't resist throwing some tricks alongside his whips. 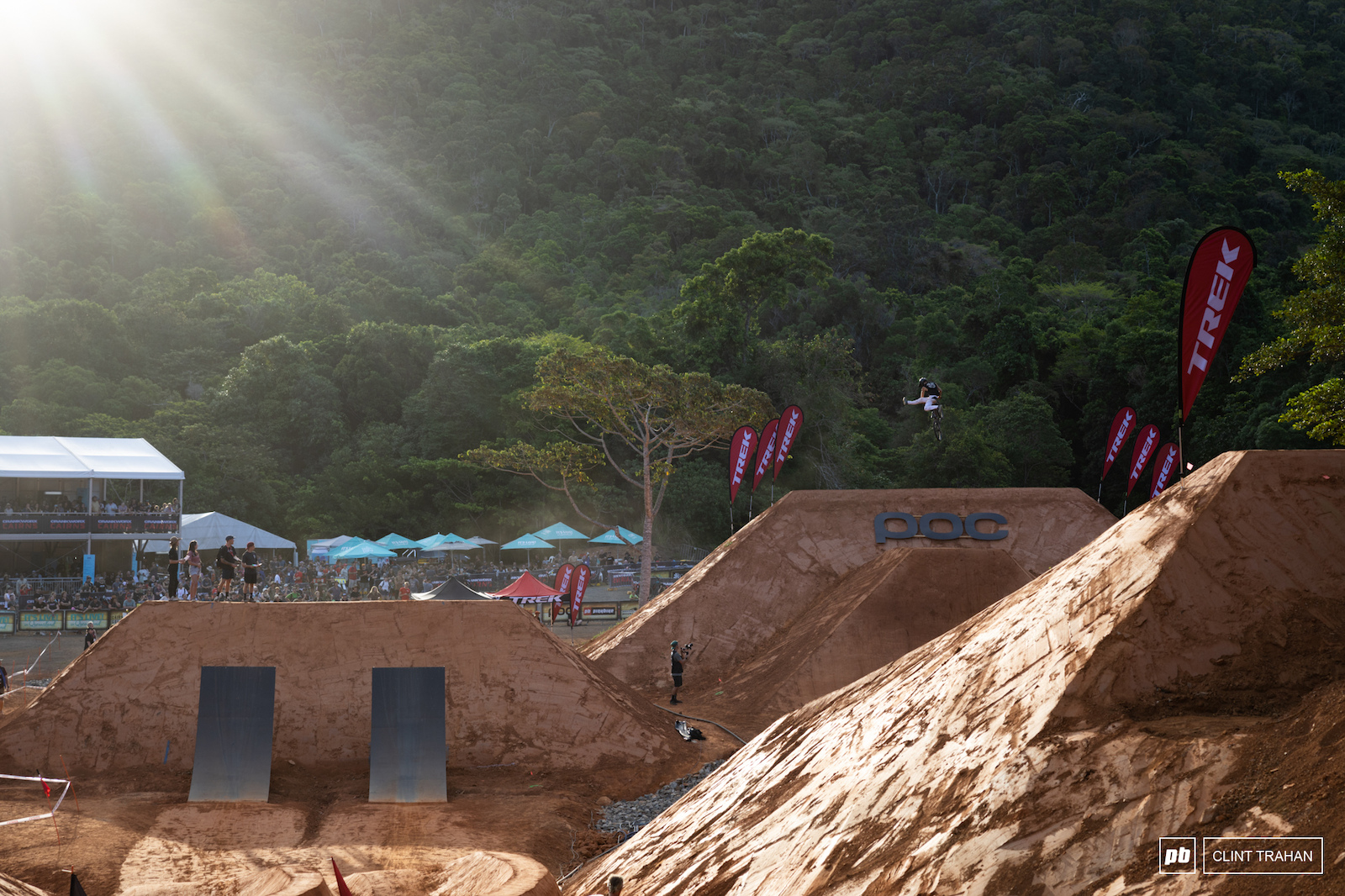 Neither could Tom Wrigley. 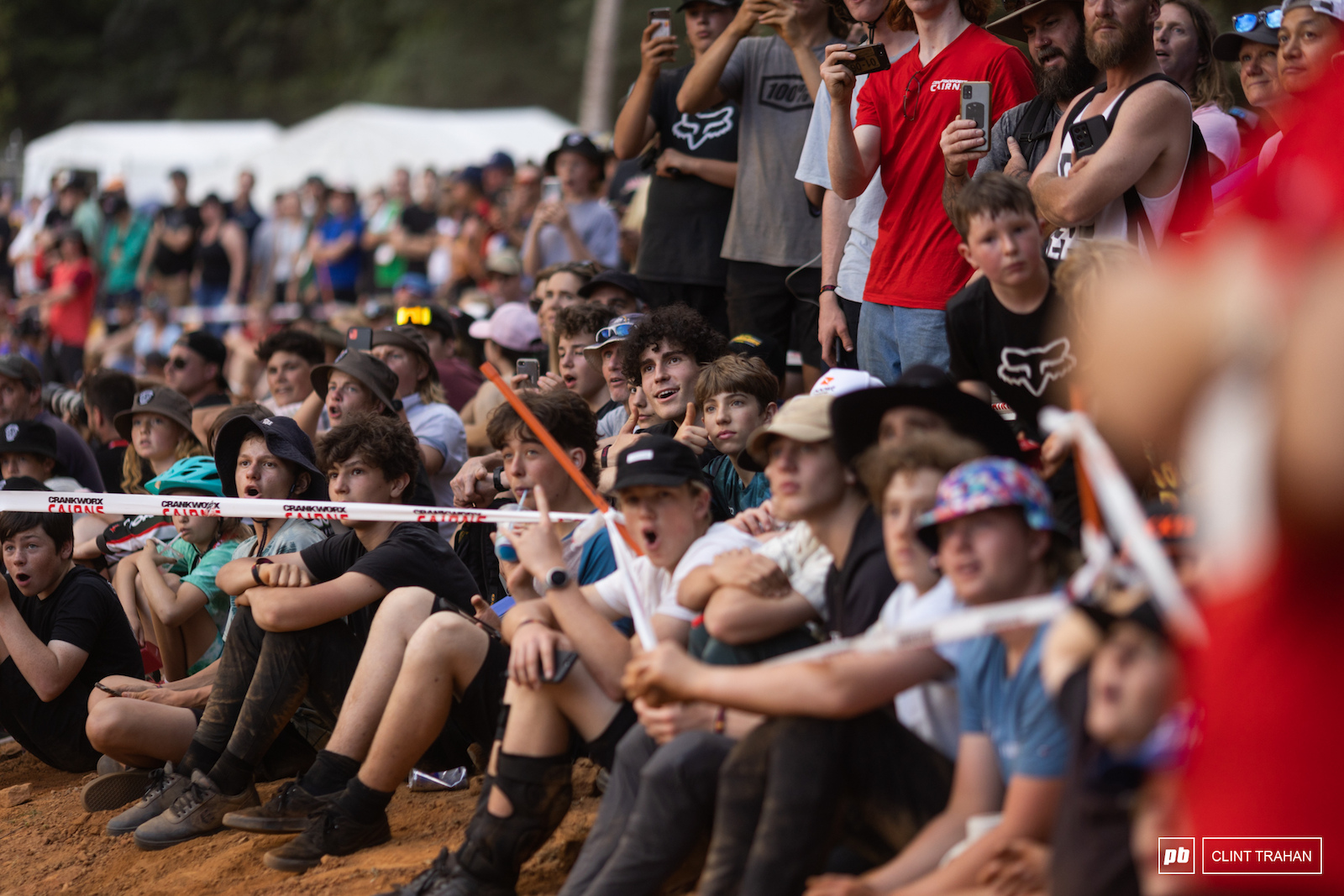 The crowd loving it. 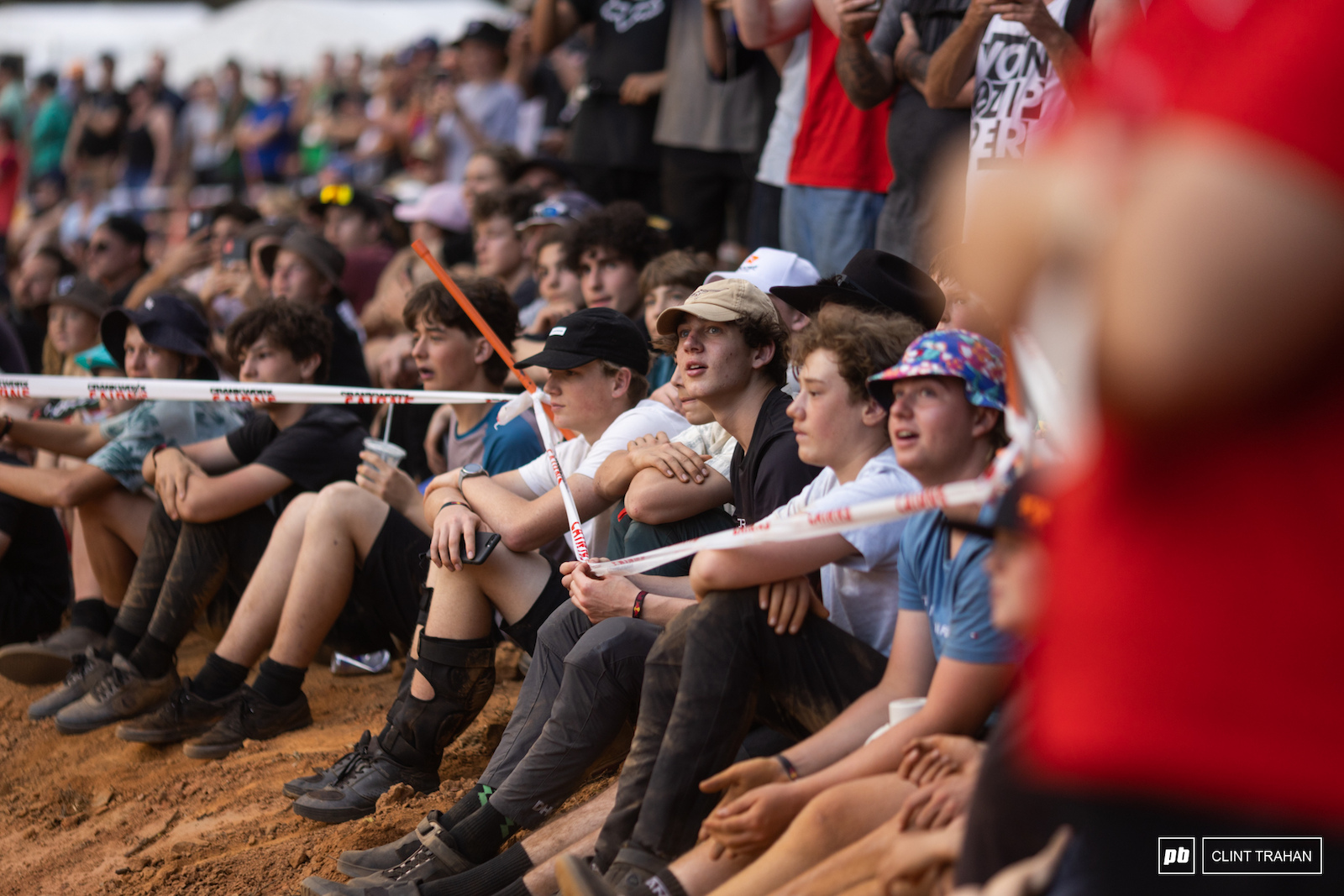 Whip Off is always a fun watch. 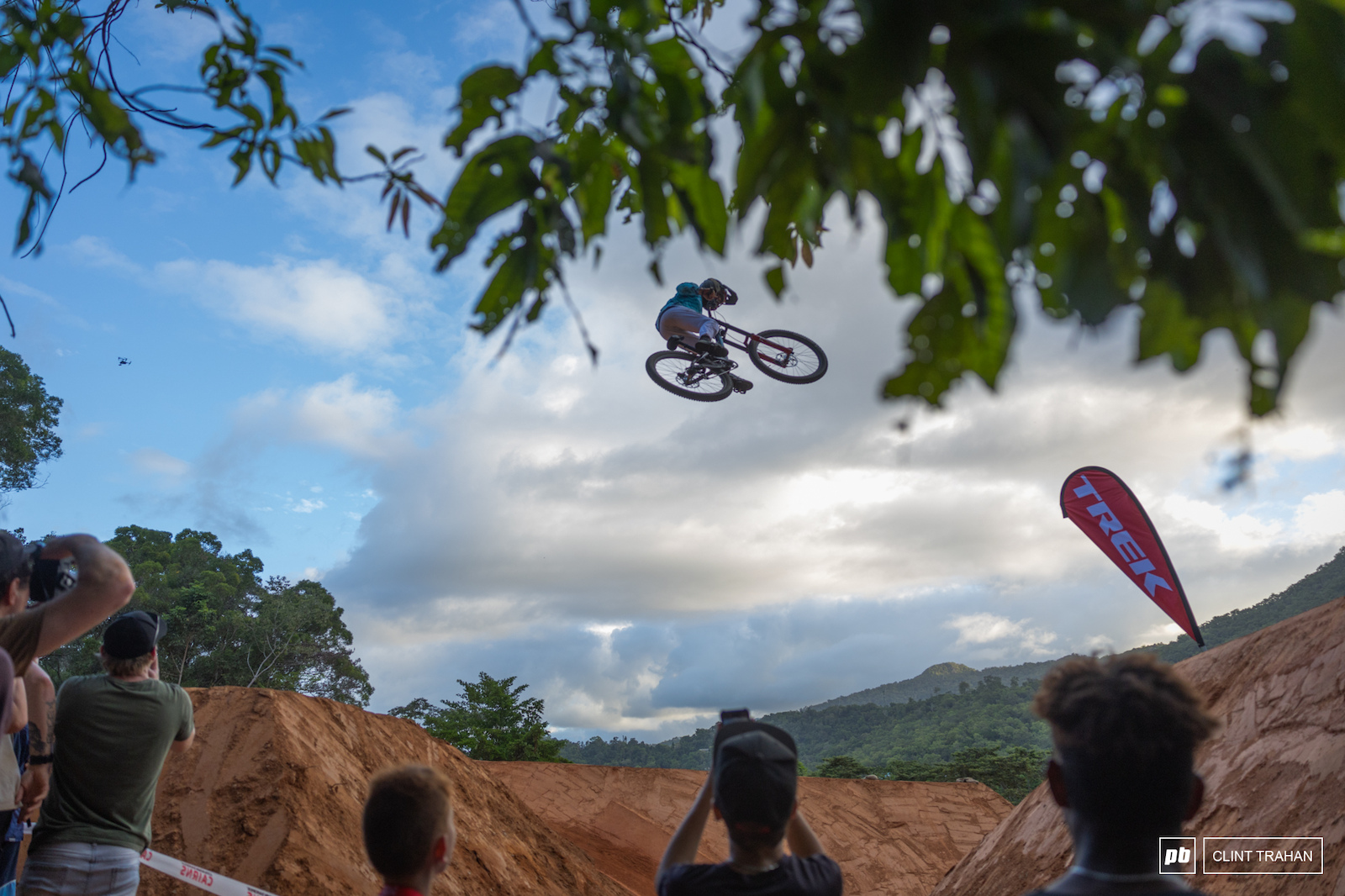 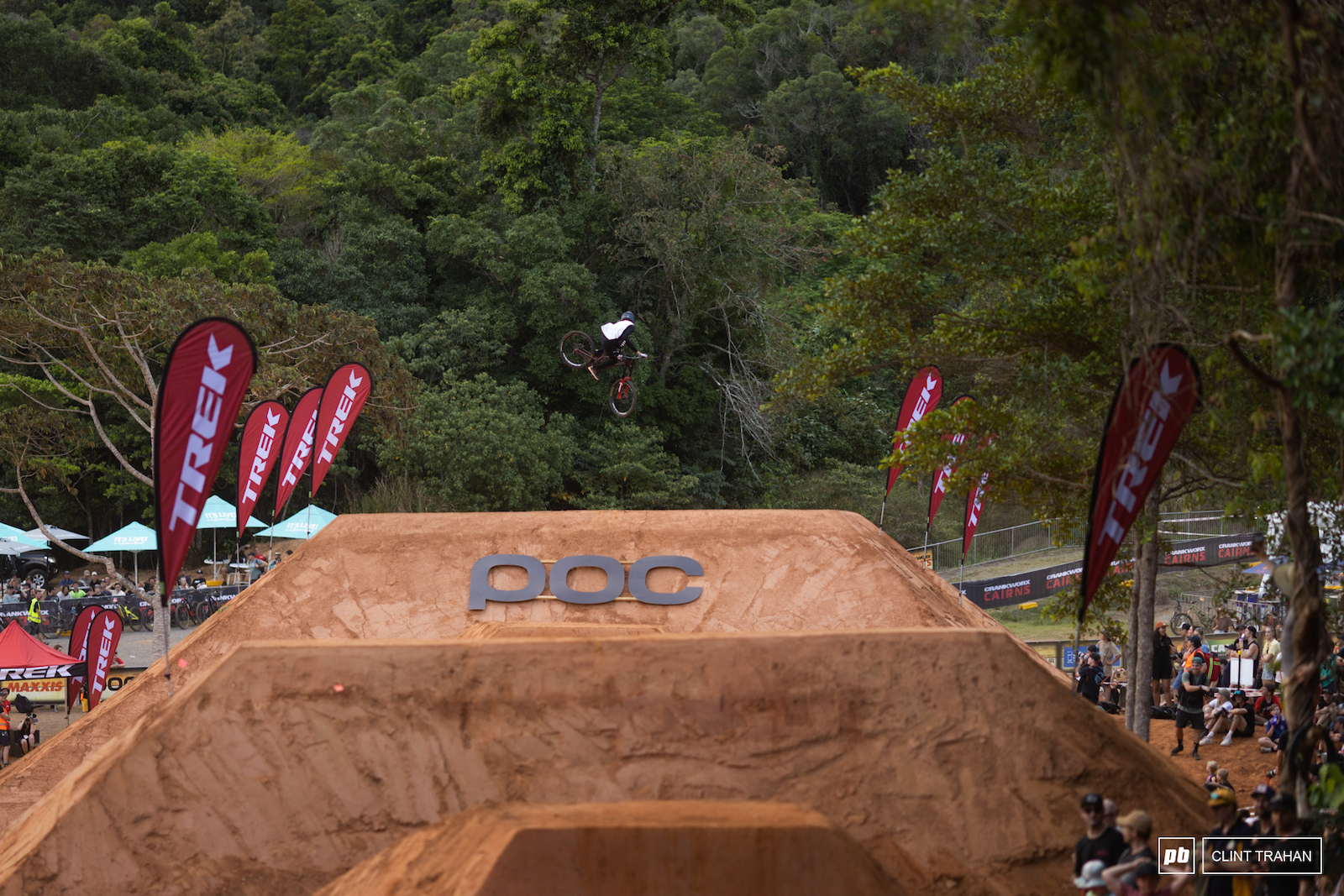 Garret Mechem took the win for the men. 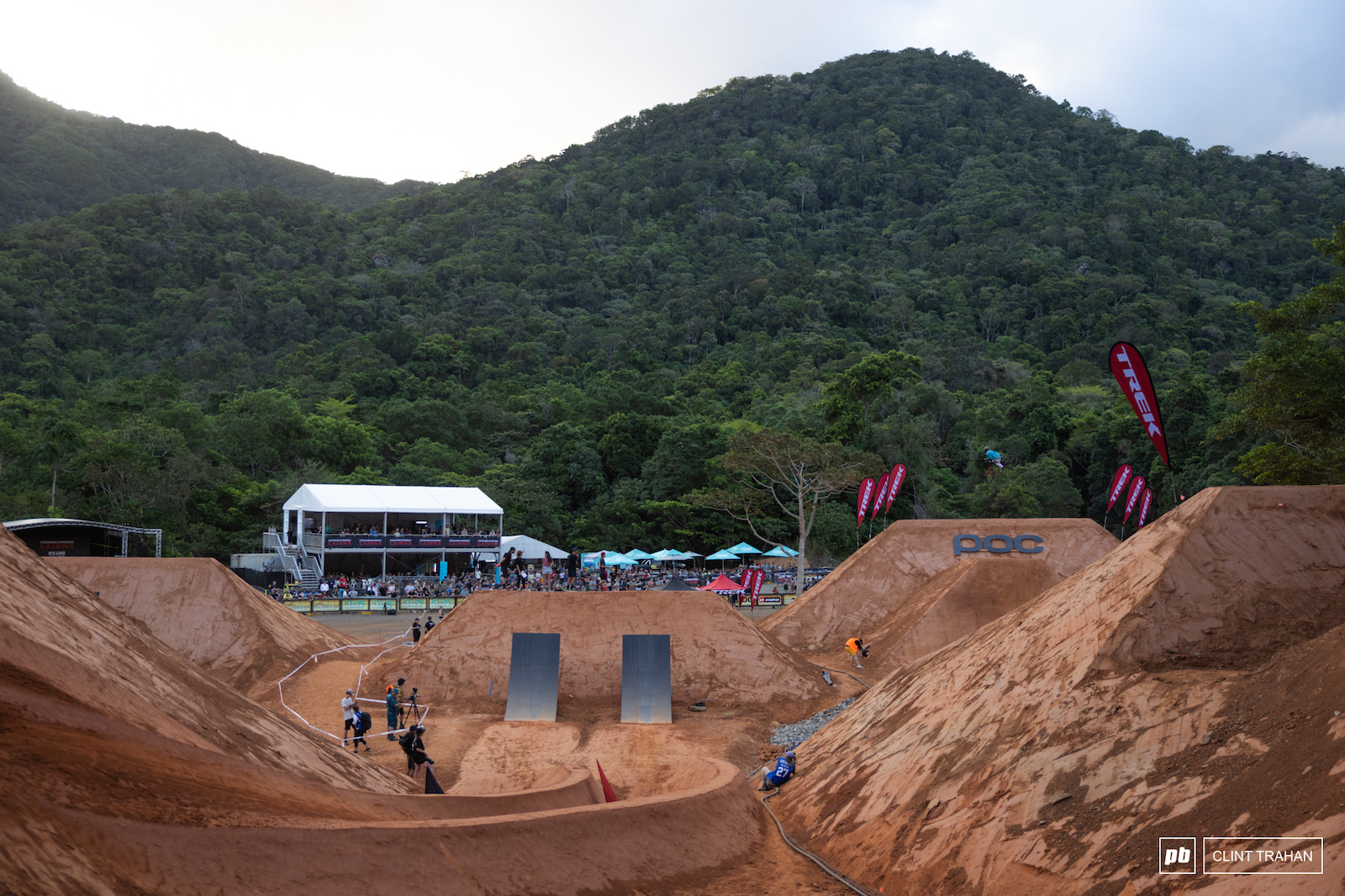 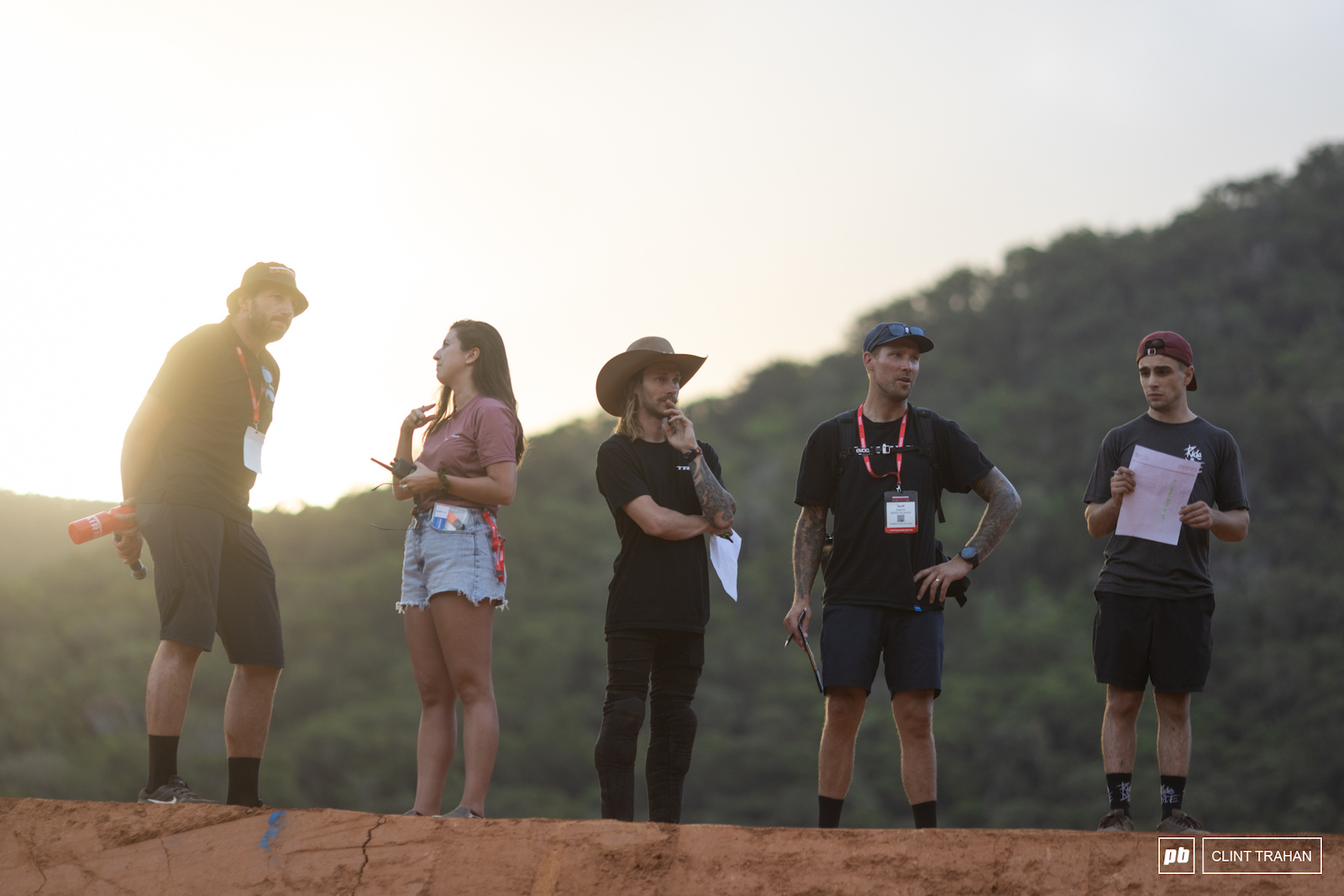 The judges taking it all in and deliberating on the winners. 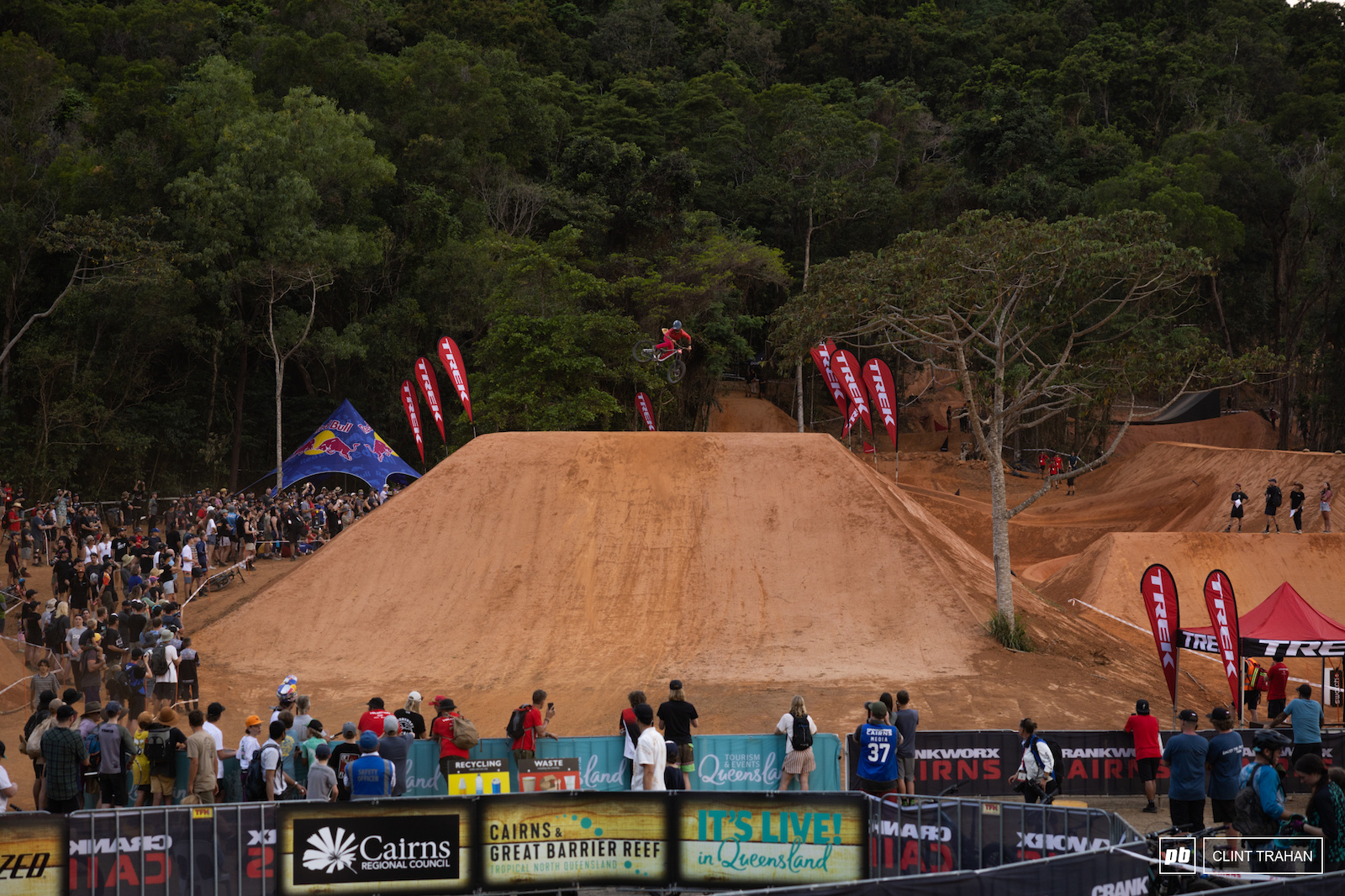 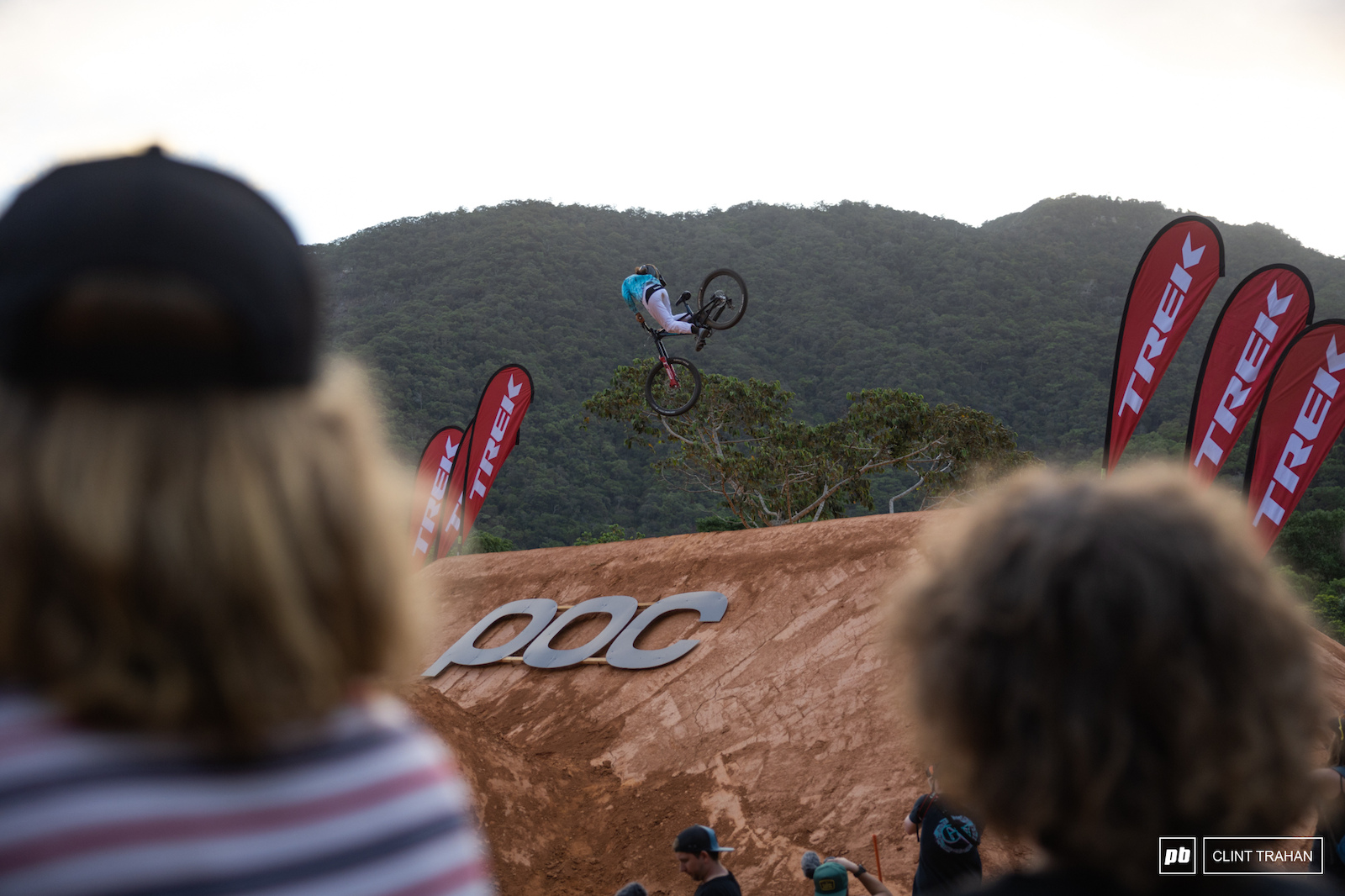 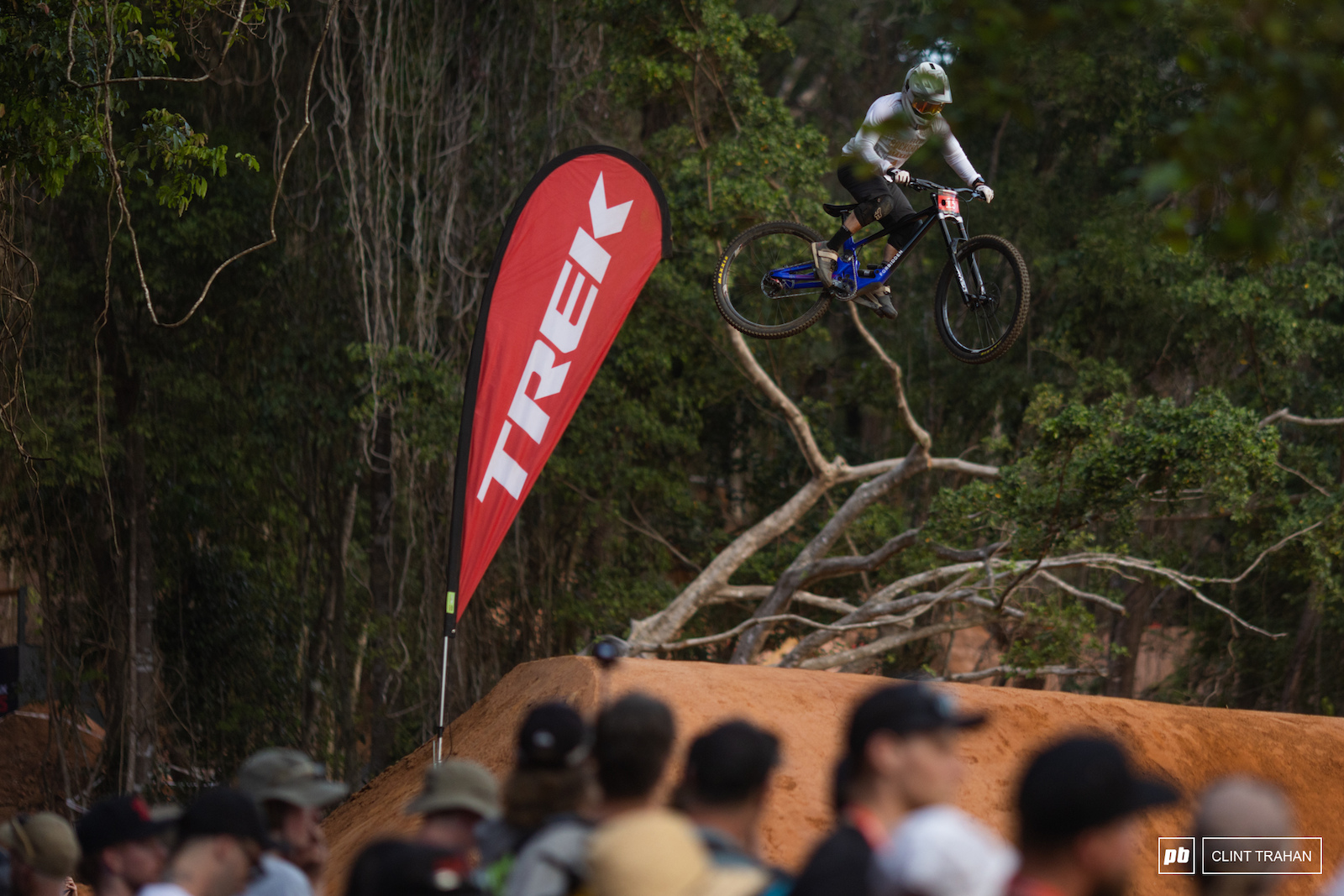 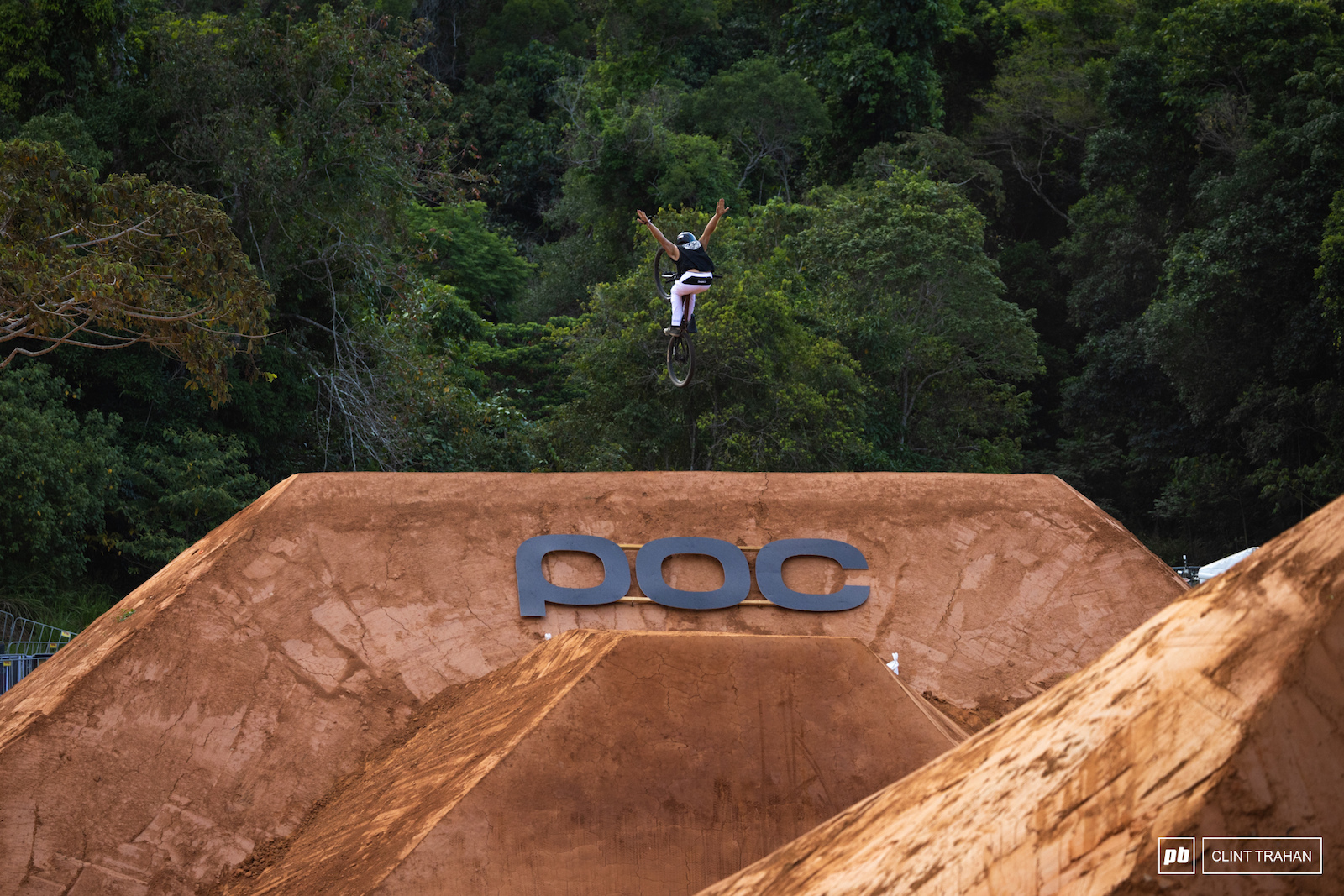 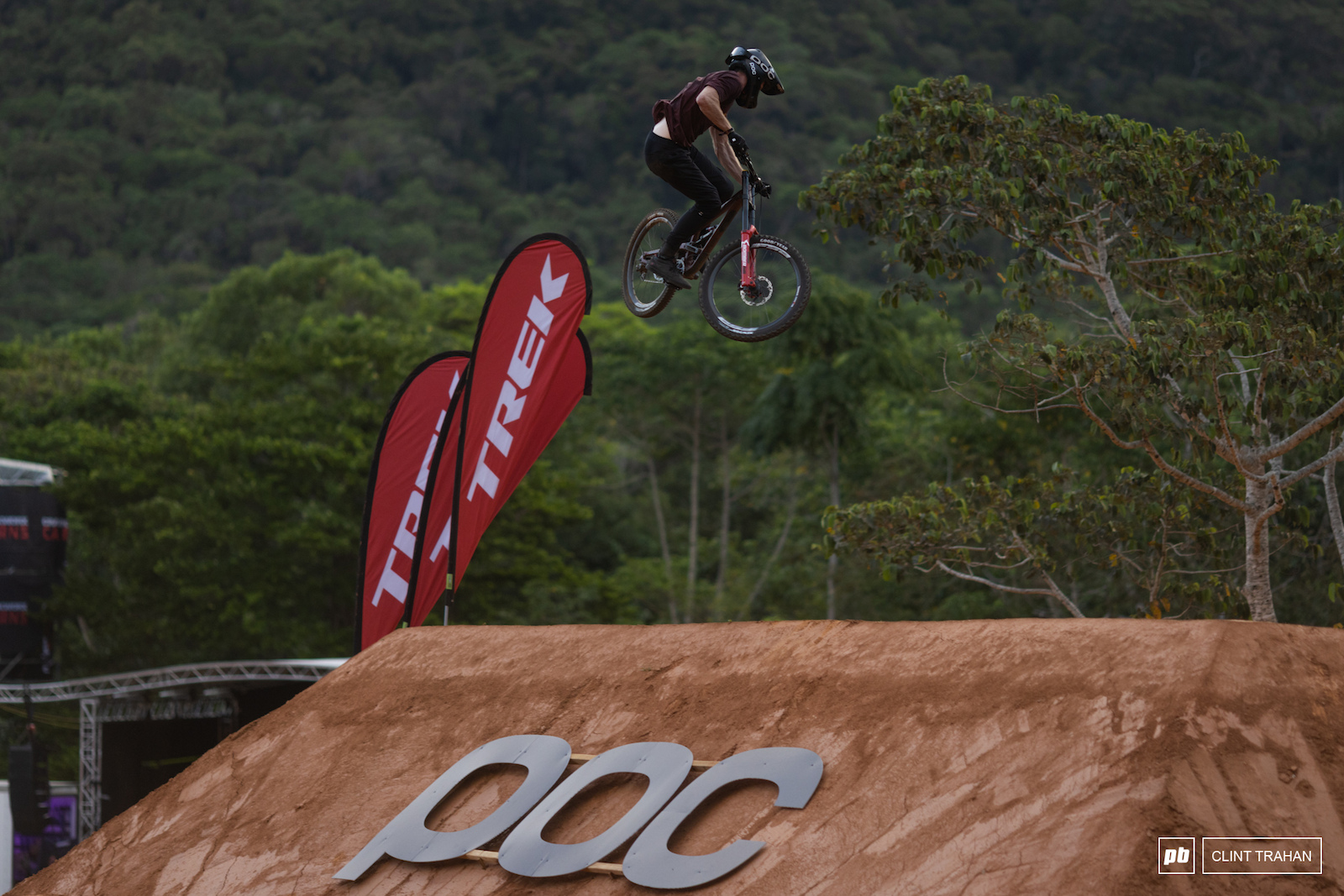 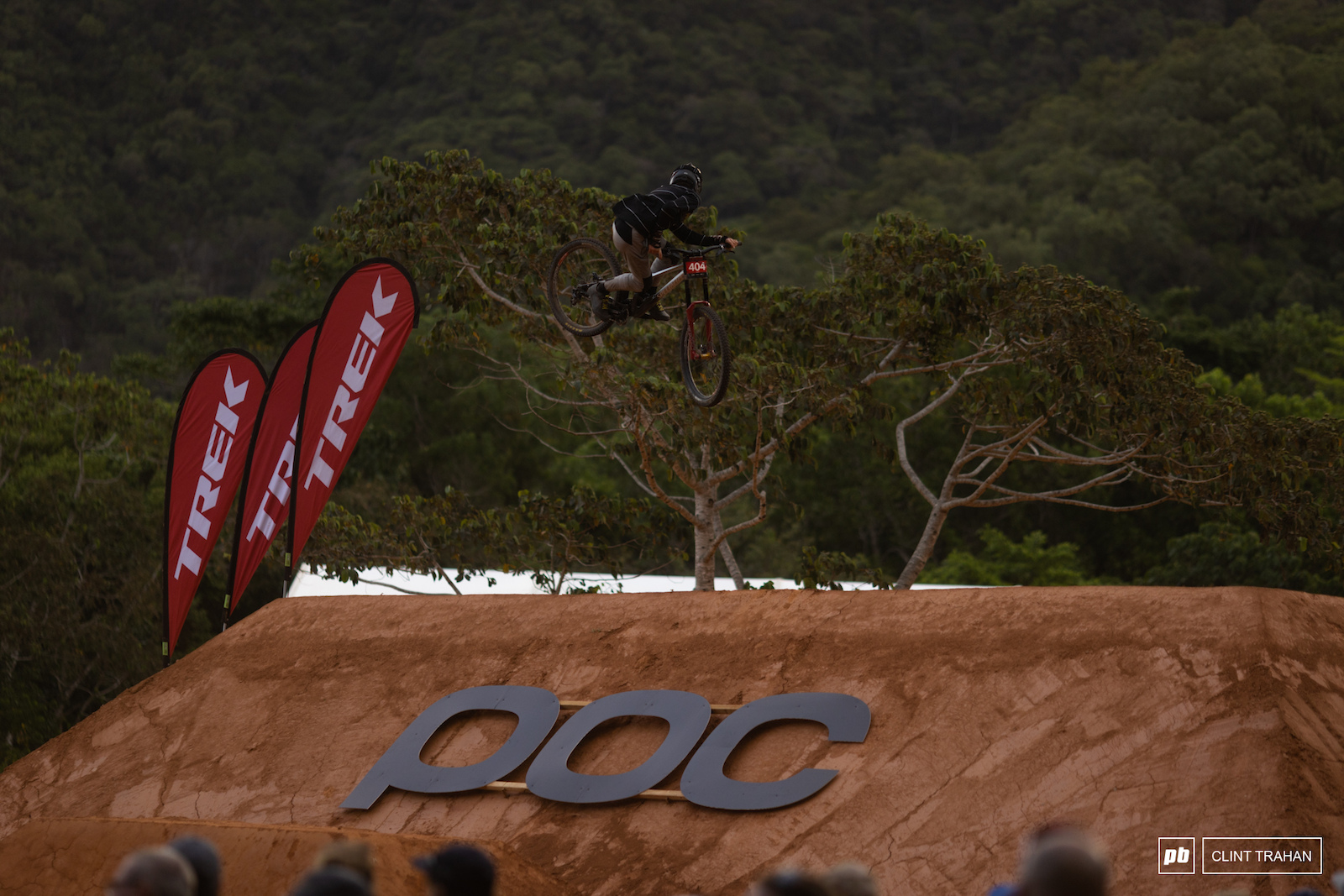 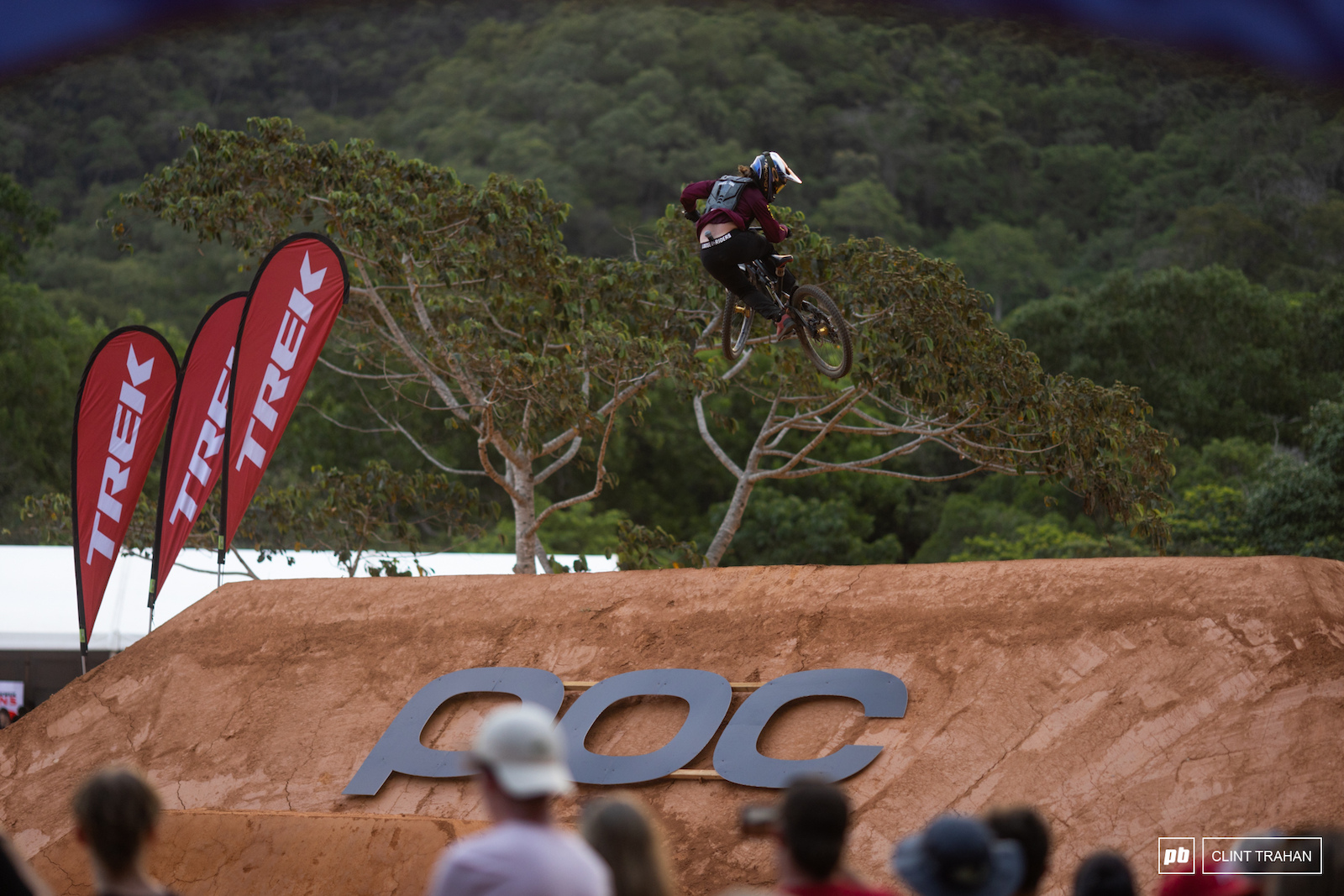 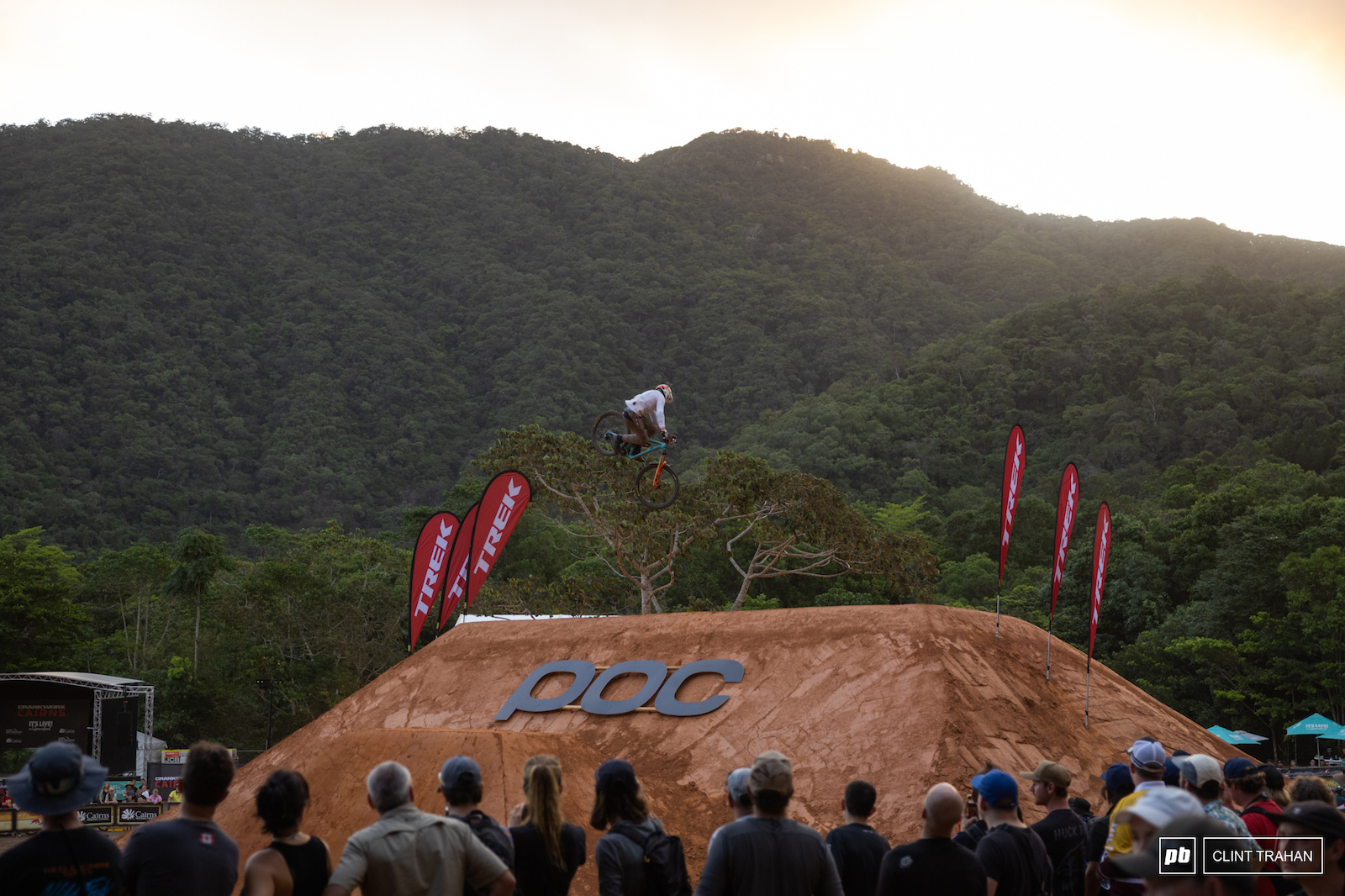 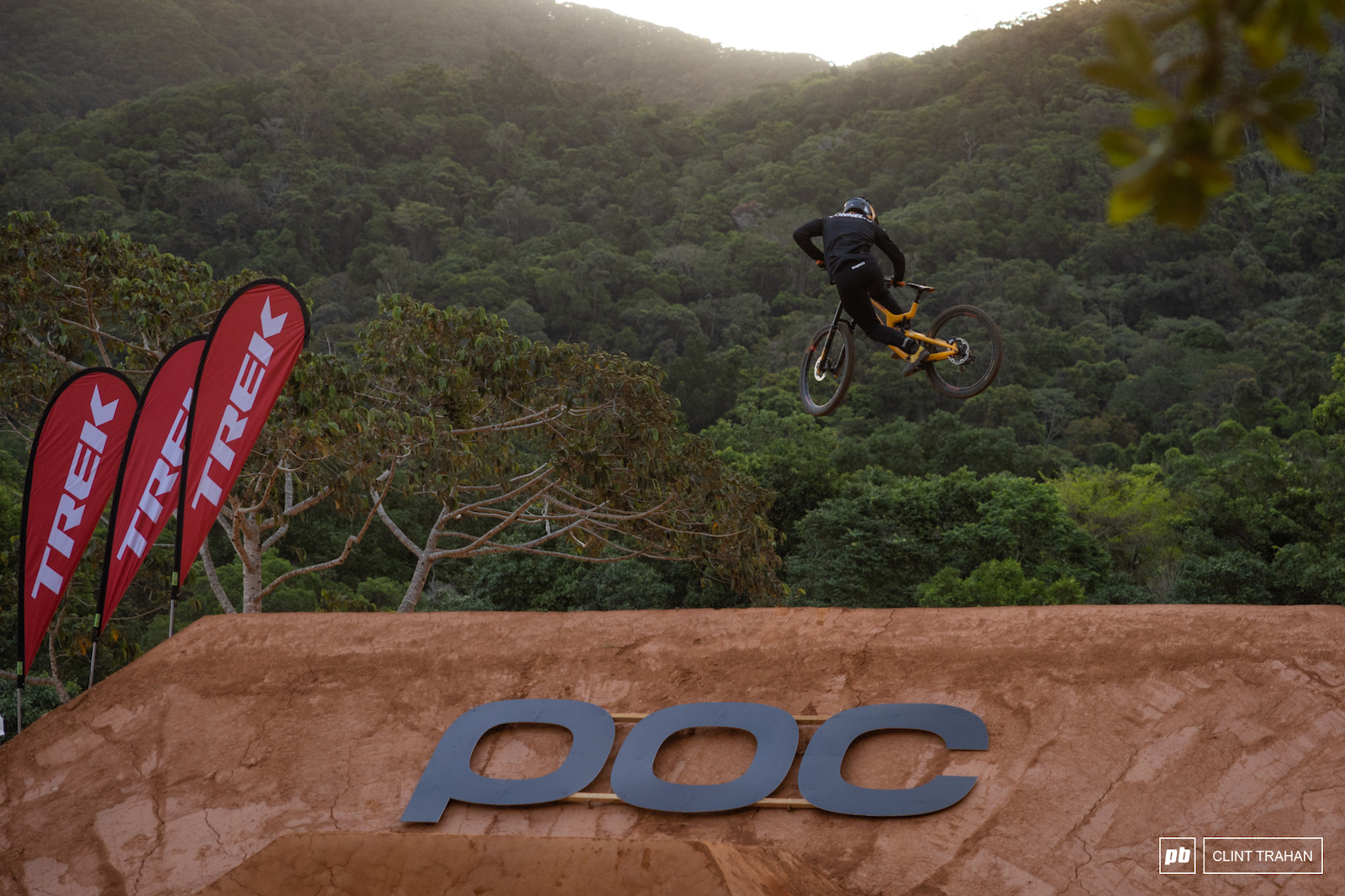 Pinkbike Racing's Jackson Connelly back in his home country for Crankworx Cairns. 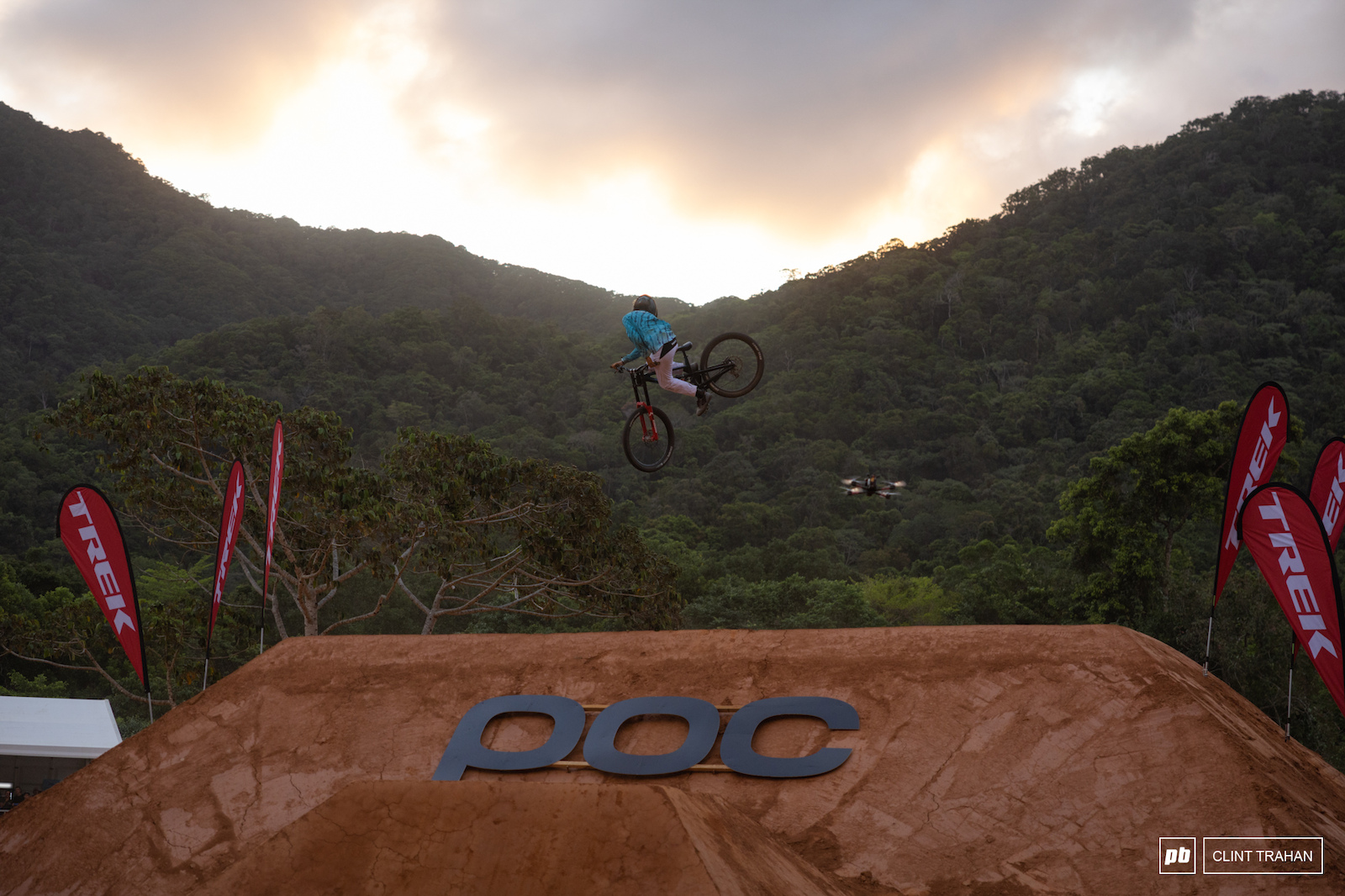 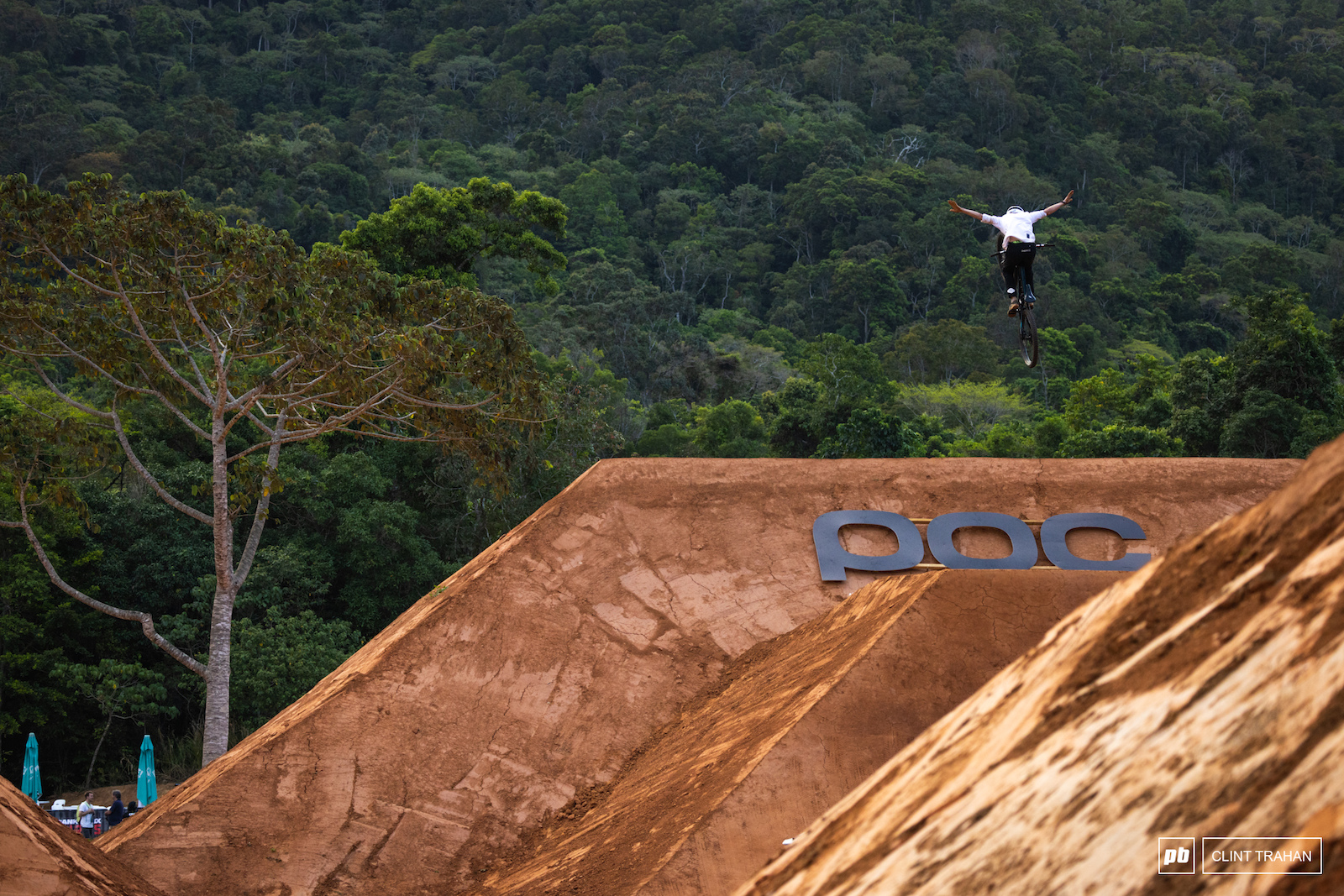 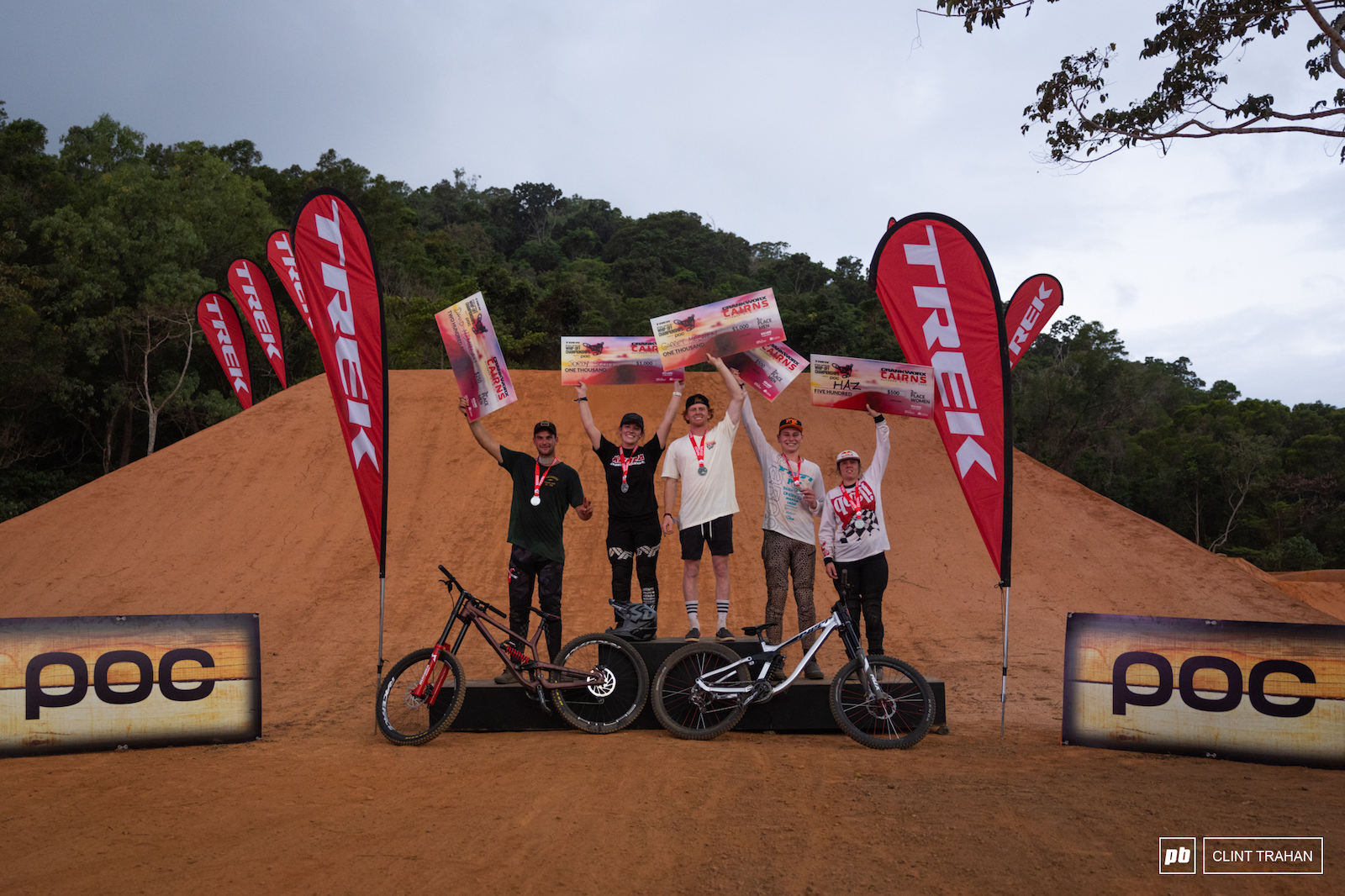 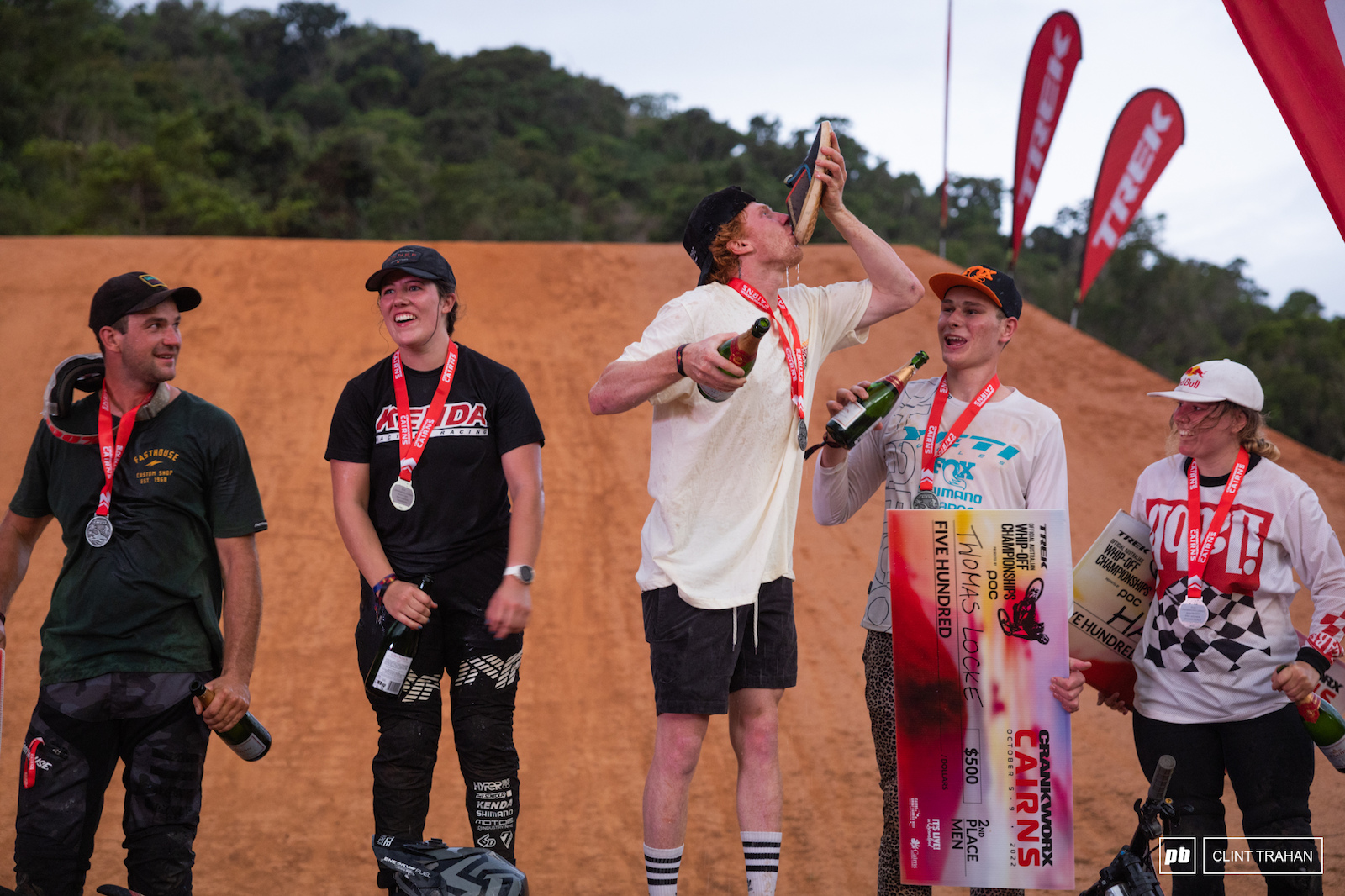 tbmaddux (Oct 5, 2022 at 11:14)
"Australian Whip-off Championship" suggests (to me anyway) that all the whips must be done oppo. Hopefully the judges were aware of this.

rrsport (Oct 5, 2022 at 14:23) (Below Threshold)
I should cut my ding dong off and compete, could almost get an extra degree there to take the win

fracasnoxteam (Oct 6, 2022 at 5:08)
Pinkbike should at least post a proper photo of her winning whip, even one of her non winning. I bet it's the only pics of her they took

deknarp (Oct 6, 2022 at 11:24)
@fracasnoxteam: I agree, she probably did much better than that. Pinkbike did her dirty with that photo