The stellar field of riders being announced today includes 2021 returning champions Carson Storch (USA) and Camila Noguiera (ARG). These riders will be tasked with defending their titles against a stacked field of 20 of the best male and 12 of the best female mountain bikers in the world. The field invited rider field includes 7x Crankworx winner and 2021 Freeride Mountain Bike World Tour champion Emil Johansson (SWE), 2021 second and third place finishers Reed Boggs (USA) and Dylan Stark (USA), second-place women’s finisher Hannah Bergemann (USA) and Casey Brown (CAN), who made history in 2019 as the first woman to compete in Proving Grounds.

Fifteen pre-qualified, invited men and all 12 invited women will advance straight into Saturday’s Super Final. On Thursday, 15 wildcard men will be competing in a qualifying event, where the top five finishers will advance to Saturday’s final. Riders will get two runs each in finals, with their best overall run counting.

Legendary rider and all-around Proving Grounds facilitator, Cam McCaul, says, “This eclectic field of competitors is evidence that Proving Grounds is something that just absolutely needs to happen at this point in our sport of competitive freeride mountain biking. The enthusiastic and positive response from the riders has been overwhelming, and making this list wasn’t the easiest task for our selection committee. The partnership between Natural Selection Tour and Proving Grounds is going to evolve in parallel with the natural direction these riders are pushing our sport, and the future is very bright.”

In 2021, Proving Grounds became the first pro women’s freeride event to have women competing on the same course as the men with equal pay. “Proving Grounds is a big opportunity for us riders to go push ourselves on larger features. I’m always super excited to go ride new big hits, especially when they’re built well and you already have that confidence built up before even riding,” says Vaea Verbeeck, Canadian pro rider, 3x Downhill National Champ and 2x Queen of Crankworx. “Creating more space for us to come ride together with the boys makes me stoked. I can’t wait to session with everyone!” This September, women riders return to compete with both equal billing, course access and prize purse. 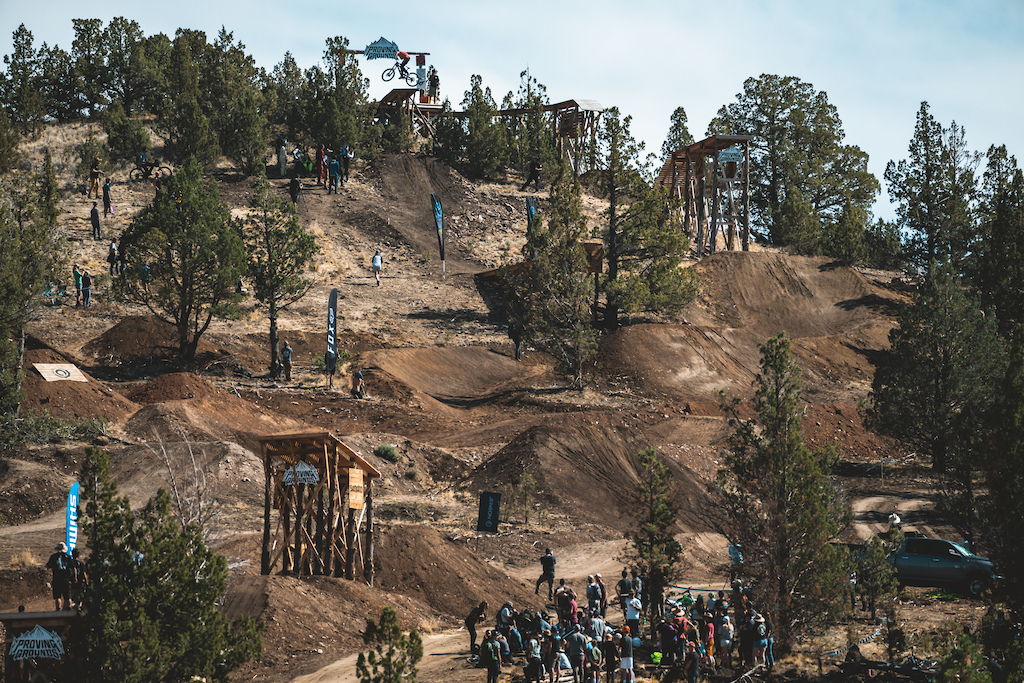 Tickets are on sale now, including one-day tickets, as well as very limited three-day camping passes. Saturday will feature a full day of Super Finals competition. Gates open at 8:00 a.m. Competition kicks off at 10:00 a.m. with second runs beginning at 1:00 p.m. The winners will be announced with a podium ceremony immediately following the competition. A limited number of camping passes offer exclusive access for ticketed campers only to Thursday’s qualifiers, Friday night’s men’s and women’s Jump Jam and a screening of the new TGR MTB film Esperanto. One-day and camping passes are now available at NaturalSelectionTour.com.

The Natural Selection Tour brings its cutting-edge production, as seen on the EMMY-nominated snowboard tour, to Proving Ground viewers worldwide. An hour-long feature show will capture the action from multiple camera angles combined with proprietary racing drone POV, upping the at-home viewer experience beyond what was thought possible. The show will premiere on naturalselectiontour.com (date mid/late-September) and then be available to stream, for free, on-demand following the premiere.

The Flying Blind Dirt Park is located just outside of Prineville in Central Oregon, near the town of Bend, which has long been a hub for all things adventure. With Mt. Bachelor as its backdrop and over 300 miles of singletrack, it’s no wonder the Mountain Bike Action named Bend “the best mountain bike town in the country.” 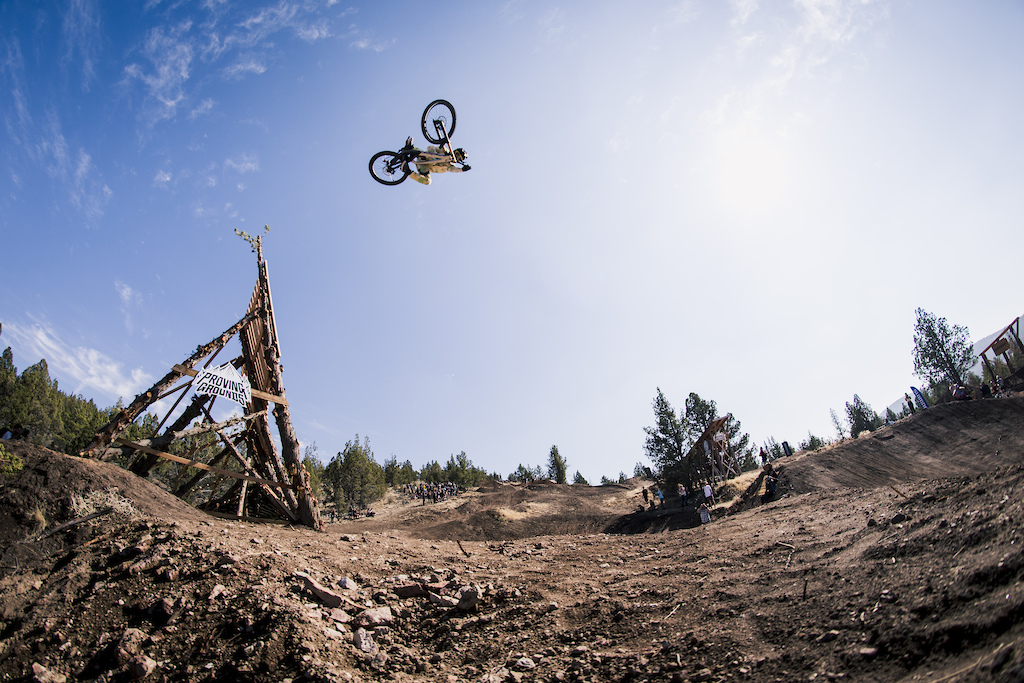 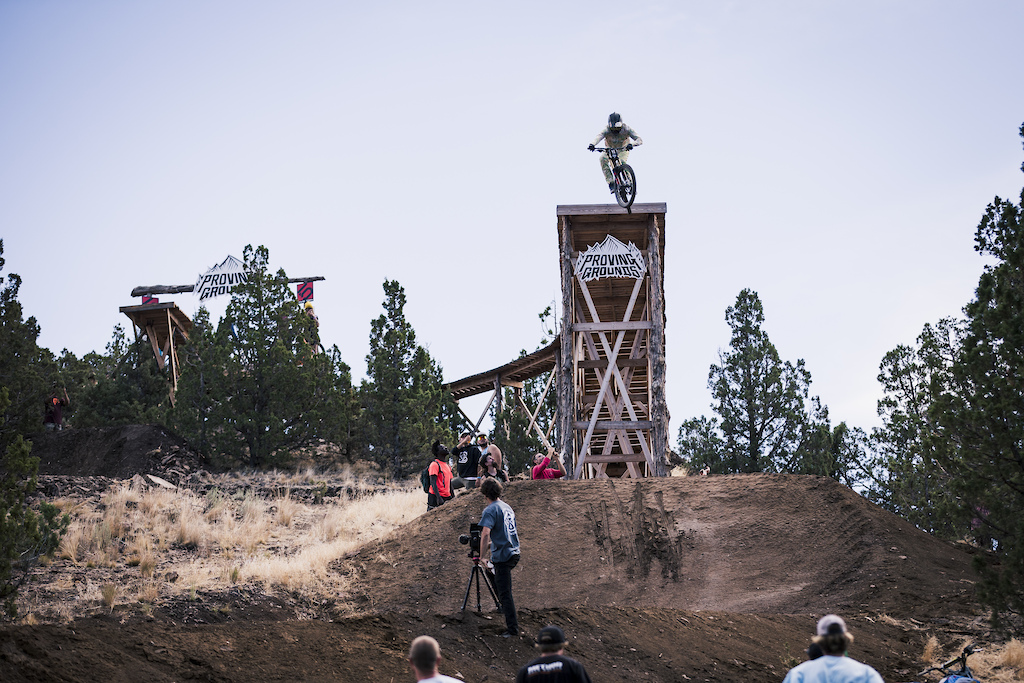 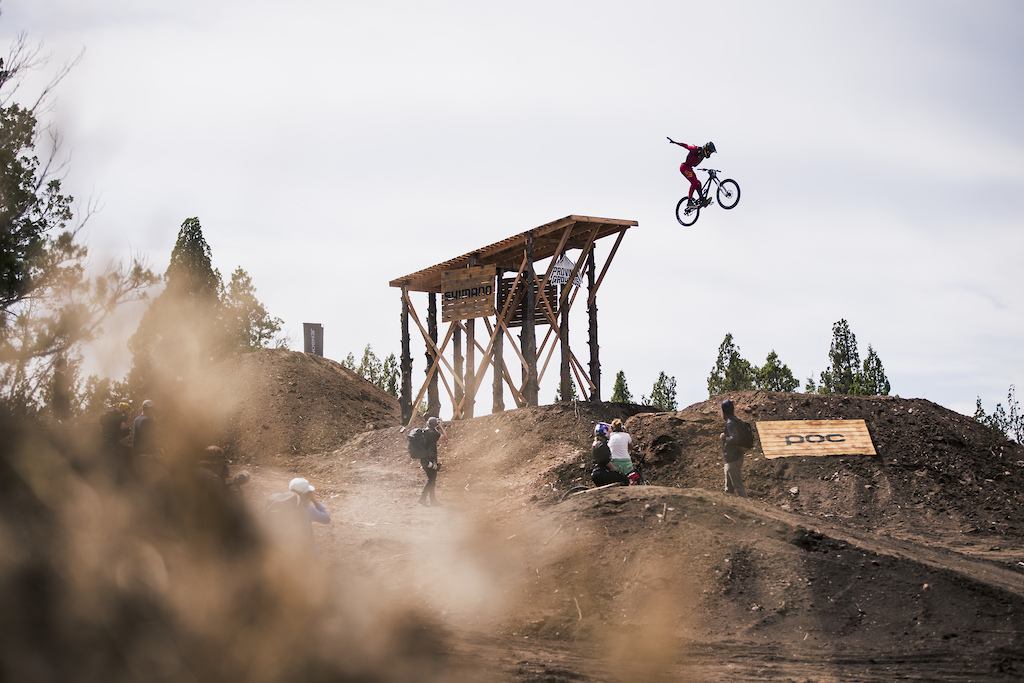 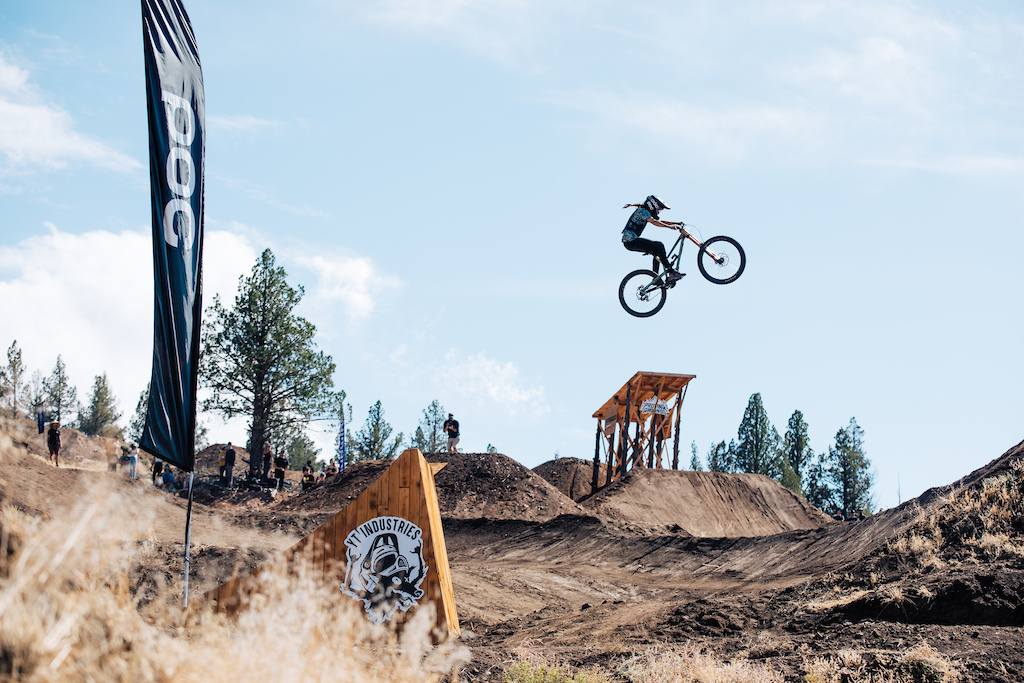 onawalk (Aug 6, 2022 at 19:35)
I was under the impression that Proving Grounds was a qualifier for Rampage, etc.
It looked like an opportunity for up and coming riders to try and get their foot in the door, this looks like a stacked field of pro riders.
Don’t get me wrong, I can’t get enough of watching Andreu and Jaxson ride, but I liked the idea of a stepping stone event of sorts. Maybe I was mistaken

BEERandSPOKES (Aug 6, 2022 at 20:43)
Once was, and could be again, and you can thank FORMATION for that if it happens. Those WOMEN F'ING RIP and cause all riders to want to be on that level!!!

powturn (Aug 6, 2022 at 21:40)
Rampage qualifier status was a pre-Covid thing: when Rampage resumed in 2021, with just 15 riders instead of 20, that deal was off. Having one or more official qualifier(s) for Rampage would offer newcomers an objective goal, and seem like a healthy way to grow competitive freeride. Not sure what is happening behind the political scenes to change that.

onawalk (Aug 8, 2022 at 12:00)
@BEERandSPOKES: they do rip, that’s a fact.
Really hope that there will be more coverage of these events in the future

Svinyard (Aug 6, 2022 at 22:01)
Anyone who hasn’t been to this event, it’s badass. You are really close to the course, it’s not mega crowded and you can feel the bottom puts on some of those landings. You get to bump into the riders and kids get high fives from them. It’s awesome and easy with no Binocs required. The course just gets better. Prineville is pretty decent too. Bbq joint behind the brewery is on point. It’s the opposite of something like Crankworks mobs.

TombPhoto (Aug 8, 2022 at 2:35)
Would have been rad to see Sam Hodgson thrown into the mix for this. But on a positive note, so good to see such a big crew for the womens line-up!

everyone move to bend !!!