Round Up: Women's MTB Wednesdays - Issue 6 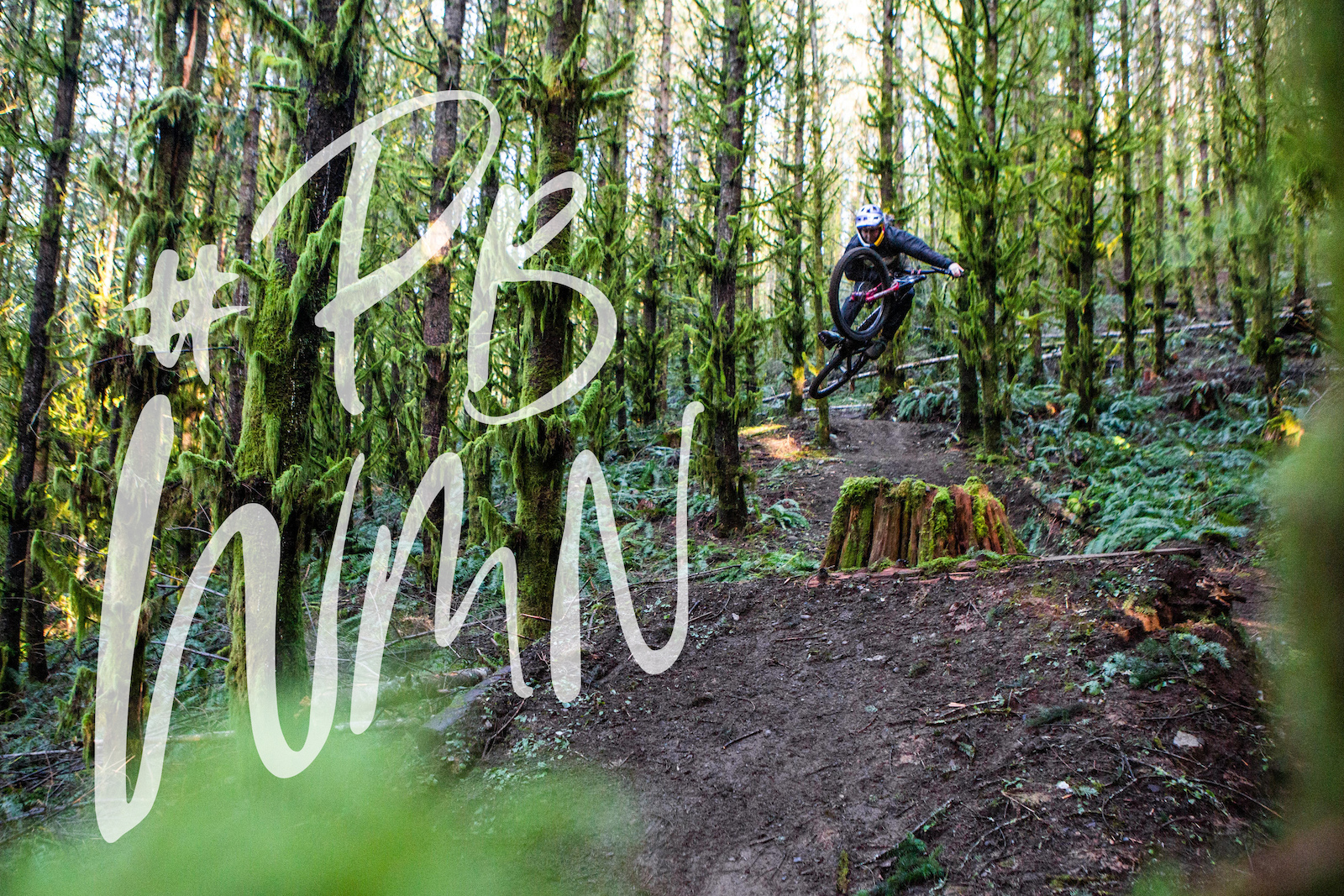 Welcome to the sixth issue of the Women's Wednesday round up, a regular digest of some of the most notable achievements from women in the bike world. We want to highlight all of the women who work to push our sport forward, so we plan to share news, race results, our favourite video clips, and more. You can help us find more content from rad women by using the Instagram tag #PBWMN.

The countdown is on to the first downhill World Cup at the end of the month in Lourdes and so we've likely seen the last of the team announcements now. Some of the more notable moves include Loana Lecomte signing with Canyon, Katy Winton making her way back onto a factory program with GT after a year as a privateer, Mille Johnset signing with Commencal 100%, Bex Baraona moving from Ibis to Yeti, and Junior World Champion Izabela Yankova signing with Specialized.

We've also seen Frida Ronning joining The Union, Louise Ferguson getting a ride with Nukeproof, Jenny Rissveds and Team 31 swapping to Ibis bikes from Specialized, Morgane Jonnier signing with Rossignol, Haley Smith on a new program with Maxxis, Isla Short on a self-run program with Hunt Wheels and Juliana Bicycles, Raphaela Richter joining the Ibis Factory Team, Junior racer Vanesa Petrovskas joining the UR Team, Hanna Steinthaler joining the Cube Actionteam, and Haley Batten signing with Specialized Factory Racing. You can see a complete list of all of the team changes here.

Rachel Atherton has announced that she is planning her comeback from both injuring her Achilles in 2019 and giving birth to her daughter Arna. We look forward to seeing her back between the tape! Someone we won't be seeing between the tape at World Cups this year is American racer Lea Davison, who has retired from international XC racing after a career that began nearly 20 years ago.

The Freeride Mountain Bike Association has announced the addition of the FMB World Tour Women’s Division and Red Bull Best Line Women’s Contest this 2022 season with the goal of providing more opportunities for female freeride athletes. You can read all the details here.

In non-racing news, if you haven't checked out Jill Kintner's creative "Bandit Hill" animation, definitely give it a watch. The project showcases her riding while creatively telling a magical little story about the critters on her Red Bull helmet coming to life.

The dialogue surrounding mental health, eating disorders and women's health has never been more vibrant. Both Evie Richards and Isla Short opened up in interviews about eating disorders and the pressures of cross-country racing, while former World Cup cross-country racer and current cyclocross racer Maghalie Rochette created the Menstrual Health podcast series in partnership with Rapha on women's health about working with the mentstrual cycle and female physiology. One of her guests on the show is 2021 XC World Cup winner Haley Batten. 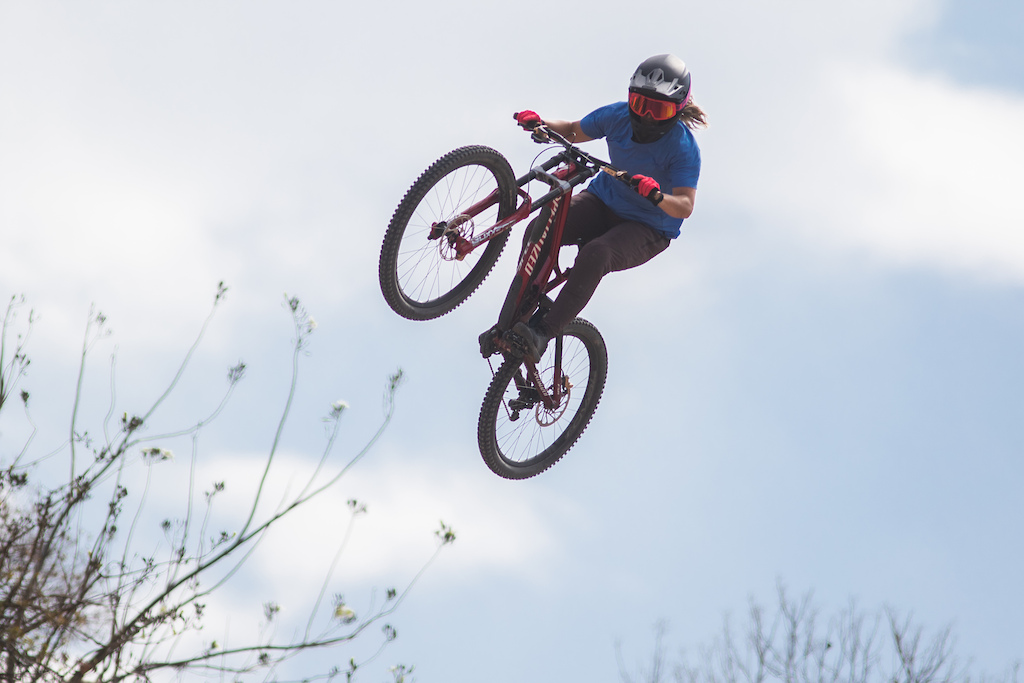 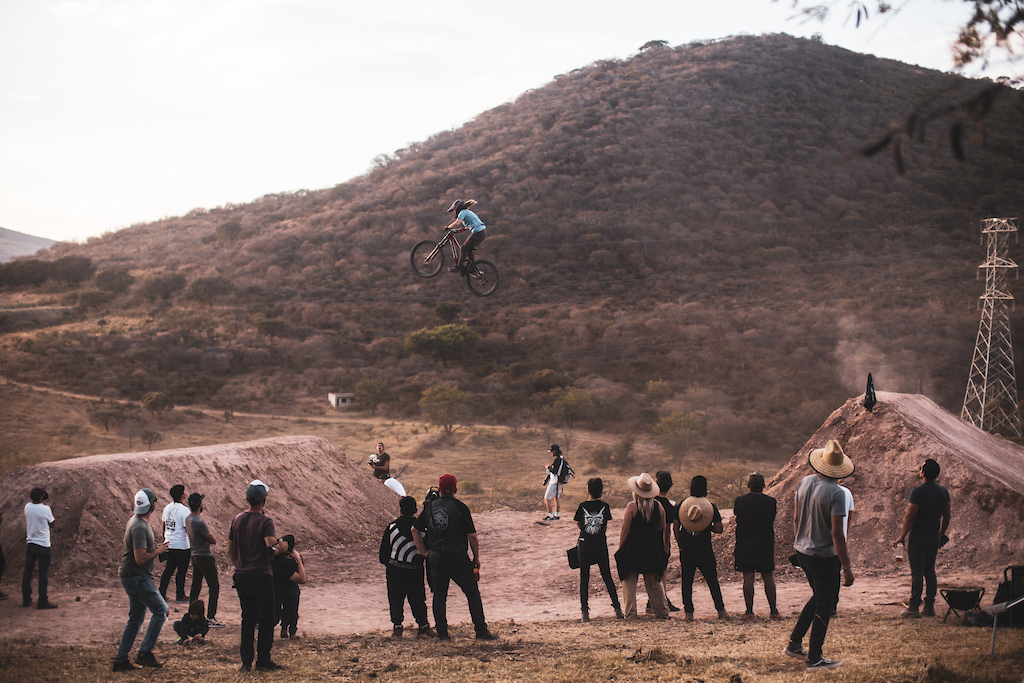 The Australian National Championships took place at the end of last month, with Rebecca McConnell taking an incredible 16th Australian National title with nine consecutive Elite national wins. Ellie Smith secured the Women's Elite national title with a win of only 0.43 over 2021 Champ Sian A'Hern. In New Zealand, it was Sammie Maxwell that became the 2022 Elite National XC Champion, while Jess Blewitt and Jenna Hastings took the Elite and Junior DH titles respectively.

On the XC side, Jolanda Neff won the Internacionales XCO Chelva, while her Trek teammate Evie Richards took the win at the Copa Catalana Internacional Banyoles.

World Cup DH racing kicks off on March 26th in Lourdes, while the XC World Cup calendar gets underway April 8th in Petropolis, Brazil. As for the Enduro World Series, that will begin June 4th right where the season ended in the Tweed Valley.

Alicia Leggett put together a great round up of Riders to Watch in 2022. While our race prediction crystal ball isn't always correct, she took some guesses about which riders might be the next rising stars and athletes to watch in the months ahead as we look forward to racing beginning again. Last year, we put our money on Hattie Harnden among others, and she went on to have an incredible 2021 where she became the youngest female EWS winner in history. 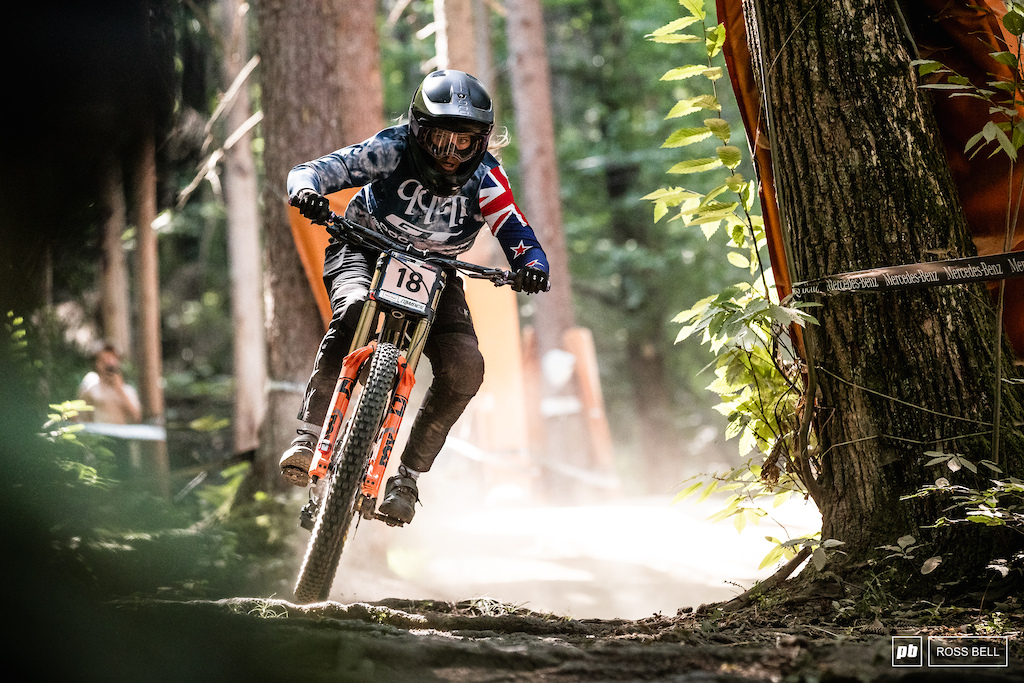 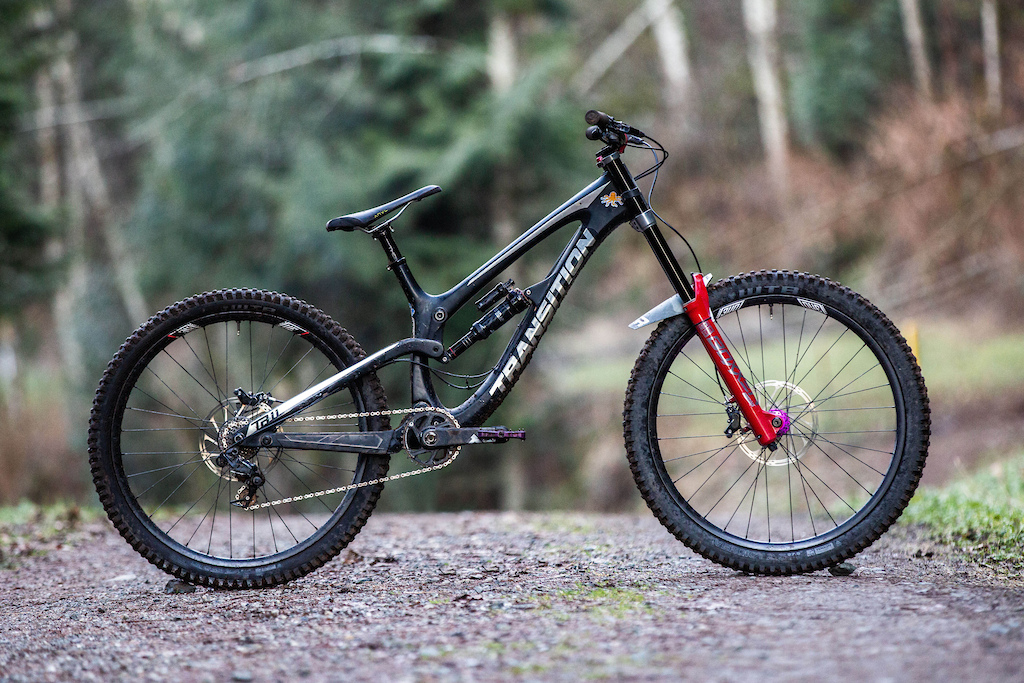 We'll have more bike checks as soon as the race season really gets going, but in the meantime, Christina Chappetta headed to Bellingham to ride with Hannah Bergemann and check out her Transition TR11, Liv released a 29er version of their Embolden value trail bike, and HKT Protect announced a collab product range with Veronique Sandler. 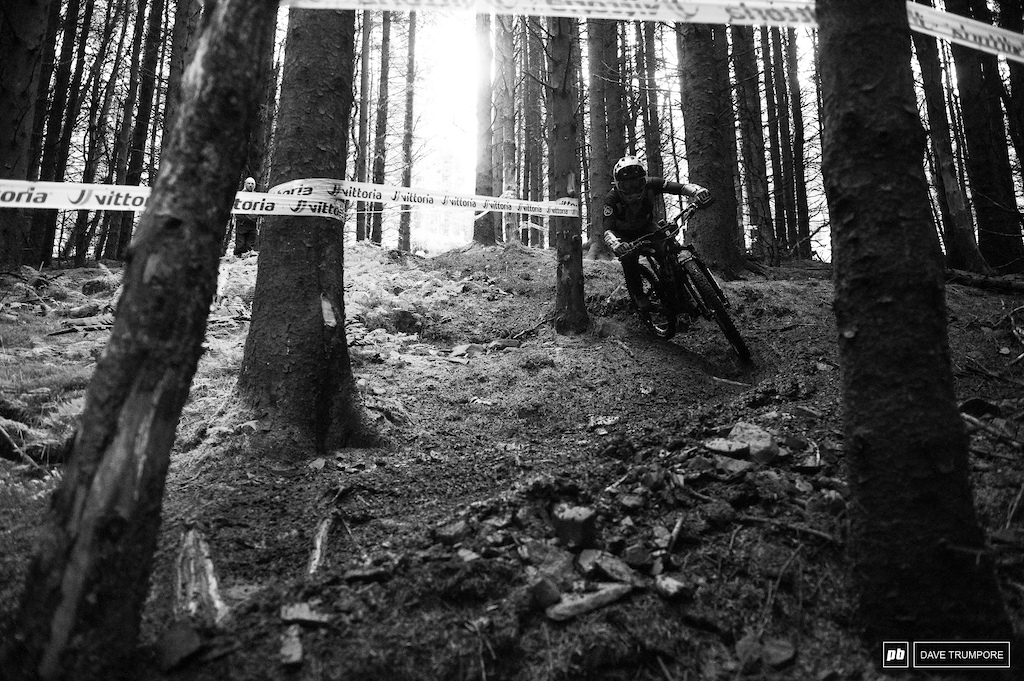 There's nothing like getting to know someone or explore a topic in a long-form interview. Here were some of the podcasts that we listened to recently.


Miranda Miller on the Brett Tippie podcast
Podcast: Harriet Burbridge on Manifesting Your Own Results, Crankworx &Women's MTB
Maghalie Rochette's Fever Talk: Menstrual Health Series - How to get a healthy and regular cycle? with Dr. Georgie Bruinvels and Olympian Haley Batten
Podcast: Abby Hogie on Downhill, Women in the Sport & the Beyond Racing Team 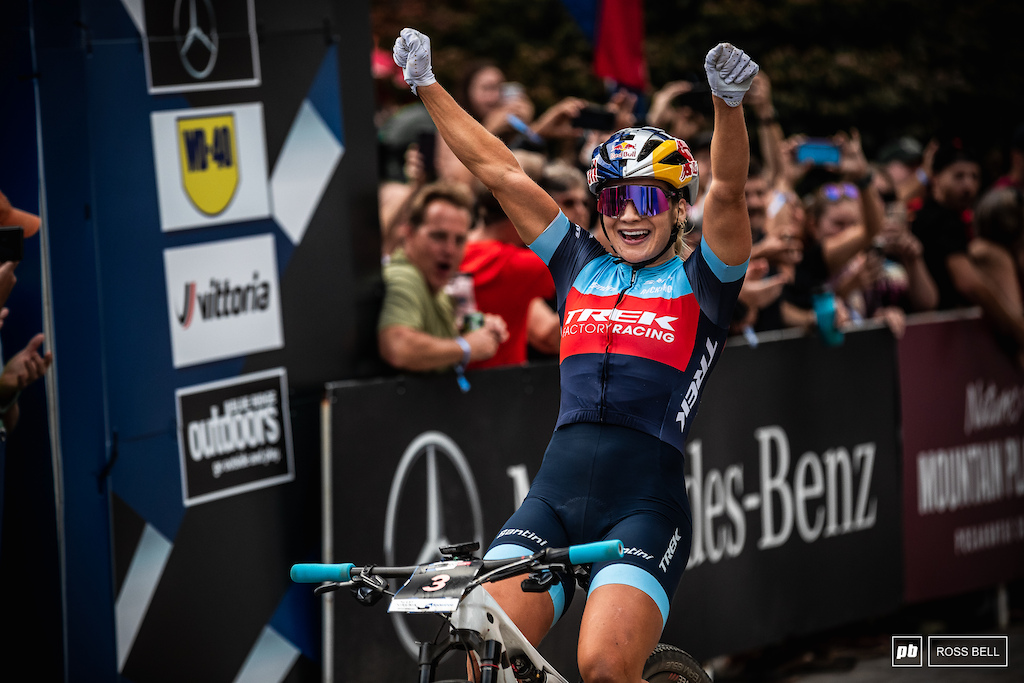 Evie Richards taking the win in the XCC in Snowshoe. 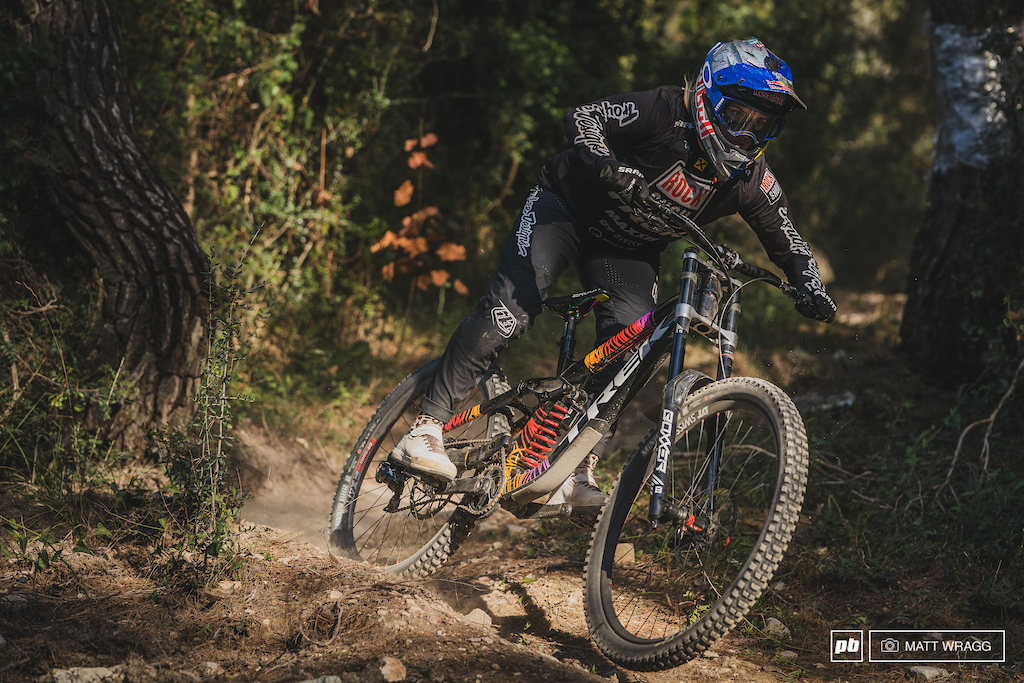 As always, there's a lot to celebrate right now, and we love to see it. We've shared a couple of our favorites from social media below and keep tagging #pbwmn on Instagram to help us find more content from all the rad ladies out there!

Celebrating all the female riders out there working together to push our sport forward. Remember to use #PBWMN on Instagram so that we can find your content and engage with it. We look forward to sharing some of our favorites on our social media and in our women’s round ups.

sarahmoore Mod (Mar 2, 2022 at 13:11)
I mentioned that the FMBA has announced the addition of the FMB World Tour Women’s Division for 2022, but didn't list all the venues. Very cool that Highland Mountain Bike Park will be hosting three of the events! You can see the other venues here.

jspier (Mar 3, 2022 at 7:21)
The long-form interviews you guys have done with Evie and Isla are easily two of the best stories I've read all year. The questions you are asking and the conversations you're taking the time to get into with them are exactly the type of content I appreciate. Thank you for this coverage.

wburnes (Mar 2, 2022 at 19:58) (Below Threshold)
I wish. Unfortunately the decadent ruling class is on board, so they will never actually go broke