scferg mattbeer's article
Sep 19, 2021 at 9:15
3 days
Video: Meta Power 29 vs 160E vs Range VLT vs Kenevo SL - Field Test Roundtable
@sethius: Shops periodically get stock, that’s how I nabbed mine at the beginning of the year before Orbea had really started shipping direct orders A handful of the dealers are in the FB owners groups and post when stock is available

scferg mattbeer's article
Sep 17, 2021 at 12:42
Sep 17, 2021
Video: Meta Power 29 vs 160E vs Range VLT vs Kenevo SL - Field Test Roundtable
@ohbmxer: (Rise owner) curious if you are reading the geo specs or have ridden one? My only geo complaint is that the reach feel short (likely actually EFF) which is likely on account of how much time you spend in the saddle compared to an analogue bike. The numbers themselves put it inline with most modern trail bikes though.

scferg mattbeer's article
Sep 17, 2021 at 12:34
Sep 17, 2021
Video: Meta Power 29 vs 160E vs Range VLT vs Kenevo SL - Field Test Roundtable
I have an Orbea Rise which is somewhere between the Levo SL and Kenevo SL and that's exactly why I went with it. It's not quite powerful enough to just cruise in anything but full boost. Frankly, it's so much fun you end up pushing yourself either way. Doesn't hurt I can do a 20+ mile ride without the extender in ~1:30 and the bike is light and playful like my analog bikes. To be honest, I find it as capable as my enduro bike just a bit more active. But I can toss a range extender on it and head out for a long day, loosing a bit of playfulness in the process. Ignoring the sticker price of all the Specialized eMTBs I'm super curious to get out on a demo of one of these (reminds me to call the local Spec store and reserve on).

scferg mikekazimer's article
May 13, 2021 at 12:25
May 13, 2021
First Ride: 2022 Specialized Kenevo SL - The Electric Enduro
While the Rise is a bit of a smaller bike, it rides like a big bike and has twice the power... I feel good about my decision there in light of this. I'm guessing an updated Levo SL will give the Rise a run, but this isn't it...

scferg jamessmurthwaite's article
Mar 9, 2021 at 14:45
Mar 9, 2021
North Carolina Trails Closed After Coyote Attacks on Mountain Bikers & Hikers
We have a pack of coyotes and I attack (haze) them at every possible chance. They act tough but we are higher in the food chain and they know it. In fact, my dogs alerted me this morning to a coyote stalking us. I found him, aptly named Wile E. after he snuck past our 8ft fence on Friday, taking a "snooze" in the horse pasture. Man did he want to "play" with the dogs. Let me tell you, they usually run scared when you yell, throw your arms up and head their way but Wile E. was having none of that today. It took some large rocks headed in his direction before he decided it wasn't his day. Lucky for him, I couldn't find him a few minutes later otherwise he would have met the business end of my McLeod (yes, they are one mean multitool).

scferg alicialeggett's article
Feb 10, 2021 at 14:26
Feb 10, 2021
New U.S. Congress Bill Proposes a Tax Rebate for E-Bike Purchases
* Disclaimer, we just received a family Tern GSD and I'm waiting on an Orbea Rise so I can keep riding with a young kid at home and tag along with the wife and kiddo on the weekend. Once the little ones are riding age, life will be easier, but until then I'll gladly "cheat" instead of staring at my bikes in the garage on Saturday morning.

scferg alicialeggett's article
Feb 10, 2021 at 14:26
Feb 10, 2021
New U.S. Congress Bill Proposes a Tax Rebate for E-Bike Purchases
For what it's worth, I just don't get the pure negativity towards e-bikes in general. I think we often conflate the types of early eMTB riders with the bike itself. This is very similar to the mentality towards snowboarders up until the 90s. There are very good reasons for folks to ride an e-bike including age, ability, time, etc. It's the few folks passing going 20mph up the climbs that piss everyone off.
Load more... 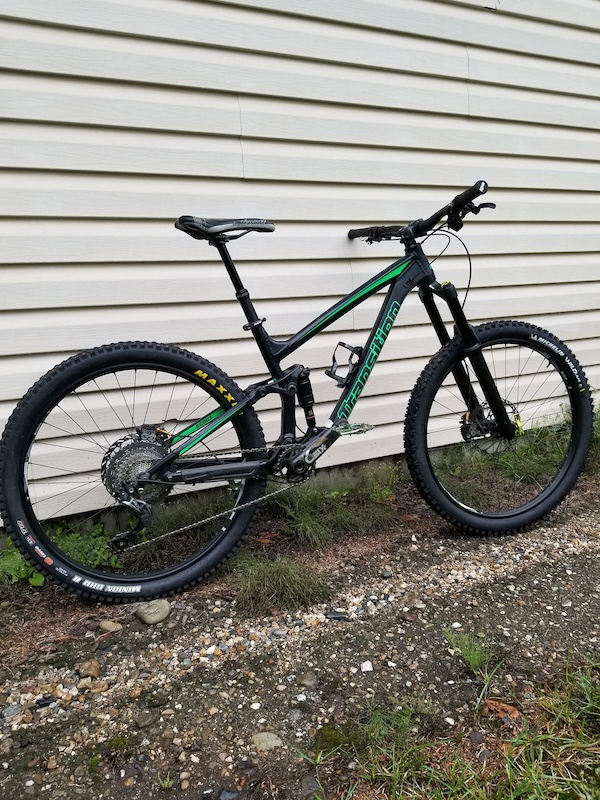