Movies for Your Monday

Feb 19, 2012 at 22:50
by Scott Secco
Share
Tweet
40 Comments
Road to Whitestyle: Road to Whitestyle is an accurate account of one man's journey to executing the elusive double-backflip. Filmed, Edited and Produced by: Tom Grundy. Music: Keys and New Wires - Children of Lions. Composed by Sam Hanlan http://soundcloud.com/childrenandlions. I Do it For You - Brian Adams. Drumz West - Benga. www.TomGrundy.co.uk.

November Kamloops Trip Got some clips from a really chill trip to Kamloops for the weekend with some friends, Stephane Pelletier, Corbin Selfe, Tim Lomenda, Mike Brothers, and Kyle McKinnon.

Devinci Factory Tour — R&D: To ensure Devinci exceeds your savage riding expectations, each bike undergoes brutal and calculated testing before ever leaving the factory doors. See how Devinci uses its proprietary Instrumented Bike to measure forces of nature and how they work against or in conjunction with specific designs. This allows its R&D czars to push prototypes to failure, fast, and improve upon fitness in the field before pro test-pilots dial in geometry and feel.

Ride to the Lake - Iago Garay

Dreaming: Filmed by Mike and Lara. Thanks to Oak Bay Bikes.

Josh Bender hits a road gap on his Ellsworth 29er: This historic video was filmed in Bootleg Canyon.

Josh Bender hits a road gap on his Ellsworth 29er

Elof Lindh Winter 2012 / Vienna Air King Promo: I put together the clips Elof has filmed during this winter, there's also some clips from his last edit, 'cause this is the video he's going to use for his Vienna Air King submission. Enjoy!

Callum Havard | Don Skenes Cycles Pre Season Edit: For the full article check out our website for more - http://www.eyesdownfilms.tv/ or give us a 'Like' on our Facebook Page to keep up to date with our work.

All of Our Crashes From the Last Year: 30+ crashes!

All of Our Crashes From the Last Year

Abandoned But Not Forgotten: A few days back, I’d been on a video shoot with Essence Pictures in some abandoned factory buildings at the docks. They gave me their 5D to film Eki and Karl. However, Karl had a flat tire and Eki’s chain snapped. Luckily for us we were told to go down there again and take more shots.

abandoned but not forgotten

Hazelwood Trails: Here are two clips from the Hazelwood Trails filmed late in the Fall of 2011. The first clip is on the line called Big Foot, and the second run is on Talladega.


ODSY Vision: Terry & Aaron Mix - The Sequel: Terry Adams & Aaron Ross are back for another adventure. This time, the duo cruises around Terry’s home state of Louisiana and team up on spots around the New Orleans, Baton Rouge and Hammond area. Words can’t even begin to express how much fun we had making this.

Bike Messenger Stunt 1988: Who wouldn't want a delicious can of Mets after watching this?


The Denali Experiment: Freeride skier Sage Cattabriga-Alosa and big mountain snowboarder Lucas Debari step out of their element and make an attempt to climb, ski and snowboard Denali. Sage and Lucas got a helping hand from a huge cast of seasoned and professional climbers and ski mountaineers from the North Face Athlete Team, including Hilaree O’Neill, Conrad Anker, Ingrid Backstrom, Jim Zellers, Emilio Previtali and Giulia Monego, as the two embark on the hardest expedition of their lives. http://camp4collective.com/

The Denali Experiment from renan ozturk on Vimeo. 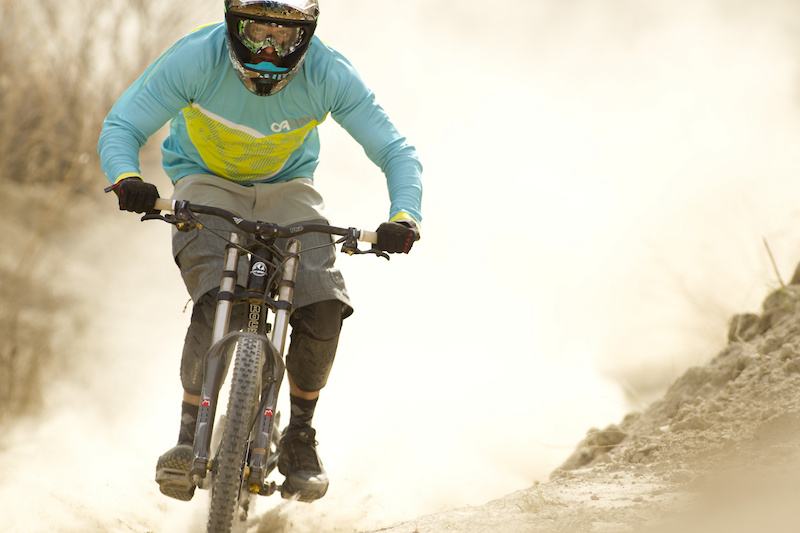 TomGlenn (Feb 21, 2012 at 13:05)
I half expected him to ride on afterwards and just have a montage of the bike slowly reducing to a pile of scrap throughout the video.

gtrider01 (Feb 20, 2012 at 0:32)
what the hell... first the whitestyle edit, then seeing bender come out from the cuts on a 29er and to finish it all off with tony hawk? a little confused on those 3 clips (bike messenger was a classic) but none the less it should be a good monday.

jeffrupert (Feb 20, 2012 at 19:11)
when terry kicked aaron at the end i actually laughed out loud while sitting in a dark room by my self

Every 3 seconds there's a banger!

epavichthesavage (Feb 20, 2012 at 0:31)
Movie monday makes even Garfield himself cheer up