Jun 19, 2022 at 14:27
by Scott Secco
Share
Tweet
3 Comments
Tea & Biscuits 2 - Full Film Is that Sam Hill? Yeah, that’s Sam Hill. And he’s joined by countless legendary stars and rippers in Tea & Biscuits 2, a very British international mountain bike film. Like a pack of custard creams, Tea & Biscuits was a treat enjoyed by all. Creator Tommy Caldwell has spent two years rustling up the second serving, visiting locations across the UK and Europe to film with some of mountain biking’s most exciting riders. Misspent Summers and Caldwell Visuals are proud to launch the second film in the Tea & Biscuits series.

Dan Milner - In Search Of Golden: “Hike-a-bike’ is not for everyone, but it is certainly for Dan Milner. There is no trail too rugged, mountainside too steep or end-point too unknown for Dan. In fact, it’s exactly these things that make him get off and start pushing when most others would turn back. The lure of what’s over the horizon is too strong, and that’s what makes him the adventure photographer that we know and love.

The Athlete Edits - Sam Soriano x Esperanto: If there’s an Esperanto athlete whose career has taken off in the last few years, it’s got to be Sam Soriano. The young female rider out of Colorado has taken to the freeride life and absolutely ran with it. After spending her youth riding BMX, racing enduro and downhill, she picked up her life and moved it to Virgin, Utah to be in the beating heart of big-mountain freeriding.

Camp Loops: Recap of Camploops Progression Camp that went down 3-5 June at the Bike Ranch. Thirty shredders, five coaches, and a whole lot of progression.

Biketown - Official Trailer: Biketown is a story of mountain bikers, unlikely partnerships and the communities they create. Struggling to find their seat at the table, mountain bikers have had to form unlikely partnerships in their fight to ride. Little did they know they were actually helping transform the identity of their communities. Specialized and Soil Searching present Biketown, a film by Freehub magazine, coming summer 2022. Mountain bikers have a long-standing tradition of working with private property owners, land managers and governments, from the local to federal level. Often, these relationships are driven by a dedicated and passionate group of mountain bikers, trailbuilders and advocates, despite a sometimes turbulent and confrontational past. Biketown takes a deep dive into recreational trail development in Chisholm, Minnesota, Bellingham, Washington, Snowshoe, West Virginia and Pacific City, Oregon to explore themes at the heart of the current mountain bike movement—whether that be cooperation between the timber industry and a mountain bike community, federal forest managers and trailbuilders or advocacy organizations and tourism boards. This film is a story of success, an examination of recreation paradigms spanning local and national levels, and a beacon of light illuminating the true effort it takes to create a Biketown.

Erik Fedko - Get Me Started: In the leadup to Crankworx, Erik Fedko explores the riding spots near his hometown in Germany, and travels south towards the end destination of Innsbruck, Austria Whether he's on the big bike or dirt jumper, Erik goes huge.

Loose Mixtape 12 - Ride Everything: Whether you are riding bikepark, freeride, downhill, enduro, slopeduro, freeduro, slopestyle, dirt jump, pumptrack, skatepark, little bikes, or big bikes, as long as you're having fun, you're doing it right. Ride everything!

Kevin Peraza - Con Todo: Vans BMX is proud to present the latest short film from team rider Kevin Peraza, Con Todo, directed by filmmaker and friend Juani Zurita. Meaning “giving it all” or “with everything,” the film explores Kevin’s roots, highlighting his high-energy riding at spots throughout Hermosilo, Sonora Mexico, as well as Arizona and California. This film brings together all of Kevin’s strengths – dirt, park, and street—into one cohesive film laying claim that Kevin is one of the world’s most all-rounded riders.

Hobie Doan Roll Up: Hobie's riding is a treat to watch.

Chad Muska - Create & Destroy: His skateboarding travels exposed him to fine art, inspiring Muska to pursue his dreams of becoming an artist himself. Stop by Chad’s studio to see the icon at work. If you’re not already a fan, you will be.

My War - Alex Midler: If at first you don't succeed, try, try again.

Street Cab: The newest instalment of Cut Down celebrates the influence and resiliency of the most iconic skate shoe of all time. In episode two, The Street Cab, Vans and O’Dell examine the transition from vert to street skating in the mid- to late-‘90s, and how Steve Caballero and the Half Cab continued to influence the evolving culture. Featuring: Steve Caballero, Ray Barbee, Salman Agah, Jovontae Turner, and Jerry Hsu.

“Surfwise” Paskowitz Family Documentary: Legendary surfer, Dorian “Doc” Paskowitz, abandoned a successful medical practice to withdraw from the lifestyle of mainstream America. But unlike other American searchers like Thoreau or Kerouac, Paskowitz took his wife and nine children along for the ride, all eleven of them living in a 24-foot camper. The family spent their days living by Doc’s rules on health, fitness, sexuality, and above all surfing.

Greywater: In Daniel Lombroso’s “Greywater,” a Queens resident discovers an alleged wildlife- poaching ring in his back yard. An investigation reveals a deeper crisis of environmental injustice.

Bacon ‘N’ Laces - A Son & His Blind Father’s Shared Obsession: Stephen Michael Simon’s documentary “Bacon ‘N’ Laces” follows a blind single father who runs a diner with the help of his three kids - with whom he shares a collection of more than seven hundred shoes.

After Skid Row: This film documents the journey of Barbie Carter (aka: Gangster Granni) as she comes to terms with her identity and navigates the road ahead after living on the streets of Skid Row for the past 10 years. The film illuminates the intimate humanity behind homelessness in an effort to replace judgement with empathy and demystify the homeless and housing crisis experienced across the US. 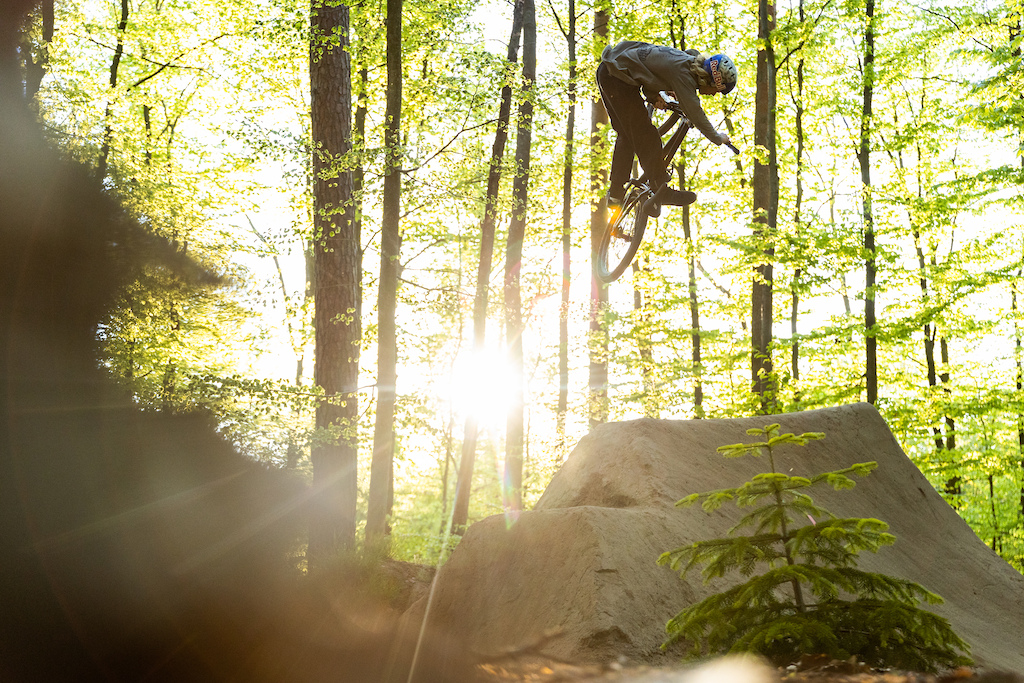