Jun 26, 2022 at 14:46
by Scott Secco
Share
Tweet
12 Comments
Brandon Semenuk - Better Late: Always “Better Late,” as never isn’t an option. Thank you to those involved in all the adventure that won’t go unseen.

Biodiversity of Trail Builders: Here we are with the latest instalment of MTB Earth! The temperate rainforests of the Pacific Northwest are full of biodiversity and known for some of the best mountain cycling trails on the planet. Numerous species of trail builders scatter these lands, adding their own unique flair to the forest. However, this natural phenomenon faces one major challenge- paradise is crowded. The trail builders must learn to work together and share the land.

Shooting A Planet Earth Episode... About Bikes: Mimicking the style of BBC's Planet Earth is always a good time. Take a look behind the scenes of our recent project with Mark Matthews "Biodiversity of Trail Builders" - shot on the Canon C70.

In The Hills Gang X Tirefire: In The Hills Gang is a collective of freeride mountain bikers who dig, ride, and push each other in all aspects of life. They are authentic to themselves and don't care what anyone else thinks. All for one, one for all.

Digging For Answers - The Story Behind Universal Trail Design In Jackson Hole: There is an art to building a bike trail on the rugged terrain of Jackson Hole Mountain Resort. It takes a lot of hard work from a dedicated, creative trail crew to dig and shape lines down the mountain in a unique way. Joe Stone, Director of Mission at Teton Adaptive, and Ranyon D'arge, JHMR's Mountain Design Manager, teamed up to rethink what's possible with JHMR's newest trail, Deepest Darkest. Inspired by a conversation and their mutual connection to Pierre Bergman, a JHMR employee whose life was forever changed due to a biking injury, they created a universal trail design that not only brings flow, speed, and excitement to adaptive and non-adaptive riders alike but also strengthens the bond within the biking community.

Wade Simmons - Godfather's Garage: It all started in the garage – even for the Godfather.

The Athlete Edits - Chelsea Kimball x Esperanto: Chelsea Kimball might be a new name on the TGR roster, but she’s anything but new in the world of freeride mountain biking. After getting her start thanks to the help of a rock-climbing partner, she found a calling on two wheels. These days, the Specialized Bikes athlete is a leader in women’s freeride mountain biking, hitting big jumps at events like Johny Salido’s Freeride Fiesta, getting comfortable on insane lines in the Utah desert at Red Bull Formation, and working to bring more representation to the sport. This past year, she joined the TGR crew for a groundbreaking film session in the Virgin area, showcasing her skill picking apart technical lines and bombing into big jumps. The segment in Esperanto will blow your mind!

Back To Back - Cinema BMX In Boston: We took Chad Kerley, Dakota Roche, Garrett Reynolds, and Nathan Williams out East for a change of pace to the great city of Boston, MA. Needless to say it was a heavy week in the streets captured by Peter Adam. You do not want to miss this one! Hit play, then hit it again.

Layos: Last year, Rich Forne started a project with Ruben Rodriguez and Sergio Layos joined them on a couple of trips to film for “Layos,” a video project by Rich and Sergio filmed all over Spain. Rich wants to say this is the best video part that Sergio has ever filmed.

Dan Foley - Drifts: BMX has a way of making you experience the environment around you in a peculiar way. Tiny fragments overlooked by most become valuable pieces in a picture only you and your bike can put together. Sights and sounds often missed by the general public become your entire world as you spend hours riding in otherwise unremarkable areas. It's a sensory treasure hunt that's all around. Drifts is an attempt to capture this part of BMX in a straightforward way, all while hopefully offering motivation to go out, wander, and see what gems you can find.

Gabriel Summers' "Dedication" Zero Part: Gabbers puts his body on the line damn near every time he hops on his board. From massive rails to brutal bank bombs, our guy gets it done.

How A Recording-studio Mishap Shaped '80s Music: Warning: This is an unapologetic ode to gated reverb drums. Over the past few years a general nostalgia for the 1980s has infiltrated music, film, and television. I deeply love those gated reverb drums of the '80s - you know that punchy percussive sound popularized by Phil Collins and Prince? So for my second episode of Vox Pop’s Earworm I spoke with two Berklee College of Music professors, Susan Rogers and Prince Charles Alexander, to figure out just how that sound came to be, what makes it so damn punchy, and why it’s back.

Watchtower Of China: Creating Watchtower of China was a labour of love. I say labour because we, meaning my crew and I, throughout three consecutive summers, visited over seventy cities and travelled countless thousands of kilometers. Everywhere we went, we found ourselves channelling the powerful energy of this great land to find the strength and inspiration to continue our quest along what became life-changing for all of us. When we initially gathered together we were a film crew. By the time we were done, three years later, we had become a family.

Tribal Waters: The Wind River runs deep for the Eastern Shoshone and Northern Arapaho Tribes. They pray alongside the river. They pray for the river. They pray with the river. But what happens when your river is highjacked by a ruthless system that would stop at nothing to control the resource? Tribal Waters, a documentary by Teton Gravity Research Film in association with Patagonia, traces the Wind River as it winds through a history of stolen ancestral lands, insatiable agricultural demands and the American justice system in the hopes of a future built on a sustainable, outdoor-based recreational economy.

Elevated: Deaf climber Sonya Wilson overcame discrimination, isolation, and seemingly insurmountable obstacles as a child to become the woman she is today—a force of nature changing the face of the climbing world. Knowing communication is key to her sport, she has created ways for deaf climbers in her community to find each other and spend time together in the outdoors, leaving ableism and expectations behind. 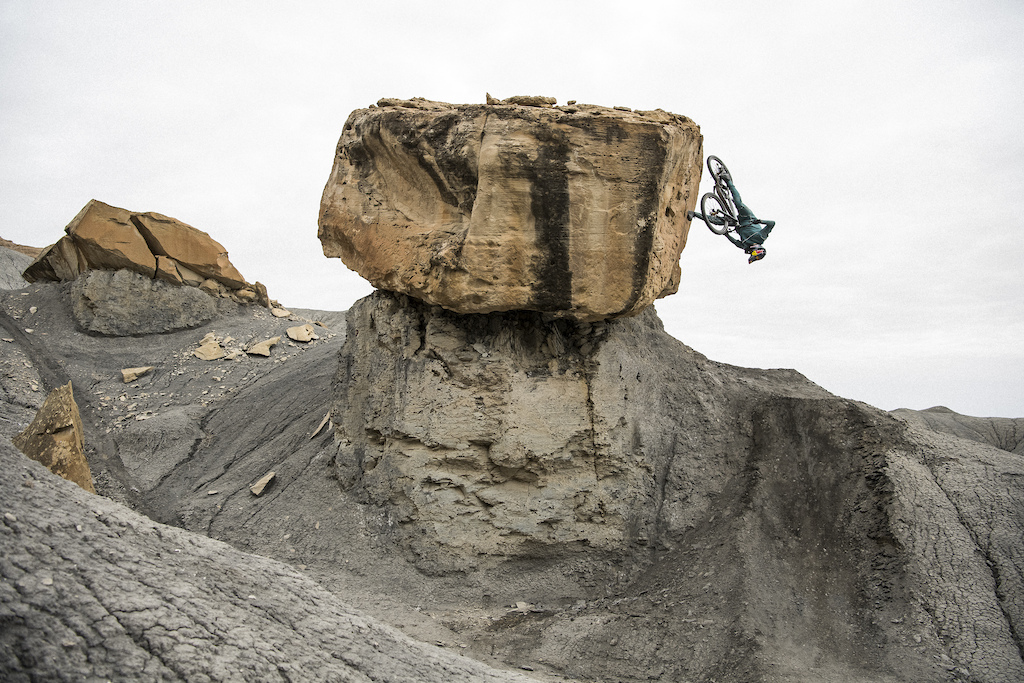 jcwmtb (Jun 27, 2022 at 10:16)
Tribal Waters is an excellent documentary on the Wind River area of Wyoming - beautiful place, & a natural resource to be cherished. those NA folks deserve to manage that entire watershed...period.