Nov 20, 2022 at 16:49
by Scott Secco
Share
Tweet
13 Comments
The Nomad - Official Trailer: Filming for our first feature mountain bike film, The Nomad, is officially in the books. A genuine freeride film brought to you by the underdogs of the industry. The film follows the individuals of The Flannel Crew breaking out of their mundane lives and exploring the nomadic thrill-seeking lifestyle of mountain biking in new terrain.

Kyle Jameson - Youth Movement: Kyle Jameson gets it. He’s built and ridden some of the biggest freeride MTB lines on the planet and continues to push the top end of the sport to new heights through his progressive builds and massive contest lines, but it’s his understanding and dedication to building trails for every rider that makes him truly special. Long established as a world-class mountain bike destination, Bend, OR boasts over 400+ miles of singletrack, a thriving MTB scene and numerous professional athletes call it home. Having enjoyed destinations all over the world during his storied career, Kyle Jameson (KJ) now chooses to call Bend home and continues to share his trail building knowledge and expertise helping the local riding scene thrive. Maintaining the massive network of trails is no small task and takes a veritable army of volunteers to keep them running. Over time, some trails become neglected and one legendary Bend area trail “The Lair,” was in desperate need of a revamp. The local trail alliance, COTA, looked to KJ to reshape the half mile long freeride trail for all levels of riders and enlisted a group of enthusiastic local youth to learn from the legendary trail builder. What started as a standard trail build quickly turned into a heartwarming story of teaching, realization, and joy.

Oszkar Nagy - Fieldwork: Nothing trains an expert hand more than time in the field. No judges, no crowds, no competition. Just his bike, some well-built slopestyle jumps and riding until the sun goes down. Fieldwork captures the payoff moments and the odd hard knock that Oszkar Nagy recently experienced, mostly in his own slopestyle backyard. Filmed with his crew of usual suspects, Viktor Csaszar and Bence Szabo, we invite you to watch Fieldwork now!

Joe & Bo's Bedtime Stories: There's no doubting that as we get older, the physical boundaries that dictate our lives get bigger, broader, and opportunities open up. The world, so to speak, is our oyster. A child's ability to explore of their own accord is a very different experience. Their world is more contained, but oddly enough, not necessarily smaller. Imagination allows us to enter the world's unseen spheres, and create excitement from the act of thought. It opens up the world to us. Joe Barnes is well known for his stellar racing career, memorable media, and wild imagination. With two children, Joe's use of his imagination is now being put to use in ways that cultivate the same emotions that Joe gets from bikes, into his son Bo's life. Join us as Joe and Bo go on a journey around Lochabers hidden landscapes and enter very different worlds.

Christian Rigal - Summer Trippin' 22: Nothing gets Christian Rigal more stoked then hitting the road, riding bikes, and meeting up with friends along the way. With Crankworx Whistler back on for 2022, he decided to plan a road trip through the PNW and make a fun little video documenting all the good times! Kirt Voreis joined, supplying the endless laughs and good vibes, and the crew got to ride some amazing spots with some rad humans, and now we get to share it with everyone to enjoy. Now it's time to plan a trip of your own, what’s next on your riding radar?

Brandon's Next Bike: Up in a hurry, down even faster. Check out Brandon's...err, Brendan's next bike.

Take A TR11P: To give our new TR11 a proper introduction, we packed up the rigs and headed north of the border to chase steep chutes and big air. Along the way we stopped by famous spots such as the Kamloops Gravel Pit and Bike Ranch, and got lost deep in the wilderness surrounding Williams Lake. A truly memorable trip and one hell of a great way to get acquainted with a new bike. Video: Cameron Hotchkiss.

Jordan Godwin - ''Etnies Visuals'' Raw Part: Keeping it RAW we give you Jordan Godwin’s section from Etnies Visuals stripped down to the bare bones, with a couple of extended behind the scenes clips, enjoy!

Ben Gordon - Setup Slayer: Recent Bristol to Manchester transplant Ben Gordon has been on a mission this year wasting no time enjoying the street furniture on offer and slaying every big setup in his path. This man is unstoppable!

Nyjah Huston's "Shine On" Part: At the height of his powers, Nyjah relentlessly pursues the realm of the impossible. Send and Destroy.

Nyjah Huston - Fade To Black: There's only one way to say it. Nyjah's Fade To Black video part is five minutes of some of the gnarliest skateboarding in history. Fasten your seatbelts...

Finding The Barrel: Right after the Hope Island adventure, Kepa and Natxo decided it was time to pull the plug and head somewhere more dependable (Aritz had to split for other career obligations). They beelined it to Indo. It took them a couple of days to zero in on a spot, but again, they commandeered a fishing boat and found themselves staring at a wave they really didn’t want to ride. Remote, heavy and shallow, Kepa and Natxo decided to paddle out against their better judgment. “We should have had helmets. I’ve heard stories of guys surfing this spot wearing motorcycle leathers because the reef just tears you up,” Kepa explained. “Neither of us felt comfortable out there, even wearing fullsuits, but we’d come so far.”

Climbing Giants: A beautiful film about climbing and trees.

The Barrio Fridge: In a community effort to combat food insecurity in Harlem, a small public fridge has become a precious resource, as chronicled in “The Barrio Fridge” by Nikki Dodd. 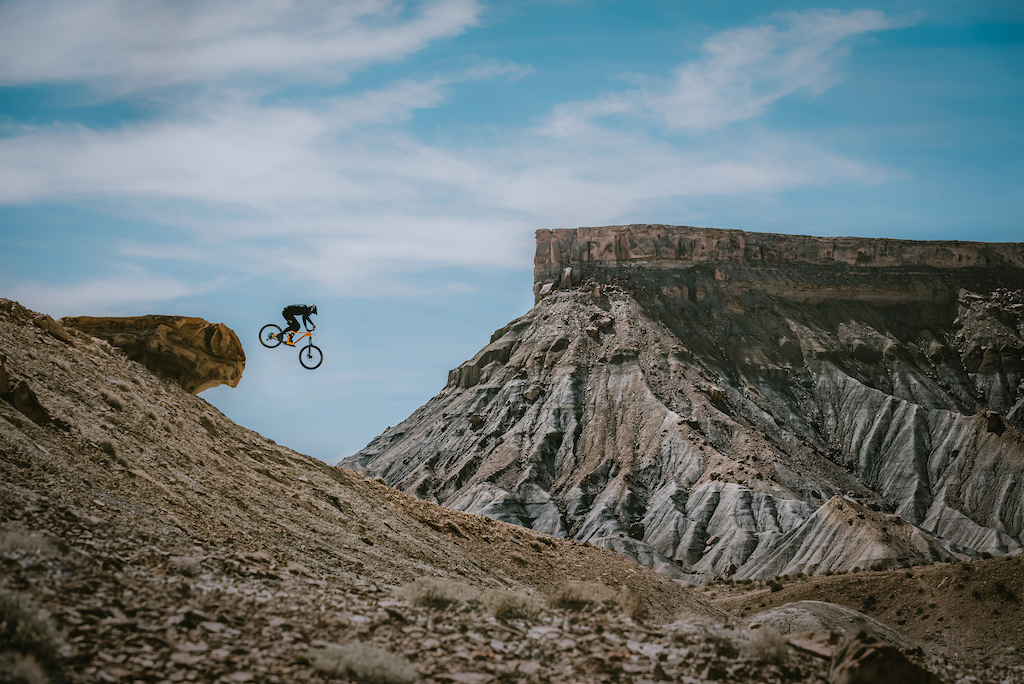 timwestwood (Nov 21, 2022 at 7:55)
Earnslaw viewing sesh is the only edit you should be watching but it’s too scary for most pinkbike readers…

Bmxtar (Nov 23, 2022 at 9:16)
Scrolled through the post, read the first comment, watched the video in the link, now there’s no need to watch any of the videos posted above.