Line Choice - Women In The Mountain Bike Industry Choose The Trail Less Traveled: Every rider sees the trail differently. Some riders look for the gaps, some for brake points, and others for corners to slap. The most creative riders find lines that others don’t even consider. Choosing your line on the trail parallels life in many ways. Follow along as Danica Fife, Alicia Leggett, Hannah Bergemann, Linnea Rooke, and Keely Shannon tell their stories of finding their place in the bike industry. From the struggle of leaving the safer career option, mental health challenges, sexism, and being brushed off in the workplace, each woman’s path can inspire those who want to pursue their passion. Each story demonstrates how the individual navigated their way in the bike industry to create less traditional roles. On September 30, 2022, Alicia crashed while riding. Suffering from a traumatic brain injury, she is currently recovering at a brain rehab center in Colorado. To support Alicia on her road to recovery, visit her GoFundMe page via the link.

Bas Van Steenbergen - Property Lines: For a world traveller like two-time King of Crankworx winner Bas Van Steenbergen, home can often feel like a daydream. Spending up to four months on the road a year, one can find themselves dreaming up the perfect house, the ultimate abode. However, if you're anything like Bas, your perfect property might have a bit more of a jump line in it. Take a ride with Bas and Calvin as they realize the perfect driveway-training ground in Property Lines.

Earnslaw Viewing Sesh: Bad day to be a berm.

Micayla Gatto & Steffi Marth - Atlantic Canada Road Trip: This fall, we reunited Micayla Gatto & Steffi Marth on a road trip across Atlantic Canada, sampling incredible views, mountain biking trails, and local flavours. With Micayla driving from British Columbia and Steffi arriving from Germany, their journey started on the West Coast of Newfoundland and Labrador before moving onwards to Prince Edward Island, Nova Scotia, and wrapping up in New Brunswick. We were hit by all kinds of East Coast weather, from warm days to hurricanes, and made the most of this opportunity to share our slice of the world. We witnessed the seasons change as the leaves burst with colour making us soon forget how quickly summer had passed; autumn was here, and it was time to ride!

Heathens' Voyage - Part 2: INTHEHILLSGANG presents part two of our Heathens' Voyage road trip through BC. We are a freeride mountain biking crew that likes to do things our own way. Big thanks to everyone involved!

Liam Baylis - Honestly: Liam Baylis is already a household name for some, and well on the way for others. Despite being born and raised in the Rocky Mountains of Canmore, Alberta, Liam spent the majority of his childhood years at his local dirt jumps and skate parks, taking inspiration from the Slopestyle greats and honing his craft. Nowadays, years of hard work are paying off. He's relocated to the meca that is the Sea to Sky and can be found riding with those same childhood heroes, bringing his raw technical skill and oozing style to the world of high-pivot trail bikes. Video: Dylan Siggers.

Kriss Kyle In Madeira: As the weather took a turn for the worse in the UK, Kriss and the crew jumped on last minute flights to Madeira island to film their latest video in just five days. It wasn't plain sailing, being away from the UK, experiencing all four seasons some days in classic Madeira fashion. With master tour guide John Fernandez, guiding us through the weather, we got to hit North, South, East, and West finding the perfect spots for the video and this being the result. Video: Matty Lambert.

Last Call With Sam Schultz & Myles Trainer: As summer transitions into fall, the urge to head into the alpine one more time before winter takes hold is a pull shared by many. A feeling of urgency and desire. One final ride, a last call for the mountain peaks. Last October Sam Schultz and Myles Trainer headed into the Cascade mountains of Washington for one final Fall ride. A last call for the alpine. Video: Stirl and Rae Media Haus.

You're Not Alone: Filmed in Hawaii and Colorado in collaboration with Vans BMX.

Trey Jones - Barcelona: Trey Jones heads out on a quick summer vacation to the streets of Barcelona. Trey didn't want to ride the staple spots of BCN so with Simone Barraco as a tour guide, the crew went out to find more obscure and un-ridden areas. Trey does not disappoint and gets clips that only he could come up with. Make sure to keep your eyes peeled for a few guest clips from Simo himself!

Spanky's "Lucky Shirt" Ace Part: Spanky’s continued progression is one for the ages. From innovative spot manipulation to classic rooftop rips, Kevin Long has it all figured out.

Clive Dixon's "Conjecture" Disorder Part: Clive pushes the human body to its breaking point, snappin’ bones and fighting back to stack clips on the meanest spots around. You gotta respect it.

Where To Aim A Penalty Kick: A World Cup penalty kick shootout can be one of the tensest ways to end a match. But where’s the best spot to place a kick? Data scientist Pablo López Landeros pored over hundreds of kicks and tracked where keepers dove, where players kicked the ball and, most importantly, when they scored a goal. As the above video shows, the results provided some conclusions — and also raised some questions about the best spot for a penalty kick.

Craig McMorris - Fixin: The latest entry in the Craig McMorris movie saga. Established pros, exciting new faces, and everything in between. Craig has assembled a unique group of riders that covers all the bases. A movie with all the FIXIN’s. Starring: Craig McMorris, Sean Miskiman, Mateo Massetti, and more.

Feel Real - Full Film: It’s been said, since time immemorial, that one of the best courses of action in life is to live in the moment. For their eighth feature-length, action and personality-packed ski movie, Blank Collective Films opts to not only adhere to that ideal, but to celebrate the moment itself. From embracing vulnerability, to engaging in exploration, opening your eyes and ears, and never taking oneself too seriously, Feel Real represents the past and present moments, memories and friendships that have shaped The Blank Collective into the skiers they are today.

adVENNture With Sämi Ortlieb & Rob Heule: Switzerland and Canada share many things in common: high alpine peaks, red and white flags, and deep powder. Although separated by the Atlantic ocean, longtime friends Sami Ortlieb and Rob Heule unite to bring you a shared ski experience from the ski lifts and backcountry of their respective homes in Glarus (CH) and Alberta (CAN). adVENNture aims to immerse the viewer in the similarities and differences between two skiers, two continents, and two different pairs of skis, through the overlapping vignette of a Venn diagram. Join these two like-minded skiers as they shred in harmony.

Finding Hetch Hetchy - The Hidden Yosemite: Yosemite Valley is well-known as the epicenter of American climbing. Its sister valley to the north has long been left in the shadows of Yosemite’s reputation. The Hetch Hetchy Valley, similarly home to towering granite walls and the majestic beauty for which the Sierra is known, stays well out of the limelight despite being part of Yosemite National Park as a result of San Francisco's controversial dam and reservoir that covers the valley floor. Timmy O’Neill had spent three decades scaling the monoliths in Yosemite Valley but, like so many climbers in the park, had never visited nearby Hetch Hetchy. As it follows Timmy and Lucho, Finding Hetch Hetchy shows breathtaking views of the canyon and the excellent opportunities for climbers while explaining the opportunity to relocate Hetch Hetchy’s namesake reservoir and restore the valley below to its natural beauty. 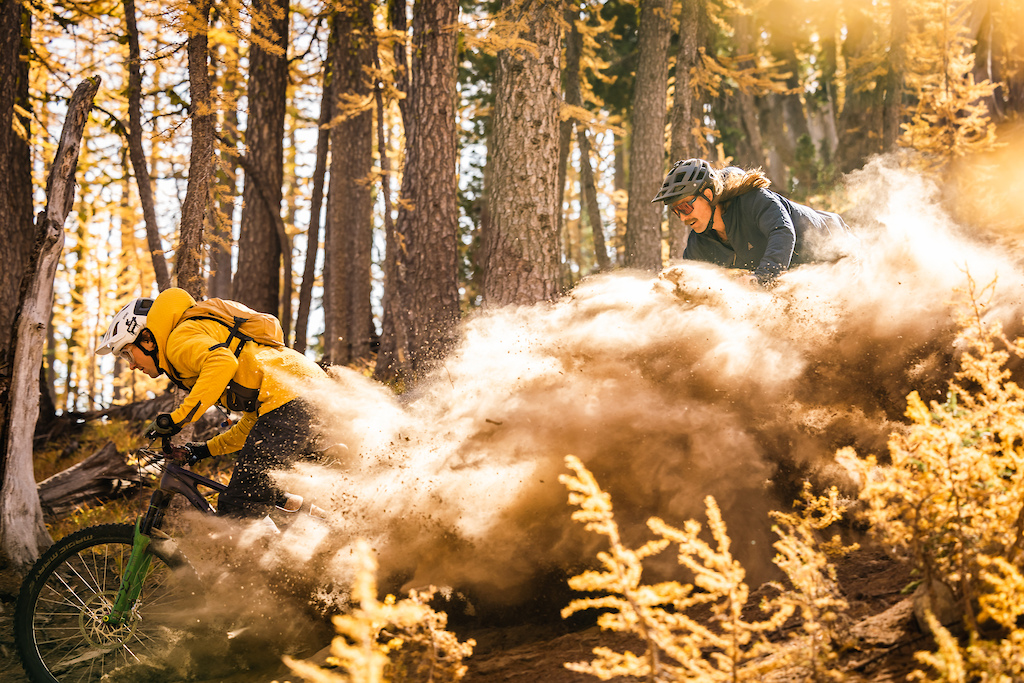 makaron (Nov 28, 2022 at 3:41)
knowing what Alicia is going through right now, it is weird to watch Line Choice - Women In The Mountain Bike Industry Choose The Trail Less Traveled. Always had respect for her writing and riding and hope she will put all things together again!

Bmxanddie (Nov 28, 2022 at 7:14)
Here's the quick link to the gofundme - www.gofundme.com/f/alicia-and-her-family-with-medical-costs

mountainpike (Nov 28, 2022 at 2:45)
love the women's article. They seem much more chill than us blokes but still as fiercely successful!

andrewfif (Nov 28, 2022 at 15:39)
I got to watch Danica work on Line Choice all summer. We have know each of the riders for several years and are happy with their successes. The first time I watched the final cut was pretty amazing, and Alicia's part was tough to watch. She's seen it and texted Danica, so that's really exciting! Best to all of them, and I hope that others can support each of them in the future.