Oct 24, 2022 at 1:47
by Scott Secco
Share
Tweet
7 Comments
2022 Red Bull Rampage Highlights: The latest edition of the biggest and baddest show in mountain biking went off on the rugged slopes of Virgin, Utah. Catch up on all of the highlights from the finals.

Brett Rheeder - CMNCL Volume I: The life of a rider is punctuated by milestones and choices. Brett is proof of this with his incessant need to progress and improve, ultimately to find solutions for an obvious objective, the quest for performance. It's the same engine that drives us! With one goal in mind - RAMPAGE. Follow the journey to Virgin, Utah, via this new edit! Rider: Brett Rheeder. Video: Cole Nelson.

Miranda Miller - Grinduro Germany: What happens when you combine a gravel grinder road race and mountain bike enduro in the wettest and wildest conditions possible? SRAM athlete, Miranda Miller, finds out firsthand at the inaugural Grinduro Germany. The downhill World Champion shows us around Hellenthal, Germany in the infamous Eifel region while giving drop bars a go in her first gravel event.

Andy McKenna - Evolution: As a teenager Andy McKenna was swept along by the first wave of mountain biking in the 80's. It took over his life, relationships and career - until a life-changing diagnosis in 2007 truly opened his eyes to the healing power of the bicycle and flicked a switch on an evolution Andy could never have predicted in his lifetime.

Jaxson Riddle - Rampage 2022 First Hits: Jaxson's line is almost finished up, so he set down the tools to start riding before this years Rampage! Video: Caleb Ely.

Liam Baylis - After The Fact: Super fired up about how this shaped up! Had some spare time after the heat of competition and clipping season and decided there's only one thing left to do. Come home to Canmore and revisit all the spots I grew up riding, after the fact.

Rambling In The North East: This rules! Watch the Relic crew spend a week in the North East of the States back in October 2020 as they rip through all of the trails and cement that the area has to offer. Featuring: Matty Aquizap, Clint Reynolds, Ever Peacock, and more. "Big shout out to everyone that took care of the boys out there and for sculpting and maintaining some of the best trails on the planet." - Ashley Charles / Relic BMX.

Brady Baker - Welcome To Radio Bikes: “Our latest team addition in the USA Brady Baker wasted no time in delivering a banger packed video to officially welcome him to the Radio Bikes family. Filmed during a month long stay at Camp Woodward, Brady demonstrates why he is one of the top up-and-comers on the park scene. From big gaps, to jump box bangers, Brady does it all.'' Video: Josh Babu.

Jamie Thomas - 48 Tricks At 48: Jamie Thomas puts himself to the test again and battles 48 tricks for his 48th birthday. Happy belated birthday Jamie!

Tyshawn Jones "The General" Hardies Part: From his home turf of NYC to the streets of SF, Tyshawn detonates spot after spot with unrivalled explosiveness. All killer, no filler and there’s still more to come...

Ryan Dungey - Unplugged: For fans of motocross, it feels like Ryan Dungey never left. After retiring from racing five years ago, Ryan’s intentions were four races of Pro Motocross which ultimately led to an entire summer of racing. In this episode of Unplugged we dig deep to see what led to his return to dirt for the ’22 motocross season.

The Fifty - Line 37/50 - The Family That Shreds Together: Every line has a crux. The hardest part of the journey that puts up the biggest obstacle to a line's completion. Sometimes that crux is an ice climb, a bushwhack, or navigating through hazardous avalanche terrains. Sometimes that crux comes in the form of something entirely outside of the mountains. Near Revelstoke, British Columbia lies an ultra-classic, oft skied, powder hounding run called "7 Steps to Paradise." It's the first run most people ski when visiting Roger's Pass for the first time. So for Cody, the crux in this line isn't on the mountain itself, but lies in the new son he and his professional skier wife have brought into the world and the challenges that motherhood and fatherhood bring to a couple of professional skiers. Starring Elyse Saugstad, Greg Hill, and photographer Zoya Lynch. This is line 37 of 50 completed by Cody Townsend in his project to ski all 50 of "The Fifty Classic Ski Descents of North America," from the book of the same name.

Dhaulagiri: An Ecuadorian mountaineer balances friendship, love, and luck in his quest to climb a new route on one of the tallest and most dangerous mountains in the world. Esteban ‘Topo’ Mena is an Ecuadorian mountain guide and rising star in alpine climbing whose dream is to climb the first ascent of a new route on Mount Everest. He teams up with Cory Richards, a National Geographic photographer and the first American to climb an 8,000-meter peak in winter, and they attempt a never-before-tried climb on the north face of Everest. Though they fail on their first attempt, they vow to return the following season. However, due to the global pandemic, the North side of Everest remains closed, so the ambitious duo turns their attention to a futuristic new route on Dhaulagiri, the seventh highest mountain in the world. This route, however, looks far harder and more avalanche-prone than Everest,
demanding that they team up with a third climber. They choose the Ecuadorian climber Carla Perez, the first woman ever to successfully summit Everest and K2 without supplemental oxygen in a single year. When the risk of death on Dhaulagiri stresses the team to a breaking point, the climbers are forced to confront the question of why they climb—and why it’s all worth it.

Silence Isn't Silent: Growing up as an interpreter for his deaf mom, Justin Maurer interrogates how this childhood obligation led him to form a punk band, present at the Oscars and seek out one of the quietest places in the world.

I Changed Astronomy Forever. He Won the Nobel Prize for It: Growing up in a Quaker household, Jocelyn Bell Burnell was raised to believe that she had as much right to an education as anyone else. But as a girl in the 1940s in Northern Ireland, her enthusiasm for the sciences was met with hostility from teachers and male students. Undeterred, she went on to study radio astronomy at Glasgow University, where she was the only woman in many of her classes. In 1967, Burnell made a discovery that altered our perception of the universe. As a Ph.D. student at Cambridge University assisting the astronomer Anthony Hewish, she discovered pulsars — compact, spinning celestial objects that give off beams of radiation, like cosmic lighthouses. (A visualization of some early pulsar data is immortalized as the album art for Joy Division’s “Unknown Pleasures.”) But as Ben Proudfoot's "The Silent Pulse of the Universe" shows, the world wasn’t yet ready to accept that a breakthrough in astrophysics could have come from a young woman. 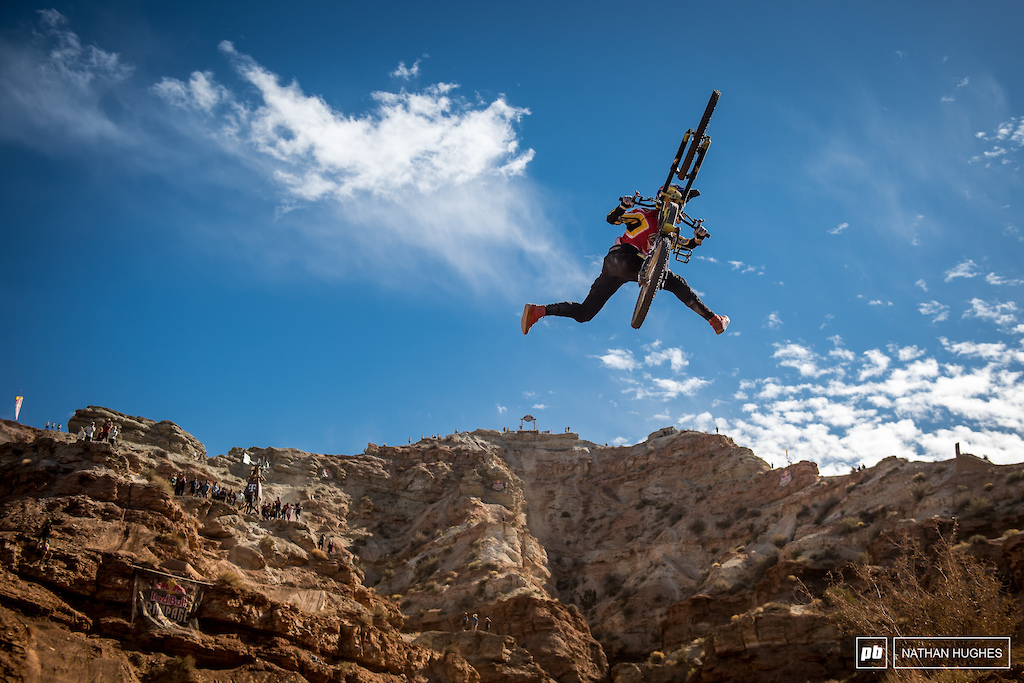 oldmanbucksaw (Oct 24, 2022 at 5:51)
Ella Harris- "It was going really well until the 130k mark, where I punctured because I didn't have tubeless and I didn't realize tubeless was a thing at gravel events."
Miranda Miller- slow WTF chin lift.

rrolly (Oct 24, 2022 at 6:26)
First of all, Grinduro is like Type 2 Fun without the fun. Second of all, someone get a camera and follow Ella Harris. Punctures, fear, yet doing it anyway. I want to know why on earth she's out there.