May 1, 2022 at 23:53
by Scott Secco
Share
Tweet
Sight Unseen - Guatemala With Brice Shirbach: Sight Unseen has, until this point, been about first encounters with a previously unridden. In the third season, creator Brice Shirbach deepens the discovery journey by seeking not only a new trail, but also his first experience of Guatemalan culture. The visually stunning series encourages discovery, captures the flow state, and celebrates getting out of the comfort zone.

Born From Junk - Outlaw Origins of Mountain Biking: "Born From Junk" traces the outlaw roots of mountain biking back to its raw beginnings in Crested Butte, where a crew of unlikely pioneers in pursuit of wild times in the mountains blossomed into a global phenomenon.

Esperanto - Official Trailer: Esperanto is TGR’s latest action-packed mountain bike film with an added twist. Mixing the rock stars of the sport with a cast of unknown and up-and-coming heroes, the film explores how we share our dreams through a universal two-wheeled language no matter what our native tongue may be. The sacred ritual of the ride might sound different all across the world – whether it’s a full-face getting pulled down to drop into a big jump line or wheeling a beat-up bike out of a mud hut to pedal to school – but it’s a universal process no matter what language we speak.

Ride Every Day - Caroline's Code: Olympic BMX athlete Caroline Buchanan opens a door to women’s mountain bike freeride and reinvents herself as an icon in a new sport.

Like A Kid Again - Angie Marino: BMX Freestyle made its Olympic debut in 2020 — without genre-favourite Angie Marino. After missing an Olympic berth by just one point, and a chance visit to Whistler Bike Park for the first time, Angie found the mountain bike could be the vehicle to return “fun” back to riding again. “In 2017, BMX Freestyle was announced to the Olympics for the first time—and I got to experience my first Olympics [selection] cycle, which was a lot of pressure,” says Angie Marino. “I was dealing with a knee injury—and then I fractured my spine—[and] the anxiety of how I was riding and progressing.” In 2020, everything shut down because of Covid. “We didn’t have any [BMX Freestyle] World Cups—we ended up only having a World Championship [to determine the Olympic team] and I ended up missing the Olympic spot by one point,” says Marino. “[Later in 2020], I went to Whistler and rode mountain bikes for the first time. [It] was kind of like the feeling of a little kid again—just going and being in nature,” says Marino. “[Mountain biking] just reminded me of how fun riding bikes can be.” “When I ride mountain bikes, I don’t have the pressure I feel that I do on a BMX bike,” says Marino. “Showing up to a place, riding, trying to rip down trails, it’s brought a lot of fun back to riding BMX, too.”

Sandbagger's Choice - How To Run Out Of Daylight While Mountain Biking: My first ever visit to the Chilcotins was an exercise in having my ass handed to me. Josh Hall and Chris Clark were world-class fit, and I thought I was ‘close enough’ to hang. I was wrong, and the weather didn’t help me out. So when they returned a couple weeks later to complete their planned route without me, the ride stuck in the back of my mind. Six years later and many, many trips to ride in South Chilcotin Provincial Park, and I have become intimately familiar with the mountain ranges, routes, lakes, and streams that make up the region, and the distances between them that compound to a huge scale. Late last summer, I finally felt ready to go for redemption on that first ride—if only to get it out of my mind. I called on Zanny Venner and Joel Ducrot to join me on the big ride… and what better way to sandbag our chances of success than to bring a camera and tripod to tell the story? For anyone interested, I’d highly recommend our approximate route as a bikepacking trip with one or two nights camping along the way. For most riders, I wouldn’t recommend it as a day trip, without a detailed, first-hand knowledge of the route, and a clear understanding of the consequences of coming up short.

Loam Session With Peaty And The Crew: Rescued from an old hard-drive from a few years back. From an after-work meet up in the woods to stack some clips for Peaty's.

POV - Finn Iles Follows Jackson Goldstone In Squamish: Some POV footage from a full day riding in Squamish with Jackson and his boys Colby Pringle and Johnny Helly. A very eventful day with a little bit of everything: including some crashes, new-to-me trails, some snow, and a lot of fun. Hope you all enjoy this video, thanks for watching!

Paul Couderc - ilabb: We are excited to announce our first European member of the ilabb family, slopestyle/freeride athlete from Figeac, France, Paul Couderc. Paul’s father built him a jump in his backyard around the time he was ten years old, and there was no looking back. He’s always had a knack for creating new tricks and world firsts, and lives for the competition. Couderc is keen on bringing his own imaginative style to the table and stated that he can’t wait for the upcoming competition season with an emphasis on the Crankworx series.

Courage Adams “Balanced” Balanced, a new edit exploring the riding that has placed Courage on a path to success, steadily building his BMX career through hard work and dedication. Filmed by Rich Forne in Africa, France, and Courage’s current homebase of Spain, Balanced reflects Courage’s global approach to BMX, including some of the locations that have defined his meteoric rise.

Federal Bikes - Jacman: Jacman Hinss, one of our recent additions from Australia, needs no introductions. Sit back and enjoy.

My War - Gabriel Summers: Forty hours, ten trips, four kinks, and one broken collarbone are just part of the saga of Gabber’s epic fight for his Damn it All ender.

Baker Video With Tyson And T Funk: Homies, hijinks, and heavy moves, Tyson cracks it open with some of his hardest hits in LA before T Funk closes out on his full-speed tear through our City. Not even the cover can prepare you for that China Banks ollie.

Kadence Skateboards "DAIS" Video: Jay Brown heats up Toronto with a heavy switch arsenal before Ben Paterson and the rest of the crew burn the town down.

Rapping, Deconstructed - The Best Rhymers Of All Time: From the simple nursery rhyme–like bars of Kurtis Blow's "The Breaks" to the smooth East Coast flow of Notorious B.I.G.'s hit song "Hypnotize" to the speedy delivery of Kendrick Lamar's "Rigamortis," rhyming in rap music has not only evolved, it's gotten better. The video above explores how some of the greatest rappers of all time create memorable, lyrically dense rhymes.

How Postwar Italy Created The Paparazzi: It's all thanks to Fellini.

Lhotse: Hilaree Nelson and Jim Morrison completed the first ski descent of the 27,940-foot Lhotse, the fourth-highest mountain in the world. This is their story.

Holdfast - Fighting For The Right To Eat: For millennia, California Indians (as this group prefers to be called) have gathered abalone and seaweed, taking only what they need. Today, their traditions are being disrupted by unsustainable harvesting by non-native people.The California Tribal Fund supports and raises the visibility of California-based, California-Native-led nonprofits as they work to protect their food systems, water, languages, traditional ecological knowledge and land. 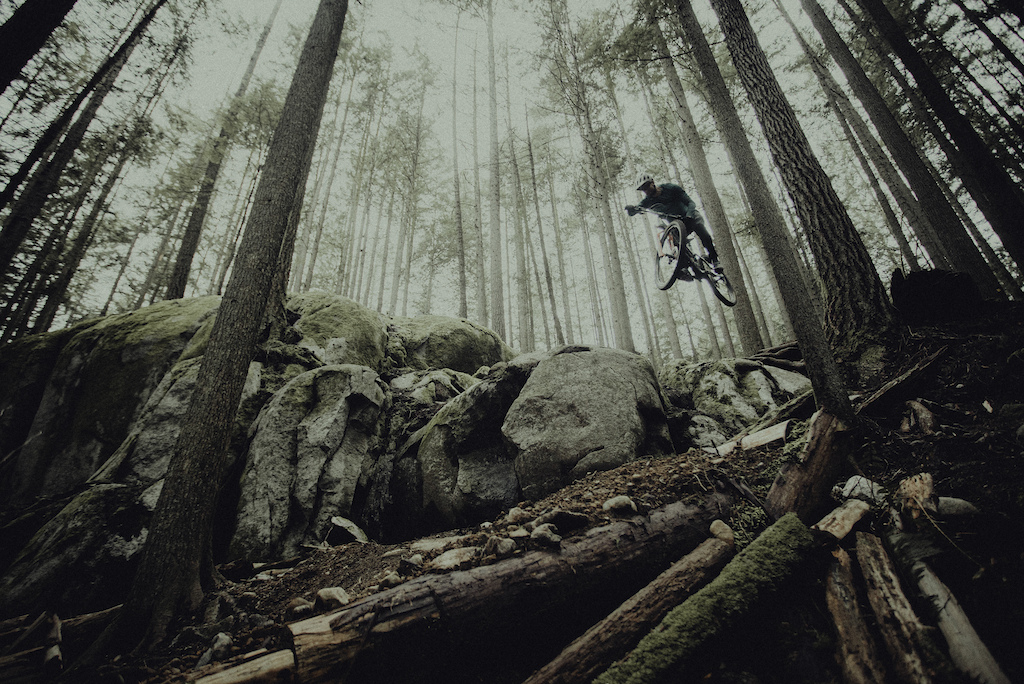 SkinnySavage13 (May 2, 2022 at 5:24)
Beautifully shot Sight Unseen in Guatemala. Today I learned that Guatemalan kids are cute, and the trails run downhill oth ways.

danstonQ (May 2, 2022 at 11:17)
"I learned that Guatemalan kids are cute". Well, what did you expect? Kids are kids wherever you go in that bloody world.
Cheers

briceshirbach (May 2, 2022 at 20:04)
At the end of our first day of filming, we were in this little town on Lake Antitlan, and 3 kids watched me hit a little 6-7 foot tall stair gap, so they kept saying "otra ves"...I probably did it 10 or 11 times for them. I was pretty cooked as we were maybe an hour removed from that crash you see early on, so I spotted a little shop across the street with a fridge full of Coca Cola, and said "Who wants a Coke?". 20 minutes later I had finished buying just about every Coke in the fridge for what felt like every kid in town. I can't wait to go back...so much warmth and stoke there!

Whataboutism (May 2, 2022 at 6:59)
Wasn't Sight Unseen an old skate flick back in the day? I believe Cardiel's part was some great skating.

fujisan (May 2, 2022 at 6:30)
Sandbagger's Choice. I'm already dreaming of quitting everything an moving to BC and it's only Monday. Loved everything about this edit. Cheers.