Mar 13, 2022 at 23:50
by Scott Secco
Share
Tweet
Steve Vanderhoek Rides The North Shore - Risk Is Reward: Risk versus reward — the idea that an endeavour with greater uncertainty garners greater payoff — is a principle used in fields as diverse as economics, athletics and even relationships. For Vancouver resident Steve Vanderhoek, the saying reflects nearly every aspect of his life. As a firefighter and professional mountain bike freerider, saving a life at work before risking his own on a boundary-pushing stunt often occurs within the same day. Vanderhoek thrives under pressure, and in doing so is redefining what it means to truly live on the edge.

Soil Searching - Glen Jacobs - Norway: Build and they will come. This is the story of Glen Jacobs and his trails.

Flat Out With Alex Storr In Llangollen, Wales: For enduro racer Alex Storr, the steeper and more technical the trail, the better and few come close to those found in Llangollen (pronounced “Klan-goth-luhn”), in North Wales. Please join Alex and his souped-up Druid for a day of high-speed antics in the summer of 2021, a few weeks after winning the British enduro U21 title and shortly before winning Round Six of the Enduro World Series.

Fun-N-Games Feat. Garret Mechem: To announce his signing with Fasthouse, Garret wanted to share this with y'all. Hope you enjoy. Special thank you to all the homies who accompanied us while making this, and thank you to Cam Zink for letting us film your spot.

Cinema BMX - Chad Kerley - Intermission: Kick back and watch as CK vibes around SoCal, living life on and off the bike for a special feature "Intermission" filmed and edited by Andrew Knight. Enjoy!

Brock Olive - 2022: Brock Olive takes his insane bike control and deep bag of tricks to the streets of Brisbane, Australia for this epic few minutes of street riding mastery!

"Revolutions on Granite" Ukraine Skate Documentary: Please turn on closed captions. This film is about the skateboarders of Kyiv, from the first skater until today, passionately finding a way to make it happen in an unlikely place. Regrettably, their story gained a new significance when Russia launched an unjust war on Ukraine, the tragic results of which are still unfolding every day. I hope this film can give the world a relatable view into a conflict that we mainly experience through headlines and news stories.

Tony Hawk - Until the Wheels Fall Off - Official Trailer: Never back down from the challenge.

Real Skifi Tenet: Take off comes before landing. Or does it? What if the outrun is actually the inrun? Real Skifi Tenet is a skiing fiction piece inspired by Christopher Nolan's Tenet. All the illusions in this video were achieved by acting and simply reversing and/or altering the speed of the footage. No VFX needed. The question is: which clips are reversed, and which are not? Which ones go back and forth, and which don't? After all, time is in the eye of the beholder. The idea for this video had been in our minds for a while already, and finally we got together to brainstorm and make it happen. In this project, we had to use our creativity differently from what we’re used to. This time, the challenge was to get the acting and timing right instead of landing a hard trick. We hope you enjoy!

Usha - The First: One set of hands touched every piece Arc'teryx produced in the company's start-up days. Her name is Usha. She was there at the beginning. The most beloved person at Arc'teryx turns out not to be a hard-core climber or an elite-level athlete, but a woman who knows how to operate a bar-tack machine and a switchboard and who remembers everyone's names. Her constant presence has witnessed 30 years of changes throughout the entire history of Arc'teryx. There's a reason she will always be number one. 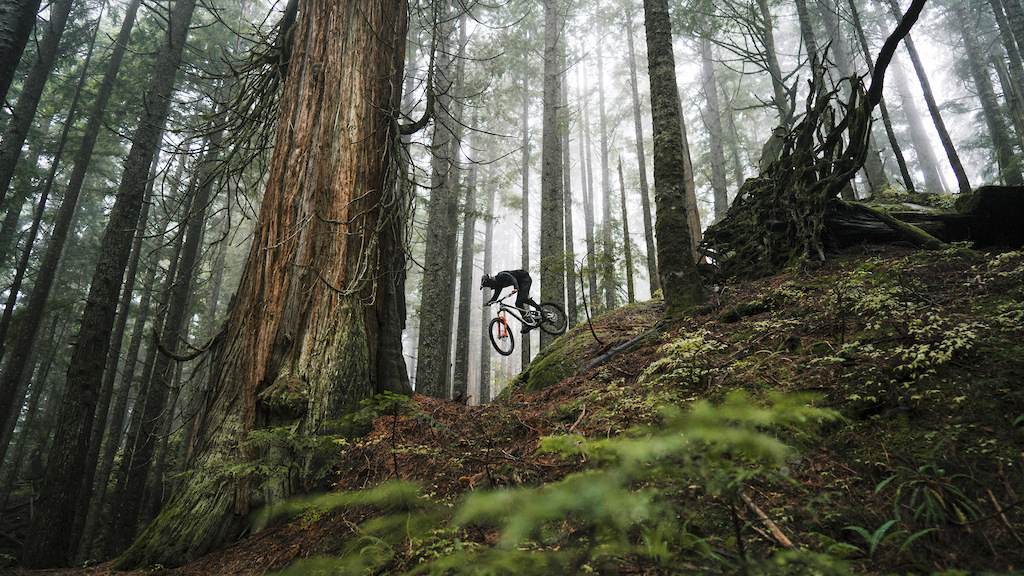 munkydegaetano (Mar 14, 2022 at 5:14)
That Usha documentary is awesome. I almost always love the non-bike videos the best though.

oldfaith (Mar 14, 2022 at 11:49)
I scroll past all the bike stuff because I have usually seen the ones I wanted to see. I like movie mondays for the fact that some one like minded has taken the time to post some off topic edits worth watching. Thanks pink bike.

barp (Mar 14, 2022 at 14:49)
I came to the comments to point that out too. The linguists refer to the sound as a voiceless alveolar lateral fricative, for those who care to read more about it. And yeah, it's like making an L sound, except you blow air like you would for an S or F sound, rather than sounding your vocal cords.

1. Lime Ridge? More like Lame Ridge. Tone it down Stavro that was painful to watch. Ruined an otherwise decent spot
2. The only “Tenet” I know of in action sports edits is that nobody likes watching clips in reverse, let alone 3 min of it
3. If you’re going to call an edit “Flat Out” you shouldn’t be dragging your rear break through corners
4. Vaea is rad and I actually like the peach, but a new colourway release edit should at least have matching kit duh
and 5. Rez Golf is amazing, but is it really golf without middle-aged white men getting drunk on Miller Lite?

There were some highlights tho - I want a pair of those wood skis bad and Sisterhood made me want to get out again before the melt. Chad Kerley is terrifyingly swole. Spanky is sooo sexy even tho the horse thing seems completely random. Steve and August’s riding speaks for itself. I haven’t watched any of the videos longer than 9 minutes…

lucbelanger (Mar 15, 2022 at 10:33)
Thank you for sharing the Arcteryx video about Usha, their first employee. Very touching and says a lot about the company, we need more kindness in this world.

charliept (Mar 14, 2022 at 6:35)
always some excellent viewing in here, thanks! Revolutions on Granite is well worth the 40 mins

danstonQ (Mar 14, 2022 at 10:01)
Flat Out With Alex Storr In Llangollen, Wales: SHORT RAW STYLISH AND PERFECT. thanks
Below threshold threads are hidden

RefrigerateDuringUse (Mar 14, 2022 at 5:57)
Golf, Skiing, and Skating? Yes, I have access to YouTube too. I thought this was a mountain bike site.

stalkinghorse (Mar 14, 2022 at 8:01)
I like that they curate good skate sections for me. I'm not plugged in enough to that world to know when bangers come out. Golf is a stretch though.

danstonQ (Mar 14, 2022 at 10:04)
That's called open-mindedness Buddy. Take it or live without it... and nobody obliges you to watch everything you know

scottsecco (Mar 14, 2022 at 10:17)
I’ve been curating Movie Monday for over a decade now and we always feature interesting non-bike videos at the end. Turns out there are entertaining videos from outside of our sport. Hope you enjoy them!

likeittacky (Mar 14, 2022 at 19:25)
I believe @wburnes may have a point. The same idiots that did shady business in Ukraine with Burisma are calling the shots. Lots of BS they will never let you know.