Brotherly Love - Steve & Mark Vanderhoek: I have always been super close with my brother Mark. Biking, skiing, motorcycles, cliff jumping, we have always done it together. Growing up in North Vancouver BC gave us the perfect backyard to pursue what we love. Fortunately we also share a passion for the same line of work. Starting out ski patrolling on the local hills we moved into forest fire fighting, paramedic schooling, and eventually landed careers working for the City of North Vancouver Fire Department. Unfortunately, we share a mutual attraction to injuries. I was able to find a day when we were both somewhat healthy and coming off injury to get out to Pemberton to enjoy a nice fall day with Kelsey Toevs behind the lens.

Brandon Semenuk - Red Bull Rampage Winning Run: The first tail-whips, the first back-to-back win and the first 4-time winner - Brandon Semenuk has done it again! After an unfortunate crash on run 1, Semenuk returned to the top for redemption and put down the run of a lifetime in front of the Utah freeride fans.

Reed Boggs - Red Bull Rampage 3rd Place Run: The Goblin Drop is an historic Rampage feature, having been hit by riders like Tyler McCaul and Darren Berrecloth in years past. This year, surprisingly, Reed Boggs was the only rider to have included it in his line. During practice, he hit the step-down gap a handful of times and landed it flawlessly. That wasn't the case during Boggs first run but after some time to regroup, Reed stomped the drop to secure a spot on the podium with fellow freeride legends, Brandon Semenuk and Kurt Sorge.

Jumping Bikes Off A 4 Storey Building: Red Bull Rampage is the pinnacle of freestyle mountain biking, the event where the best MTB riders push the limit of what is possible on two wheels and redefine the sport. But how big are the jumps and drops they jump off? It's easy to lose perspective of the size and scale of the craziness in the Utah cliffs, so we've brought them into a city to show you just how insane they really are. And don't worry, Jaxson Riddle is ok.

The Rise Of Hodgy - Sam Hodgson: Prepare to have your minds blown from watching Sam Hodgson on his home turf at the Isle of Wight Mountain Bike Centre. Sam is THE new era of freestyle mountain biking and has been making a name for himself over the last few years at some of the biggest events around the globe , including Audi Nines and DarkFest. This short film from Sam however focuses on his life at home on the farm in the grounds of his bike park. Sam and filmmaker Joe Simkins battled the great British summer weather to bring this edit to life over four days in August. Sam's unique style and relentless determination to push the limits of what's possible make this one unmissable.

Hidden Gems: Kick back, relax, and take in a classic road trip with the crew. New territory for most the squad, with not a ton of pre-planning and a lot of high hopes! Billings to Boise delivered all the hidden gems we were looking for. This one takes you deeper into the road trip than usual... enjoy!

Nathan Williams - Still United Part: Well, here it is folks, the final section from the instant classic that is the 'Still United' DVD and it's none other than ultimate savage, Nathan Williams. Nathan's ability to take horrible slams like a trooper is unbelievable and his attitude and level of focus to getting the clips he wants is gold. If you're a security guard getting in the way of what he wants to do on his bike, he'll make you feel invisible. Enjoy the next 7+ minutes of breathtaking bike riding with one hell of a soundtrack - Nathan Williams is genuinely one of our best to ever do it, both on and off the bike. We salute you! Oh, and If you're still wondering why we chose him as our DIG rider of the year in 2015 ahead of the game, well.. now you know.

Nathan Williams - Ender Ender: Our DIG Ender Ender series returns! KINK's 'Champagne' full length video was one of the most anticipated releases of 2019, and for good reason - it turned out to be an instant classic. Needless to say, Nathan Williams put out an epic section full of hammers, but his ender really blew everyone's socks off. Here's the full story behind the massive pegs hard three, from the man himself...

Jamie Thomas 47 Tricks At Age 47: Jamie Thomas joined the 47 Club today, but as you can see from this session filmed yesterday he hasn't missed a step. Happy birthday Jamie!

This Too Shall Pass: This Too Shall Pass is a short documentary about mental health issues in the skateboarding community. DC team rider, John Gardner, opens up about his own mental health struggles as he experienced suicidal thoughts and depression over the years. John talks about how he uses meditation, breathing and skateboarding to help heal from depression. The documentary also features Andrew Huberman, Professor of Neurobiology and Ophthalmology at Stanford School of Medicine, providing some amazing insight into how we can help ourselves and each other on a daily basis.

Laplanders: Laplanders traces the portrait of those who live by the rivers of Lapland in Northern Sweden. Their quest for the Baltic Salmon is one every fisherman can relate to: an ever-going search for the next fish, and the only certitude is the efforts that will be needed to reach it. This film is an immersion into the life of those who chase, document, and protect the salmon in the land of the midnight sun.

Fighting Cuba's Boxing Ban: In Cuba, where women are banned from competitive boxing, a thirteen-year-old girl steps into the ring.

The Beatles - Get Back Trailer: The Beatles: Get Back” takes audiences back in time to the band’s January 1969 recording sessions, which became a pivotal moment in music history. The docuseries showcases The Beatles’ creative process as they attempt to write 14 new songs in preparation for their first live concert in over two years. Faced with a nearly impossible deadline, the strong bonds of friendship shared by John Lennon, Paul McCartney, George Harrison, and Ringo Starr are put to the test. The docuseries is compiled from nearly 60 hours of unseen footage shot over 21 days, directed by Michael Lindsay-Hogg in 1969, and from more than 150 hours of unheard audio, most of which has been locked in a vault for over half a century. 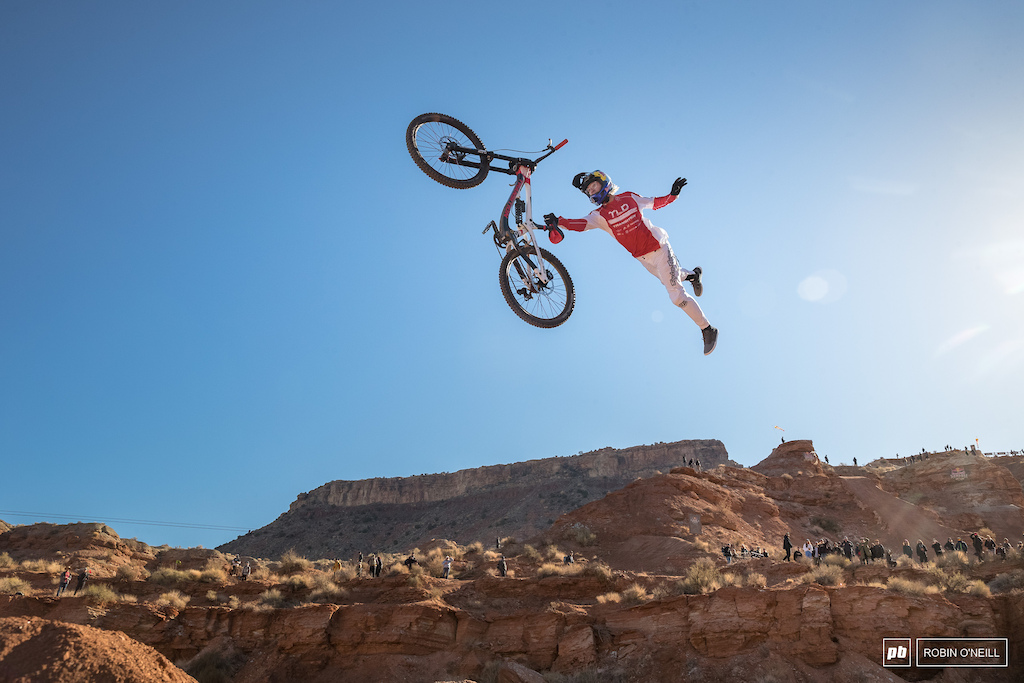 Supergirl56 (Oct 18, 2021 at 5:50)
I just watched a video for your monday. It's actually about how mondays usually go: sam pilgrim's i had to tear down the mtb dreamyard

danielfloyd (Oct 18, 2021 at 7:46)
Everyone complaining about Jaxson getting robbed, but tbh, he didn't do a single flip, he didn't do a single 360, and he missed a trick on the giraffe booter. His last big hit was a straight air. If you ask me, Tommy G was waaaay more robbed than Jaxson. He had flips, spins, oppo spins, and better flow imo. I do think he did better than 9th place, but it wasn't a podium worthy run.

danielfloyd (Oct 18, 2021 at 8:01)
@milanboez: Again, I'm not saying he deserved 9th place, I'm just saying it wasn't worthy of the podium. 4th or 5th maybe. And I think it's safe to say that Semenuk had room for a straight air after the run he put down. I think a lot of it has to do with the fact that Jaxson was hitting bigger tricks in practice than what he brought to the finals, and we know he is much more capable than the run he put down.

MuddyBrit (Oct 18, 2021 at 8:48)
Rampage POVs really emphasize how the riders are launching blind without being able to see most of those landings. That alone makes them heroes in my book, let alone whether they squeeze a bunch of flips & tricks in there.

Jaxson Riddle didn't spin or flip, but he laid down a very stylish run.

willywonks (Oct 18, 2021 at 11:35)
How was sorges run a second place run, let alone less than 1 point from semenuks run who threw 3 tricks thats rampage has never even seen before.

chefjoel68 (Oct 18, 2021 at 13:11)
Agreed, his score was total bullshit. Tommy G, Boggs and Riddle all had way better runs. The favoritism with some of these riders is seriously ridiculous.

aljoburr (Oct 18, 2021 at 5:32)
I used to like this, but seems now like have seen most or all before hand, so no longer any use?
Below threshold threads are hidden