Nov 15, 2021 at 2:33
by Scott Secco
Tweet
A Basils Video Pt.3 - Liam Baylis: Liam throwing down on various bikes at classic BC locations.

Sometimes - Helene Fruhwirth: Freshly recovered from a shoulder injury that happened in May, and forced her to sit out most of the race season, Helene enjoys a late summer ride in La Clusaz.

Tom Van Steenbergen - Wild West: Tom Van Steenbergen unleashes an onslaught of creativity both on and off the bike in his most important project to date ‘Wild West.’ From unique features to first time tricks, Tom’s creative freedom was let loose like never before. The end result is two and a half minutes of Tom’s most ambitious freeride and slopestyle riding to date.

What's the Difference - Garret Mechem: As soon as they could, Garret Mechem and Derek McCuiston left home in Santa Cruz California and drove straight to the Canadian border. In the midst of competing in the Crankworx BC Summer Series, Garret and Derek found time to stack clips and throw some style in two of British Columbia’s most iconic freeride spots: Whistler Bike Park and Kamloops Bike Ranch.

Keep Riding - Isaac Wallen: So often in sport success requires an unstinting focus from athletes whose merit is measured in milliseconds saved and medals won. The joy of just being a part of it all seems to have been lost on many of us, but not on Isaac Wallen. Despite growing up in the mountain biking haven of Santa Cruz, bikes were never part of the picture in Isaac’s early years. With a surfer for a father and skaters turned filmmakers for friends, he always had interests beyond riding. Over time, mountain biking has come to mean so much more to Isaac but his mix-it-up mentality remains. Far removed from meaningless metrics, success for Isaac is simple and he feels it every time he rides.

Who is Romain Paulhan? Romain is a mountain biker's folk hero. Those that know him hold him in high praise, both for his riding and his approach to life. In this short film we asked his friends to illuminate Romain's school of thought and to try and show his unfathomable talents on a bicycle.

Able: “Able.” Despite the fact that Grace Norman is missing a foot, she has never felt anything but able. Marking her place in history, Grace became the first athlete to win gold in paratriathlon’s debut at the Rio 2016 Paralympic Games. In the months following the shooting of this film, Grace added two more silver medals to her impressive list of results at the Tokyo Paralympic Games and the World Triathlon Para Championships. Grace is on a mission, a mission to show the world that our bodies don't define us, we do.

Courage Adams Defeats The Lyon 25 Stair: Raw footage from Courage Adams and that outrageous barspin down the Lyon 25 set. It still blows our minds every time.

Benny Gonzales x DIG: Benny is a 21 year old trans/non-binary BMXer from Wyoming and recently moved to LBC, California. Aside from also being a skateboarder, snowboarder, and most recently getting into modelling, they spent the last few months traveling between Cheyenne, Denver, Salt Lake City, and Portland filming this video. We’re stoked to see the LGBTQ+ community growing across action sports.

Kyle Walker's "Ruby" Rough Cut: Kyle works out the kinks on some of the longest rails of all time. The man's got a method.

Josh Douglas' "Air's on Fire" Part: Firing off in Florida and handling hubbas in the West, Josh tackles iconic spots across the country. The UCI NBD is something sweet.

"Bag of Suck" - The Untold Story behind the Enjoi Classic: Bag of Suck is an undeniable classic. Louie, Jerry, Evs, and the cast set the record straight on their clips, crashes, and every iconic moment that cracked us up.

Candide Thovex - Some Laps In Crans-Montana Park: Candide cruising in the park. Shot by Aziz Benkrich and Franck Moissonier.

Connected: Three skiers who may not have met if it wasn’t for their shared passion. Riders: Rosina Friedel, Alice Michel, and Stefanie Mössler.

Raised From Earth: Under the gaze of southern Arizona’s cinnamon-hued Canelo Hills, a mother shares ancient building traditions with her three sons. In Puebloan creation stories, adobe structures, like people, emerge from the earth and return to the earth. For Athena Steen, it’s the family memories, skills, knowledge, love, laughter — and the clay itself — that endure. 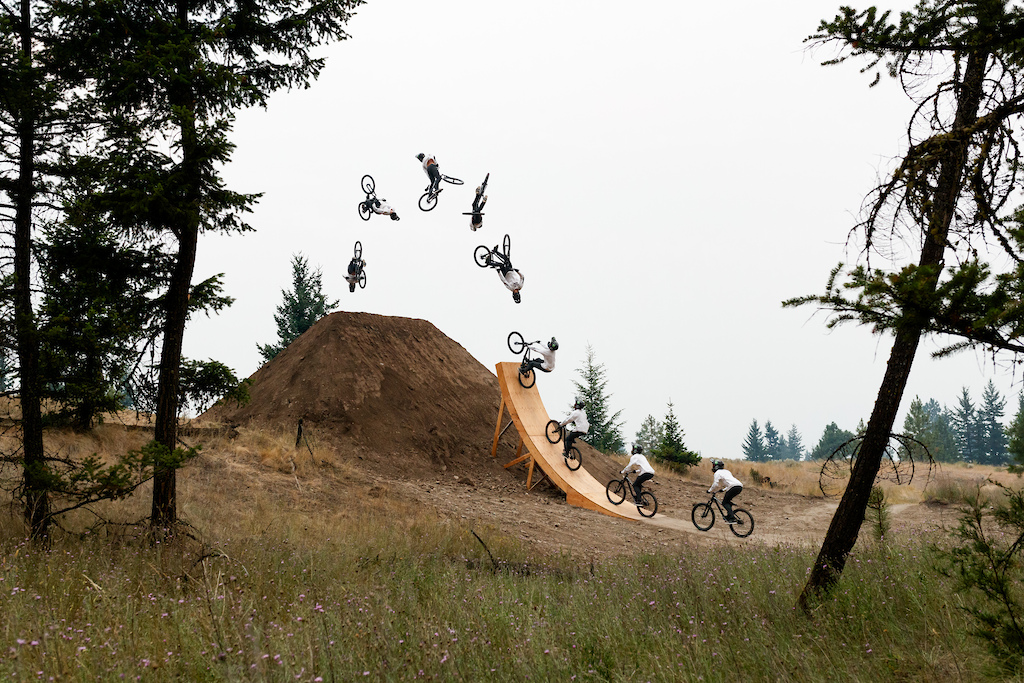 "Super impressive on a" Bike ; sure, but, check this "mental boy" :

And some promo for STORROR boyz :

pinegrove (Nov 16, 2021 at 11:01)
Can we make a rule where the editors don’t just put movies that were already on the homepage in mfym ? I have to scroll through all the videos i’ve already seen on the homepage,