Feb 27, 2021 at 13:28
by Scott Secco
Share
Tweet
George Ryan - Jibbin: Filmed over the last few weeks of the 2020 season at Mountain Creek Bike Park. Having ridden at MCBP for the past 21 years, George set out to find some new hidden lines and to ride his local bike park in a way that most people would never think of.

Steve Ian 3 - The Saga Continues: "Spending copious amounts of time with Steve this summer I really noticed a few weak spots in his training program, so Mikey and I headed to Vancouver Island to guide him to further World Cup wins." - Ian Morrison.

Big Overshoot In Kamloops: This step up was featured in Matt Hunter and Matty Miles' part in Motive.

Talus Turk - Summer is Here: School might have looked a little different this year but that hasn't stopped Talus Turk from enjoying summer. Get out and ride!

META AM 29: @superxi6 testing out his new steed.

Same But Different - Wharncliffe: After spending over a year in the NZ sun, Marco joins Nathan to find Wharncliffe the same, but just a little bit different.

Dan Atherton Shreds Dyfi: Dan Atherton can often be found on the “world's most stylish rider” lists but he’s probably as famous for his trail-building skills and his incredible work ethic as for his riding skills. This has never been more apparent as in this latest project which has seen him create two amazing lines in his beloved Dyfi forest.

The Raw Sound Of Speed 2: Antonios Charalambous, Fedor Buturlin, and I went for a full day of filming in Macheras Bikeland with one goal in mind. We need as many bangers as possible! All thriller, no filler. All action, no traction. Whatever you wanna call it, we just went for it. Can't thank the guys enough.

Tate Roskelley - Wait, What? Wait, what? Is literally what you'll be left saying over and over while watching Tate Roskelley in his latest collection of creative BMX freestyle expression.

Dakota Roche's Seeking Liberty: The first time Vans BMX's Dakota Roche had the opportunity to ride Philly was 13 years ago and since then, it’s held a special place in his heart. Although Dak grew up on the west coast, he has always had a love and fascination with the style of spots on the east coast. The grittiness, character, and architecture just speaks to BMXers differently then anywhere else in the world. Eight years after Dakota's last visit (and being cooped up for most of 2020), finally being free to rip around The City of Brotherly Love once again felt better than he could have imagined. Hope you enjoy the visual representation of Dak's time spent in Philadelphia, seeking liberty.

Tom Dugan - The Grandstand: Tommy Dugan knows how to ramp up the energy and put his signature Grandstand V2 pedals to good use.

The Skateboard Hero Who Fought A Terrorist: In 2017, three terrorists driving a van plowed into people in central London before taking to the streets to randomly attack anyone they came across. At the same time, Ignacio Echeverría was having a typical Saturday night out skateboarding with his friends. We hear how those two separate events came together with horrifying consequences. Additional archive footage by Jake Martinelli.

Baker 4: It's been 15 years since Baker 3. With full parts from Spanky, Kader, T-Funk, Baca, Figgy, and a smattering of Reynolds clips, hopefully the wait was worth it.

Pedal To Peaks - Norway: A small team of skiers strapped an obnoxious amount of gear to bicycles and rode through arctic Norway. Connecting craggy islands by underwater tunnels, they climbed and skied mountains along the length of the Lofoten archipelago. Gear failed, partners bailed, and spirits wavered. But after camping on snow-covered beaches, what they found at the end of the peninsula made them look deeper inside themselves and their motives. 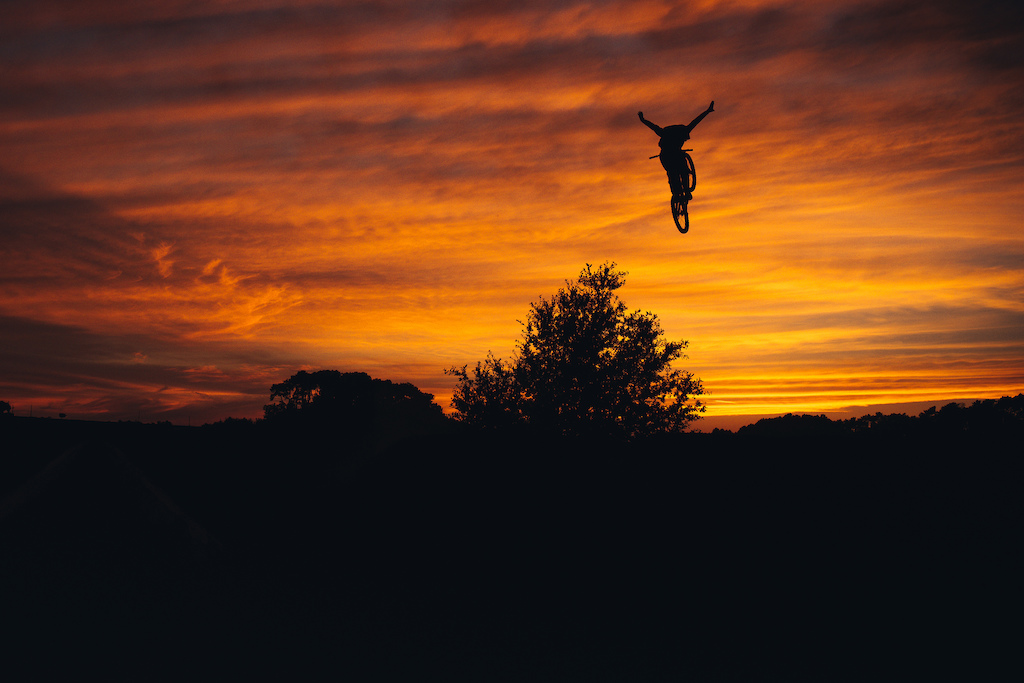 jaceg (Mar 1, 2021 at 0:20)
Nothing better than movies for your monday early in the morning at work. DAKOTA ROCHE!

danstonQ (Mar 1, 2021 at 0:57)
Macheras Bikeland... what a exciting spot... and a nice raw video.
I thought it was in Spain and was about to prepare my bikes ans luggages to go there... but OK it's in Cyprus :-/
Excellent discovery. Thanks.

withdignityifnotalacrity (Mar 1, 2021 at 5:28)
Recommendation request: trying to get my 4 year old stoked on bikes. The Santa Cruz Ratboy advert for the Bronson, with the random cartoon characters has been a big hit. Any other videos out there along the same vein (silly cartoon antics and bikes)?

Be careful what you wish for......I started with my grandson at 3 and now at 7 he is fully indoctrinated into the world of shredding.

Only problem is it's cost me thousands!! Latest bike to land in his hands £2000 worth of Cube stereo Pro 240.

withdignityifnotalacrity (Mar 1, 2021 at 10:57)
@kilbofraggins: Money well spent my friend. I can imagine few things I'd like to do more than go ride bikes with my kiddo.

dolface (Mar 1, 2021 at 16:14)
www.pinkbike.com/news/the-sweetlines-jr-racing-girls-are-rad-video.html and the rest of the Sweetlines Jr. Racing vids are great (but no cartoons).

"Creator Series film 3/10 - My Last Day Of Summer" Has cartoons and fantastic riding with a good story www.youtube.com/watch?v=ljBtCtVfwtg

camerondodd98 (Mar 1, 2021 at 9:47)
Who's the most patient man in the world and why's it Tate Roskelly? What a video, can't even think on how long some of those tricks took to land

mattwgt (Mar 1, 2021 at 5:01)
Completely misleading header against that video - Atherton bikes need all the help they can with marketing as they build their business - PB making viewers think that Dan Atherton is riding a Trek in his latest video does them no favours

timtoldnes (Mar 1, 2021 at 19:11)
Every time I see the MFYM topic I remember watching Last Minutes With Oden years ago. That movie absolutely destroyed me. I miss my doggo.

barbarosza (Mar 1, 2021 at 7:40)
Alex s Hall segment .... mind blowing....skiiing with no poles is very tres gay but he had them on when backcountry skiing. And anyhow he s got tons of style even pole-less. That last trick jeeeeezaaaas