Feb 4, 2021 at 16:37
by Scott Secco
Tweet
Steve Vanderhoek - Off Season? What off season? The skiing conditions are great but so are the riding conditions! With my knee surgery pushed back due to COVID it doesn't look like the two planks are in the cards for the next little while... but I can still spin the cranks! Here's a tour through my faourite features in my backyard.

Remote 130 - Winter On The Shore: Kona sales rep Scott "Shiggy" McKay is a familiar face on Vancouver's North Shore. He builds, he's a community steward, but most of all he RIPS on all the bikes.

Lucas Bruder - My Own Path: After several years of racing enduro, it was time for Lucas to return to the roots.

Lucas Bruder - My own Path

Jay Williamson - Cornish Gold: Jay would usually be travelling the continent racing the UCI Downhill World Cup, but this year turned out a little different. I hope you enjoy some Cornish gold from the pasty man himself!

Antigen20 - Joshua Barth: A year in the pandemic with Joshua.

Cam Zink - Sandbox: Welcome to the ultimate mountain bike playground. Cam Zink has been working his entire life on perfecting his personal Sandbox. Now we get to see the 169-acre property in full HD, including the world’s tallest MTB jump where Cam landed his Guinness World Record backflip. “I can’t believe what we’ve been able to create, and this is just the beginning.” But don’t take Cam’s word for it, better see for yourself.

Children Of The Dust​: Join riders, Graham Agassiz, Soren Farenholtz, Lane Bodor, Marcus Cant, and Jesse Munden for a night session at the Kamloops Bike Ranch. All of our team riders are running The Coup 26" carbon rims on their DJ bikes and putting them to the test.

One Lap Run - Marcin "Banan" Matuszny: To sum up 2020, we have prepared a classic four seasons edit called One Lap Run. Between crushing laps with buddies and long digging sessions, we were consistently collecting video material. It was always my dream to shoot an edit that shows my passion for creation and is not a simple “one day” film. The great news is that a few days ago we finally finished. Enjoy.

Graeme Obree - Mind, Body and Soul: As holder of two World Hour Records and two pursuit World Champion Titles, Graeme Obree has made a career out of defying time. Mind, body ,and soul this film illuminates his philosophy on life. Routinely dismissed as a maverick, with the benefit of hindsight, it turns out that on many levels Obree was ahead of his time. Obree was a lone voice refusing to dope at a time when it was systematic in the peloton. He was one of the first to publicly break the taboo around male mental health. He rejected material status trappings long ago in favour of simple living with a minimal environmental footprint. Looking, feeling, and thinking so incredible at the age of 55 on this, the 25th anniversary of his final World Champ title, he is an inspirational survivor. We may not have much in common with Graeme Obree but we can all learn from his story.

Selfstran - Erik Elstran: "I spent the second half of 2020 just going around by myself, “making up a video.” Having this project gave me a reason to challenge myself in ways I wouldn’t normally and helped me stay sane." - Erik Elstran

Florent Soulas - Stay Flow: Long time FIT International team member Florent Soulas is a remarkable bike rider, especially when you consider he lives a family life with three kids, works a full-time job as an organic gardener, and then goes out and slays it on his bike like this. Our man Antoine Sabourin spent the last two years working on this with Florent, filming on the French Atlantic coast whenever they had some spare time, and damn did it turn out good! We can never get enough of watching this dude.

Day in the Life - Ryan Sheckler: Ryan Sheckler takes us with him for a day in his life. From his daily workout, physical therapy, favourite food stops, hanging with his best bud Walter, and a peak inside Sheckler's beach city home. There's no doubt Ryan is on a routine to get back on the board. This is how he's currently living.

Out There - Danny Garcia: Danny made an everlasting mark with Mosaic then stepped out of the spotlight, reemerging as the musician Reverend Baron. Unravel one of skateboarding’s greatest enigmas.

Rough Cut - Dane Burman's "Hope to Die" Part: After falling off roofs, taking serious sacks, and putting his body through hell, Dane changed the definition of gnarly with his heart-stopping Zero part. Man on Wire ain’t nothin’ next to Burman.

Utah To BC - The Faction Collective: Pack your bags for an epic road trip as Tim McChesney, Duncan Adams, Blake Wilson, and Alex Hall hit the open road from Utah to BC, chasing powder and good times. Four skiers, one camera, and 1600 miles of North American wilderness.

Carts Of Darkness: Murray Siple's feature-length documentary follows a group of homeless men who have combined bottle picking with the extreme sport of racing shopping carts down the steep hills of North Vancouver. This subculture depicts street life as much more than the stereotypes portrayed in mainstream media. The film takes a deep look into the lives of the men who race carts, the adversity they face and the appeal of cart racing despite the risk. 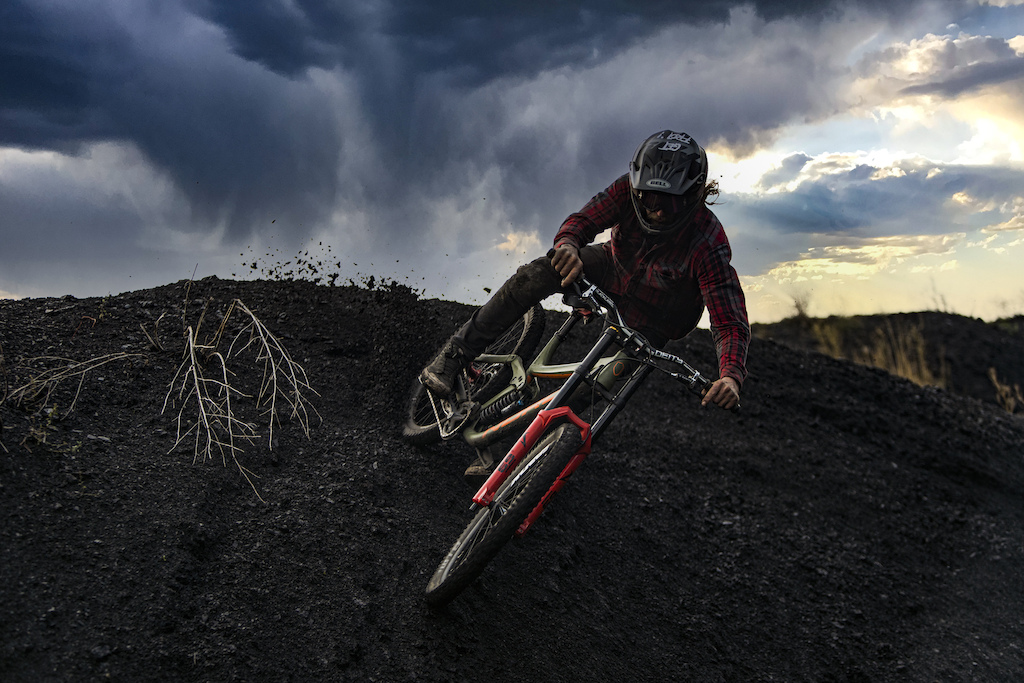 joshwoodwardphoto (Feb 4, 2021 at 16:57)
Carts of Darkness is a legendary film. It's got everything you need; passion, free-spirited individuals, a good story, and most importantly, phat sends on shopping carts.

rrolly (Feb 8, 2021 at 6:52)
I've shown Carts of Darkness to many of my film students. Such a great example of connecting with humanity. (The speed on a shopping cart doesn't hurt either - incredible)

rockandride6 (Feb 8, 2021 at 13:58)
Okay...I'm likely to be flamed for this, but I gotta say it: a lot of these videos are starting to blur together. Burm blast here, stylish jump there, throw in a few steep chutes and call it a day.

It's the same gripe I have watching videos of my other main hobby, surfing. I appreciate watching each individual's style and certainly can appreciate their skills, but man it gets tiring watching the same thing over and over again.

plyawn (Feb 8, 2021 at 7:42)
Selfstran really shows the joy of riding a bike. This is what it looks like when you achieve high-level skills without losing the reason you ride in the first place.

Massive hero of mine as a kid and still now. Would thoroughly recommend any of his books as they genuinely represent something different from the usual cycling biographies and training guides.

KoanB (Feb 8, 2021 at 6:48)
That Danny Garcia video is real real good. I admire his ability to diversify and avoid investing too much of his identity into one activity.

LaneRippy (Feb 8, 2021 at 12:18)
Cornish gold was quite good, I like the music choice. He also looks like one of the most low key best riders out there. Like he's just chilling on everything.

FranklinHaith (Feb 8, 2021 at 20:06)
The guy in Carts of Darkness has a certain Chris Pratt vibe in a drunken homeless Canadian sort of way.