Defining the Cup - Episode 2 - Angel Fire with Stan Jorgensen: Episode 2 from Freehub Magazine's racer based series, "Defining the Cup," which follows Scott athletes as they compete in the SCOTT Enduro Cup.

Kingdom Bikes - Destination North: With training and racing being high on the agenda for these guys, a weekend with nothing booked in was a rare treat, so we hit the road. With the intention of giving the bikes a solid going over there only seemed to be one obvious direction - North - destination, Innerleithen. So we hit the road in search of loam, ruts, corners and flat out fun.

#RideYourWay trip: Great trip through San Remo and Barcelona where Natalia Budner, Magda Szczekutek, Daniel Zawistowski and Jan Kiliński could start the season beautifully. These kind of journeys are very important for us because thanks to the relaxed atmosphere during the trip we can hear the feedback from our riders and talk about plans for the future.


Rick Schubert & Aiko Göhler - Riding Hometurf: Berlin is not known as topspot if you want to ride trails. No Mountains, everything flat, but there is that one mountain called Teufelsberg. Watch Aiko Göhler and Rick Schubert ride that spot!


Go Georgia Go - Transcending Skis and Bikes to Make History: At the age of 26, Georgia Simmerling had already competed in two different sports in two Winter Olympic Games. After a season ending injury in 2015, Georgia traded her skis for a bike and dedicated herself to competing in Track Cycling at the highest international level. Georgia is a two time Olympian, five time Ski Cross World Cup medalist, two time Endurance Track Cycling World Cup medalist. This is her story of grit, determination and a goal to make history on the world's largest stage.

Valentino Rossi - The Doctor Series Episode 3/5: ‘The Ranch’ is a source of inspiration, motivation and high-speed adrenaline for Valentino Rossi. At this private facility just outside his hometown of Tavullia the Italian has prolonged his love of motorcycles, his passion for competition and laid the foundations for an even longer legacy in the sport of MotoGP. Granted exclusive and special access this is a unique insight and glimpse into the dirt track facility and the regenerative role it has played for ‘46’. From chronicles of its creation owing to a land purchase by his father Graziano to tales of BBQs, bench-racing, and visits from some of the world’s most renowned motorsports athletes this is the story of ‘The Ranch’ told by those who have tasted the dust. Come for a special trip into the curves and camaraderie in the hills of Tavullia.


Rodney Mullen Debuts New Tricks: Rodney Mullen, who three decades ago invented many of the tricks on which modern skateboarding is based, steps inside fashion photographer Steven Sebring’s revolutionary 360 studio for his first major release of footage in 12 years, including several never seen before moves.


Douglas Tompkins - Wild Legacy: Douglas Tompkins was a world-renowned adventurer, entrepreneur, and conservationist. Co-founder of The North Face and Esprit, Doug spent the first half of his life building successful, global brands, while simultaneously adventuring around the world, completing first descents of the world’s toughest rivers.

Pedal to Peaks - Joey Schusler - REDirect Explore 2016: 'Like' this video on Youtube to help Joey win this contest. 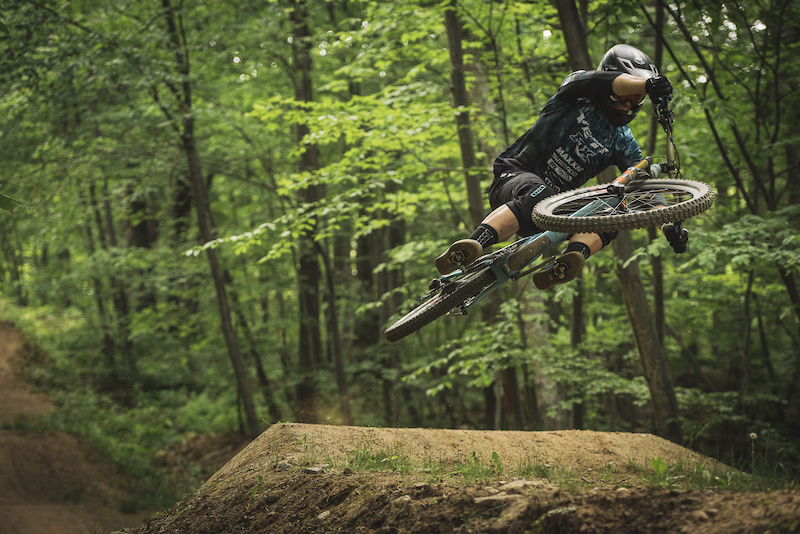 
To check out videos submitted by fellow Pinkbike members that didn't quite make Movie Mondays here.

Ynotgorilla (Jul 19, 2016 at 0:54)
Tompkins "conservation", what bs hypocrisy! Saving the planet by pouring out ptfe-coated oil-based clothes that needs replacement or repairs every 3-6 months and is produced under questionable and/or undocumented working conditions in the far east is not what I would call sustainable or ecological, doesn`t matter whether you put 1 or 5 or 15% of the revenue back into environmental agencies or trusts, bailing out your bad conscience is not gone save you when Dredd come hunting on Judgement DAY.