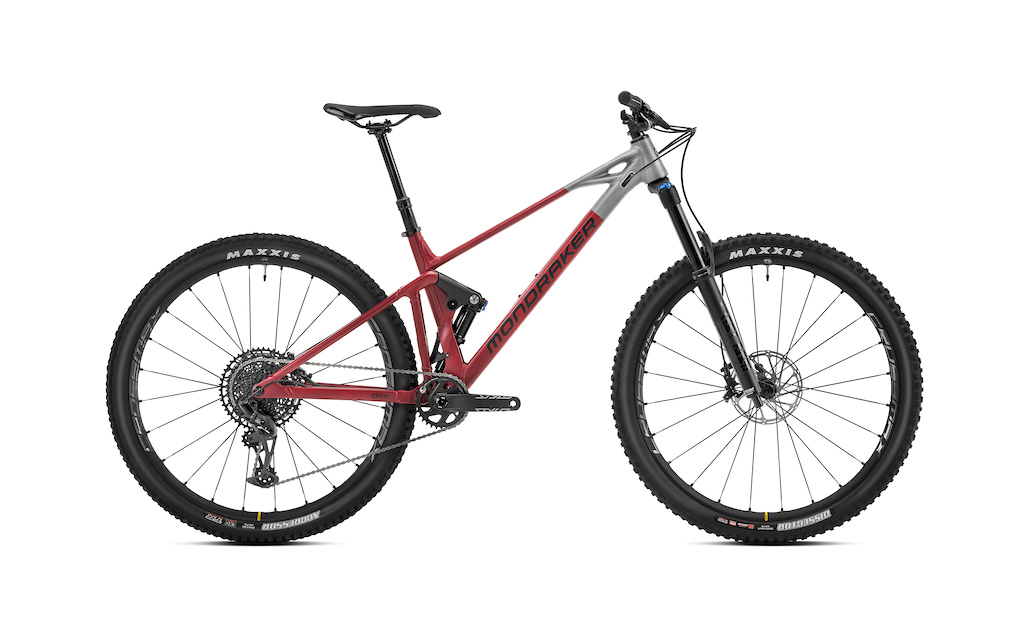 Mondraker have announced their 2023 range. With 68 models, it's their most extensive yet. The biggest news is the addition of an aluminum version of one of their most popular bikes, the Raze, and a downcountry hardtail with a 120 mm fork.

The Raze is Mondraker's trail bike, sitting just below the Foxy (which is now an enduro bike) on the XC to DH spectrum. It has 130 mm of rear suspension with a 150 mm fork. Mondraker are adding two aluminum models - the Raze R and the Raze - to the three existing carbon models. The alloy frame shares the same geometry and Zero suspension kinematics as the carbon bike, but with custom rubber frame protection and clearance for up to 2.5" tires. 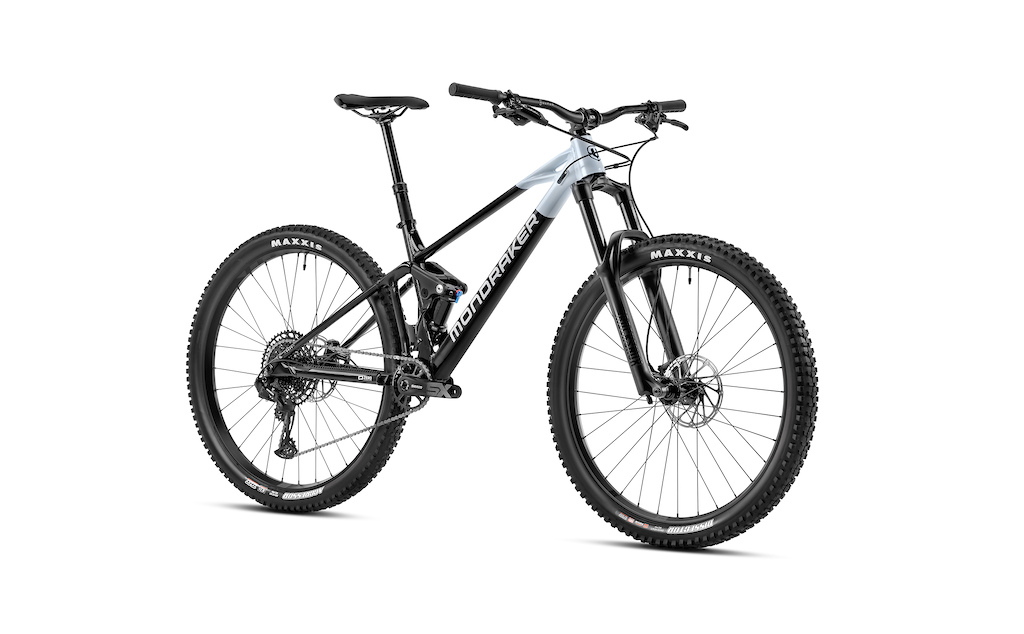 The base model is just called the "Raze" and is fitted with a RockShox Gold RL 35 fork, Fox Float DPS Performance shock, MDK-EP1 wheels, and SRAM SX shifting. It goes for € 3,999. 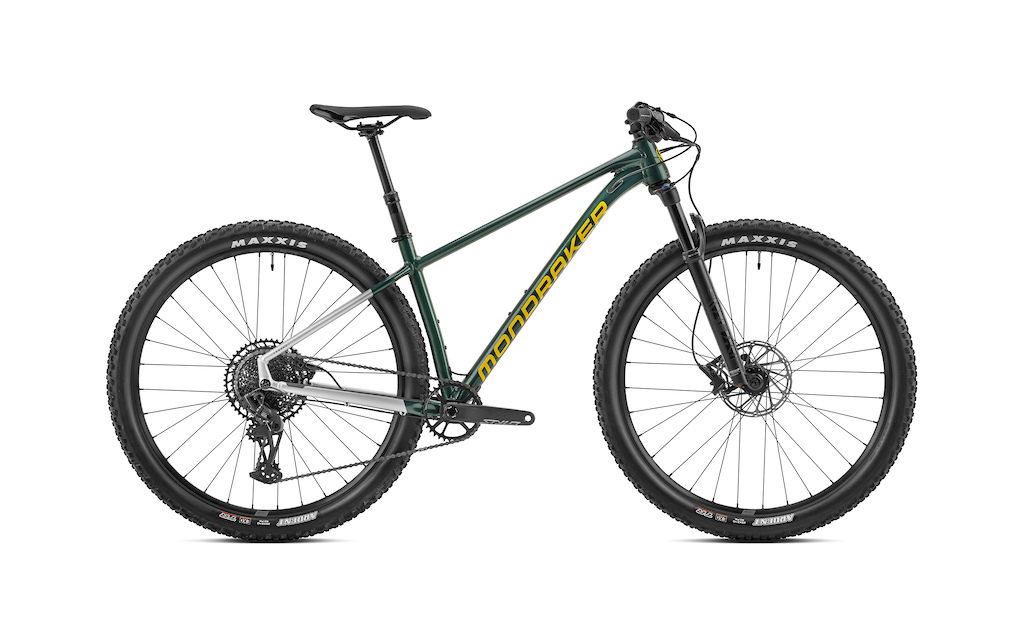 There's also the new Chrono DC - which Mondraker describe as a sort of hardtail downcountry bike. It's based on the Chrono XC bike, but with an alloy frame, a 120 mm fork and a "slack" 68.5-degree head angle. It has two bottle cage mounts and space for 2.4" tires. 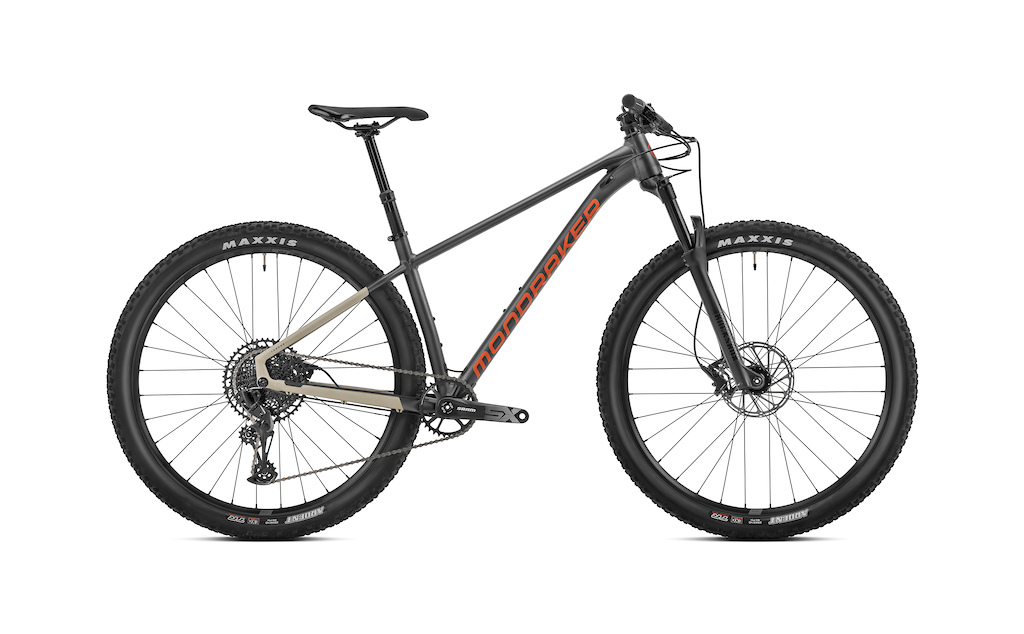 There's no word yet on exactly when the new bikes will be available and the prices are subject to change.

For more information, check out mondraker.com. 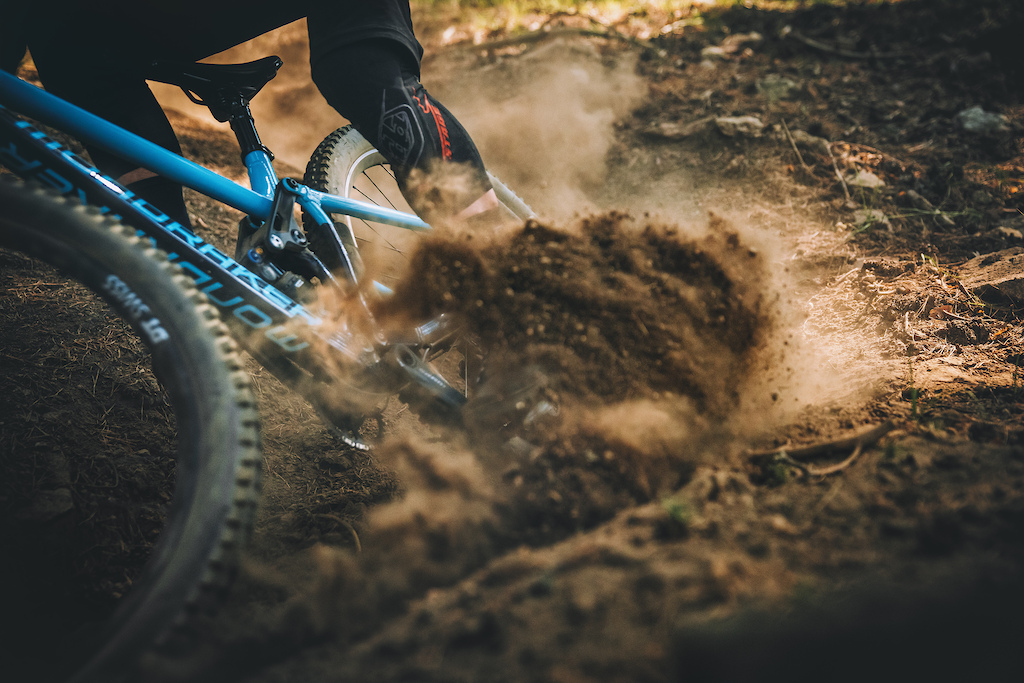 i-like-toytles (Nov 8, 2022 at 7:18)
PB's definition of downcountry has evolved to "a short travel bike that makes it into an article".

For that matter, my Procaliber with a 120mm fork is slacker than a purpose built DC bike…

browner (Nov 9, 2022 at 5:40)
We've spent the last years slackening off bikes so that we can begin marketing 20 year old tech as 'different'

MTBrent (Nov 8, 2022 at 7:27)
Mondraker is trying to take the title of "absolute worst value" away from Rocky Mountain.

onawalk (Nov 8, 2022 at 9:10)
@ct0413: it’s a term that PB made up, it can be whatever the hell they want.
They’re all just made up names for super niché products within an already niché recreational pastime.
Don’t sweat it boss

i-like-toytles (Nov 8, 2022 at 9:16)
@onawalk: yeah... my comment literally comes from Levy talking about continuing to use the phrase because its funny that people get so pissed off about it. I think it's funny that it works on people like alienator064.

i-like-toytles (Nov 8, 2022 at 11:47)
@alienator064: Well them jokingly over-using the phrase bothered you enough to comment your disagreement. "pissed off" is just figure of speech in this scenario. Unless of course my weird comment has now genuinely pissed you off.

alienator064 (Nov 8, 2022 at 11:51)
@ct0413: hmm I'm confused now. It's Mondraker using the phrase, not pinkbike in this scenario, right? Is Mondraker in on it? It seems like Mondraker actually thinks this falls under the downcountry category, which is laughable, hence my comment.

i-like-toytles (Nov 8, 2022 at 11:58)
@alienator064: oh idk. The product page on Mondraker's site doesn't mention downcountry at all. It is listed under their cross country bikes and is just described as a fun hardtail. I mean yeah if Mondraker are the ones calling it that that seems a little silly for sure. I was under the impression PB was interjecting the phrase throughout the article for humor's sake.

Also the STA looks rather slack (I actually dig that), however according to specs it's 74.5 effective, which isn't radical but pretty much standard I guess.


a trail bike is what is in between a xc and enduro bike, xc bike are great at uphill not so much downhill, enduro is great at dh and so so on uphill, so id say trails bike are just a goood do everything bike, you can climb, ride flat, do downhill.

Tambo (Nov 9, 2022 at 0:03)
@kranked350z: so why aren't we allowed a DC category? After all, it's better uphill than a trail bike and less capable down hill...but is also significantly different from an xc race bike. Key word there is 'significantly'.

onawalk (Nov 9, 2022 at 8:49)
@drib: why?
I’m not sure why any of us care.
One mans SuperEnduro rug is another mans DH sled, one mans Down ountrybime is another XC bike, or marathon, or trail, or…..
They’re just bikes for grown ass adults to ride around in the woods hooting and hollering, why do we feel the need to put them in little boxes?

bicyclelifestyle (Nov 8, 2022 at 9:10)
@seb-stott: The stanchions are also much thicker and the lower legs and crown are super beefy. The bushings seem to be lower friction too. Drop in a Grip2 and a Z1 coil kit and you have a pretty rad fork that's got a chassis getting closer to the stiffness of a 38.

hamncheez (Nov 8, 2022 at 9:52)
@seb-stott: Really? I had very negative experiences on two different ones. Rebound was too slow when you start your ride, then halfway down its a pogo, and I could never get the rebound to feel good. Also no support from compression and I had to run too many tokens in the air.

bicyclelifestyle (Nov 8, 2022 at 10:06)
@drbino: The top cap threads are identical so you can drop one in, the gating factor would be the size of the base stud hole in the bottom of the fork. Some grip1 forks use a smaller diameter base stud with the 10mm fixing nut and the Grip2 has a larger base stud with the 15mm nut.

Muscovir (Nov 8, 2022 at 14:26)
@seb-stott: Right. But then again, so is the Yari. And it's only about half the price. That's what they should have chosen if they wanted great budget performance. They chose Fox probably just for the badge.

NorwegianBackcountry (Nov 8, 2022 at 23:13)
@Muscovir: out of the box the Rythm is way better than the Yari. If you upgrade it with a Charger damper things improve significantly, but the Motion Control damper is pretty spikey at best.

browner (Nov 9, 2022 at 5:42)
Imagine you insured your top of the line Canyon a couple of years ago and it gets nicked, and your company send you one of these as a part replacement

smoochy (Nov 8, 2022 at 7:40)
I thought Mondraker was supposed to be progressive? That hardtail isn’t even trying - modern commuters and gravel bikes have longer, slacker and more stable geometry than this

MI-Corey (Nov 8, 2022 at 8:48)
I got excited about the hardtail and then clicked the link to find a rockhopper copy. Bummer

kazwei (Nov 8, 2022 at 8:05)
Mondrakers are really cool, good looking bikes that are all overpriced

Brave1i1toaster (Nov 10, 2022 at 18:48)
I TOO WAS looking to get a 2022 Raze R, but the $7750 price tag for a Rythm/SX/NX/GX everything aluminum but the frame is f***ing highway robbery! A full kashima Pivot T429 is nearly the same price, with waaayy better everything. The classifieds are full of unsold Raze's, and the used ones have depreciated faster than a meteorite. I'm just going to hold off until mid next year to hopefully find a reasonable deal.

SurfNC (Nov 8, 2022 at 10:40)
Does anyone really say "downcountry" in a sentence without trying to be sarcastic? Because if they do, this sport is ruined. Same for "send it" or"stoked". Just stop.

Been-Jamin (Nov 8, 2022 at 18:39)
@93EXCivic: You forgot to take your bike with headset routing into some poor shop to get the cables swapped and the bearings serviced!!!

SurfNC (Nov 9, 2022 at 4:10)
And your name says it all. Best car ever, best year. An antithesis to the craziness going on with people driving $80k 4wd mall crawlers, lugging bikes they can't ride to their full potential (5in of travel because the trail is "rooty") and trying to speak like California surfers - in Cary NC.

jmard24 (Nov 9, 2022 at 7:39)
I don’t know how they expect to sell bikes with those components. For that price gx should be a minimum. There are full carbon bikes with better components for the same price.

twonsarelli (Nov 8, 2022 at 7:09)
has anyone used any modern mavic wheels? i had some crossmax sx and deemax wheelsets back in the day but curious how the new stuff rides

MTBrent (Nov 8, 2022 at 7:25)
The only thing that killed my Deemax Elite wheels was a freak stick that kicked up, went through my rear wheel at speed, and sheared three of the spokes. Otherwise, the ID360 hubs have been bulletproof and the rims are still true albeit with a few dents. That's after three seasons on three bikes varying from singlespeed to park to racing enduro. I'm planning to buy a set of the Mavic Crossmax XLs this winter with no worries. Also, Michelins on Mavics are the perfect combo.

csvetich (Nov 8, 2022 at 15:07)
Downcountry is a state of mind, it's where all the 90s early 2000 riders that were XC and loving it, migrated when the bike industry finally made a bike that fit our aging mental state to be a kid again.