Feb 20, 2011 at 18:11
by Shawn Callahan
Share
Tweet
February 20th where I live is normally wet and cold. Today was an exception. I called one of my riding buddies to see if he wanted to go out for a short photo sesh. He was more than eager to accept the offer.We pulled up to the parking lot around 12:30. There was hardly any room to park. The trails were filled with hikers, horse riders, and people that just wanted to get out and enjoy the sunny day. A few months ago, I had built a step down for a video my friend shot. To my surprise, the jump was still there and in mint condition. I raked the lip a bit, and called it good. John had never hit this jump before today. He was a little nervous, but with his experience on the bike, and a few run ups to the jump, he felt good about it. 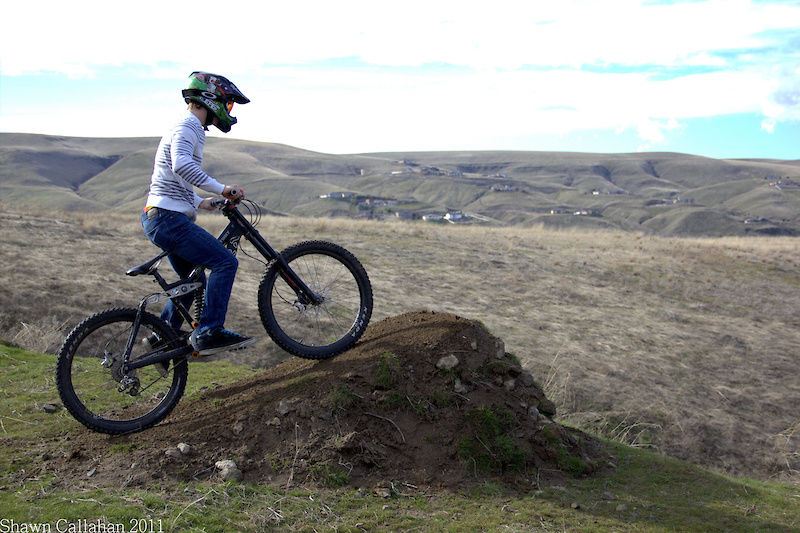 His first time hitting the jump, he sent it. I have only seen one other person besides myself hit this before, so it was nice to get a different view. John is a crazy kid, he will do anything once. When I told him to do it, he said alright. 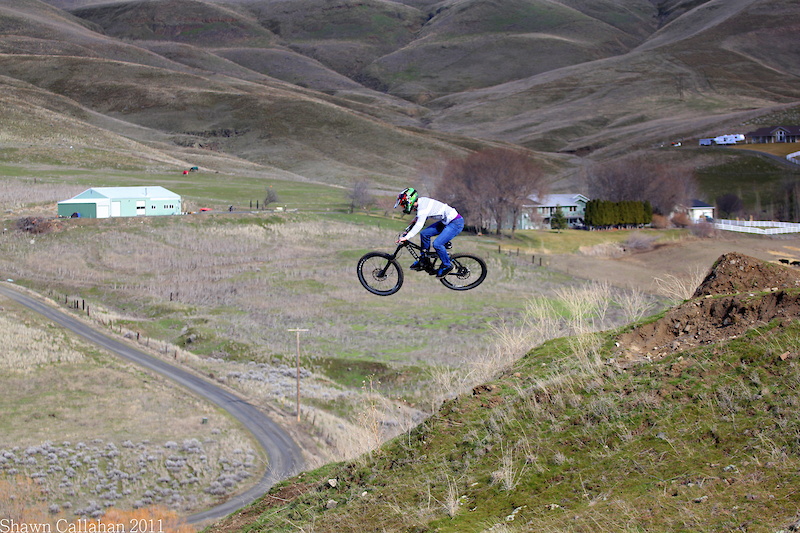 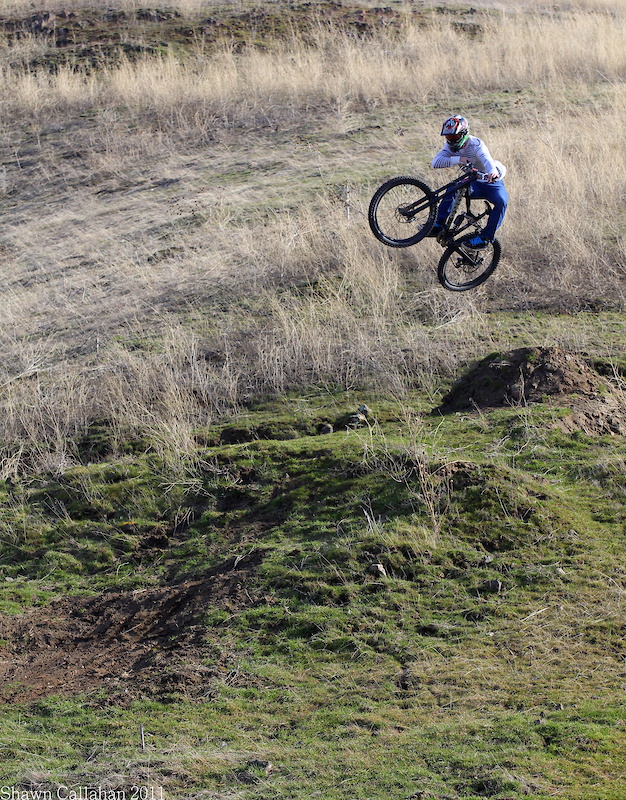 Atleast you have a nice view riding up to this jump. 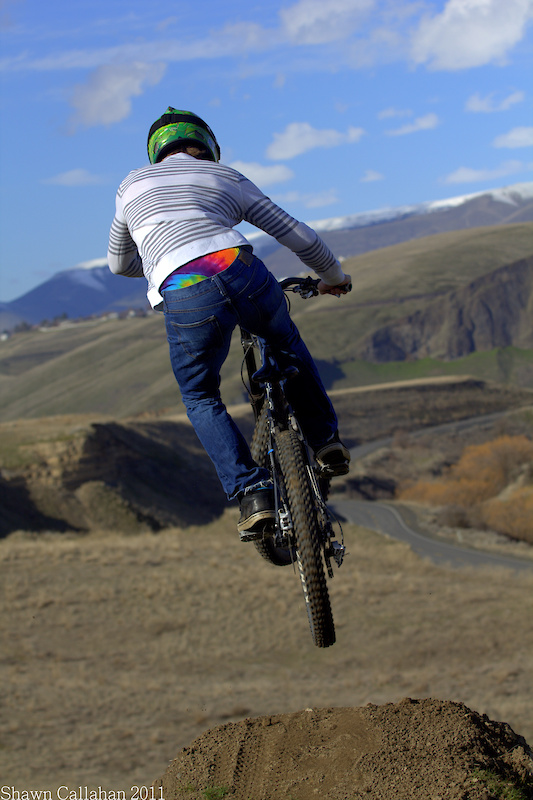 The only downfall to this jump is the enormous hill you have to hike back up. Currently this is the only hit I have finished building on this line. As you can see in the picture below, I have started to build a new 40 footer to make the hike a little more reasonable. A one hit wonder is hardly worth hiking up that hill. 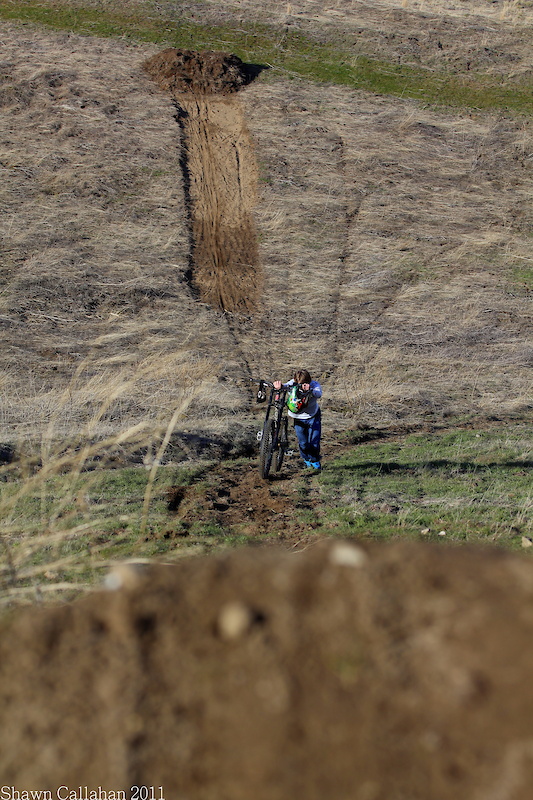 After hitting this jump 10-15 times for me, Johns legs were getting tired. I could see he wasn't too interested in doing this over and over. We decided to hike to the top of the hill, and get some shots of him bombing down. Once at the top, John found a bench and took a few minutes to catch his breath and give me time to swap lenses on the camera. 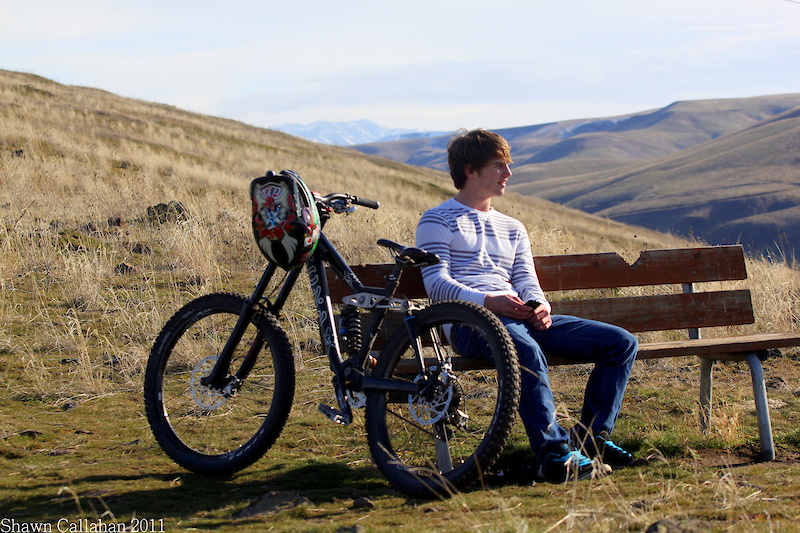 John likes to have fun on his bike, he is always doing manuals and trying new things. Before we headed down, John did a couple manuals through some rocks for me. 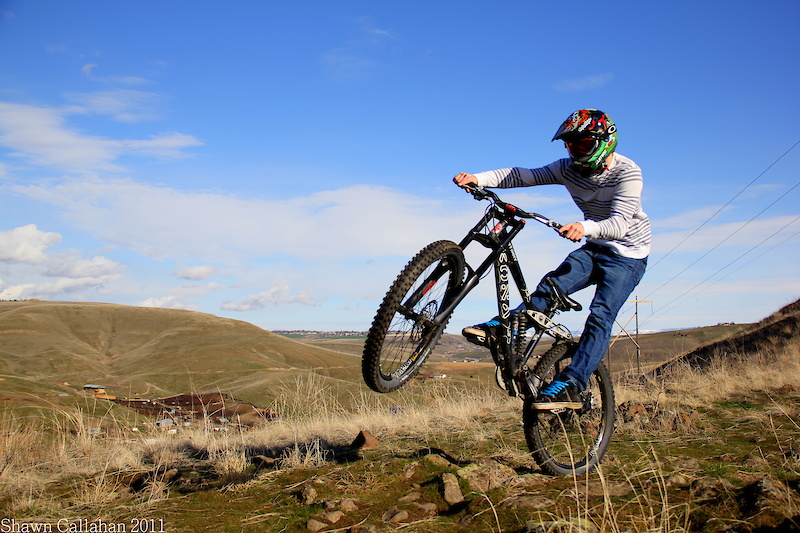 He wanted to check out a few lines before he just went for it. I posted up down the hill a ways and got ready to shoot. 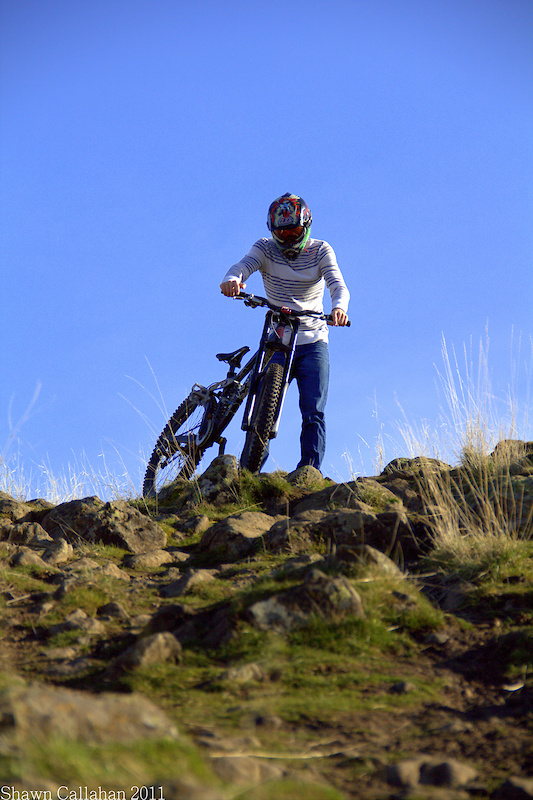 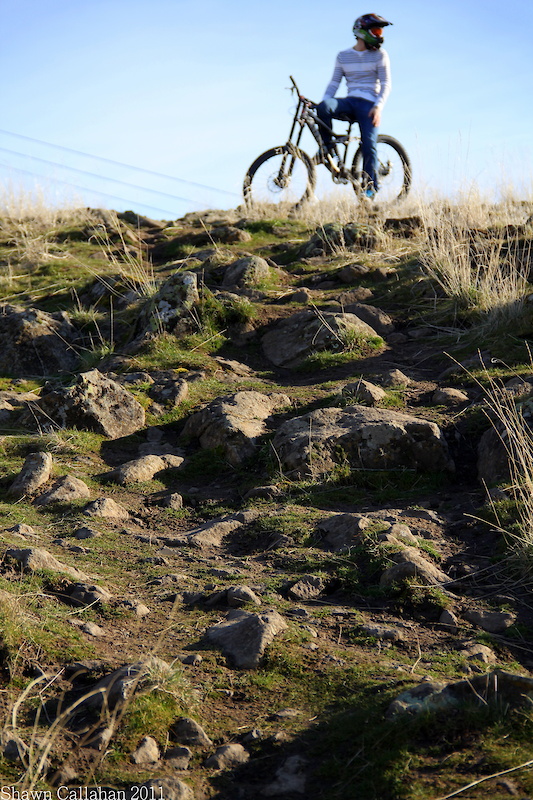 Below are a few shots of John riding down. 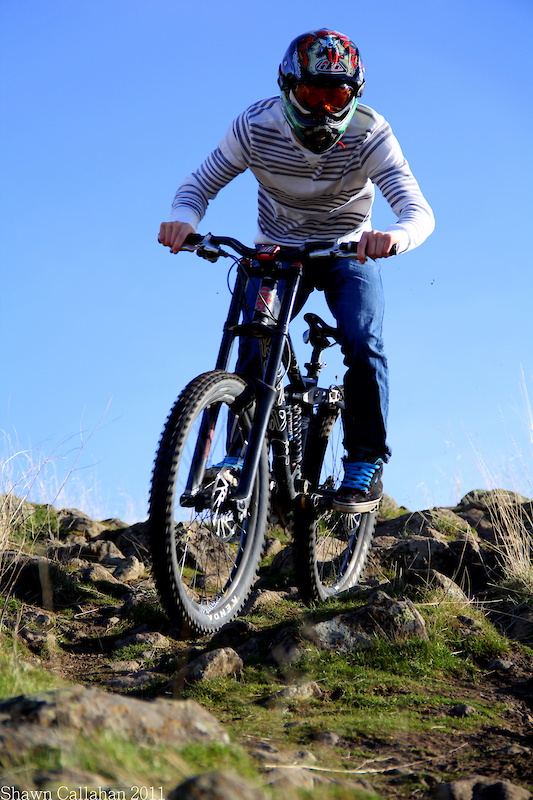 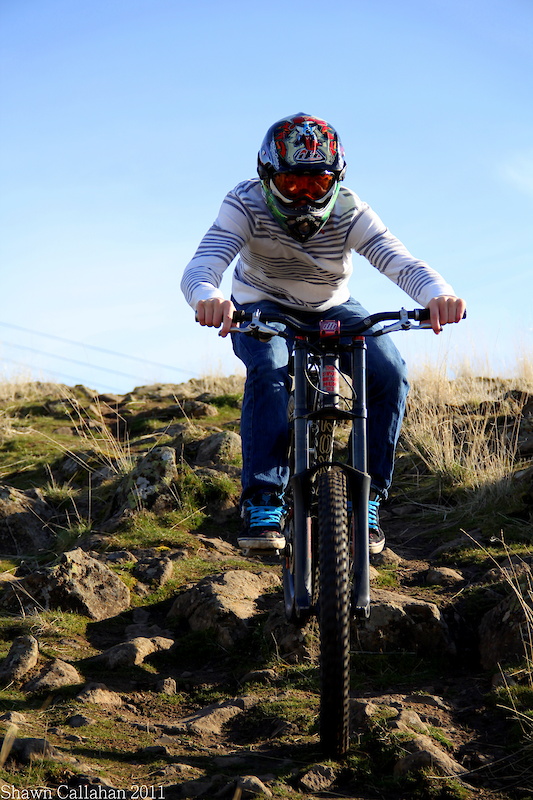 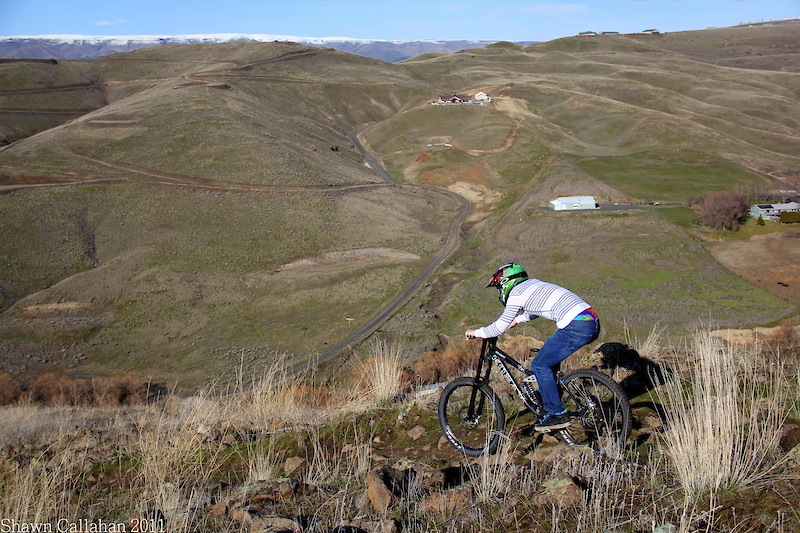 bcstockton (Feb 21, 2011 at 16:00)
Aaah yes, beautiful sunny days. We have had a few of those here lately too, however now snow is once again in the forecast. Nice work, glad you were able to get out and make the best of the winter sun.