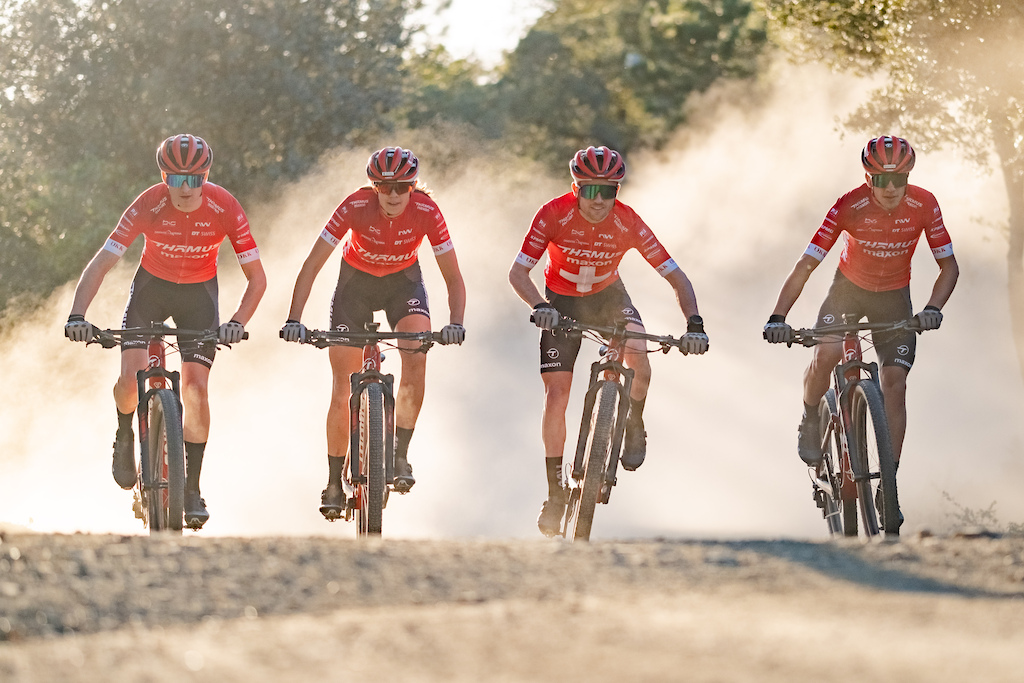 
2021 was the most successful season of Thömus maxon Swiss Mountain Bike Racing so far. By winning the UCI Mountain Bike Overall World Cup and the outstanding performances of Mathias Flückiger, the Swiss team has reached the top of the world. However, the successes have not made the Swiss team fed up, but hungry for more. 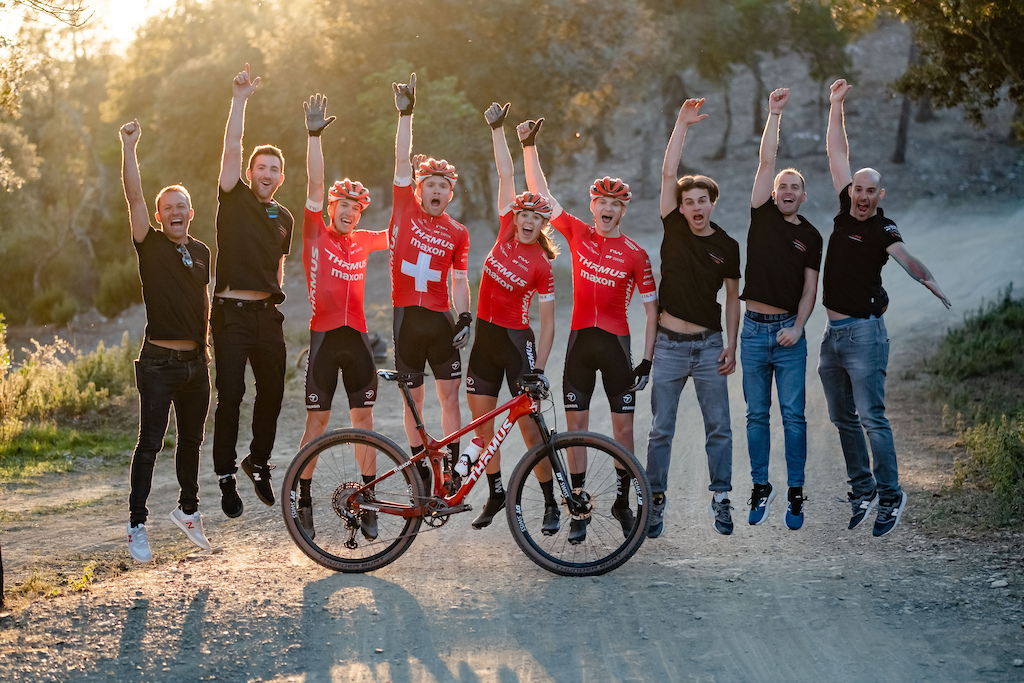 At the moment, the entire team is in a training camp in Girona, Spain. In addition to basic training on the road and mountain bike, the program includes material tests and, last but not least, team building. On Saturday (Alessandra Keller ) and Sunday (Vital Albin, Luke Wiedmann, Timo Müller, Roman Holzer) the whole team will compete in the first race of the season at the Copa Catalana Internacional in Banyoles against top-class competition. 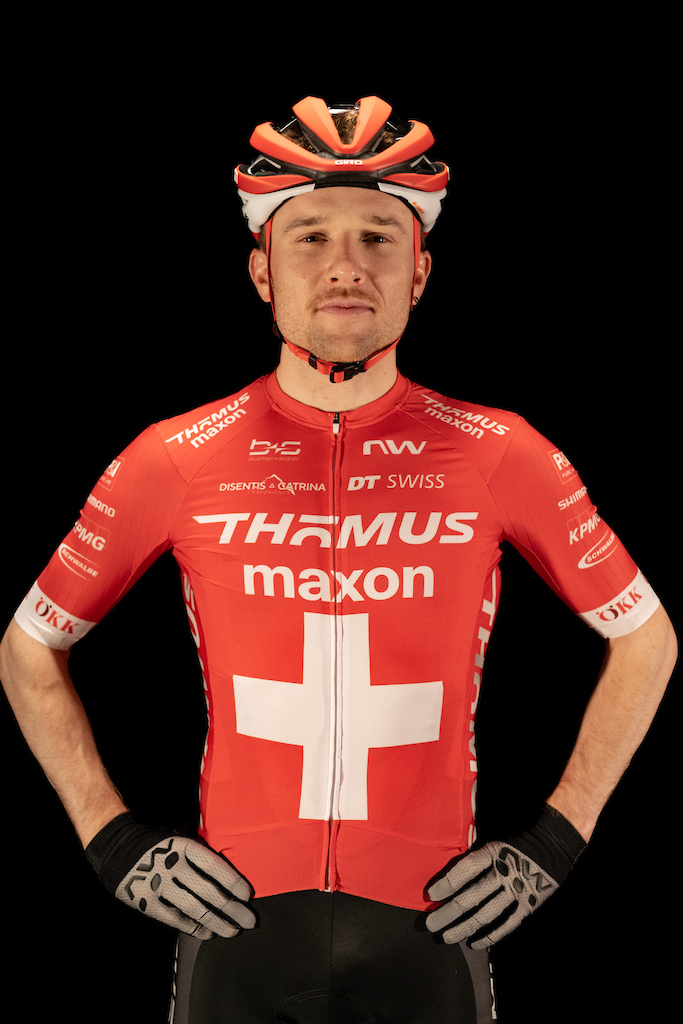 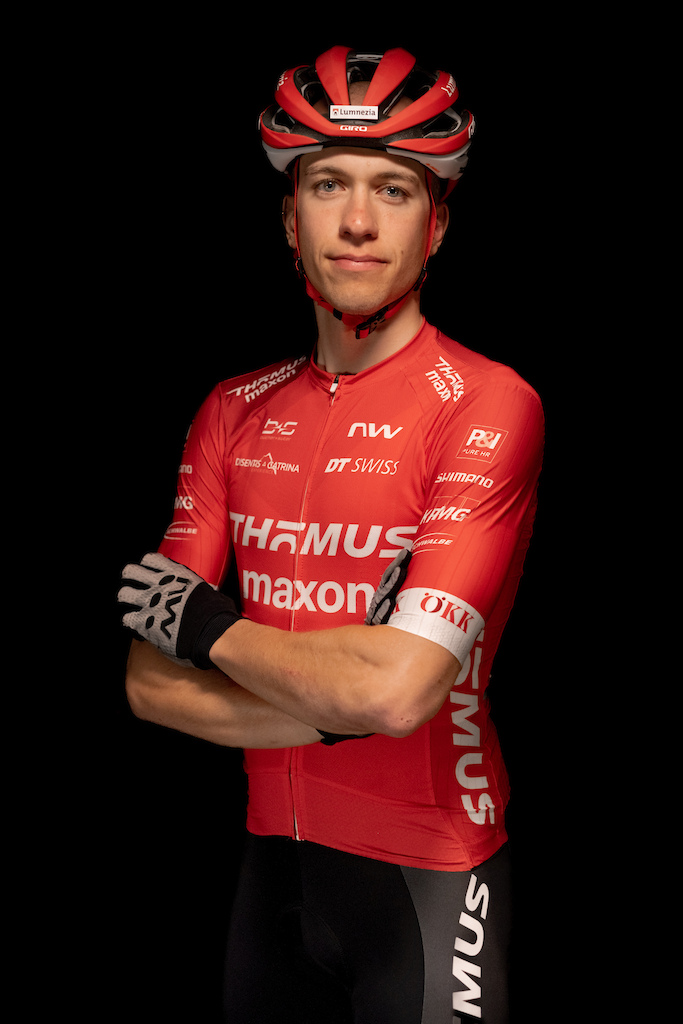 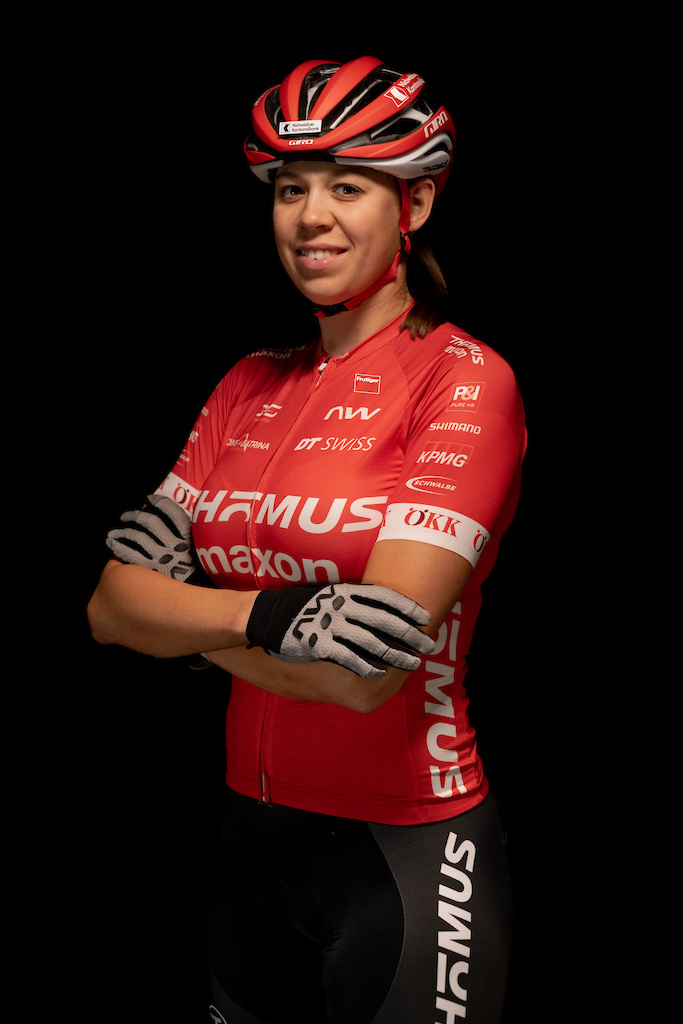 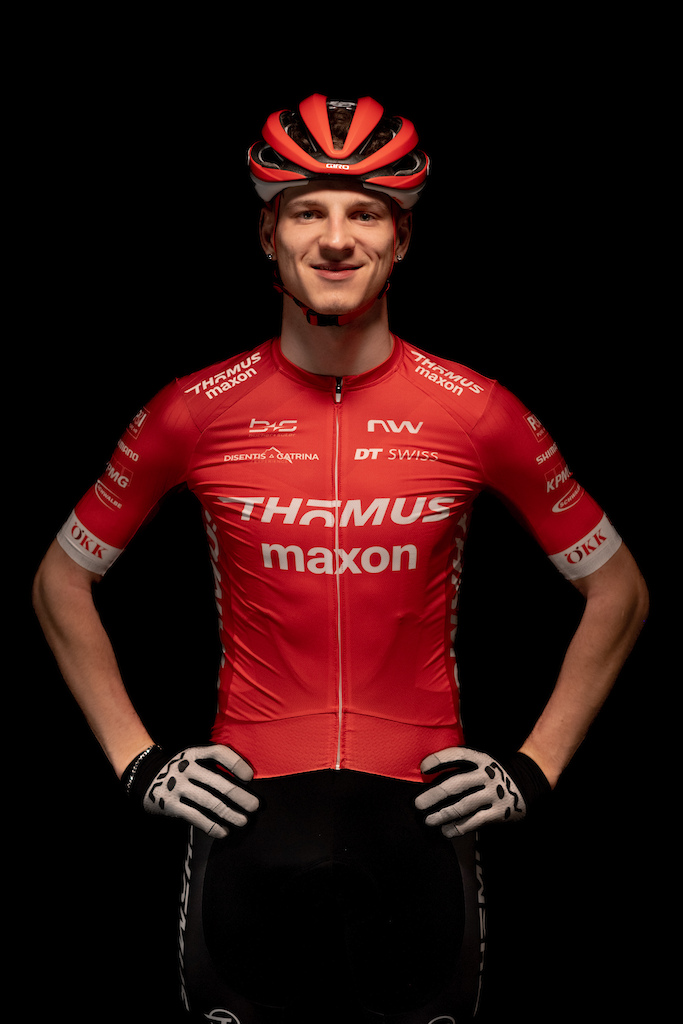 "The main thing is to get used to a higher rhythm again after the long period without racing." says team boss Ralph Näf. And adds, "Races like this allow the riders to try out a few things and take risks. In the regular season, you don't like to experiment." Mathias Flückiger is taking his time with the start of the season. "I will support my team from the sidelines." Says the Olympic silver medalist. 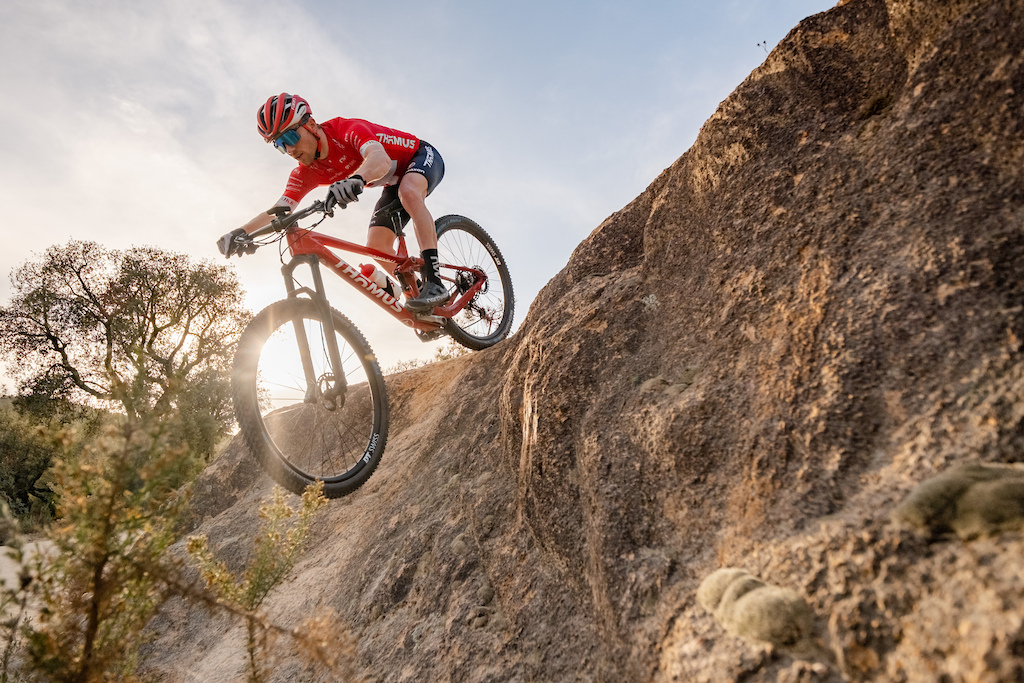 "We are in the fortunate position that the existing partners have expanded their commitment and we have gained new partners." Näf enthuses. This weekend, the team will wear the team jersey in the new design for the first time. The red jersey represents concentrated Swiss power. This is because the team not only has two strong title partners in Thömus and maxon, but also four other main Swiss partners in ÖKK, Noser Group, DT SWISS and Disentis. ÖKK and Noser Group also support the Youngstars junior team.

The NOSER GROUP and its companies are among the leading providers of ICT solutions and services in Switzerland. Together with its subsidiaries AKROS and Bucher + Suter, it has been committed to supporting young Swiss cyclists for years. "We are proud to continue our commitment to cycling as an RN team sponsor and to share responsibility as the name-giver for the "Thömus AKROS Youngstars" team, so that Switzerland's up-and-coming mountain bikers can join the elite," said Andreas Schicker, Marketing Manager Noser Group.

ÖKK is an insurance company with a healthy Grisons mind and a heart for cycling. Through various partnerships, the health insurance company is involved in top, junior and popular sports. With specific products, ÖKK offers attractive offers, discounts and experiences for all cyclists - an added value that is not available from any other Swiss health insurance company. "ÖKK is pleased to join forces with the Thömus maxon teams to bring the enthusiasm for cycling to the outside world," says ÖKK CEO Stefan Schena. "Together we make cycling an experience for everyone and thus contribute to health promotion." 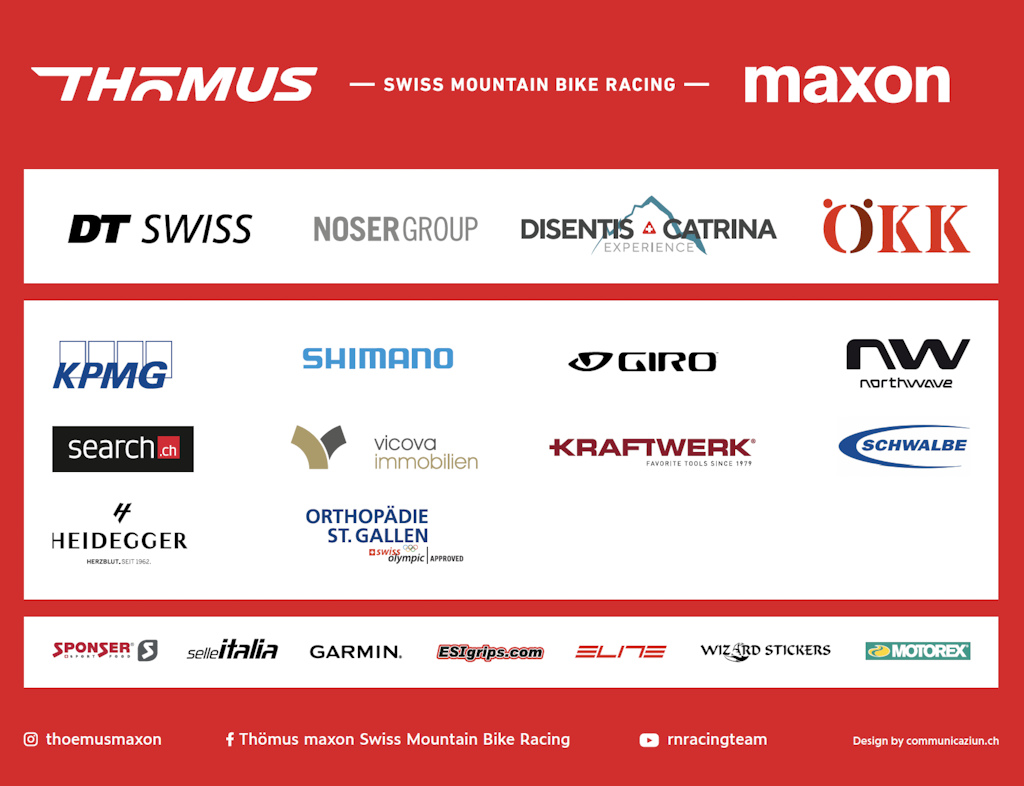 Rich-Izinia (Feb 25, 2022 at 5:34)
I love watching WC races and, without fail, Rob Warner will gleefully reference Fluckiger’s wild crash Albstadt a handful of years ago. I remember watching the live stream and Rob kept urging him “park it, mate” as he was understandably wobbly after.

Love the team pic, make me excited for the coming season. Good times.

vapidoscar (Feb 25, 2022 at 6:25)
Just read the sponsor list. Very surprised that New Balance isn't on the list. Look at the jump picture.

AnodizeErrthing (Feb 25, 2022 at 19:41)
Is there a good site or place to get dedicated XCO content on the regular? The Red Bull content is great, and I remember CyclingDirt from back in the day, but any place dedicated to XCO these days?

bikefan88 (Feb 26, 2022 at 12:45)
Fabulous team release. Good luck this season!
And btw. Alessandra seems to be ready for the season (2nd in today‘s race in Spain) after some bad luck with injuries.

squarewheel (Feb 25, 2022 at 6:13)
Is now E-XC a thing? Maxon is producing electro motors. From Mars Rover to bicycle motors... Will they now get the same kind of in frame motors as in the Tour de France?