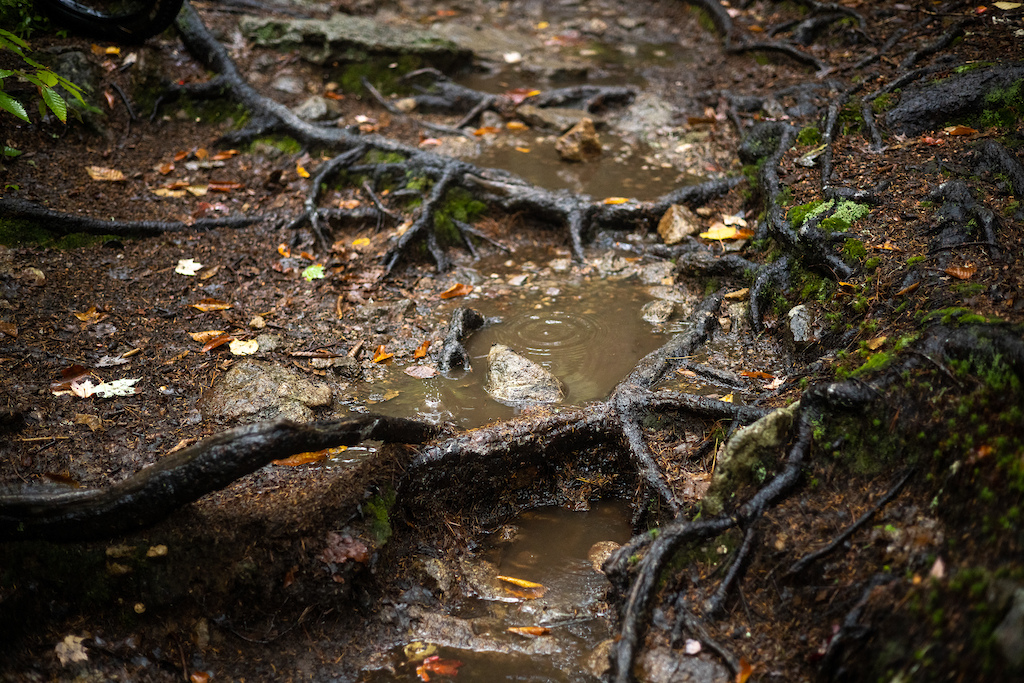 All good things must come to an end, and as the sun rose on the 5th and final day of racing for the 2021 edition of Trans New England, relief and melancholy alike were felt by most of the people involved. The relief stemmed from knowing that most had made it through the gnarliest week of their lives largely unscathed and with just one more day in front of them. The melancholy came from the realization that the best week of riding most had ever experienced was also at an end. In truth there wasn't much time to dwell on the duality of the day as the final day of the race was expected to also be the largest, and everyone needed to get moving.

North Conway would play host to the day's affairs, and while both Vermont and Maine will play host to Enduro World Series races in 2022, NoCo may very well provide the largest scale of adventure between them. The highest peak in the northeastern United States casts an impressive shadow over the community, though with each passing minute the sun seemed to withdraw as a storm began to swirl. The White Mountains of New Hampshire offer up a few thousand vertical feet of opportunity, and rain or shine, Trans New England was intent on making the most of it.

The morning hike-a-bike would take the event 3,000 feet up a very steep and slippery mountain, before dropping 3,000 down a very steep and slippery mountain. Despite the driving rain and strenuous efforts involved during the ascent, spirits were high and everyone seemed to be buzzing. There's something to be said about the road less traveled, and when a collection of like-minded people get to embark on such an adventure together, it tends to act as a bond of sorts. The ride down had its share of spills, but by and large, the group managed to navigate the incredibly technical and challenging terrain together, fully committed to massive and steep slabs, chaotic root and rock gardens, and a number of nonsensical drops from top to bottom. The final section of the morning's adventure was a loamy and rapid section of trail that acted as a well-deserved reward for everything above it.

After a lovely lunch in the garage of Phil and Ann Ostroski, parents to Pete and loved by all, the event made its way up to the top of the Hurricane Zone of NoCo to begin the 1st of 3 timed stages for the afternoon. The rain continued to rage, and with a massive week of riding in their legs, the racers put their heads down and made their way up the mountain in a slog. Stage 1 was somewhat mellow by TNE standards, but came on the heels of a 45-minute climb and still required everyone's attentiveness, with high speeds, a handful of sharp rocks, and some wet roots that were waiting to catch anyone out who wasn't showing the terrain enough respect. Another grueling climb brought everyone to the same starting area for stages 2 and 3, with the 2nd stage as the most technical and challenging of the 3. It was full of steeps and jank, and was also a huge hit among the field. The 3rd and final stage was also the longest by about a minute, and while the trail itself was a brilliant combination of technical terrain and flow trail, the weather was also at its worst for the day. Visibility was a challenge, to say the least, with some riders opting to remove their goggles and crossing the finish line with one eye barely open, and others with mud and water coating their lenses.

The end of the 3rd stage marked the end of the race, and everyone waited just past the finish for the entire group to reconvene before making their way to the parking lot for transport back to camp. By the time the event made its way back to the random field next to the Saco River where camp was set up, the rain had subsided and the sun was making a weak effort to return. Athletes and organizers alike were quick to crack open beverages of all varieties, bathe in the Saco, and throw some dry clothes on. While some had to bid farewell with big hugs and handshakes, most were able to revel in the joy that comes on the heels of accomplishing such a gnarly and harrowing week on the bike. The 5th and final day of Trans New England was a beautiful embodiment of what the week was all about: riding bikes on brilliant trails up and down brilliant mountains, with a splash or two of high risk, high reward jank thrown in for good measure. It was a week that pushed bikes and bodies to the limit, and one that will forever connect those involved. As challenging as it was, talk of doing it again next year began before the bikes were even cleaned. 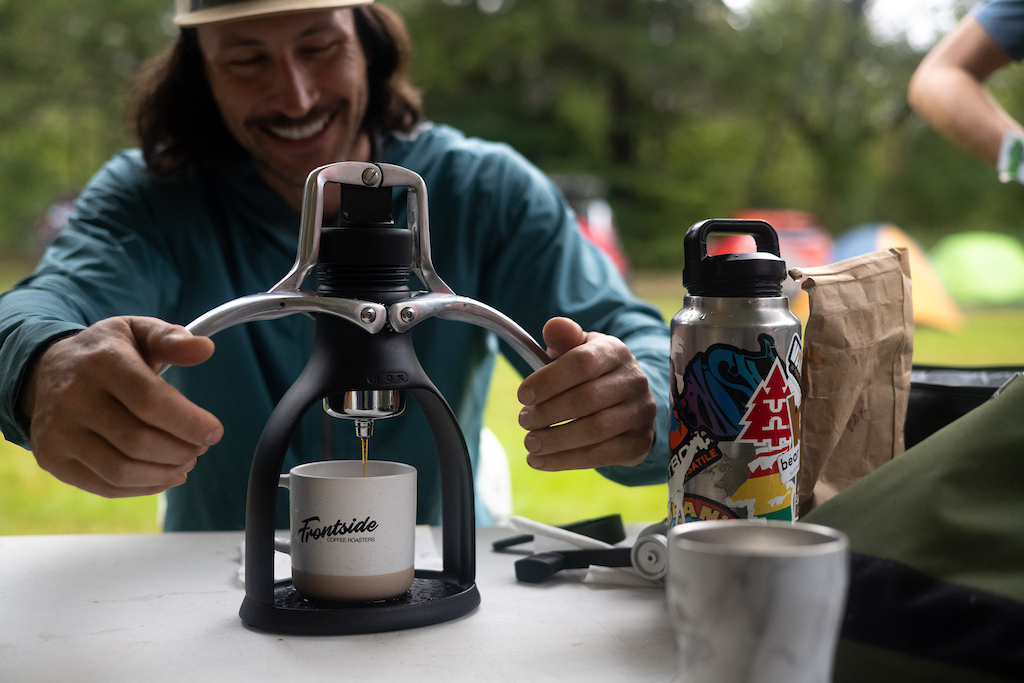 Matt Sawin's highly coveted morning espressos were a treat for anyone lucky enough to get their hands on one. 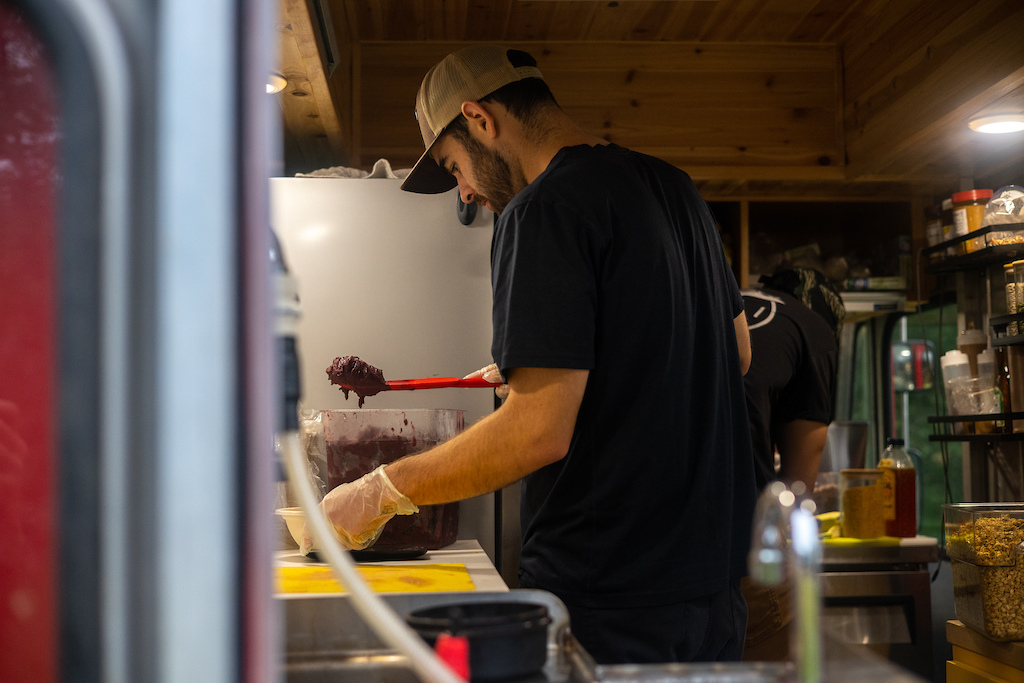 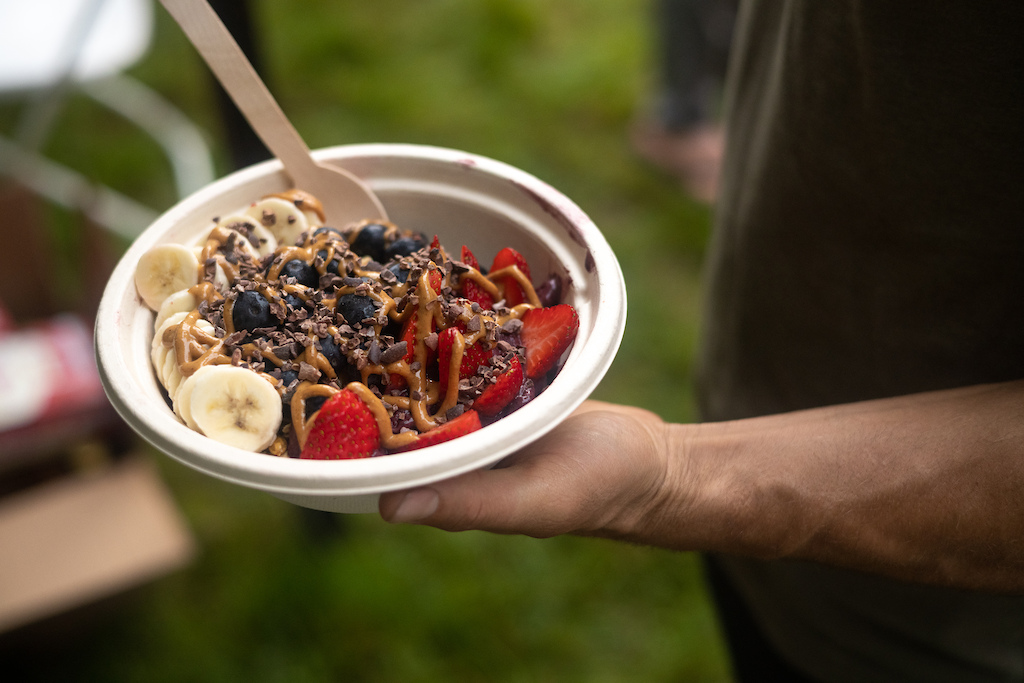 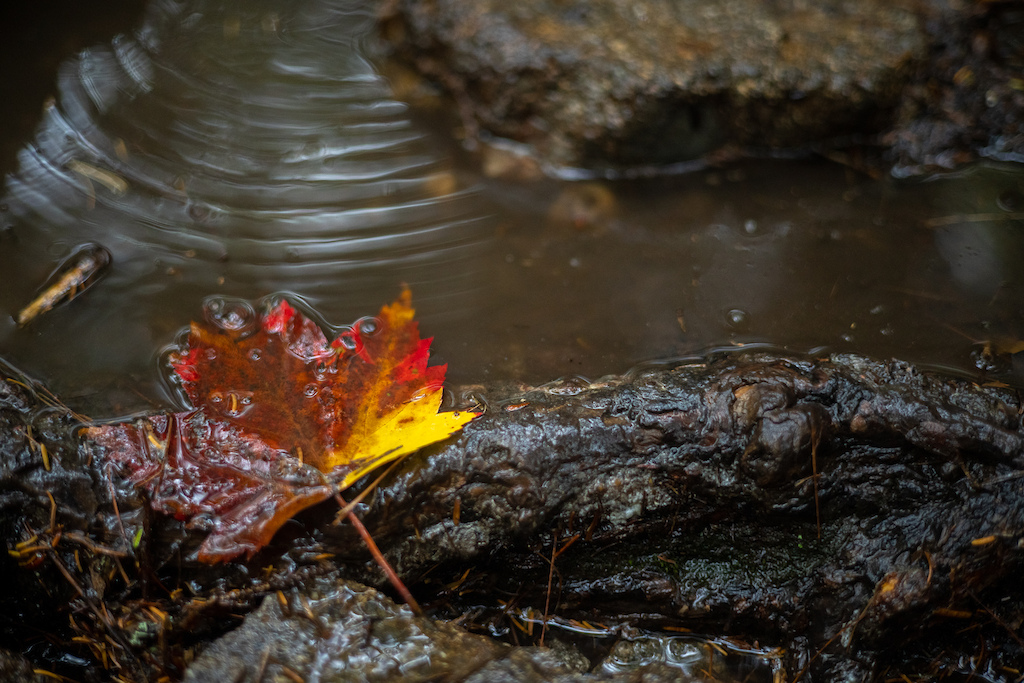 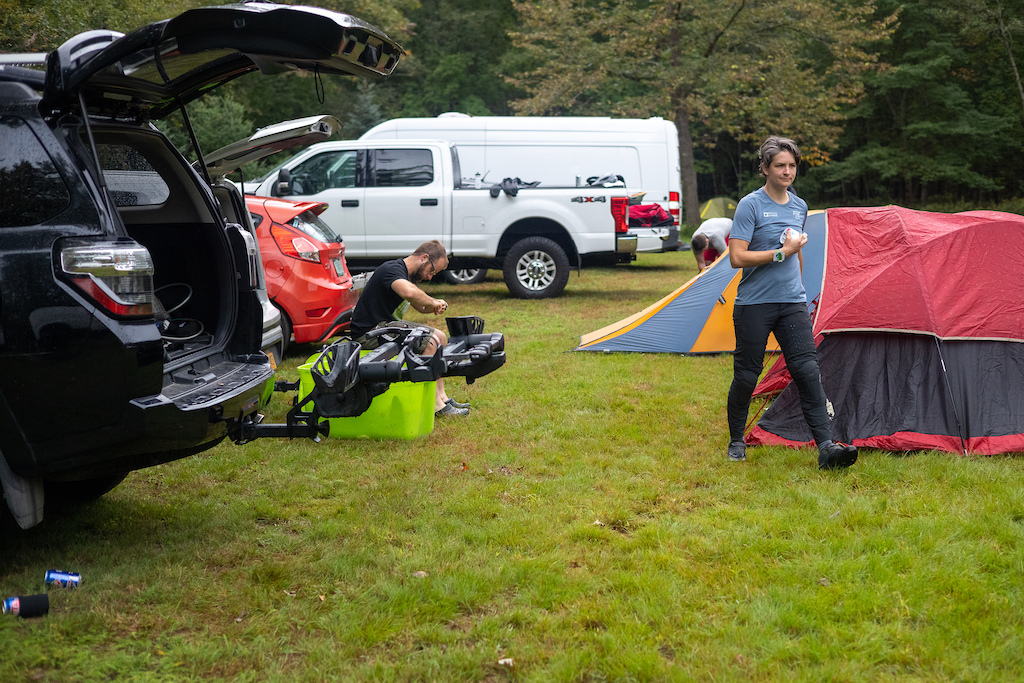 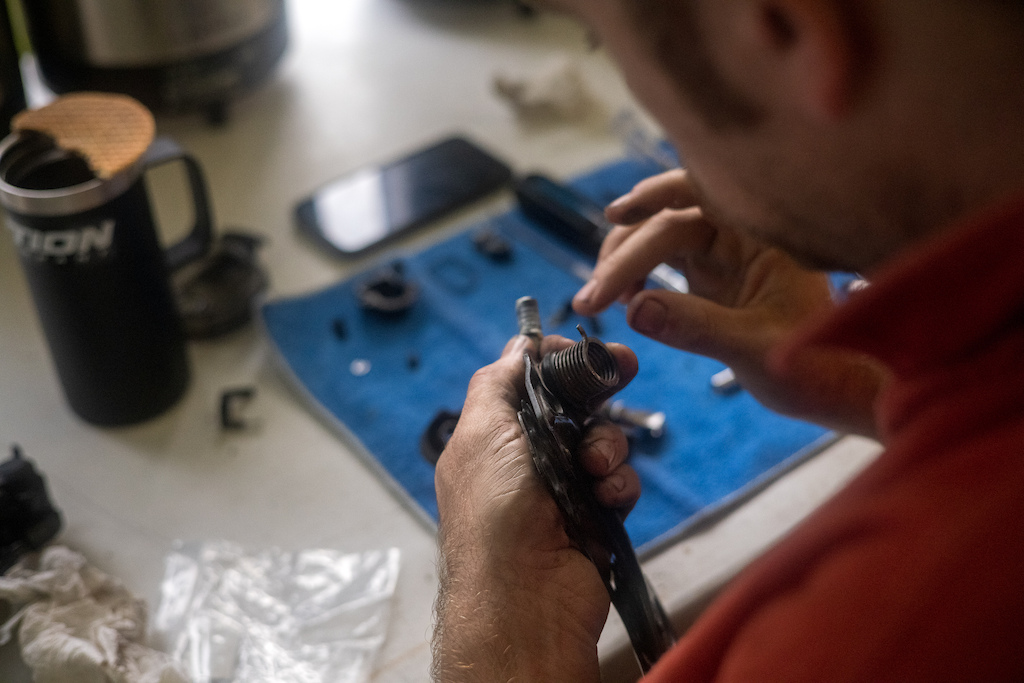 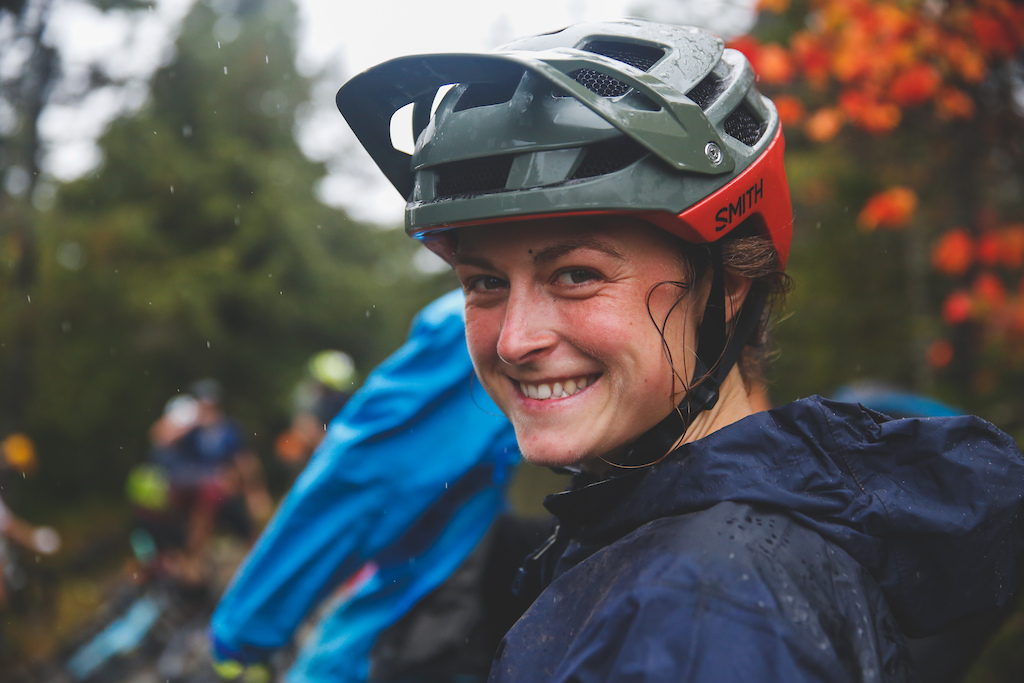 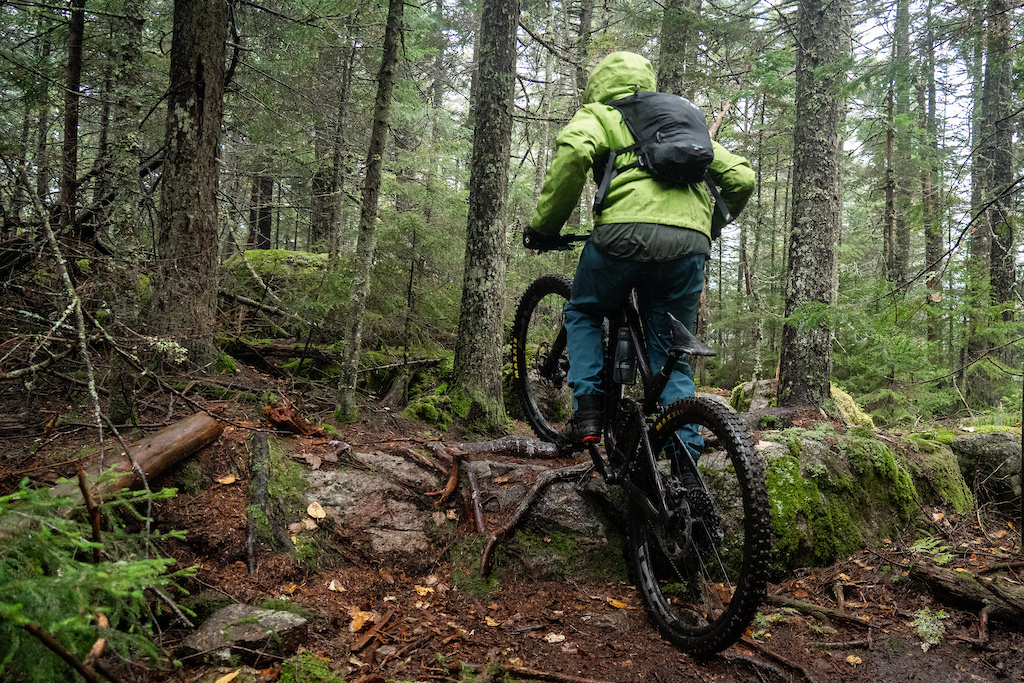 The hike-a-bike was untimed and opened some eyes to what might be one of the best descents in the country. 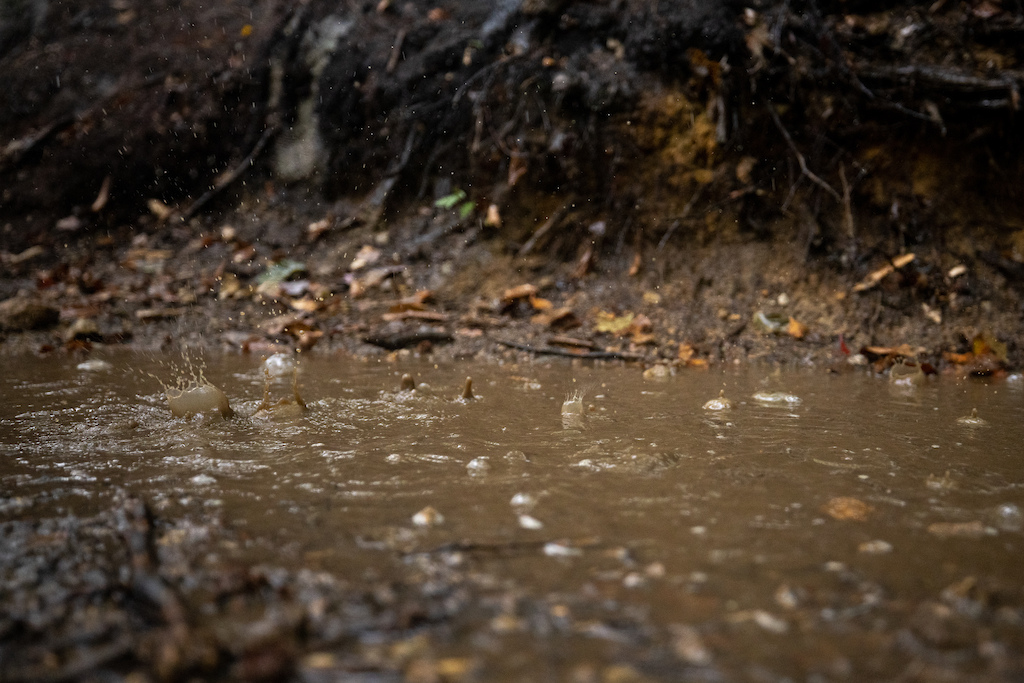 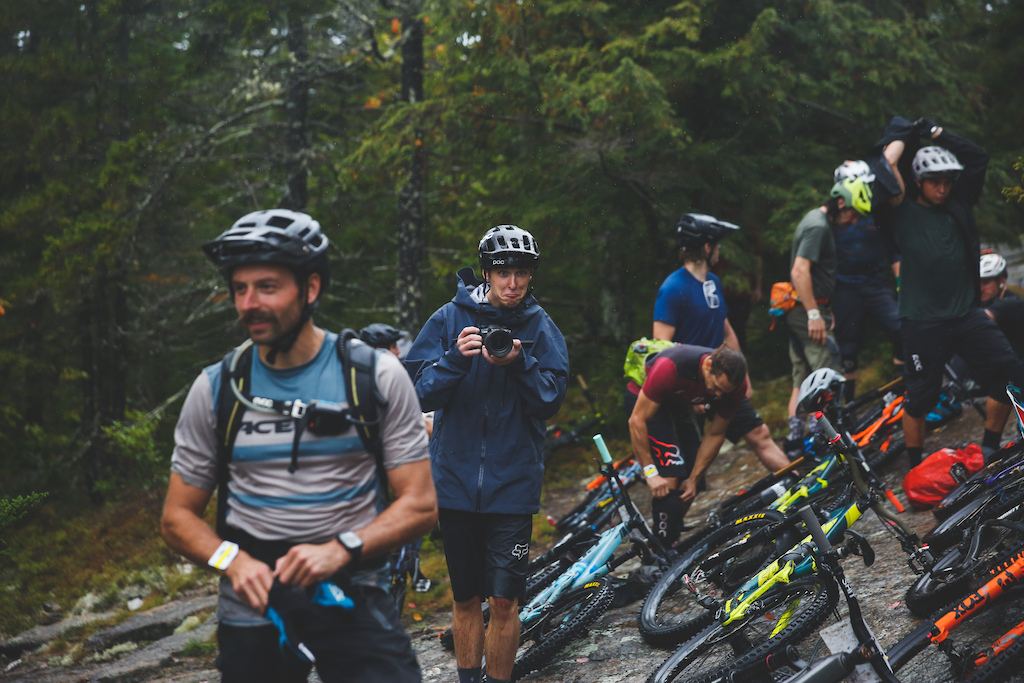 The weather deteriorated by the minute from the start of the morning through the rest of the day's racing. 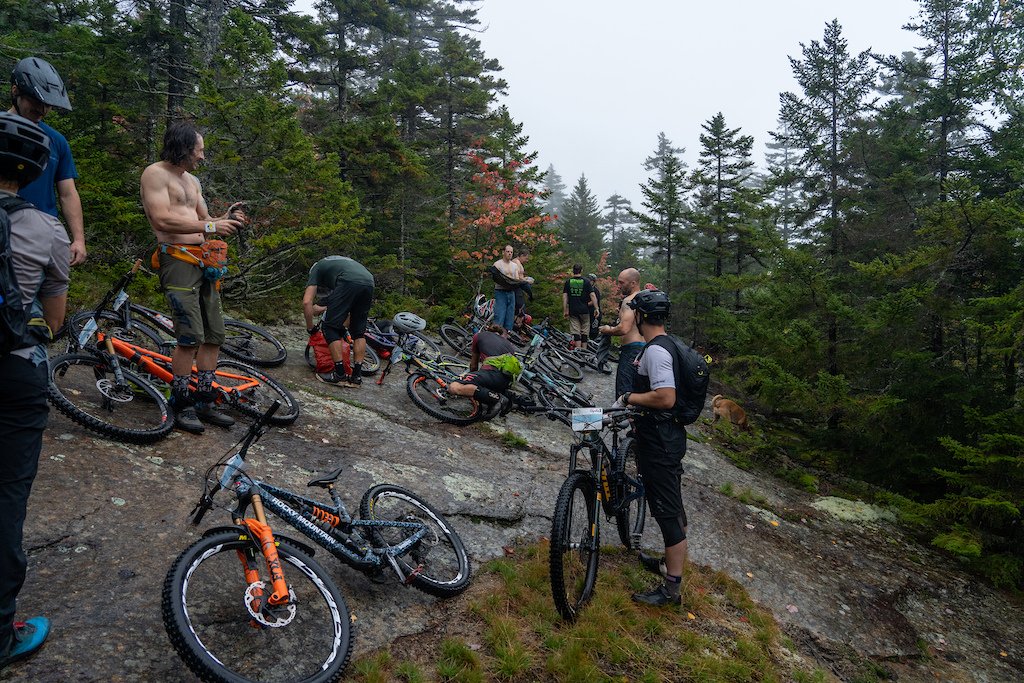 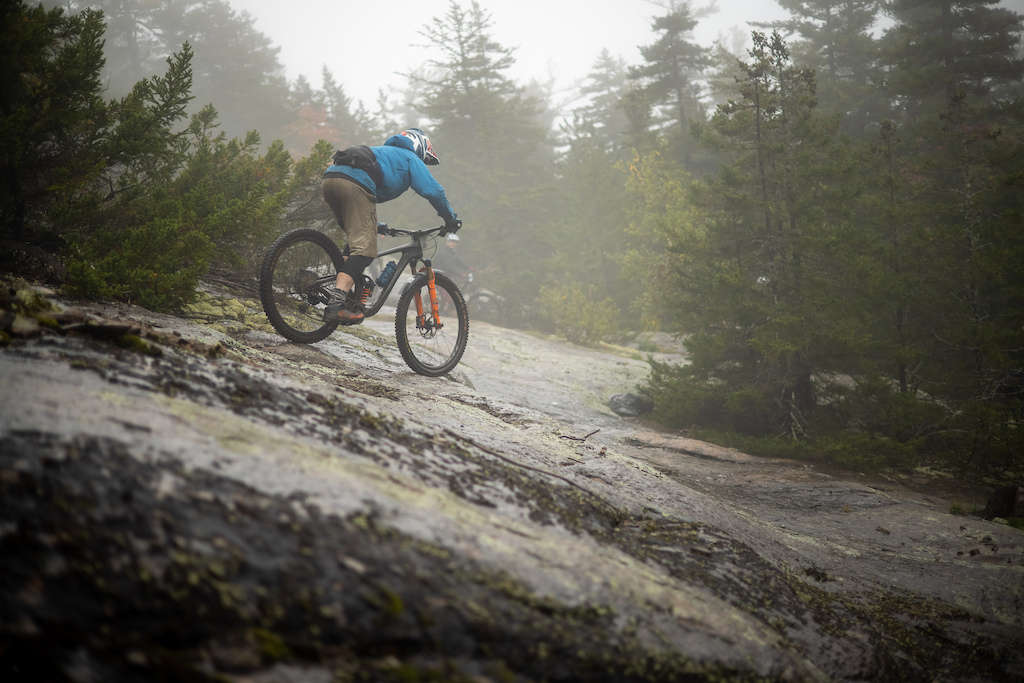 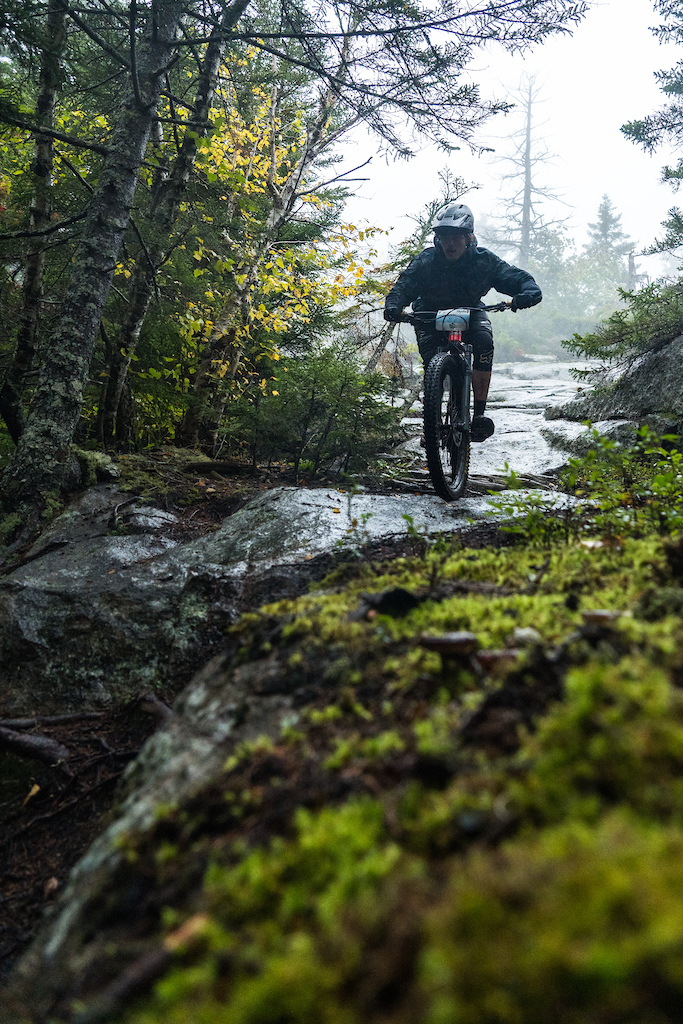 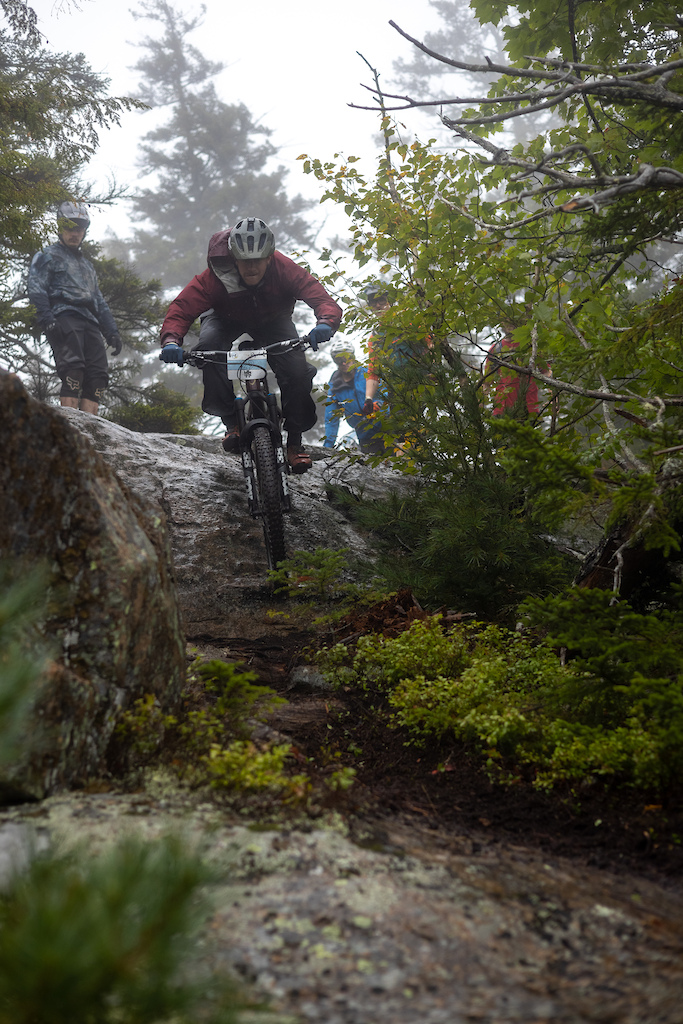 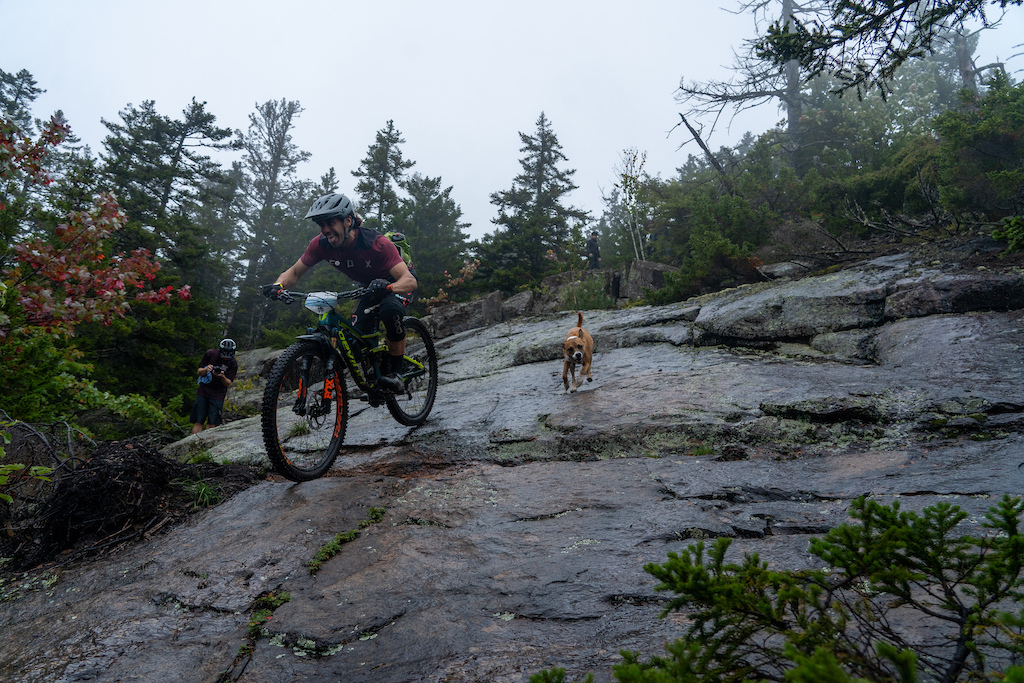 Bassil Silver leading the charge down the first of several highly janky sections of trail. 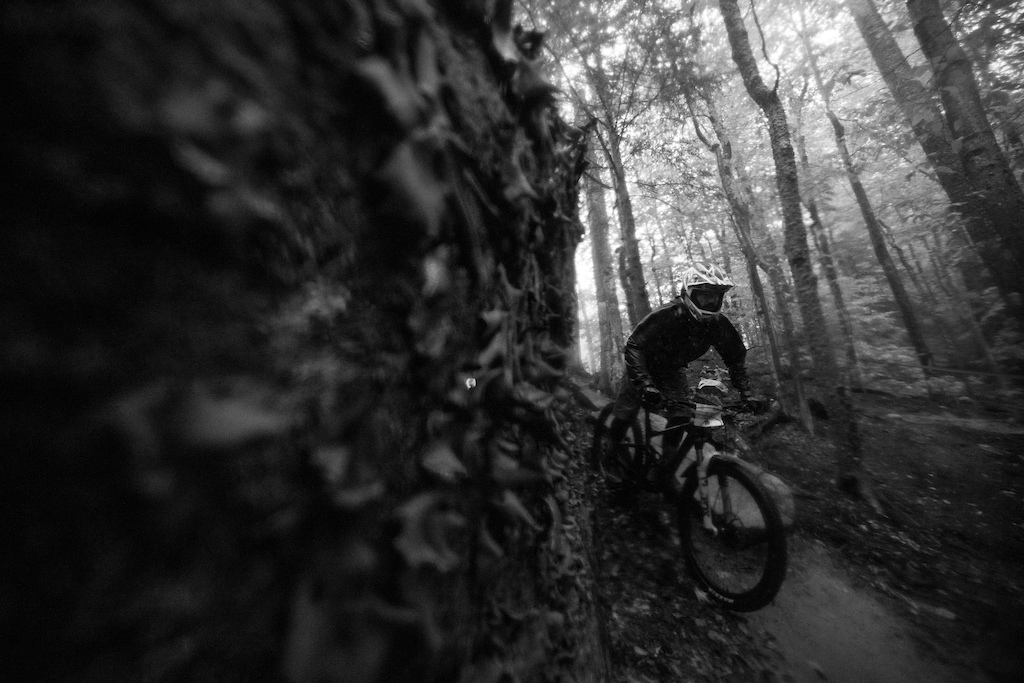 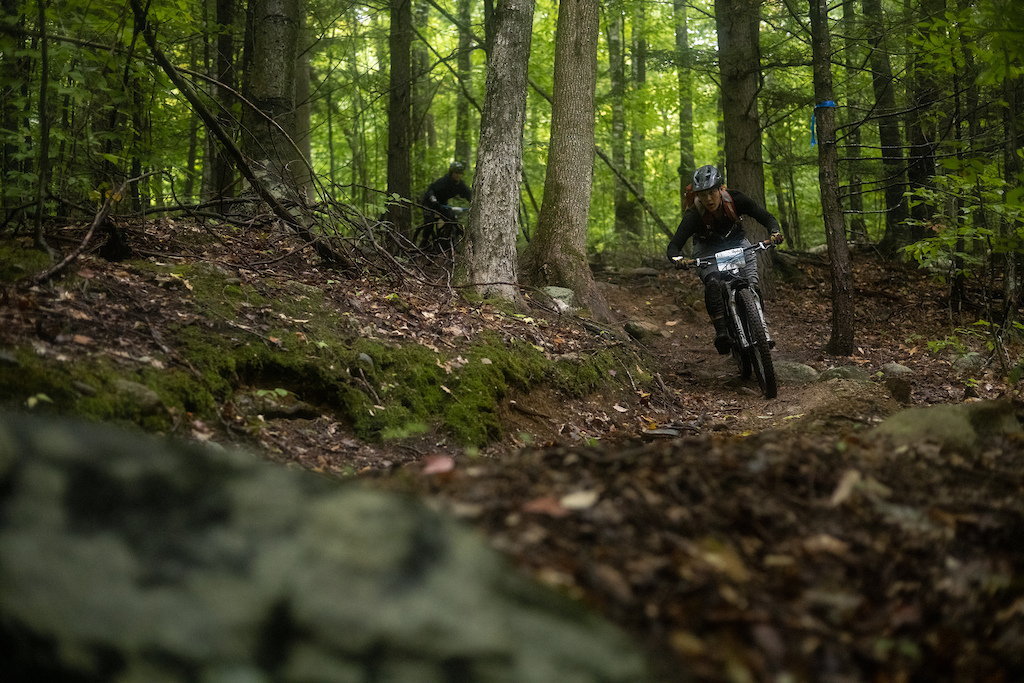 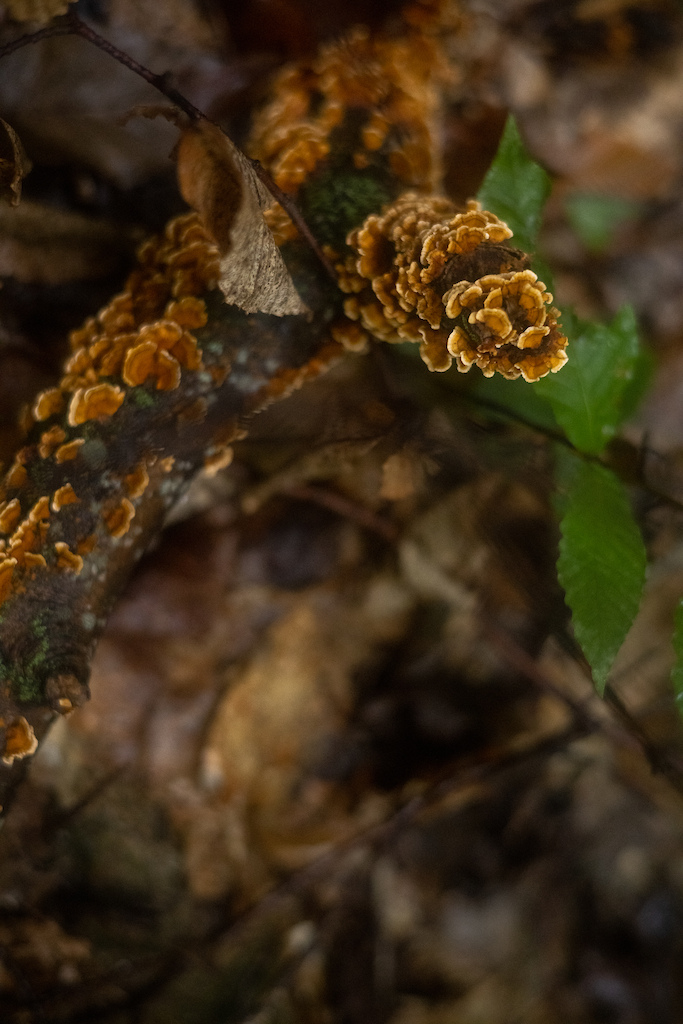 Moisture is the essence of wetness... 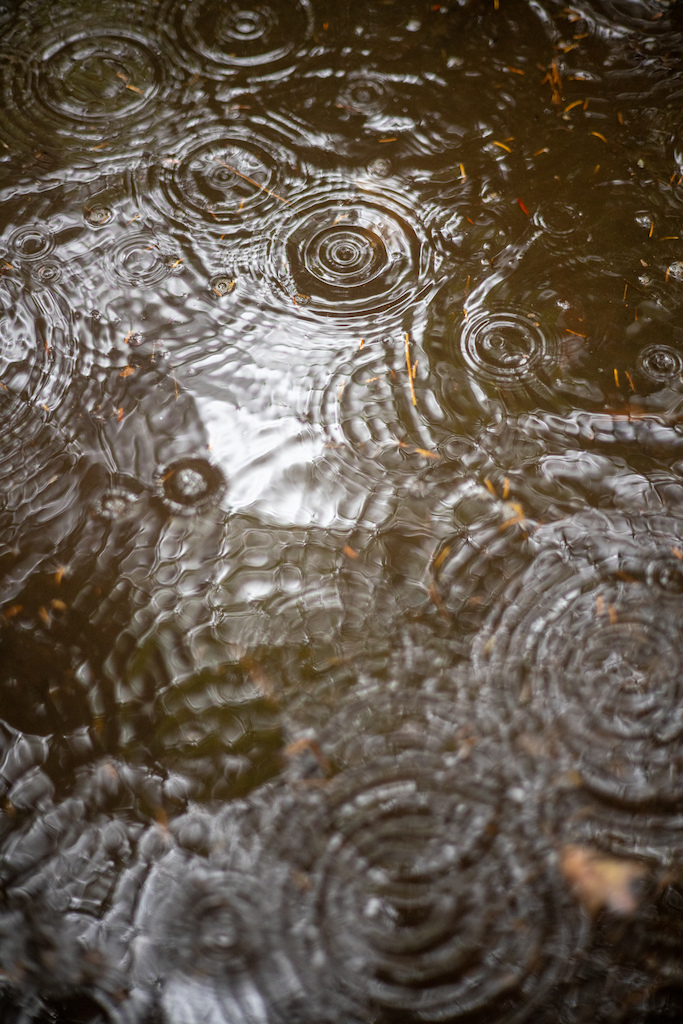 ...and wetness is the essence of beauty. 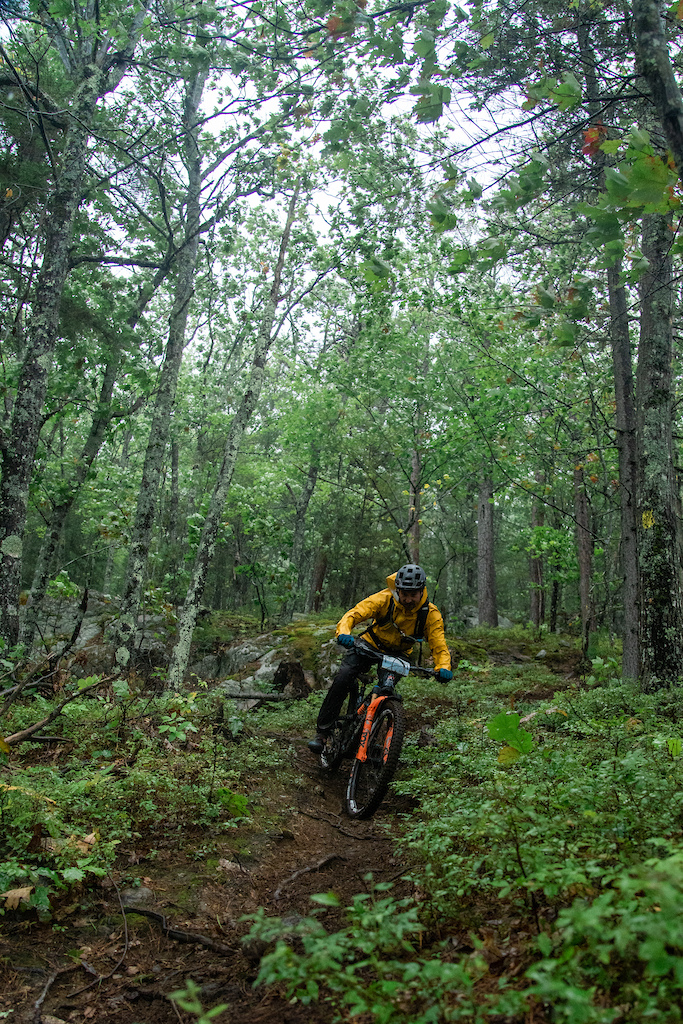 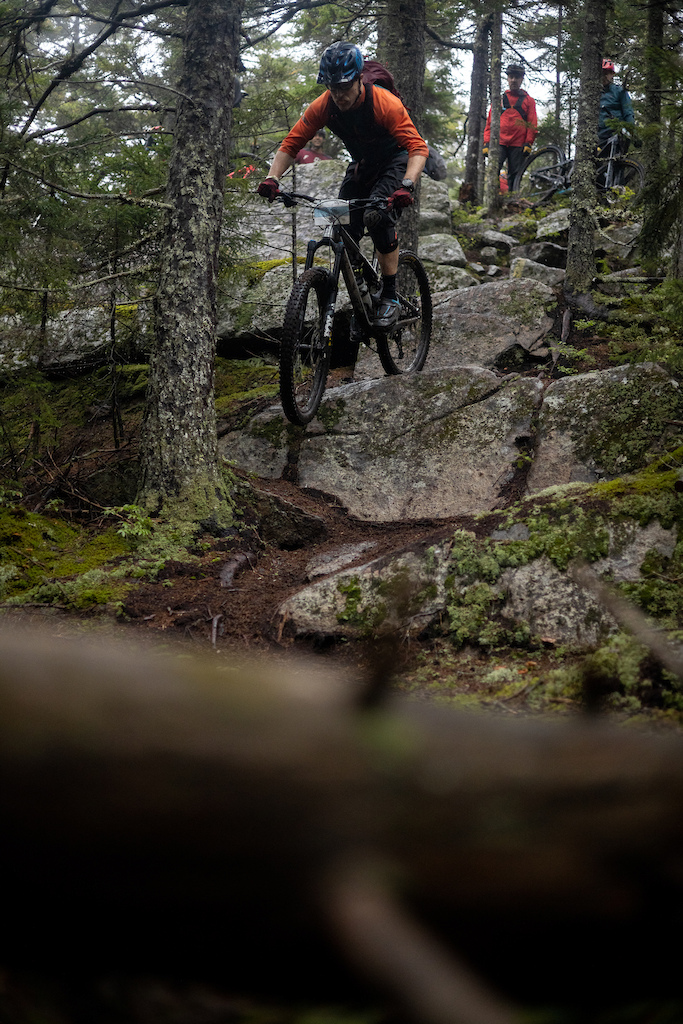 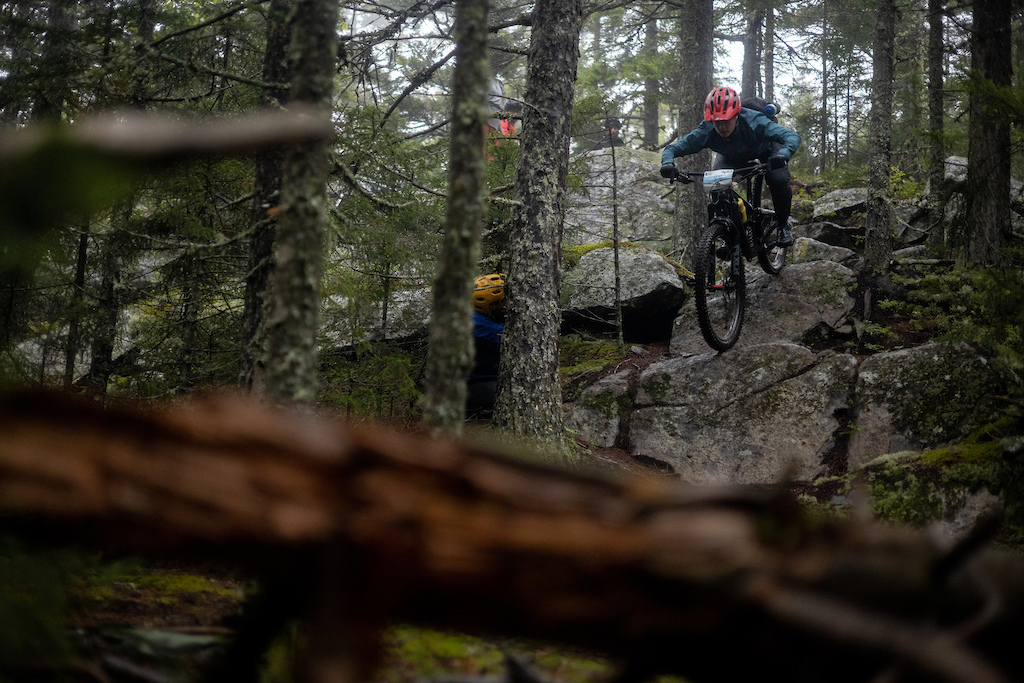 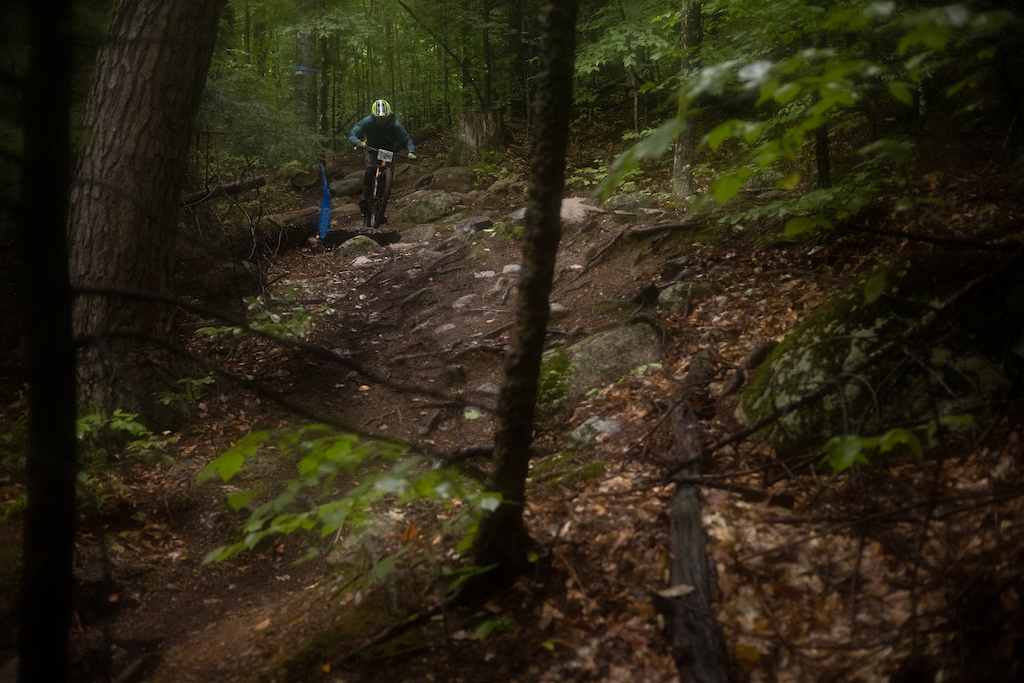 Aside from the wet slabs, wet roots, and decomposed granite, the dirt itself in NoCo was actually stellar that day. 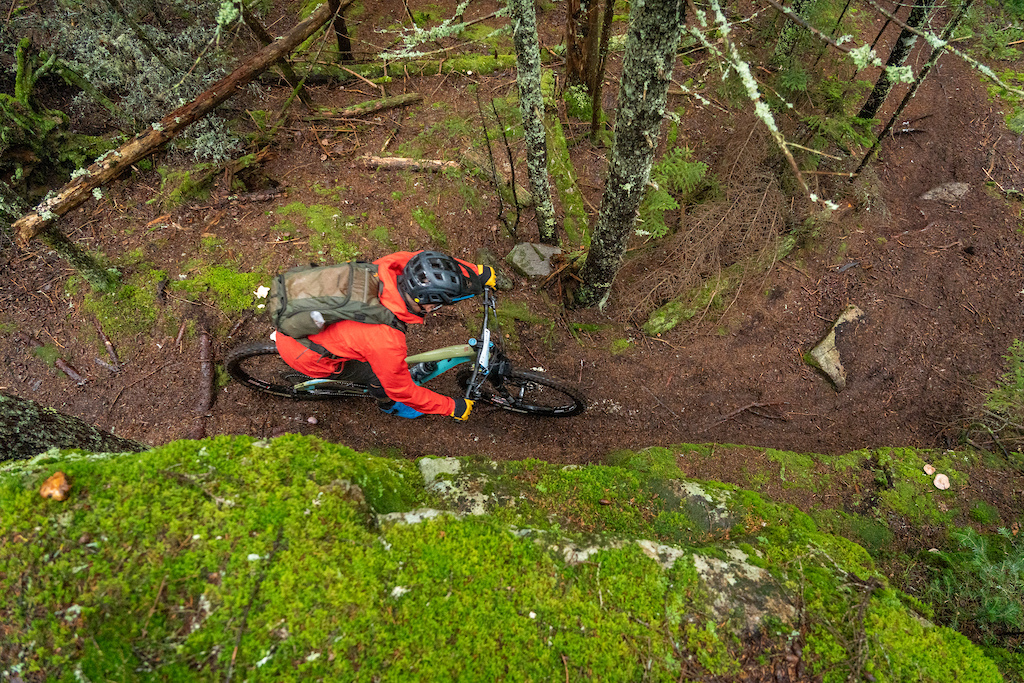 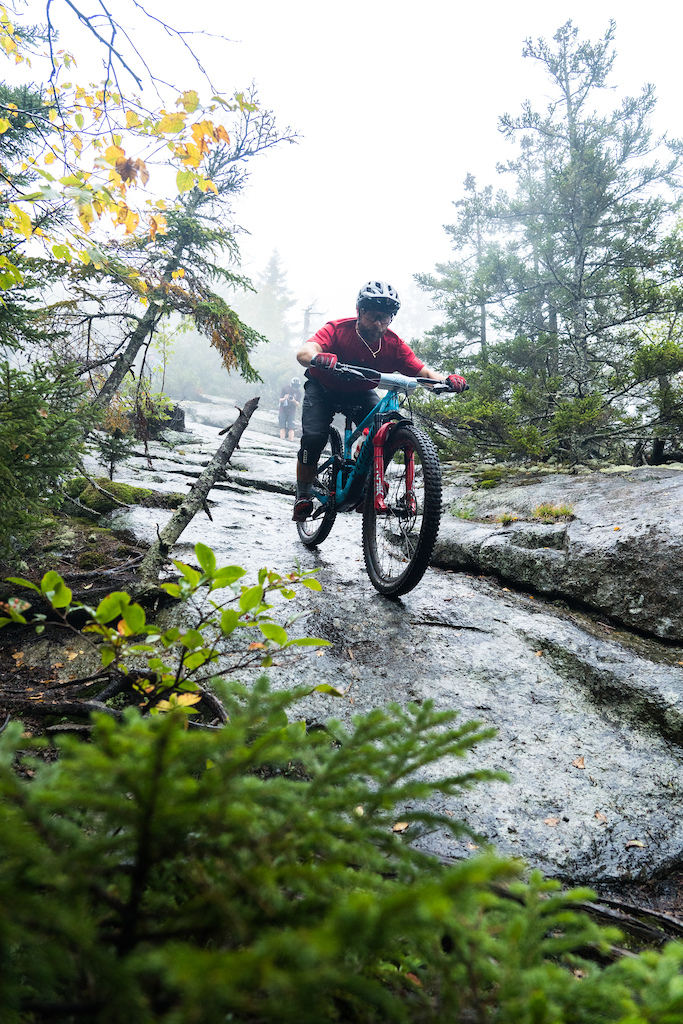 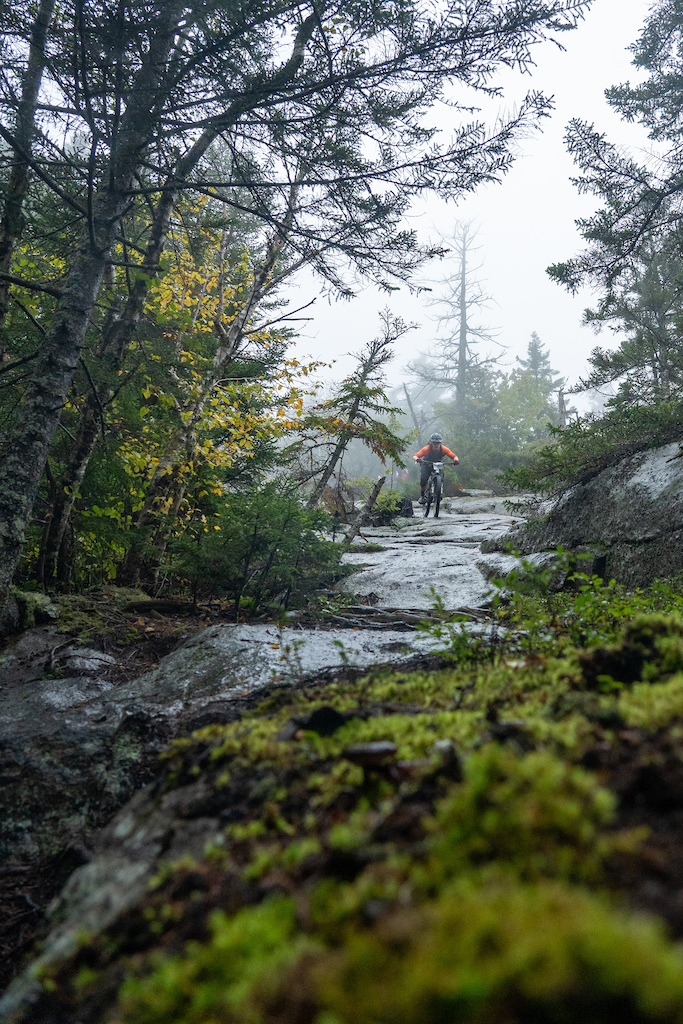 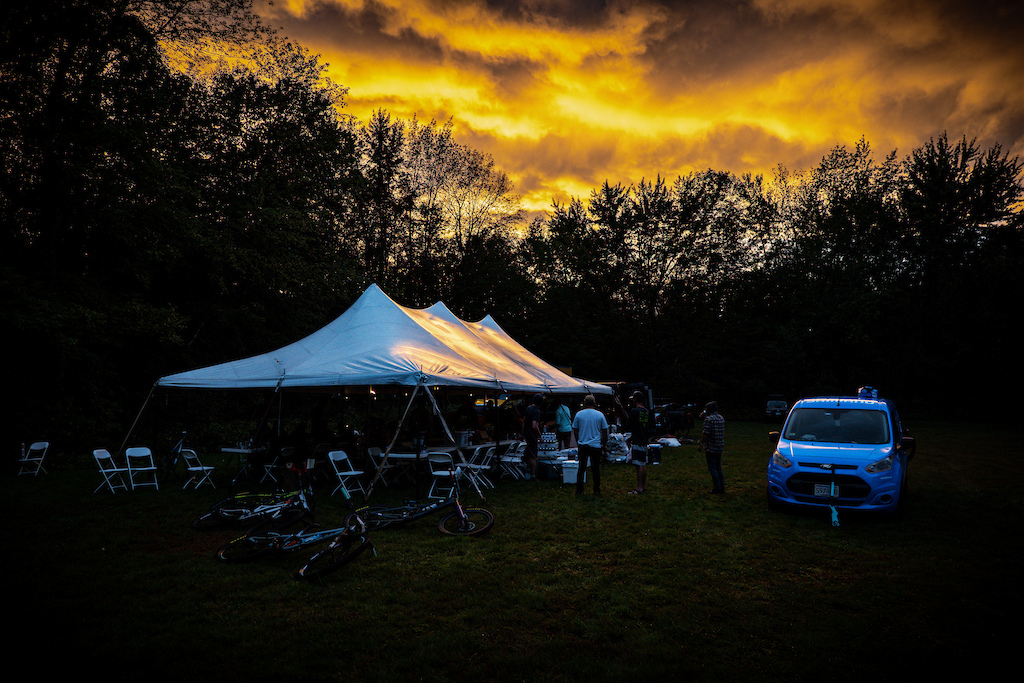 The skies cleared only after the racing was done for the day, but no one was complaining. 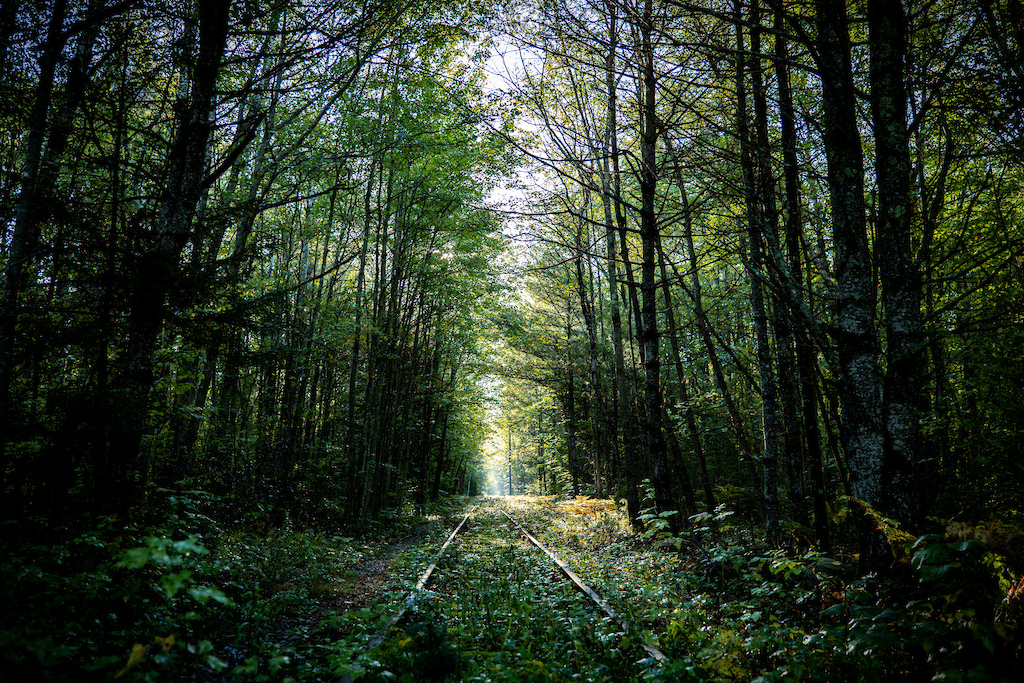 Oh and sick coverage as always. I hope this comes back next year definitively

Gregmurray50 (Oct 14, 2021 at 5:40)
These pictures feel like a very accurate representation of what the riding conditions in the north east were like this year. Kudos to everyone involved, looked like another sick event!

*Your results may vary, flow should be considered relative to New England standards.

rdive (Oct 15, 2021 at 7:02)
Matt uses only the finest beans aged in his sleeping bag to attain a certain nutty flavor. The press was manufactured by aerospace technologies and it's titanium press handles deliver approximately 13 megabars of pressure at a frequency of it hurtz. Matt only packed one T-shirt and one suit for the week in order to make room from the 3.3 kilo press in his one bag. Can confidently say that Matt is actually the true champion of trans NE.

BenReohr (Oct 14, 2021 at 8:01)
I briefly road with and watched a stage of the Trans-New England enduro crew last year at Cochrans by chance last year. The whole event looks like so much fun!