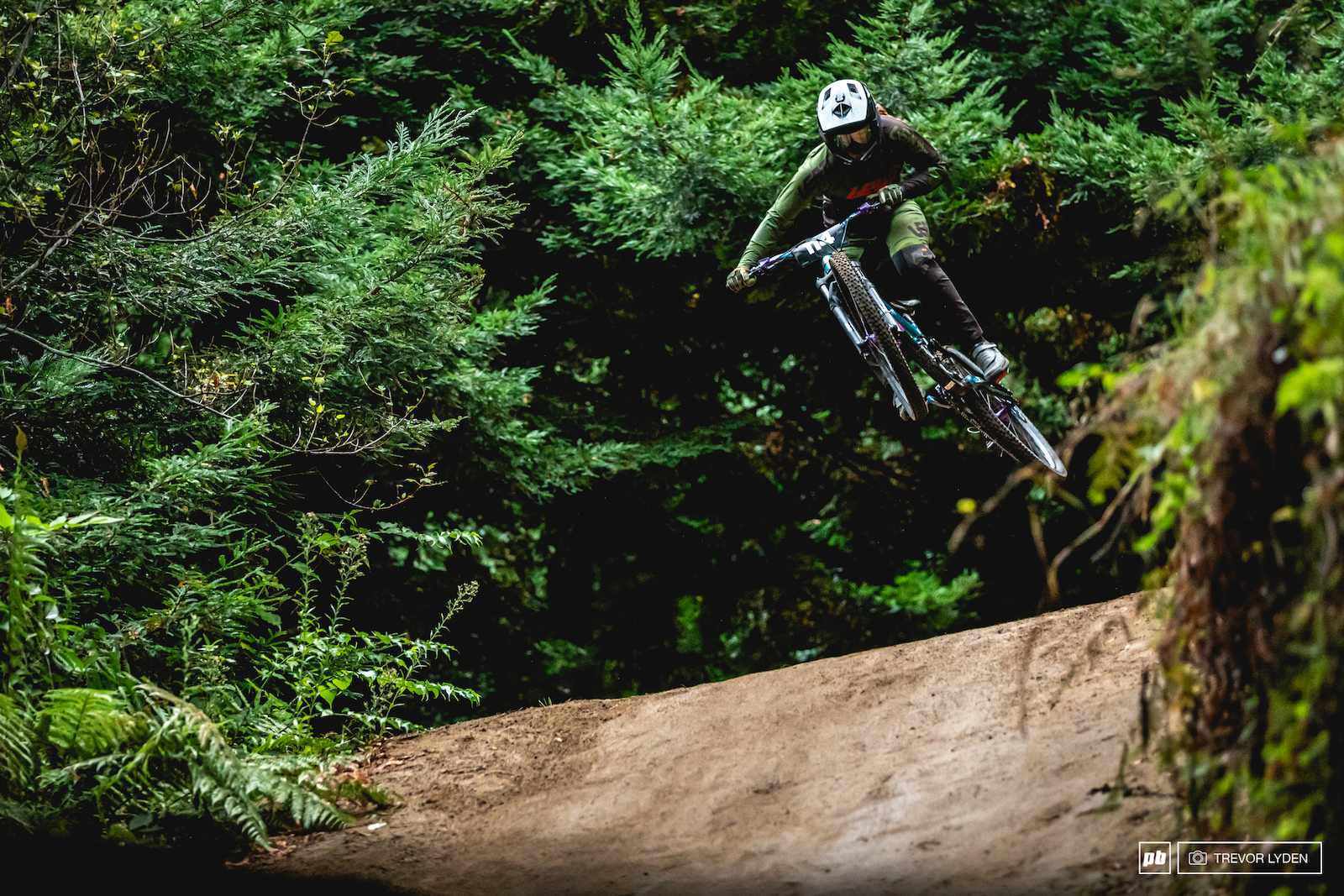 Photo Epic
A River Runs Through It
Air DH - Crankworx Rotorua 2020
Words & Photography by Trevor Lyden
While we were treated to an unusually dry Toa Enduro last weekend, the same could not be said for the Air DH that kicked off a packed program of racing at Crankworx Rotorua. After more than 50 days without rain here in Rotorua, some seriously heavy showers saw racers sheltering in their pits until the last possible moments but when they did leave them, they were treated to the 32 jumps of Mr Black, Skyline's answer to A-Line.

Jill Kintner made a winning return to Crankworx competition after a year's sabbatical as she cantered to victory in the women's race by a comfortable margin. Anneke Beerten trailed by more than 4 seconds in second and last year's Queen of Crankwrox, Vaea Verbeeck, collected a healthy points total in third. In the men's race, Sam Blenkinsop emerged fastest of the bunch as he surpassed 4X legend Tomas Slavik and fellow Kiwi Matt Walker to top the podium. 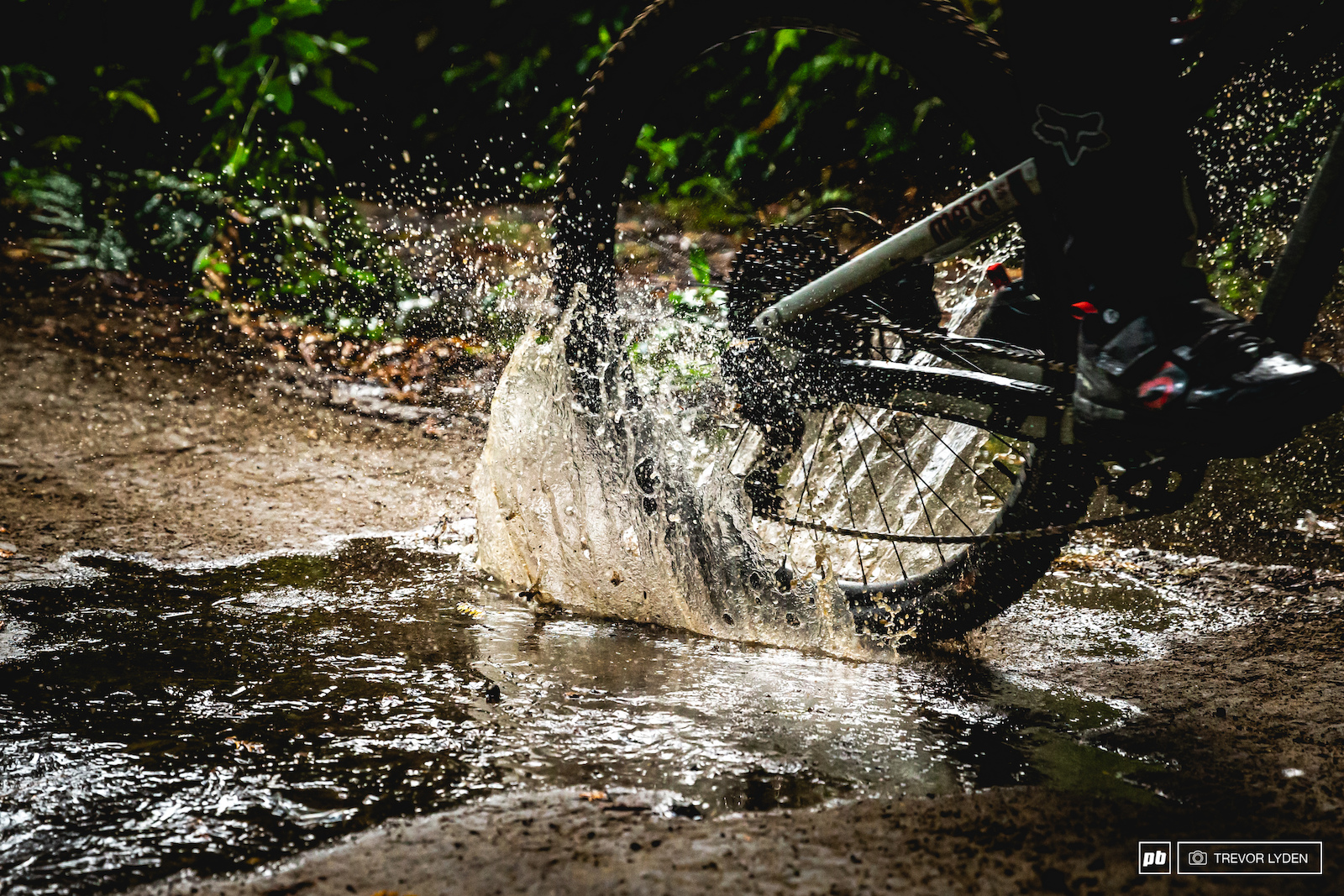 Rain dampened the party in the woods for the Air DH. The hardpack held up well though save for a few scattered puddles. 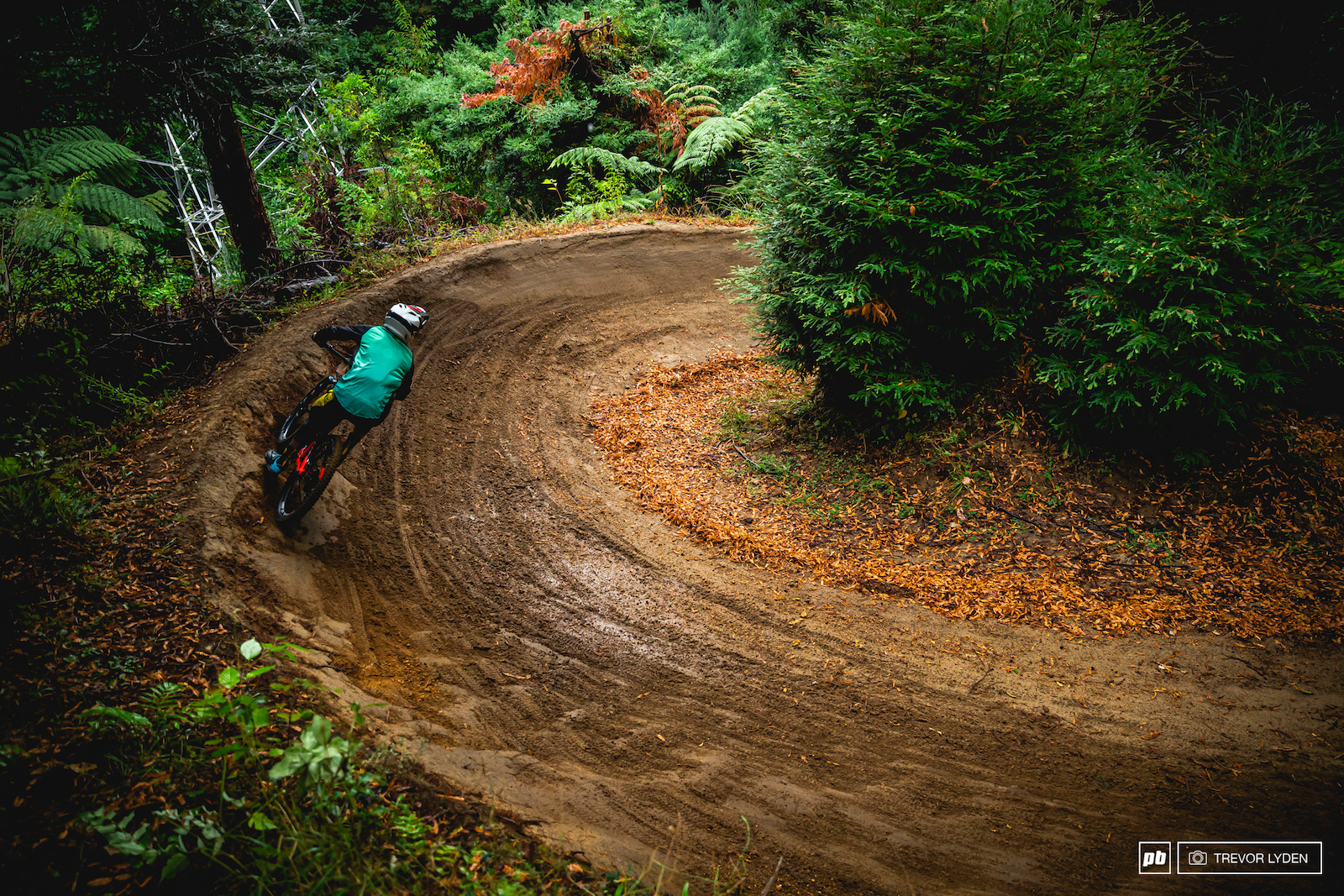 Jumps for show, turns for dough. The jumps may be the star of this race but plenty of time can be made in the end-of-season, braking-bumped turns. 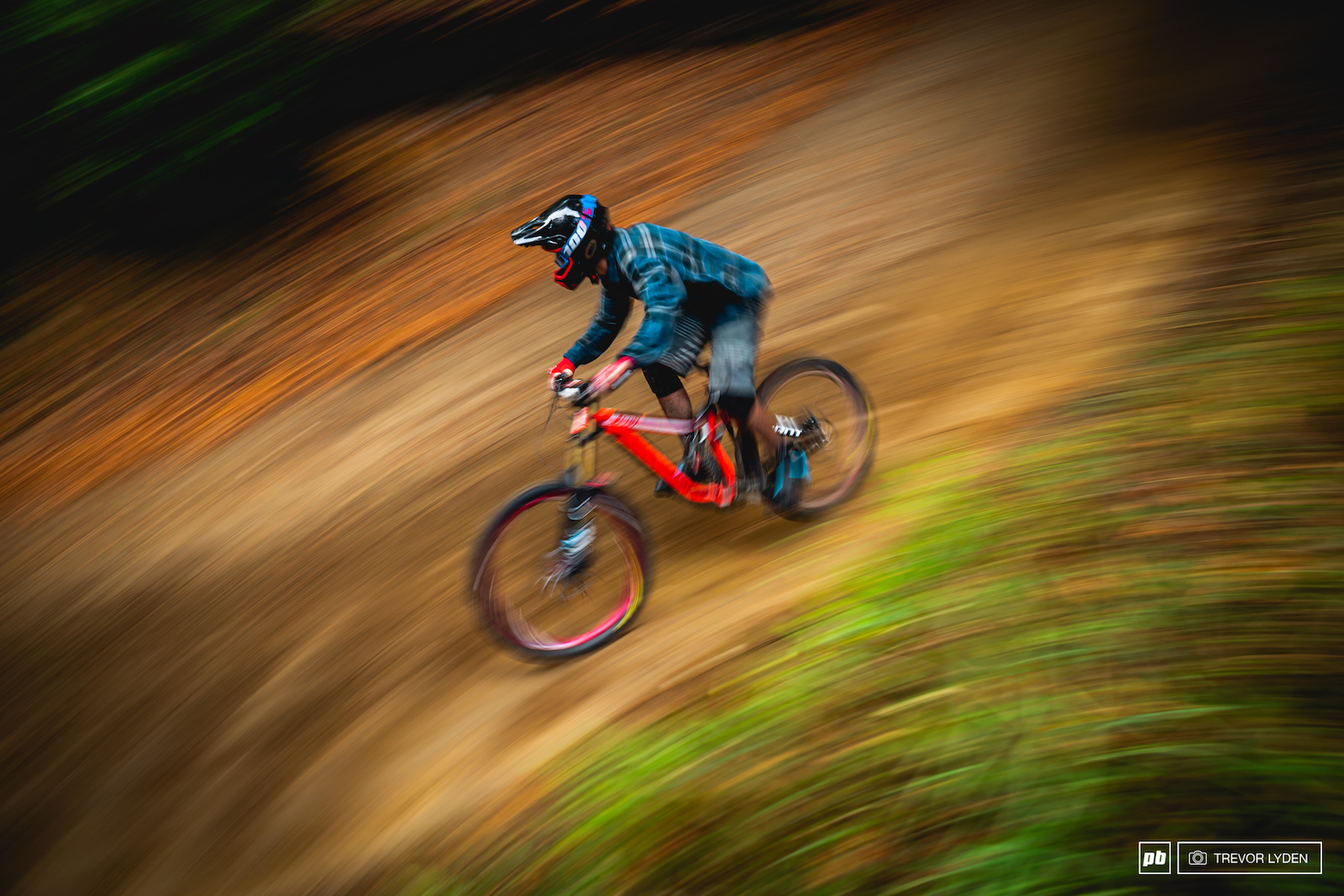 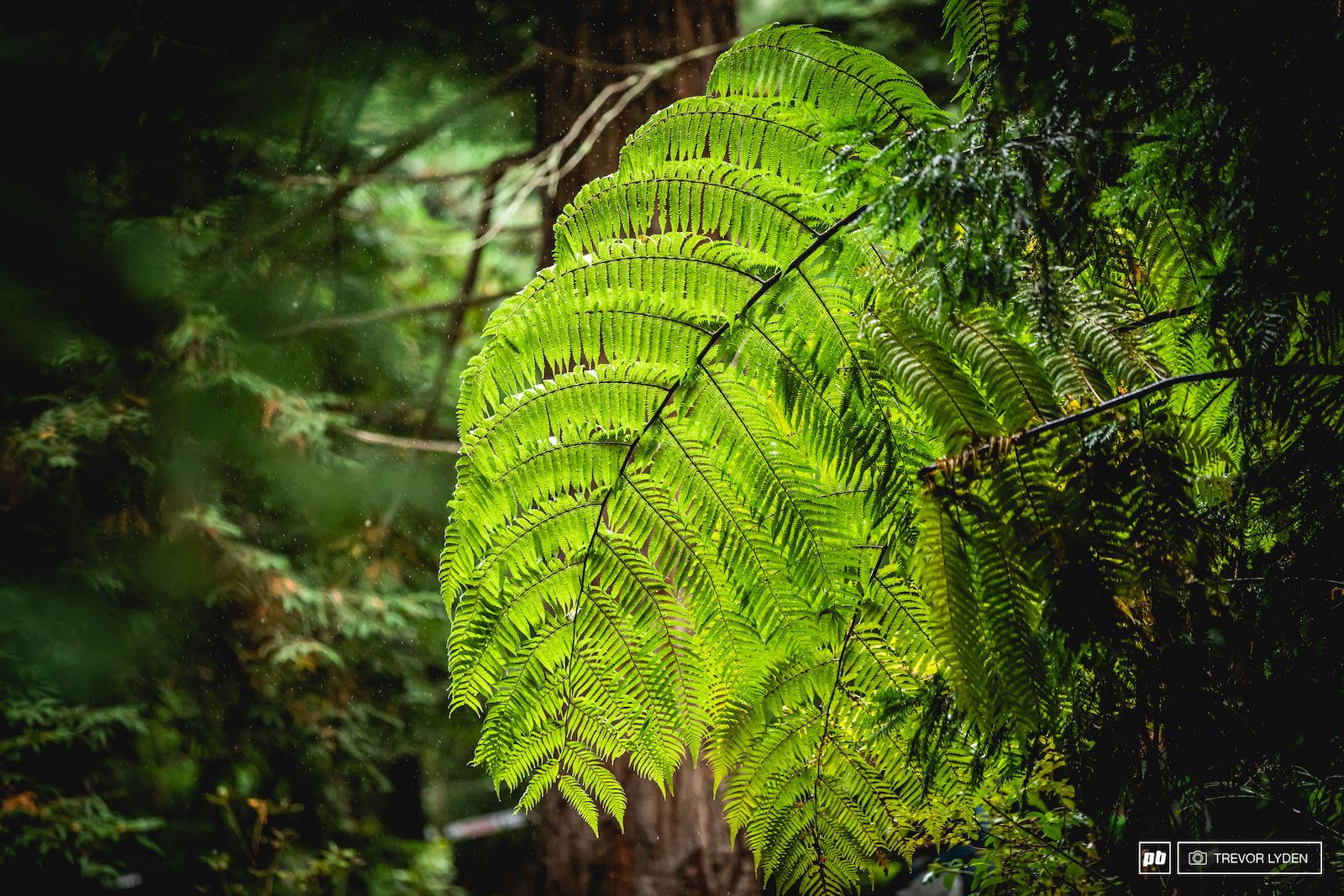 There's no mistaking where we're racing. 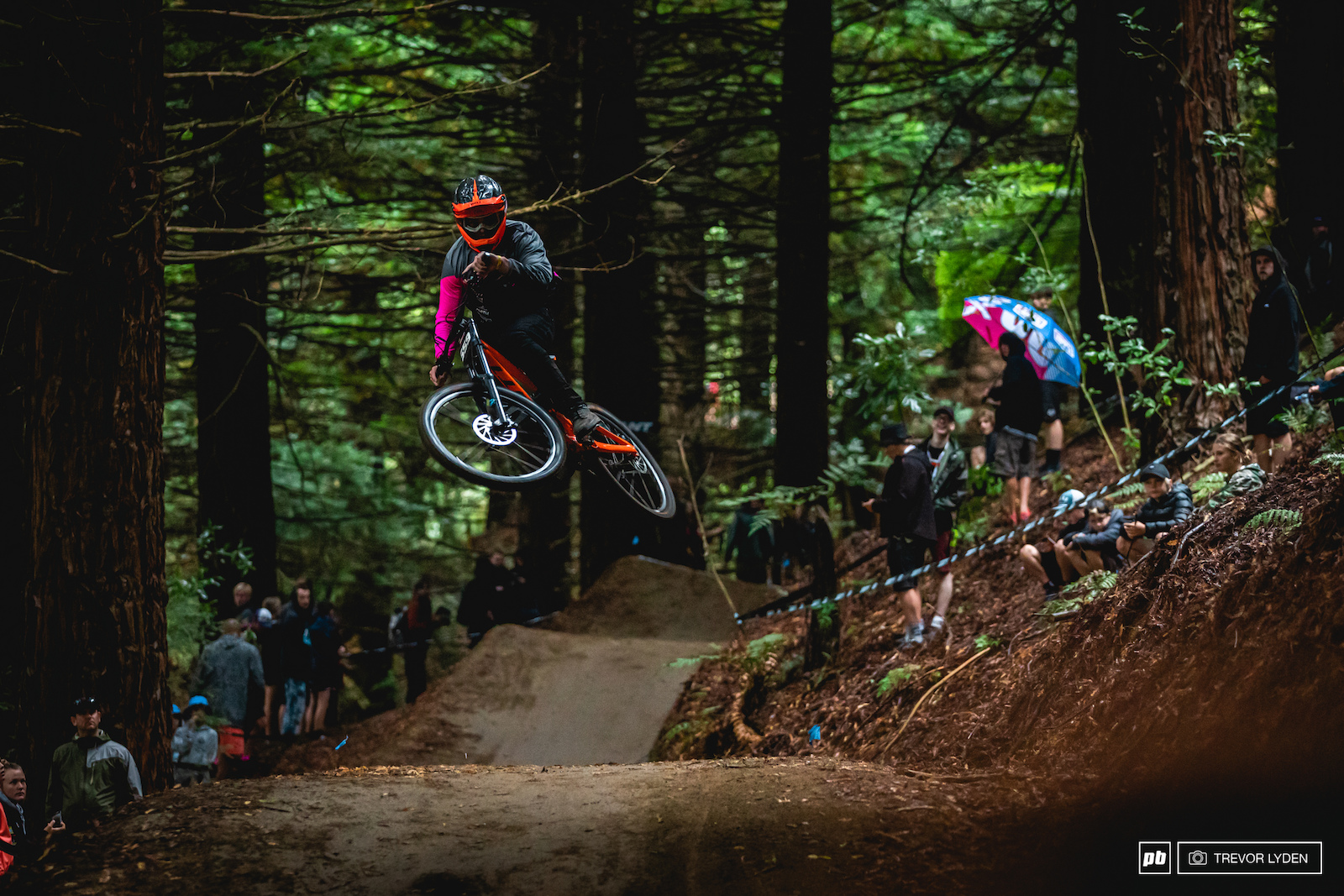 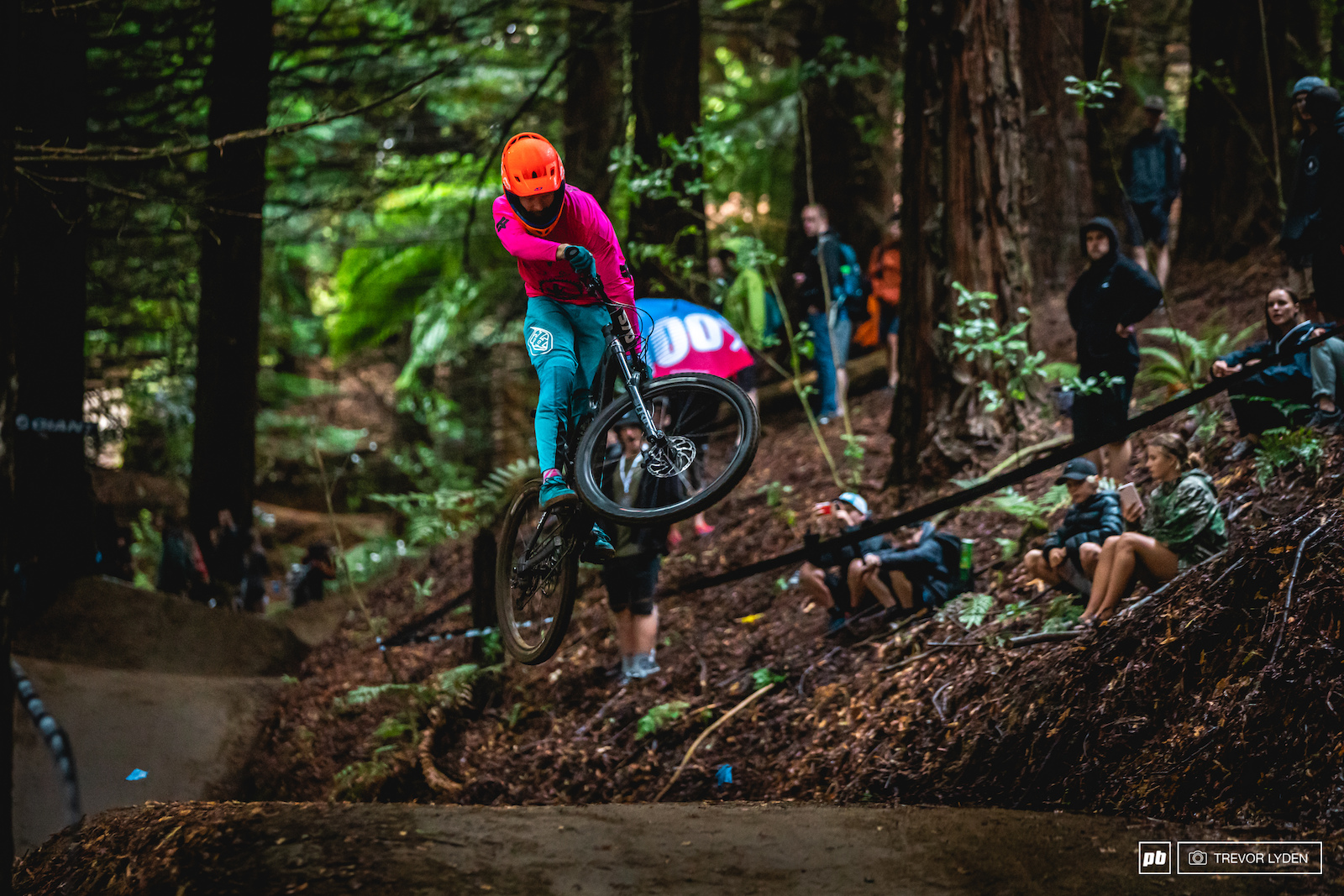 There was plenty of style down the ranks. Paul Foley and Keiton MacDonald flow through the tables 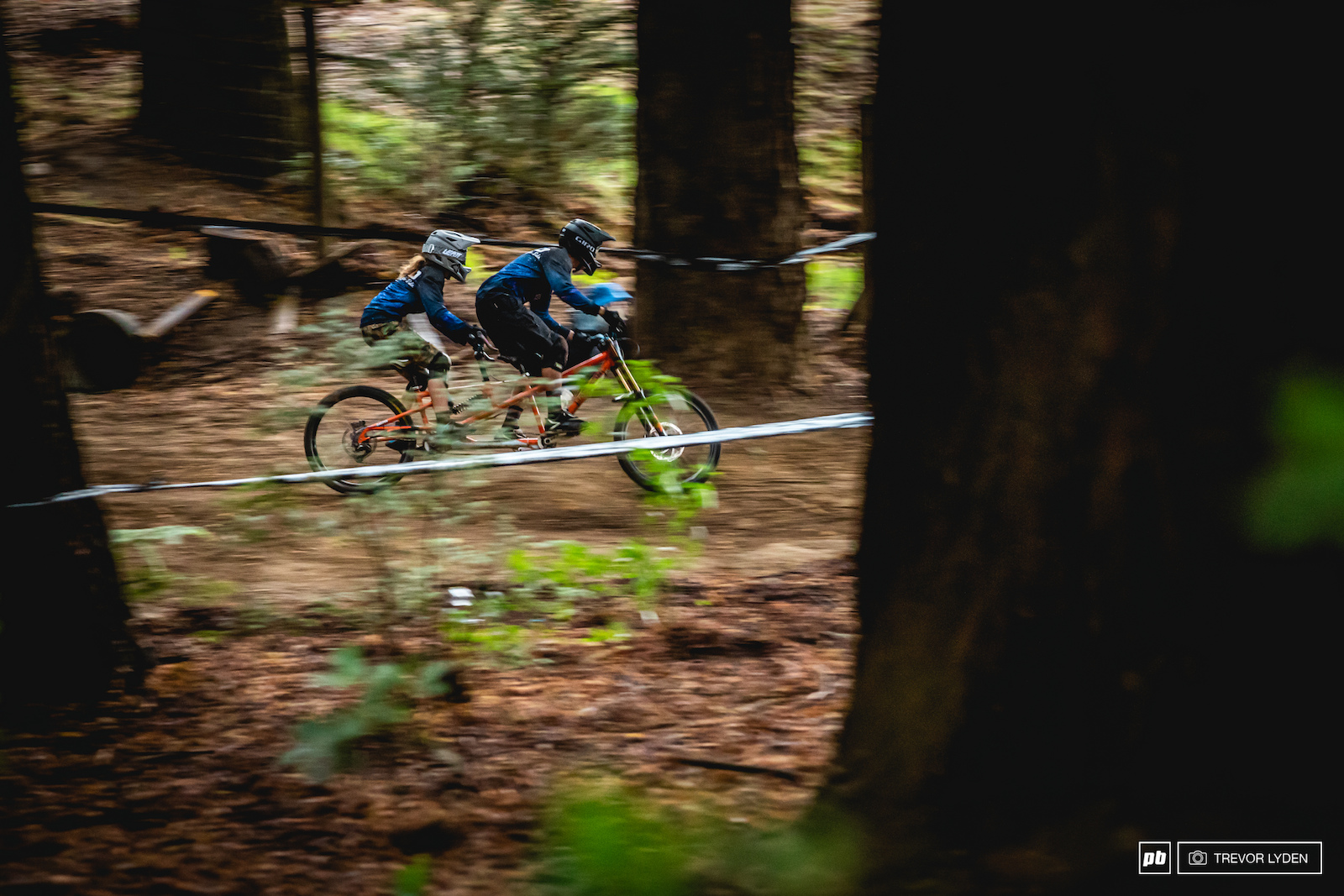 Will they be in every photo epic we post from Rotorua? Let's hope so. 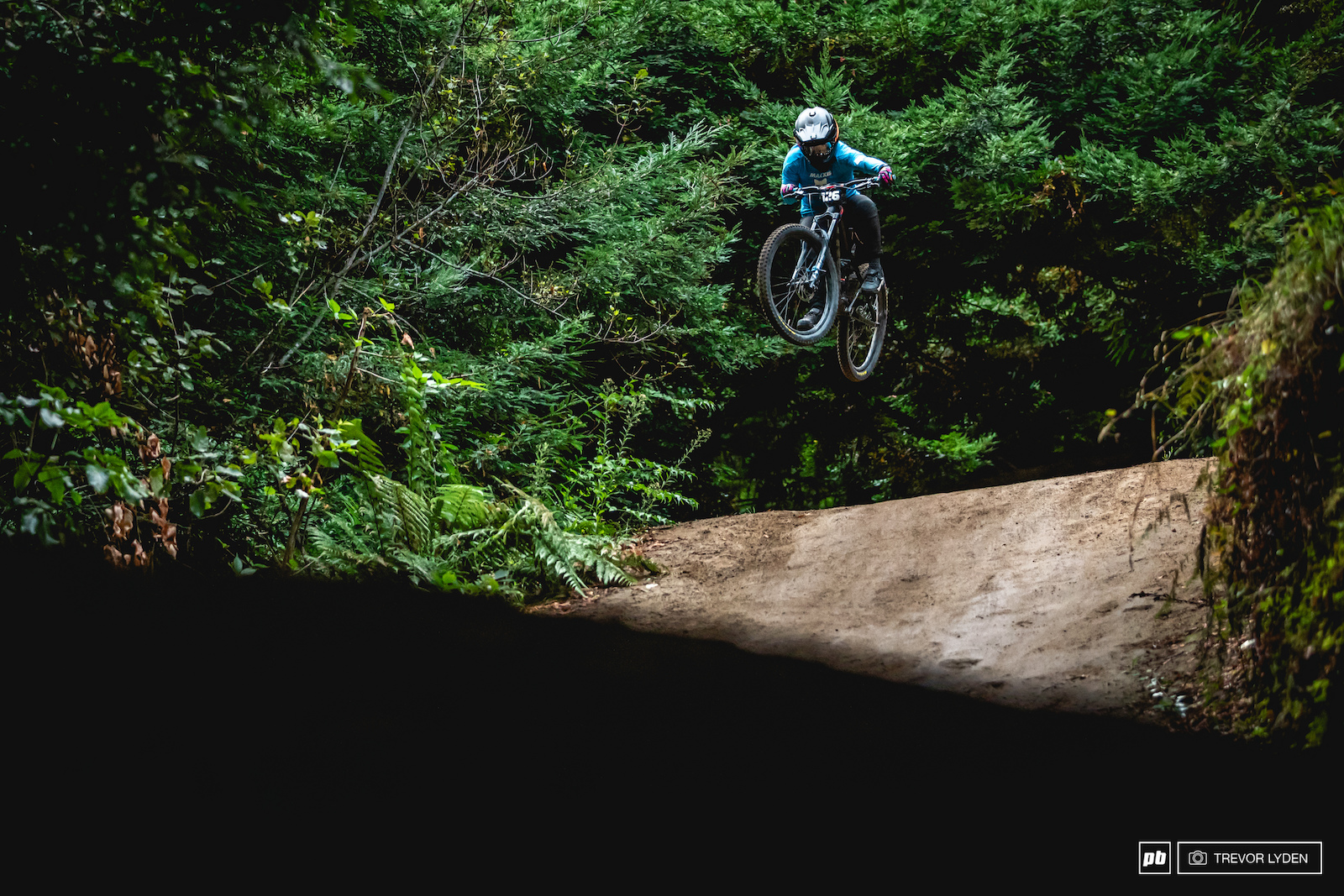 Harriet Burbage Smith was the first of the pro-women to drop and set a bar that saw her round out the top ten. 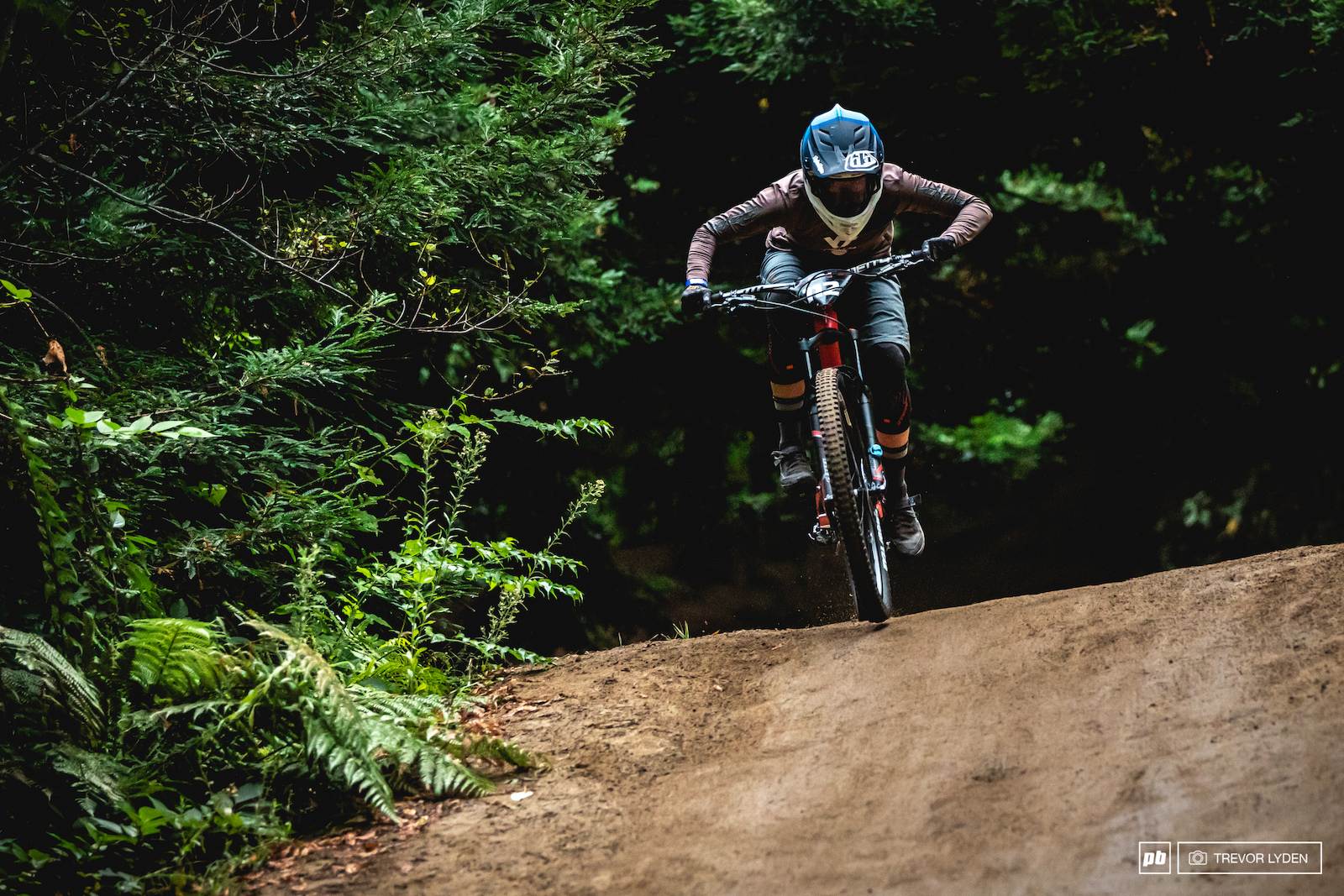 Ashley Bond on the power as soon as her wheels touch the ground. 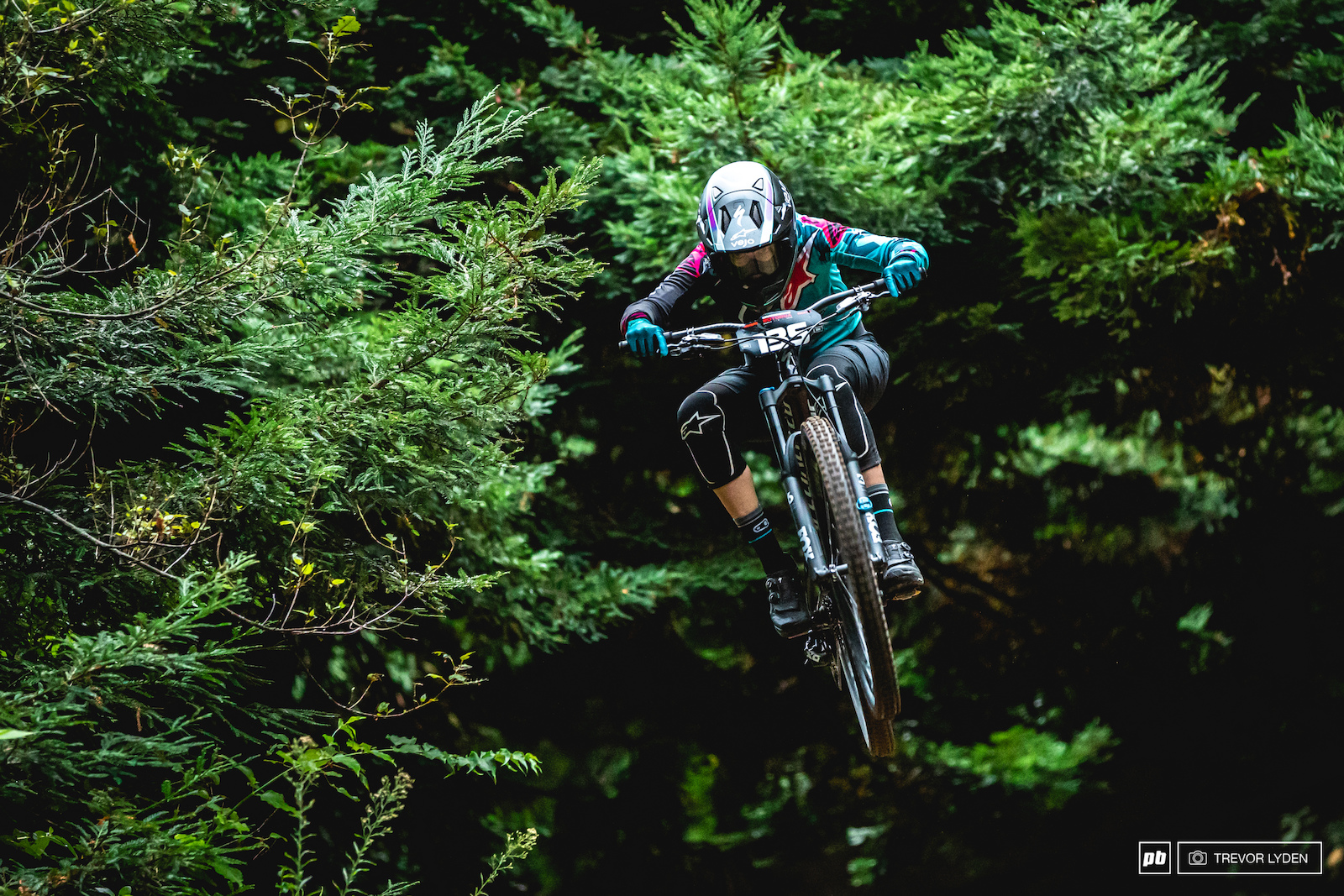 Anneke Beerten made a strong start to her Crankworx campaign with a silver medal. Expect to see her pack out her schedule with pretty much every event possible this week. 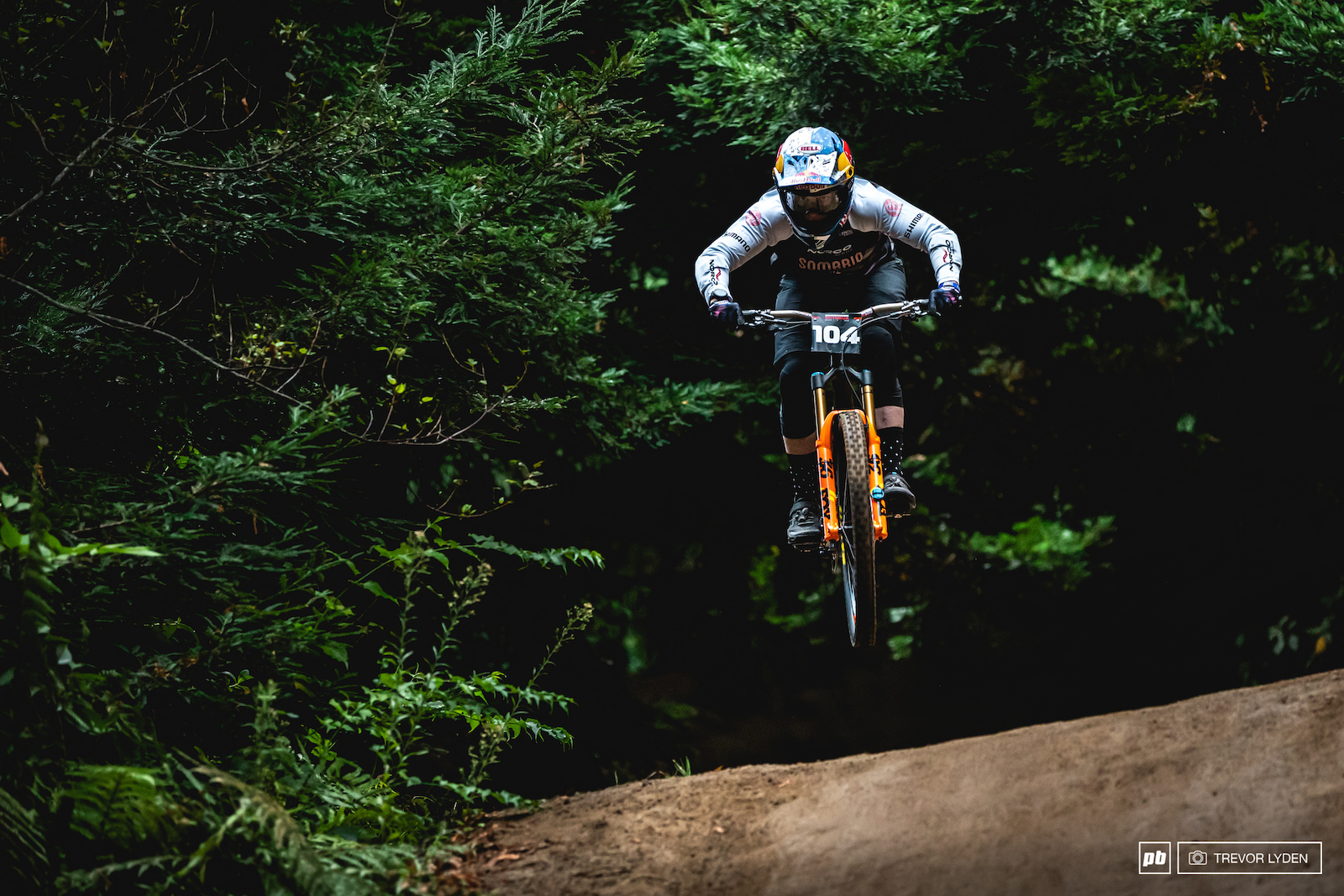 Back to claim her crown, it's like Jill has never been away as she fired herself to the top step once again. 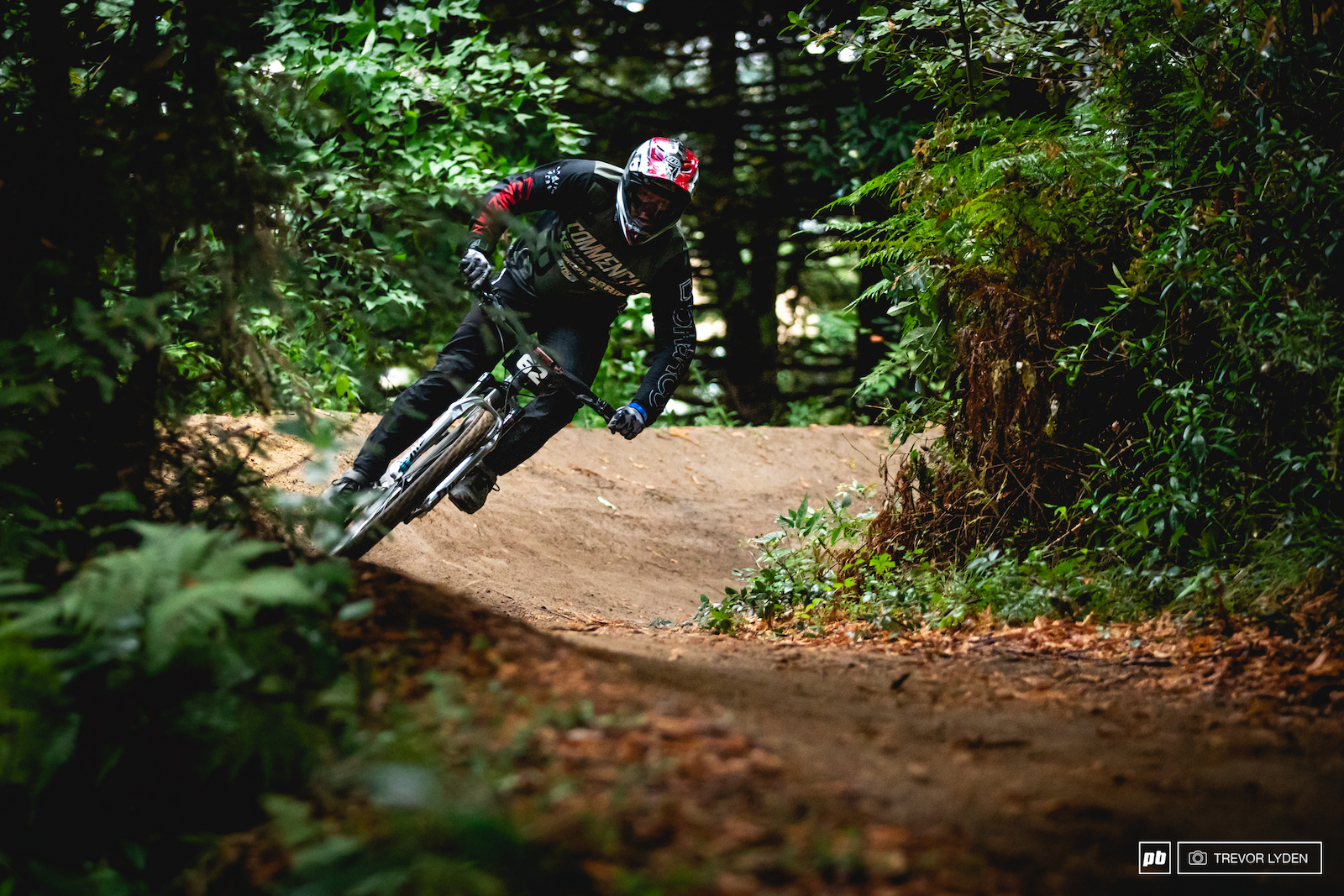 Kyle Strait put daylight between himself and some of the EWS and World Cup cream of the crop bringing back memories of his own World Cup racing days a decade ago. 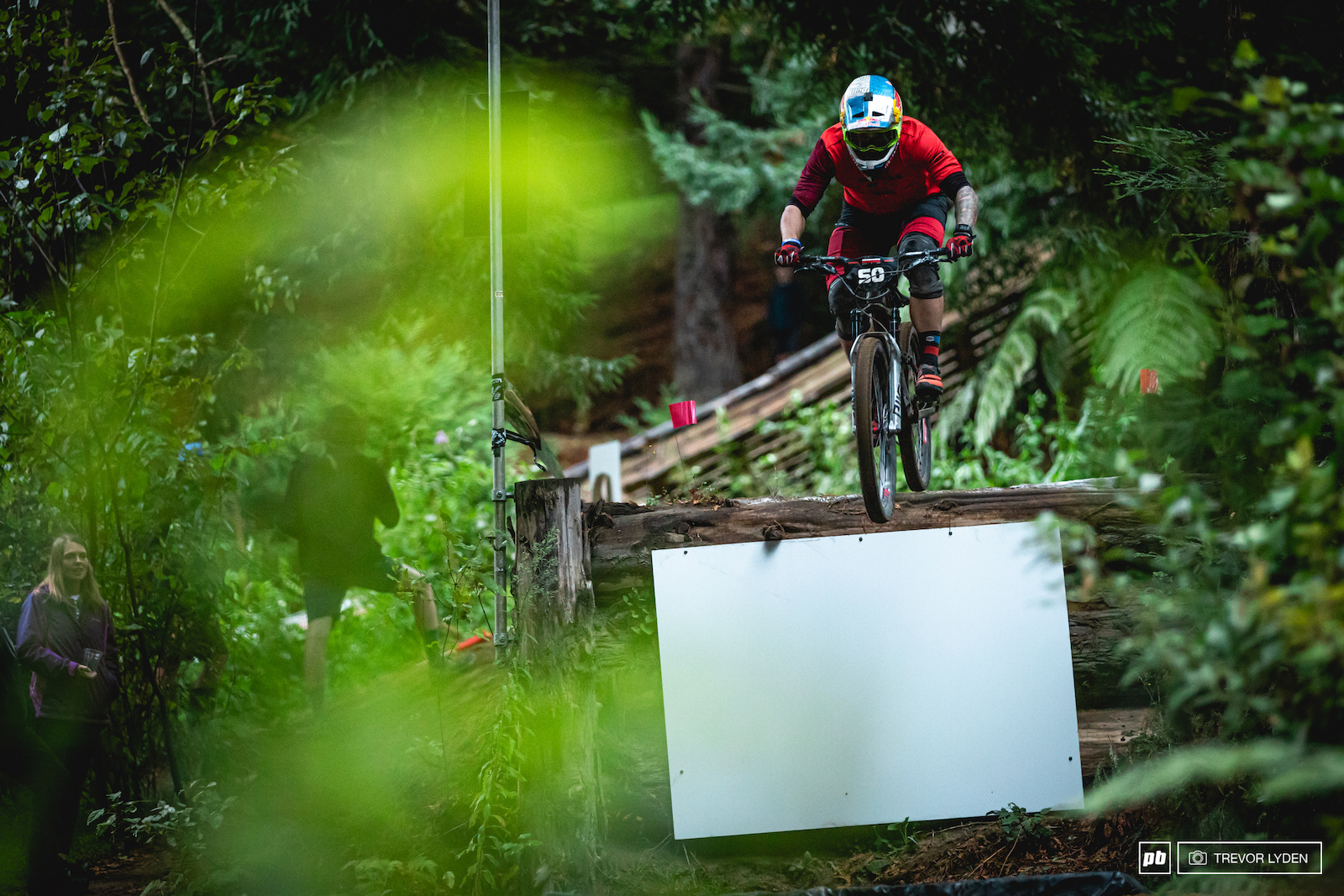 Tomas Slavik's 4X muscle memory must surely have come into play as he flew to second place, just three-quarters of a second off the win. 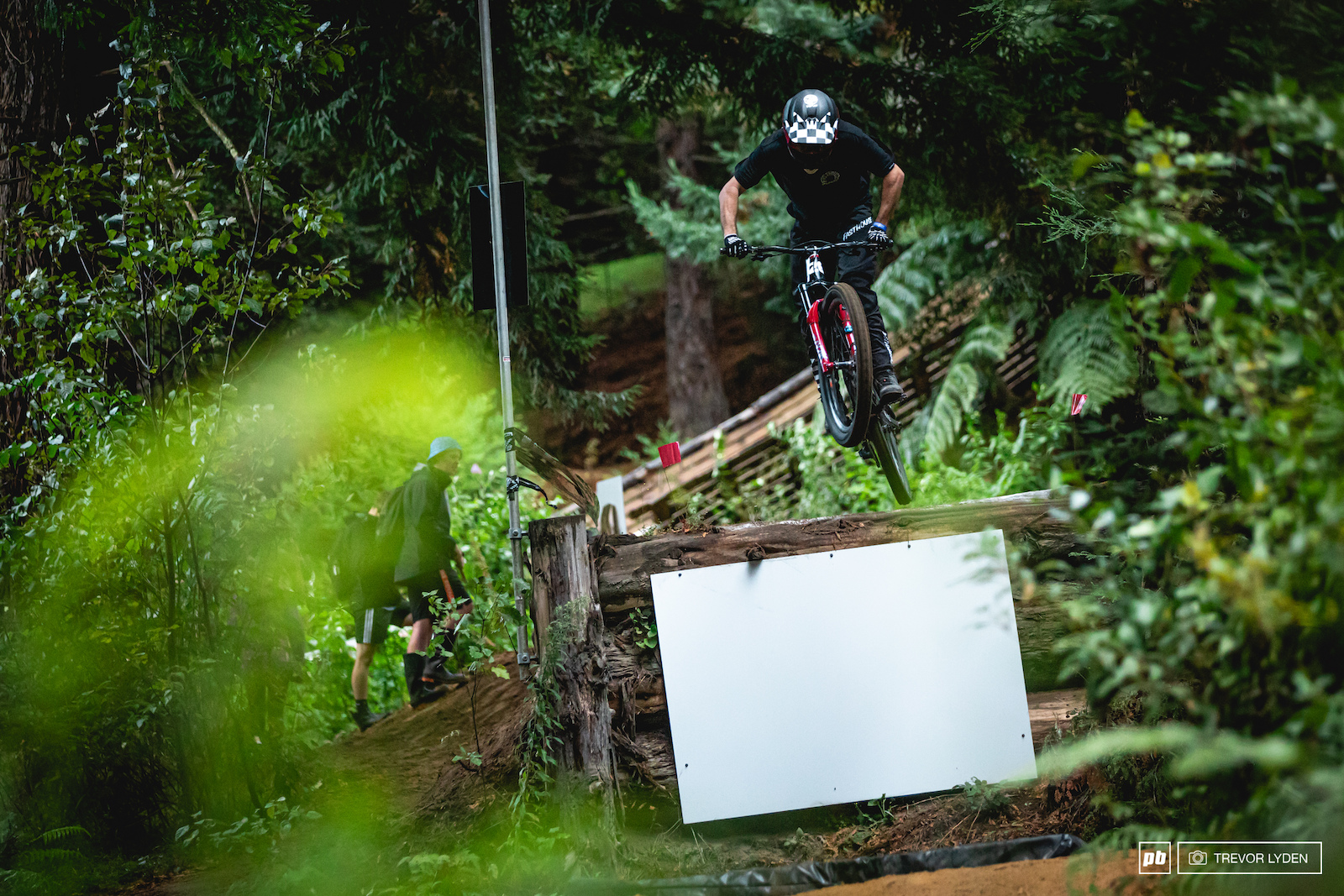 R-Dog finished back in 42nd but he looked damn good doing so. 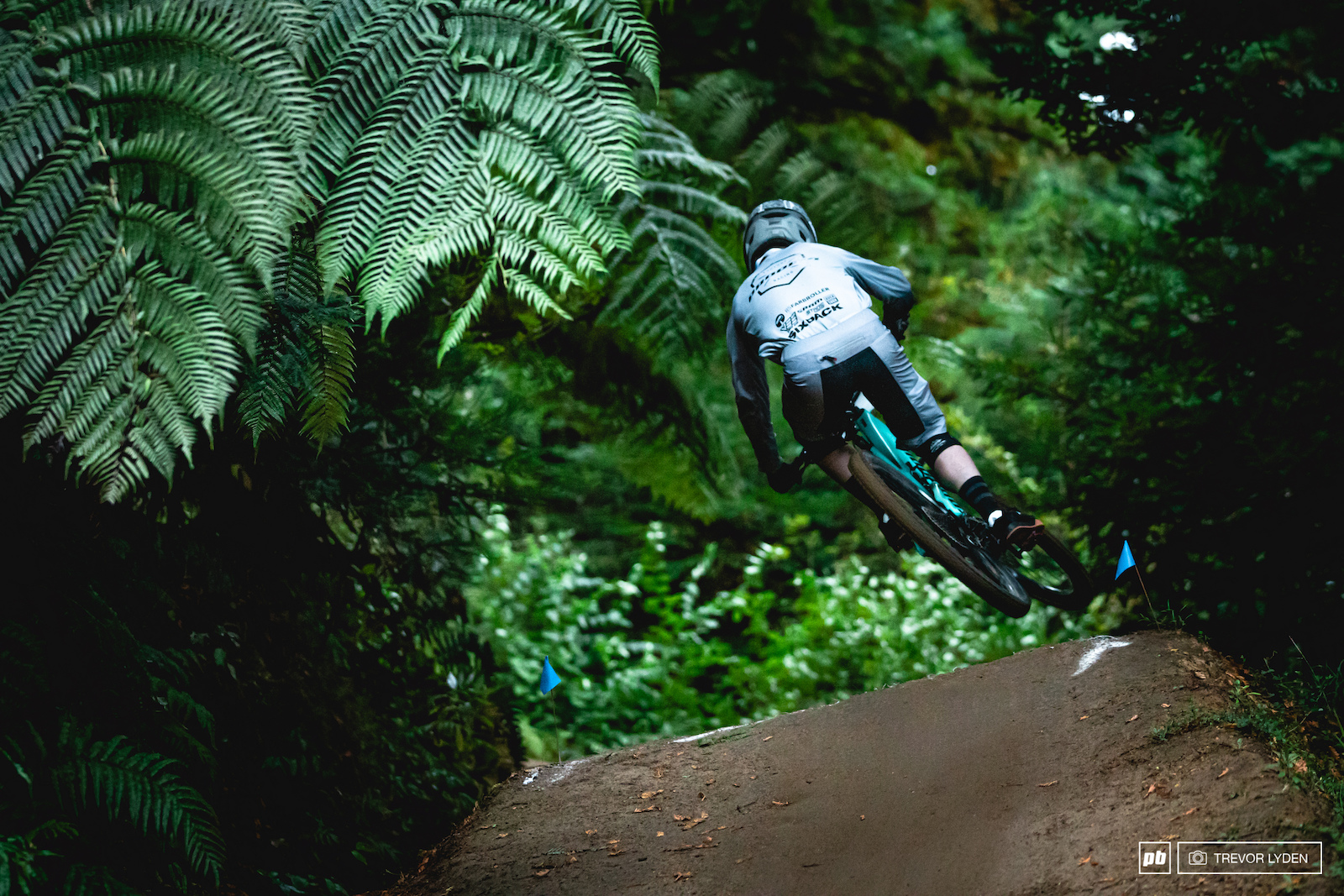 George Brannigan in his first big race in Propain colors on his way to bringing home a top ten. 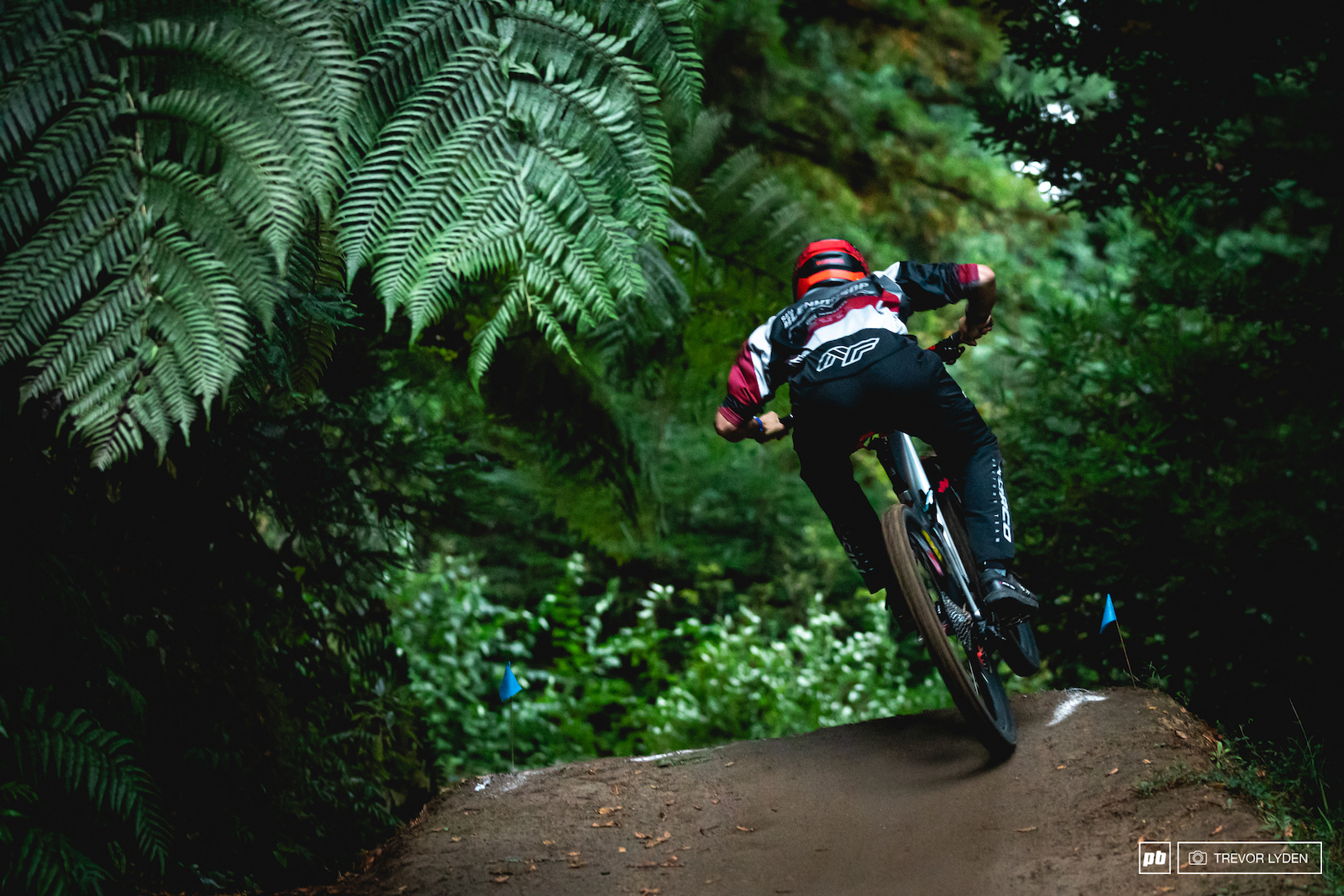 Blenkinsop keeps it super low as he approaches the finish line. 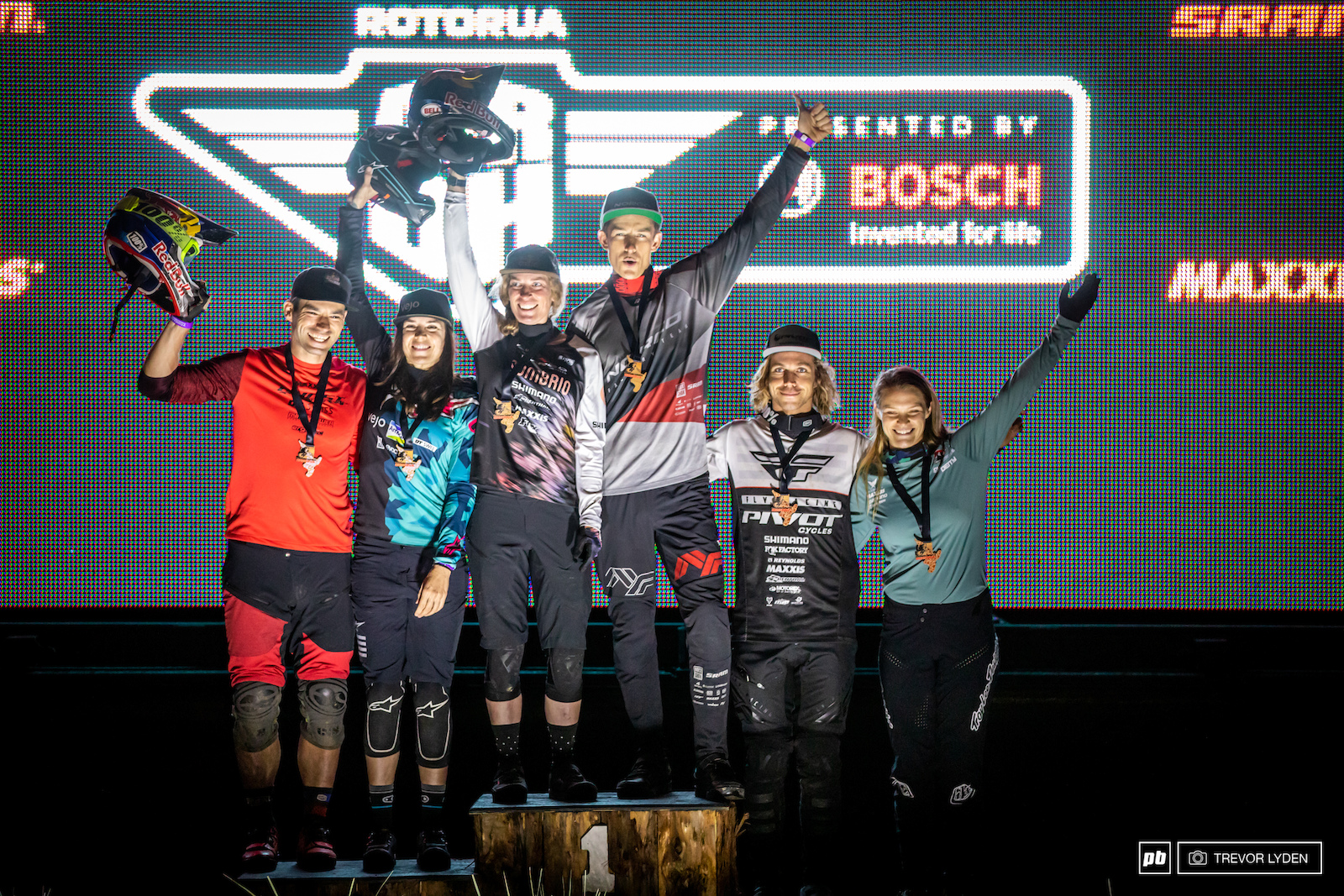 jacks0n0 (Mar 4, 2020 at 14:09)
@laksboy: Yeah, pretty pleased with that. Our time would have put us in the top half of the 40+ feild, where Jackson would otherwise race, and just below top half of pro women, where Rose would race.

jacks0n0 (Mar 4, 2020 at 14:14)
@enduroNZ: It usually works out that way. It's much easier with the taller, heavier person at the front, which is most often a bloke. We switch around for very easy riding, but Jackson is just too heavy for Rose to hold up while riding tricky stuff.

blackapturphoto (Mar 4, 2020 at 20:27)
@laksboy: you can check out blog.blackapturphotography.co.nz/tandemdh for a blog post of them hitting jumps and drops!

maybe it's blank on purpose so every rider can put their own sponzor logo to promote?

AandO (Mar 4, 2020 at 14:18)
I love the tandem, I've seen them around the local trails and they absolutely shred, often a lot faster than everyone else.

Beyond the fact that she's been winning at pretty much everything for 20 years....

Sleeper was probably the wrong term. I think she's under the radar a bit cuz she's fairly new to the EWS scene and might be overlooked. I think she is going to outperform. Why do i even care? I don't know.

micaylagatto (Mar 4, 2020 at 19:15)
@endlessblockades @onemanarmy : She’s actually not racing ews this year so I think maybe she might literally be sleeping whilst some of the races happen haha. She posted about it already

endlessblockades (Mar 5, 2020 at 9:19)
@micaylagatto: WTF?! I need to rethink my entire fantasy team now? Oh bother. Thanks for the head's up