Race Report: Yak Ru Enduro - An Enduro On The Roof of The World in Nepal 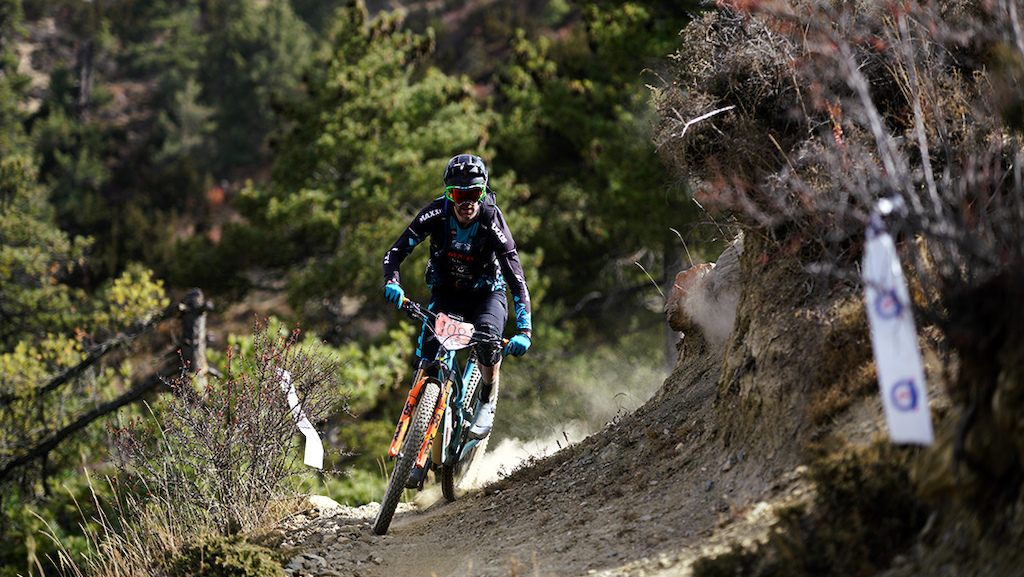 The Ngawal Valley of the Annapurna Conservation Area of Nepal was the setting for a 3-day enduro race unlike any other: the Yak Ru Enduro. The ‘blind’ format race, held from the 13th to 15th of November, encompassed 9 timed stages between elevations of 3200 to 4100 metres above-sea-level and would prove to be the ultimate test of rider and bike. 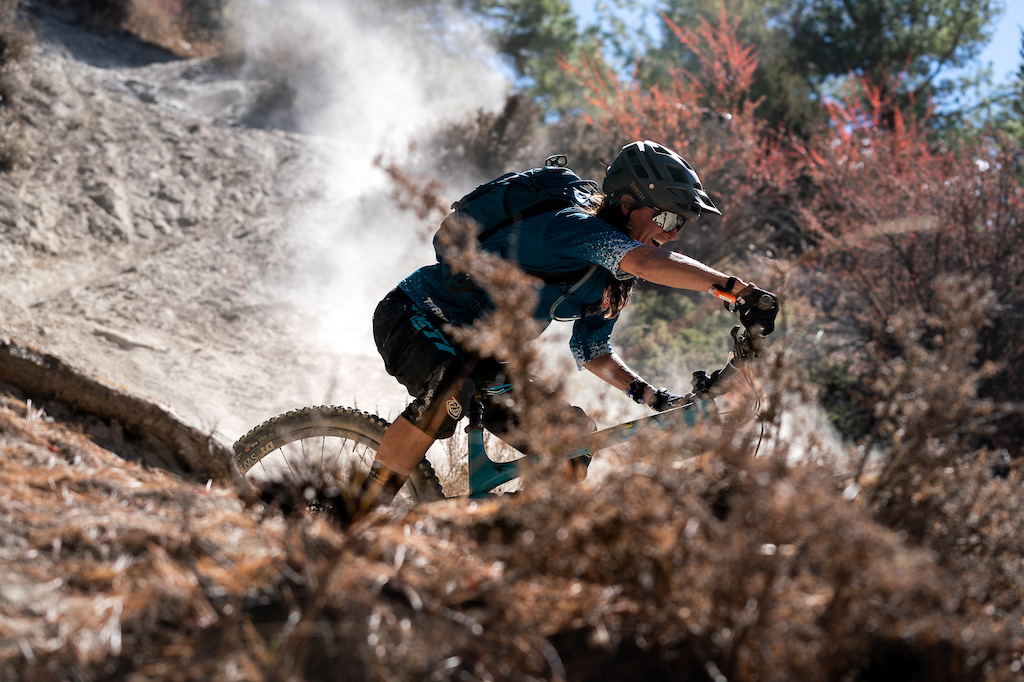 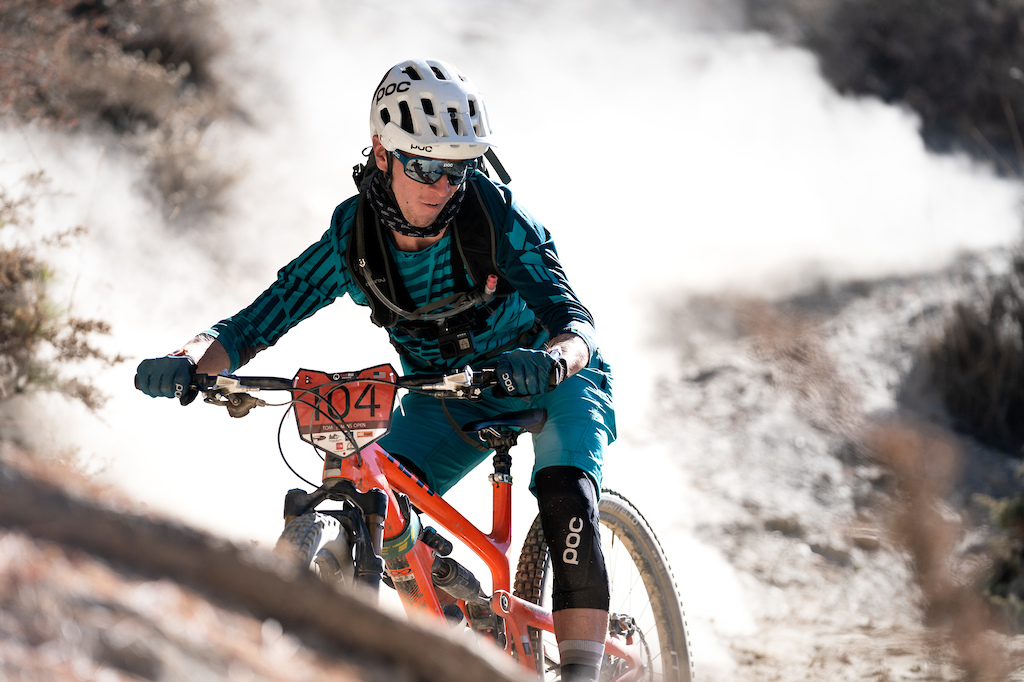 The journey to the race venue had racers transported from the hustle and bustle of Kathmandu’s congested street to the rarified air and primaeval alpine environment of the Manang District where, from their accommodation and race HQ - the Ngawal Mountain Home in the village of Ngawal - they would launch their high-altitude campaign. 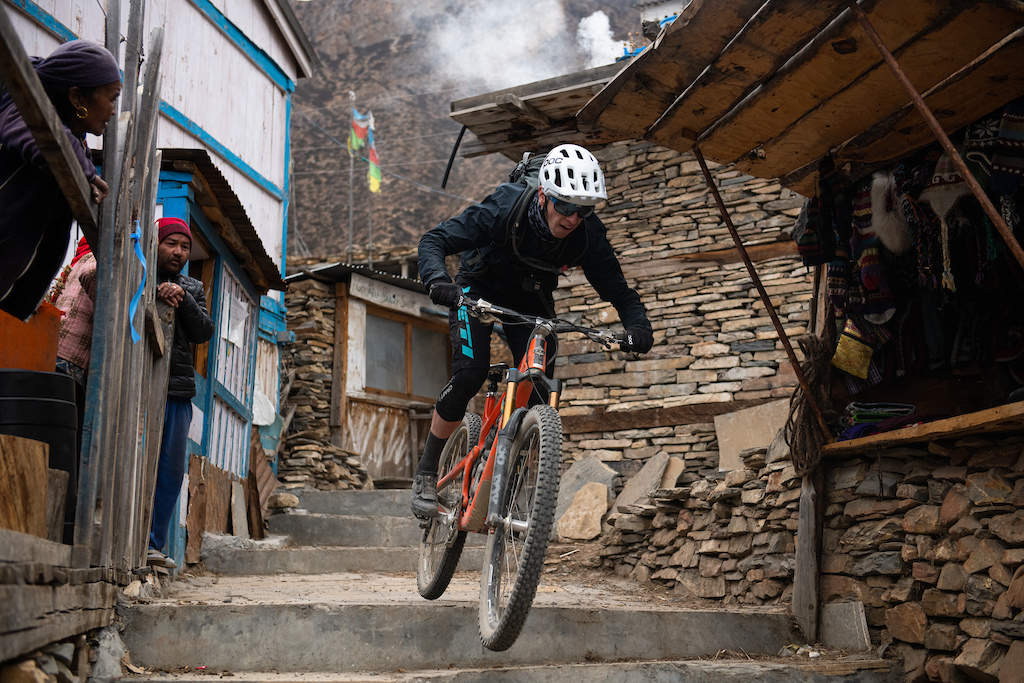 The race trails of the Yak Ru included lots of ‘natural singletrack’ – routes carved out by generations-old usage from villagers and their animals. Also in the mix were sections of some world-class hiking routes that were deemed ‘just about rideable’ by the organizers, including parts of the renowned Annapurna Circuit Trek, as well as tracks that passed through autumnal agricultural fields and ancient villages. Apart from the speed and ‘natural flow’ that these trails afforded, there were also significantly technical, high-commitment sections consisting of tight switchbacks, steep chutes, and rock gardens filled with loose shale and boulders. 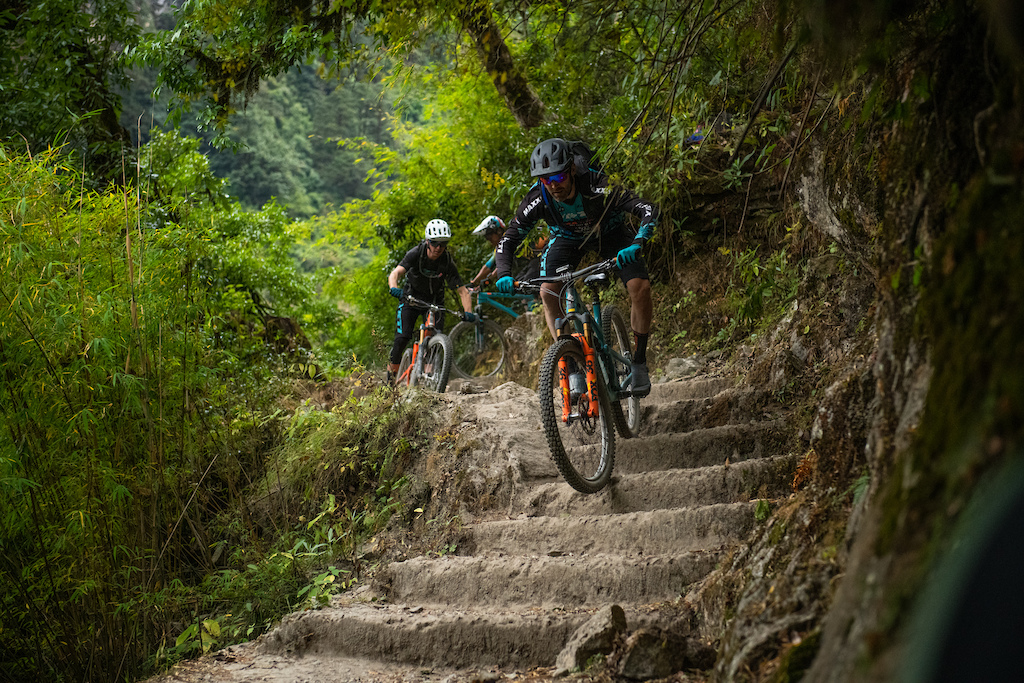 On top of the demanding trail conditions that had to be raced ‘onsight’, racers also had to contend with the reduced oxygen levels of high altitude – a factor that reduced many uphill or low-traction segments of the transfers between timed stages to ‘hike-a-bikes’. Also, with early-morning flag-offs being significantly cold before the full warmth of the Sun could hit the slopes, the athletes often had to layer up with extra clothing at the start to maintain their core temperature. The media and medical teams that followed the racers throughout the course were likewise challenged on-course. Still, the Himalayan weather gods were kind enough to grace all three days of racing with warm weather and clear skies, and these dry conditions would set the stage for some extremely fast, dust-laden tracks and competition. 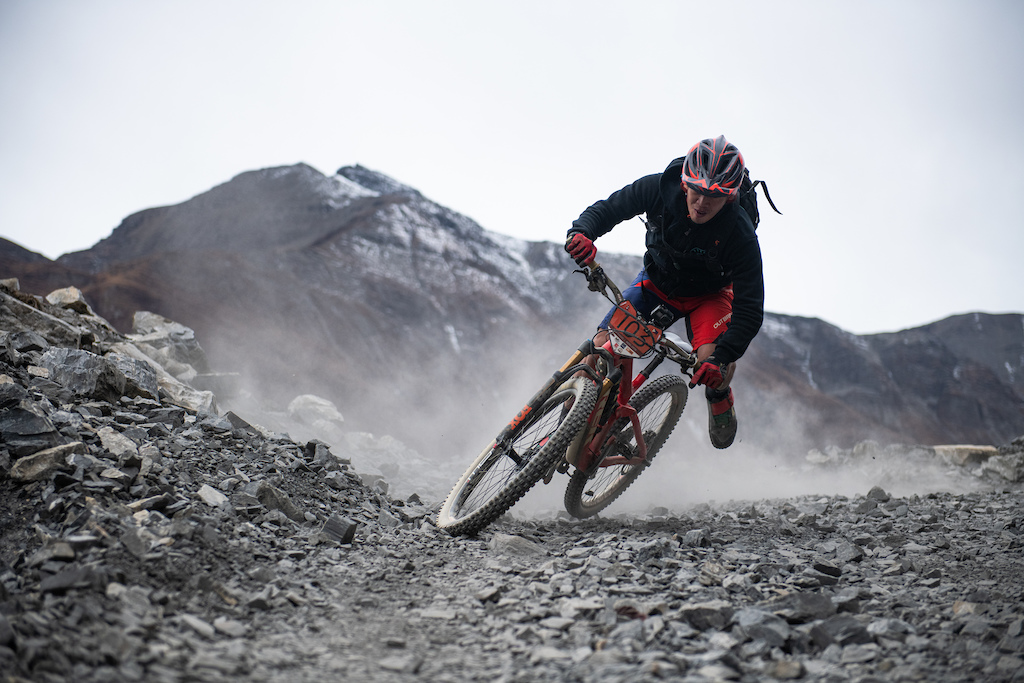 For the first day of racing, the opening stage featured a descent from the Milarepa Cave holy site, under the imposing peak of Annapurna III; followed by two shorter stages close to the local Tibetan School. American rider Tom Sampson forged ahead of his fellow Yeti Cycles teammate, the Canadian Geoff Kabush in the men’s field. The North American duo was trailed by the Gabriel Sarsuelo Amigo (Trek TYK) of the Philippines. In the women’s race, it was an all-Antipodean podium consisting of Megan Rose (Yeti Cycles) of Australia leading out the New Zealander runner-ups Phoebe Coers (Mons Royale) and Robin Pieper (Ground Effect/Santa Cruz NZ). 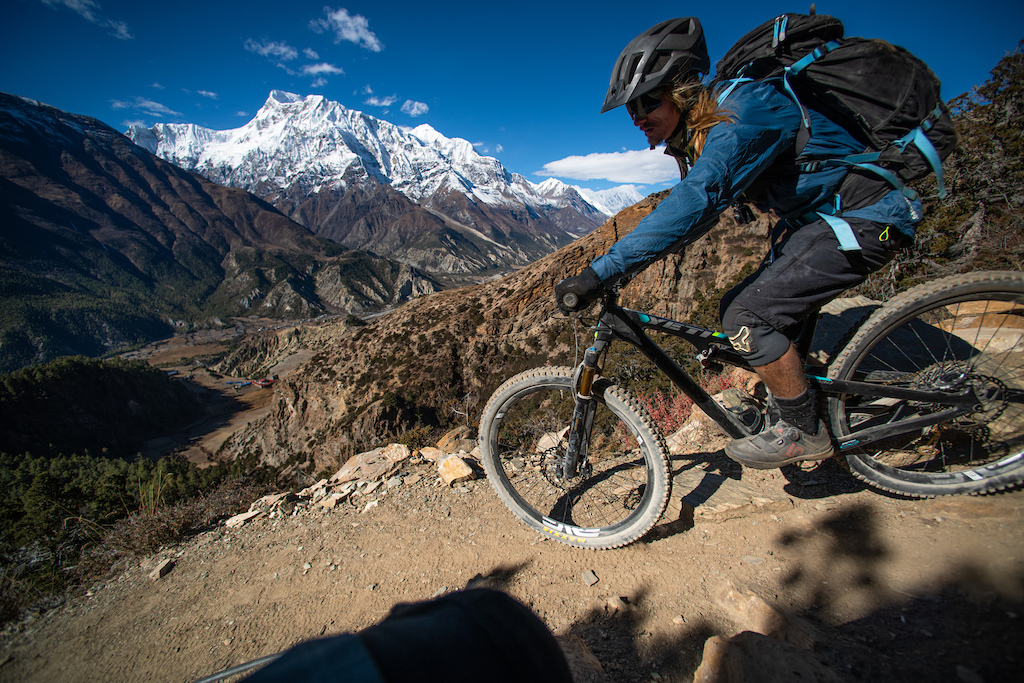 The good weather continued into the second day of racing, with Stage 4 dropping from high above Ngawal – the start of which was accessed by climbing an imposing staircase built into the ridgeline adorned with shrines and prayer flags. After a short Stage 5 close to the village, racers then tackled a long and arduous 2.5-hour transfer stage to the top of the remote Julu Plateau, where they then dropped into Stage

6. This stage had several highlights, including the first truly steep and loose sections of the race; the challenge of dealing with pockets of deep dust on a high-speed section of 4WD track (that hid some
potentially race-ending ‘baby-head’ rocks); and the novelty of racing through the main thoroughfare of Julu village. Sampson maintained his lead over Kabush and Amigo while putting significant time into 4th and 5th place-getters - the Scotsman Steven Cox and the Kiwi Ben Gibson - respectively. In the women’s field, Coers’ strong rally on the opening stage allowed her to finish the day just two seconds adrift of Rose, with Pieper a further 32 seconds back. 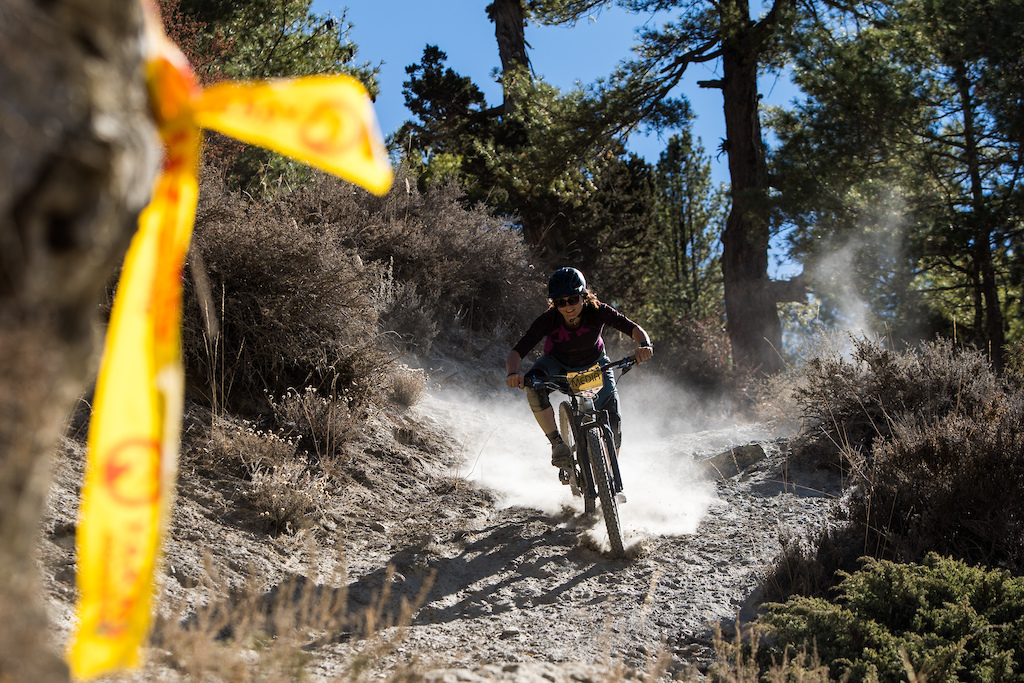 The third and final day of racing saw the athletes once again take on the now-infamous ridgeline stairs. The transfer then continued, traversing across to the neighbouring ridgeline to the start of Stage 7 - a remote shepherd’s trail which had only been recently scouted and recorded as a ‘first descent on mountain bike’ by the course marking crew just three days prior. In contrast to the high-speed flow of this newly-minted line, Stage 8 featured a low-speed jank-fest through some old ruins near Ngawal village. A last short transfer then brought athletes to the concluding race stage, which dropped steeply (and loosely!) from the Ngawal Monastery before turning into a raucous, flow-filled descent to the final finish line. 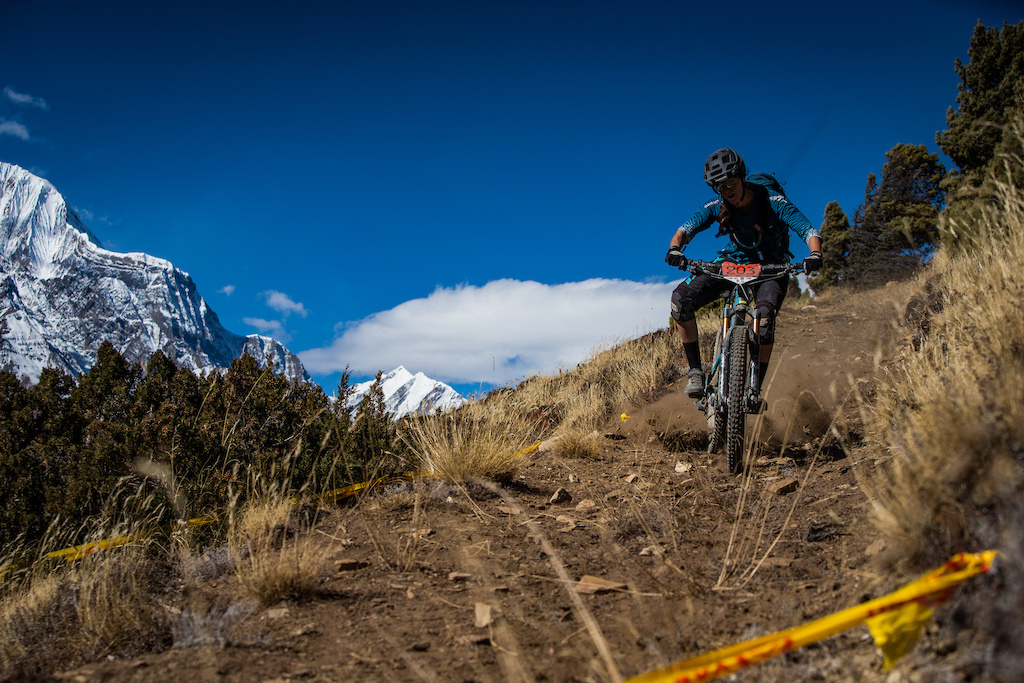 The dust settling from the racing action saw Sampson emerge champion in the men’s race, 28 seconds ahead of Kabush and almost 3.5 minutes ahead of Amigo. Rose triumphed in the women’s category, having built a comfortable lead of 38 seconds over Coers over the three days of competition, with Pieper in 3rd place more than 2 minutes back. 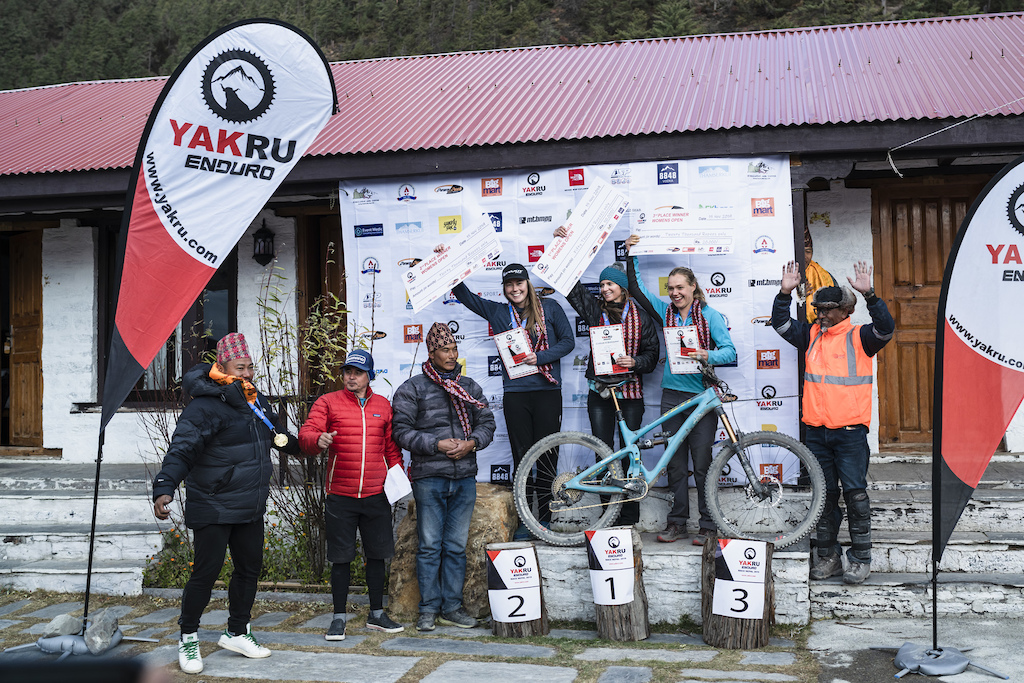 The Yak Ru Enduro was as much an adventure as it was a race - for the athletes as well as the teams of bike-borne media and medical staff. The remote, almost mythical setting that is the Nepalese Himalayas was very much on the ‘bucket list’ to visit for all riders involved, let alone race in. The Yak Ru’s successful conclusion hopefully cements the Ngawal Valley - and its network of raw, remote, pristine trails - in the pantheon of ultimate MTB riding destinations in Asia, if not the world. 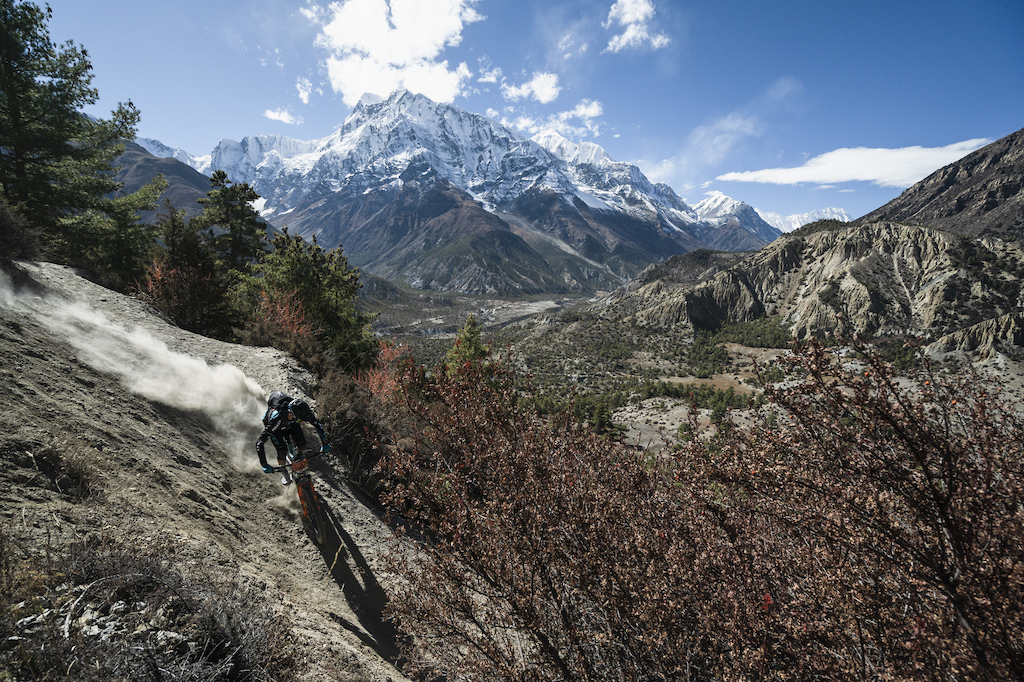 The founders and organizers of the 2019 Yak Ru Enduro would like to thank all athletes, staff, volunteers, sponsors, and partners for their commitment and support in making this ‘enduro on the roof of the world’ a true success in its execution, and a validation of their collective efforts and contributions. 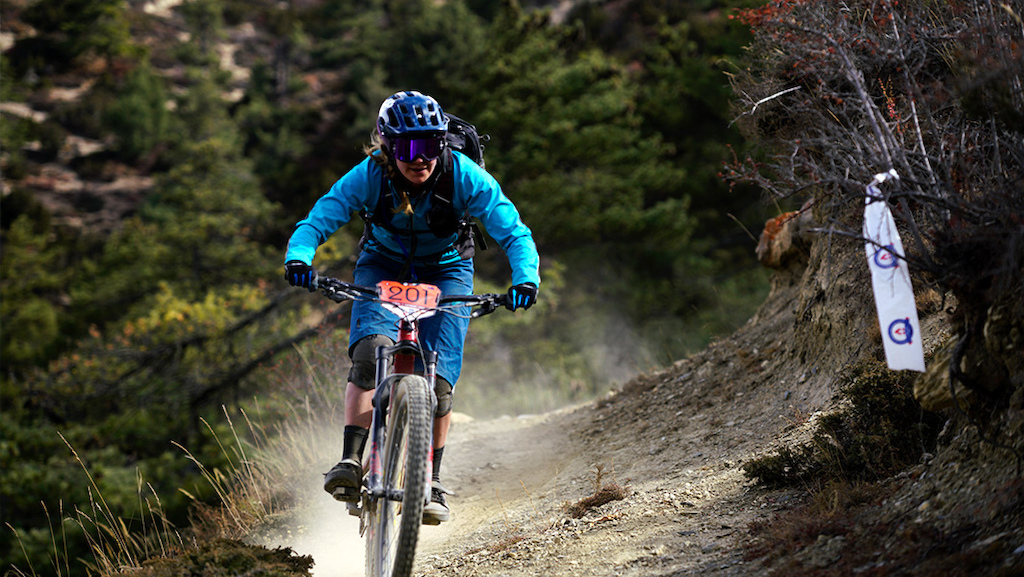 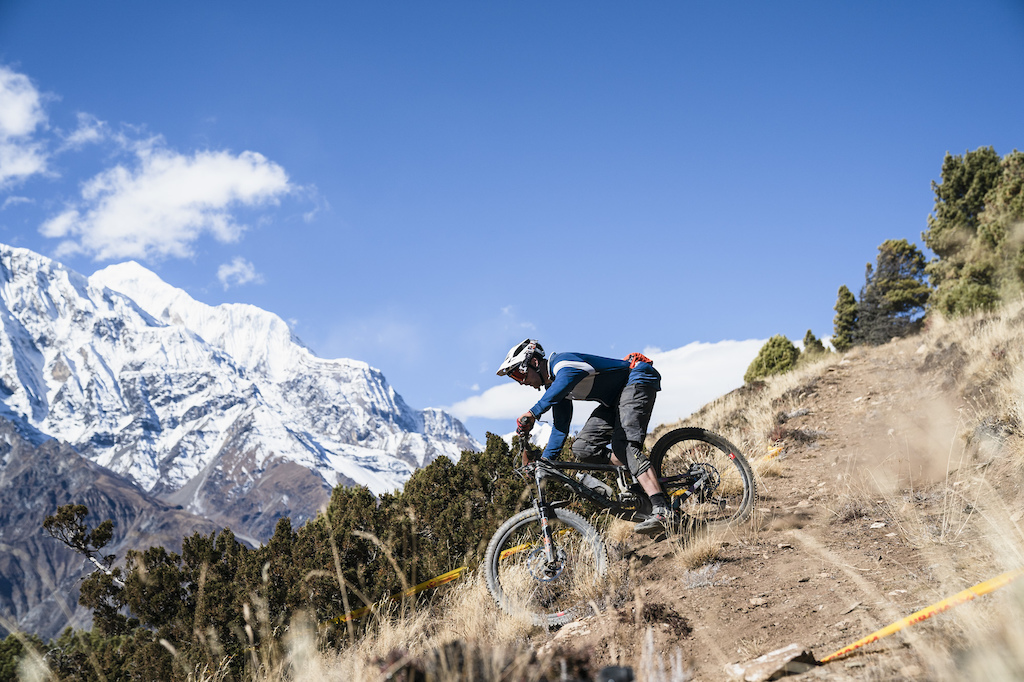 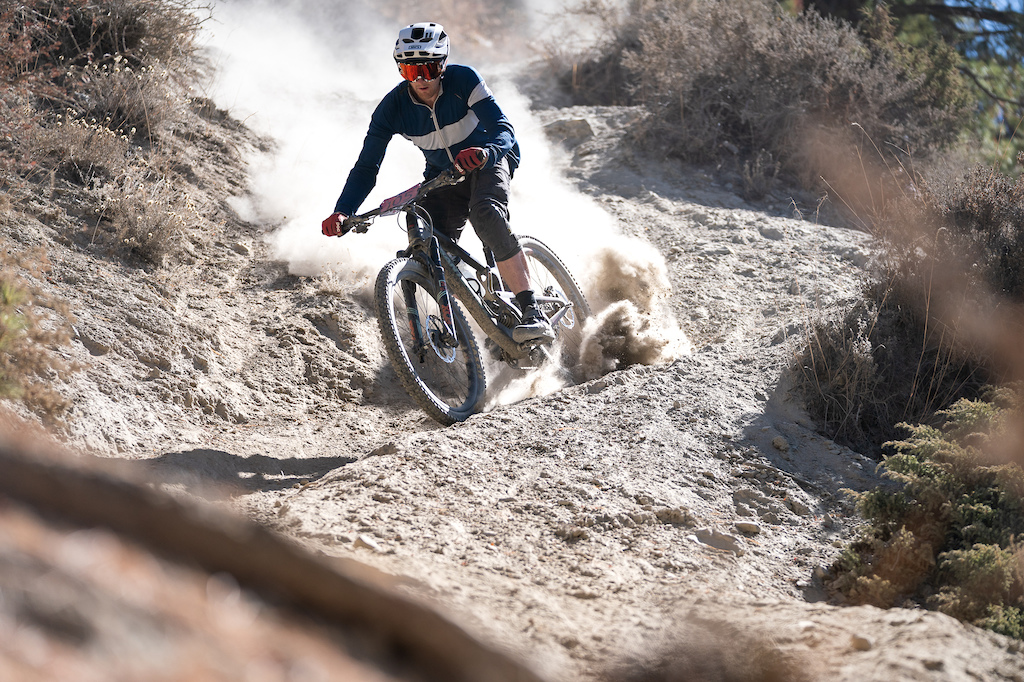 Post-script: The next edition of the Yak Ru Enduro takes place in November 2020. Find out all the details and information for registration at www.yakru.com 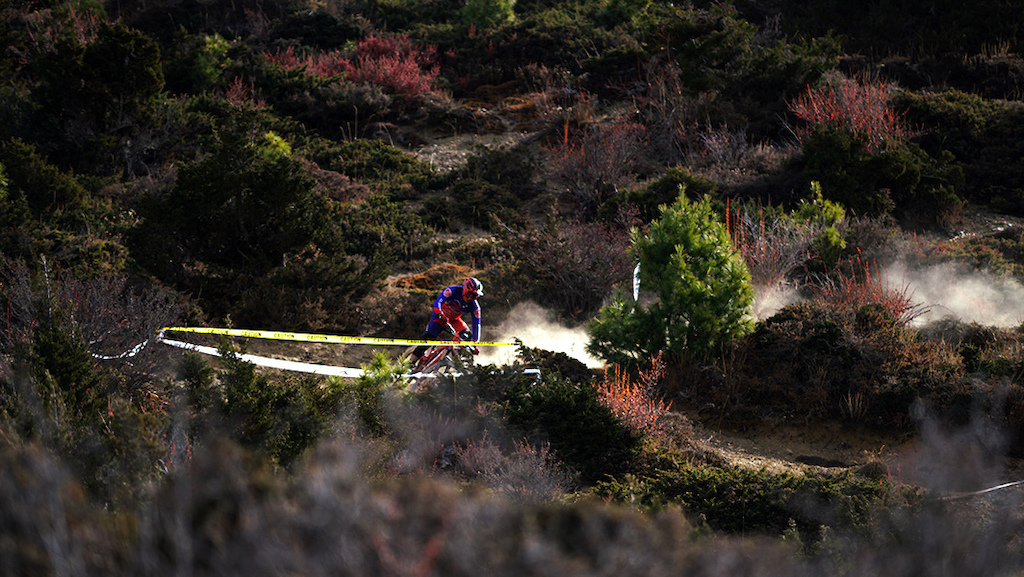 CamNeelyCantWheelie (Nov 20, 2019 at 6:55)
Now THAT is an epic venue! Nice work to all riders staying safe and shreddy up there!

megsMTBlife (Nov 22, 2019 at 7:21)
@nozes that's pretty funny considering all podium finishers and every rider in this event has NEVER visited Nepal before and NEVER ridden any of those trails ????- it was a fun week on bikes exploring the Nepal Mountains!

Fastfish11 (Nov 22, 2019 at 7:59)
@megsMTBlife: Not true the gentleman in 3rd place, raced there before but he did a lot better this time around, that’s my Nephew! Good going Gab this is his 2nd or 3rd visit to Nepal

megsMTBlife (Nov 22, 2019 at 14:22)
@Fastfish11: yeh but they change up the course each year, so he hadn't ridden that area / trails. Well that's what he said to me...he could have been lying????...it was just super fun for all of us to experience Nepal for the first time (besides Gab), and ride some new trails and have a fun adventure.

yakru (Nov 24, 2019 at 19:35)
@Fastfish11: Gab has not biked Annapurna before. He had been to Nepal and riding but never that high. None of the participants had ridden our YakRu trails before.

thesharkman (Nov 21, 2019 at 14:24)
I hate when only one bike manufacturer can be shown in race report pics. It seems like being confident in a product and not caring if other products are shown would be a much stronger selling point.

kawkaw (Nov 22, 2019 at 6:37)
yeti has probably invested more in the mtb community than any other bike company in nepal and sponsored local riders

megsMTBlife (Nov 22, 2019 at 7:18)
@thesharkman - this was not on purpose. There were only a few riders at this event and it was just by pure coincidence that most of us were riding a Yeti. Nothing to do with sponsorship, we just really wanted to go ride Nepal and we just happened to own Yeti's!!