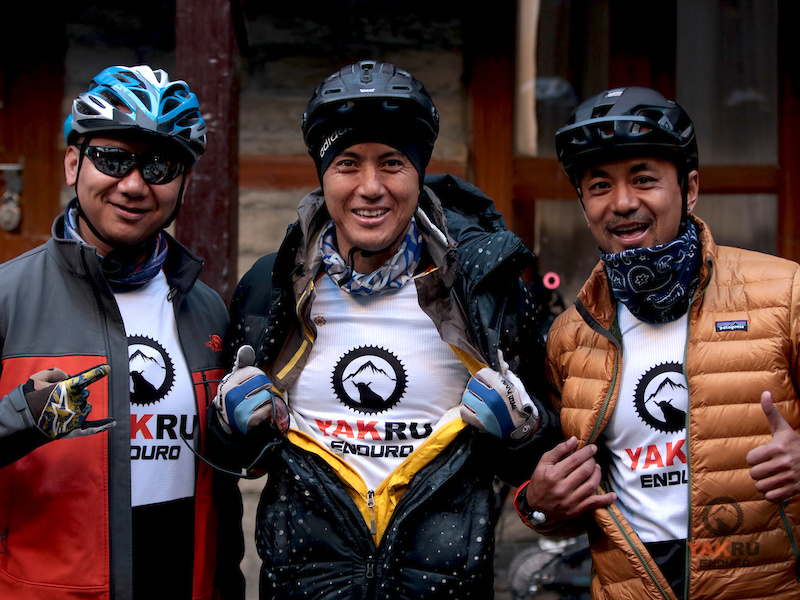 SHIREE KHARKA - Participants in the world's highest enduro mountain bike race got the chance to make good on the event's tagline today.
The morning opened with a 40-minute shuttle uplift along dusty alpine roads from Manang - Yak Ru's base town - to the settlement of Khangsar. Then, an additional 40-minute uphill ride, followed by a brutal 1.5hr hike-a-bike to attain the lofty starting point of Stage 1. 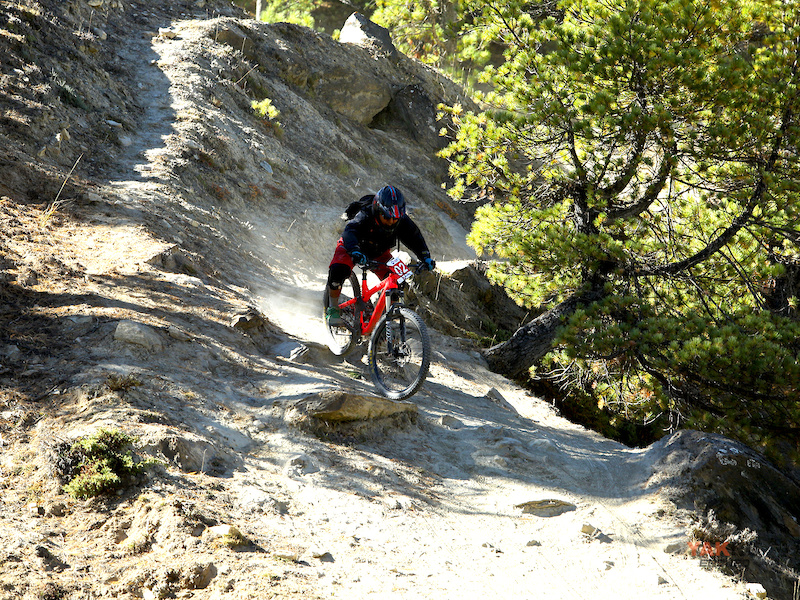 And hence the stage was set for a physically brutal race starting at 4300m Kathmandu locals Upendra Rana, (54), and Nirakar, (50), in their first high alpine MTB experience, had this to say about the first stage. ("I was gasping for air as I felt something was stuck in my wind pipe, quips Nirakar Yakthumba") 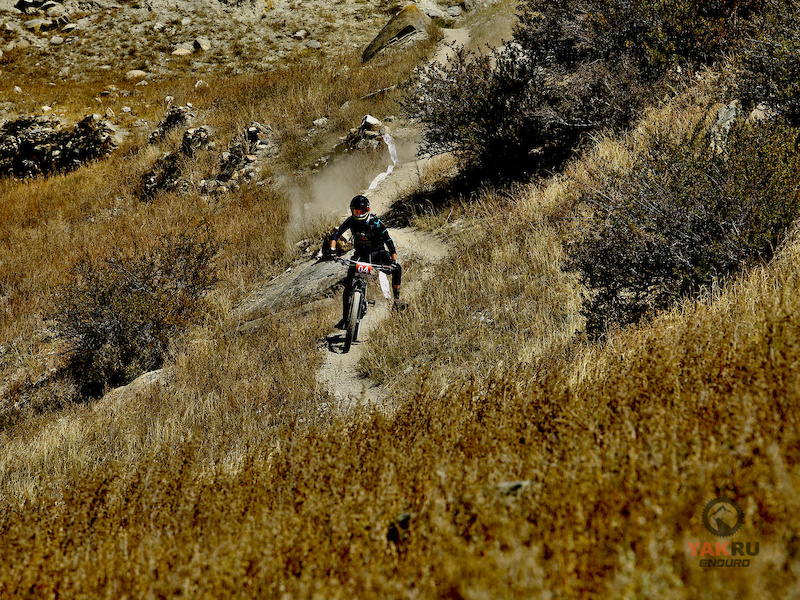 High-speed alpine descending above the treeline opened Stage 1; however, it was the lower section - after passing through the ruins of Old Khangsar village - which was the defining physical challenge of the day. Pedally, with multiple blind corners and short, steep gullies amidst pine trees: it tested racers' ability to stay focused in the thin air amidst withering energy and oxygen levels before departing them at the finish line via a series of loose, hoot-worthy switchbacks.
The pained, exhausted look on many a racer's face at the finish line told the story of how epic this stage was. A long rest here was in order for almost everyone before proceeding with the liaison to the second and final stage of the day. 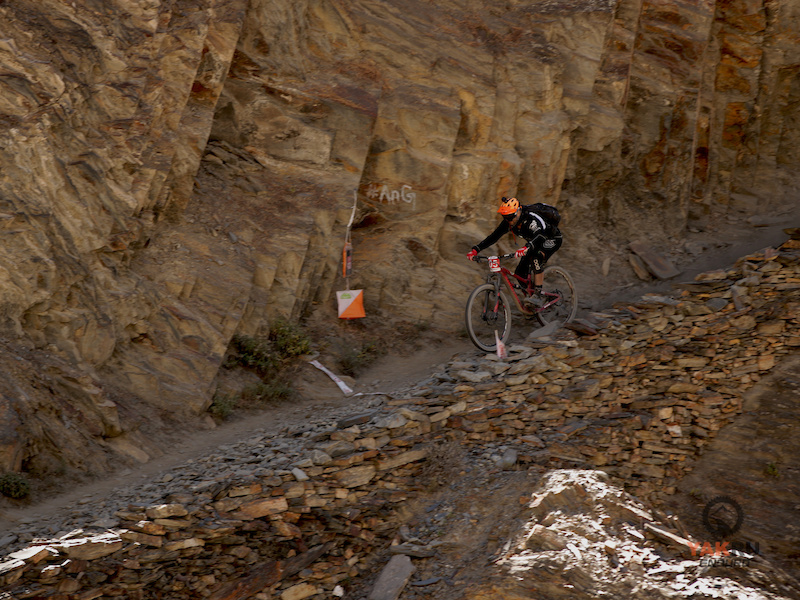 Stage 2 could not have provided a larger contrast. A short but steep route consisting of high speed singletrack carving through bizarre spire-shaped rock formations that was barely 2 minutes long for most in the hunt for a good timing. It finished in a jagged canyon overlooking the Marsyangdi River; and where finished riders could immediately cross a prayer flag-adorned suspension bridge to view the descents of their compatriots from the opposite bank.
Tomorrow, the Yak Ru heads up the trail leading to the hallowed Milarepa cave to kick off the final day of racing in the Manang valley. With just three more stages to be contested, the competition for the inaugural enduro champion title of Yak Ru is still running hot! 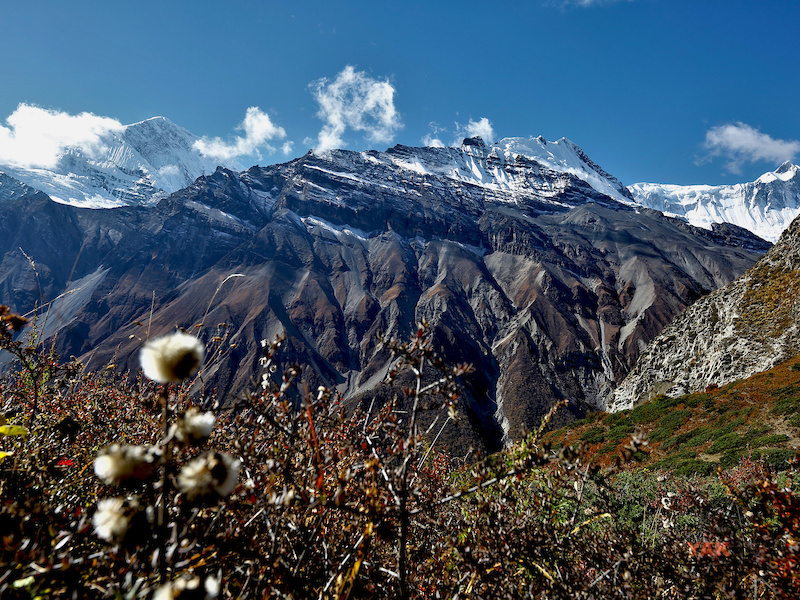