Yeti Ambassador and New Jersey native, Laura Slavin takes you on a tour of her backyard in Vernon, NJ to prove there’s more to the state than its misleading nickname.

“Whenever I tell people I’m from New Jersey they cringe and ask me why a mountain biker would ever want to live there. Its time NJ got some credit for its super burly rock trails and beautiful scenery.” 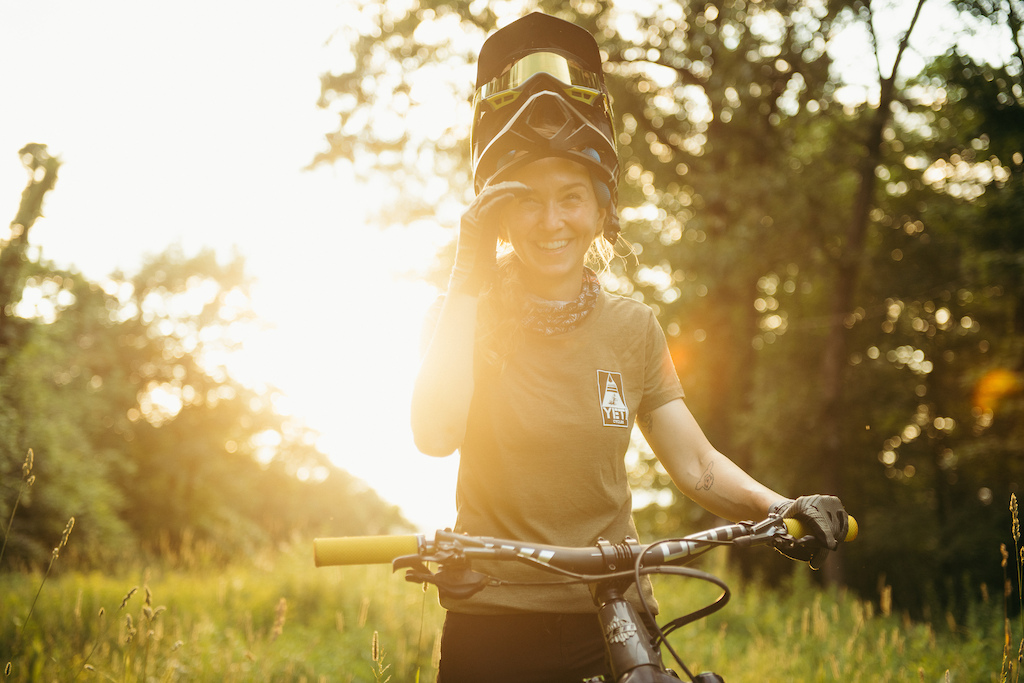 WRCDH (Mar 30, 2021 at 15:34)
Considering the notorious, gnarly history of Action Park (water park) at the base of Mountain Creek, they really should’ve named it “Mountain Bike Action Park.”

edridesbikes (Mar 30, 2021 at 10:45)
why does Yeti get called out being a dentist bike so often? where as a Santa Cruz (the seeming darling of pinkbike commenters) is similar in price?

mtbikeaddict (Mar 30, 2021 at 11:27)
This thumbnail title: A Yeti owner rides around their backyard. Sounds about right.

atourgates (Mar 30, 2021 at 13:20)
@daugherd: The whole "Dentist Bike" thing started with Cervélos and roadies, then migrated over to MTB with Yeti. Dentists have a reputation for having disposable income and choosing to spend it on toys.

There was a time when Yetis were real standouts for price/value, in a bad way. You were essentially spending $1k - $3k over competing equivalent bikes for "The color Turquoise."

Sadly, a bunch of other brands have now caught up, also in a bad way.

It's just a joke. Don't take it personally. I think deep down, most of us who aren't a*sholes recognize that we're all "wasting" a bunch of money on mountain biking, it's some of the best money we've ever wasted and you should waste it however you like.

JeCo07 (Mar 30, 2021 at 16:55)
@atourgates: while listening to the Dave Ramsey show he said that the average dentist is 300k in debt and they have one of the highest rates of suicide. I think the disposable income is more of a screw it and swipe the card with most of them.

ceecee (Mar 30, 2021 at 21:37)
@JeCo07: according to payscale.com, the average salary of an oral surgeon is $242k vs $328k for a colorectal surgeon. So, different ends of the same function, but a yearly new Landcruiser's difference in salary. Justice for dentists! Or justice for rectal surgeons, if you prefer

edridesbikes (Apr 1, 2021 at 9:45)
@cantsleepinseattle: the only one that got the right answer.but you have insider info.

Jordansemailaddress (Mar 30, 2021 at 9:33)
Sweet! That looks like some real deal trails. You ride so smooth it’s easy to watch that video and actually under-appreciate how big those drops and jumps really are!

mattmatthew (Mar 30, 2021 at 11:35)
Been following her since she had a small IG following. Pretty darn rad. Super stoked on females getting their due.

amitchel872 (Mar 30, 2021 at 13:25)
Always awesome to see a good creek edit. Has me pumped for opening. Hope the lines aren't crazy again to start the season but probably wishful thinking...that's the price to pay for growth of the sport. Maybe it means they add another lift someday, but not holding out hope in the short term. In the meantime, north jersey has plenty of other great riding spots including ringwood/ramapo, jungle habitat, and waywayanda state park, all just as fun, perhaps chunkier

...can't wait to get shredding again!

pedaler (Mar 30, 2021 at 17:59)
I ride Yeti bikes, have done for years. Definitely not a Dentist, not even kind of close income wise, just really like how thier bikes ride. Rode Santa Cruz bikes since their birth as well. Don't mind spending my hard earned dollars on high quality products. Phenomenal bike that 150. Yeti is a company that is commited to buidling a quaility product, that has great longevity.

Any tips on how to make snow and ice melt faster? asking for a friend.

kaiserschmarrn (Mar 31, 2021 at 12:49)
She really has a great feel for the bike. Really relaxed and one with the bike. That seemingly little rock jump at 1:49 going into Waterboy is steeper than it looks and actually a blind landing into more rocks that if you don't land right you are in a world of hurt. Great stuff. I've learned a lot watching her vids.

I’m glad to see someone appreciated one of the smaller nuance features! That’s a tricky lil section

sino428 (Mar 30, 2021 at 10:47)
If people are shocked to see that North Jersey looks like this they would be blown away by what the southern half of the state looks like. Sweet video too.

sino428 (Mar 30, 2021 at 18:02)
@Struggleteam: yea exactly. Many people visit the area and only see the area around the airport or the areas in close proximity to NYC. While some of those areas are very nice (but crowded), it’s not an accurate representation of many parts of the state. A good portion or northwest and southern NJ (away from the coast) looks more like Alabama than it does NYC.

gnarcissistictendency (Mar 30, 2021 at 13:36)
Props to Laura she made that look easy! She needs to be doing more of these edits for sure

jptothetree (Mar 30, 2021 at 14:13)
Grabbed my season pass to Creek last week! Stoked to get lots of riding done there this season

So Jersey. I actually watched it while playing NJ’s own Gaslight Anthem’s song Stay Vicious. It was pretty pretty good.