Join Pinkbike  Login
Many of you might think Five Ten is a relatively new company. They entered the MTB market a few years ago with their high-friction Impact Shoes, which many of you seen/used under the Intense name. After a year hiatus – they are back with stronger than ever with not only a new version of this shoe, but also a plethora of other Stealth Rubber soled shoes that can be worn on or off the bike! 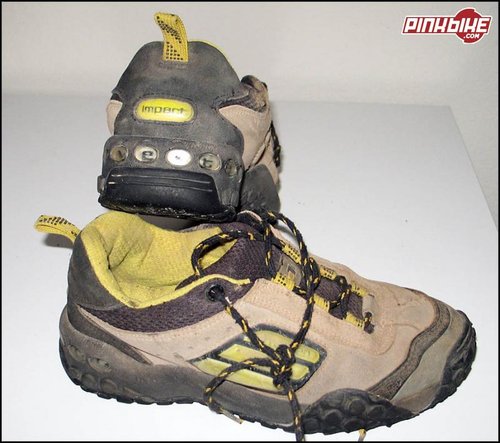 Original Five Ten Impacts
Believe it or not, next year Five Ten is turning 20! Charles Cole, Five Ten founder and chief designer, started Five Ten and Stealth Rubber back in the 80’s. At the time Charles was living in Yosemite and Josh, doing rock climbing. He hew equipment can make the difference between success and failure, or between a good season or bad injury. Making the transition from climbing full-time to running a business like Five Ten wasn’t easy, but now, on the days when the only thing he tied to is his desk, it’s satisfying to know that Five Ten shoes are the most trusted footwear for climbers worldwide!

Five Ten designed and produced the fist – and eventually, the world’s finest technical approach shoe, and the world’s fist canyoneering shoe. Five Ten invented the self-draining watershoe category – which they will be expanding for 2006. This year, as many of you know, they brought back the Impacts, which caught on fire in the downhill/DS/MTX scene. This fall they are introducing the first two shoes in their IQ line – outdoor specific shoes that are lightweight, technical and designed for trail running, hiking and boating. Five Ten’s shoes are innovative and use materials and construction that actually makes them more comfortable and performant. 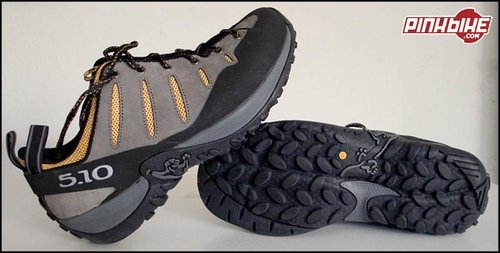 Five Ten Insight - happy feet off the bike
Five Ten never lost sight of their original goal – to make the best high-friction footwear available. They are a company of outdoor athletes who test their own product on a daily basis. Their shoes help you go faster, farther and higher – and leap tall building in a single bound – with guaranteed comfort, friction and style.

The Fallacy of the Coefficient of friction
As any first year engineering student can tell you, every material versus another material had a unique coefficient of friction multiplied by a compressive force is the breakaway friction between two materials. This, doubling the compressive force would double the breakaway force. This is the rule for solids.

However, rubber outsoles do not obey this law because they are not technically solids. Rubber is a viscoelastic material. Stealth rubber achieves and exceptional level of friction by maximizing the effects of this viscoelasticity.

Stealth rubber conforms to a surface by interlocking with the surface texture. The interlocking behavior no longer obeys a linear friction equation but instead exhibits a dramatic jump at higher load weights. This function is similar to a step function graph. One way of visualizing this is to imagine a nail in the ground. Stealth rubber is the nail while the ground is the contact surface. Stealth rubber acts like the nail, penetrating into the ground, thus obtaining interlock. In order to break the interlock the nail must bend or shear off, or the ground itself would have to give. Stealth’s exceptional interlocking ability is its superior tear strength. The contact surface will often break away before the rubber gives in any way.

Normal rubber will exhibit limited interlocking behavior. Stealth rubber has been specifically formulated to interlock in a way that exceeds that of any other rubber. One of the interesting aspects of the “Nail in the ground” concept is that the traditional “softer rubber = higher traction” model no longer applies. A softer rubber will bend more easily and thus come out of a hole more easily. The most important thing is to use the hardest rubber possible that still interlocks. Stealth creates rubber formulas that are designed to maximize interlocking properties for different loads, specific to each application.

Each application had a unique PSI (Pounds Per square Inch) value. For instance, a rock climbing shoe can use an area the size of approximately ¼” square and exert over approximately 800 foot pounds of force PSI. At the other extreme a remote control car tire could have a PSI or approximately 3 pounds. A shoe will often have a standing PSI of 25. In motion the value will be 50-100 PSI. Under water, people weigh less and the shoe’s value is cut in half. By using the hardest rubber that will interlock, Stealth produces the most durable high friction compounds possible.

Five Ten Footwear utilizes six different Stealth Rubber compounds, assuring their customers of a truly performance interface with their chosen environment. Five Ten guarantee that no rubber will perform as well as Stealth Rubber, and they will gladly let the rest of the world compare their rubber performance to Five Ten’s. Attempted imitation being the highest form of flattery, consider Five Ten flattered.

For 2006, Five Ten added almost a dozen new shoes to their lineup. Here are a few that might be of interest to you. 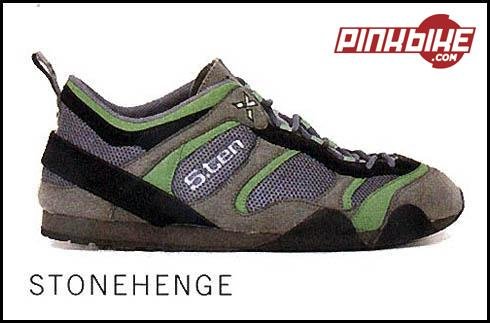 Minimalist shoe with technical features. The sole and protective toe rand are made with Stealth ONYX. The forefoot is smooth and the rearfoot is lugged for and unbeatable combination of friction and traction for approaches and descents. This shoe is so versatile it’s also good for bouldering, boating, camping or casual wear. It’s ultra-lightweight, extremely comfortable, very breathable, fast drying and easily packable. 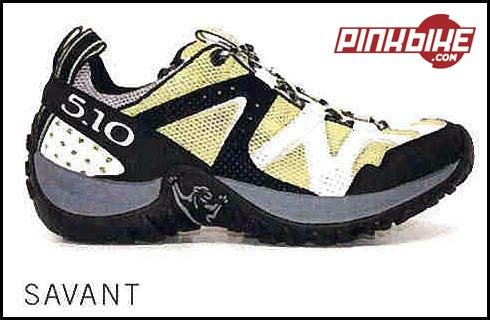 The Savant is a true amphibian built for all day comfort. Synthetic uppers are fully breathable, quick drying and fast draining while repelling pebbles and debris. Phylon midsoles and TPU plates allow the Savant to handle tough portaes and extended hikes. Stealth rubber sloes with multi-directional lugs provide unbeatable trip on wet surfaces and trails. They’re perfect for warm weather hiking, river crossings, portages; any outing where you need all day comfort, support, cushioning and the security and friction only Stealth can provide. 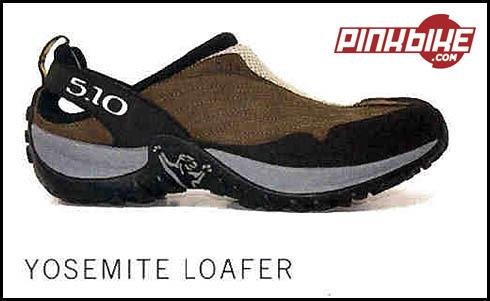 Cool looks, unbelievable comfort, and functionality makes this slip-on shoe ideal for casual wear after a day of climbing, hiking, biking or adventure travel. The Loafer features and easy on and off design yet remains secure on the foot thanks to the slightly tensioned Slingshot rand that secures the heel. The Loafer features Five Ten’s IQ bottom with Phylon midsoles and Stealth S1 outsole. 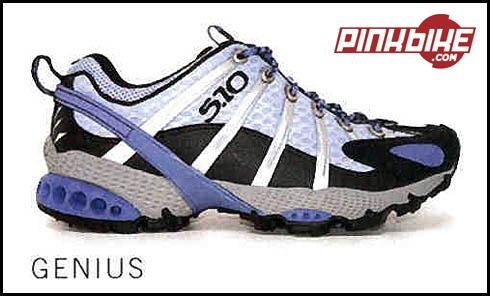 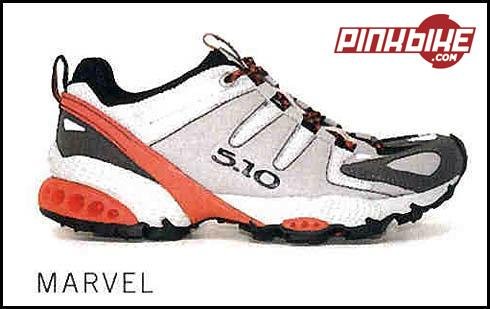 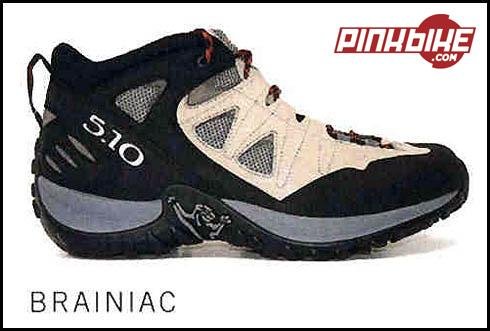 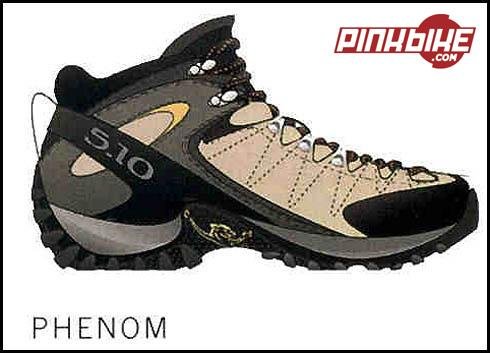 For day hikes or fast packing, the lightweight Phenom does everything well, from its waterproof/breathable leather and Gore-Tex XCR upper to the shock absorbent, super comfortable Phylon midsoles. The Phenom is mid-height for extra support and built on Five Ten’s co-molded Stealth S1/C4 sole package.