Join Pinkbike  Login
Since the starting years of mountain biking in Madeira, politics and environmentalists were basically in control. A book of rules, maybe written when Madeira was discovered back in 1400-something, is truly outdated, especially when outdoor sports are constantly evolving. This year, things are slowly changing. Our government started opening their strict boundaries realizing that mountain biking and other nature related sports, keeps tourism flowing and locals happy. Since the beginning of 2015, Enduro Racing is no longer illegal in Madeira and it's currently supported and approved by the regional tourism department.

I have to be pretty clear that it's still a hard battle. Businesses emerge from the approval and legalization of mountain biking in Madeira, no doubt about that, and everyone has it's own importance, contributing directly for the evolution of the sport. From riders to companies, the community becomes stronger at each new challenge and race. 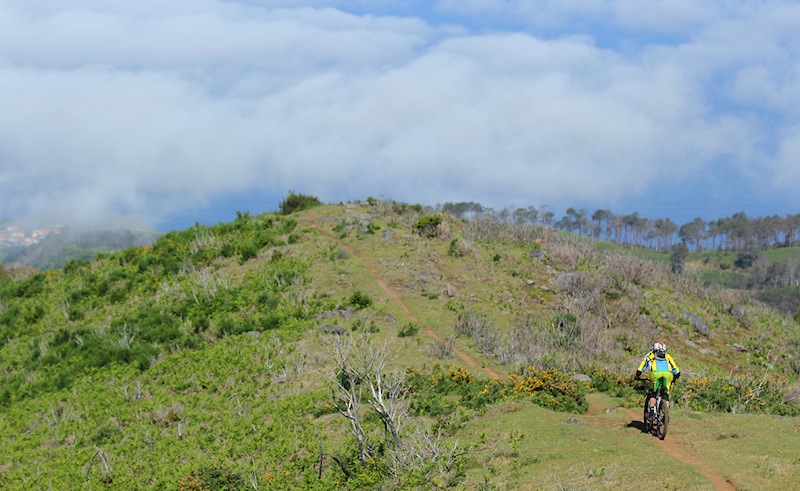 The first official enduro race of the season was held in Machico, a small village in the south-side of Madeira. From top to bottom, the riders covered about 38km, experiencing dusty and muddy trails, four seasons in one island. Emanuel Pombo, nine times Portuguese Downhill Champion, got first place, followed by Paulo Sérgio Batista and Rui Sousa.

Stefanie Klostermeier (26th overall) was the only brave girl to race the Enduro Challenge 2015. 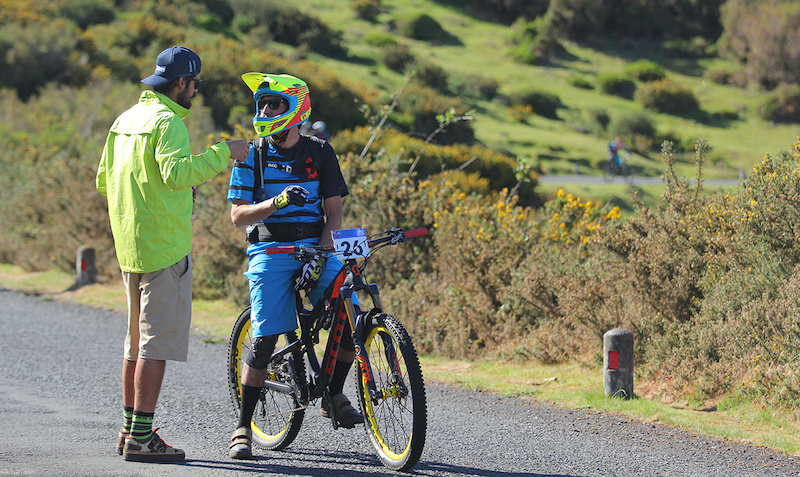 The organizer, Roberto Chaves from Freeride Madeira, chatting with Alexandre Rebelo before the race. 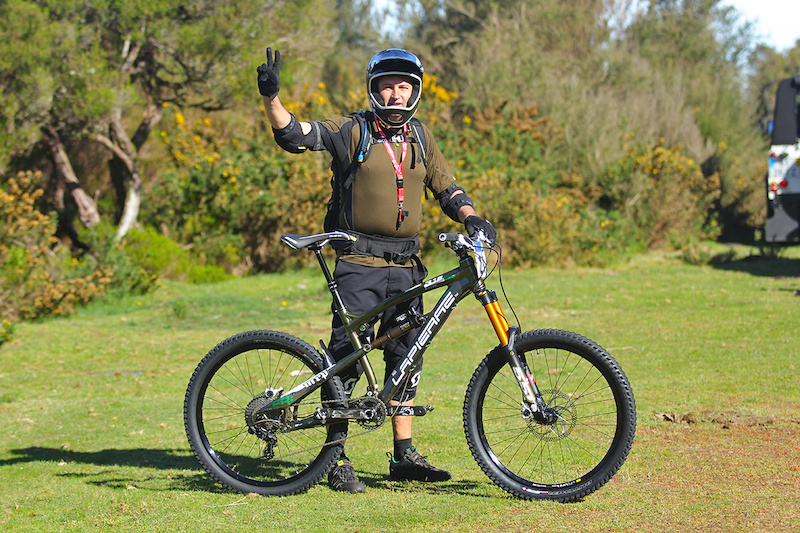 Not the fastest rider racing today but one of most beloved characters of Madeira mountain biking, Ricardo Gomes (33rd overall)

The second race of the season was on the other side of the island, Calheta, aswell on the south coast of Madeira. The riders faced six hardcore special stages under hot sun, with a total of 49km including connections. Everybody got their eyes on the prize, chasing the local born and raised Emanuel. "I have to confess that I have some cool lines on these trails", says Emanuel. 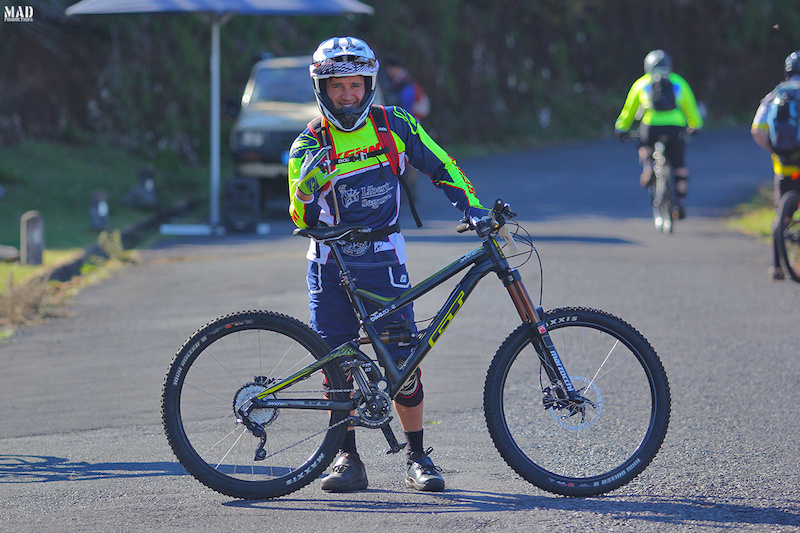 Emanuel Pombo is always pumped to race in some of his home trails, especially when he's riding the new GT Sanction.

Last years regional champion, Luís Filipe Fernandes, did not finished the race due to a crash at Stage 4. "I couldn't finish the race this time. I feel bad but I'll keep working hard to get my goals on the next one." 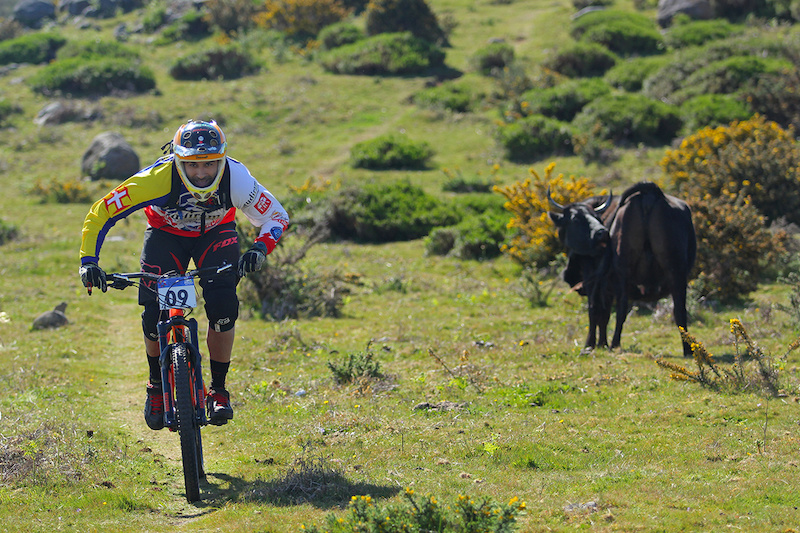 The first stage, Negras, was the shortest and flattest. Some considered it the most fun too, since you had to zig-zag between cows. It's theirs territory but they seem to enjoy watching mountain bikers racing...or they just don't care much. 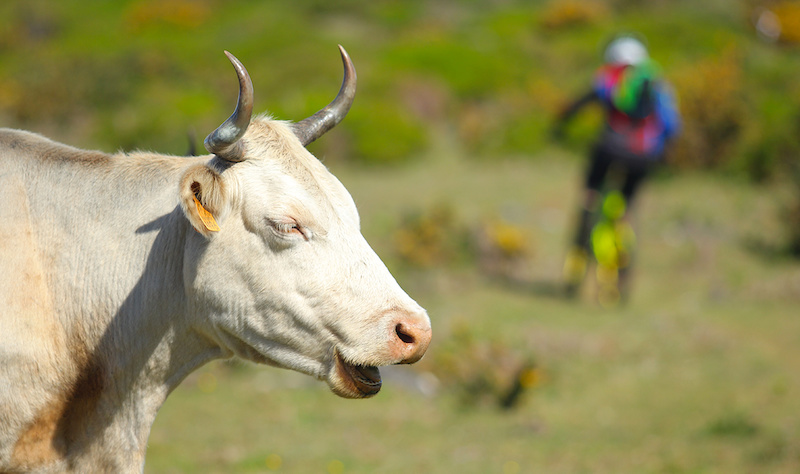 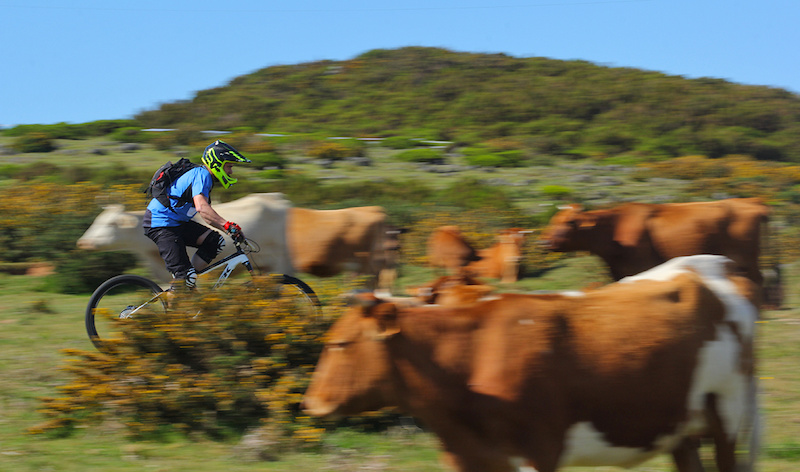 Under the hot midday sun, with temperatures reaching astonishing 32ºC, everyone was running low on water. "This feed zone feels like a true desert oasis", says Ricardo Pinto while sucking on a fresh orange, breathing heavily but always smiling. 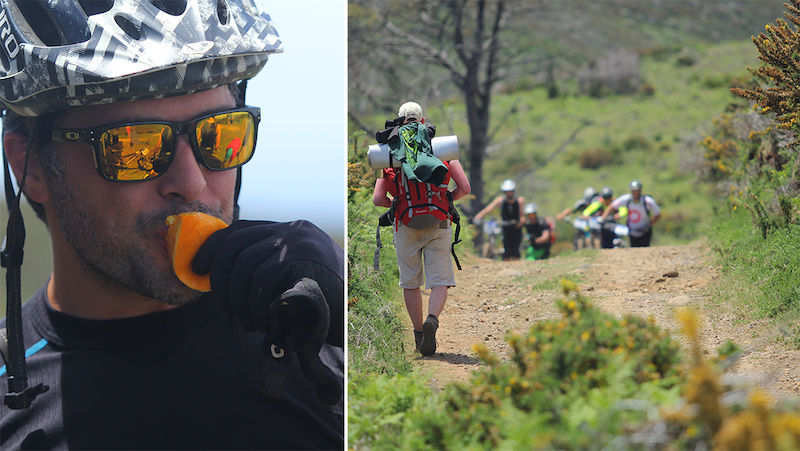 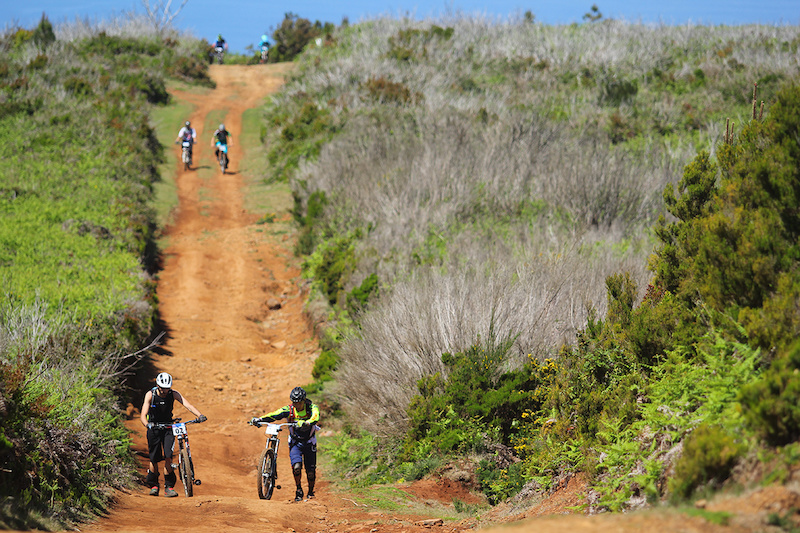 Paulo Batista and Emanuel Pombo from MADproductions, pushing their bikes up to Stage 4.

Alexandre Rebelo pedaling up to the last stages of the day. Santos Costa (22nd overall) resting before the biggest uphill section. 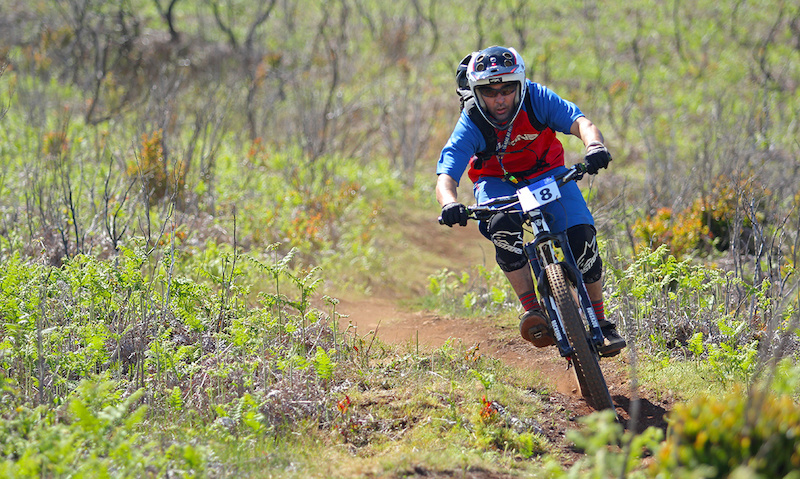 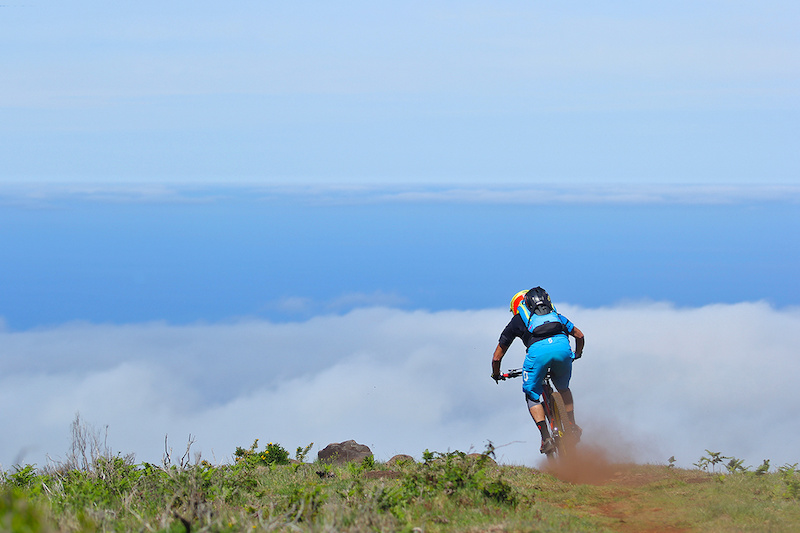 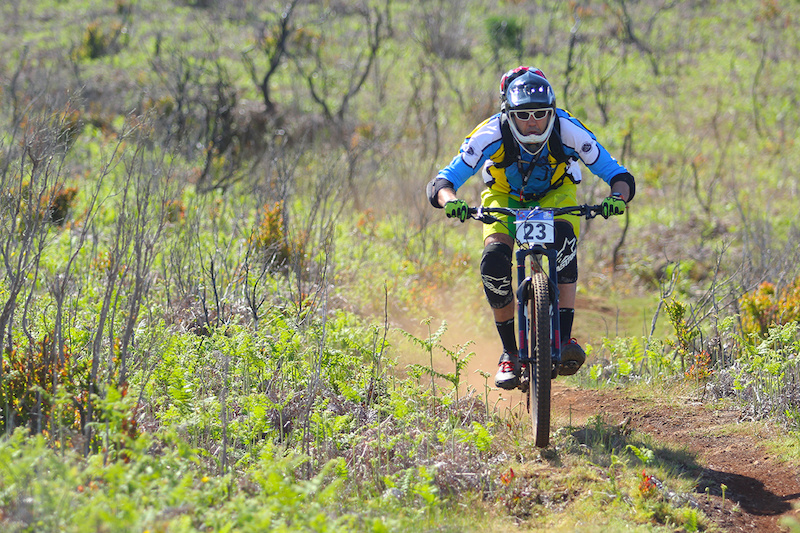 It wasn't Rui's race day. "I wasn't feeling confident and strong enough to get to the top today. It was a good race overall but I'm not happy with the final result. I'll keep pushing harder till the next one for sure." After two technical mistakes, Rui (33:58m) was basically out of the race, getting 4th overall, 30 seconds behind Daniel Pombo (33:27m). 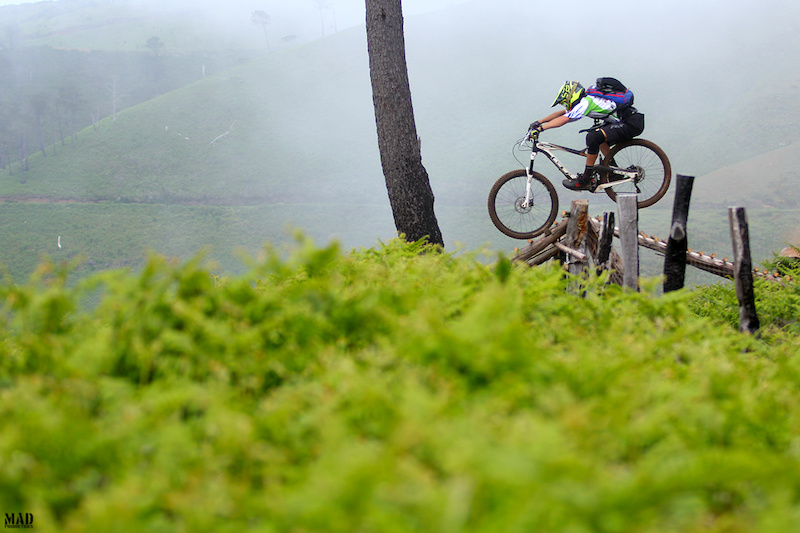 Paulo was on the hunt this weekend but still trying to get the grip of the new Cannondale Jekyll Carbon II. "It was a crazy weekend in Calheta, with such amazing weather and good vibes. It's always good to see the crew all together, riding bikes and having fun. That's what this is all about" - Paulo Batista got second place with a total time of 32:19m. 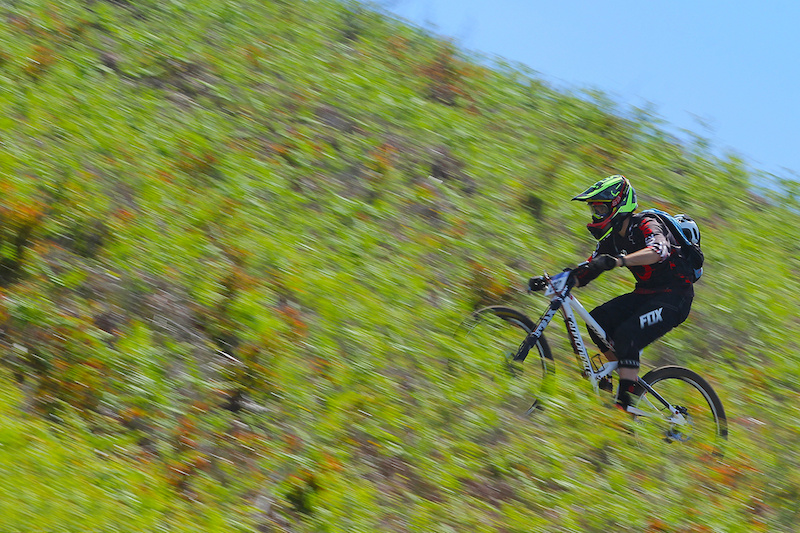 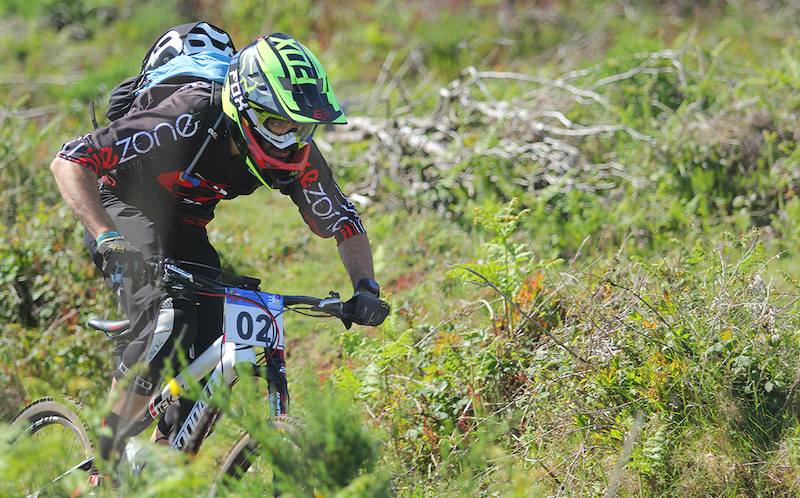 Banana-doping is allowed. Emanuel grabbing some natural energy in the second feed zone.

If we had to place bets, Emanuel Pombo would be on top. Racing in well-known territory, he basically killed the competition with a total time of 30:46m. Even racing World Cup for more than eight years, he still manages to find time to race the regional championship. "Riding in Madeira is always special for me. I learned how to ride my bike in these mountains and in these trails more than fifteen years ago, so, it always feels like the first time", says Emanuel. 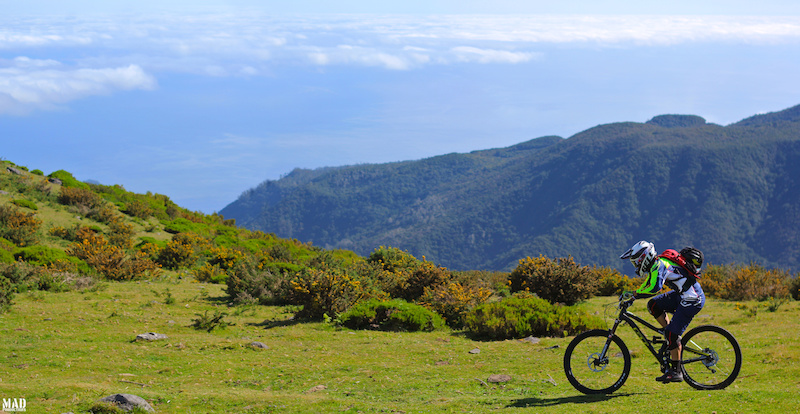