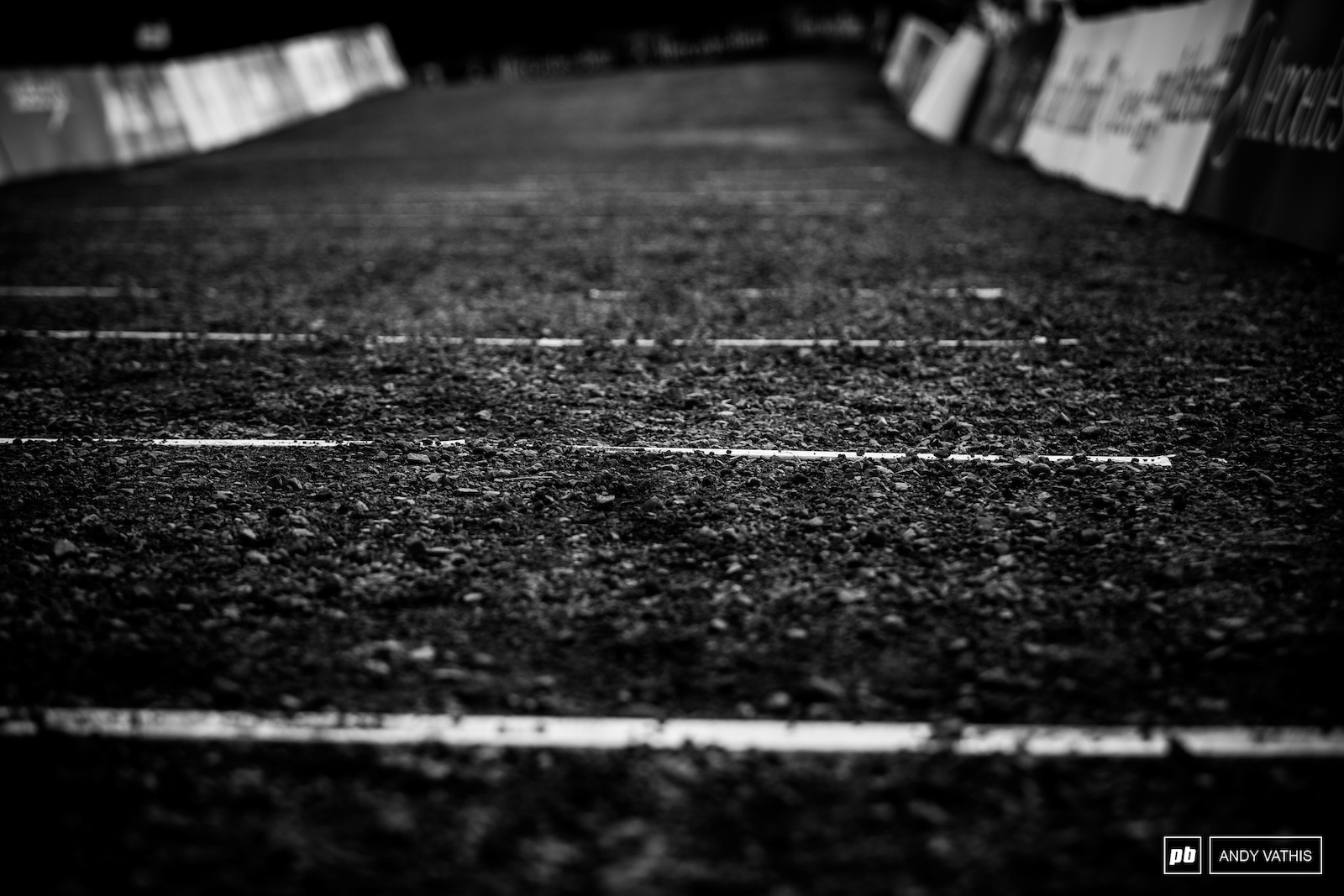 Today was the second day of racing with lycra on and it was all about the Juniors. The young guns had quite the mission before them as it rained heavily overnight. The already tough and technical XC course was now slick in places that were tricky enough in the dry.

The conditions may have claimed a number of racers and their bikes but competition was full tilt in both categories. The women's field saw a battle heading into the final lap with Switzerland's Jacqueline Schneebeli pulling away to take the stripes and a strong third for Norway's Helen Marie Fossesholm. The men's race included a changing of the guard for every section of course it seemed. Canada's Carter Woods pulled the group around the first lap before being overtaken by Andreas Vitton. Britain's Charlie Aldridge would ultimately come through with an unmatched attack for a safe victory by race's end. 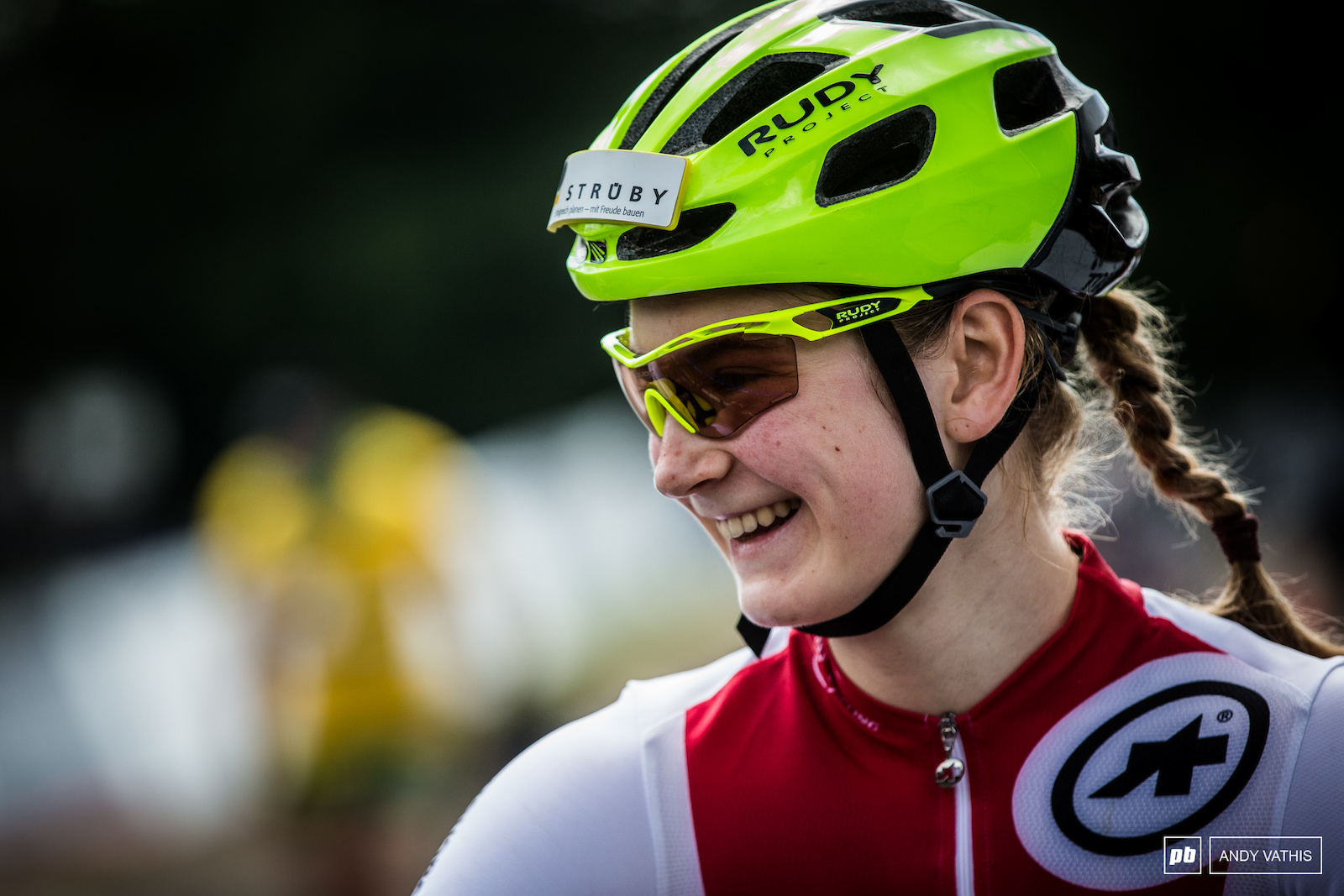 Jacqueline Schneebeli ready to take on the tough Quebec course. 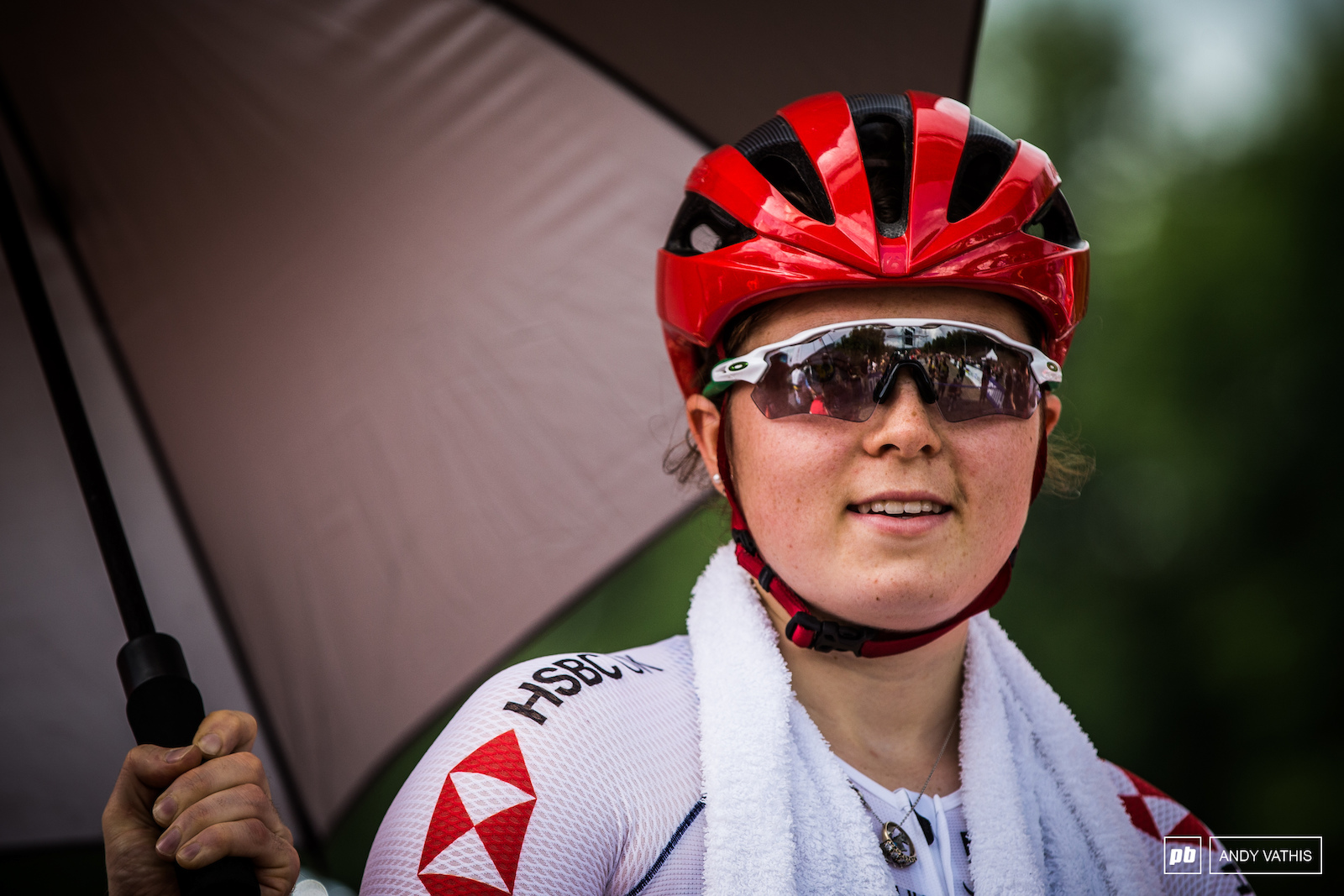 Smiles at the start line don't necessarily equate to an easy day on the bike. This course makes you work for it. 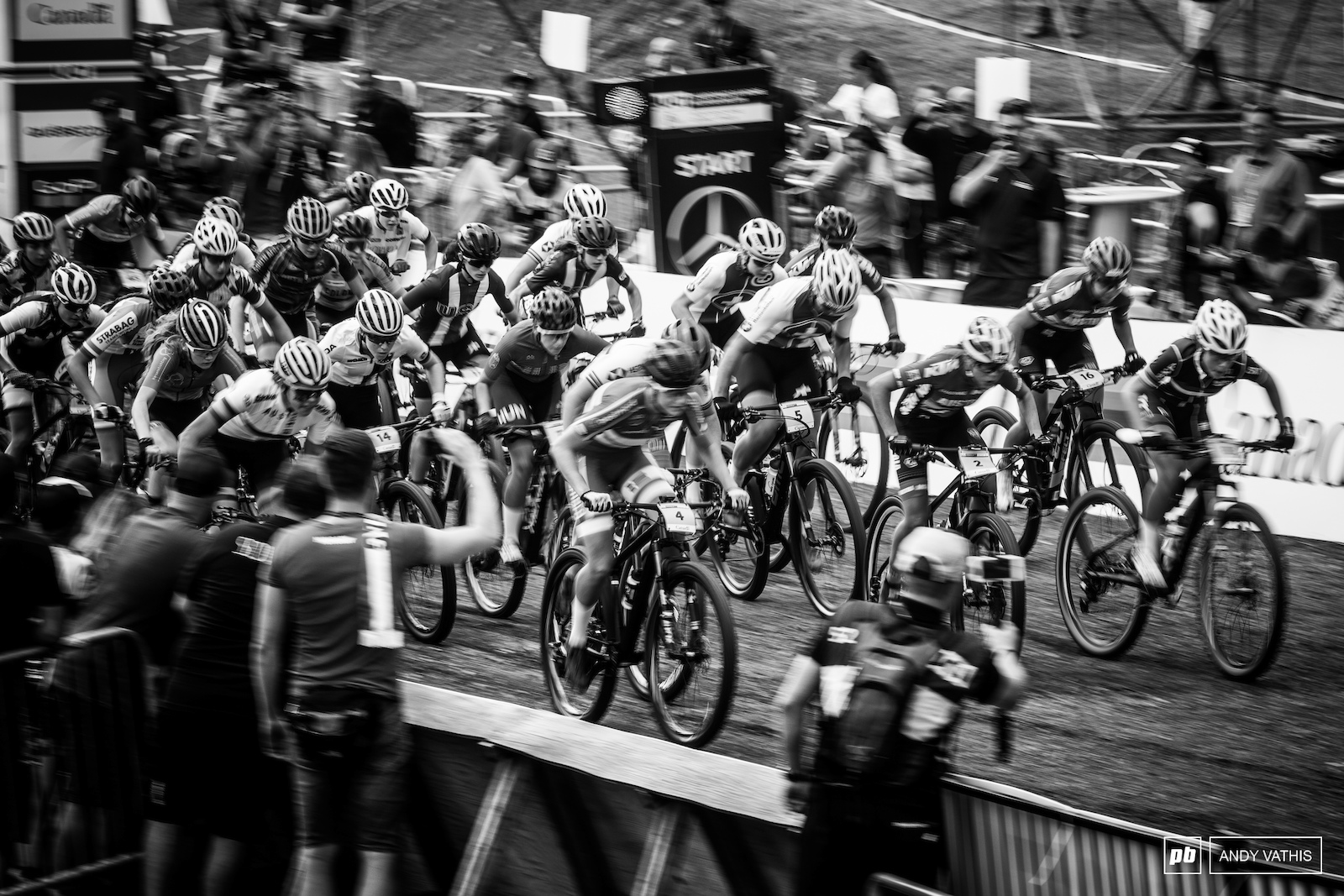 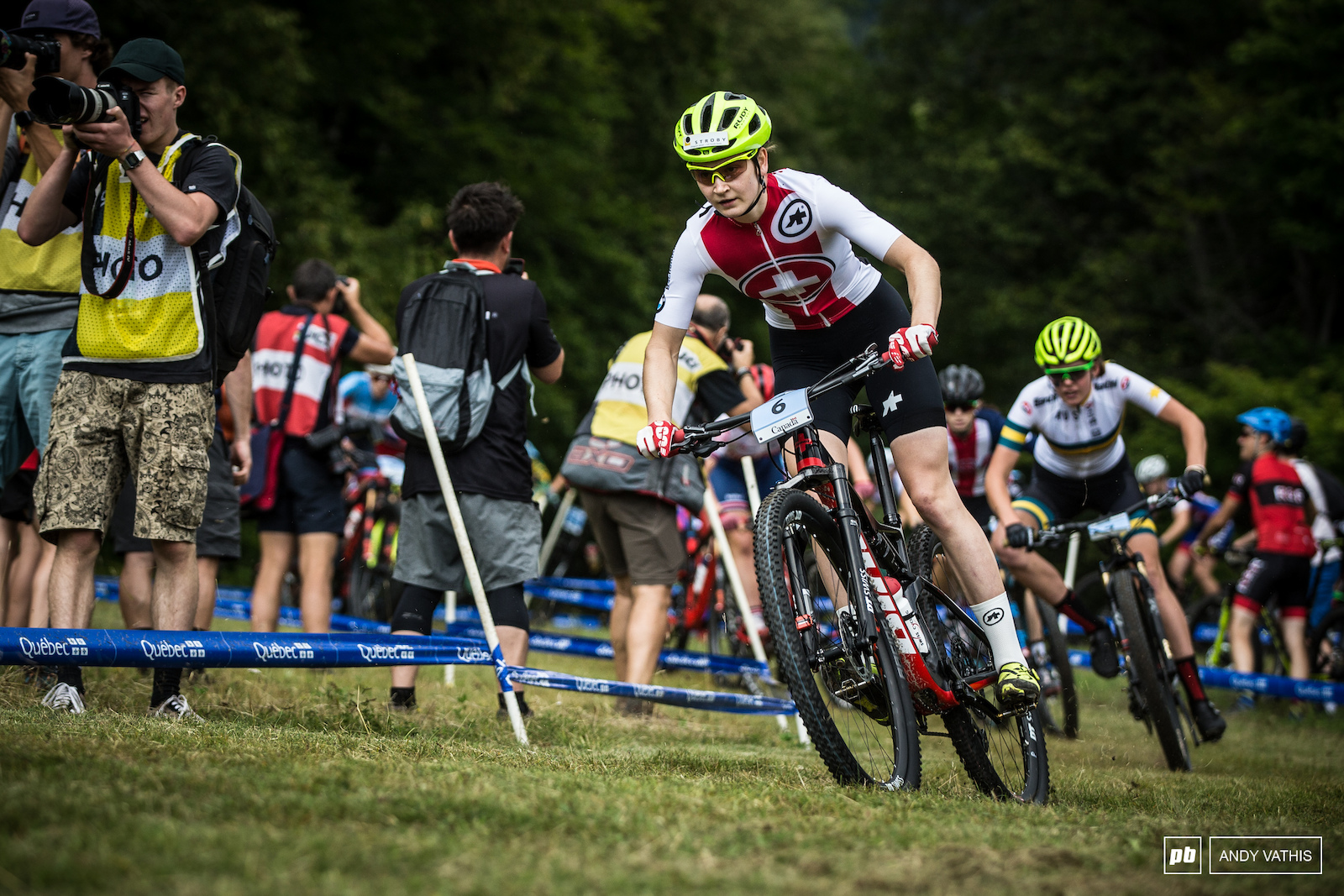 Schneebeli off to a great start. 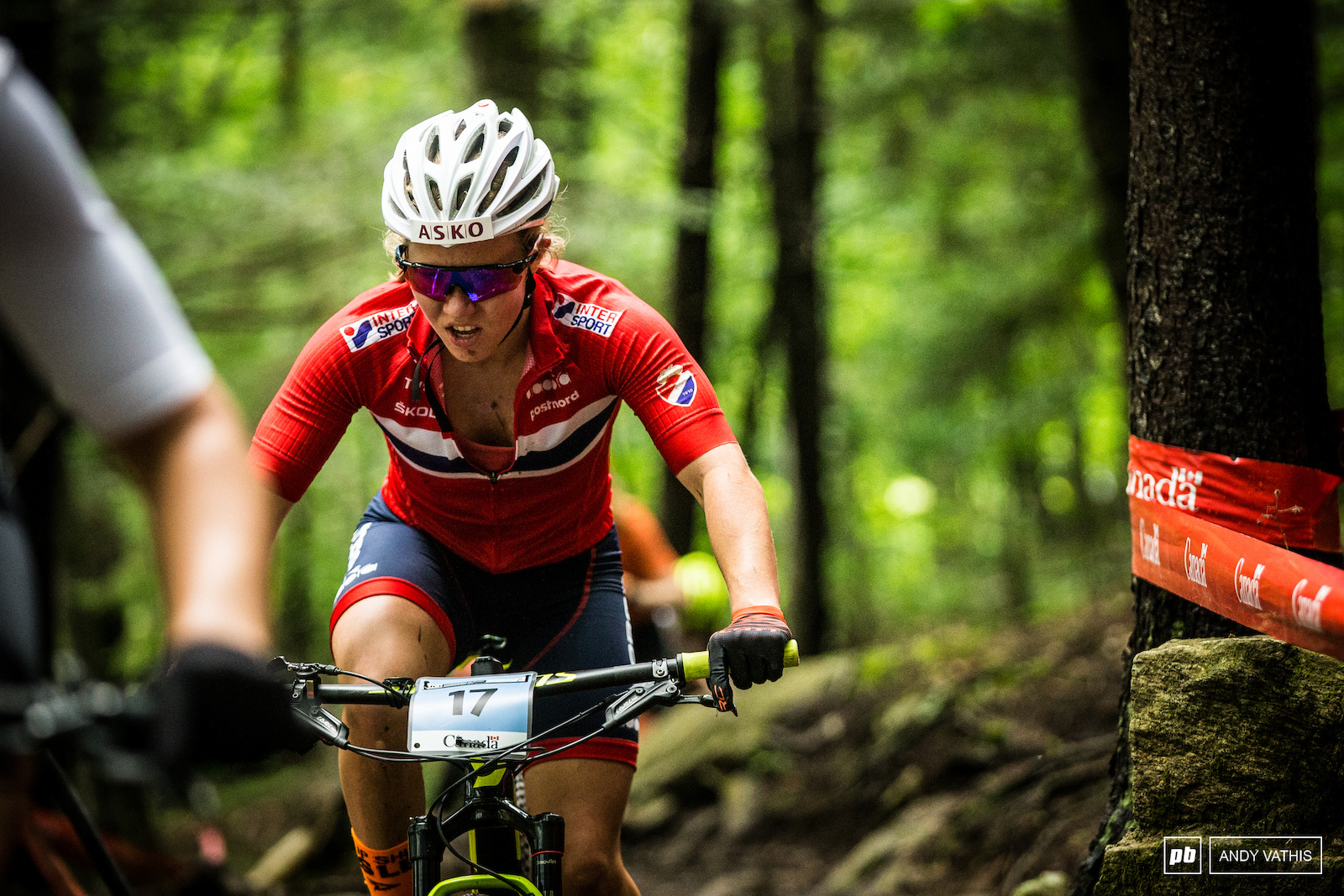 Helen Marie Fossesholm fought her way up the ranks into third. Not an easy feat on this course and with only 4 laps. 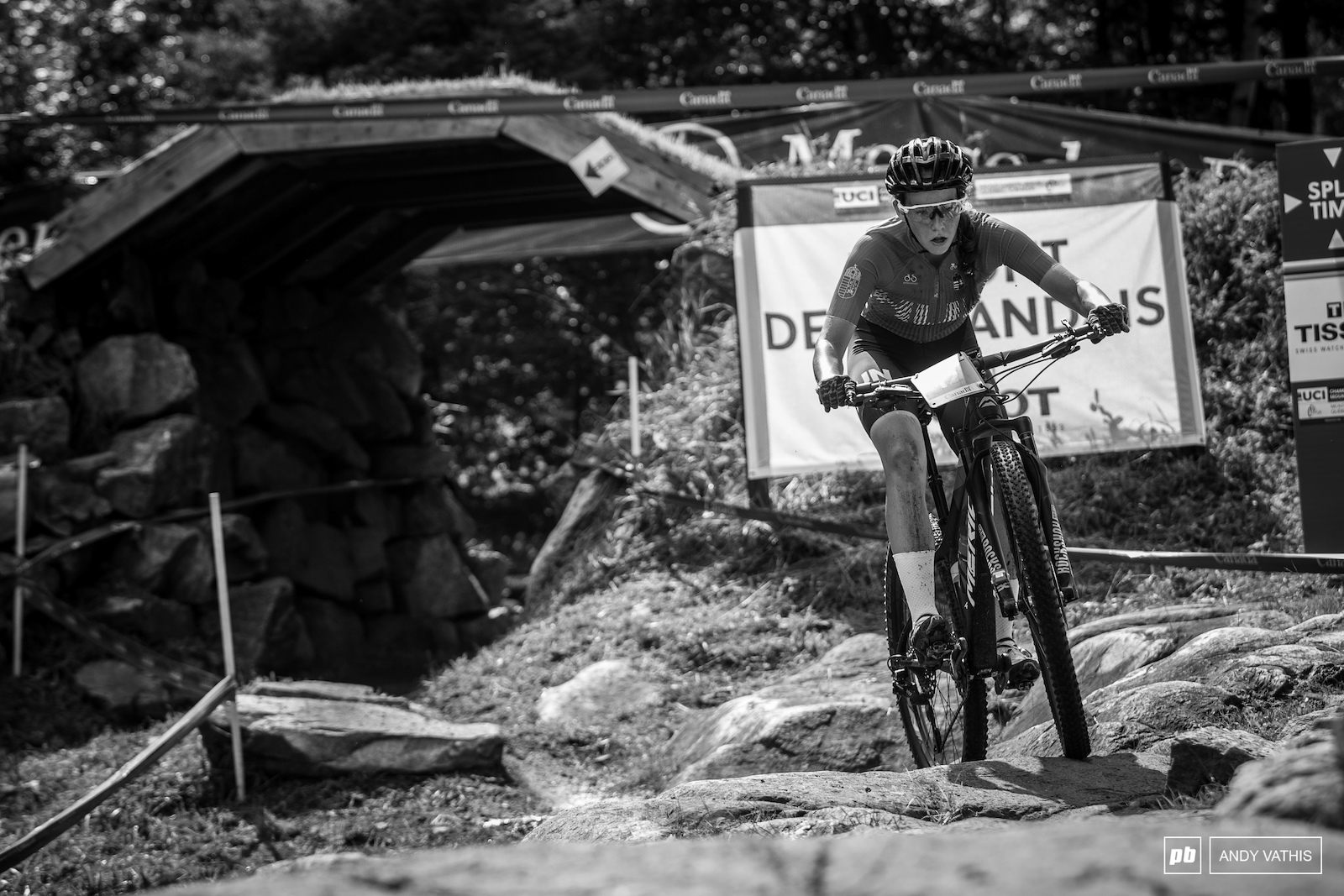 Kata Blanka Vas held on to the last podium spot for a couple of laps before falling back to fourth. 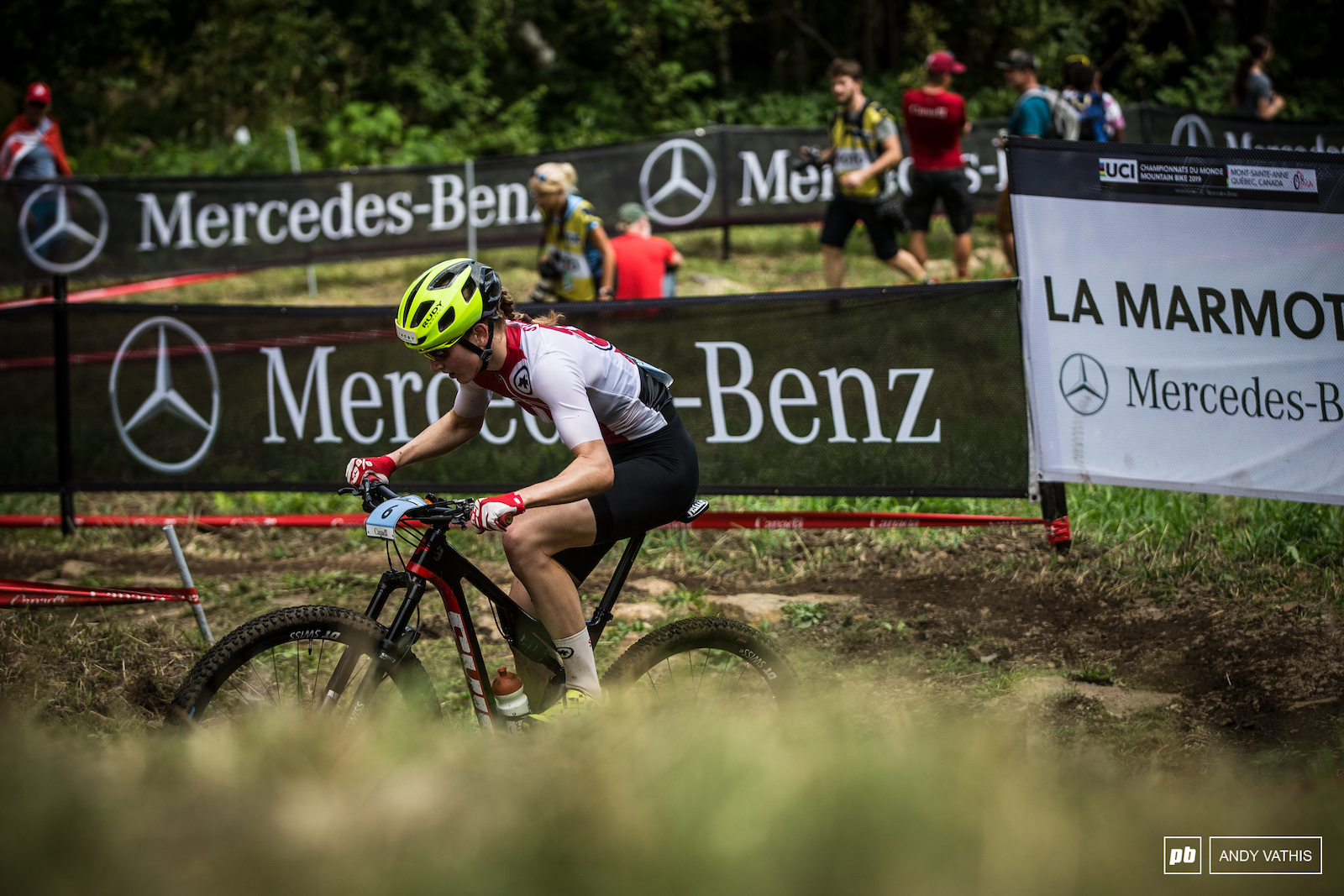 Schneebeli all alone up in front. 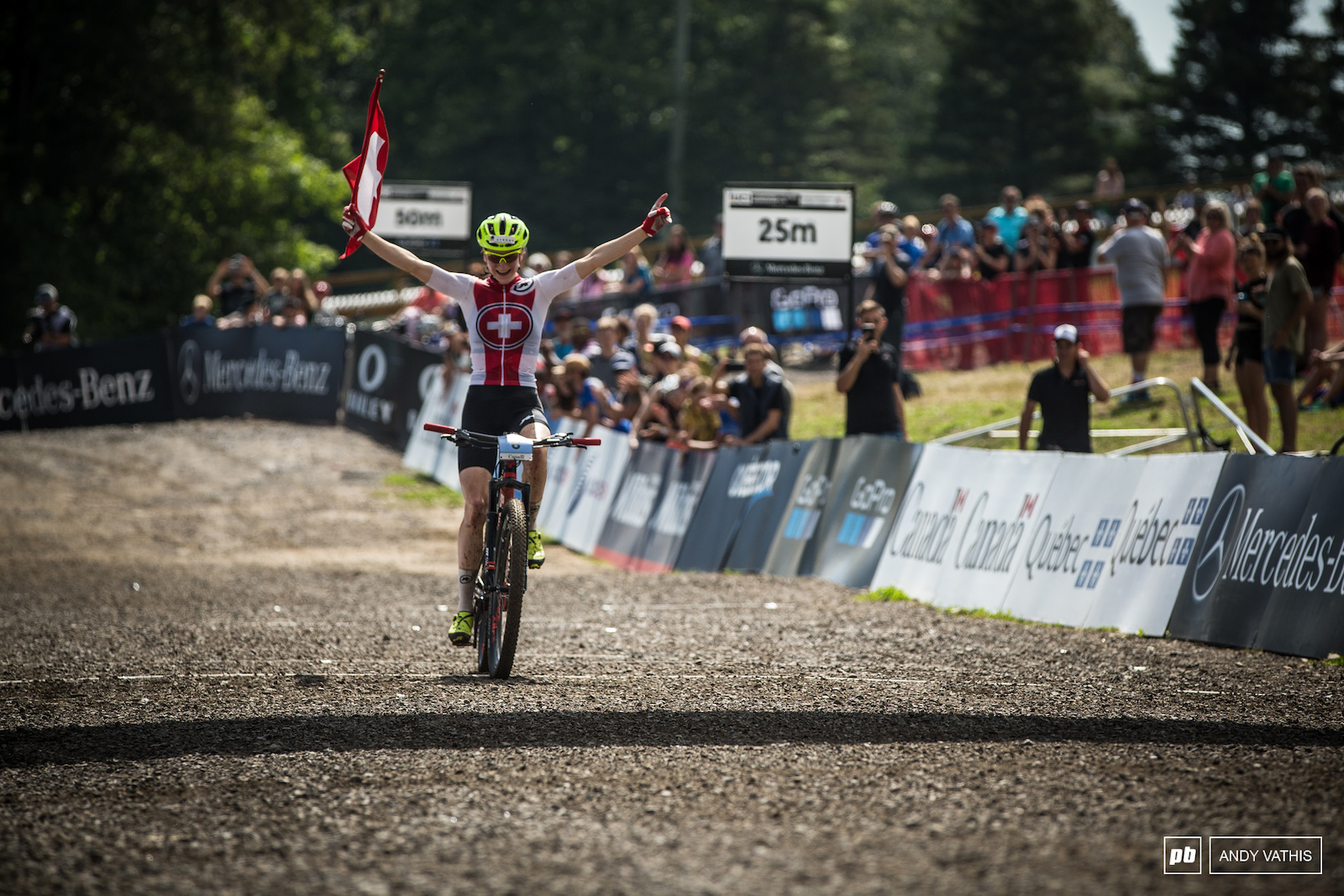 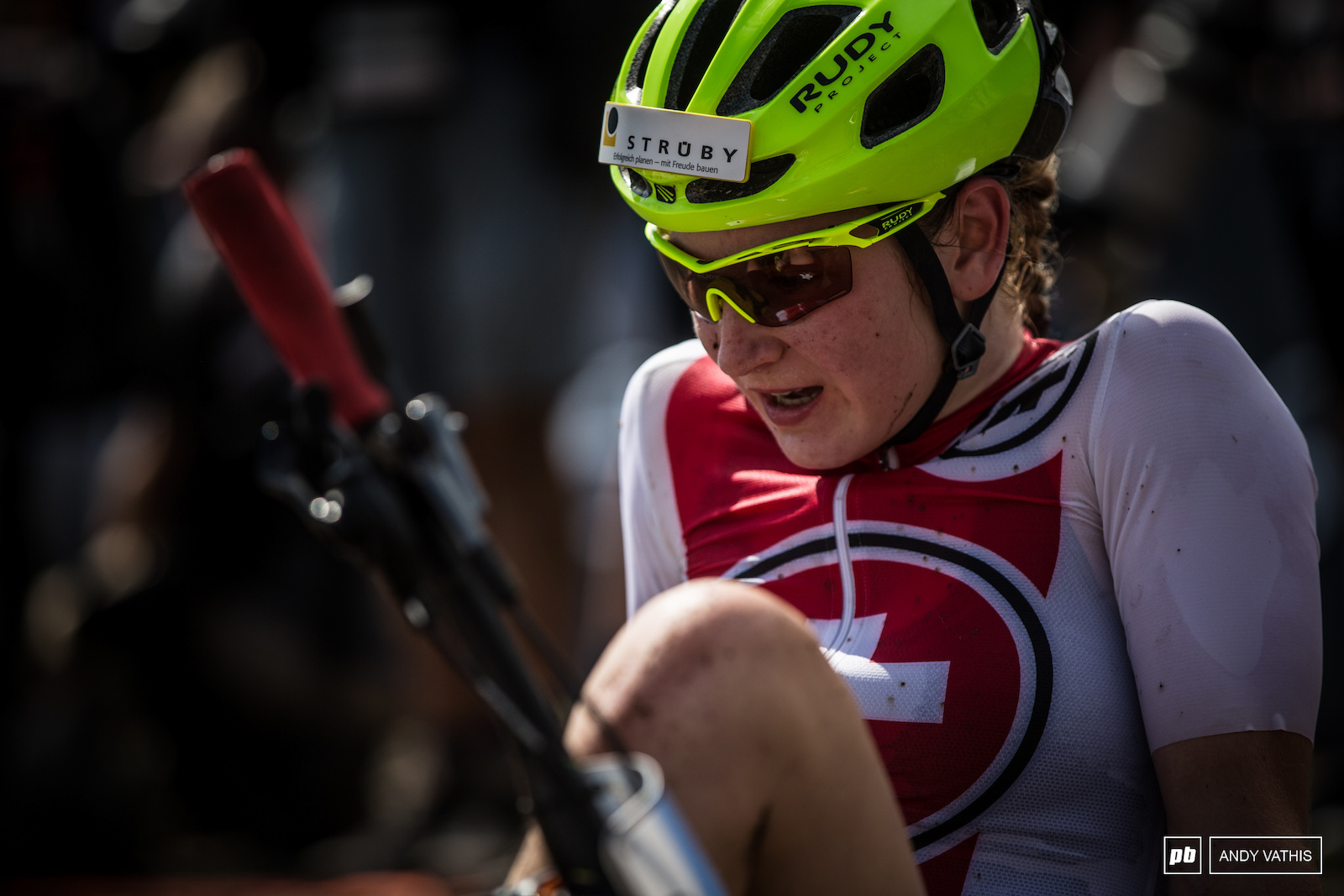 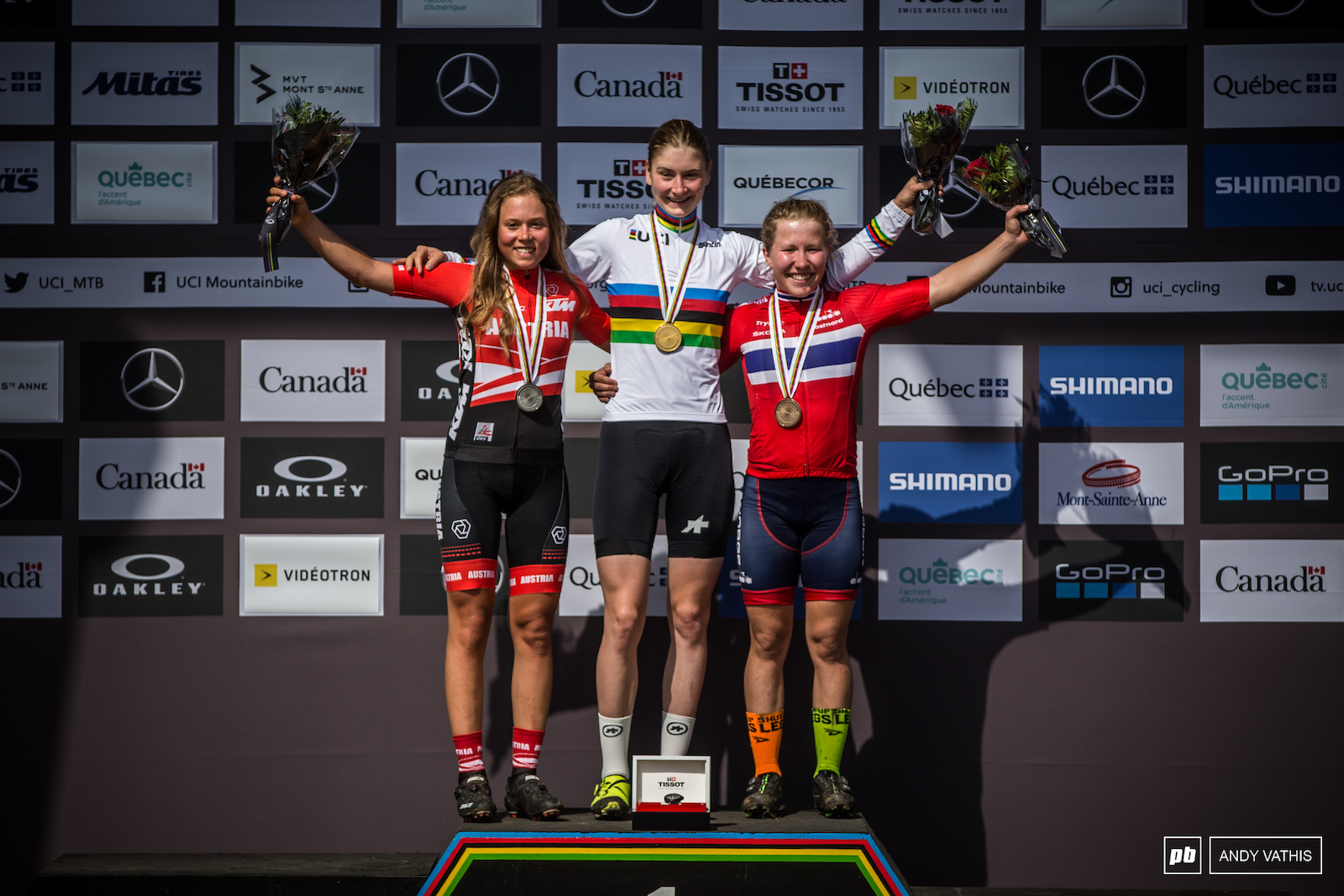 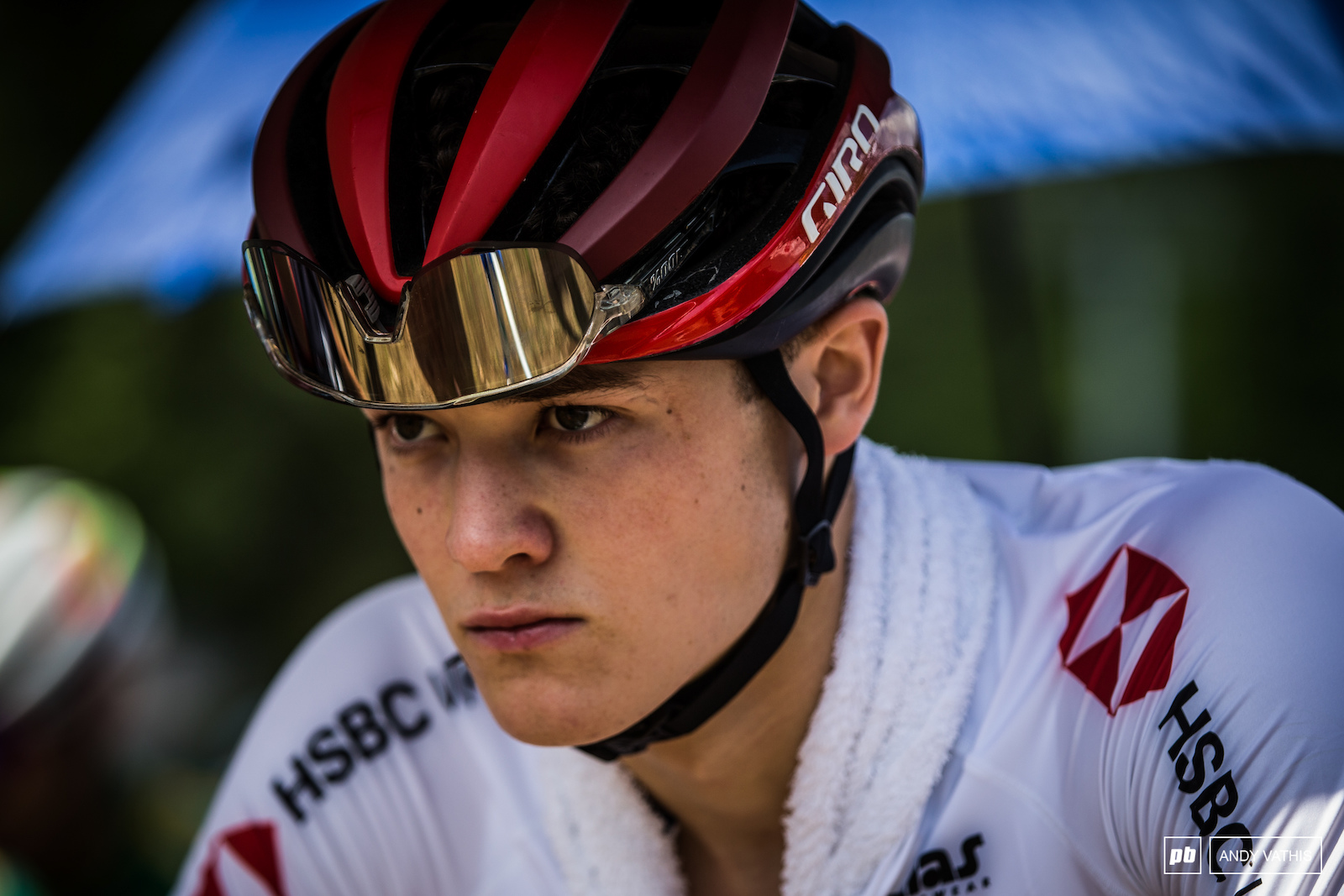 Charlie Aldridge put down impressive power on track today despite how slick it was. 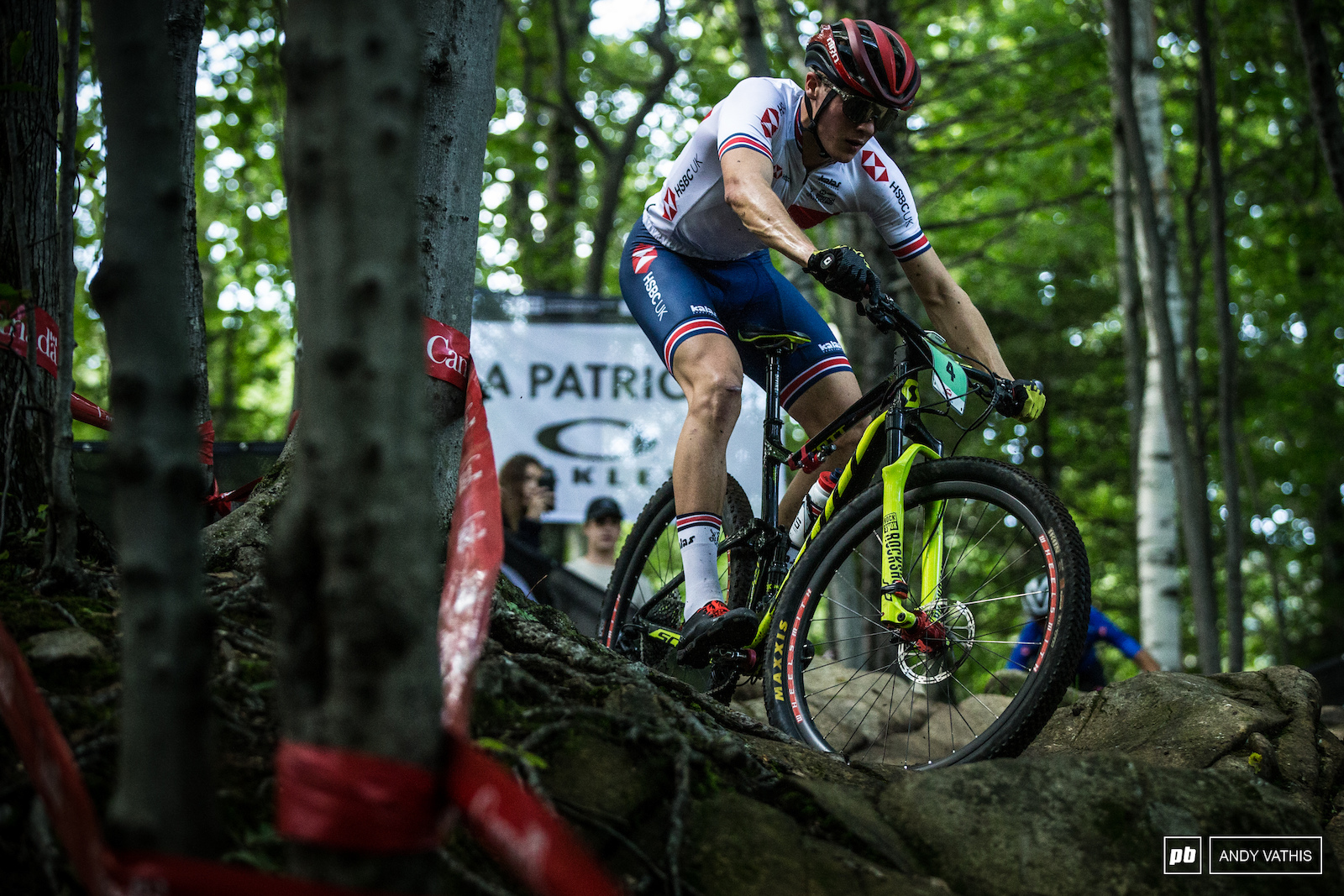 Aldridge negotiating the pointy rocks that face the wrong way. 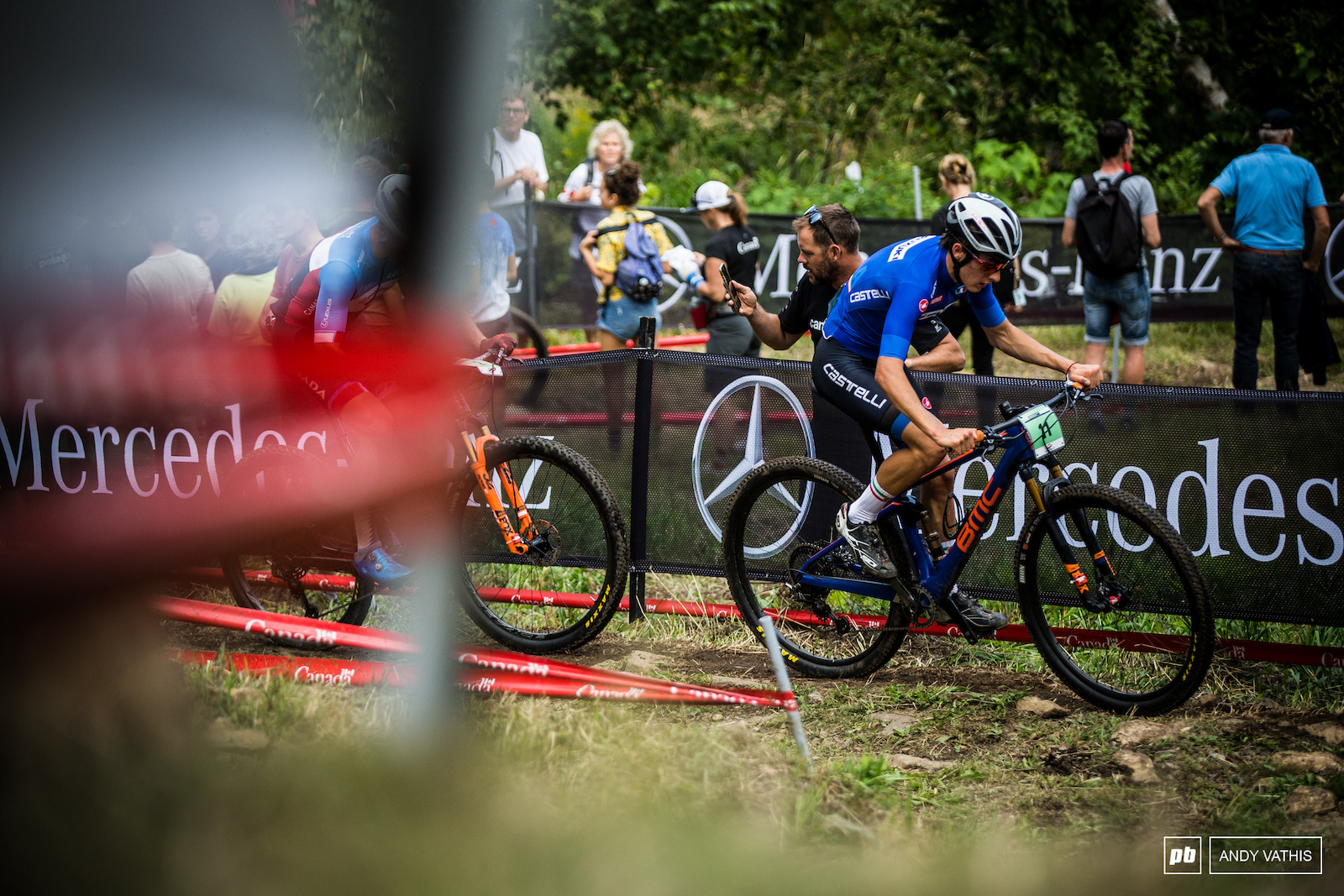 Andreas Vittone took on Carter Woods earlier on and would stay in front of him until the end. 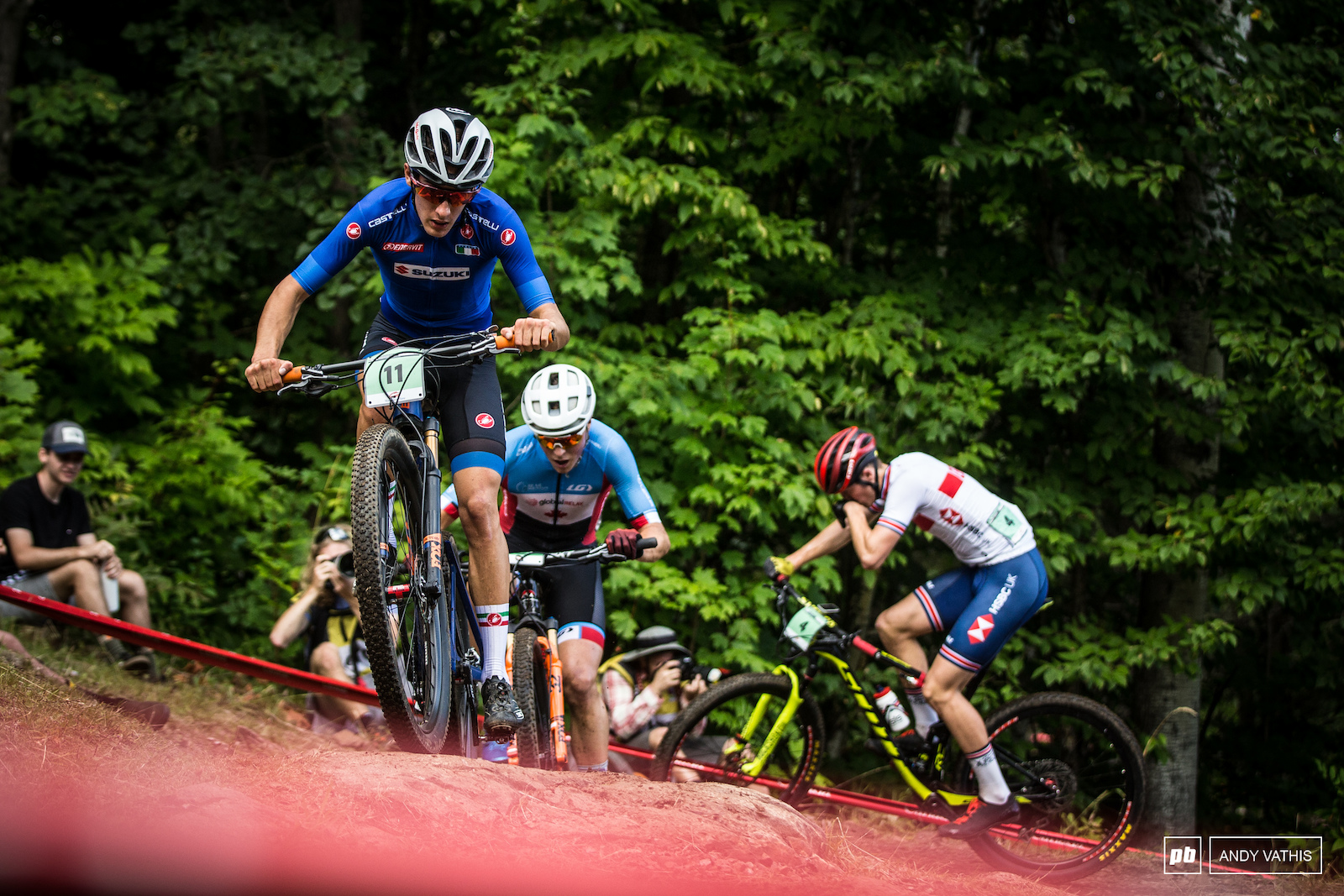 Many attacks happened in the climbing switch backs. Vittone trying to keep everyone else at bay. 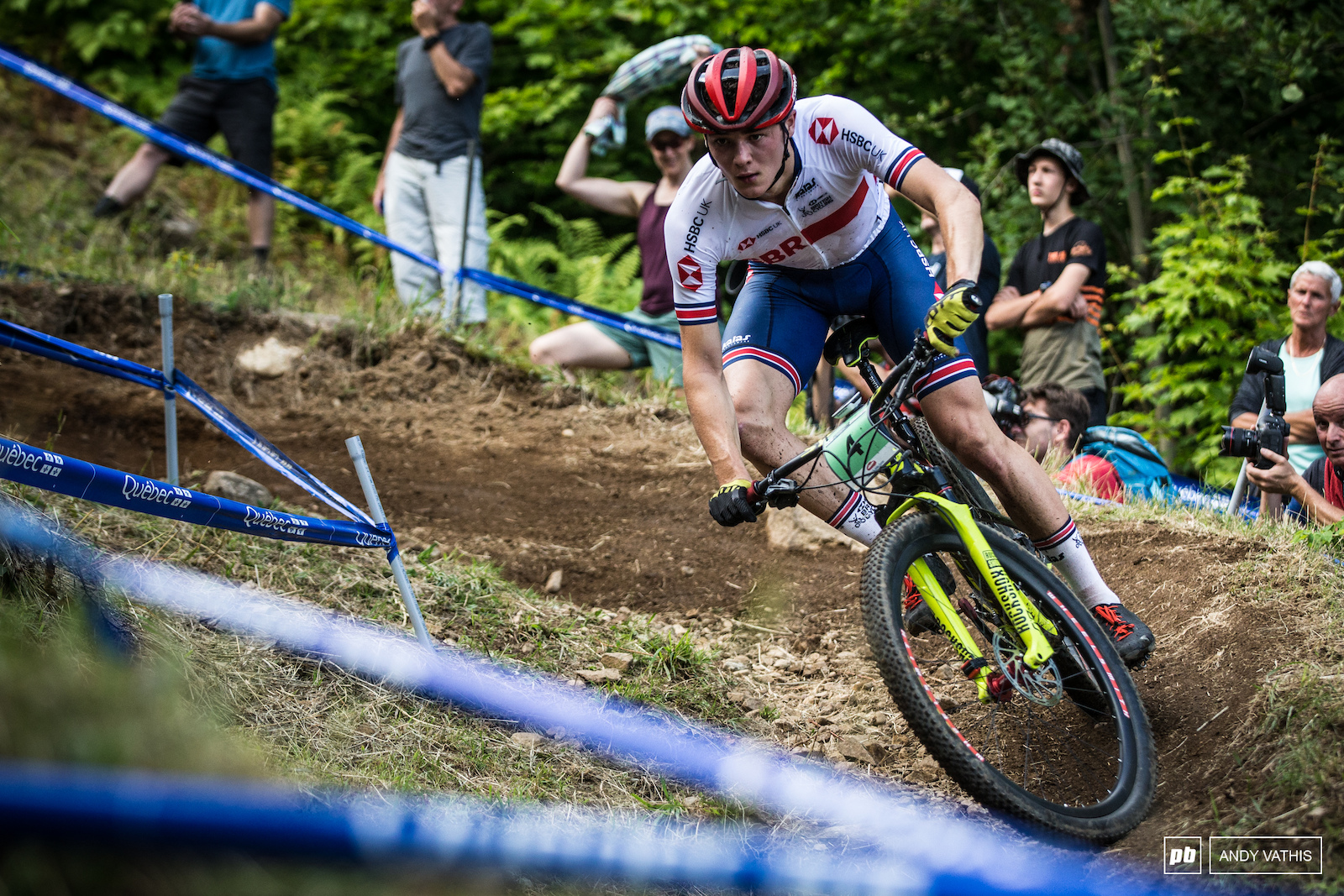 It was soon clear that no one was to touch Aldridge by the middle of the final lap. 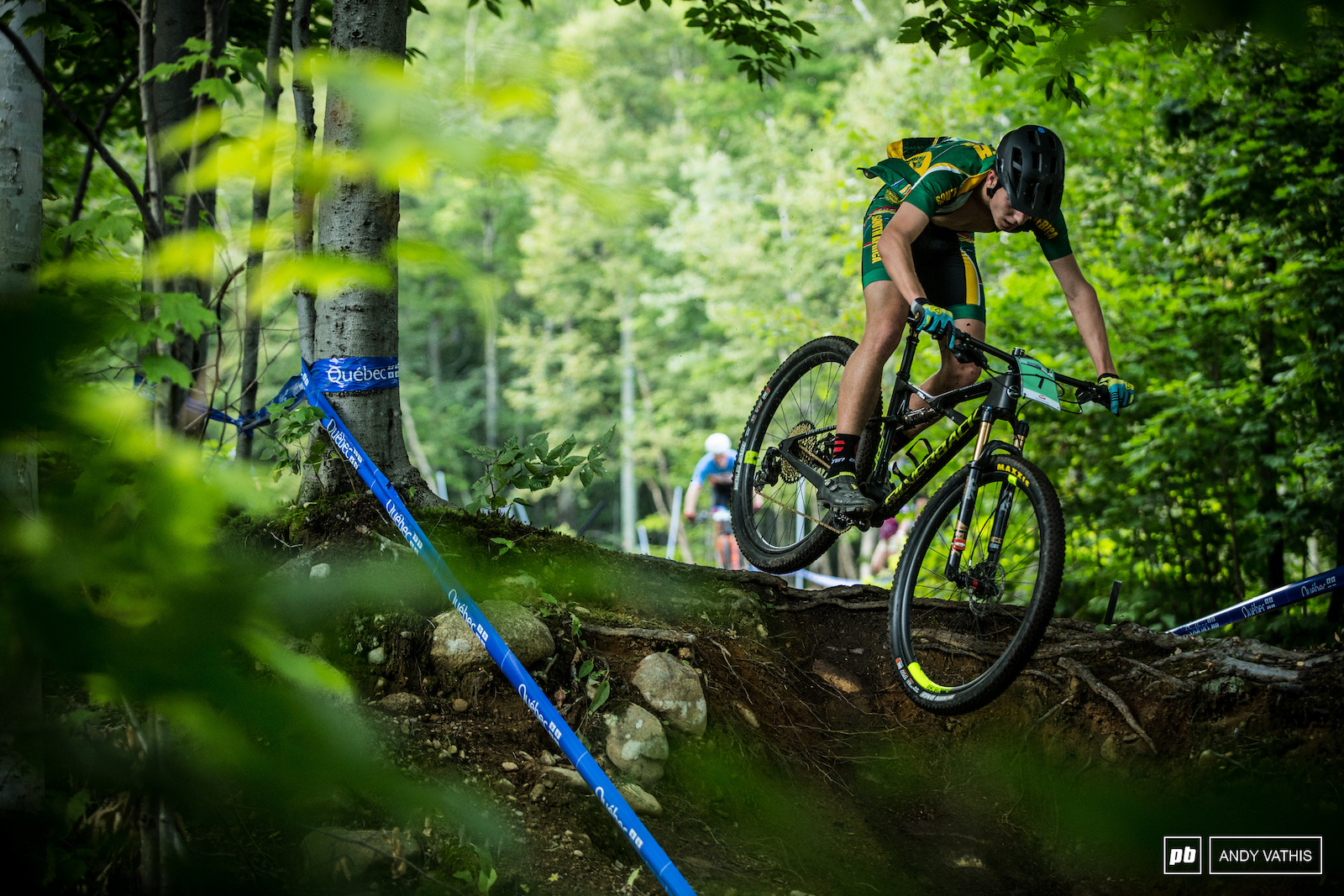 Luke Moir held fourth in front of Woods until he was overtaken near the end. 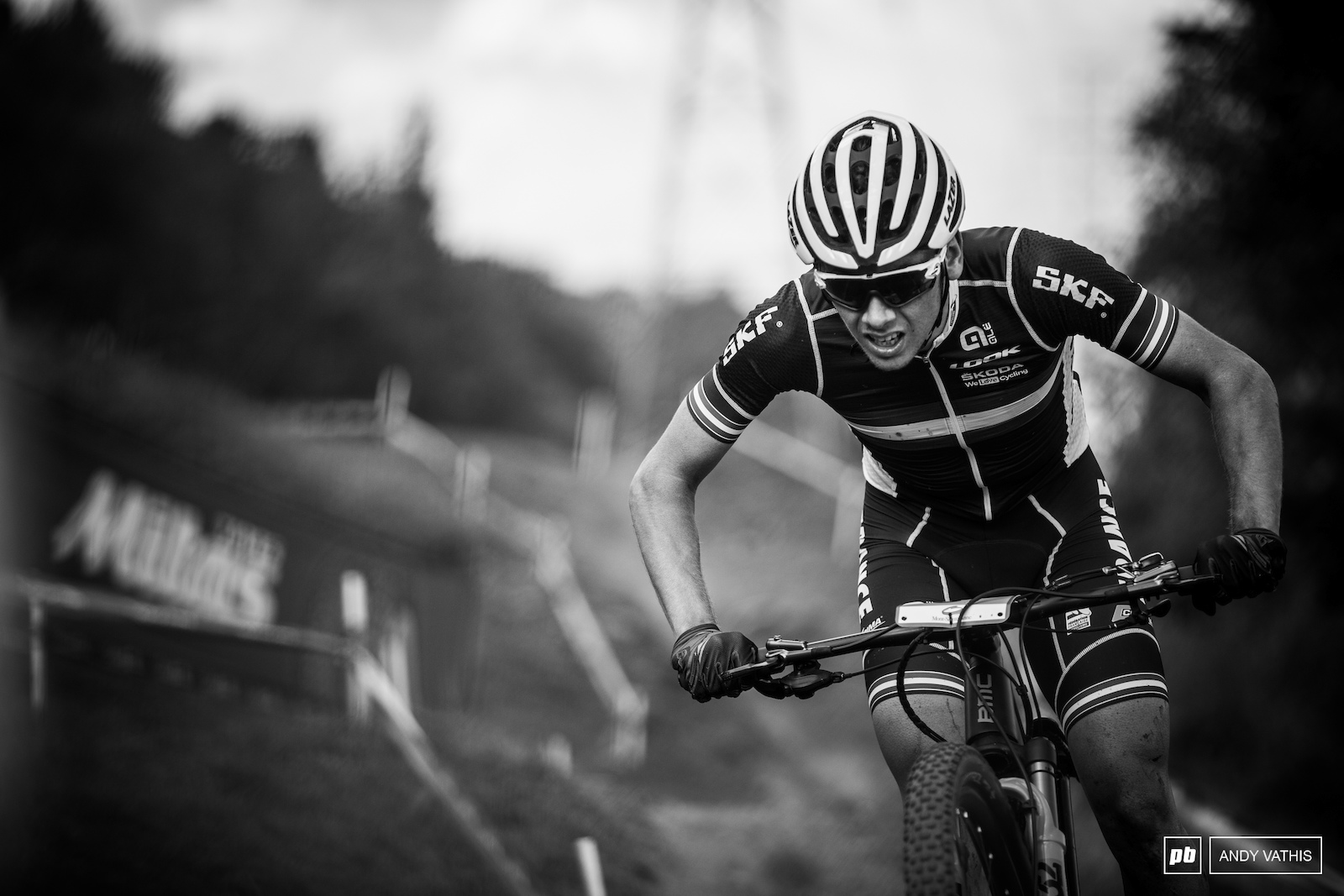 Great race for Luca Martin making his way to second late in the frame. 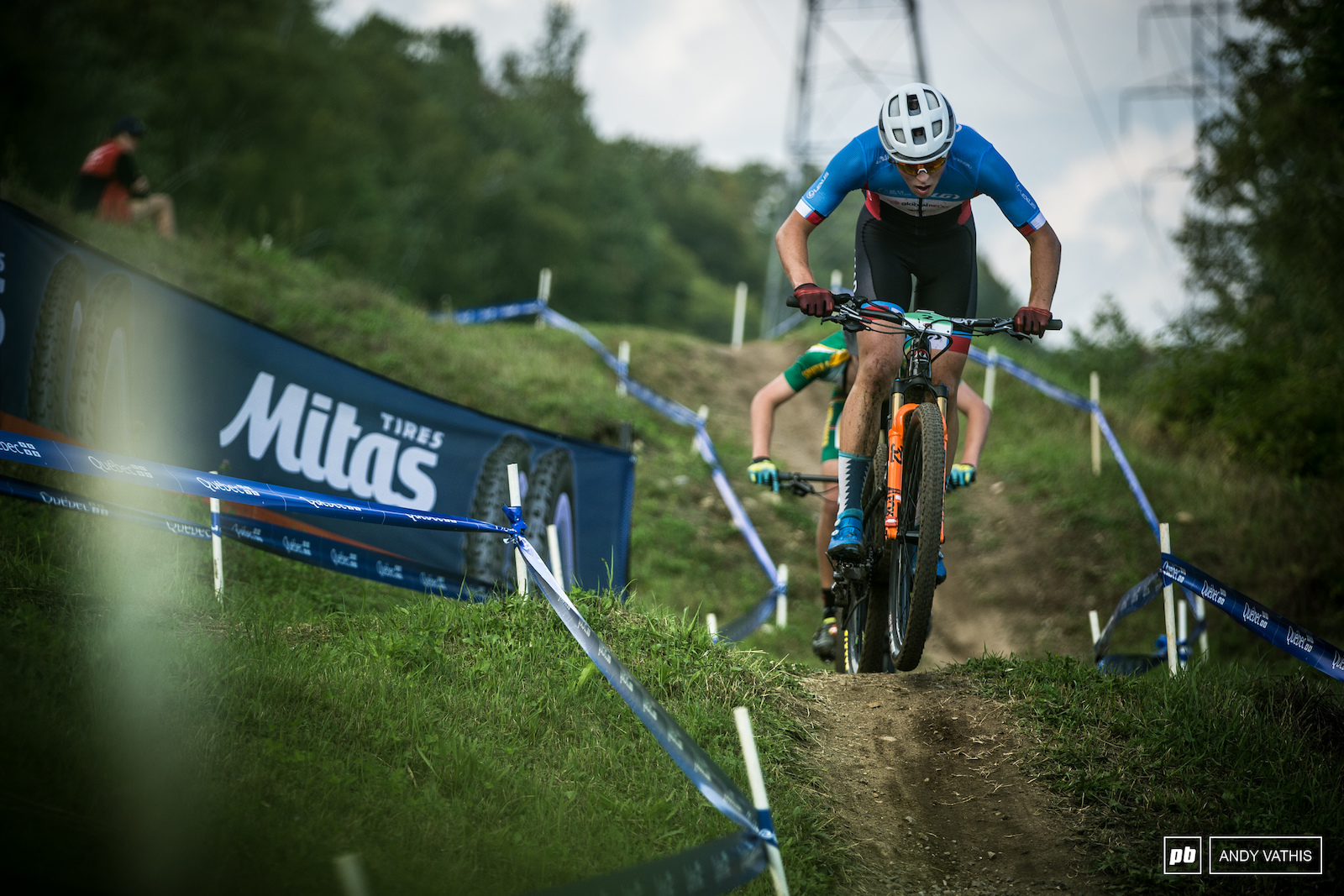 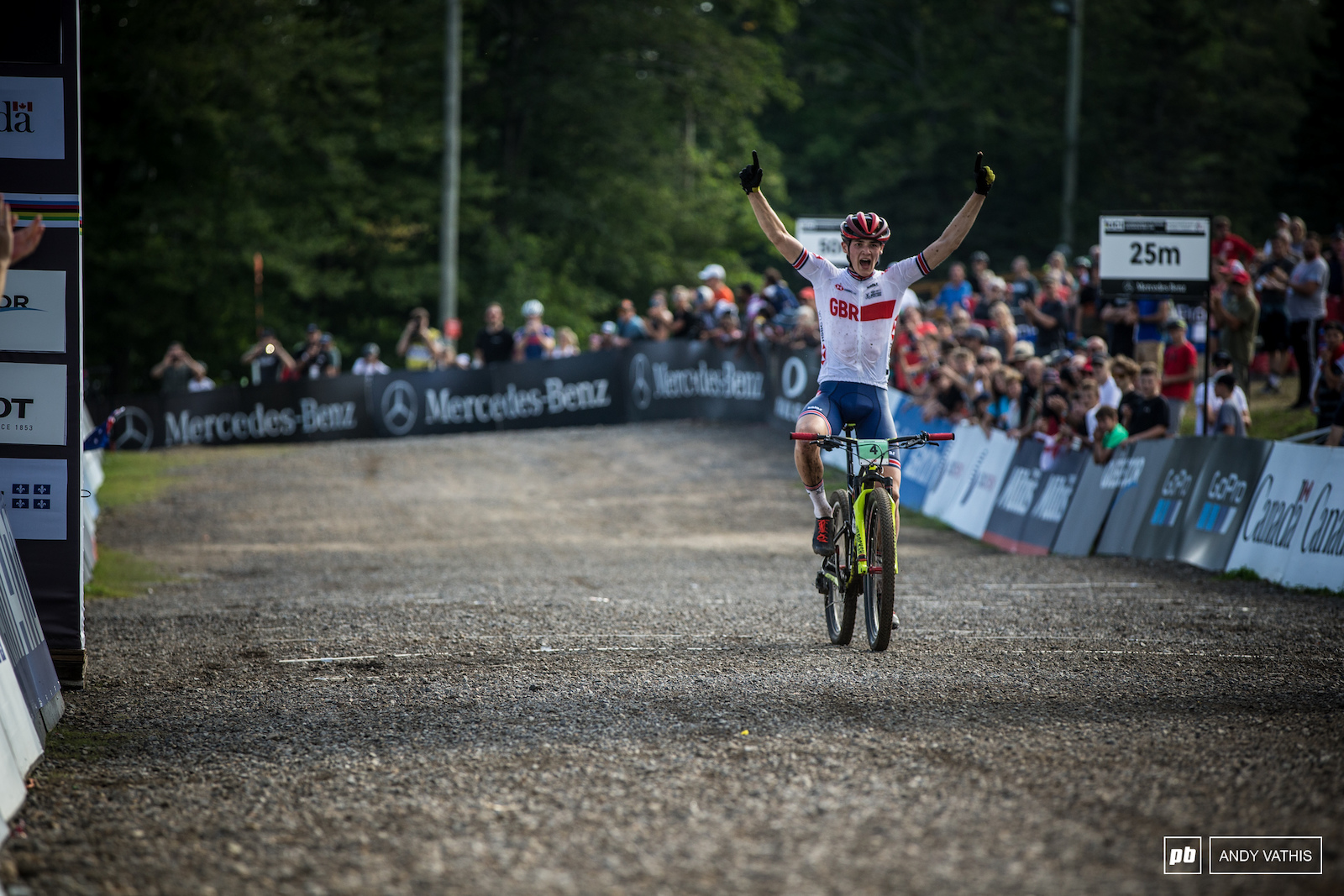 Charlie Aldridge across the line for the championship. 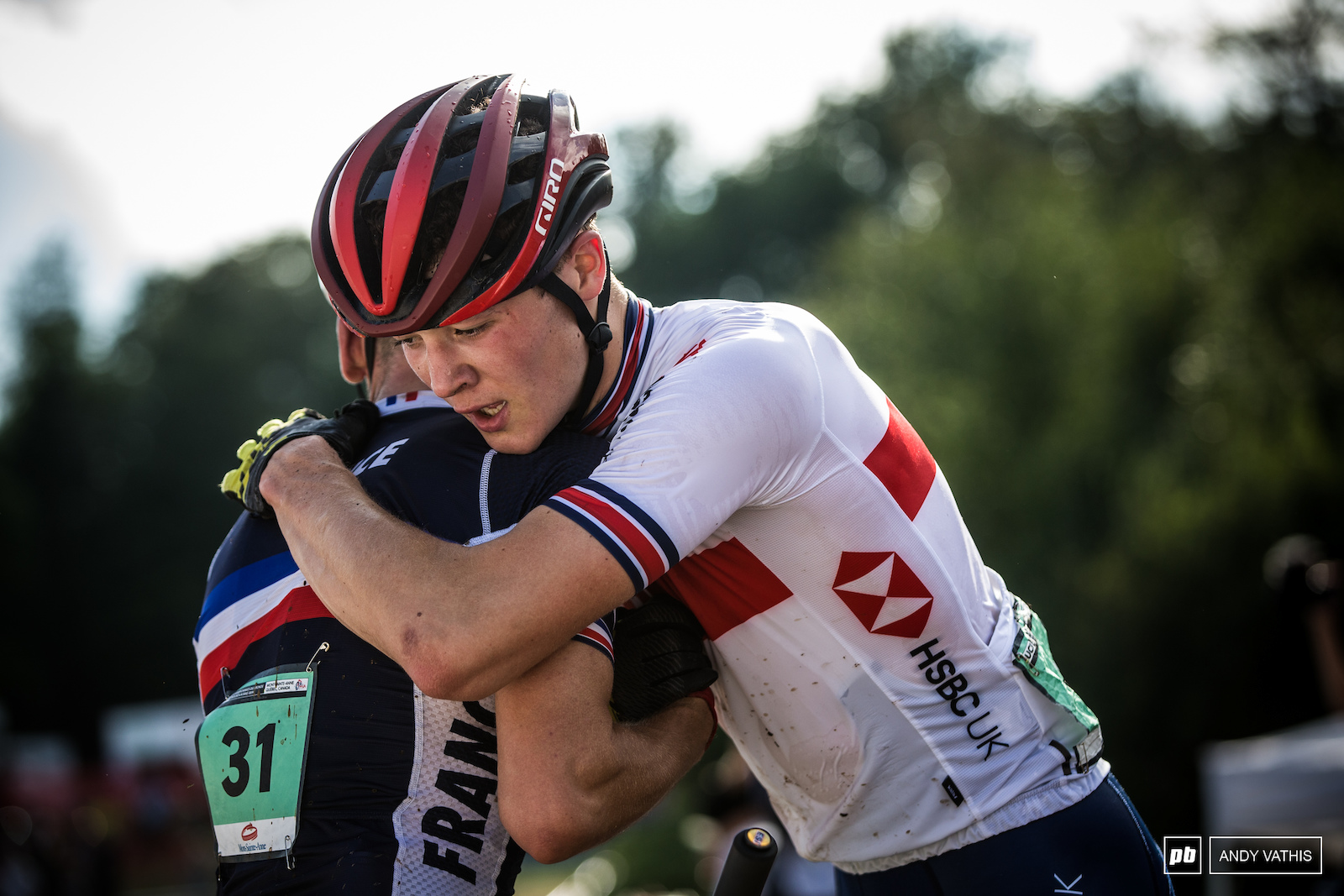 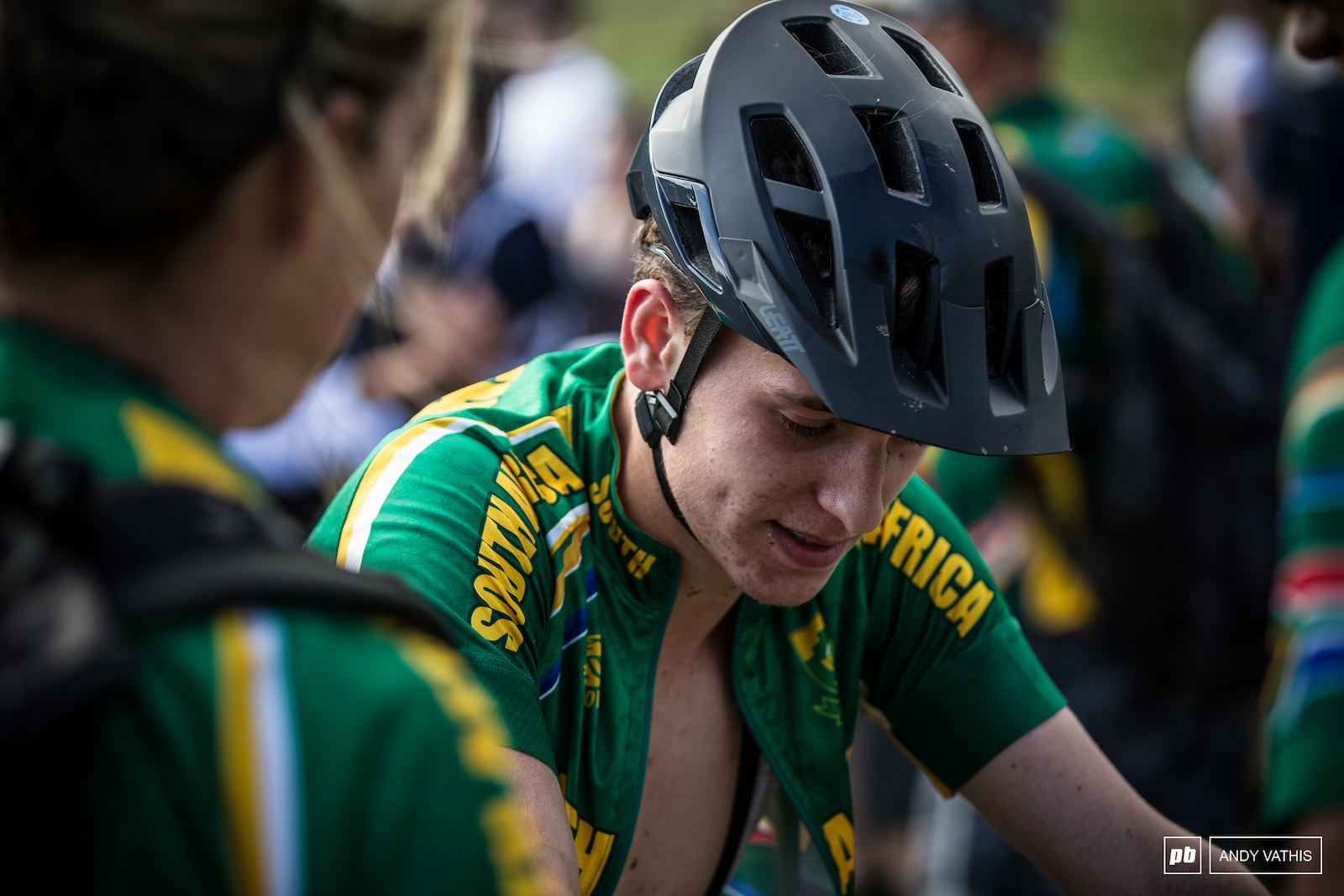 Tough day at the office for most. 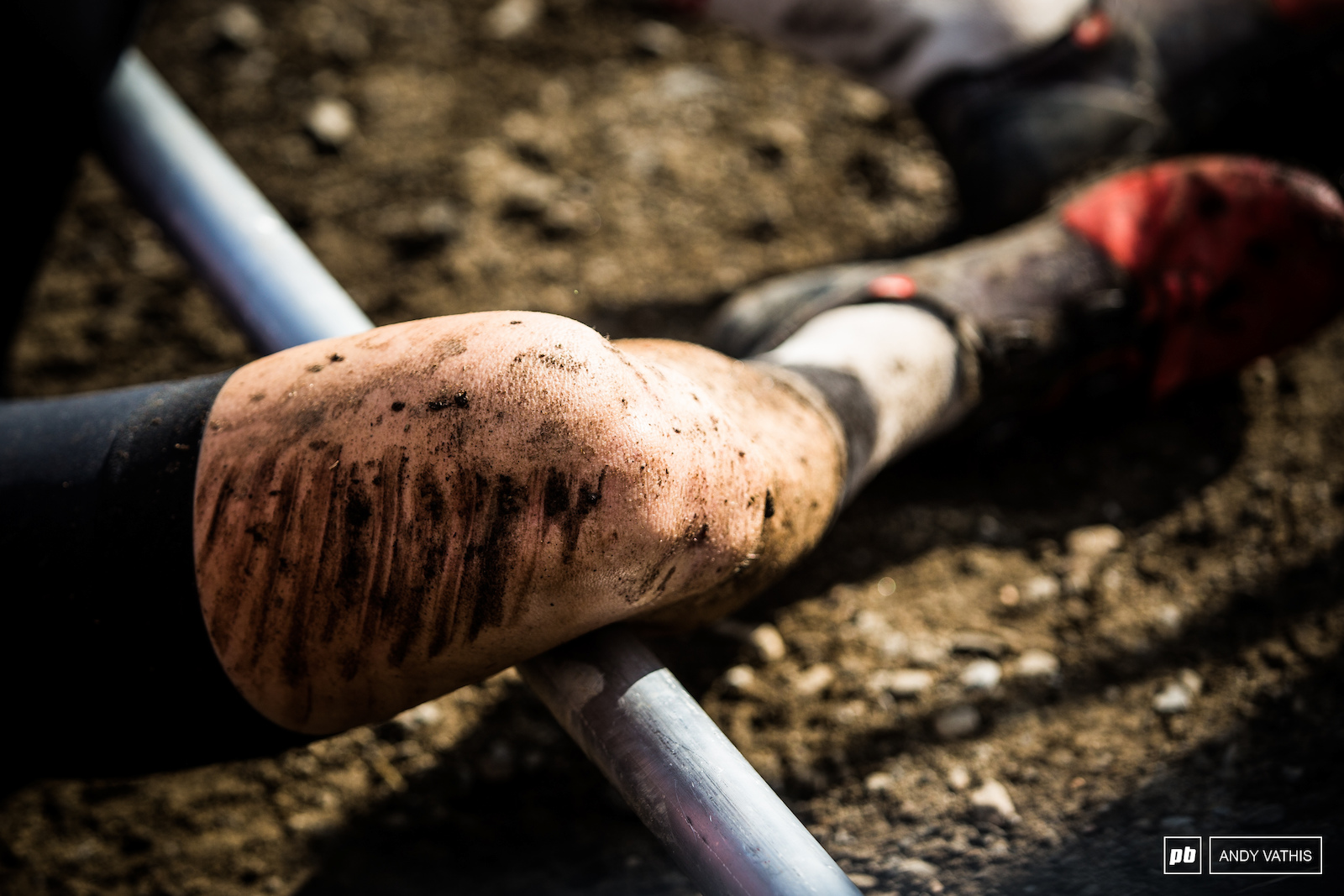 This track will bite you back on even the smallest mistakes. 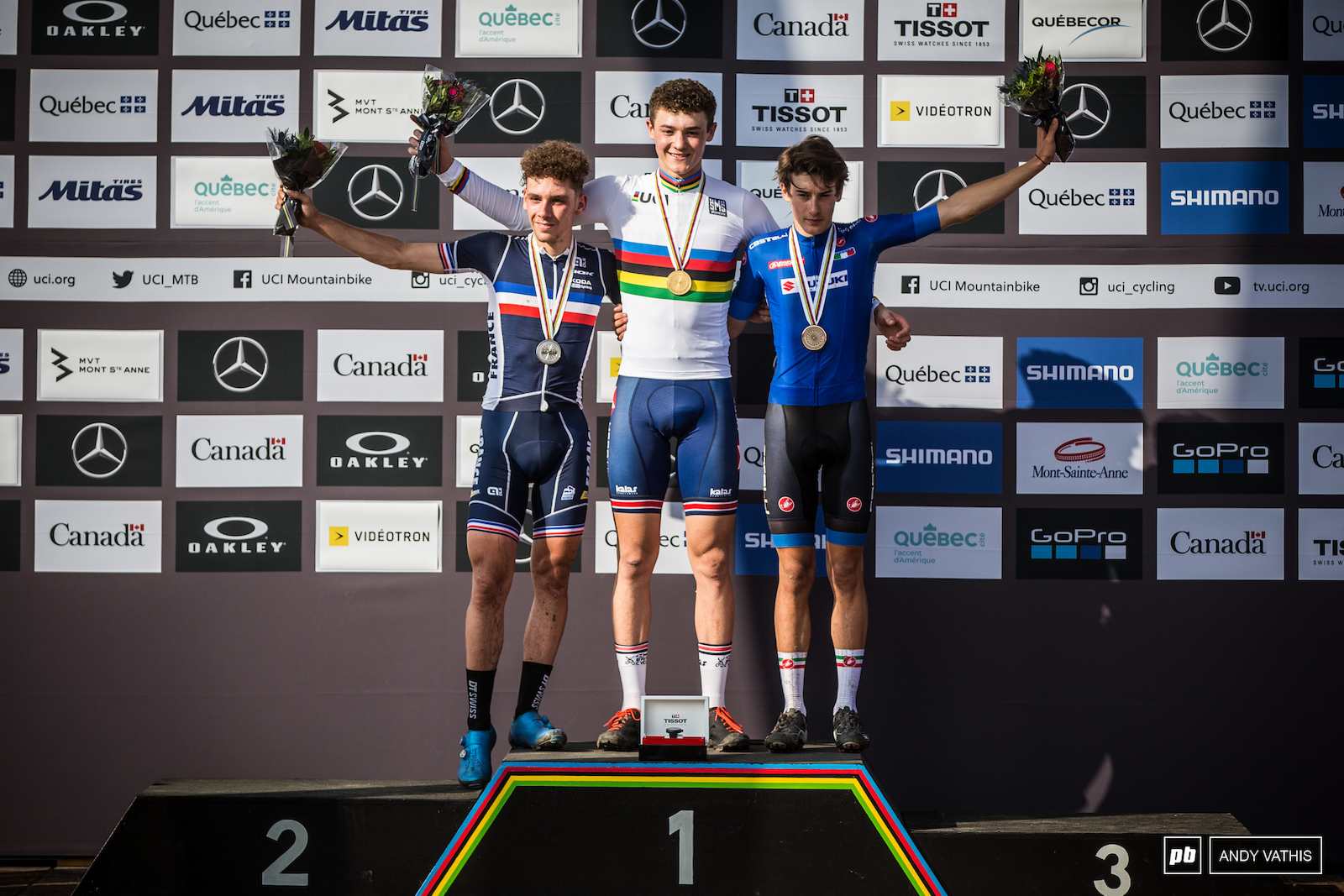 ellstruth (Aug 30, 2019 at 8:31)
It would be lovely if the PB writers could collectively quit calling out Lycra. What is the deal? There’s enough ridicule and sarcasm in the world. Can’t the sport of MTB be a bit more open and gentle on our conscience.

ridingloam (Aug 30, 2019 at 8:32)
Amazing how much suffering these kids are willing to endure. Much respect.

trails801 (Aug 30, 2019 at 11:56)
Those suffering are not pictured. These are the punishers. Top 3 punishers. Sufferers are all riders not on the podium. Respectfully.