There are few things in life as good for the soul as riding bikes with friends old and new, eating well and being merry – so the return of The Merida EX Enduro, put on hiatus for obvious reasons in 2020 - was a rather joyous occasion, supported this year by Shimano STEPS.

Renowned for a mix of superb but challenging riding and hospitality that’s second to none, the fifth instalment returned to the small village of Allerford, nestled amongst the rolling Exmoor hills and a superb location for riding and racing – followed by top-notch relaxing. 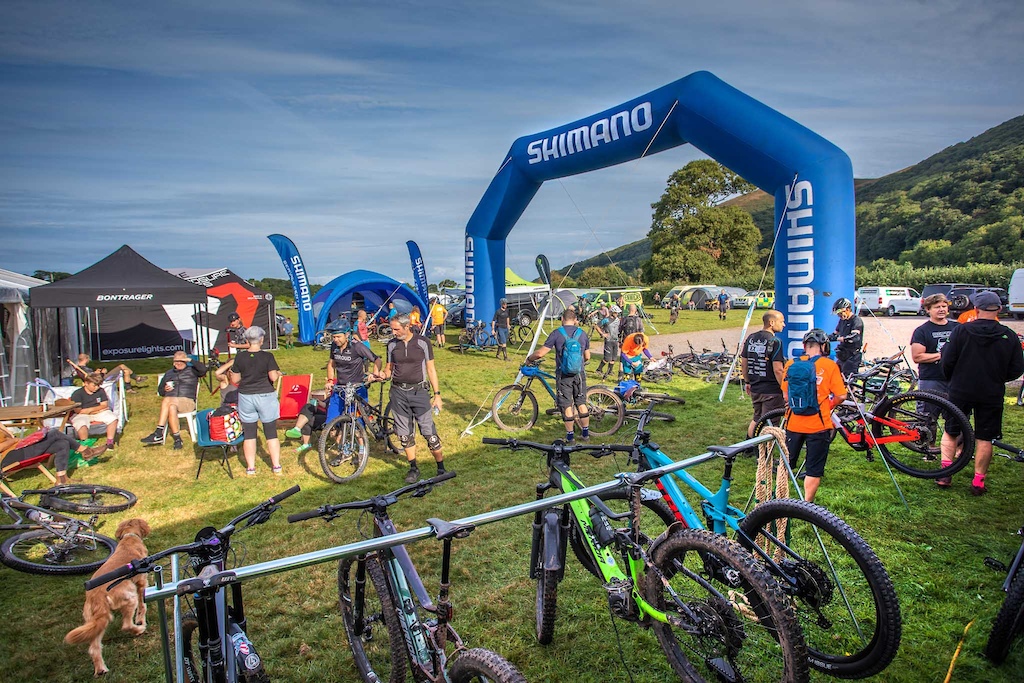 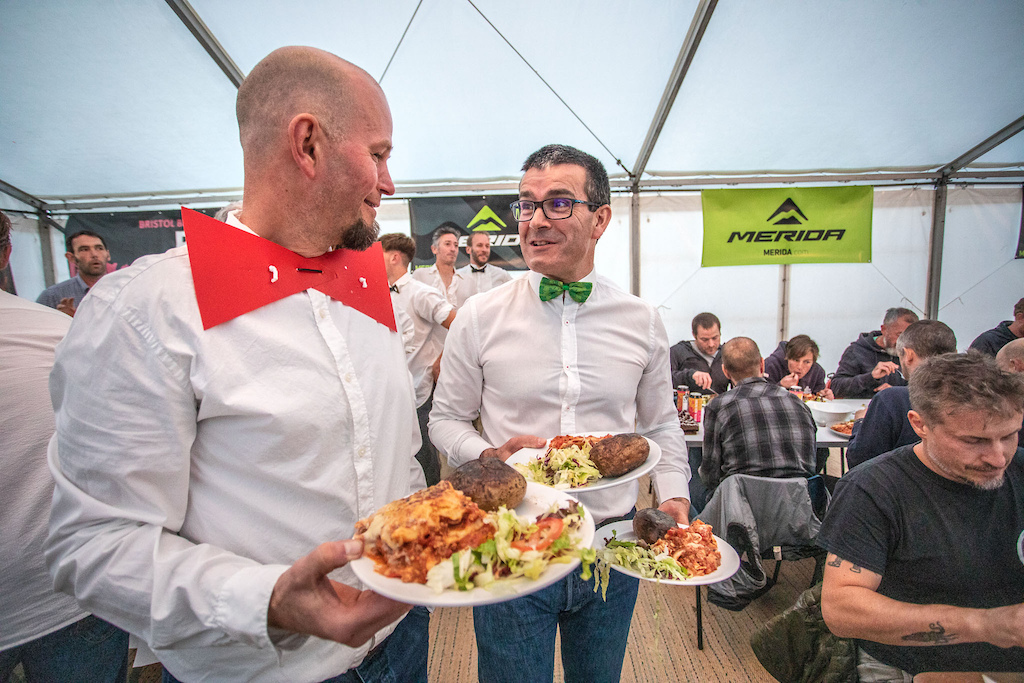 There are plenty of enduro races and a fair number of multi-day events but there are few – possibly none – that do it quite like The Merida EX. With an all-inclusive approach, all riders need to do is turn up, put up a tent and then turn the pedals, with everything from a hearty breakfast to substantial dinner laid on, all with plenty of lubrication on hand; Bristol Beer Factory for the riders and Fenwick’s for the bikes. 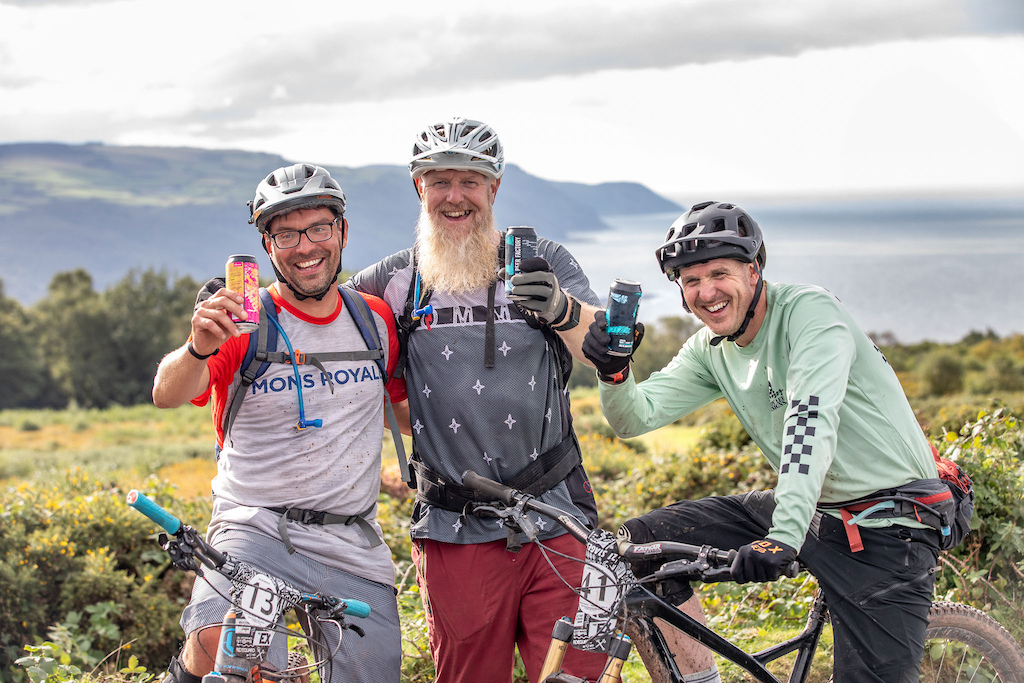 As the event kicked off on Friday afternoon, the British weather threw a bit of a curveball into the mix. Heavy rain the evening before meant that the opening stages provided an extra layer of difficulty in the form of wet roots and slick mud, with the lack of grip proving a real eye-opener, though with many riders not having been between race tape for over 18 months there were also plenty of cobwebs to be blown out. 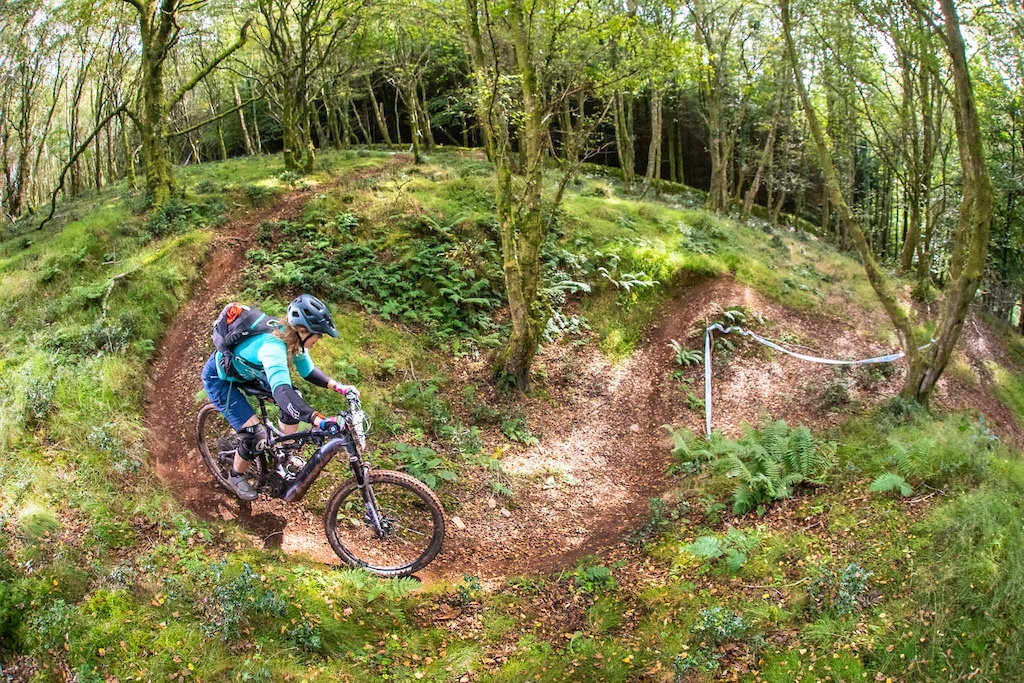 The riders gamely battled on through the opening six daytime stages, producing some tight racing straight from the off, despite the limited traction. The conditions steadily improved, with the sixth and most technical stage even providing some dusty loam to get tyres stuck into. 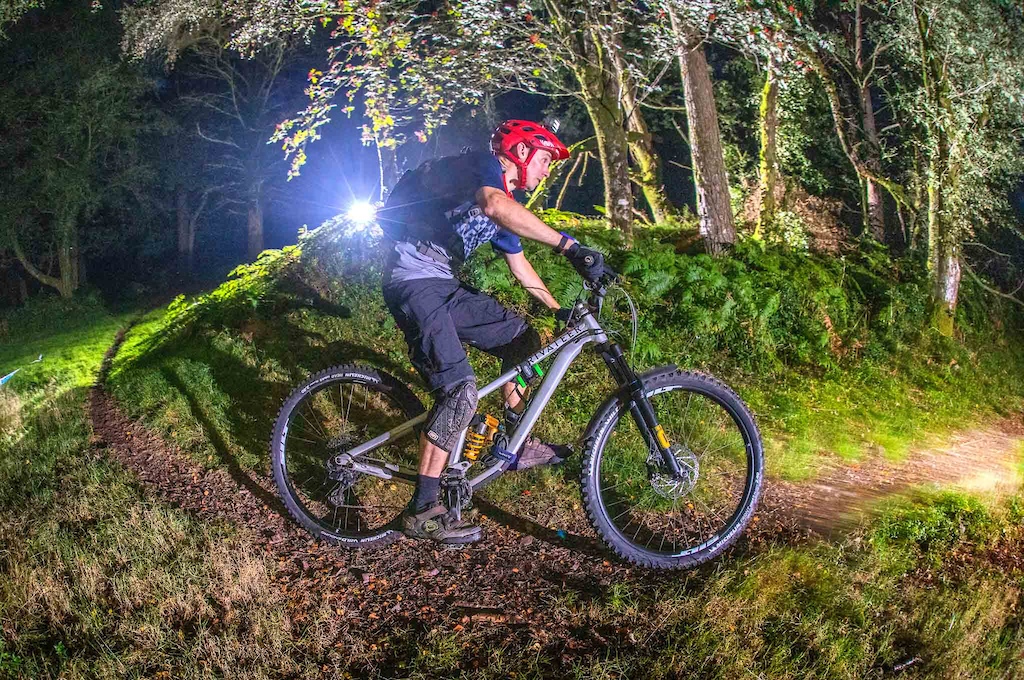 That was just as well because when the daylight faded, the fun didn’t thanks to the inaugural Exposure Lights Night Stages, where the darkness put a fresh spin on ‘blind’ enduro racing before everyone got stuck into a big BBQ in the barn at Horner Farm. 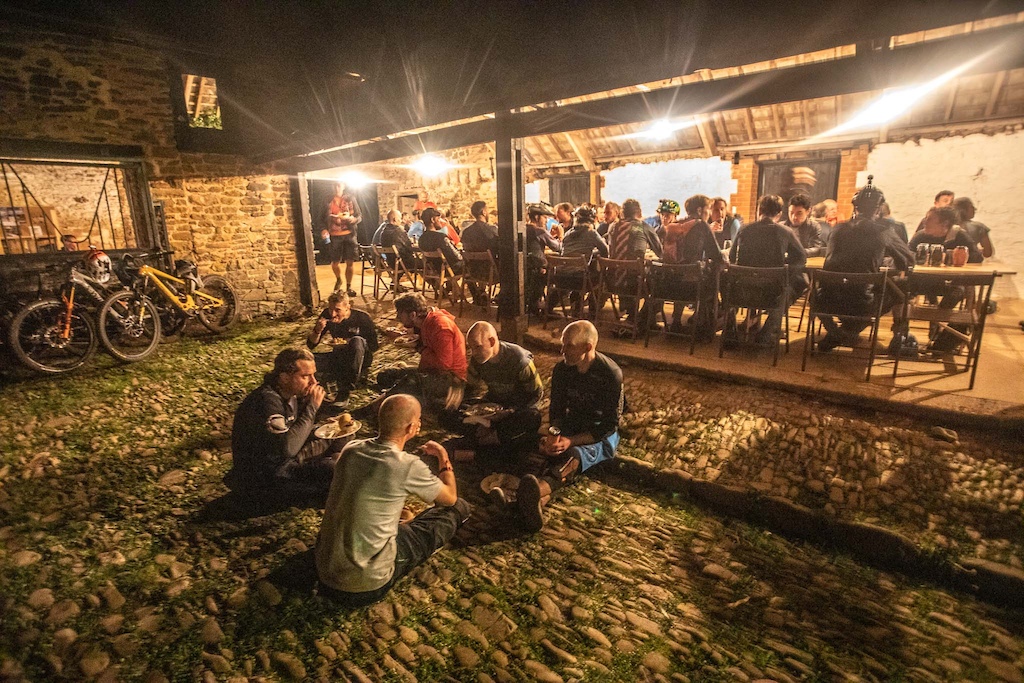 As day broke on day two, riders were greeted with blue skies and a promising start to day two, with the promise of drier trails and even the possibility of the elusive British later summer dust. 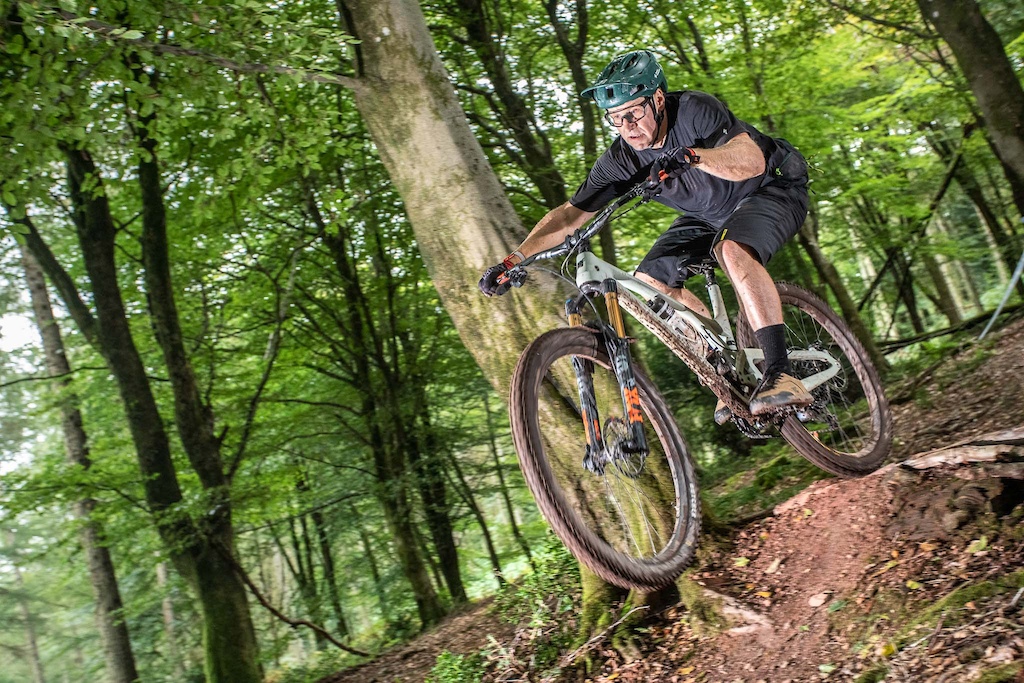 Despite the odd grey cloud and shower here and there, the promise held up, with eight stages that meandered, plummeted and wove through the Exmoor countryside. By turns, they’d each test endurance, skill - and often plain old luck, as is always the case for blind enduro racing. 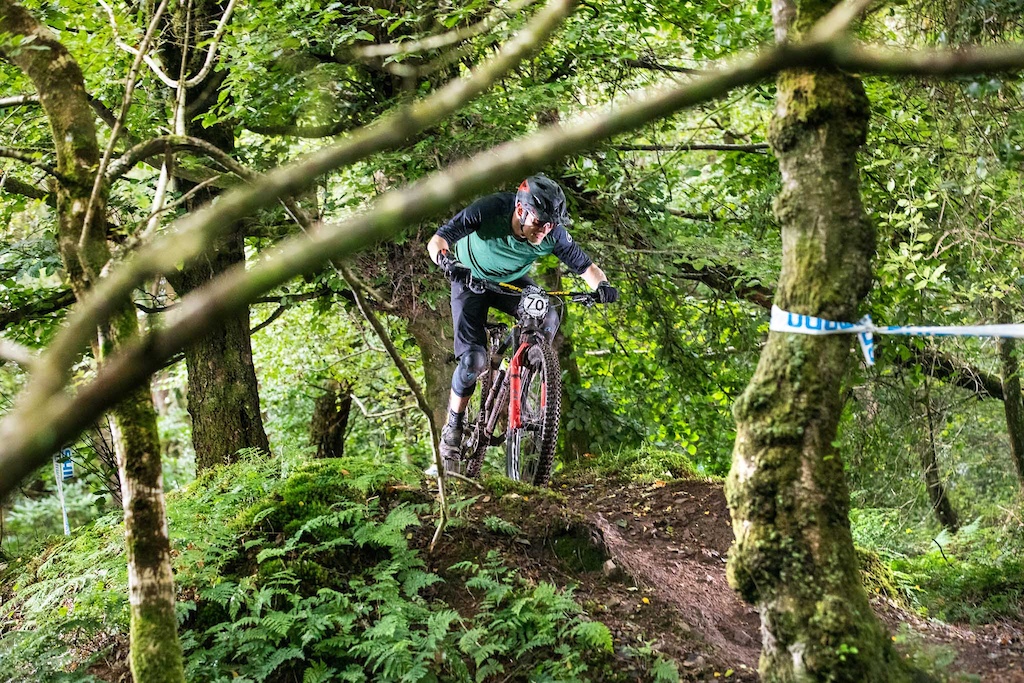 Still, with the slippery roots of Day One replaced by the finest tacky hero dirt, riders battled to maintain their positions, make up for mistakes or just get around the challenging course in one piece. 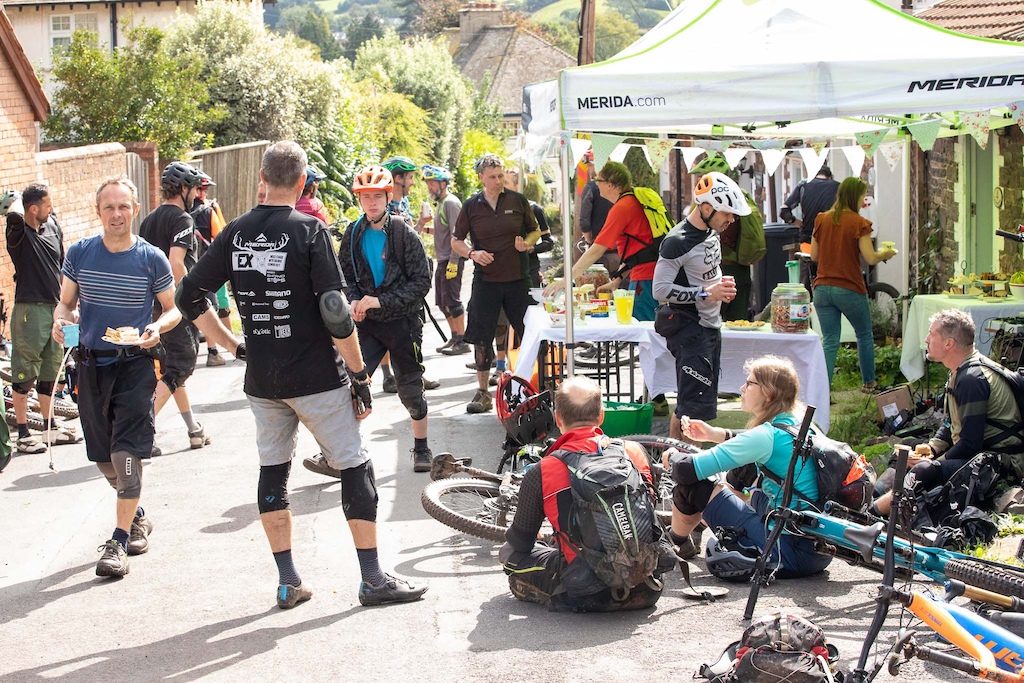 As is traditional at The Merida EX, the mid-loop refreshment is taken just as seriously as the riding, with the now-classic village vintage tea stop on hand to top up energy levels. Whether it was a good butty, a slice of freshly made cake or a scone with cream and jam – we’re pretty confident this is one of – if not the - most luxurious lunch breaks in a bike race. 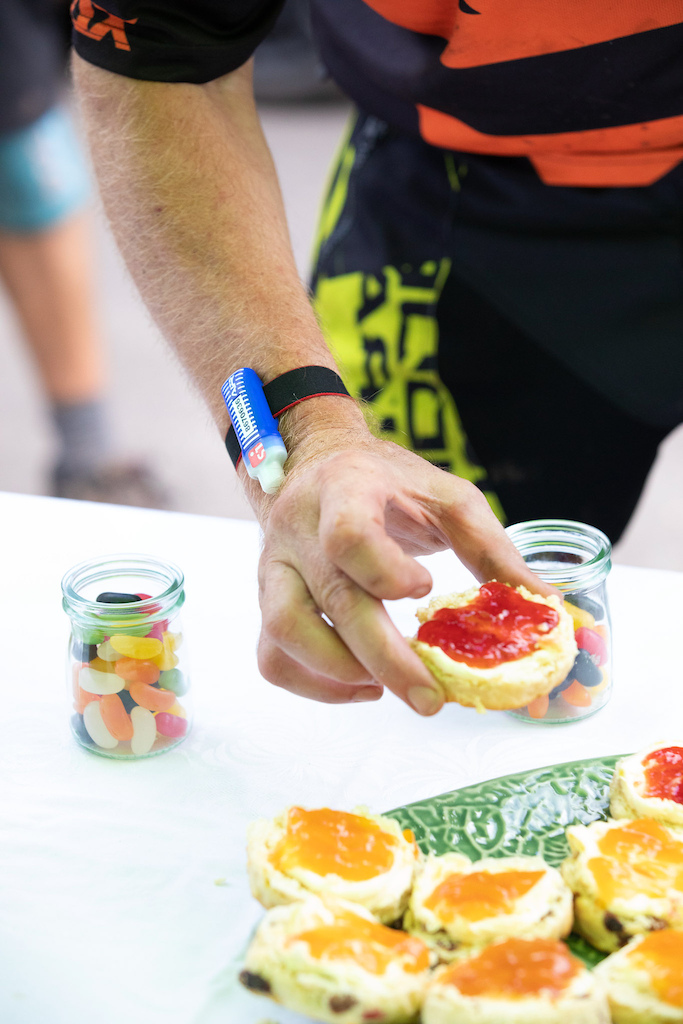 Still, after stuffing themselves, the racers still had plenty of stages left to race, so the lethargic lunch legs were soon spun away with some fresh riding delights. Steep, technical, fast and flowing – the riding had it all, often in the space of a few hundred metres. 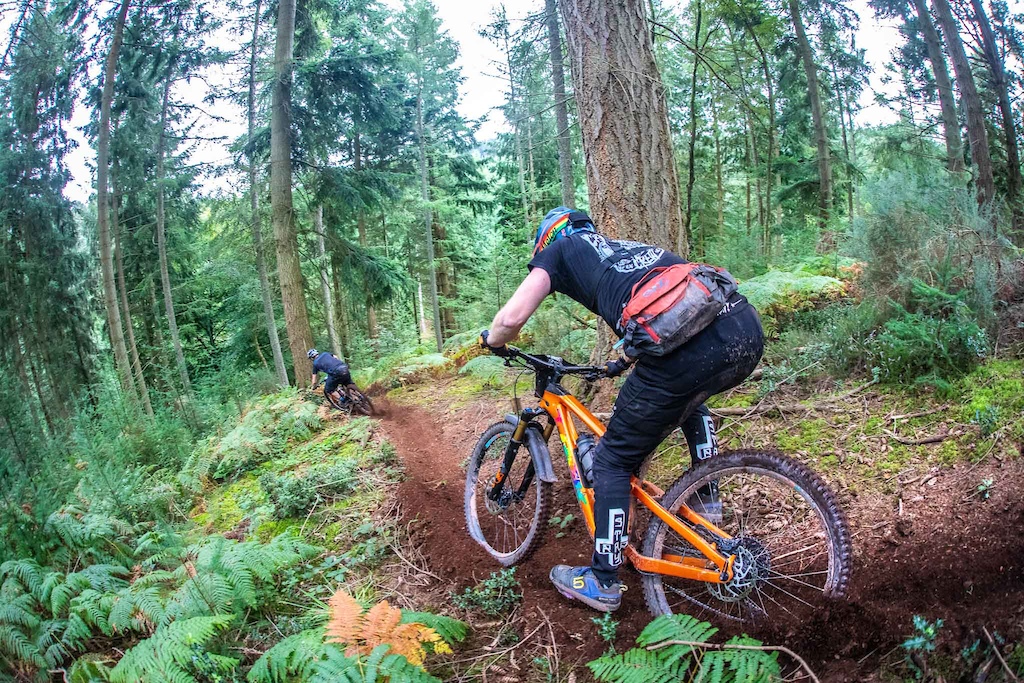 While riders might have been cursing the big climbs, they were rewarded with stunning views over the Bristol Channel and beyond to Wales, before an absolute corker of a fast and flowing descent that had riders buzzing all the way to the event HQ. 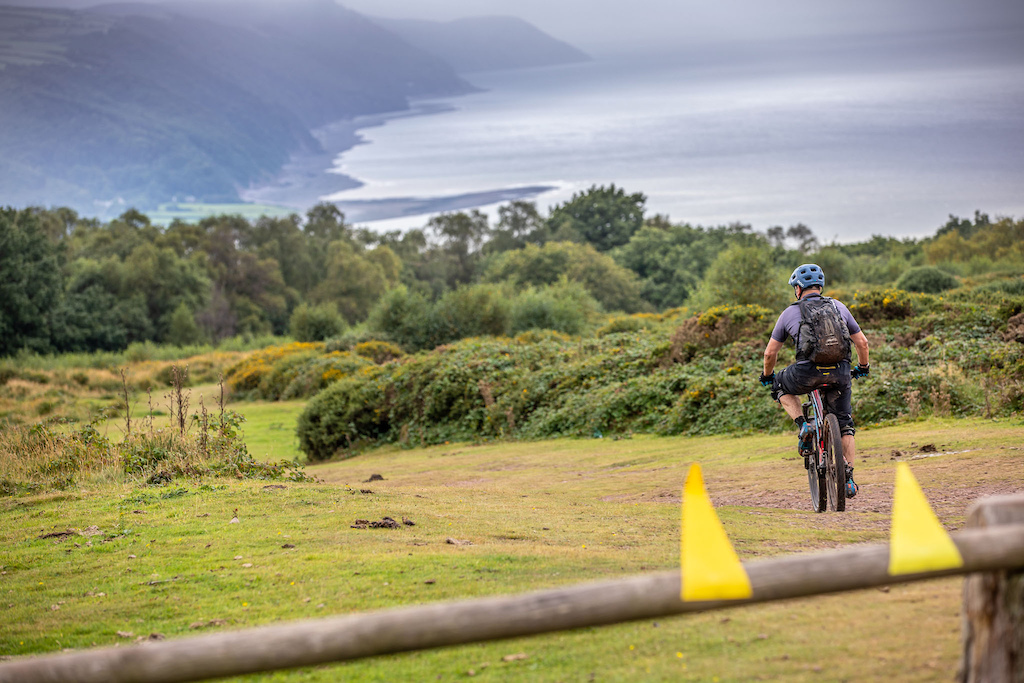 With the hard work of riding done – and at over 1900 m of climbing and 41 km for the day, it was hard work - it was time for the Luff’s Café crew to set to work refuelling riders while the Shimano technical support team took care of any bicycle-related maladies to help keep any sickly machines in the fight, working into the night.

As is now traditional at The Merida EX, the event crew put on table service, allowing riders to chill out and get fed without having to move a weary leg – unless they fancied another drink. Adding to the après ride vibe was the ‘pub quiz’ with the chance to win some prizes courtesy of the sponsors.

While some choose to celebrate late into the night, others got an early start – the one thing they’d all have in common was that they’d have to be ready to tackle Day Three and the final stages.

The weather gods once again showed mercy on the now rather tired riders for day three and the sun popped out to play, though the event organisers were somewhat less merciful. With another 7 stages to race and a fair 1,300 m of climbing still to do, it would require even the fittest riders to dig deep, but another robust morning feed from the Luff’s crew and the option of an outdoor yoga session to help stretch out tired limbs would probably help. 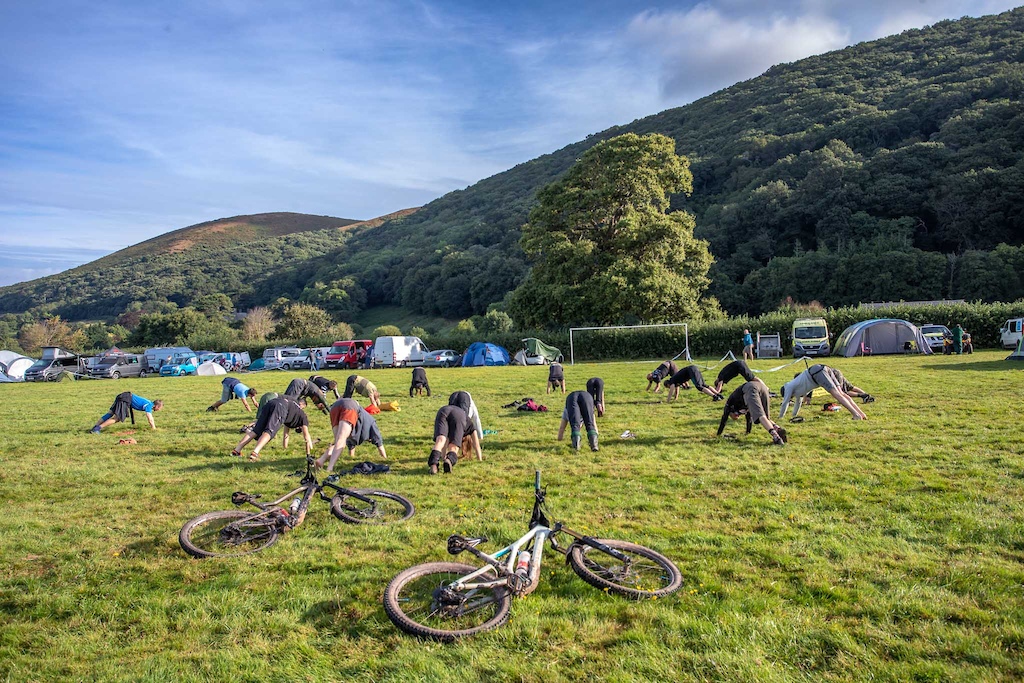 Despite the fatigue, riders pushed on in search of making up time, maintaining a position or just making it through to the end. Once again, the stages had a mix of flowy loam, treacherous roots, low-speed tech and high-speed hoonery, providing a little something for everyone and guaranteed finishing on a high, though the day’s lunch stop was followed by a rather cruel hill-climbing challenge for those that had a little left in the tank and fancied competing for cider. 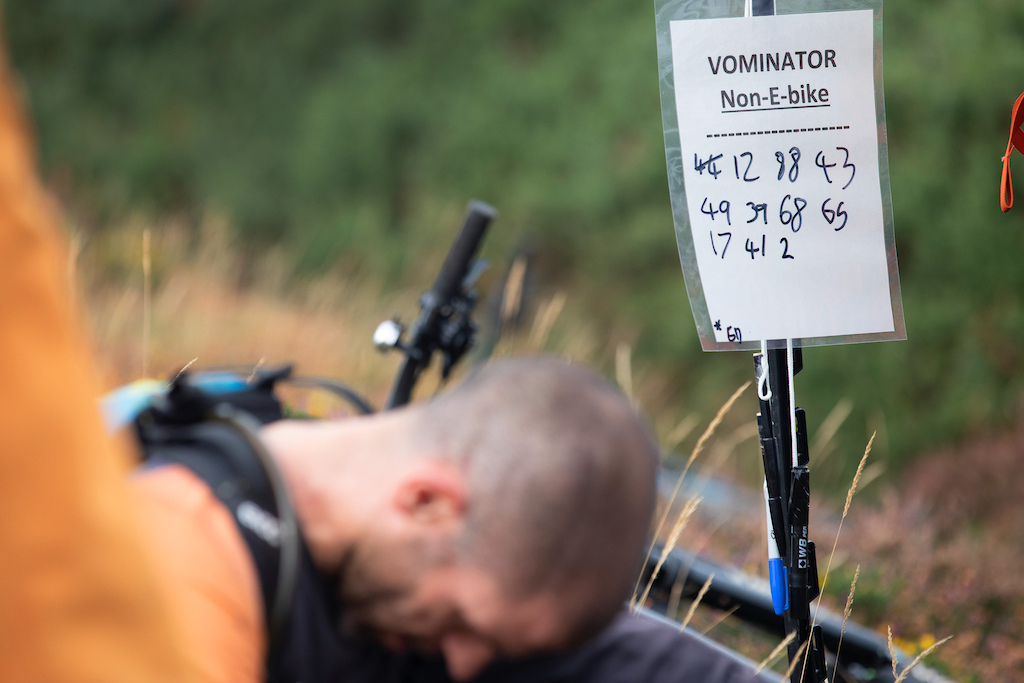 With the podium places now won and lost, awards were handed out, but the real prize of the event was getting to ride, race and hang out with fellow riders after what’s seemed like a very long time, enjoying good company, good food and great trails. We’ll see you again next year. 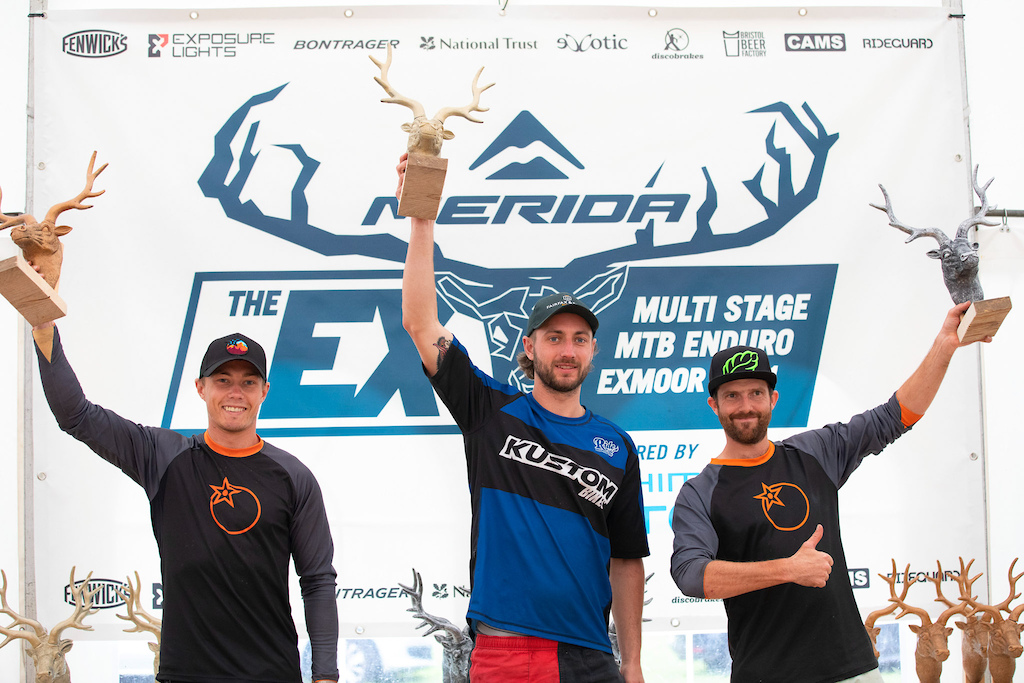 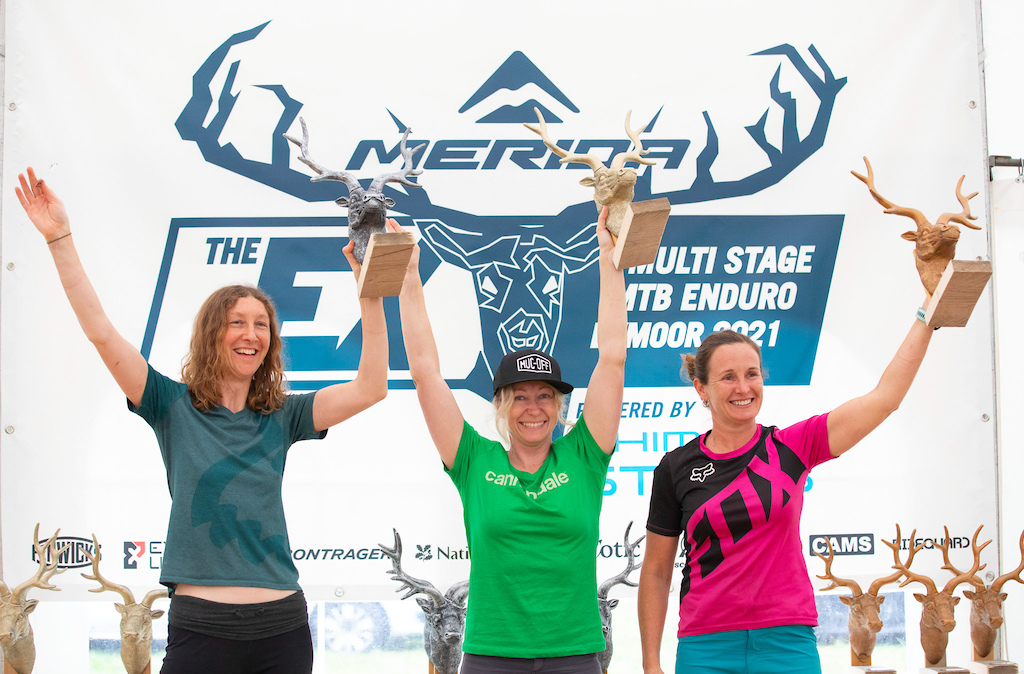 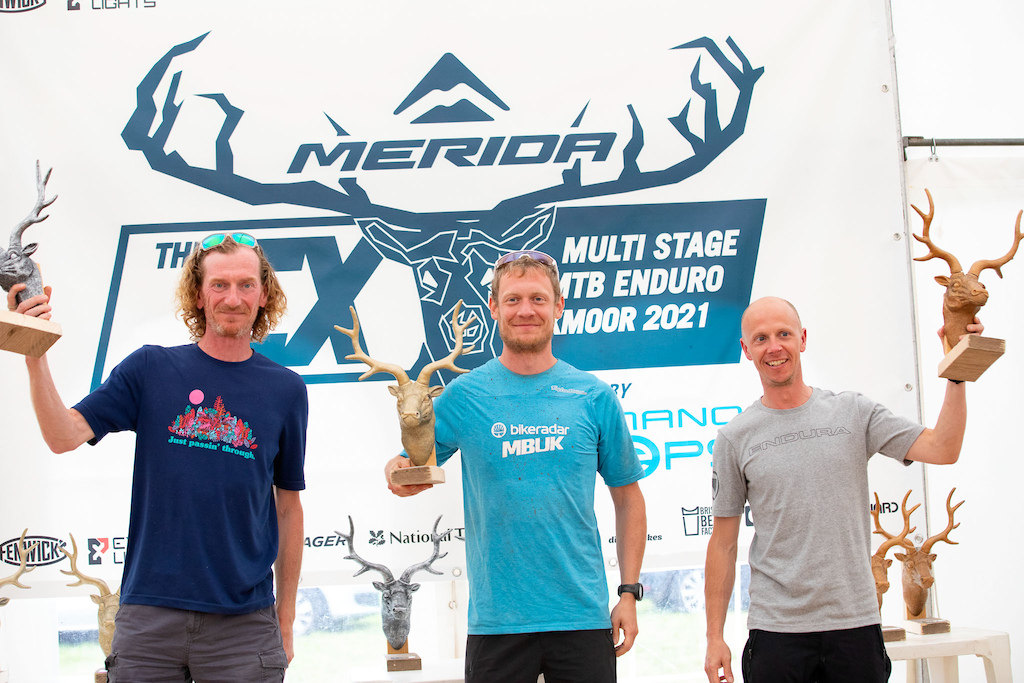 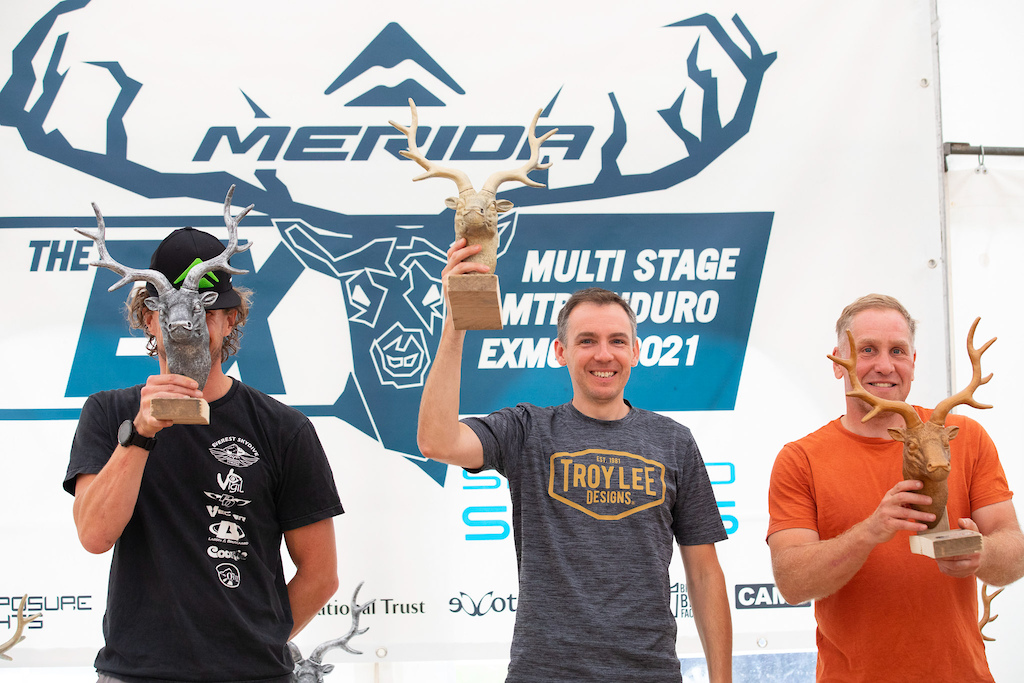 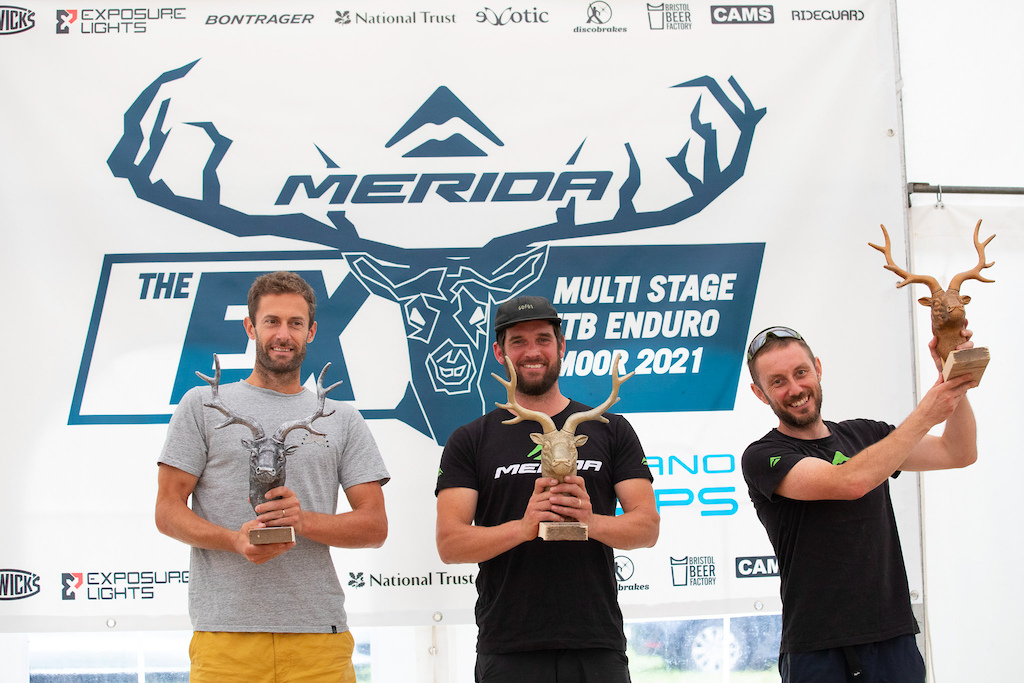 The EX is made possible thanks to: