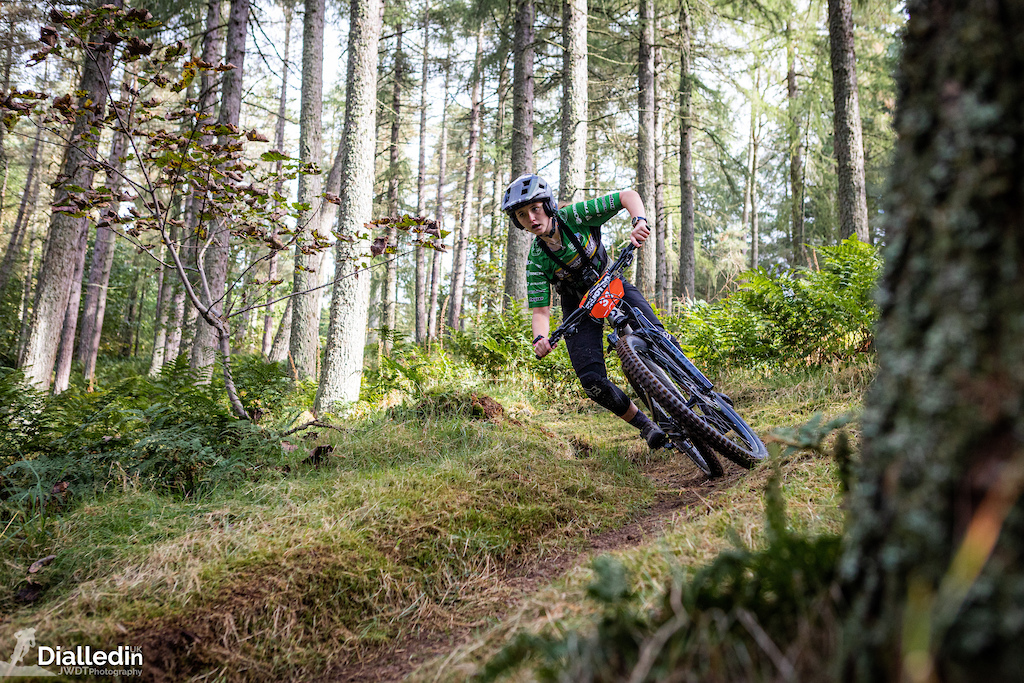 Katy McGowan fastest woman at Enjoyro
Last weekend was a busy one on the race calendar, but there’s no doubt I’m happy with where I ended up. 2021 has seen quite a number of races clashing and has left riders debating which to attend since there have been many race rollovers due to the vast number of deferred events. 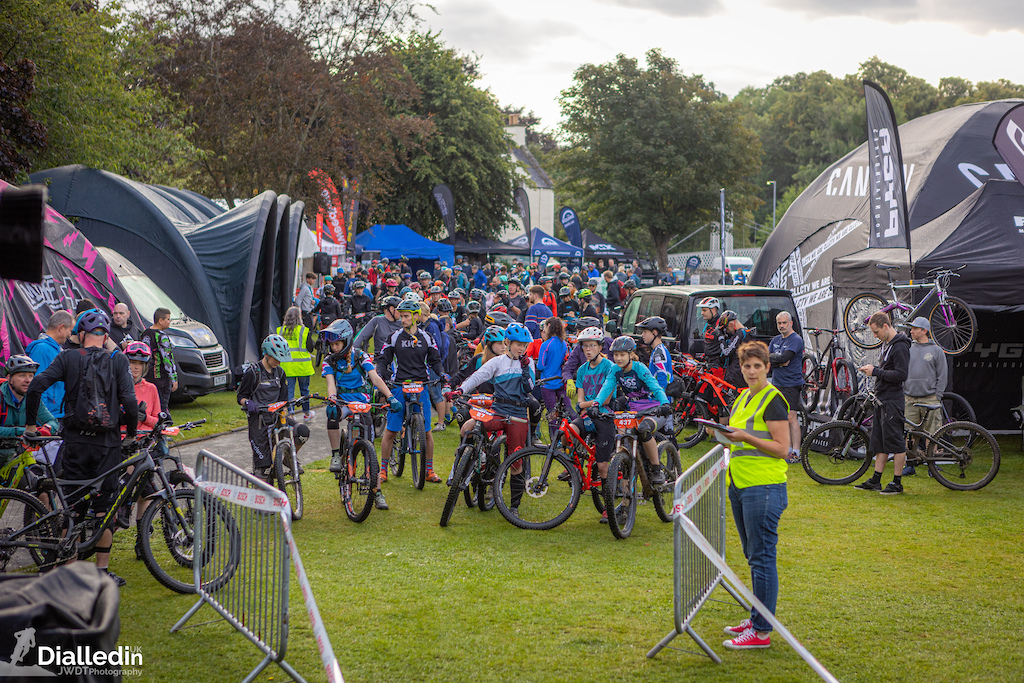 The biggest turnout for Enjoyro yet!

The Tweedlove races over the weekend were the climax to the year with an incredible biking festival, the finale of the Triple Crown Enduro races, an excellent intro Enduro race by the name of Enjoyro, an eMTB race that saw the likes of Tracy Moseley and Helen Gaskell going head to head and the now infamous Family Ride. Combine this with a huge event village with the Canyon Airbag, Frog bikes obstacle courses for kids, food, beers and many biking stands and the Tweedlove’s late 10th year anniversary and this was one hell of a weekend. This is a weekend not to be missed, especially since the location is the Mecca of mountain biking in the UK! 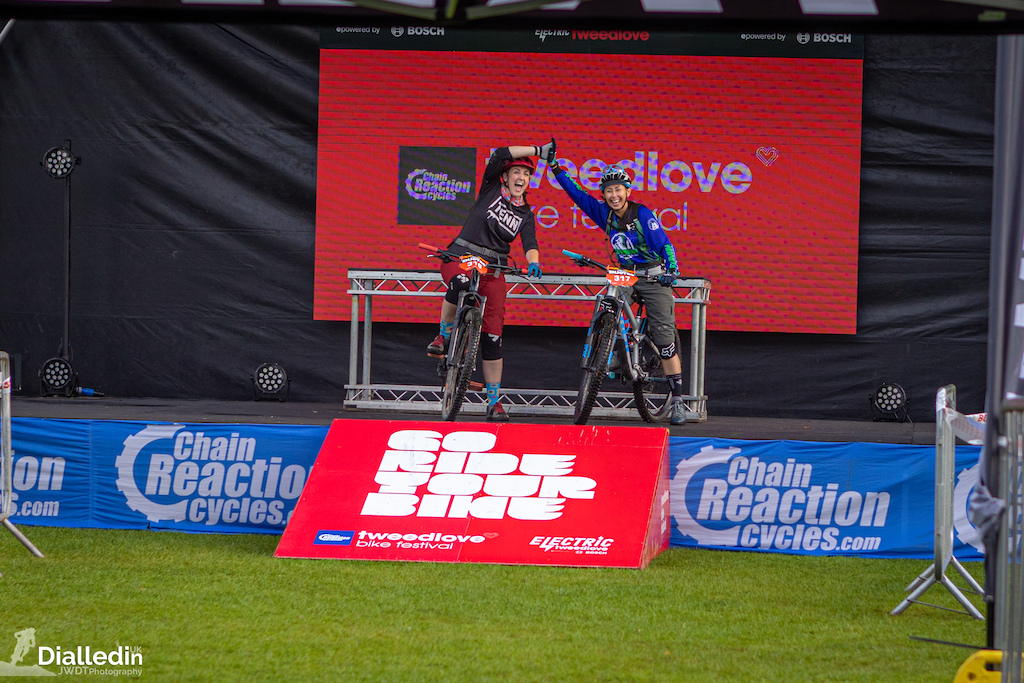 Such great vibes all weekend 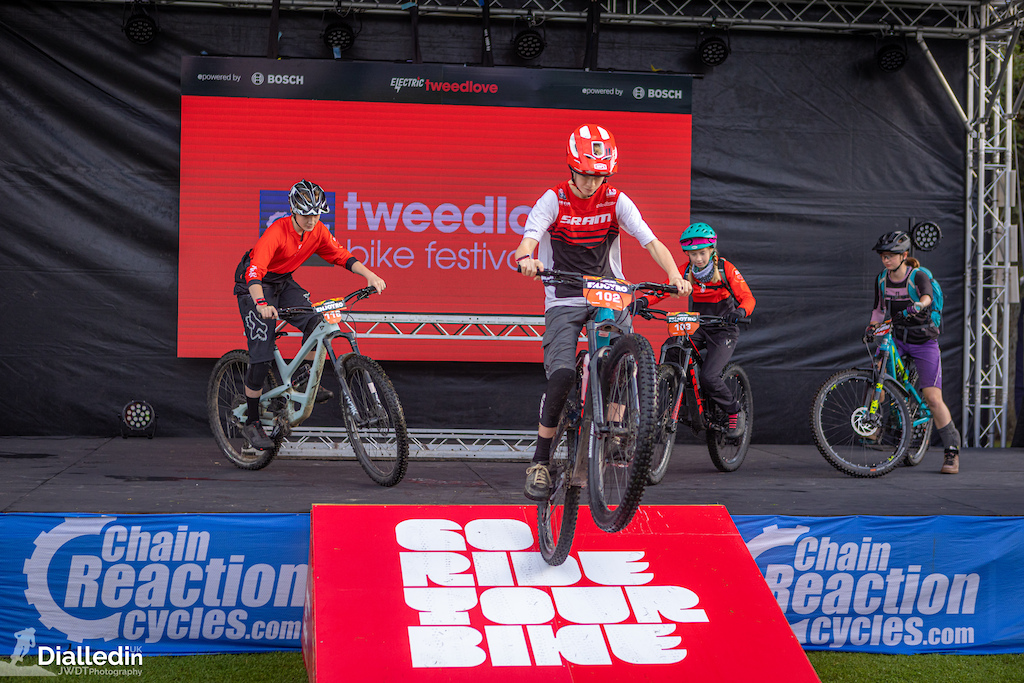 And they're off
The Enjoyro race was entirely set within the Glentress forest and is very much an introduction to racing, so on Saturday it was not only great to see so many new riders racing for the first time, but also a superb number of women got between the tape and had a go at racing. 338 riders hit the hill of which 88 competitors were women. The stages were mainly the blue and red trail centre trails of which there were 3 stages, with increasing difficulty. There was an optional 4th stage which ended behind the Peebles Hydro and this was there to give a taste for more demanding racing and steeper more technical natural trails. It was great to see the majority of riders taking on the 4th stage. Of all the races I’ve covered over the years, this race had one of the best vibes and smiles for miles I’ve come across. It was also great to see young Katie McGowan (U14) take the fastest overall time of all the women in a blistering 18:22, literally a whole minute faster than her next rival. The future is looking bright! 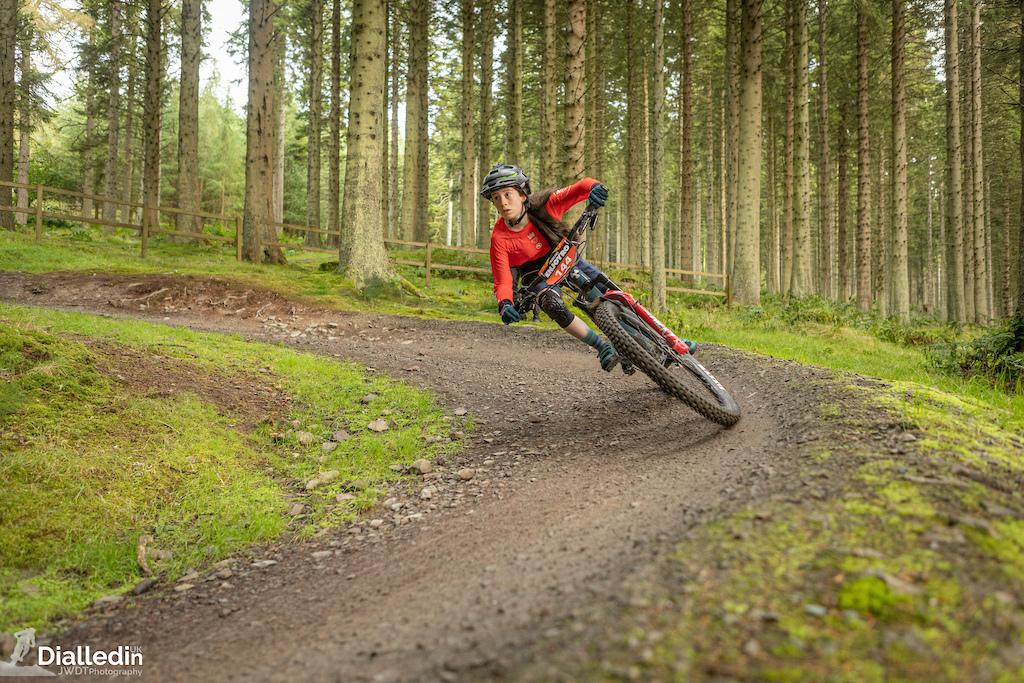 Lean it girl! Berm Baby Berm, within Glentress was stage 1 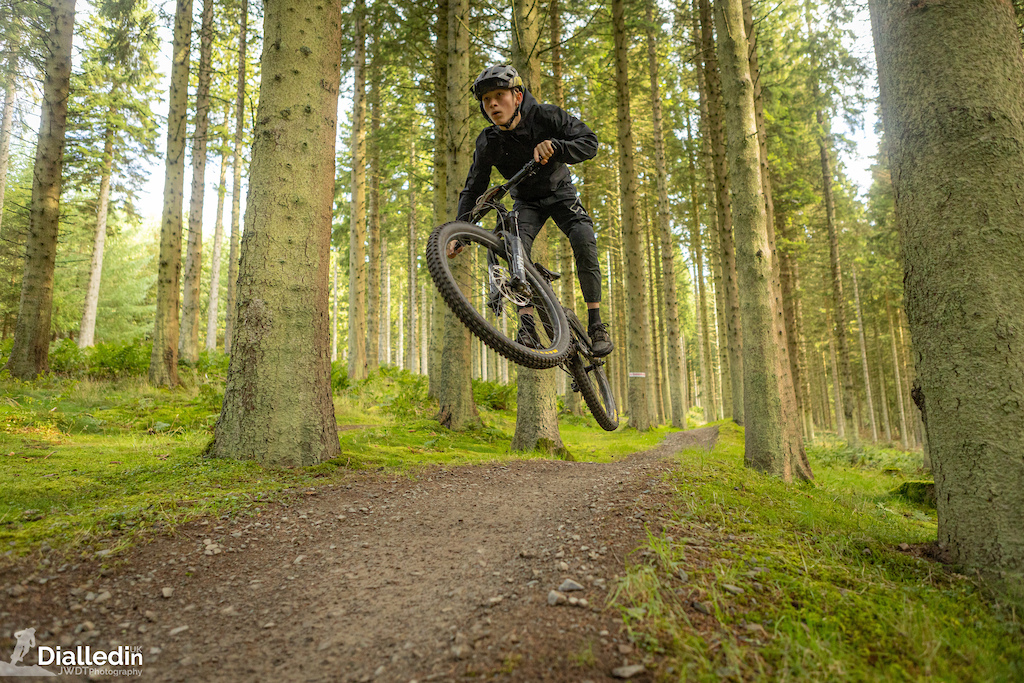 Send it for the camera! 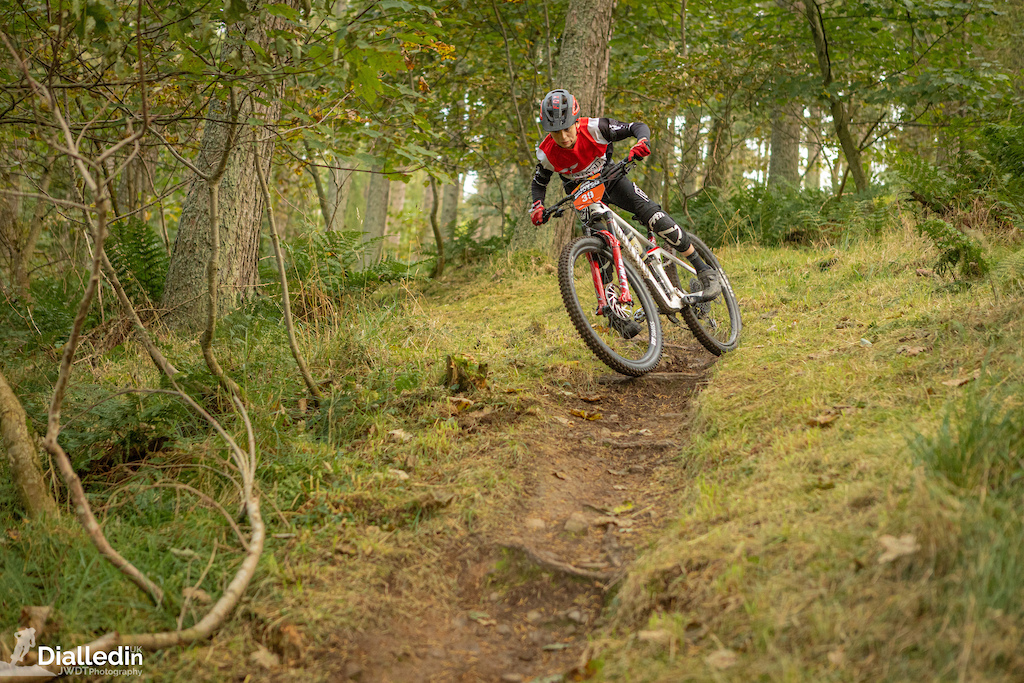 Drifting over the roots on stage 2 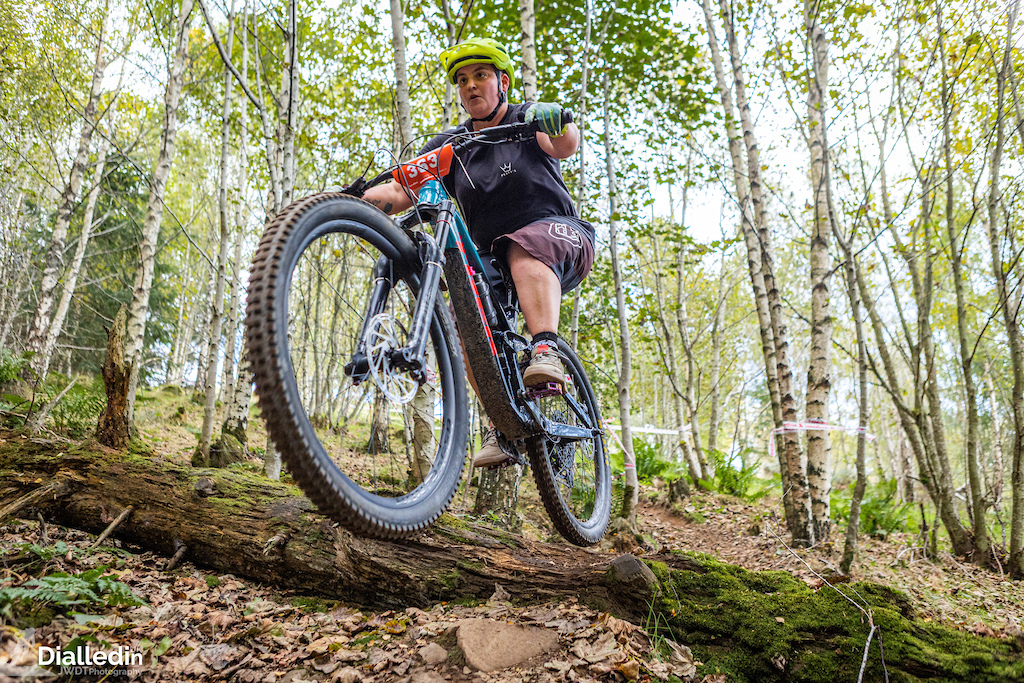 Stage 4 was optional as it was more technical and steep, but most went for it. Kudos all

The eMTB race saw 141 racers, but sadly I was unable to cover this event.


Back at the event HQ there was a plethora of bike and related stands. Many companies attended and gave the opportunity to demo and trial bikes on specific trails. One of the highlights was the canyon Airbag that saw crowds gathering and riders going all out and giving it try amongst other great biking challenges. 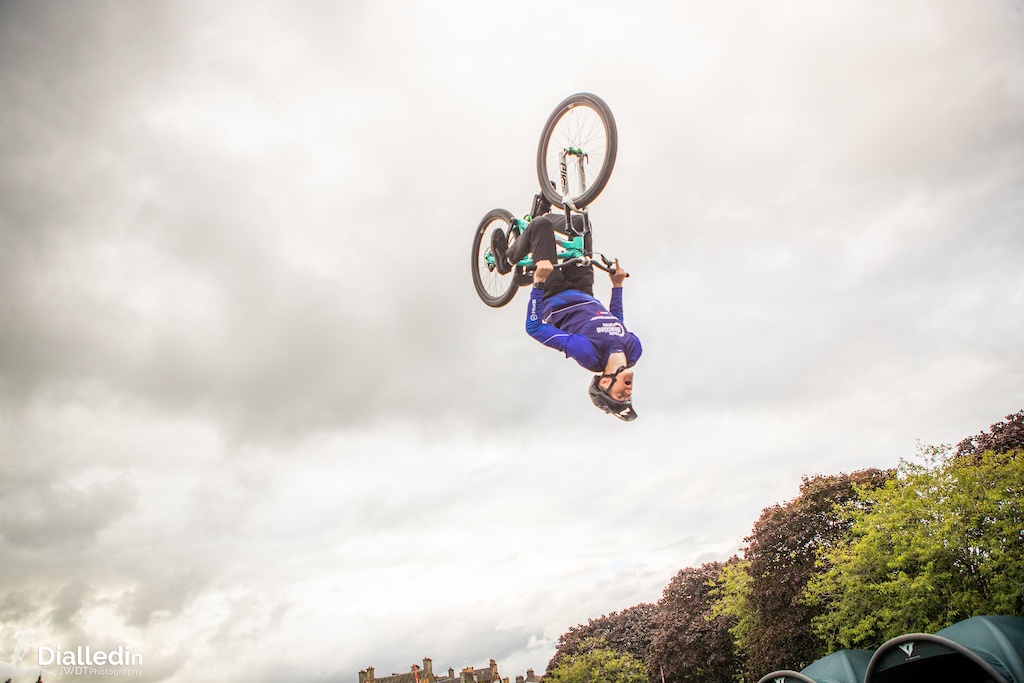 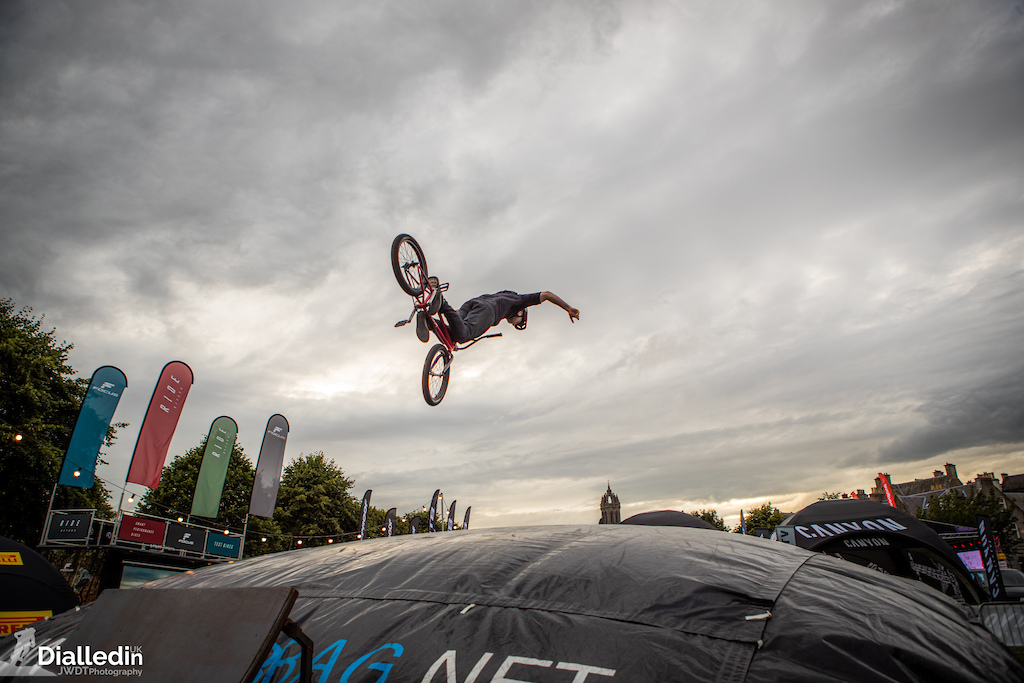 Mistakes ain't such a probblem 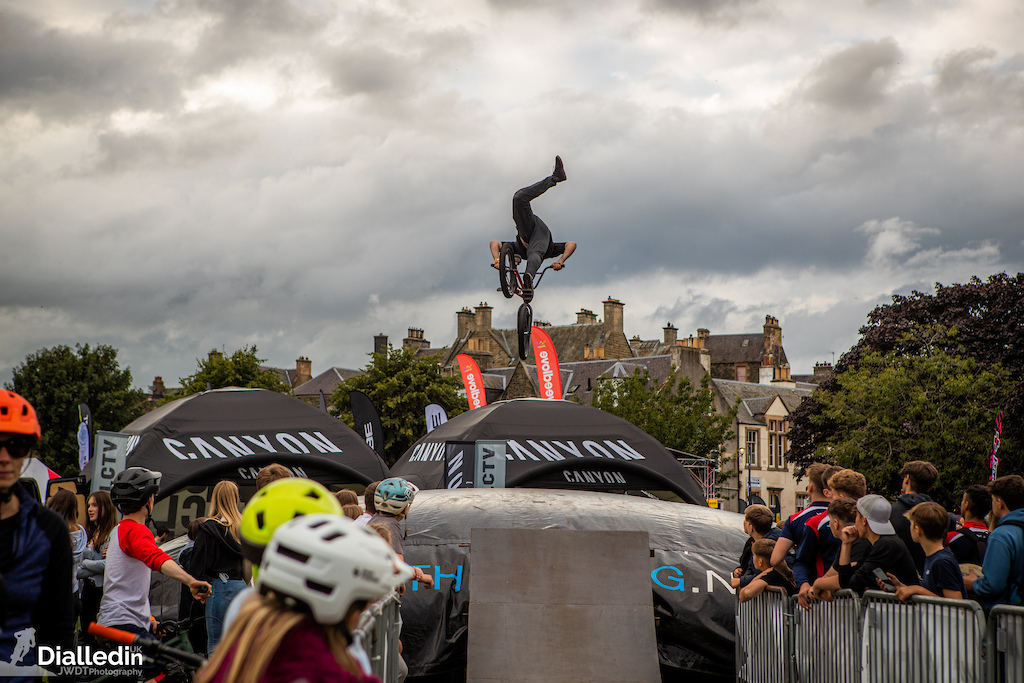 The biggest crowds were gathered at the Airbag 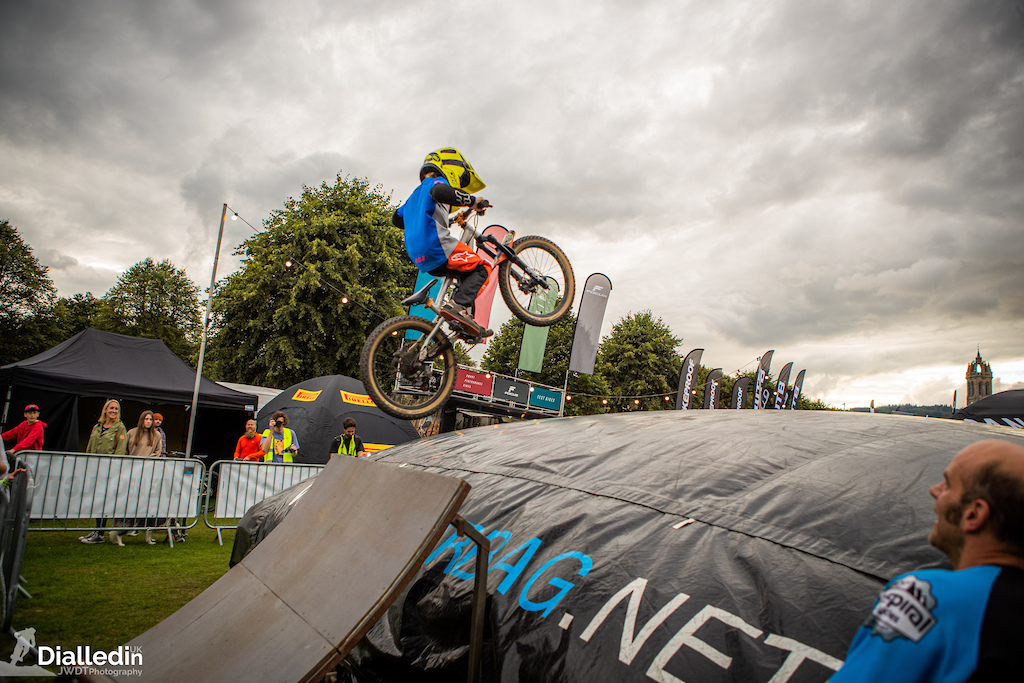 5-year-old Noah Graham got the biggest cheers all weekend

Sunday saw the finale of the Tweedlove Triple Crown Enduro series, aptly named the Tenduro. 399 riders competed in this race across trails in Innerleithen, Golfie and Glentress. For a full rundown of the results head over to roots and rain. Tweedlove will also be covering this in a PinkBike article. 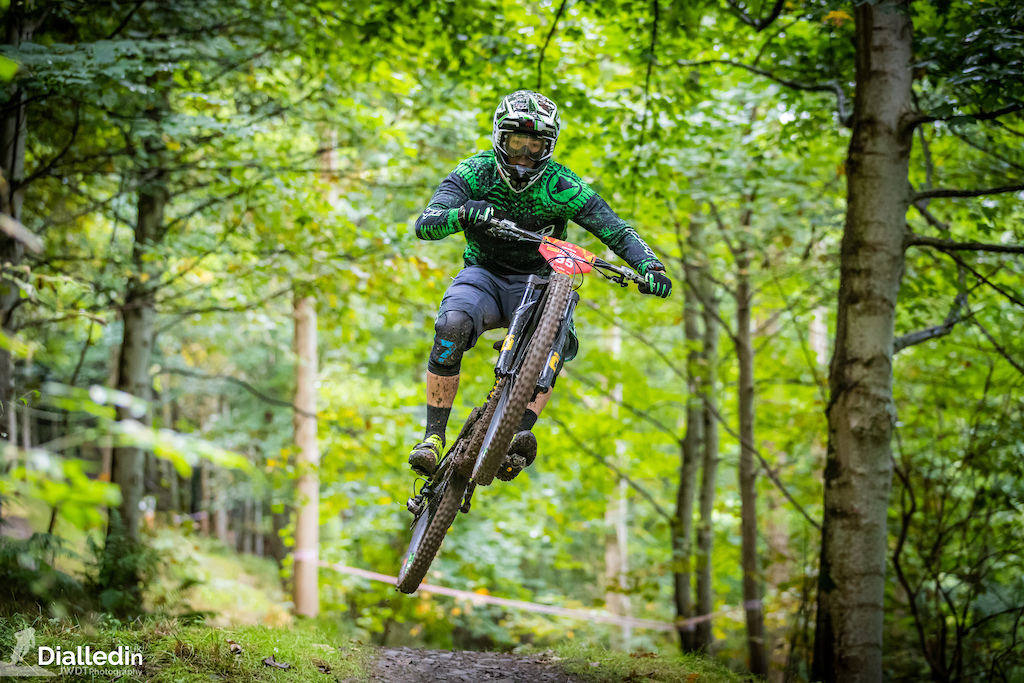 Ian Austermuhle - fastest Vet taking on st 1 of Enduro, the finale of the Triple Crown Series 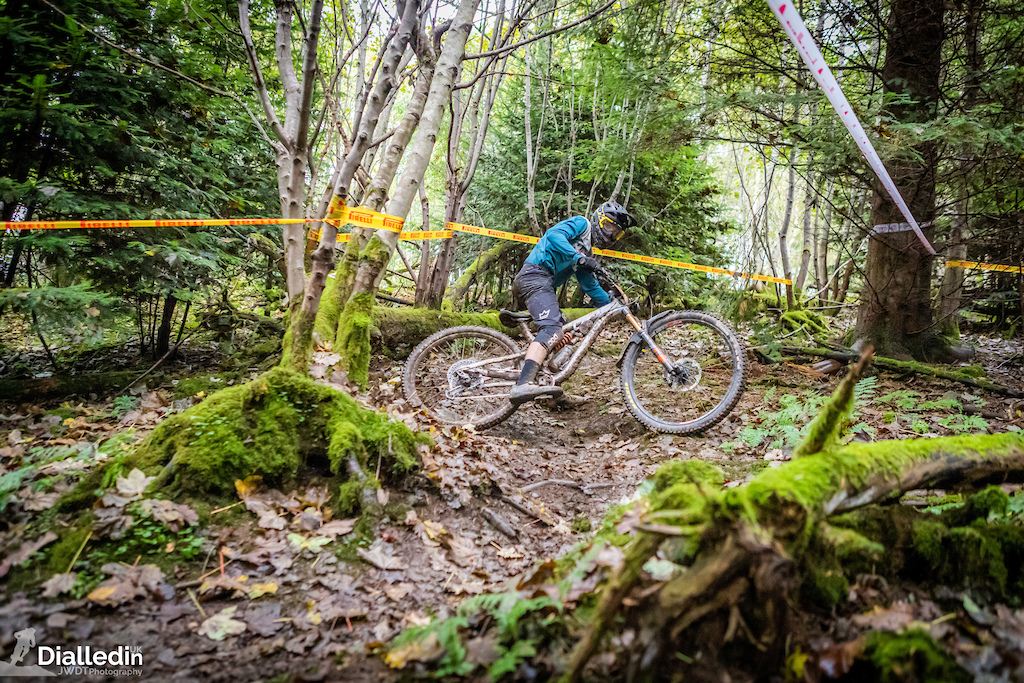 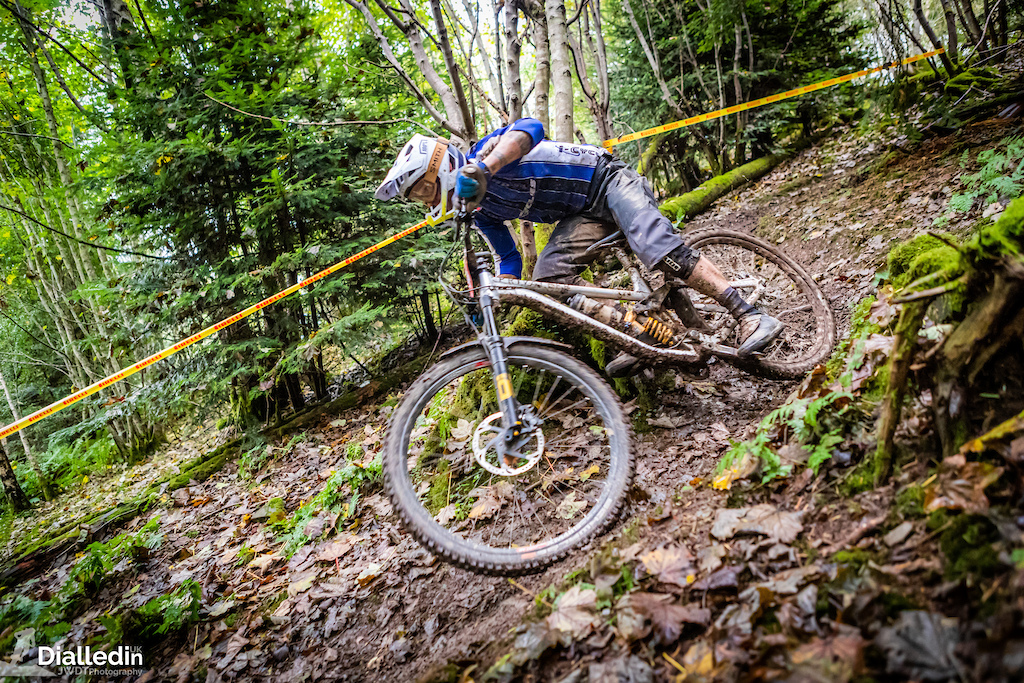 stage 5 was blind racing, but many track walked it over the long weekend

All in all, the Tweedlove bike festival was a welcome return to some normality that we have been desperate to have back, and hells bells did they put on a great show. If you missed this weekend or were tied up in other rollover events, then this weekend is a must for your calendars in the future. Every aspect of mountain biking is covered, from gnarly technical full-on enduro racing to novice introduction racing. From family riding to gravity-defying Airbag jumping. It’s about bikes, food, beers and a massive social event to meet up with friends and be a part of all things mountain biking.

For more information and to keep up to date with the Tweedlove developments head over to their Facebook Pages. They also have a great website to hang out at. 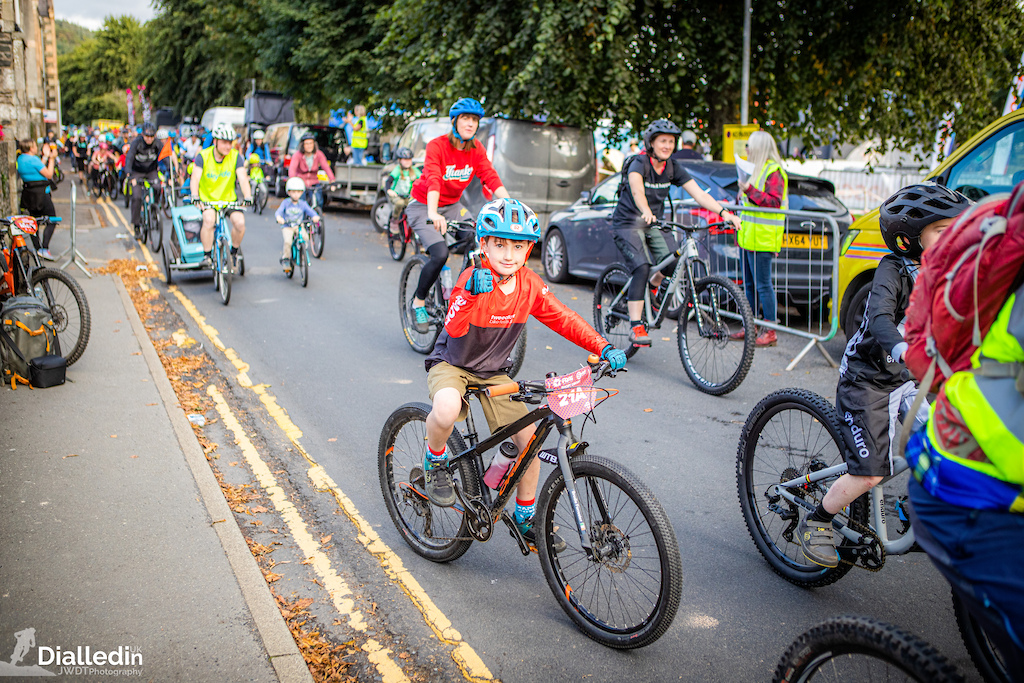 The Family Ride was an outstanding success 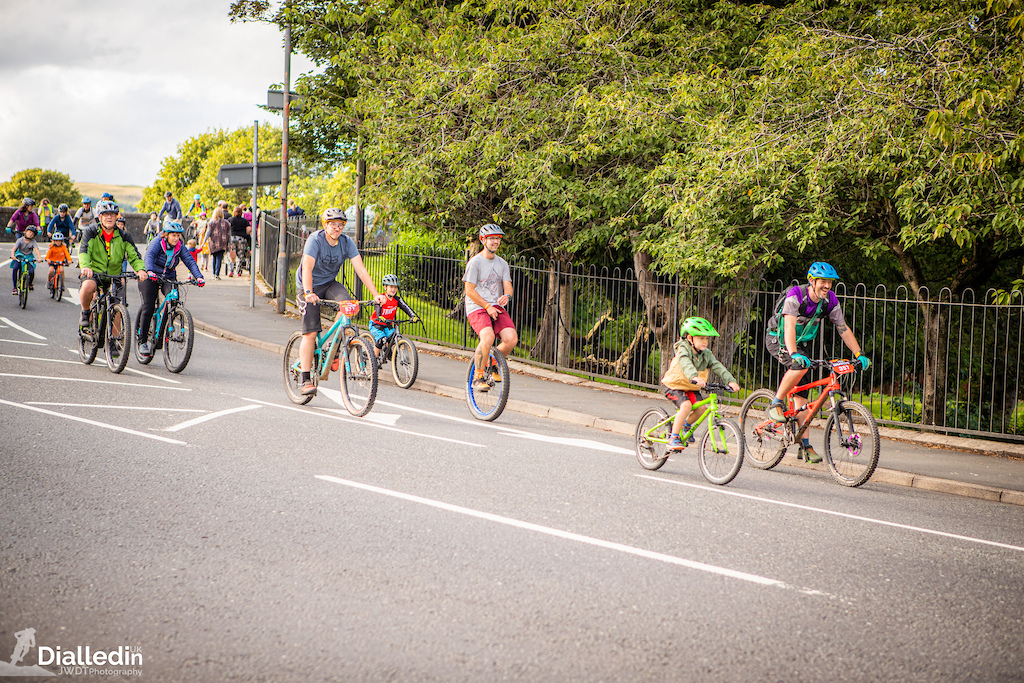 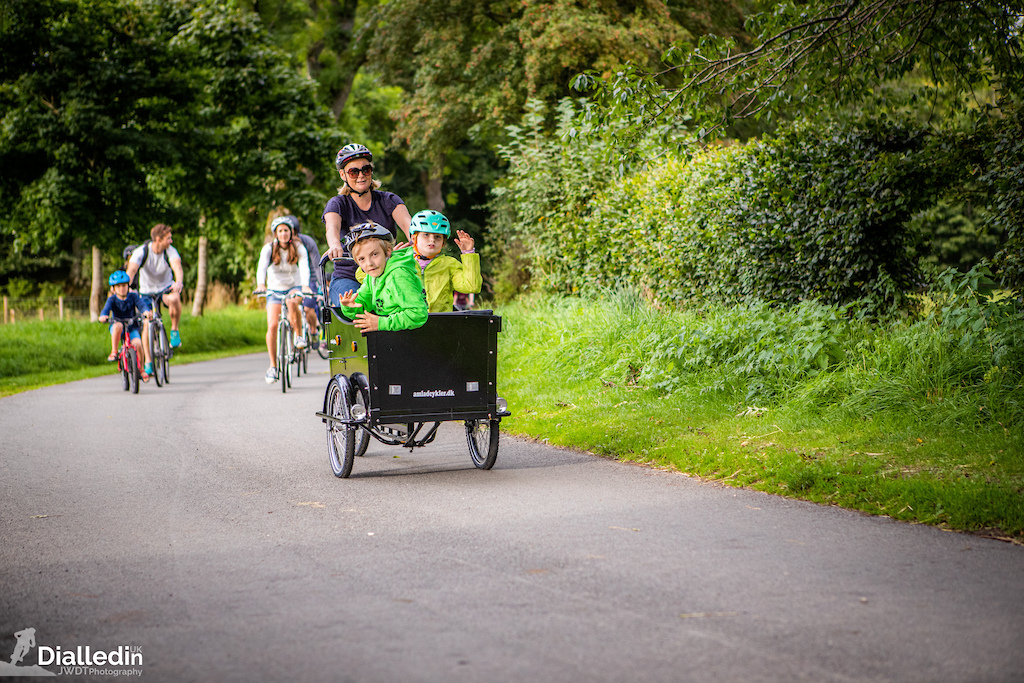 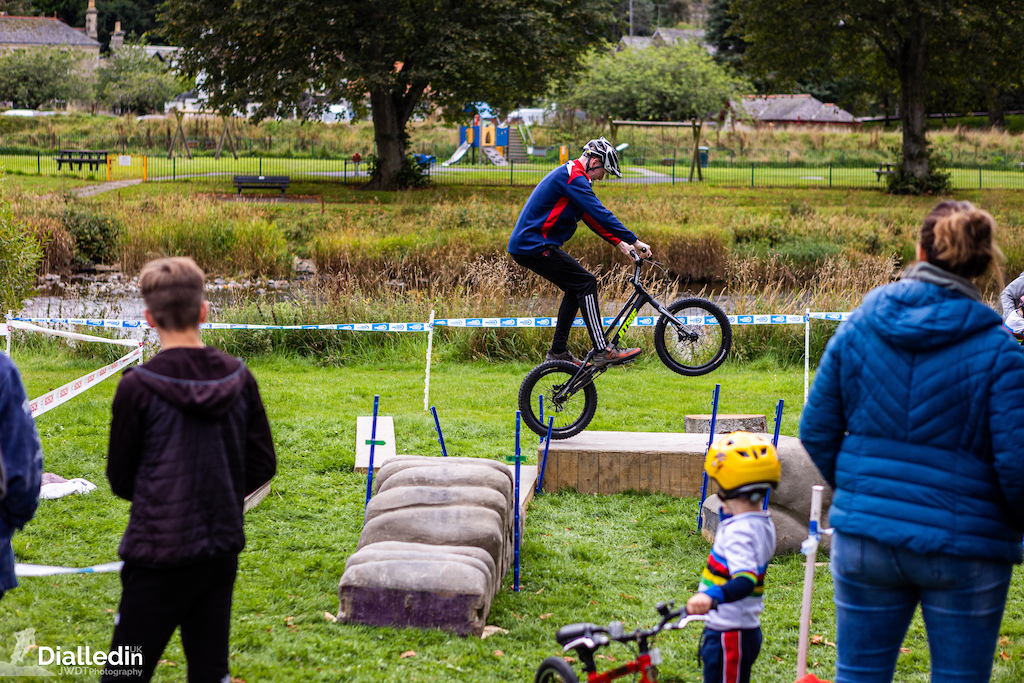 I was so tempted to try this. What's the worse that could happen 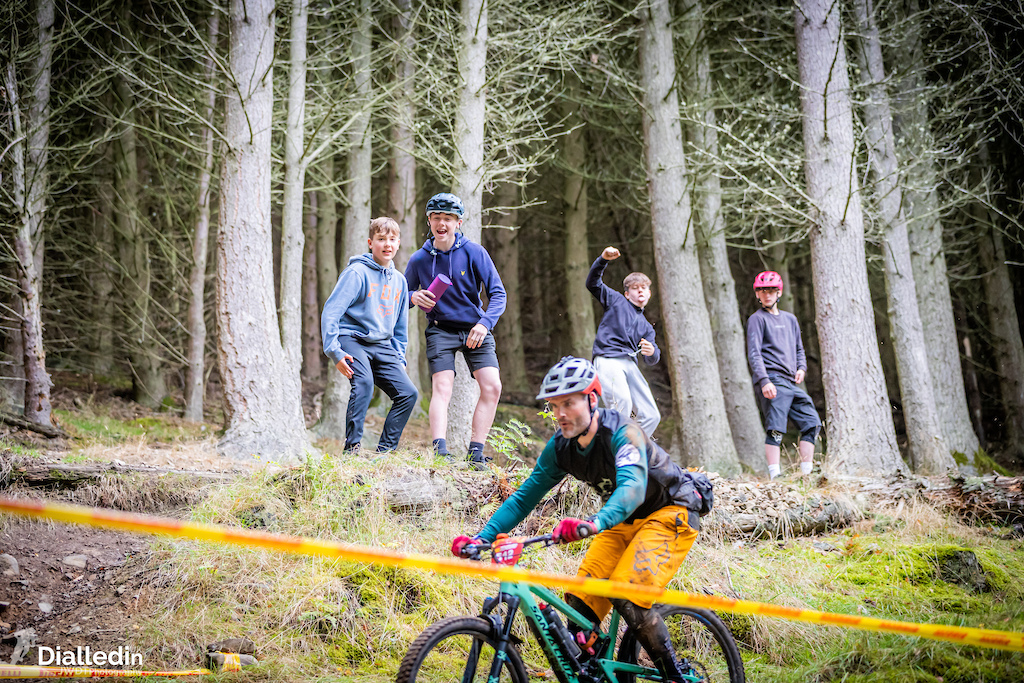 These lads were rowdy and were the local rent-a-crowd"Allez ALLEZ ALLEZ!!!!" 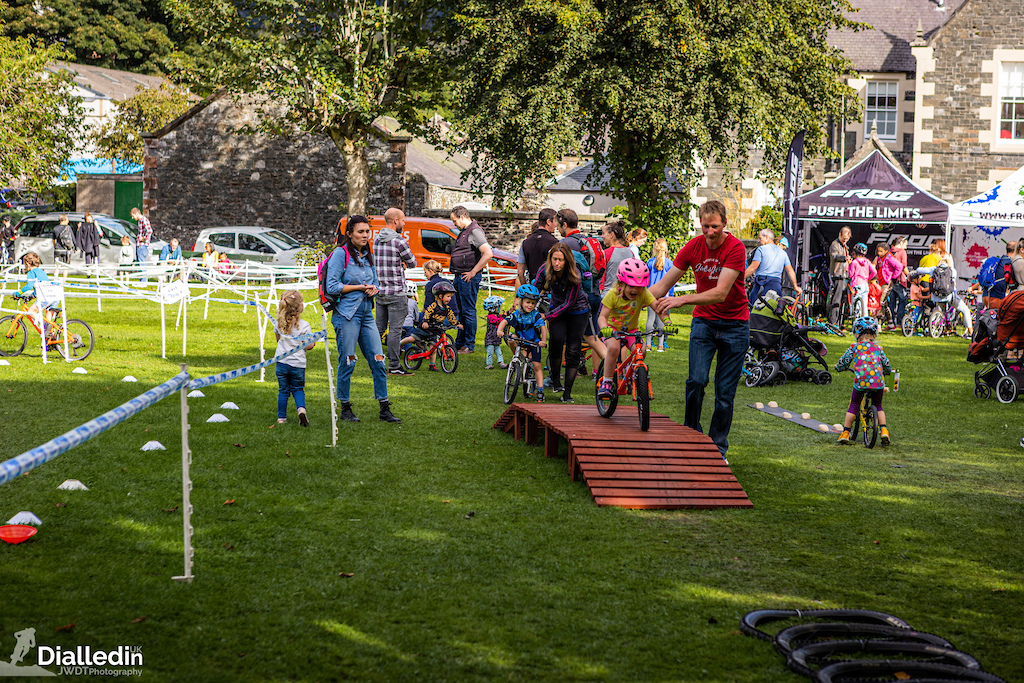 Literally every age of cyclist was catered for. 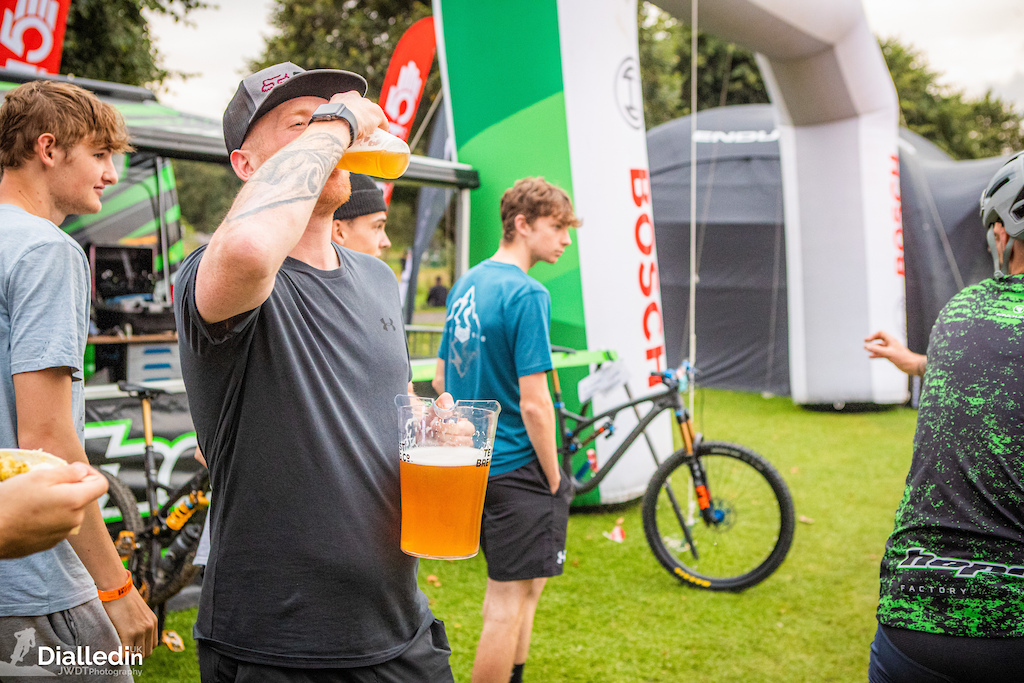 ....and I mean every age was catered for.
Huge thanks and respect goes out to the organisers, medics, marshals, riders and all the amazing exhibitors throughout the weekend. As soon as next years event is announced, it's in my diary.

mkingshearer (Sep 27, 2021 at 12:22)
Brilliant event, and fantastic photos - really capture the spirit of the weekend. Well done to all at TweedLove