There are moments in mountain biking when quantum leaps are made. The development of the suspension fork was one of them. The advent of lightweight hydraulic disc brakes was another. From there, the moments become less ground-shaking but still notable to the sport: CNC machining, extruded aluminum tubing, the dropper seat post, rapidly dilating wheel diameters. The mighty bicycle remains a marvel of engineering, even in its original inception. With every iteration, the modern mountain bike evolves, inching closer to perfection. But what defines “perfect” when it comes to humankind’s coolest invention?

Rockshox may have the answer. The same company that is responsible for the first mass-produced and most successful suspension fork in history has launched what may be mountain biking’s “Next Big Thing”.

Simply put, it’s an electronic suspension system. But the real story of this product dives deeper into the shadowy world of 0s and 1s and algorithms fiercely protected by the people who crafted them. And why not? If you believe the hype (and we do) Flight Attendant may change the game forever. More than wheel size. More than suspension. More than disc brakes. Buckle up. This will make mountain biking evolve. But before we go forward, let’s look back. 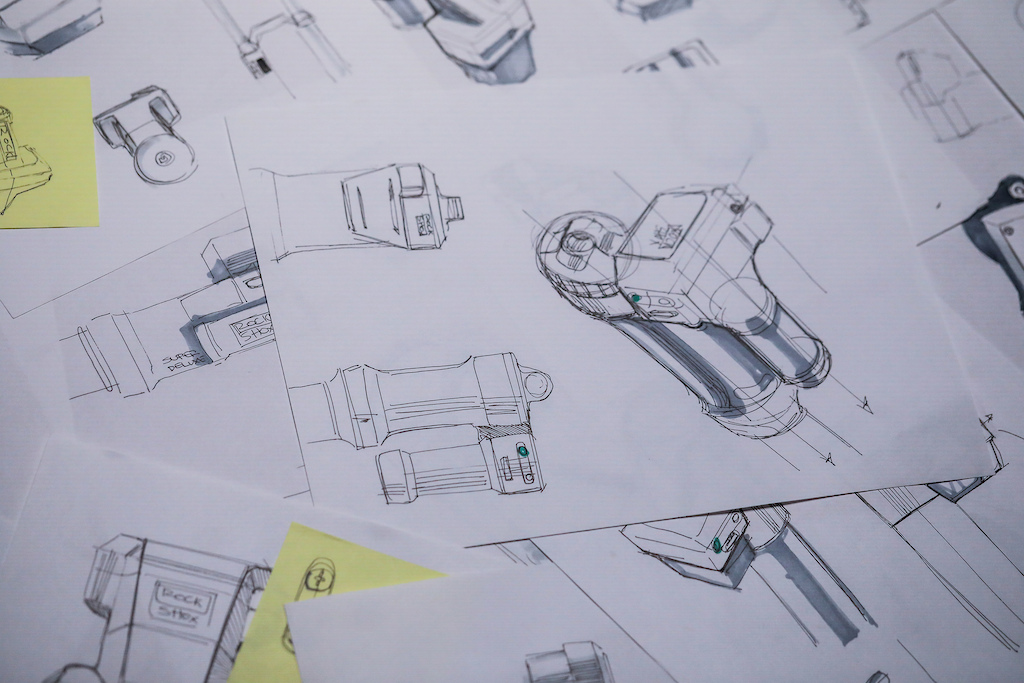 It’s November 2012. Geoff Nichols had just been hired as an advanced development engineer, with the directive to lead what would evolve into Flight Attendant. At this point, RockShox doesn’t do electronics. No one does. AXS is years away. Dropper seat posts are a luxury item and 29ers are just catching on with the mainstream. Nichols was intrigued, but dubious with the original incarnation. “In the beginning, I looked at what the product was,” Nichols said. “I realized we could strap sensors all over a bike, run wires everywhere, batteries and stuff, and we could make something. But that wouldn’t be a product.” The result was less than elegant, but the cogs were turning. 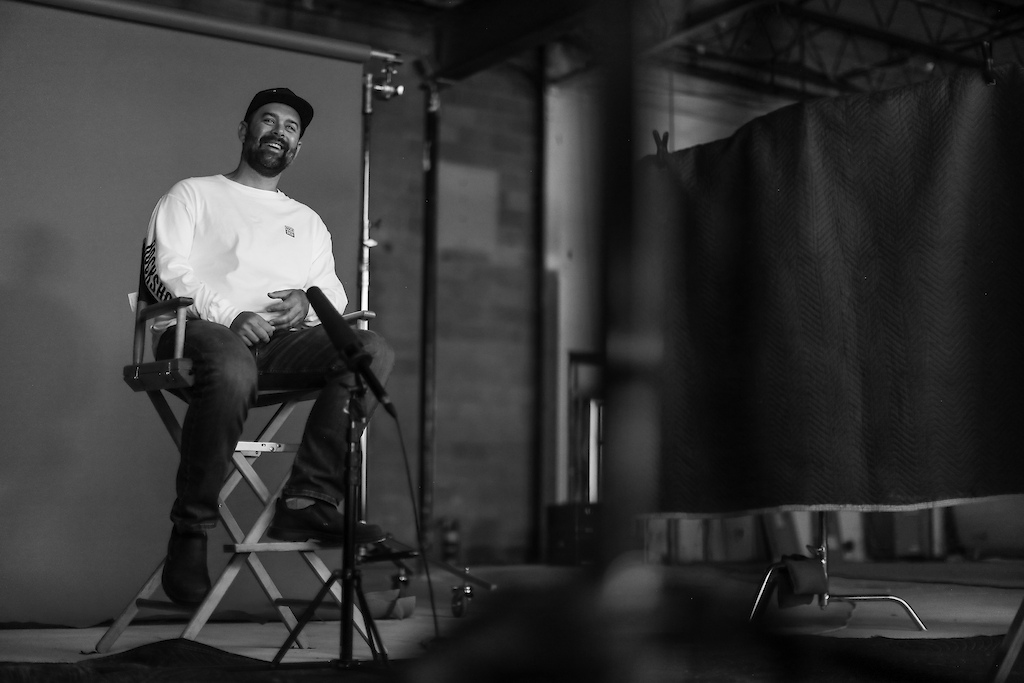 By January 2013, testing had begun. A trip to South Mountain Park outside of Phoenix, Arizona was followed by the initial presentation of what Nichols calls the “first mule” – a fully wired prototype bike. “I was riding it regularly,” Nichols said. “I would do a lap in the morning. This thing would then spit out a bunch of data. I would process the data. Make changes to the algorithm and go ride again. And that happened two to three times a day, four days a week.”

That well-ridden mule eventually was cleaned up and upgraded with a Pike fork. It continued to spit out data, a ton of data. Nichols held on for the ride, one that became increasingly smoother. “There was a lot of behind-the-scenes stuff that happened, and it was just me for that time,” Nichols recalls. “I did all of the mechanical design, all of the electrical design, I wrote all of the firmware.” There was, however, one glaring problem: the mule was ugly as sin. 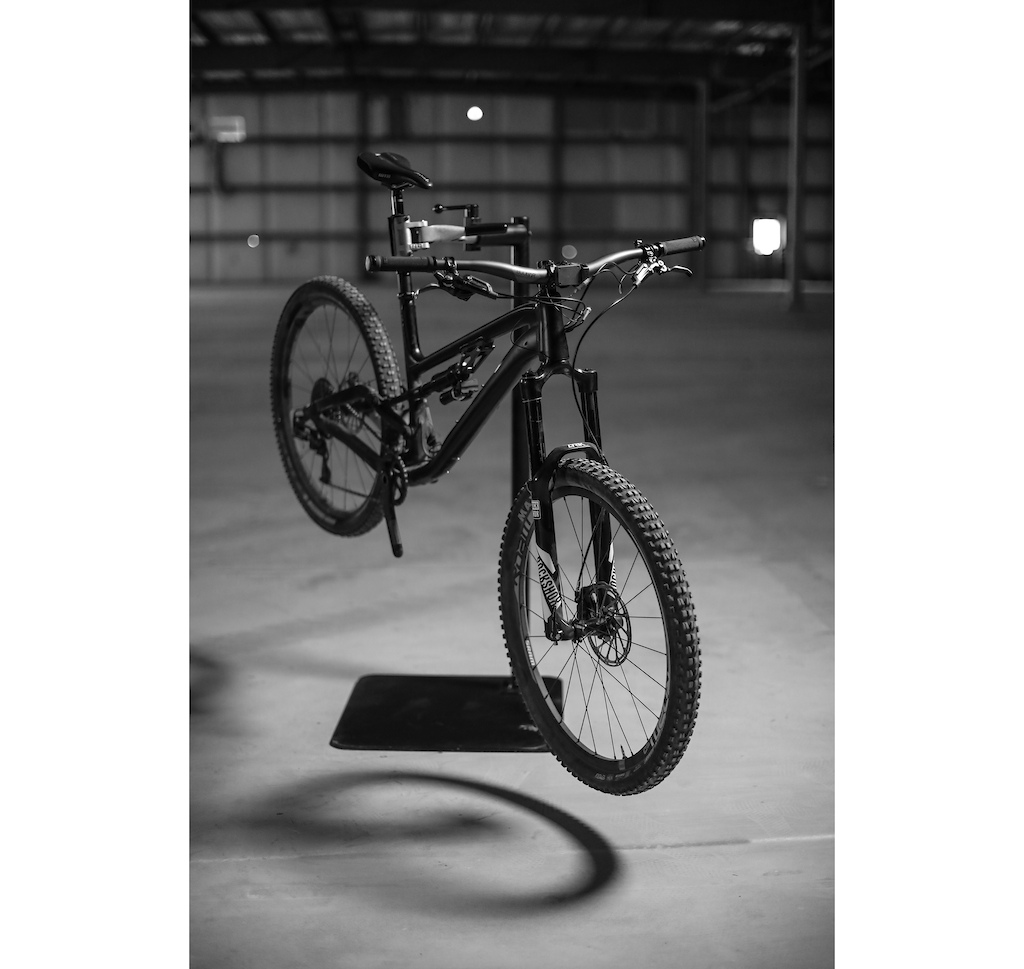 “We knew at the very outset, it doesn’t matter what the performance is if the bike looks terrible,” said Sander Rigney, VP of RockShox product development. “No one wants a spaghetti mess of sensors and wires and batteries all over the bike.”

Nichols began working on a solution. Rigney remembers wondering if it was even possible. “We didn’t know if sensor speeds were fast enough or how many would it take. It was a black hole.” 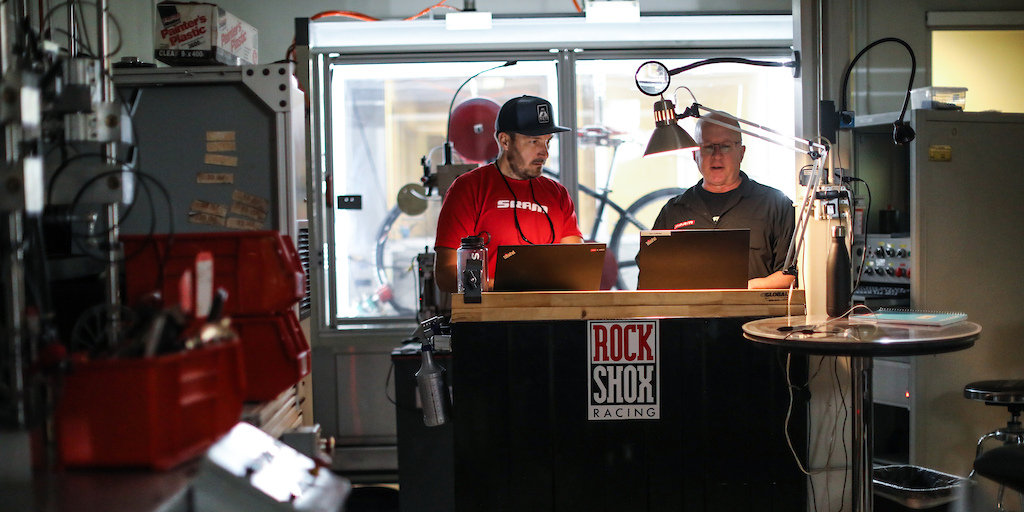 That’s when Joe Schoolcraft, an electrical engineer came on board. The algorithm was roughed in and needed fine-tuning. He had the skills to develop the sequence of 0s and 1s that now powers the intelligence behind the suspension. 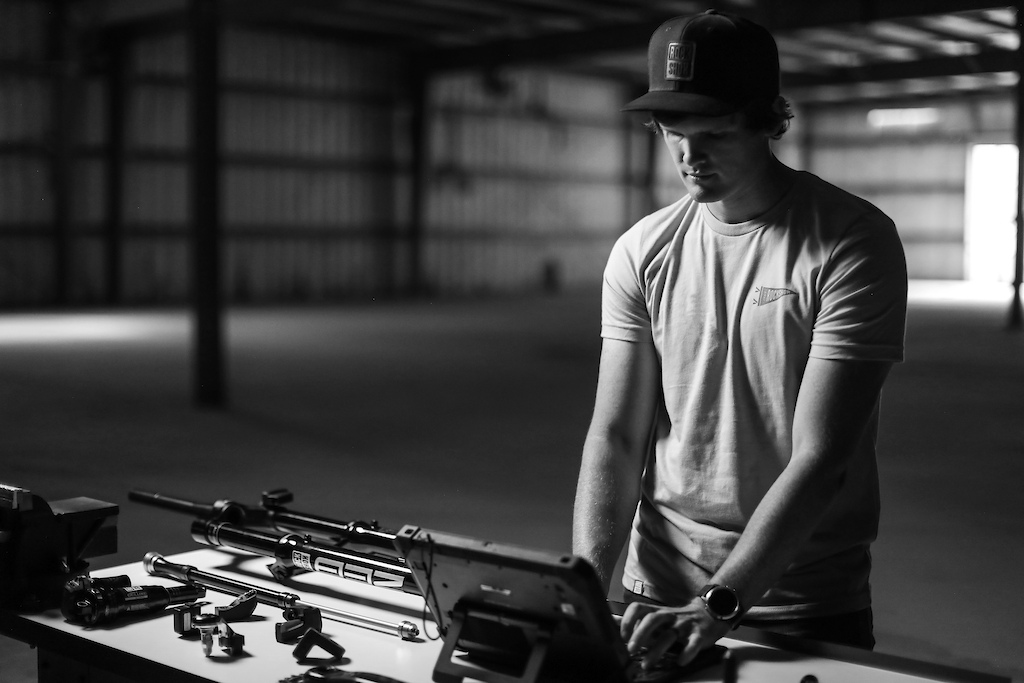 “The algorithm is the heart of the system. It’s what makes the system different from a manual lockout. It’s reading terrain inputs, looking for bumps. We’re taking all the inputs from the trail, and the rider, and sticking them together to paint a picture. We use that information to make a decision on what state the suspension should be in,” Schoolcraft said. But it wasn’t as simple as telling the bike to take the edge off the trail. It had to feel like the bike was reading trail as creatively as a human does, and that would take an equally creative mind to make happen.

“I think the most artistic thing we could do would make it feel like a fallible human experience,” says Schoolcraft. “If we make an electronic suspension system perfect, it's not going to feel right to a human being. If the bike behaves perfectly underneath them, it's going to feel very foreign. It needs to be imperfect.” 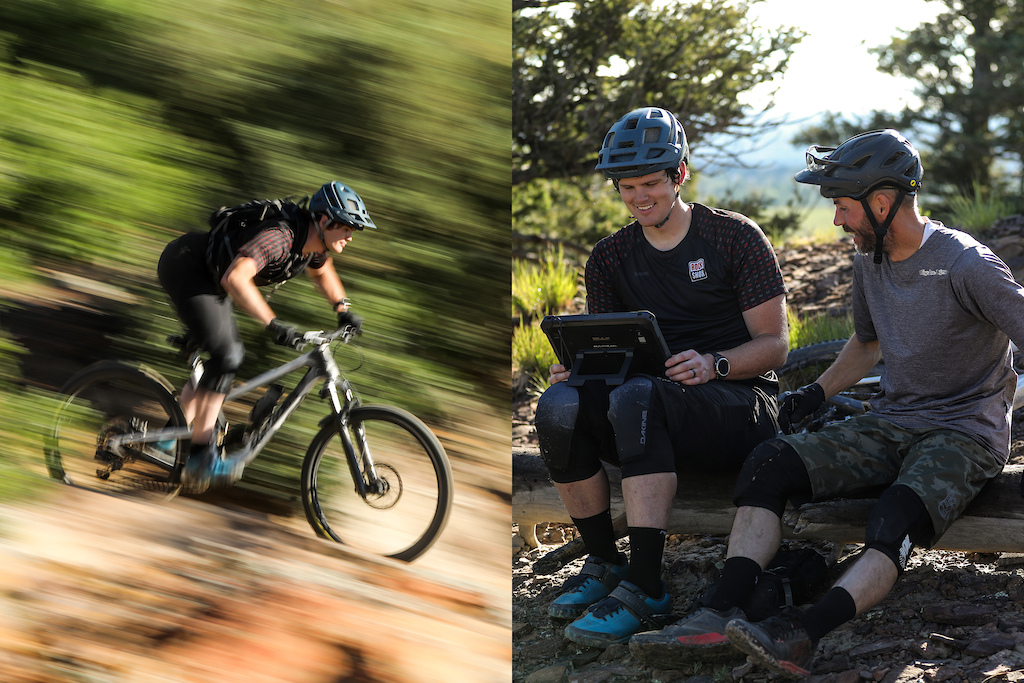 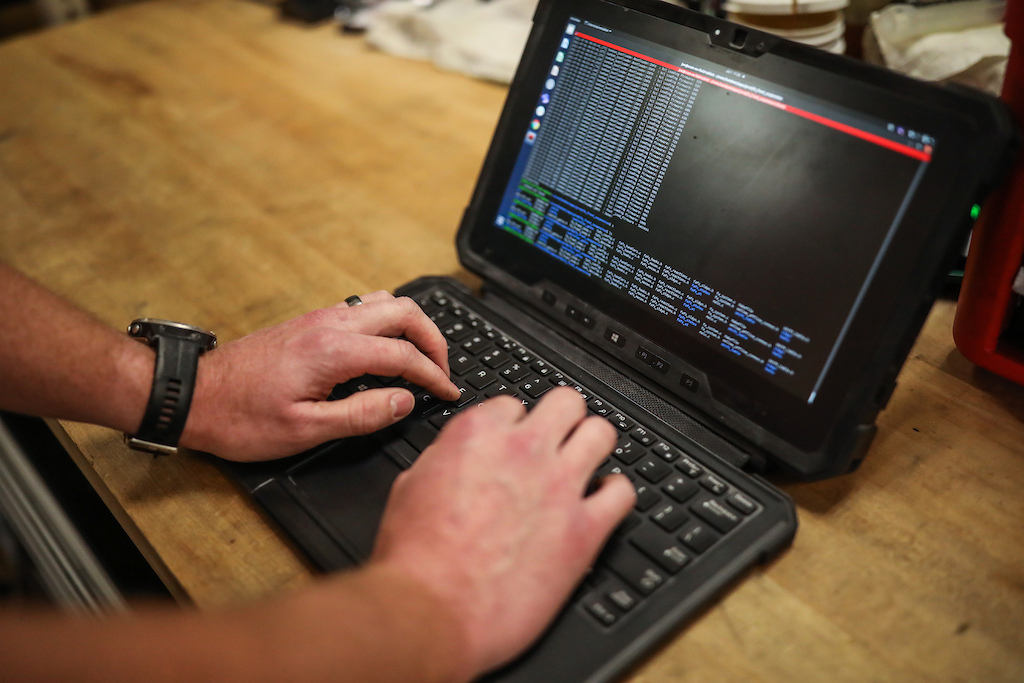 “In general, that’s what algorithms are for – to make a decision for you automatically,” said Mark Santurbane, Electrical and Software Engineering Manager at SRAM and RockShox. “We knew that we needed the system to make the right decision for you on the trail, all the time. When we decided upon that vision and direction, we knew we needed to make an algorithm to do it for the rider.” 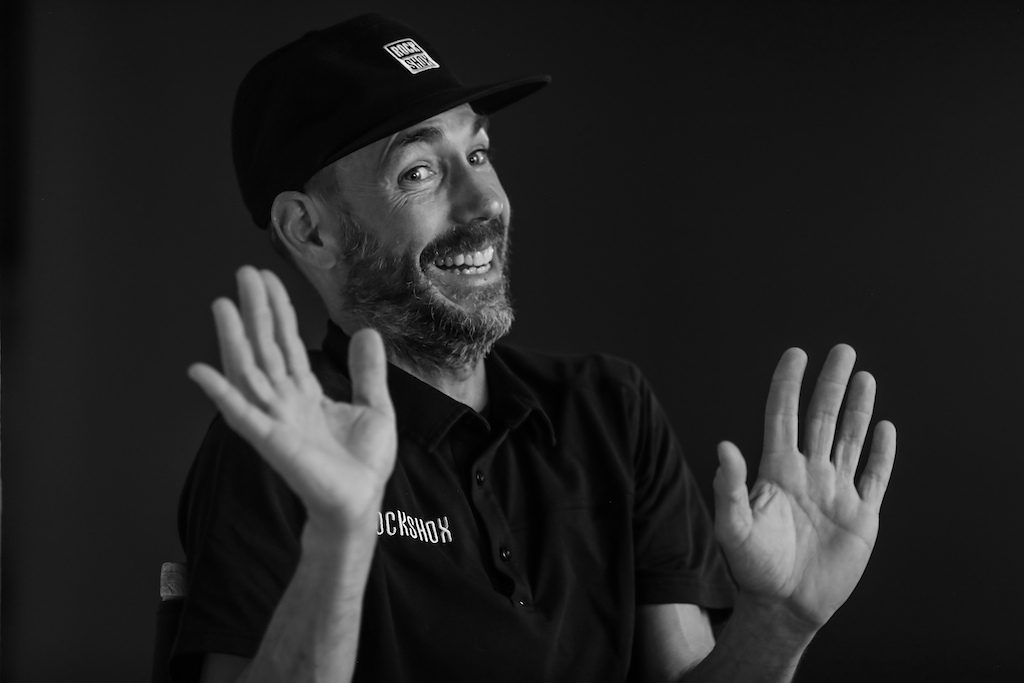 “A bike that makes decisions for you, makes the bike easier to ride,” said Jon Cancellier, product manager for Flight Attendant. “You can literally hop on and it makes suspension decisions for you on the fly. It improves the ride, as you ride.” Every pedal stroke. Every bump. Every steep pitch and every moment of airtime. Through a collection of carefully placed sensors, Flight Attendant “listens” to the electronic feedback of each sensor and responds to match the precise terrain, speed, and style of riding, calculating rapidly. It adjusts miraculously quick, sometimes stiffens suspension, at other times opens wide to absorb the hardest compression or locks out for pure efficiency. At all times, the rider can take control, although at no point do you need to. 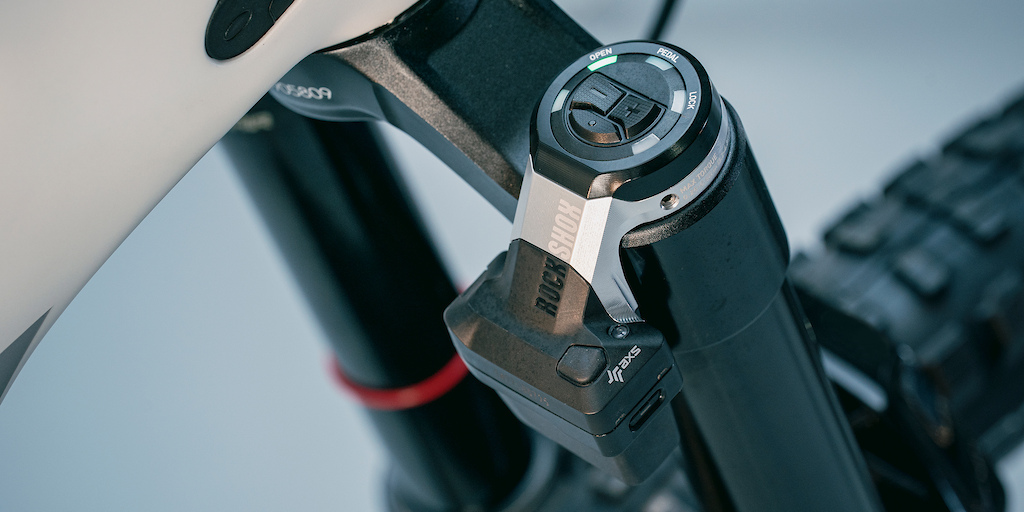 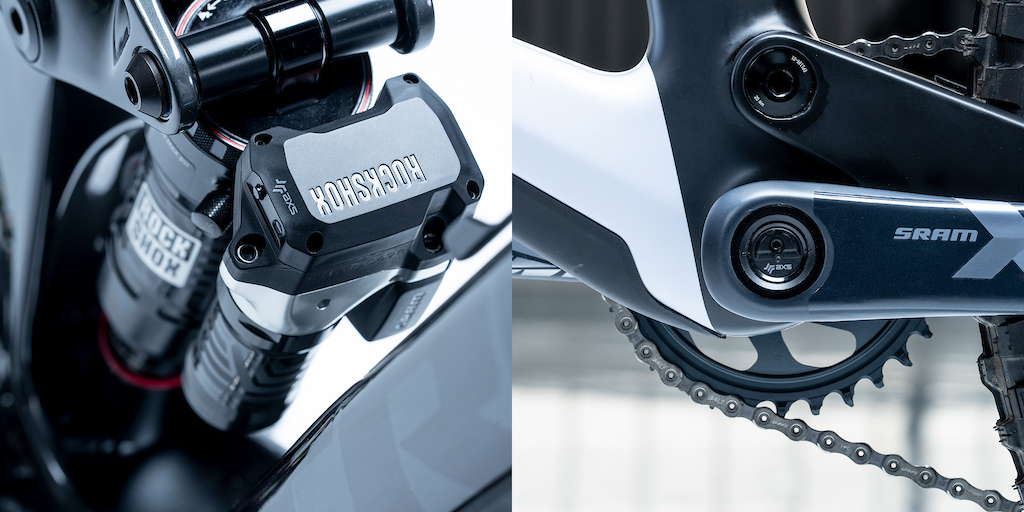 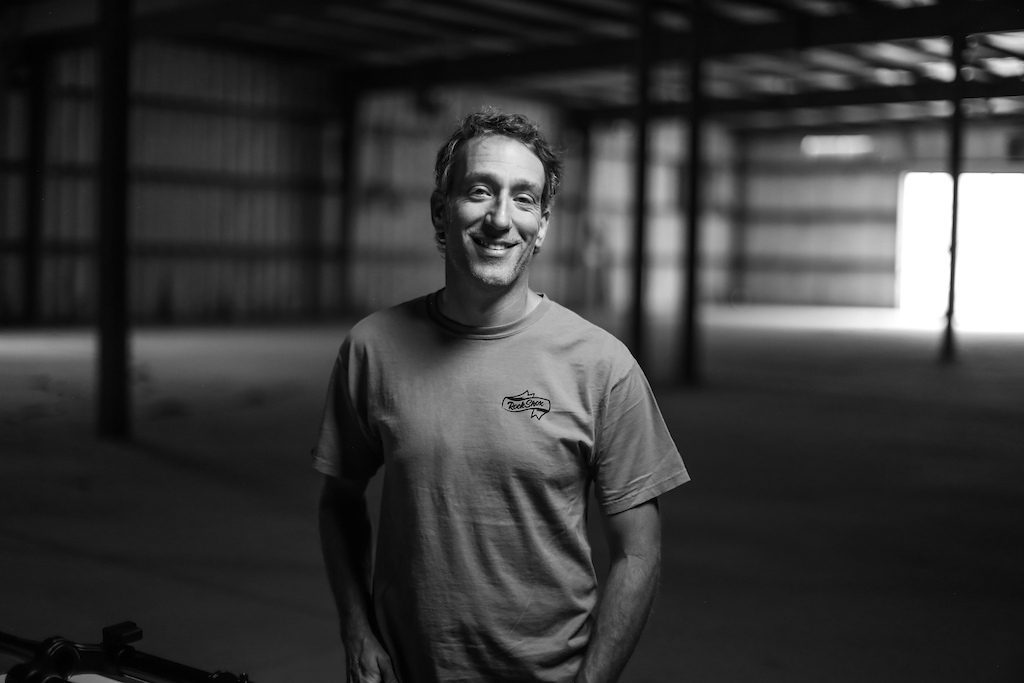 “Whether it’s compression adjustment, knobs, switches, or remotes, the reason most people don’t use them is they don’t know how.” Cancellier said. Flight Attendant fixes that. “To make it predictable and simple, you literally charge the batteries, plug in, and hop on the bike,” Santurbane said. “And it's going to do everything it should do for you on the trail to optimize your ride. We didn't want it to be noisy or disruptive or confusing. That’s been the whole vision all along.”

“At the very basic level of Flight Attendant, we're trying to maximize efficiency and get the most out of whatever bicycle it's put on.” Cancellier said. 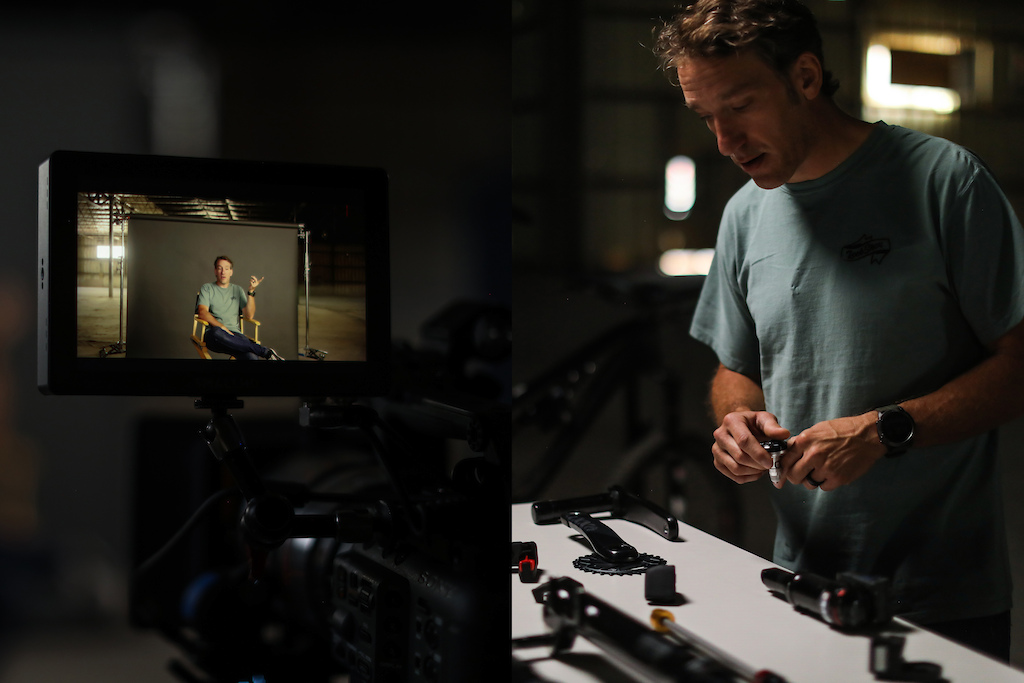 There comes a point in any project when the hard work tips the scales, and all that effort flows over and into the fun state. With Flight Attendant, it happened when the bike began scaling singletrack. Schoolcraft remembers that moment. “We were able to run a burly 170mm travel enduro bike and pedal it all day. It didn’t feel like we were missing out by running a smaller, lighter trail bike, just because of all the amazing pedaling benefits.” Fast forward to today, and Schoolcraft becomes more certain of the system’s strengths.

“You just can't compare it. If you take Flight Attendant off my bike, I am absolutely slower, no questions asked. I don't ever want to ride without it again,” Schoolcraft said. 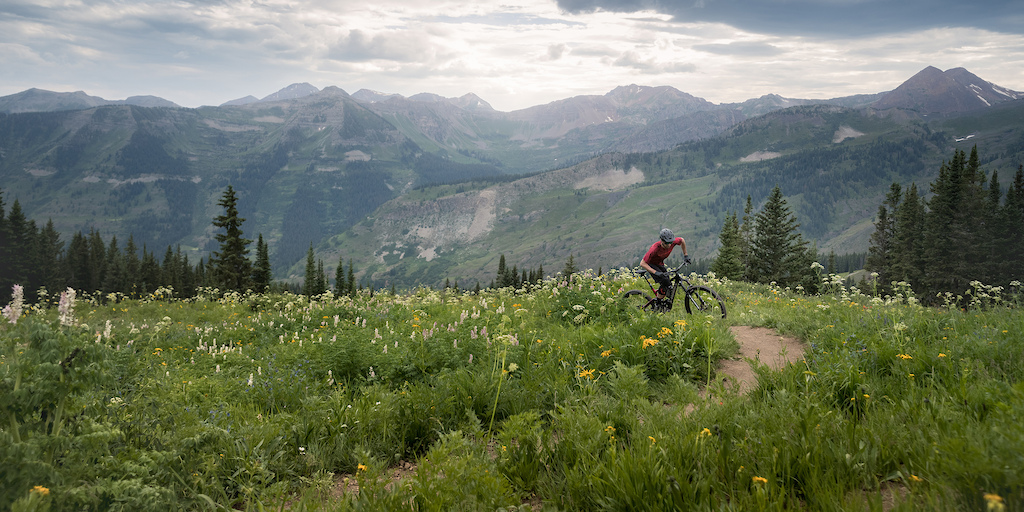 Riders or non-engineers—like most of us—will never understand what happens in the algorithm which makes a Flight Attendant ride so enjoyable and efficient. But we don’t need to. That’s the whole point of the exercise. To ride is to experience joy and struggle on the trail, not to fuss over a complicated suite of equipment. When asked where it will help riders most, Santurbane gets animated. “You know what? It just shines on that undulating, noisy type of terrain. It's up, it’s down, it's smooth, it's rocky, it's just all over the place, all the time. There's never a consistency to it. That's where it's amazing. It's doing it for you.” 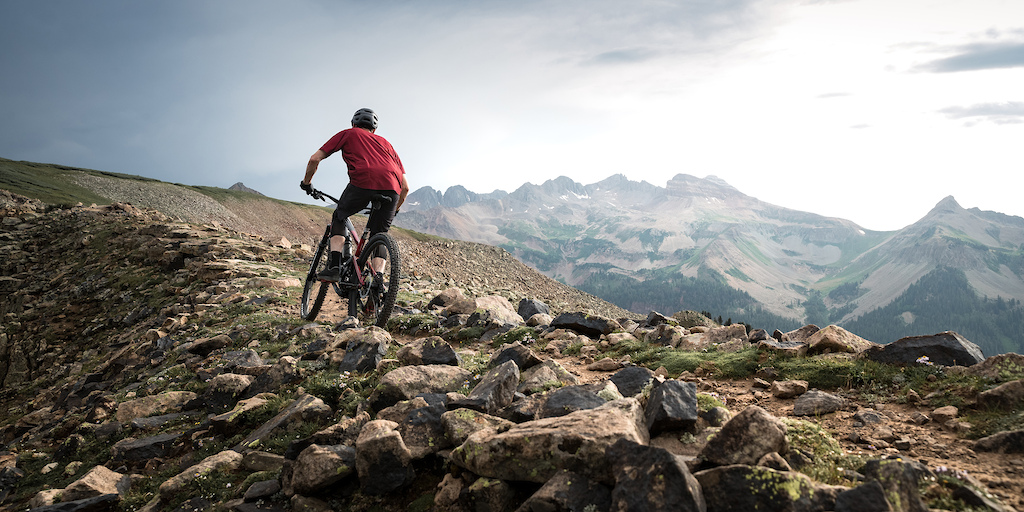 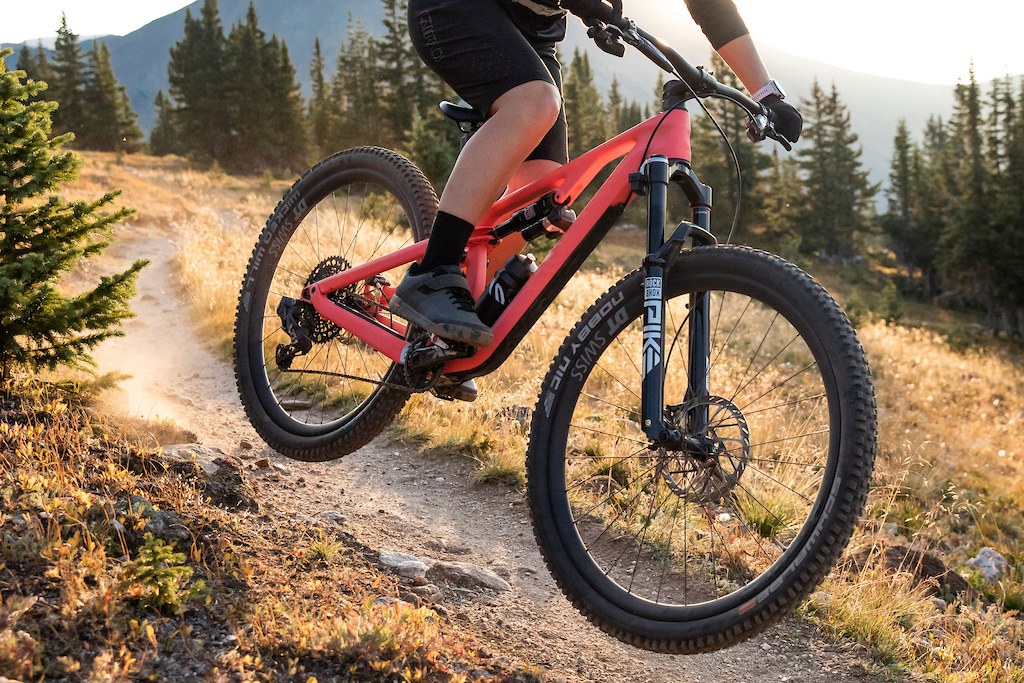 Doing what, you may still be asking? It’s a fair question. Flight Attendant is complicated, but when asked to boil it down to one simple statement, the answer comes easy to Cancellier:

That’s good enough for us.