Time to Get Some Soil Therapy

Join Pinkbike  Login
Much has been written about the many positive effects of exercise and it hardly seems worth listing them all as they’re engrained in our collective consciousness. Its taken as a given that physical activity is good for the condition of your body and also your mental health with even the shortest burst of exertion, breathing life into stiff, tired legs. Deep lungfuls of air and a rapid heart rate will relax a fried brain or invigorate a weary one - especially after a period of slothful inactivity, or more likely, five days sat at a desk. But there’s something really special about mountain biking. Out there in the wild, long faces and frowns are a rare sight, replaced by smiles, laughter and a high-five from your riding companions. Mountain biking is playtime, plain and simple and something that’s sadly missing from the majority of adult lifestyles and absent from traditional sports with their rulebooks and referees. No matter how bad the weather, or how reluctant you are to assemble your kit and get yourself out there; a bike ride is rarely filed alongside your life’s biggest regrets. 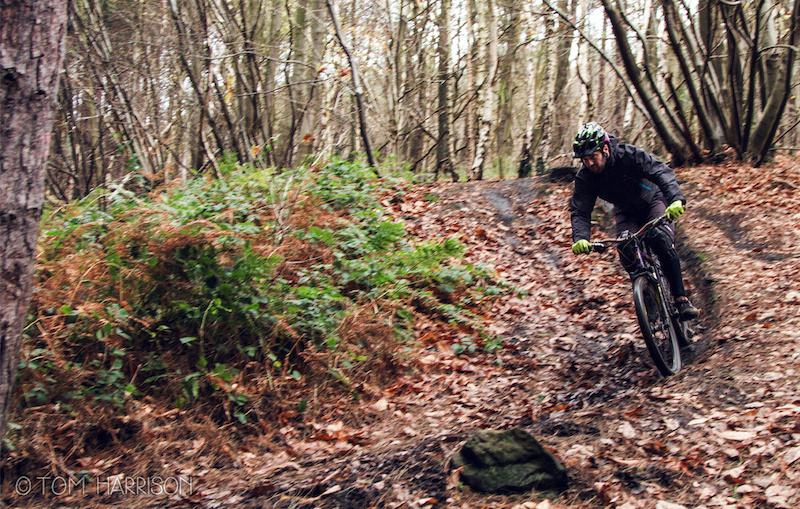 Racing around on an expensive, brightly coloured toy through the woods is an ultimately childish and thoroughly joyous experience. It transforms conventional, world-weary adults into happier, healthier versions of themselves. Nothing helps you throw away your earthly concerns like a big day on a mountain. More than simple, sweaty, physical exertion in a dangerous, adult playground, research suggests that there’s a much more powerful ingredient that actively works to makes you feel good. Something that, as a mountain biker, you are perfectly positioned to take advantage of. Something sown into the fabric of our outdoor environment that has a profound effect on your mood, the effects of which are powerful and inescapable. 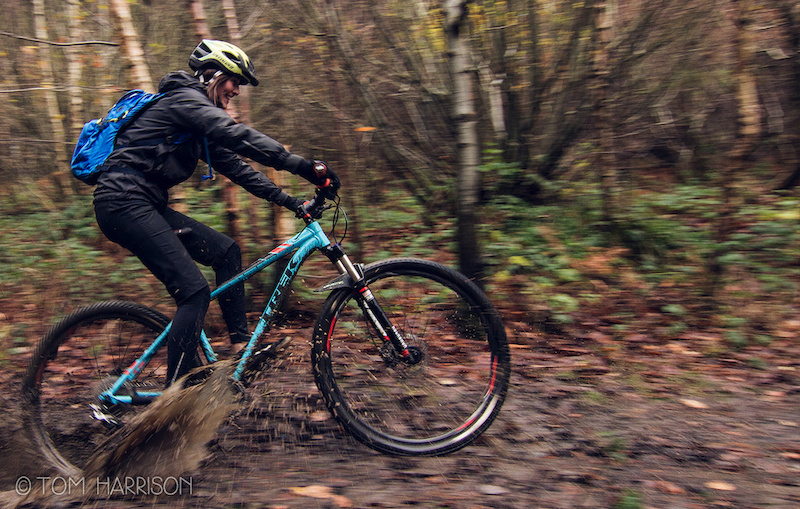 Mycobacterium vaccae is a strain of bacteria that naturally occurs in all types of soil. The fascinating thing about this particular bacterium is that it is proven to trigger serotonin production in your brain. Serotonin production is the primary function of most pharmaceutical antidepressants such as Prozac. Serotonin production and regulation is essential for healthy brain chemistry and low levels of this multifunctional chemical messenger can have profound effects. A serotonin deficit can be responsible for aggression, anxiety, obsessive compulsive disorder, irritable bowel syndrome and is a well known cause of depression. Your hypothalamus (the part of your brain responsible for regulating your moods) demands a steady supply of serotonin to maintain a balance. Serotonin is known to induce feelings of calm, happiness and a sense of well being. Luckily for us, the very dirt we ride in is infused with a compound that acts in exactly the same way as prescription antidepressants and we seemingly can't get away from the stuff. We ride in it, we dig with it and we crash in it, absorbing it through our sweaty pores. 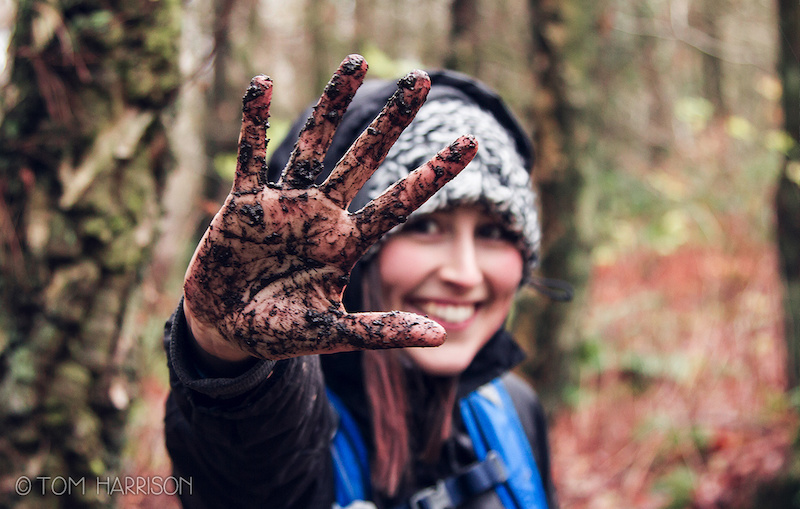 The effects of these bacteria were discovered accidentally. Lung cancer patients undergoing chemotherapy reported a notable increase in the quality of life when treated with the compound. Chemotherapy is an arduous process and the patients experienced a major decrease in the sickness and fatigue that usually accompanies it. They also displayed increased emotional well being and cognitive function, which was backed up by live animal testing. Laboratory mice responded to Mycobacterium vaccae with increased energy and displayed a greater capacity for learning. They also navigated a maze far quicker than those without. Think about that the next time you’re trying to stick a hard line or navigate some tricky singletrack. When you’re in the woods, covered in mud, you have a neurological advantage triggered by nature’s pharmaceuticals.

There will be people reading this who suffer form depression or some form of mental illness, which you probably keep it to yourself. It certainly doesn’t make for good pub conversation or Facebook likes in the same way as gory photos and x-rays of broken bones, but the fact remains, most physical injuries are easier to deal with. You probably know from experience that riding your bike can pull you out of the pit you’ve slid into. When you’re at the low point of a down swing, when you have to drag yourself out of the house, or even out of bed and if you can make it to the trails, a large part of that mental fog will be blown away. Now you know there’s a scientific reason for it. Your burning lungs and pounding heart will take care of the meaty bits. 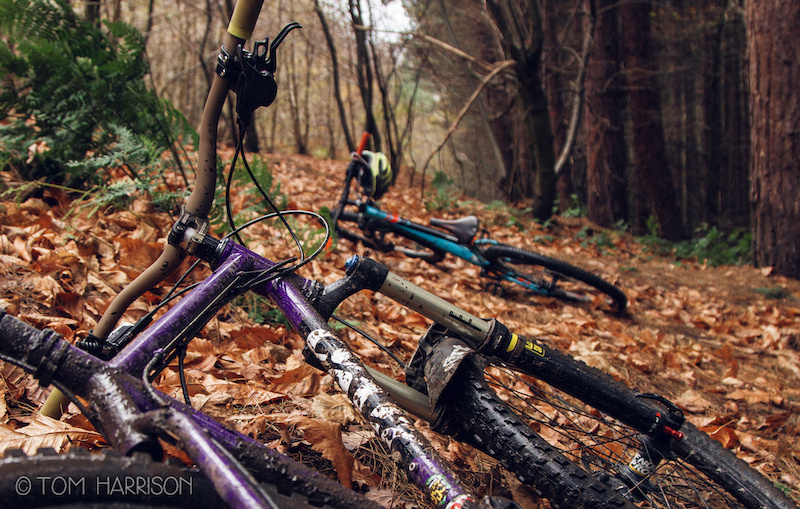 These discoveries and the associated health benefits have been well publicised in gardening literature and among those who run allotments. Working in the soil with your hands is now widely accepted as a remedy for aches, pains and the blues, but mostly in elderly circles. Mountain bikers, as a community of men and women who spend their lives playing outside and sliding around in the mud on bikes, should surely know and understand the effects. It’s more relevant to us than almost any other portion of society. Maybe you can use it to lure some friends or family out of the gym or away from the X-Box to experience the healing power of the brown slime. 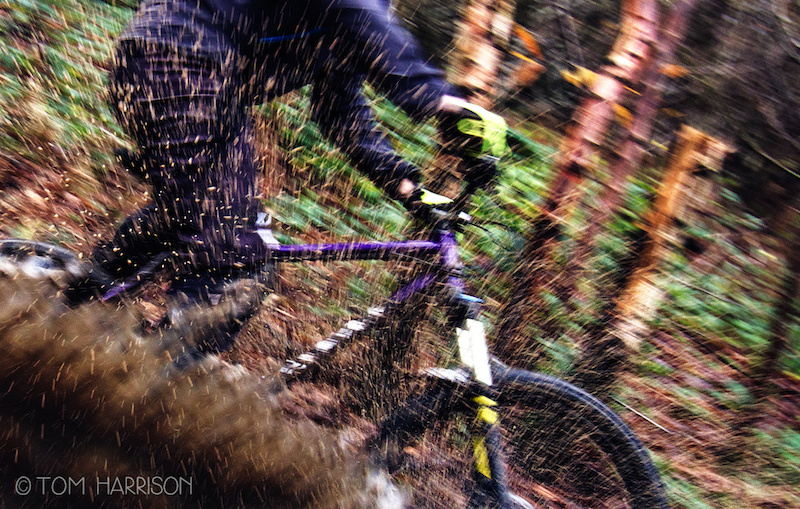 I’ll end one a quote from Dr. Chris Lowry from Bristol University, who conducted the animal testing: "These studies help us understand how the body communicates with the brain and why a healthy immune system is important for maintaining mental health. They also leave us wondering if we shouldn't all be spending more time playing in the dirt."

Luckily, for those of us coming into winter here in the UK, that dirt will be smeared all over our faces!

TheTrailSnail (Dec 2, 2015 at 4:32)
Fun times! I love riding in mud. there is just something satisfying about pulling off those soggy clothes at the end of a sloppy ride and polishing off a couple beers and some hot food!

joshbosh12 (Dec 3, 2015 at 3:35)
As he said "There will be people reading this who suffer form depression or some form of mental illness, which you probably keep it to yourself. It certainly doesn't make for good pub conversation or Facebook likes..."

I myself suffer from depression and the last couple of months I have found it very difficult to drag myself out of the house to get out on my bike to blow away that mental fog I'm experiencing but reading this has really made me want to get out there and feel that thrill I used to feel every weekend!

I certainly wont be too bothered about falling in a puddle of mud either now knowing it's benefits.

ballardski (Dec 3, 2015 at 6:45)
I always used to get depressed at the start of a new year, oh no another dead loss year, more of the same sh1t, were's the money going to come to pay for this and that, Im shore there is a lot of people out there who feel the same!

Not since ive been cycling, over x mas and into the new year there is nothing better than to get out on my fav trail, splash through puddles of mud and then when i get home I feel over the moon and bring on the new year and the next muddy trail!!

Life is good. Just wish it would stop bloody raining! ;-)

oldmanDan (Dec 2, 2015 at 10:38)
At last! Some kind of evidence that backs me up when I tell my wife "it's actually really good for you to roll around in the mud!"
(As she gives me the death stare for f*cking up the washing machine)

cunning-linguist (Dec 2, 2015 at 11:50)
Old man dan, I've just got a new washing machine too, gotta be careful this time! She work up with my spds cruising around (late at night) on a secret washing mission and I was told NEVER to was cycling shoes in there again... :-D but when she's out....

bowglie (Dec 2, 2015 at 11:51)
"As she gives me the death stare for f*cking up the washing machine)" LOL. A couple of weeks ago my Mrs made me hose myself and all my clothing down before she'd let me in the house. Interesting to know about this research though, as I reckon there's definately something in it ('scuse the pun

w0dge (Dec 3, 2015 at 1:57)
I used to come home from a ride utterly plastered from head to toe, grinning like the village idiot. My dear old Mum would hand me a towel and make me strip EVERYTHING off outside at the back door before being allowed to cross the threshold! Didn't matter that it was the middle of January, as long as next to zero mud came in the house!

wev4321 (Dec 4, 2015 at 1:51)
I hate mud. It gets into every crack nuke and cranny. It too hard to wash off my bike, sticks like glue especially as it start to dry after a run back home on the top of the car. My kit is completely covered head to toe and takes an hour to wash and hang. Tree routes with mud turn into death traps waiting to yank you off the track turning the pace alot slower with fear of broken bones. If only i could leave my kit covered in the stuff then everything would be okay.

redbaronmulisha (Dec 4, 2015 at 5:41)
What about summer time, when the delightful mud turns hard and dries up? does it still have the same benefits?