The Story Behind Southcoast Suspension

EDWARD: Let's start with the basics and tell us a bit about yourself and how you came to start Southcoast Suspension.

GRANT: Well, my name's Grant Fox, I'm 42 and married, two kids and I'm ex-military. Over the years I have been into many sports; everything from jet skis to wake-boarding to mountain biking. I have always done any modifications or service work myself and always ended up getting asked by friends, friends of friends, etc - could you, would you, mind doing mine! So all the way back then, I wanted to be involved in a sport/servicing trade.

SCS came about around 5 years ago while sat around waiting for work, as a taxi driver in Brighton. I wanted to create a business that I would truly enjoy doing and at this point I was already servicing my own forks and few other people's bikes in my spare time. I was asked if I could sort someone's RockShox seat post and at the time I didn’t have the correct tools, so I enquired about sending it off only to be told there would be a 3-4 week waiting time. It was from that phone call and a bit of research that I thought that the South East could do with its own service centre. 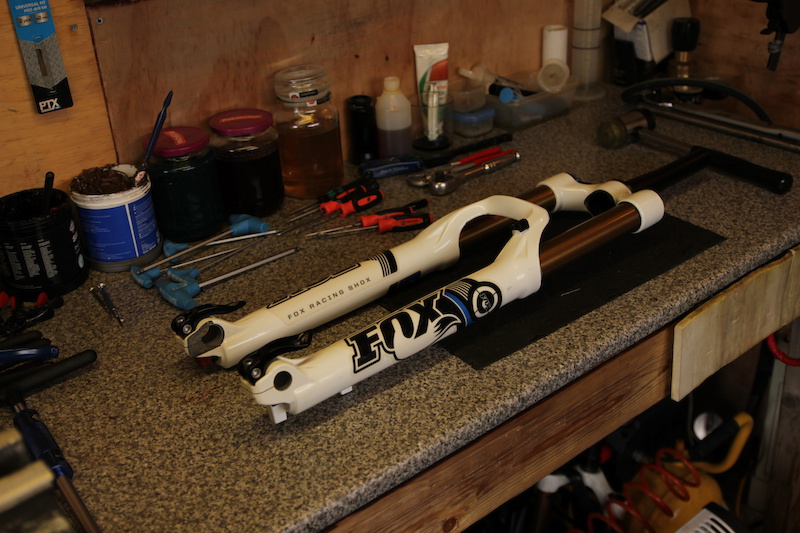 EDWARD: How long have you been involved with bikes?

GRANT: I have been riding since 1975 when I was three years old. I'd fixed my first puncture at 6, does that count? As a professional service centre, SCS is just entering its fourth year. 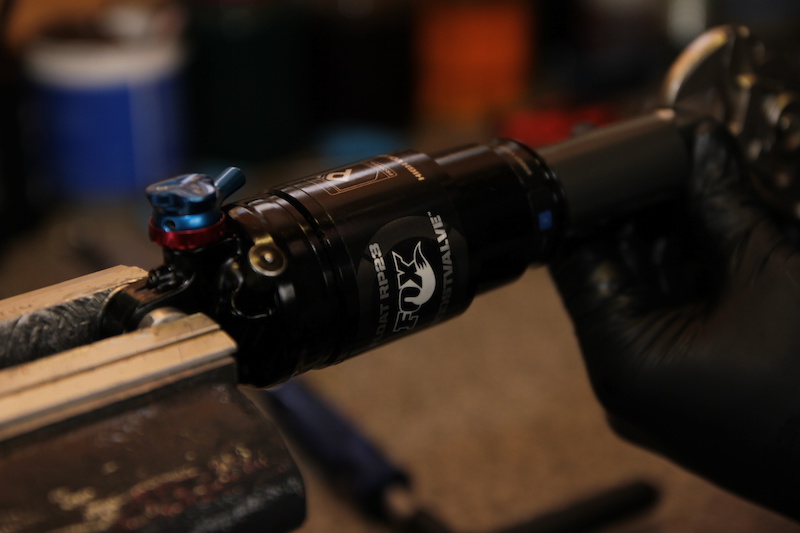 Grant can service anything and uses only the best oils and parts. 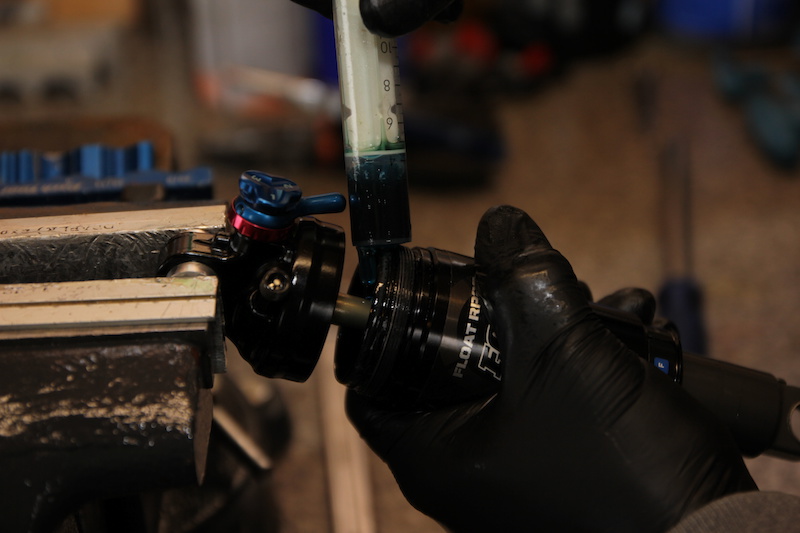 EDWARD: You are a Fox Approved Service Centre. Can you tell me how that works and what you had to do to get that?

GRANT: It came about after I sent an email to Fox in the USA asking how I'd go about becoming an approved service centre. I had seen that a lot of bike shops were after this as well and I wanted the same status, plus the name fits. So after a small but in-depth course, I gained the 'Fox Trained and Approved Service Centre' status. In 2014, Jungle Products approached my about becoming the a KS service centre and now I am one of only two in the country and have all the parts and tools to perform KS servicing. 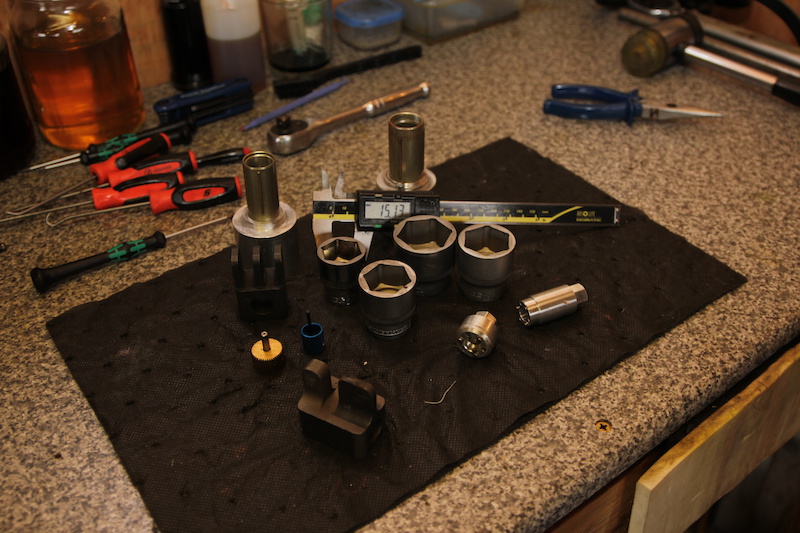 Just a few of the tools it takes to perform full rebuilds of your suspension.

EDWARD: I know you've had some custom parts and tools made up over the last year or so. Can you tell us about those?

GRANT: I have been lucky to have access to a £1 million CNC milling machine recently, so quite often during servicing, I sometimes think to myself, hmm 'this' would help? I send the idea over to my cousin and he will either say yes or no – he doesn't say no often as he loves a challenge! To date I have had tools made to help service KS seat posts as well as a few other bits to make servicing shocks easier and safer. I've also had all my sockets machined into flat heads so they have better purchase on the fork top caps!

EDWARD: What services do you offer people and why should they choose you over someone like Mojo?

GRANT: We offer the same services as the bigger companies and some in between, for example I found a lot of riders had performed Fox air can seal service's hoping it would get rid of a poor performing shock when it really needs reseting and recharging. We also service just the damper cartridge if you're happy removing it! But the one thing I think that makes Southcoast Suspension stand out is the personal service and "banter" - I like to get to know my customers. 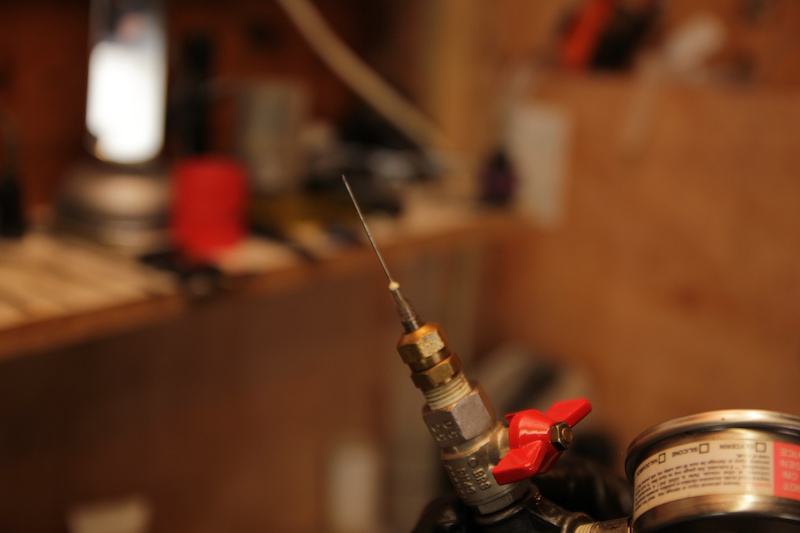 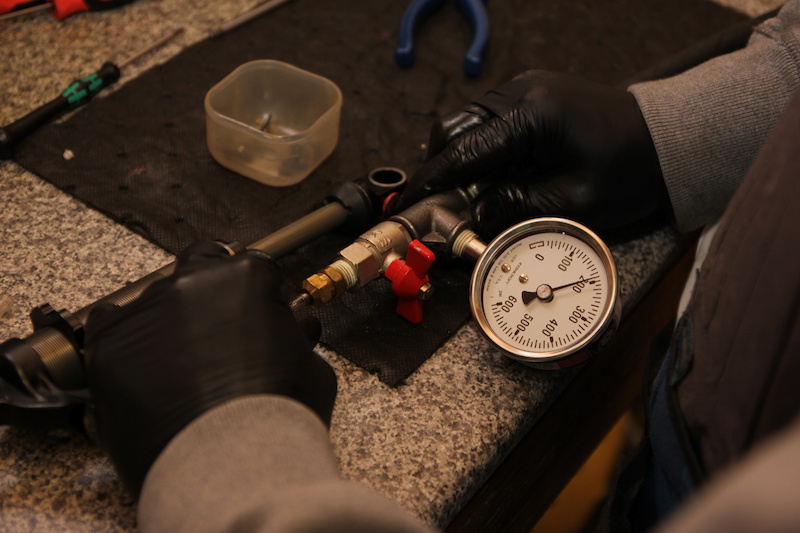 EDWARD: You regularly help out with the BHF rides as mobile support. How did this come about?

GRANT: A local mobile bike mechanic started using me for his suspension servicing work and we became friends and the rest is history. It's such a good laugh! Some of the riders are seasoned, so I give them some stick when they come over with a puncture. Even had a lady last year with her forks on backwards!

EDWARD: I know you're sponsoring some riders and teams now. Who are they?

GRANT: Well I believe that word of mouth is the best form of advertising so I have given lots of different riders some cost only servicing. Over the last few years we have a supported a fair few races and riders; QECP Enduro, The Gravity Project, Racers Guild of Cannock Chase, Finn Hawes and PORC. For 2016, we will be giving away a suspension service package at the British Downhill Series and the newly created British Enduro Series with Si Paton. We're hoping this will really put a stamp on things, to show I am here to stay and grow – I might work from home but it's a business, not a hobby!

Jtlynch (Nov 26, 2015 at 11:09)
Great write up, good to see some recognition for a hard working fella like Grant. A very well priced quality service with good turn round times you can't ask for more. As a local guide and MTB Coach at Southeast Mountain Biking we use SCS for our suspension servicing for all our hard working bikes and recommend Southcoast Suspension unreservedly. Nice one GF, onwards and upwards!

cgaldies (Nov 26, 2015 at 11:27)
Loved reading this. Grant has serviced both my fox forks and shock now and I was more than happy paying him the a less amount compared to the big companies but not to say that he doesn't deserve that higher price. Great guy always willing to have a chat and a laugh with you. Well done Grant and thanks for providing us all with an exceptional company to go to

Bizzle78 (Nov 25, 2015 at 13:37)
Props to Grant, had him service a Fox 32 vanilla a little while back and did a top job. Would recommend him to anyone who needs any suspension stuff servicing .

mattvanders (Nov 25, 2015 at 9:44)
Good to hear of a small company that offer such a good wide service, good luck. A friends has a very similar company (essex based) for suspension servicing and tuning (ex dh sponsored racer and mechanic by trade). Worth a look on fb for pedal-worx

downhillpaul (Nov 26, 2015 at 10:15)
Fantastic! Well done Grant, that's a great wright up. You did a fantastic job with my forks and will definitely be back!