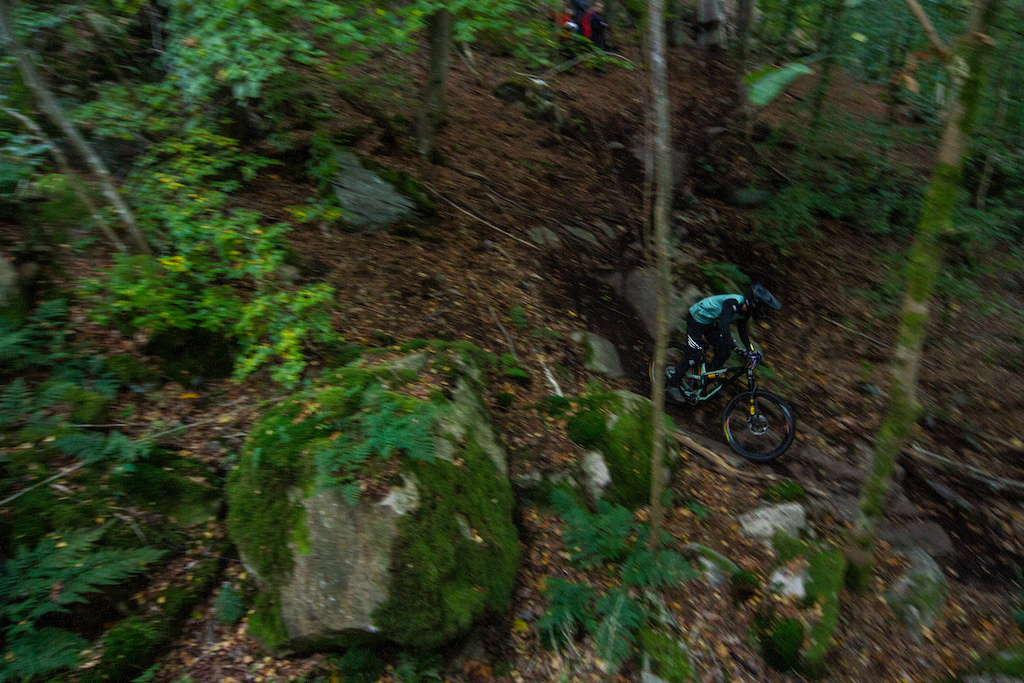 GÖTEBORGSENDURON
ESS 2020 - Göteborg - Lackarebäck
photography & words: // Johan Gustavsson // Video: // Peter Eriksson
This special year eventually had some races in Sweden, although it was a bit different and didn't feel like normal, we did have two races - one national and one regular race. We're going to focus on the race in Gothenburg, or more specific Lackarebäck. We been here before but never have we seen a race in Gothenburg with these dry conditions and a weekend with sunny weather. The Swedish bicycling federal had put a limit of 50 riders on the track at the same time witch made the organisation for a races a bit more trickier than usual, but after some problem solving the organizers found out the perfect way of having a race in times like these. 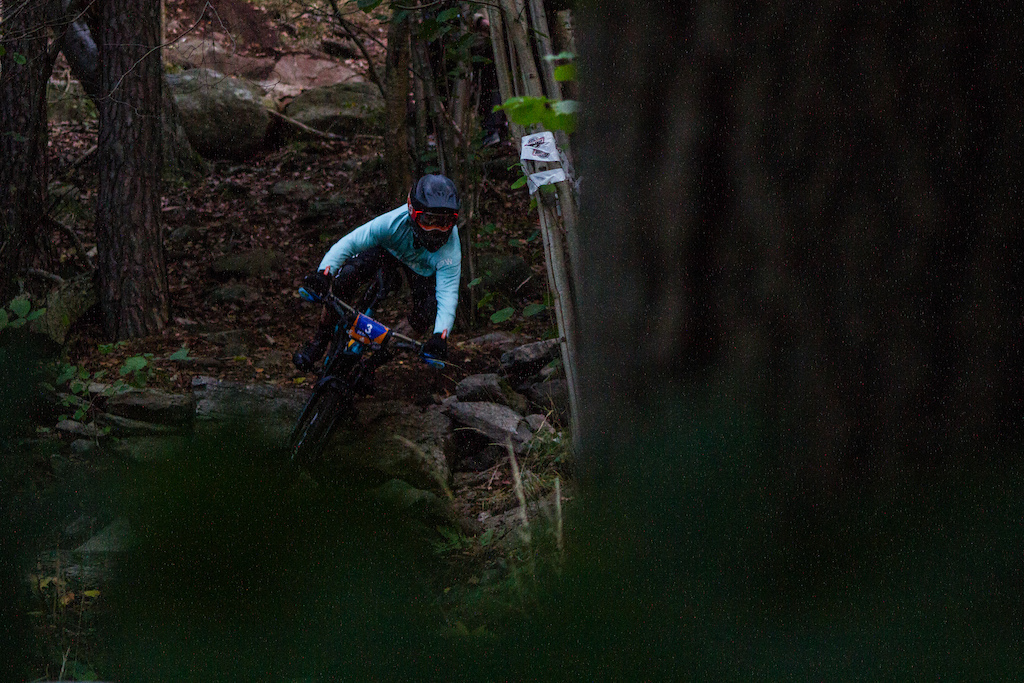 First up for this race was the elite riders, they started 08.30 in the morning, just after the sunrise. The start of stage one was at the top of the hills of Lackarebäck and the riders had the sun in their back before going in to the dark forrest at the bottom. And it was so dark that my camera would really cooperate with me, the ground was still moist from the small rainfall the night before which made things a little bit more technical for the first riders. Here's Simon Lundblad, doing his first season in the Elite mens category, ending up in 9th. 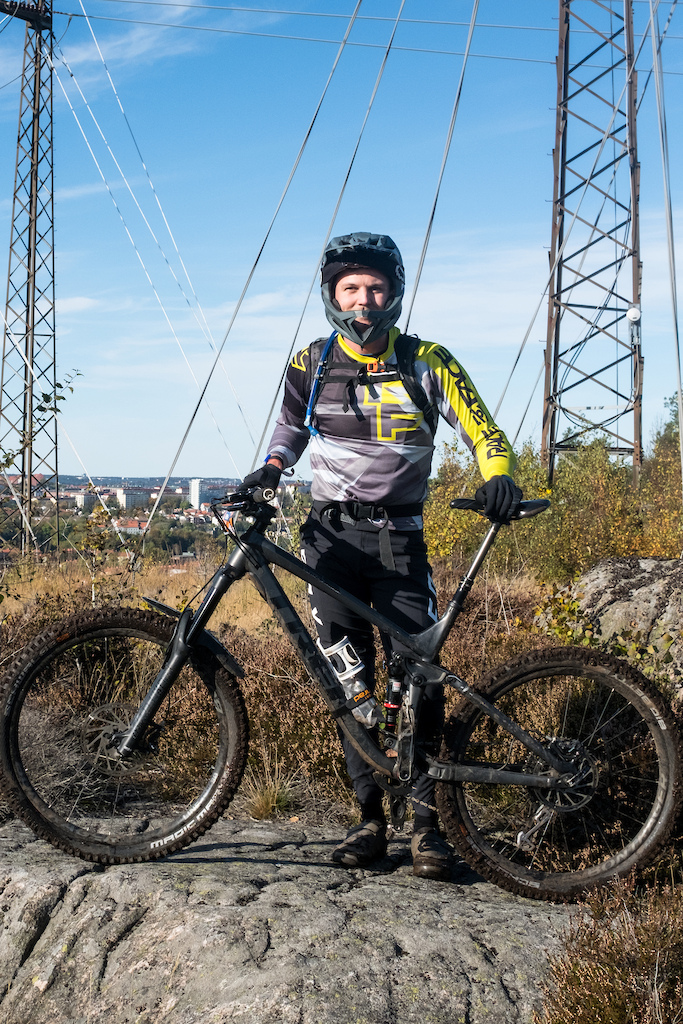 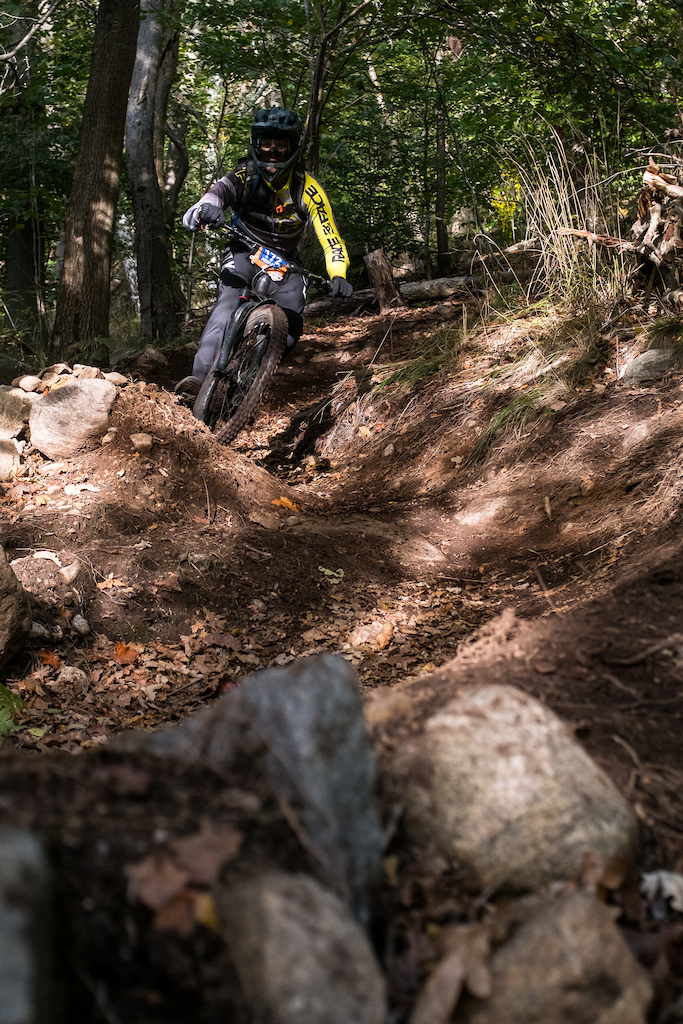 Tobias Bredenberg did his first ever enduro race this weekend, after racing a bunch of Downhill races when he was younger he was determined that this year was going to be the one when he gave enduro a shot. Tobias lives not far from where the tracks are so this was nothing new for him. 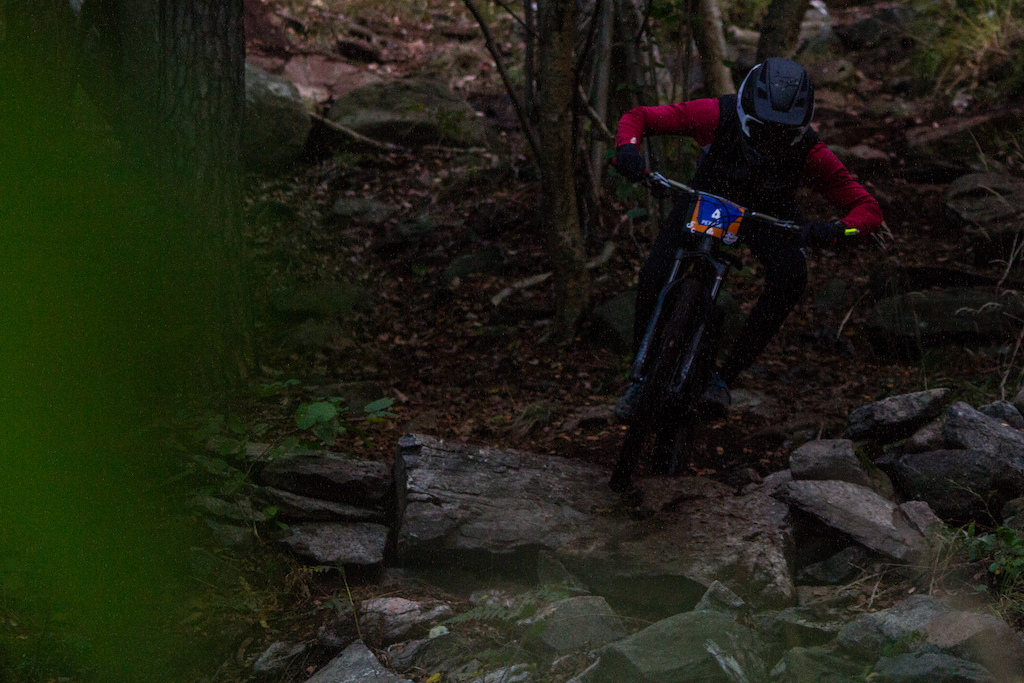 Someone that could be the "the most local guy" this weekend is Daniel Bagge, stage 1 even had a section named after him called Dirty Bagge. Daniel was also one of the top guys in Elite last year when he claimed his first podium with a second place. This year he had to settle with a split 3rd place but seemed to be real happy with it since he'd spent most his time studying, rather than preparing for races. 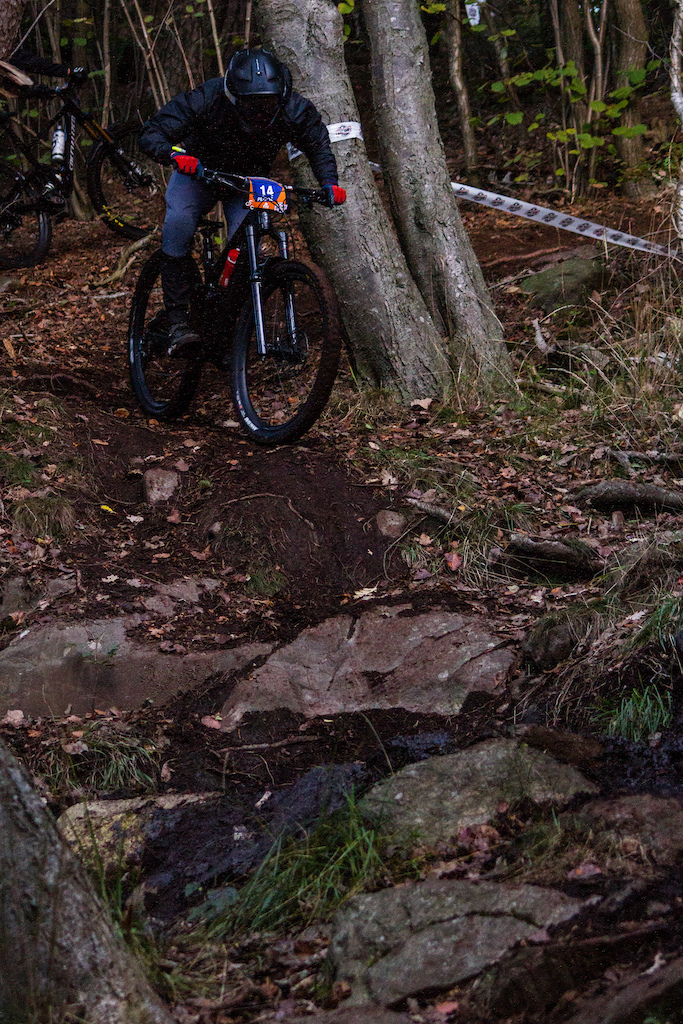 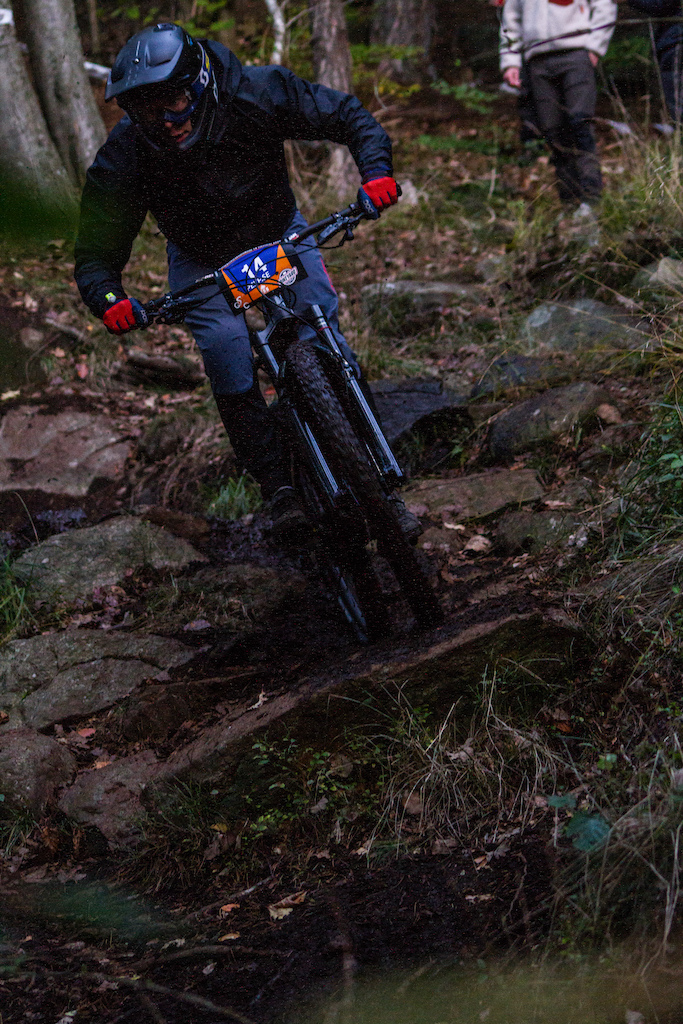 Johan Widen was the other part of the split third in the Elite mens, this is his first year in the enduro category but he's a well known racer in the XC scene with good results in both the national series and the world cup, a total ripper on a bike. 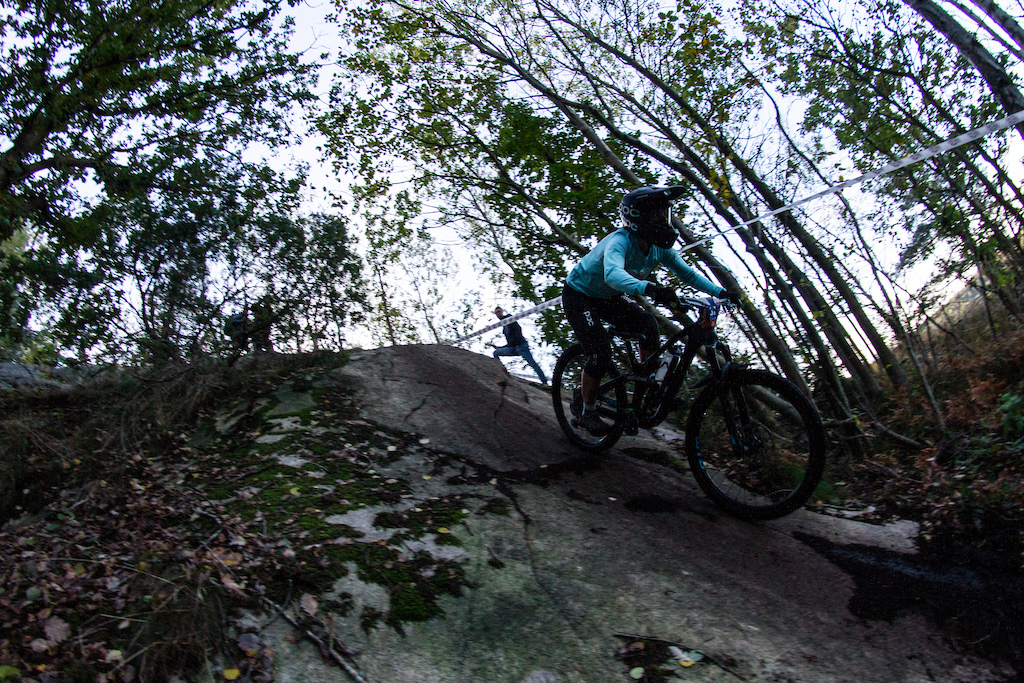 The part named "Dirty Bagge" was divided in two steep parts, one covered in roots and one steep stone roll. Ebba Johansson does not seem to be bothered the technicalities on any of them and battled her way in to the podium this weekend, a 2nd place in Women's elit for Ebba who looked stronger than ever. 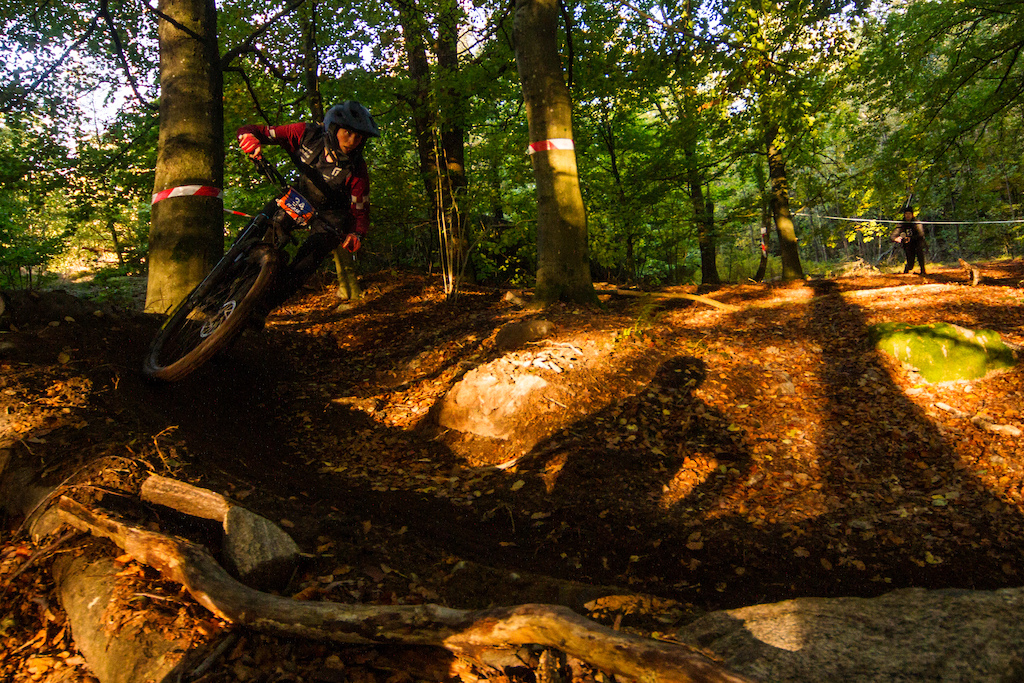 This race seemed to have shake things up in the results since both men's and women's elite had newcomers on top of the podium. Ingun Ståhl showed us who is the queen of Lackarebäck with her first ever win in the women's elit category. For some this may come as a surprise but Ingun has been putting a lot of work in to her riding and she definitely had the biggest smile while coming down from each track during training. Practise makes perfect and Ingun showed us just that. 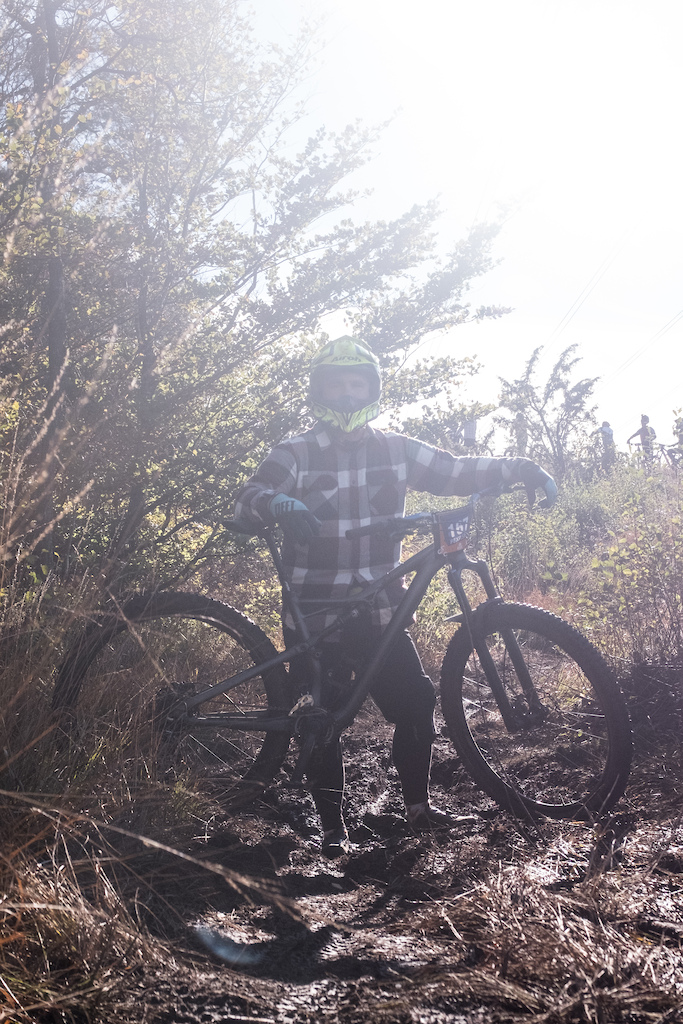 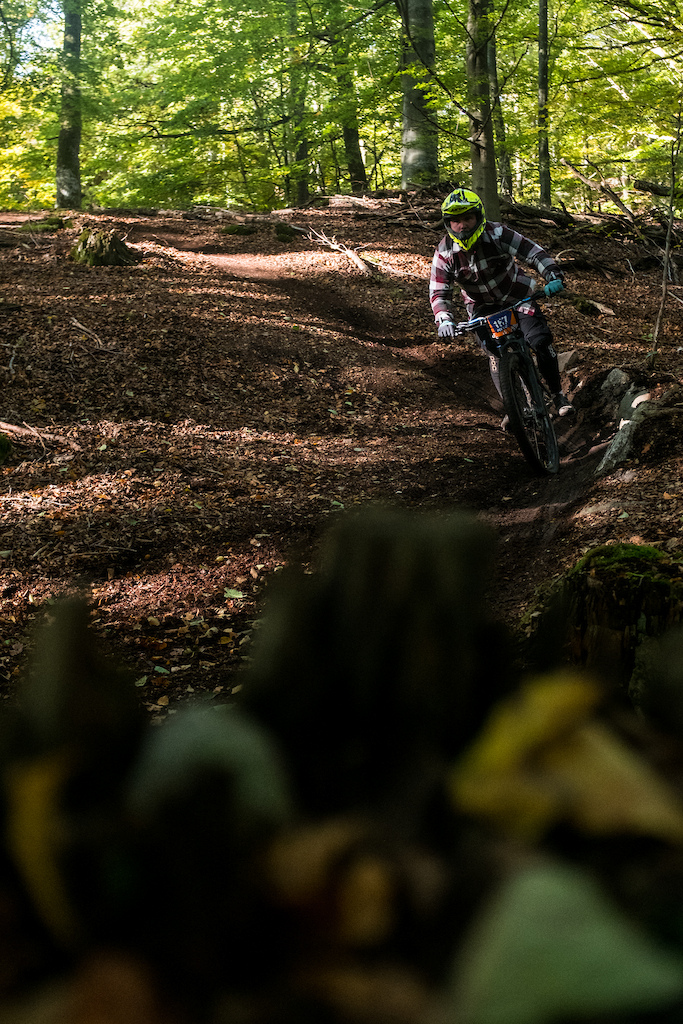 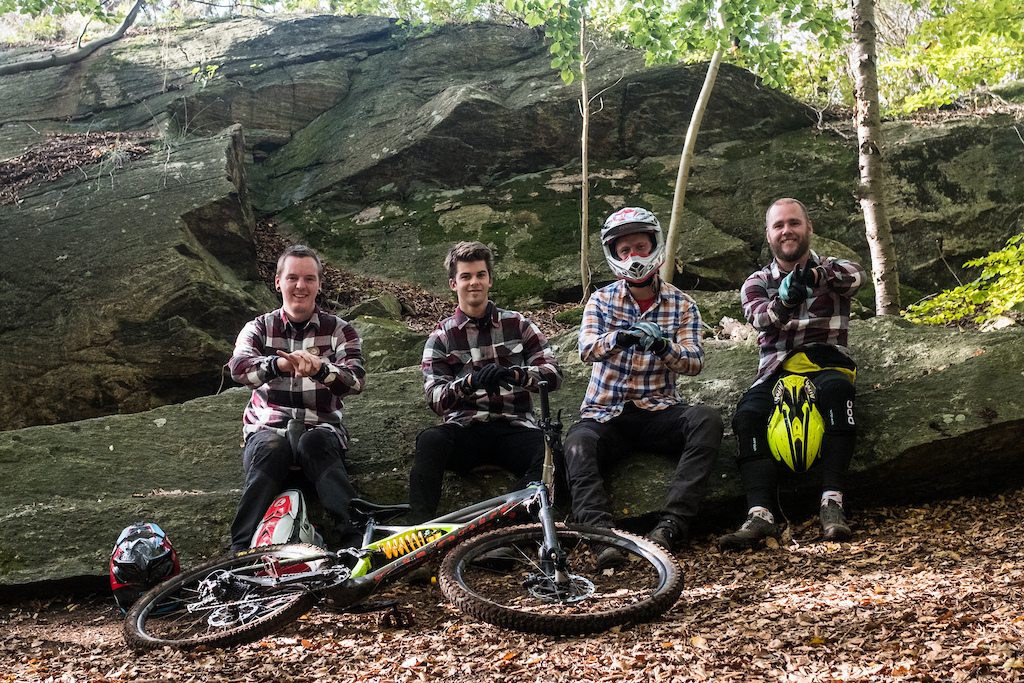 For stage 2 we met up with Robert Nero, also a rider doing his first ever enduro race this year. Robert rides together with 3 of his friends and they all have a background from motocross racing and wanted to try something different. They're all from Nynäshamn so on yesterdays training they had they´re first glimpse of the Gothenburg riding scene. The "gang sign" seemed to be the sign language for snail. 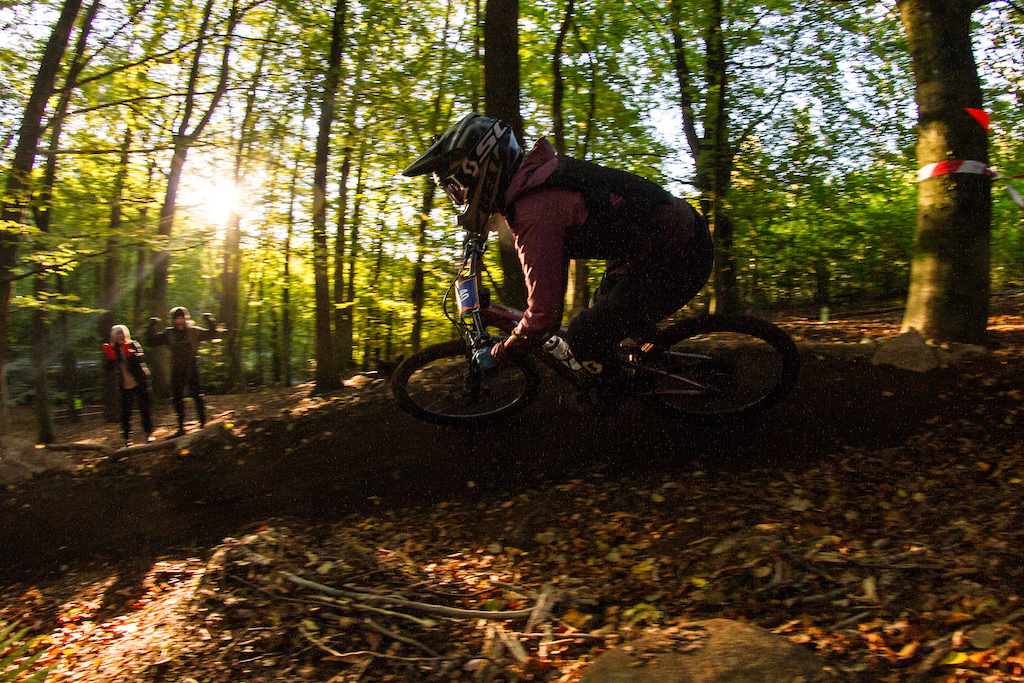 Finally we have a full podium in the U21 women's class. After last couple of years with mostly Elina Davidsson racing alone, the young guns from the last years 15-16 girls has stepped up to U21 and is giving her a tough match. A crash on stage five was the only thing that really bothered Elina but still rode in to a solid 1st spot. 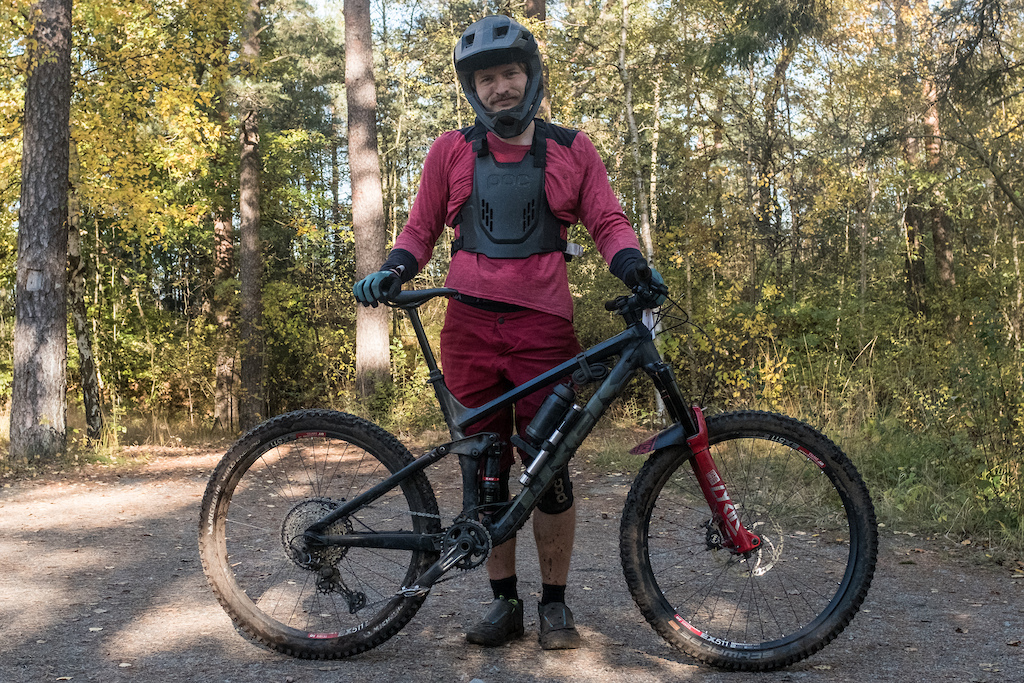 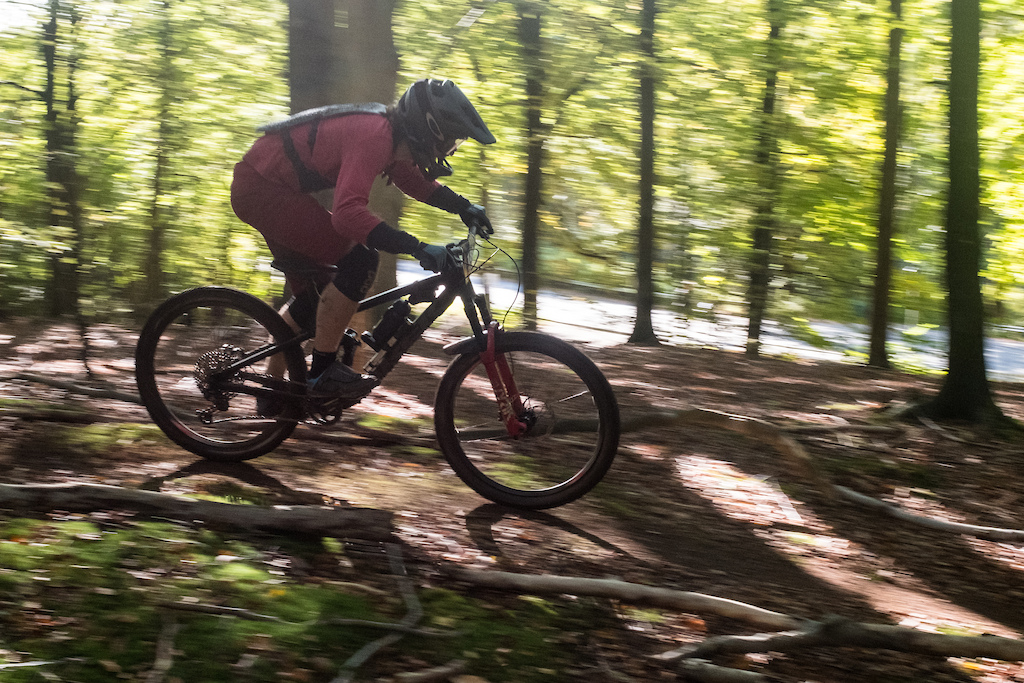 A mid position sport class contender is what he described himself as when I asked what type of rider he consider himself to be. His name is Nils Edfast and he been to most races the last couple of years. Nils got introduced to the sport by his climbing buddies and after a hand injury he got a lot of time on the bike and was stuck. 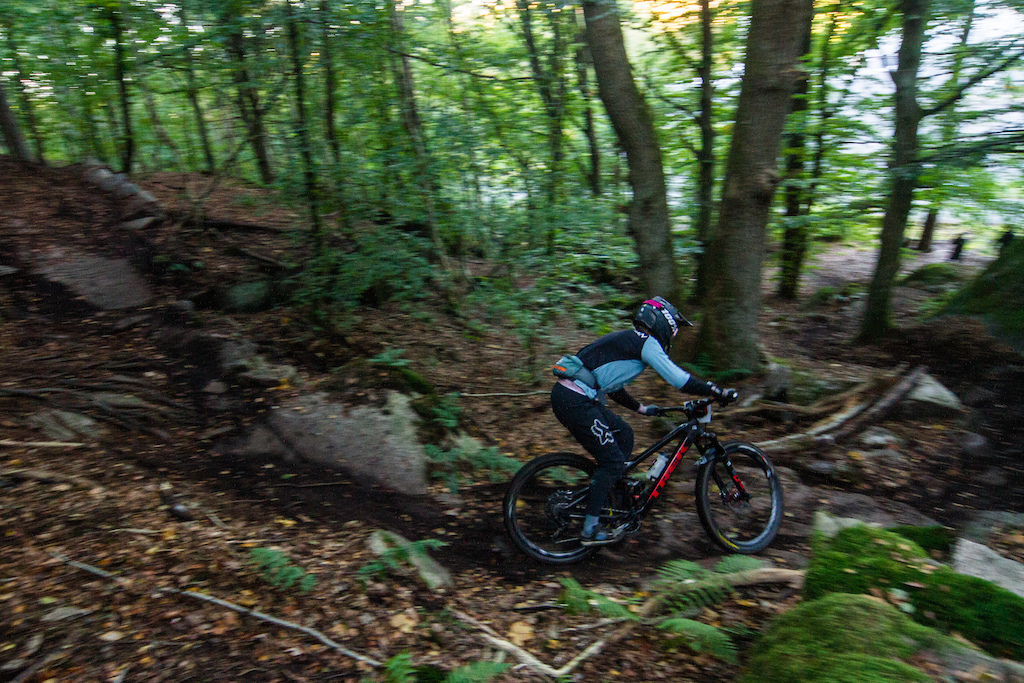 Josefine Björkman was last years winner in Gothenburg and took that win with a big margin. This year she had to settle with 3rd, the lonely time on the top may be history now since the level of riding has been rising in the women's field this last year, it gives us very exciting races and most times this category is the most exciting. 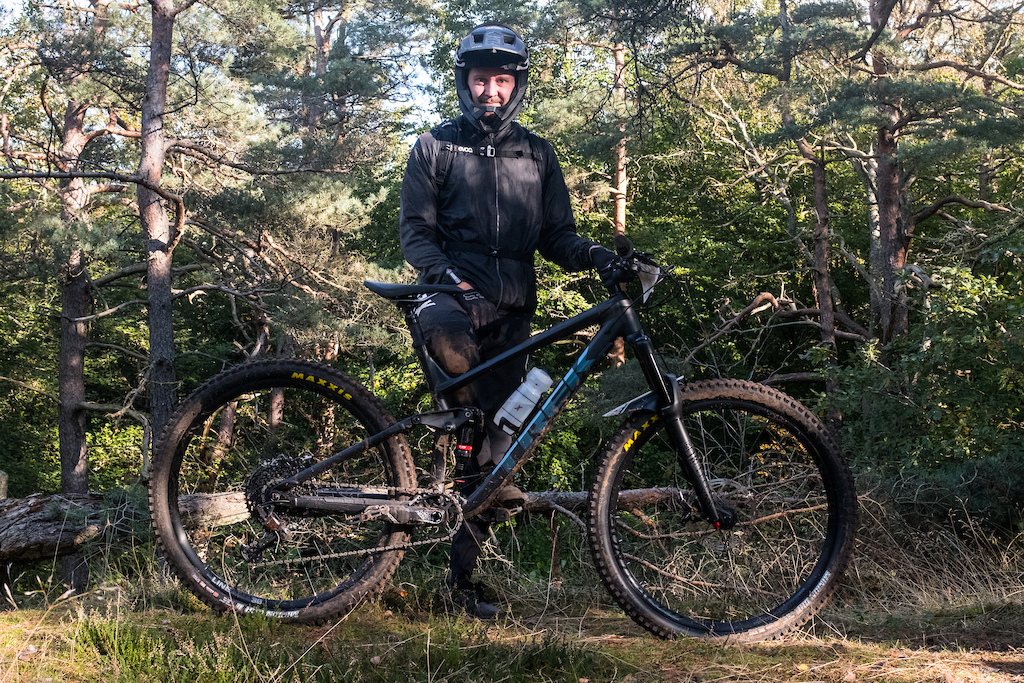 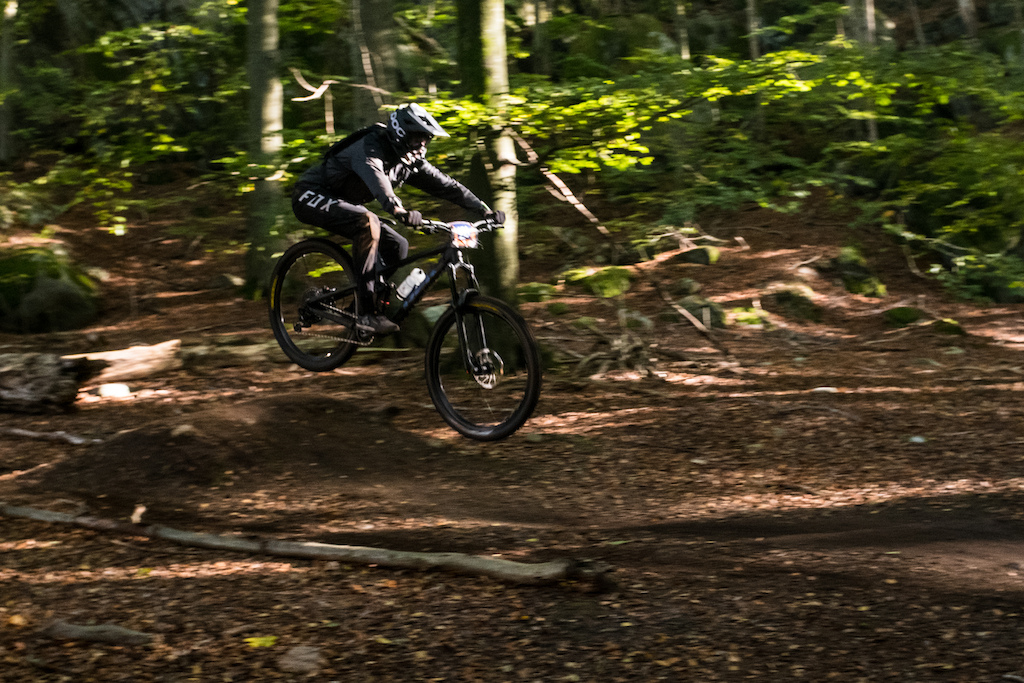 Rikard Stenlund is also doing his first race in the series and joins the sport class. He mostly rides around Gothenburg's different forrest and tries to get some bikepark riding on the weekends. Now he and his friends had decided to give the racing scene a chance to see what the fuzz was about. 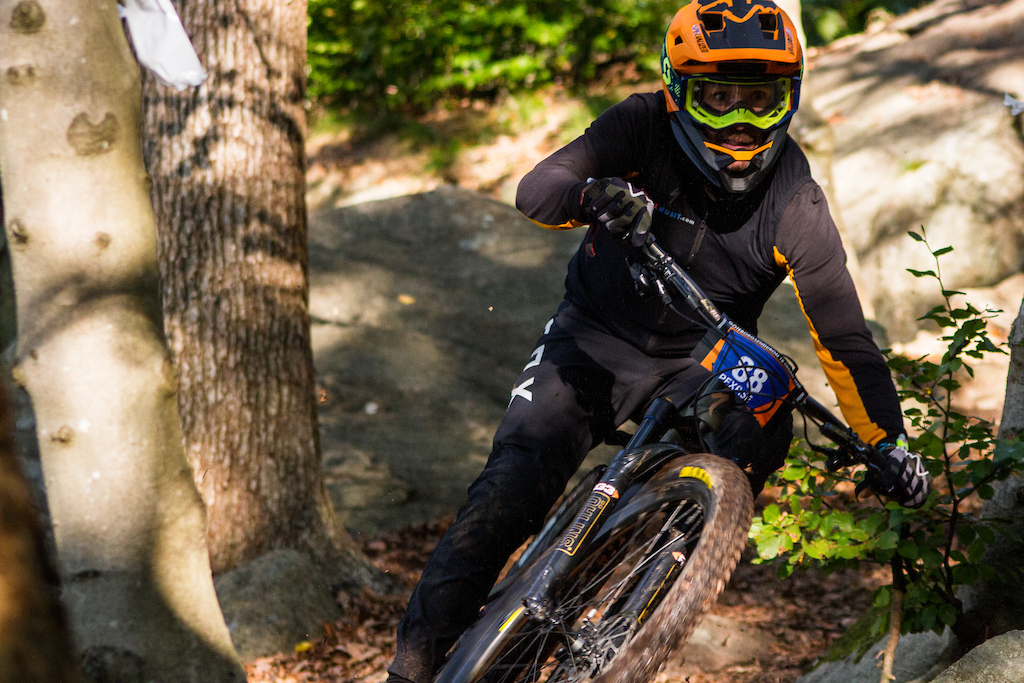 Another race another win, even though Tommy Varg lost the overall last year he still finished up the last three races with top positions. After a third at the Nationals he ended the short season with a high note taking the win by quite a margin. The time of 6.31 would have given him a top six in the Elite mens. 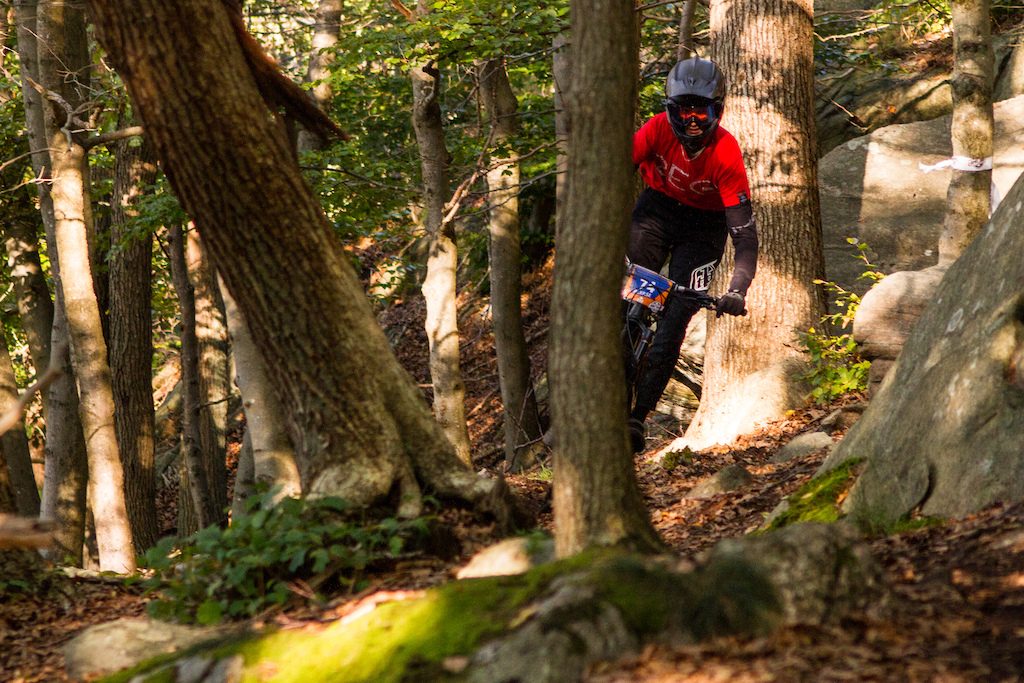 Andreas Höglund was the fastest U21 rider of the day, he also had a time that would set him in 6th place if he'd raced against the Elite riders. Andreas did his first U21 EWS race this year and managed to get a 19th place in Italy. 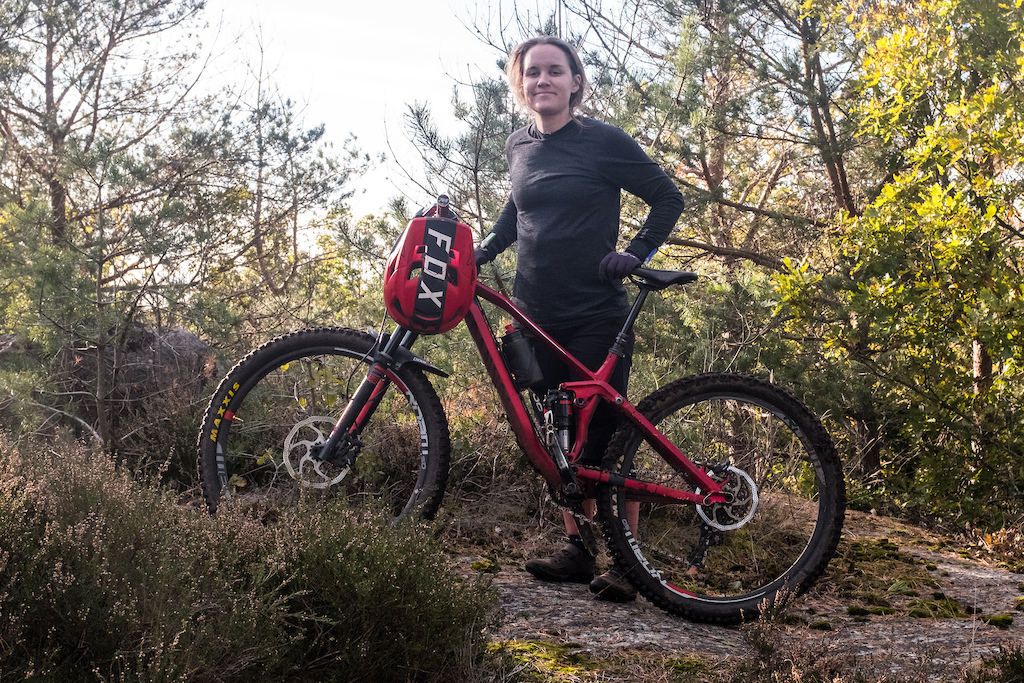 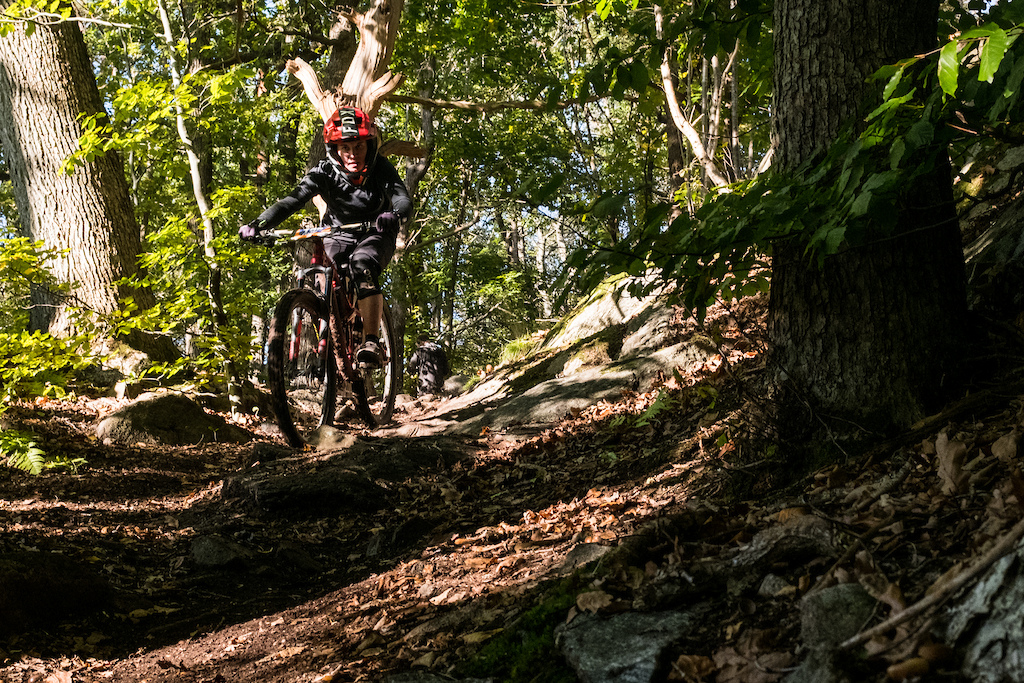 To race in the elites- or sports class was something Lisa Medbo thought about going in to this race, she decided to take it a bit more relaxed and ride the sports class. Her time would have given her a third place in the elite women's but then she wouldn't have the chill morning that we hope she got instead. Lisa has ridden a few races these last years and lived in Östersund before moving to Gothenburg a year ago. 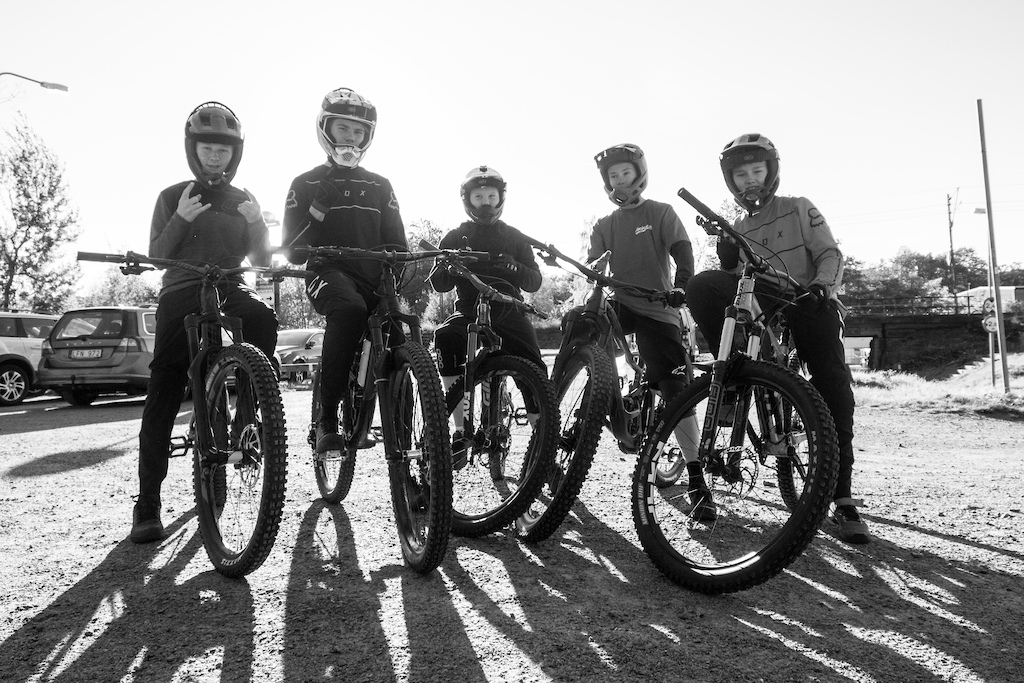 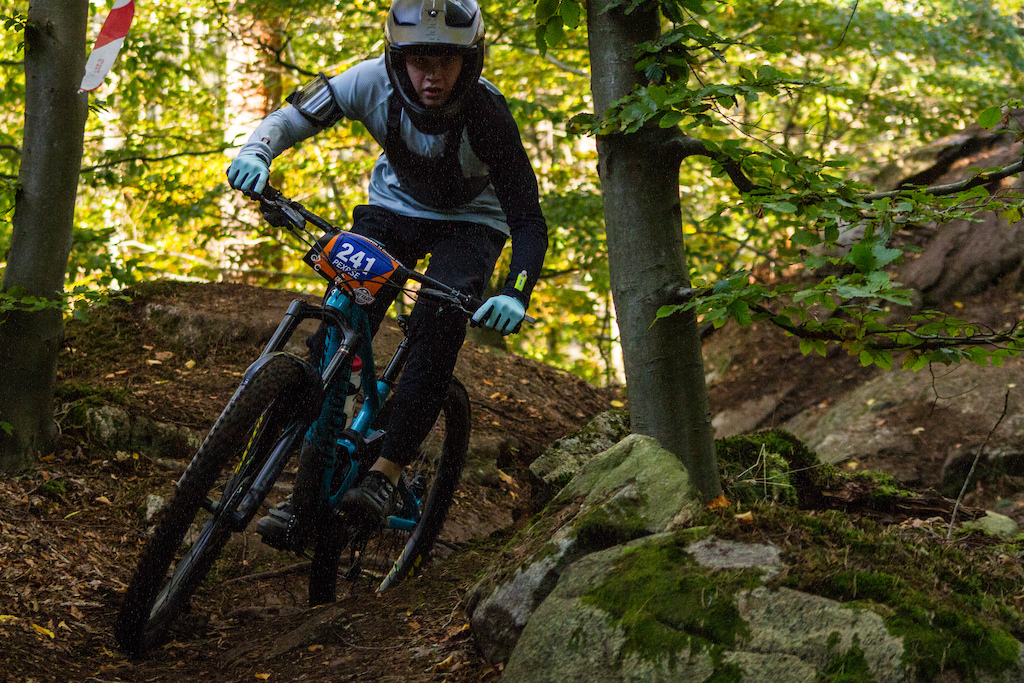 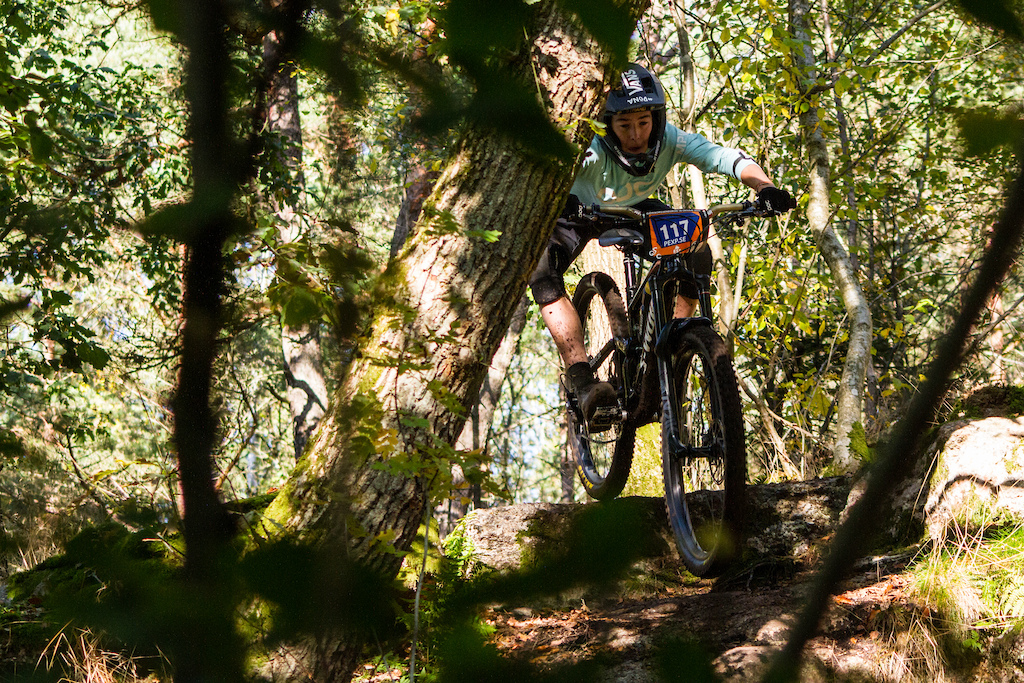 The future seems bright for Swedish riding, we had a total of 29 kids starting in the 13-14 class and 28 riders in the 15-16 class. They're not just many, the level of riding is sky high. Winner of the 13-14 is Didrik Westöö (left picture) and the winner of 15-16 is Alvin Strand (right picture). Its not going to be a surprise if we have a new Robin Wallner in a few years from now, fighting for a top spot in the world series. 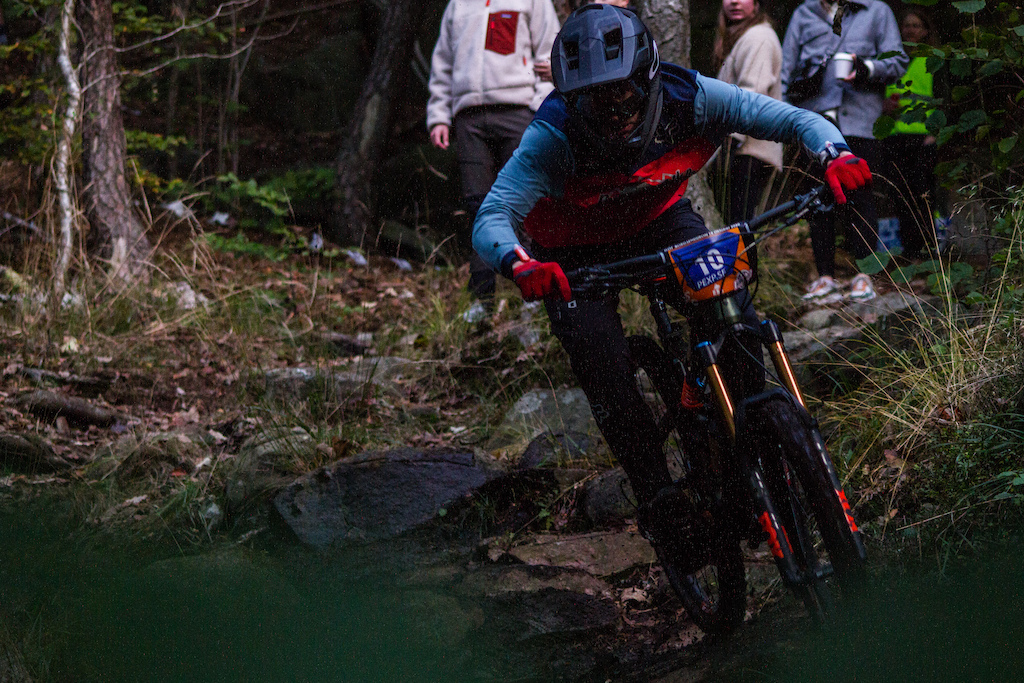 The fastest rider of the weekend was Vincent Danielsson, he rode in to a bunch of top 10 last year and ended up 7th on the Nationals race a couple of weeks ago. A new recipe in the off season training must have paid off since his pace was on another level from what we've seen before. With close racing result Vincent took the win by 3 seconds.