Join Pinkbike  Login
Another double for the DMT Racing Team duo in stage 2, 65 km from Porretta Terme to Fanano. The Portuguese won the stage; the Dutchman held the race lead: “The Apennine is stunning!” Esther Süss keeps dominating among women

Only two days have passed from the start of Appenninica MTB Parmigiano Reggiano Stage Race‘s second edition, and “stunning” is the word you keep hearing in the village of the MTB stage race on the Italian Apennines. They clearly were not talking about the race outcome, at least so far: favorites Tiago Ferreira and Hans Becking, among men, and Esther Süss, among women, are obviously living up to the expectations.

On Monday, September 28th, the second stage took the field from Porretta Terme (Bologna) to Fanano (Modena) over 65 km and over 3.000 meters of elevation gain. It was different than the opening effort, and arguably more challenging: there’s little wondering why the stage was named “the technical.” Nevertheless, the outcome eloquently remarked what the first stage had already suggested.

Once again, Tiago Ferreira and Hans Becking of DMT Racing Team have celebrated together on the finish line, strengthening their role as favorites for Appenninica’s second edition. This time it was the Portuguese, reigning European and former World MTB Marathon Champion, to precede his teammate, who smiles in the blue of his Natali-branded leader’s jersey that he claimed yesterday and defended today.


After warming up the engine in the opening effort, Honduran Milton Ramos (Rockrider-Decathlon) displayed the quality that made him a serial winner of the Iron Bike: he was third on the day, a mere 32 seconds behind the DMT duo. Anyway, his first comment after the finish wasn’t about the overall standings: 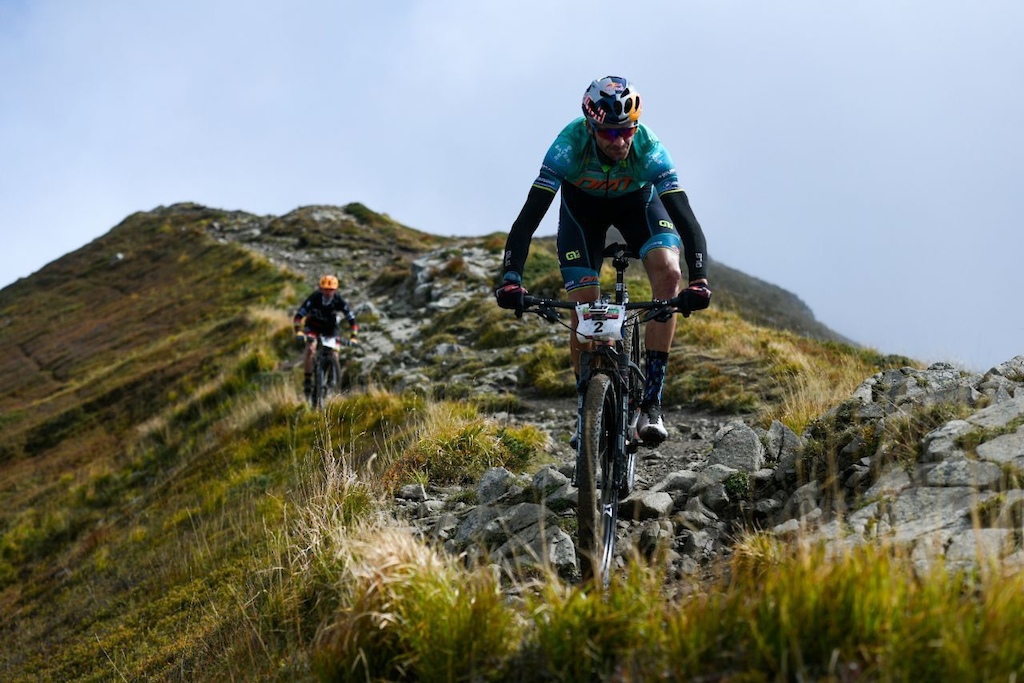 The women’s race also confirmed what Esther Süss had started showing on Sunday. The Swiss rider claimed another neat success, with the challenging Apennines’ trails enhancing the huge value of the former XCM World Champion and three-time Cape Epic winner.

Gaia Ravaioli (KTM-Alchemist) came in second at 18’48”, keeping her runner-up spot in the GC behind Süss and ahead of Sarah Reiners.

On the third day of Appenninica MTB Parmigiano Reggiano Stage Race Italy has celebrated its first success. On Tuesday, September 29th, in the third stage, starting and finishing in Fanano (Modena), over 50 km and 2500 meters of elevation gain, charted with the unmistakable trait of famous trail builder Pippo Marani.

Lorenzo Samparisi (KTM Alchemist Dama) saw his determination rewarded with a victory on the Modena Apennines, conducting an aggressive race since the first ascent towards Passo Colombino. In his wake on the way up, the iron duo of DTM Racing Team formed by Hans Becking and Tiago Ferreira, whose strength and consistency was on display once again.

Samparisi, Becking and Ferreira proceeded together on the ridges between Croce Arcana, Lago Scaffaiolo and Passo del Lupo, whose beauty has been enhanced by a sky never so clear in this edition of Appenninica.

The fun and electrifying final descent made the difference on the natural singletrack to Fanano, in which the hand of Pippo Marani – the creator of Val di Sole’s “Black Snake” – could certainly be seen. Samparisi attacked again with courage, followed by Becking, while Ferreira chose not to take risks ahead of the Queen Stage on Wednesday. Samparisi had time to raise his arms in the final sprint, while Becking consolidated his blue leader’s jersey.


Even with the competition in full, however, the three protagonists of the day agreed on one thing:

Third place for Milton Ramos, looking more consistent and smiling day after day, at 6’09”, while Ferreira reached the finish line at 6’44”. 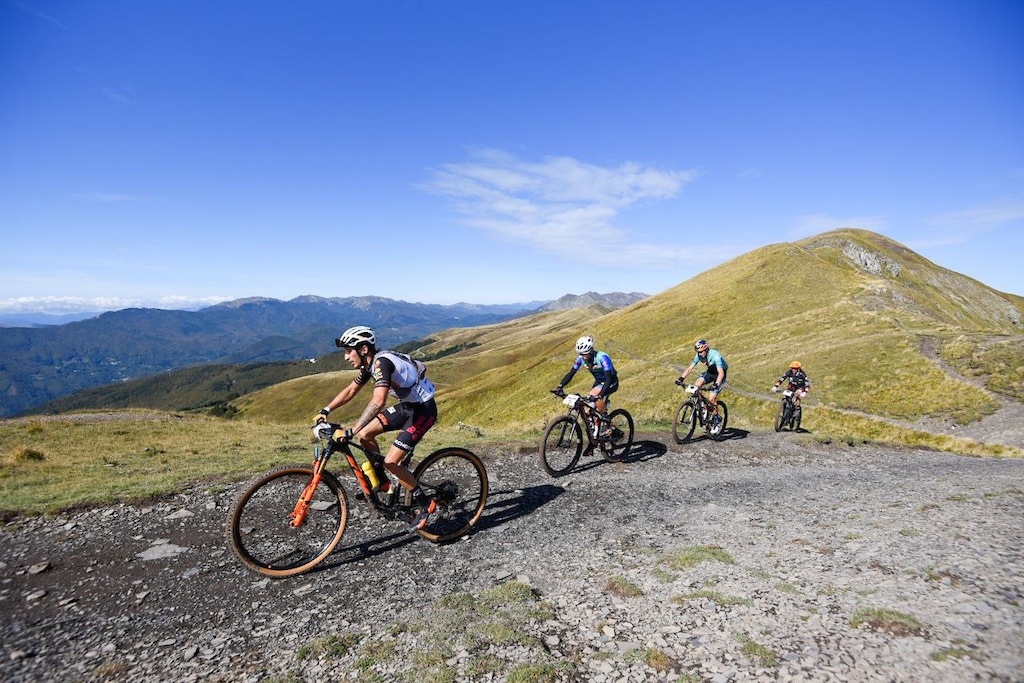 Esther Süss (RC Gränichen) continues to command the women’s race. The former World Champion took the third success in a row: an unbreakable supremacy. The second position was once again of Gaia Ravaioli (KTM Alchemist Dama), 23’22” behind.