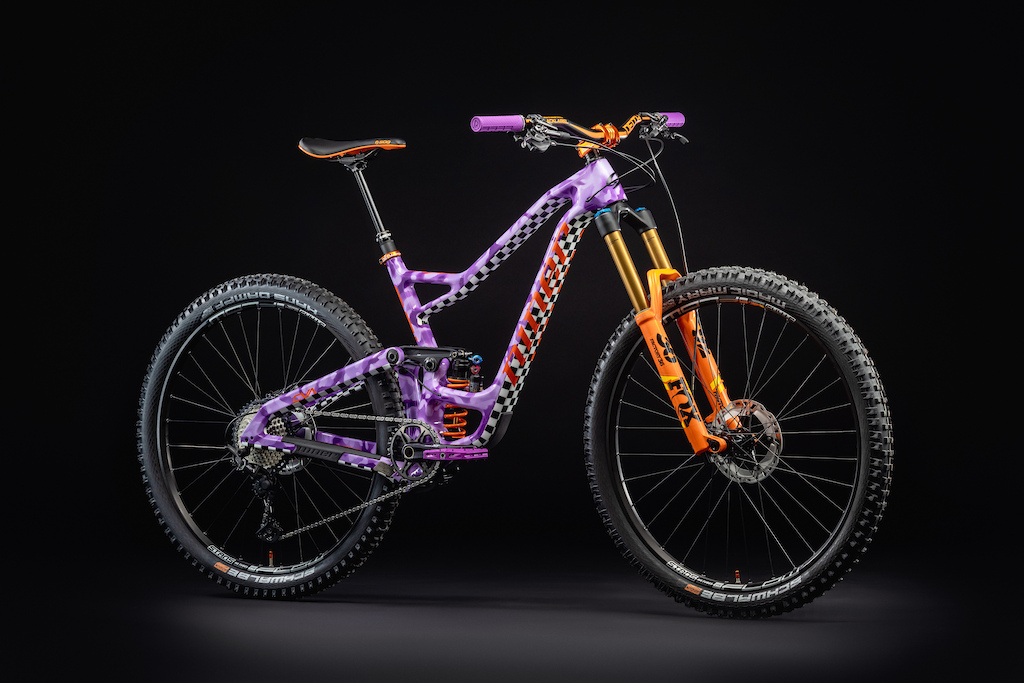 In the pantheon of legendary mountain bike riders, Kirt Voreis stands uniquely apart. Entering the sport with a SoCal BMX and skate background, then earning fame and notoriety racing downhill and slalom, he's managed to maintain multigenerational longevity by blending and bending these genres into a mad libs mashup of content, character, and creative jibbing. 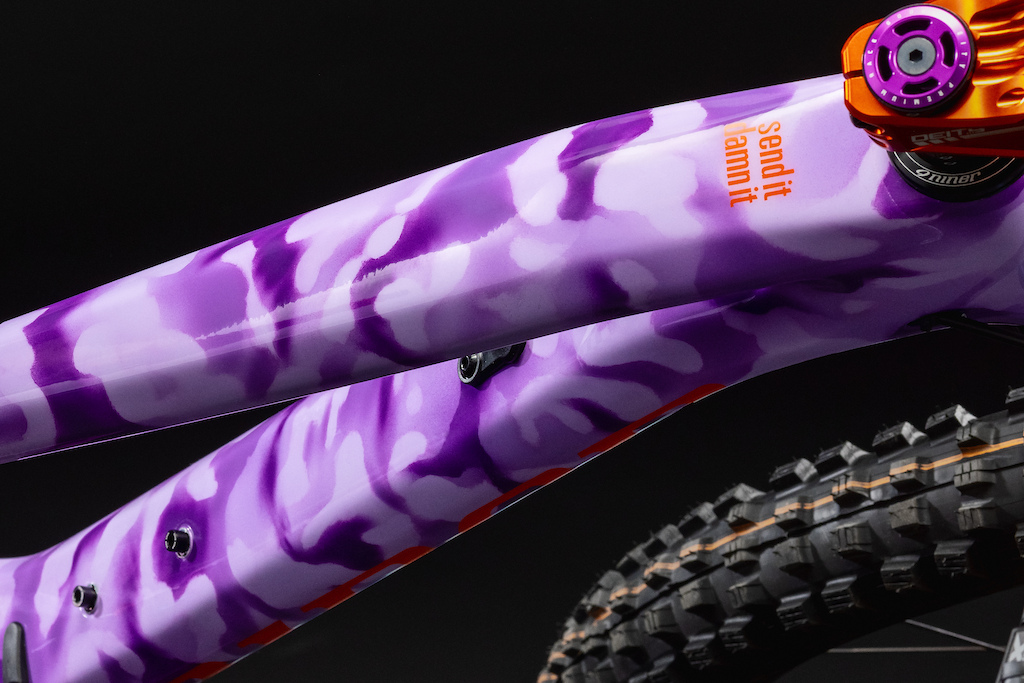 Kirt has been riding Niner Bikes since 2017. He exemplifies the spirit of this quirky brand, which itself also happens to be the progeny of the early days of the trendsetting SoCal mountain bike scene. The company and its people do their best to not take things too seriously, have fun, and be welcoming to riders of all styles, backgrounds, and ability levels into the sport. 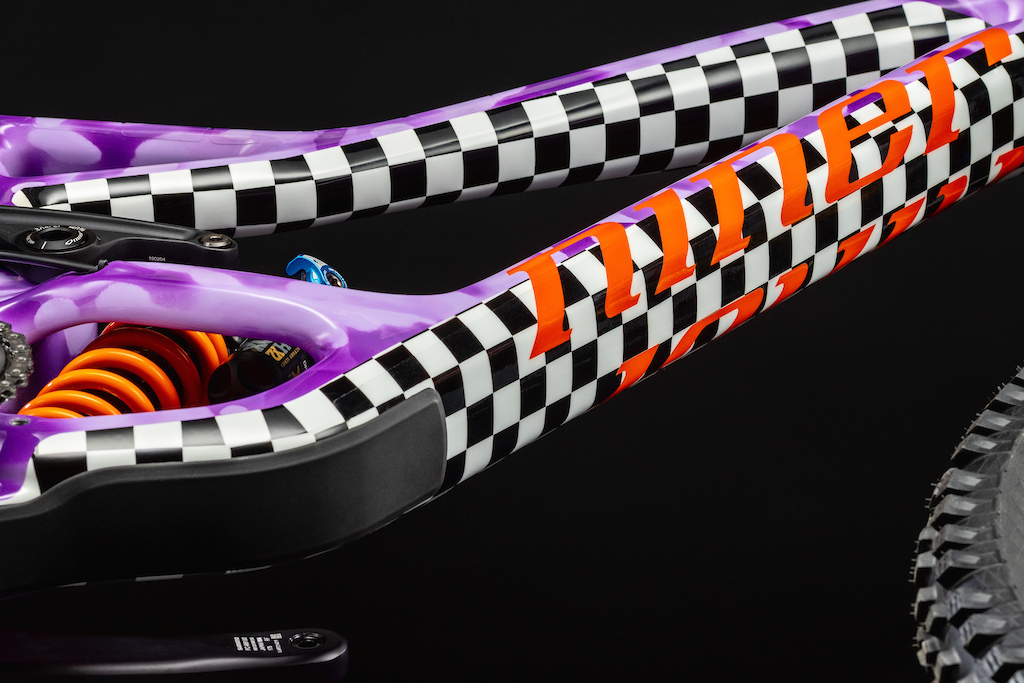 So when a raw, ready to paint RIP 9 RDO frameset manifested itself into the midst of the posh and populous Niner Bikes art department (population: one), its fate was sealed. First dibs with a box of crayons and a watercolor set would be Kirt Voreis himself. Inspired by the loud colors and multi-lane cultural intersections of the 1980's Inland Empire, Kirt gave graphic designer Nate Adams a color palette and some general direction, then stood back. The resultant RIP 9 RDO is straight from the mind of Instagram's favorite mad genius jibber and rendered in paint by renowned Tony Bauman of Made Rad by Tony.

The bike features a splashy blend of purple camo, plus black and white checkerboard, with highlights of bright orange Niner logos and suspension components. To say it's eye catching is clearly an understatement. It turns out, these diverse graphic elements represent a formative era for Kirt. 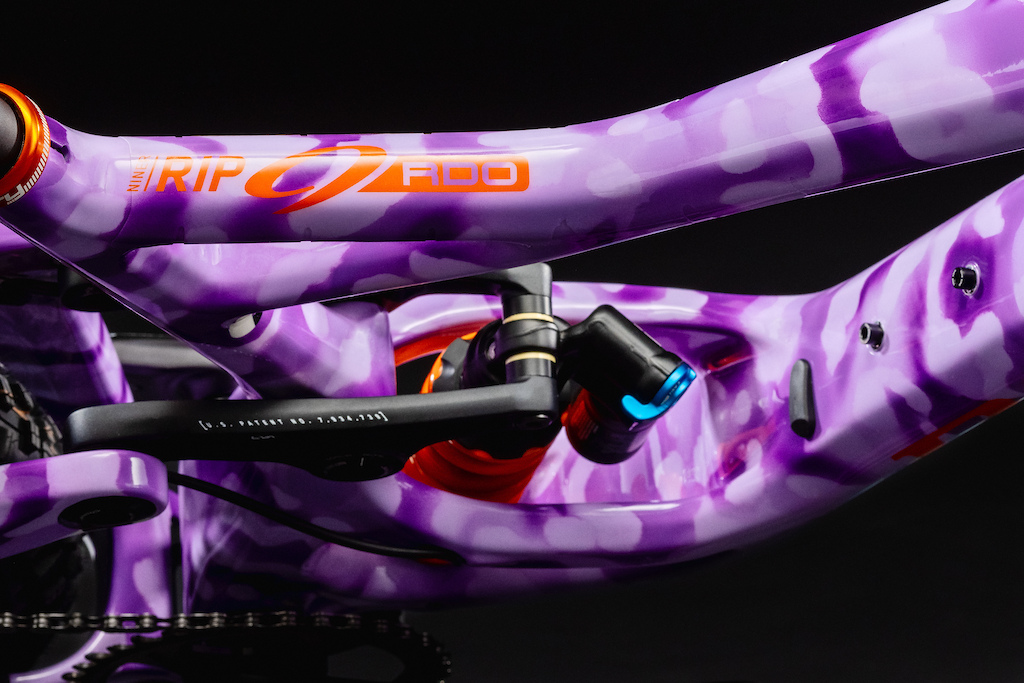 When your retinas have recovered enough to read words again, here's what the man himself has to say about the project:

"Niner Bikes asked me what my paint vibe was feeling like at the moment for a new RIP and I replied Purple. Camo. Checkers. Orange. Please!! This color scheme comes from growing up in Fontana, California. Swap meets were huge back in the 70's and 80's all over So Cal. There were hot rod and low rider parts galore! Most parts had orange flames painted on them that would grab my attention in a big way, so orange became a favorite color in my life." 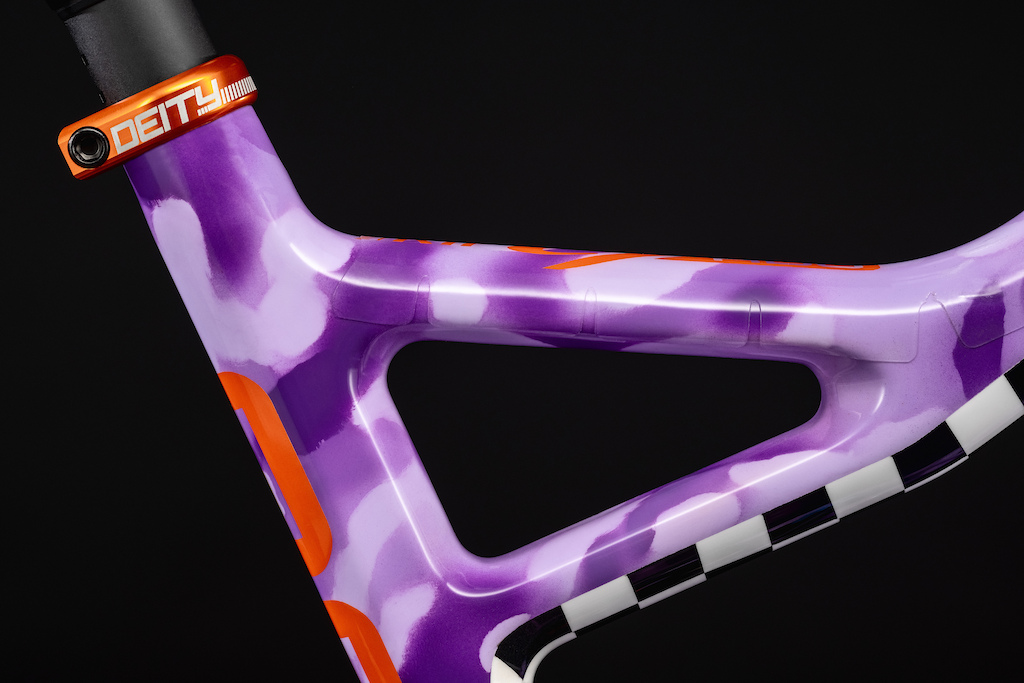 "Also, I would also find the craziest clothing, mostly fake designer stuff, heat pressed logo tee's and tons of military gear. This one military swapper had every color of camo pants. Blue, red, yellow, orange and grey, whatever colors you could think of. I remember seeing the purple ones and thinking how sick it was that hard core military gear could look goofy cool. I picked up the purple camo pants and they had me feeling like Bill Murray in the movie Stripes: goofy but cool, and fighting the rules." 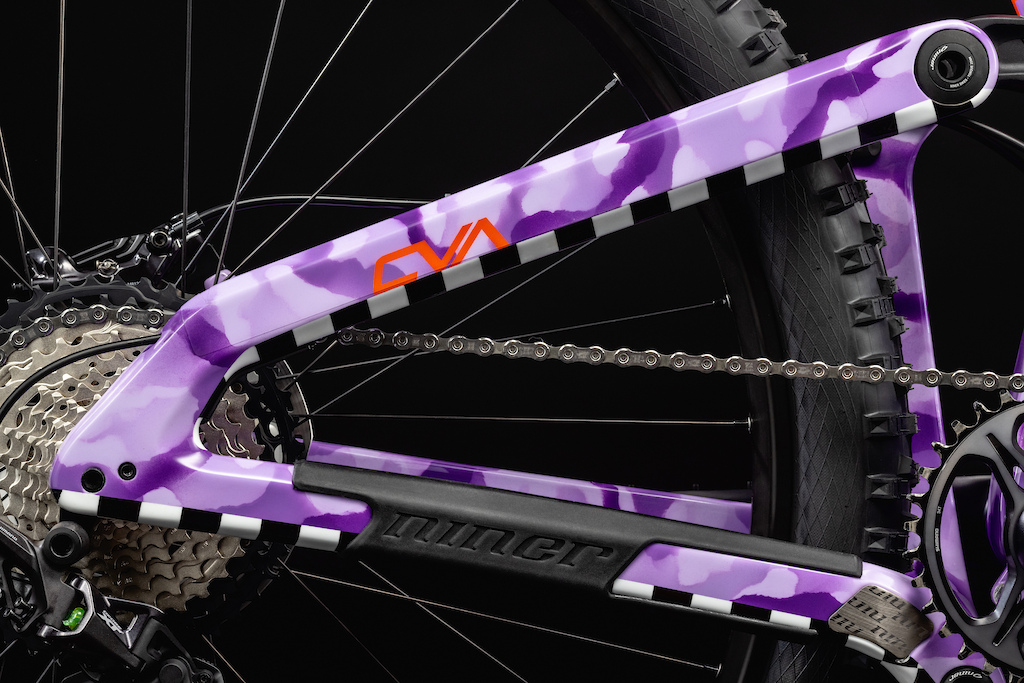 I got home, cut the legs off, made shorts, put on my checkered vans and went out and raged the streets on my BMX and Skateboard. I shredded elbows and knee caps daily but those shorts took a beating! I had a couple pair over the years and still remember how invincibly ridiculous I felt when I wore those shorts!" 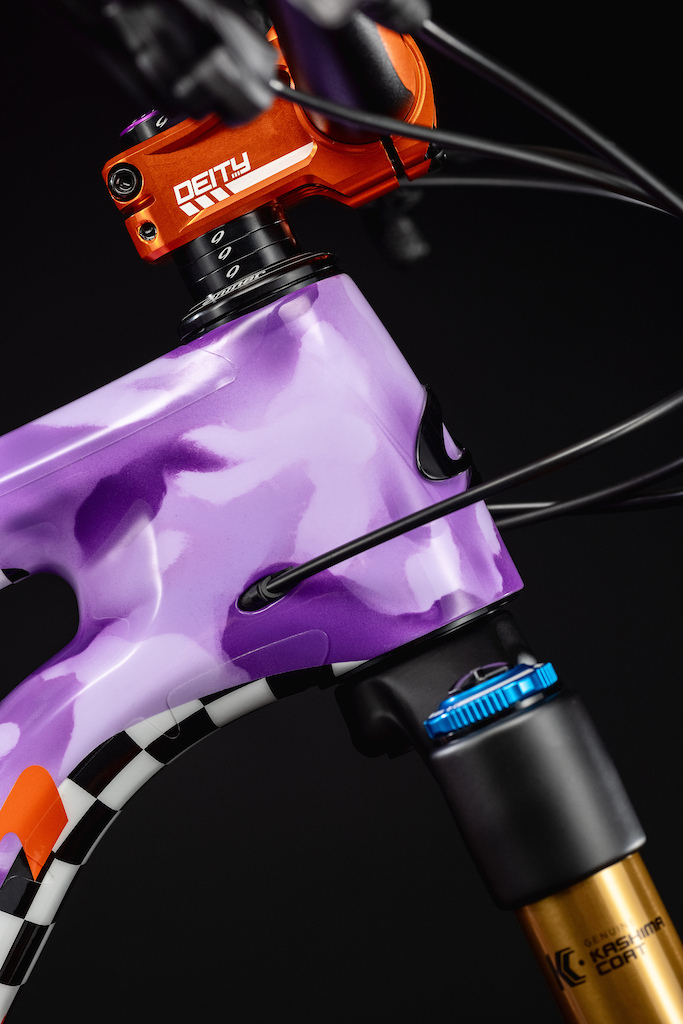 Kirt concludes, "Thanks to Niner Bikes and Tony Bauman @maderadbytony for the awesome paint job!! Check out my insta @kirtvoreis_allride for more bike fun!"