Apr 7, 2009 at 9:32
by Norco Dirt Series Mountain Bike Camps
Share
Tweet
Take your riding to the next level in fun not fear. Get an entire season of learning under your pedals in two days with the Dirt Series.

New cross-country mountain bikers tired of just-go-for-it advice and downhillers itching to give their skills a jump are invited to sign up for North America’s premier traveling mountain bike program, the Dirt Series by Rocky Mountain Bicycles.The Dirt Series is geared to riders of all motivations and levels with women’s-only and co-ed camps in California, Oregon, Idaho, Utah, Alberta, and British Columbia.

“Every year we work to refine and progress what the Dirt Series offers,” says camp founder Candace Shadley. “For 2009, we've added advanced level programming, so that even more experienced riders can learn to be smoother, faster and more confident all around. I guess new programming like this is what you need when you've been helping beginner and intermediate riders improve in leaps and bounds every year.”

The Dirt Series by Rocky Mountain Bicycles is famous for its high return rate of repeat offenders. Getting your tire over a log on an up-hill climb or nailing that drop that stared you down last summer is too big a pay off not to come back for more. 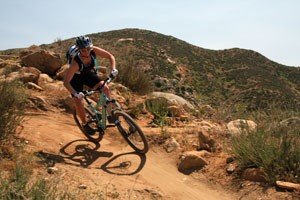 This year the Whistler-based program broke a registration record: the May camp in Santa Cruz filled up within 48 hours. With more than 5,000 riders pedaling through the program over the past nine years, word is getting around just as fast as the sign ups, and sometimes the wait lists as well.

Since the Santa Cruz weekend camp sold out in two days flat and the list that followed was so long, we decided to add another camp in town - a one-day camp on Tuesday, April 28.

That camp will include three skill sessions in the morning, lunch, an instructional ride in the afternoon, and an evening of bike maintenance, bike fit, food, drinks, prizes, and generally fun times at the Bicycle Trip too. Participants will be able to choose exactly what they'd like to learn, the kind of ride they'd like to do, and essentially all the different elements that work together to make the camps the awesome learning experiences they are. For more information, click here.

More changes for the California portion of our program. Last year we ran the Laguna Hills camp as co-ed, but this year scheduled it as women's only, only because we'd never done a women's only program in Southern California before. Well, we had no idea how many guys had heard about last year's version, and who had planned trips (and relationships) around attending this year.

So, after getting the okay from all the women who had signed up initially, we made an unprecedented change, and switched the Laguna Hills camp to co-ed. So, if you're a guy interested in coming to warm sunny camp in May, or if you know a guy who'd get a ton out of participating, send them to this link here.


The secret to camp sell outs is found in the same balance it takes for a rider to successfully navigate a plank bridge – technique and attitude. The weekend camp includes small-group skill sessions, instructional rides and social time led by motivational coaches who seek to both inform and empower. As national and world champions, as well as health and wellness professionals, coaches bring plenty of tire time and dedication to the camps. 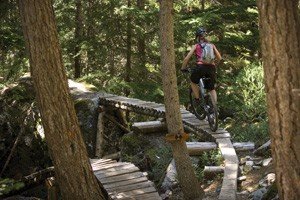 The Dirt Series delivers world-class instruction with the goal of developing skills in a supportive step-by-step process that gets past the fears and into the fun of what mountain biking is all about. Whether that means clocking in air miles or meeting new riding buddies, the Dirt Series by Rocky Mountain Bicycles will make your 2009 mountain biking season one that counts.

May 23-24
North Vancouver, BC
Different Bikes 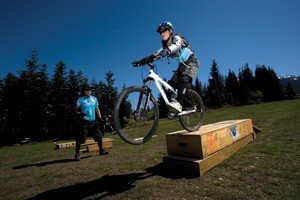 The Dirt Series by Rocky Mountain Bicycles is run in partnership with Fox Racing Shox, Sugoi, Dakine, and Race Face.

dirtseries (Apr 10, 2009 at 15:10)
We would love to be able to travel to so many more locations. We certainly will consider moving towards the east in the future seasons. At this point the crew drives the truck with all the stunts, demo bikes, and equipment to each camp location so that every location so there are only so many kilometers that we can travel. Not too mention there are only so many weekends in the season and even out west there are so many requests for camps. Please see all our camp locations at www.dirtseries.com and write me if you have any questions at info@dirtseries.com. Thanks for the support.

ilikebikes1 (Apr 9, 2009 at 10:03)
yeah Rocky! i think they should do something like this in ontario or somewhere in the east everything is so focused out west.

choreducker (Apr 9, 2009 at 10:45)
Send an email to Candace and let her know there is interest. Rocky Mountain is the title sponsor but Candace calls the shots. It's her baby.