Join Pinkbike  Login
I’ve been the proud owner of one the greatest downhill bikes of all time for four seasons now. Better yet, it’s Canadian. Everywhere I go people ask me about what the bike is all about. It has a unique look; tight and compact. It looks like there is a lot going on but the fact is the design is a simple single pivot. Being a small company from the east that is now out of business I’m not surprised at the fact that many people have not heard about Balfa. As an owner of a growing trail design and development company based out of Alberta I’ve had the opportunity to take my ride on many different contracts. I’ve tried to do my part in educating people on this French Canadian diamond in the rough over the last four years and will continue to do so as long as she’s running. 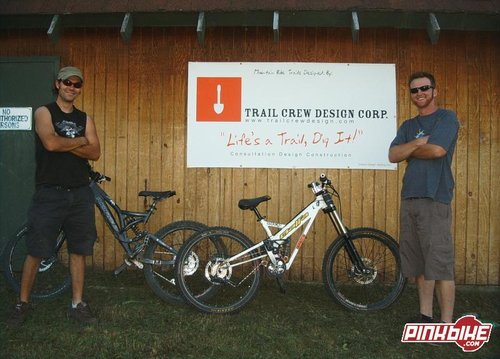 This spring when it was time to get the trusty old BB7 ready for her fourth season, I was getting her all dialed in when I found two small cracks on the rear end. My ride has been through her fair share. Having been abused for 3 seasons working as a trail crew member at various hills throughout Alberta and B.C, life has not been soft on her. She’s regularly been worked on fresh jumps that need to be tested by someone. She’s been through some rough times, especially last season riding every day at Panorama. The trails aren’t smooth and I rode every single day so she took quite the beating. There was a point last summer where I was forced to take the drill to her in the Fernie parking lot just to get my riding fix. It was a scary moment under the knife but she pulled through as always. 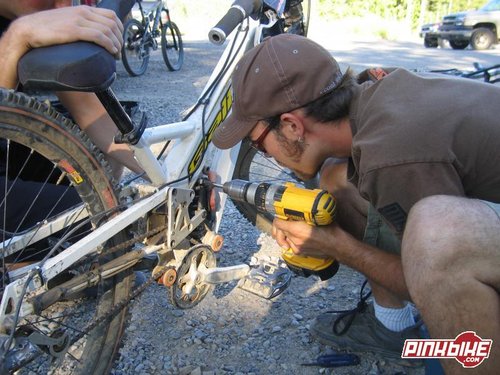 When I found two cracks on her I remembered why it was the bike I chose so many years ago. A steel rear end would be sure to come in handy years down the road I thought. I was right. Every bike is bound to break. I am poor. Building trails for a living the last few seasons hasn’t been that kind on my bank account. I sure can’t afford a new setup every season, nor do I have sponsors recklessly throwing new gear my way at a moments notice. So I took her to the welding shop and had some fancy gussets put on her. Stronger then ever! Next up my link plates needed some love as I’d somehow bent them over the last three summers. Balfa has been out of business since I bought the bike so I thought it might be tough to get the parts I needed. I got in touch with the guys who have started Balfa Uk and the search for the Pink Panther began. They pointed me in the direction of a guy named Jerome and said he might be able to help me out. Turns out Jerome was one of the key guys involved with designing the Balfa lineup over the last decade or so. He was stoked to help me keep the BB7 alive. He sent over some brand new link plates and a new set of rollers. My bike has never felt newer. 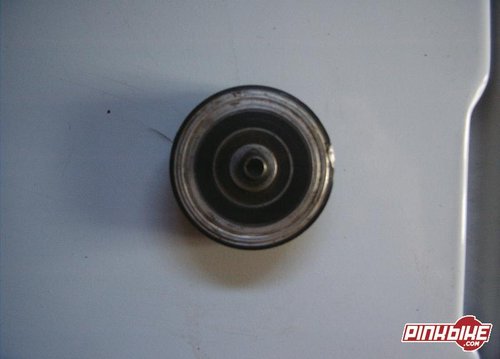 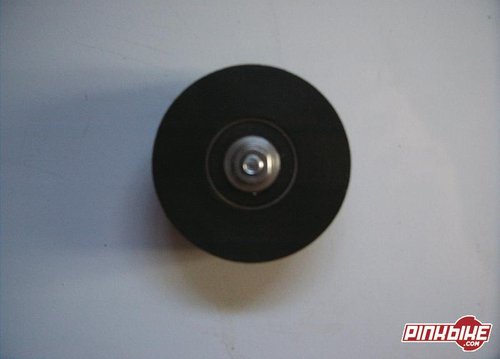 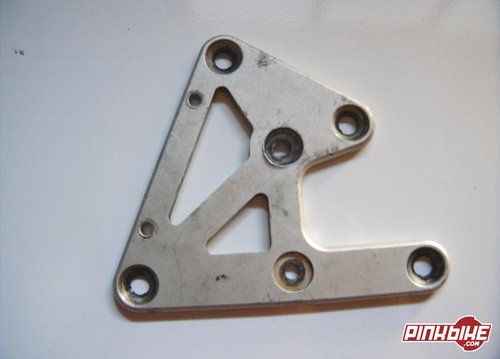 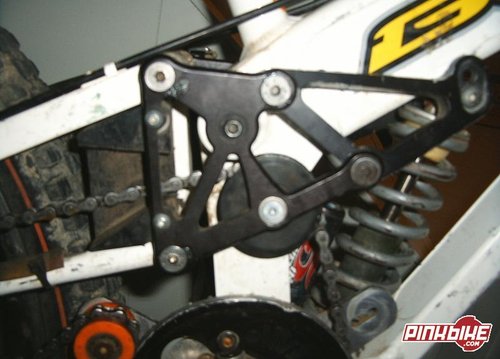 Spending four seasons on a bike you really get to know it. I can feel every cubic inch of the bike and can tell when something’s not right just by the feel of how she’s rolling underneath me. The BB7 was designed to perform. High speed rough stuff is what she’s made for. Throw her in a corner and the wheel base expands to give a very stable feeling when you lean it over. Many people see the BB7 solely as a downhill race machine. I think I’ve had the chance to prove it’s a lot more bike then just a race bike. In all my seasons on her I’ve never once raced her. An adjustable BB height and head angle allows you to set it up however you like. I’ve chosen the steeper setting as I like getting a lot of weight over the front end. This way I can let the back end do its thang while I operate the steering controls up front. I’ve been able to throw the bike into every situation a rider can encounter and she’s great in all of them. Steeps are conquered with confidence, dirt jumps, contrary to many’s belief, are a dream. This bike can sure boost some pop. 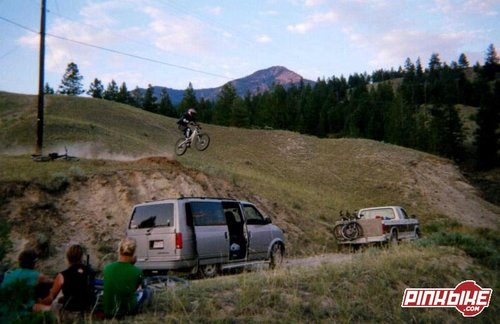 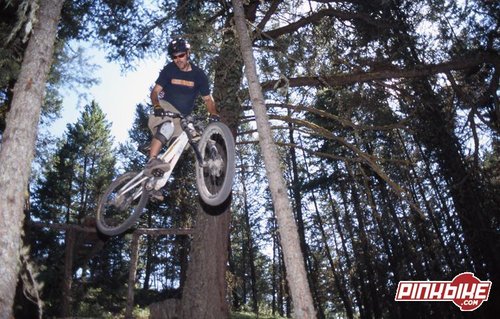 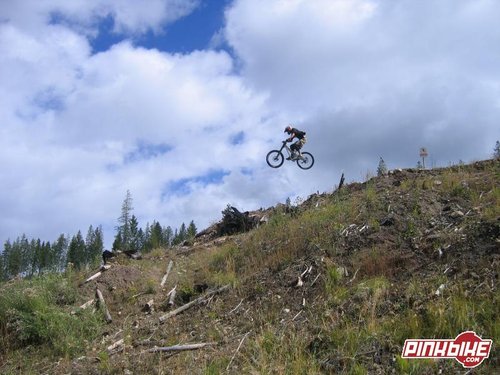 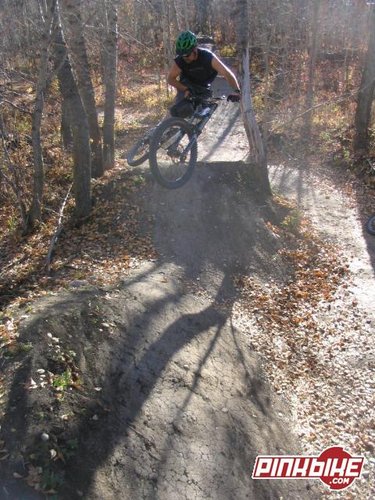 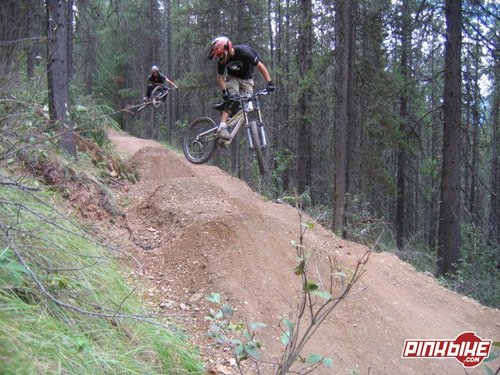 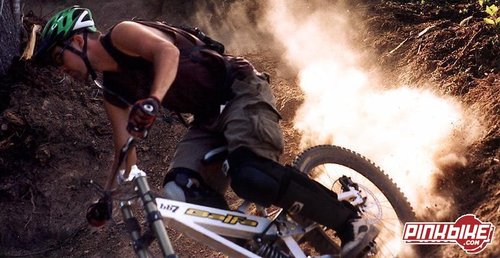 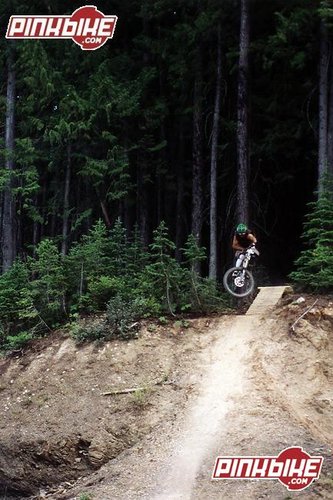 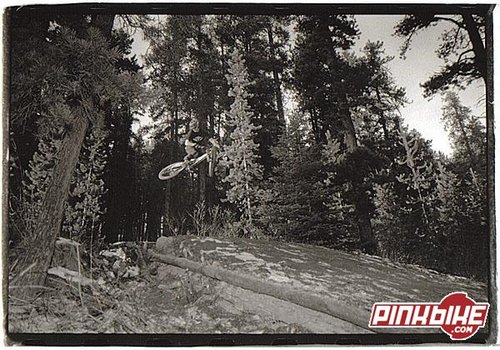 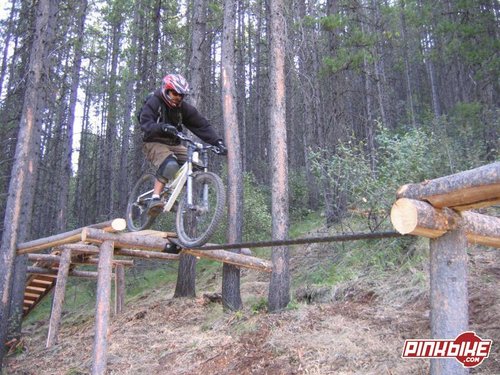 I’ve spent this summer building trails around Alberta and in the off time traveling to BC and giving her a fourth season workin. The bike has taken all I can give it and blessed me with a smooth operating machine that is as dependable as a Timex watch. Every time I pull her out she’s ready to go. I have been a mechanic for many years yet I’ve hardly had to spend any time keeping this thing in top running shape. Every time I pull her out to perform, she’s up to the task. These bikes were built to last. If you own one you know what I’m talking about, if you don’t, I’m sorry you don’t have the opportunity to ride one of the best machines ever built for shredding. You do however have the option of looking into one of Jerome’s newest creations, the Appalache Real. This bike is sure to be one of the next best things to hit the scene. 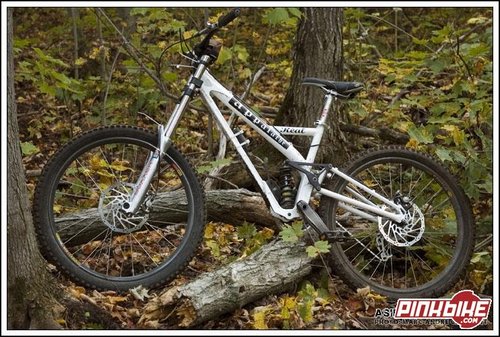 Jerome knows his shit when it comes to building long lasting quality bikes that will keep you rolling for years to come. If you’re a proud Balfa owner and you need parts contact these guys at Balfa Uk. I’d like to personally thank the crew who brought Balfa to Canadians you made a killer line up of bikes that will all stand the test of time. I also want to thank and wish Jerome the best in yet another French revolution! 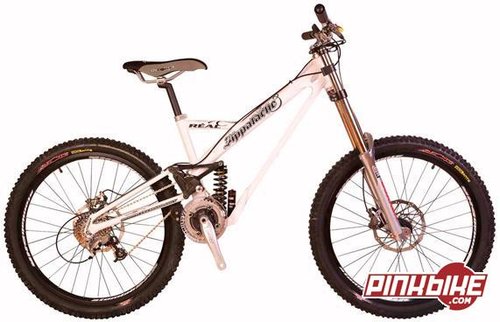 I love my bike and everytime I ride it I remember that every penny was well worth it. She’s had a long life and will go into old age slaying every trail that comes underneath her. 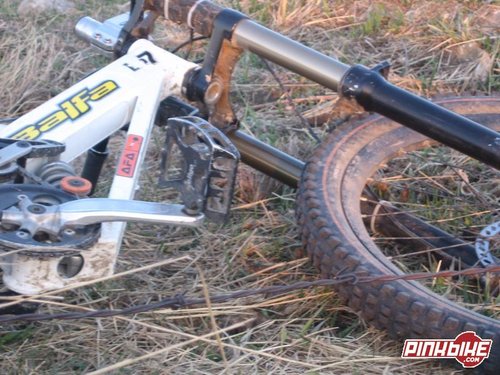 kayakosaeki66 (Feb 10, 2012 at 1:58)
recently bought one of these frames and when i build her up after she's delivered she ain't leaving my ownership
to sell one of these engineering works of art is blasphemy there should be laws against it lol i have never ridden
one before but i gotta say i have heard nothing but good things about this bike regardless of the flaws that come
with single pivot suspension the only "bad" things (if you can call them "bad things") that i've heard about them
is that they're heavy but its a pretty weak excuse not to buy one if you ask me in my opinion weight = strength
it might not be necessarily the case with ALL bikes but the more weight obviously means theres more metal and
the more metal means that theres more strength i don't give a damn if the frame is 9.5 lbs without a shock hell i'm
putting coil totem on the front of mine with a halo combat wheelset. why be a weight weeny on a dh bike? unless
obviously you're actually competing in races.

anyway good review and sorry for bumping this just letting you all know that theres one more balfa out there keeping the good name alive making the balfa trio's work not in vein.

top2bottom (Oct 28, 2006 at 14:31)
i rode a Balfa BB7 (a beast on the track) and now i bought a Appalache real to encourage Jerome for his good work. Spend money on real tough bike ! Appalache ride smoother than the bb7.. you'll see!

fattrick (Oct 29, 2006 at 14:43)
I'm from Quebec so no need to say Balfa has been a part of history here. I have been racing and riding Balfa bikes since the first Bobumum. Back in those days, Balfa was a three guy's company with a vision. Jerome, Fred and Hugo devoted their time and skill to create one of the first long travel DH bike. I remember seing few Balfa's at the races since the production was limited to three guys good will. This is history now. Since PRO CYCLE bought the company to close it. Instead of pushing the tecnonoly of their frames, Rocky Mountain closed the door of its bigest competitor. All I can say to ProCycle is F@#K you. You deserve to sell the bigest peace of crap witch is what you are doing! L

vdub (Oct 29, 2006 at 18:42)
Aaron, I can not believe that you are still riding that thing, God i can remeber when you got it....it was right after i sold mine to the kid from the shop. Maybe i can steal it back, if i could only remember his name. Oh well, I'm sure it would look awesome pulling the kiddie trailer. Take care Jason

wooyek (Jan 24, 2009 at 9:06)
Yes, this bike is definitely built to last! Actually, it outlived it's website, so I've made new one: www.balfa.wooyek.pl - this is informational site for all interested in Balfa BB7.

keeny (Oct 27, 2006 at 13:10)
I've just got one of the last and it's soooo good, my plates came damaged so Jamie at Balfa uk sent me a set of those black ones and they just make it look the bomb. Everything you've said is so true

pbuser143468 (Nov 13, 2006 at 15:26)
i bought bying one dis week p.s. i live in montreal so its real easy to get one heer even though they're not making them annymore exept for the apalache real wich is really expensive***

wooyek (Apr 22, 2009 at 3:35)
Yes, this bike is definitely built to last! Actually, it outlived it's website, so I've made new one: www.balfa.wooyek.pl - this is informational site for all interested in Balfa BB7

bayrider3 (Oct 27, 2006 at 9:29)
One of the best reviews I read. Love the good in depth tech info and bike upgrade info. Also the riding photos are top notch quality. Great job Aaron!

balfa23 (Oct 29, 2006 at 8:58)
I have a minuteman balfa and it is the BEST so i bet this bike is great too. They were also selling one of those frames at the velo swap at the cambria bike shop store for only 375$$ Brand new with 5th element. my friend was stupid enough not to buy it cuz it was too heavy.... lame

junglelover (Aug 18, 2009 at 12:47)
i just blew up my pully bearing and sprocket is there any where in or around calgary to get parts

zackmorris-1975 (Nov 20, 2009 at 12:43)
If you have not found parts yet the bearings are standard and can be found at any bearing shop..the sprocket itself comes out and is a standard cassette sprocket.

baube (Oct 27, 2006 at 15:37)
you can get replacement part for the bb7 by yodobike.com they are the canadian distributor of appalache