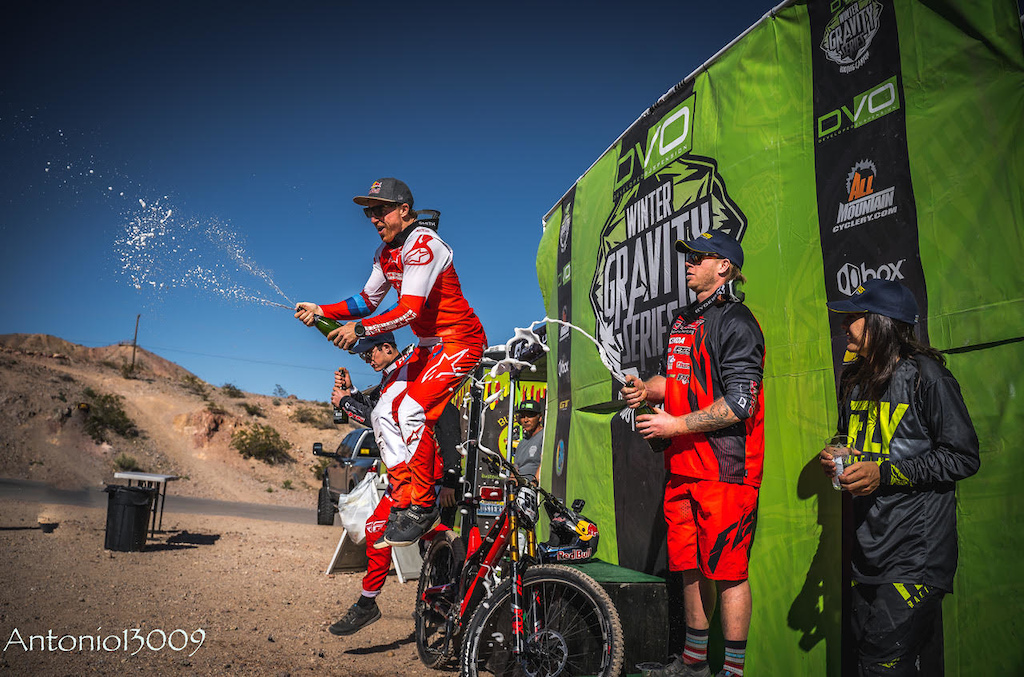 The 2019 DVO Reaper Madness Enduro presented by GT Bicycles saw record size crowds, temperatures in the 70's, a brown desert turning greener by the second and Gwin so excited he actually jumped off the top podium box and right over his new Intense bike while spraying the crowd with champagne.

The event started off on Friday with just a taste of the warmer temperatures to come, the typical Bootleg winds and open practice all day on all of the racecourses. With 3 shuttles running non stop and still some lines, this infamous mountain saw stoked racers of all levels enjoying the spring weather from 8:00 am till well after 4:00 pm. 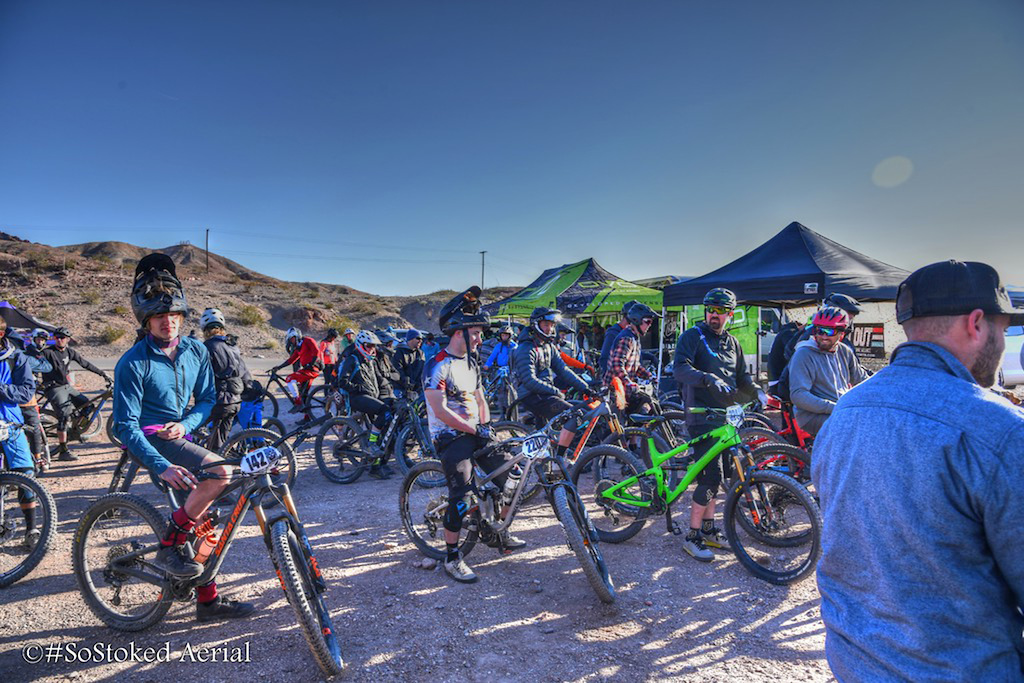 The Reaper Madness was the finals for the DVO Winter Gravity Series and some of the best pictures have been saved for this series recap. Seen here is Lake Mead in all it's glory showing a jewel in the desert. Very fitting for a DVO series with products such as the Emerald, Diamond, Onyx, Topaz, Jade, Garnet and other precious gems. 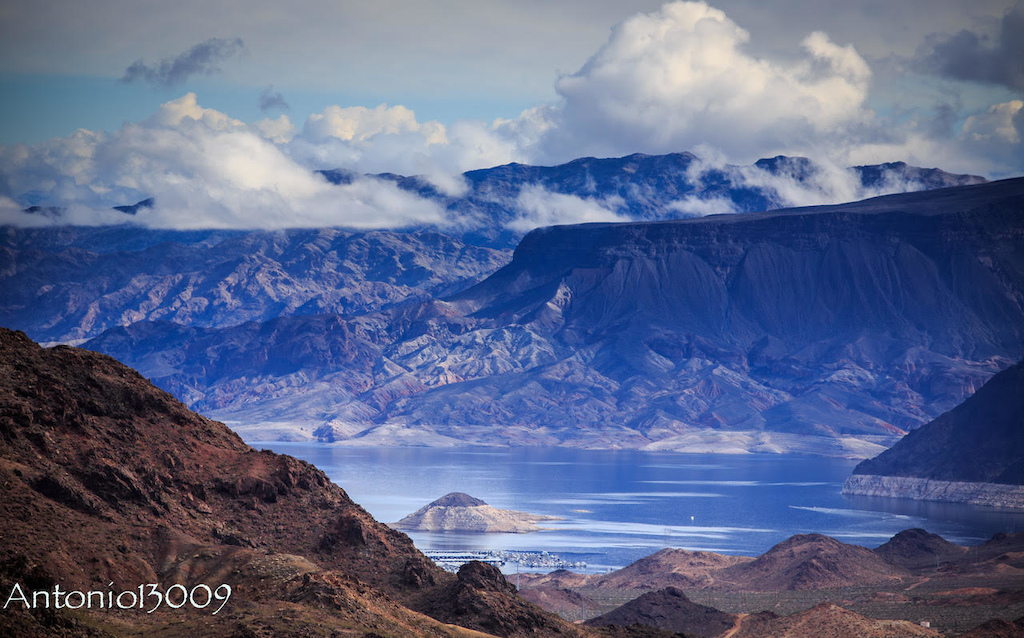 Pivot Cycles Stefanie McDaniels shown here shredding the gnar on Stage 1 in last months Mob n Mojave. McDaniel not only won all 3 Enduro races this year, but all 9 Stages. Quite an accomplishment! 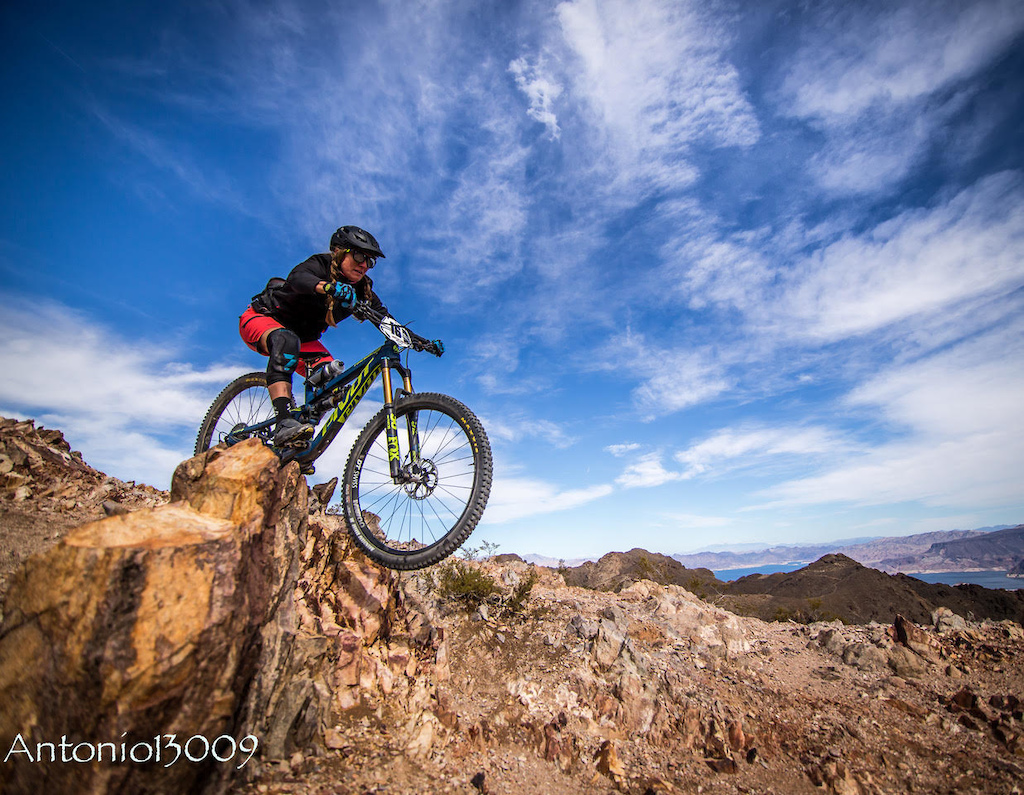 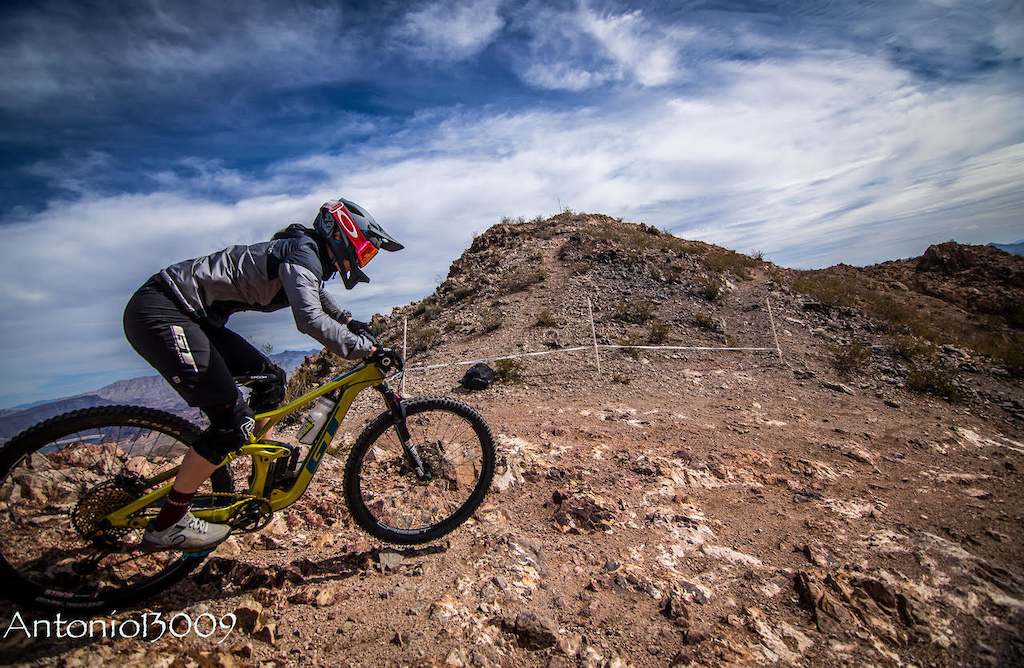 Many of the battles for the overall series title came down to just one final run. DVO racer A.J. Clevenger, #217, on his way to a 3rd place for the day which gave him enough points to secure a 2nd place for series in the Men's Category 2/30-39. Opponent Richie Spare took a 4th for the day, but with 2nd place finishes in January and February, he could not be caught by Clevenger's 3rd place for the day. Finals are always exciting and with over 30 categories/age brackets, there was lots of exciting battles the entire weekend. 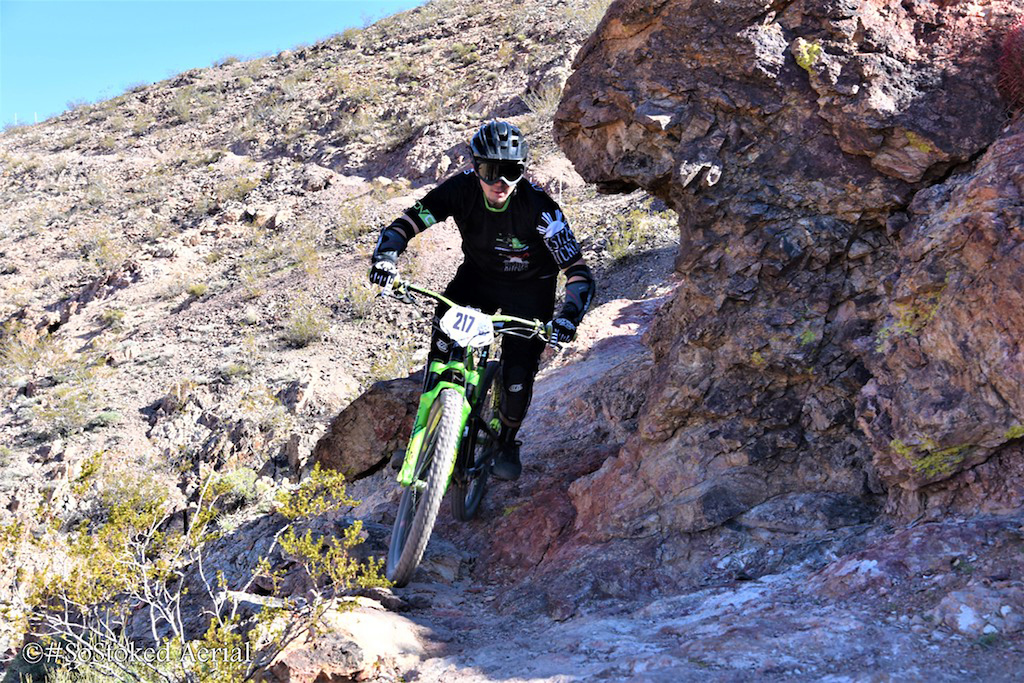 Seen here is Tyler Tibbitts, #312, racing for the series overall. Tibbitts won in January, placed 3rd in February and another win in March made it impossible to be caught in the Men's Category 3/19-29. 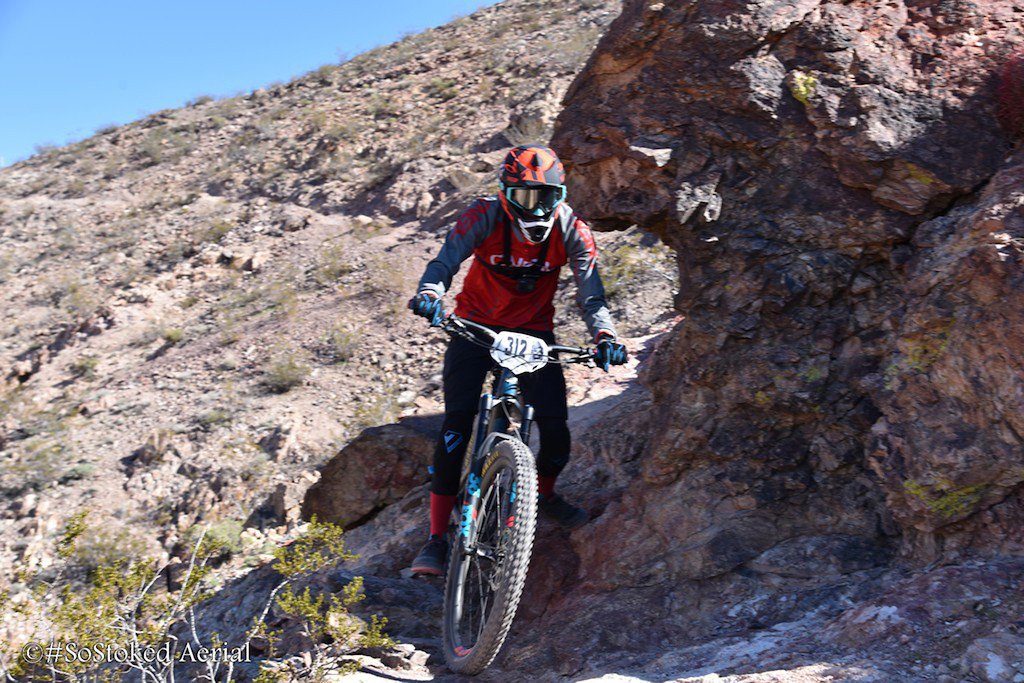 Aiden Parish, #10, was on fire for the entire series progressively getting better each race. Parish took a 3rd in January, came in 2nd in February and smoked the field with a dominant 1st in March. 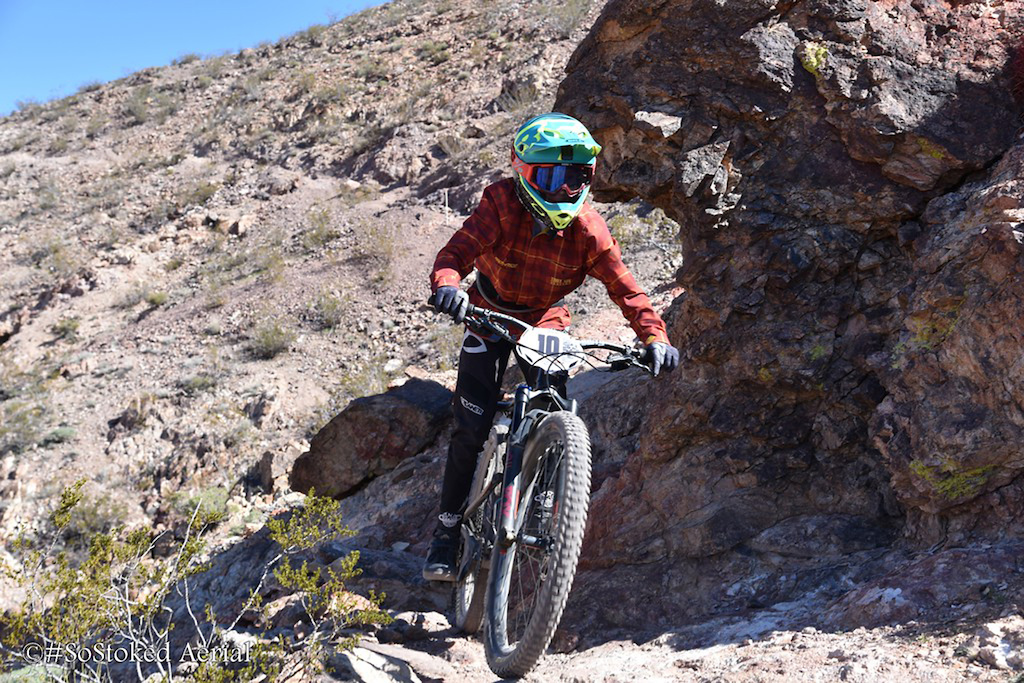 Photo by: Jerry Walton/#SoStokedAerial
Making his debut at Bootleg was DVO's newest racer, Paul Serra, #32. Serra shows up and takes the win in a very stacked pro field by nearly 1 minute! Serra wins for the day but takes a 5th overall out of 24 pros. Not a bad Bootleg debut. 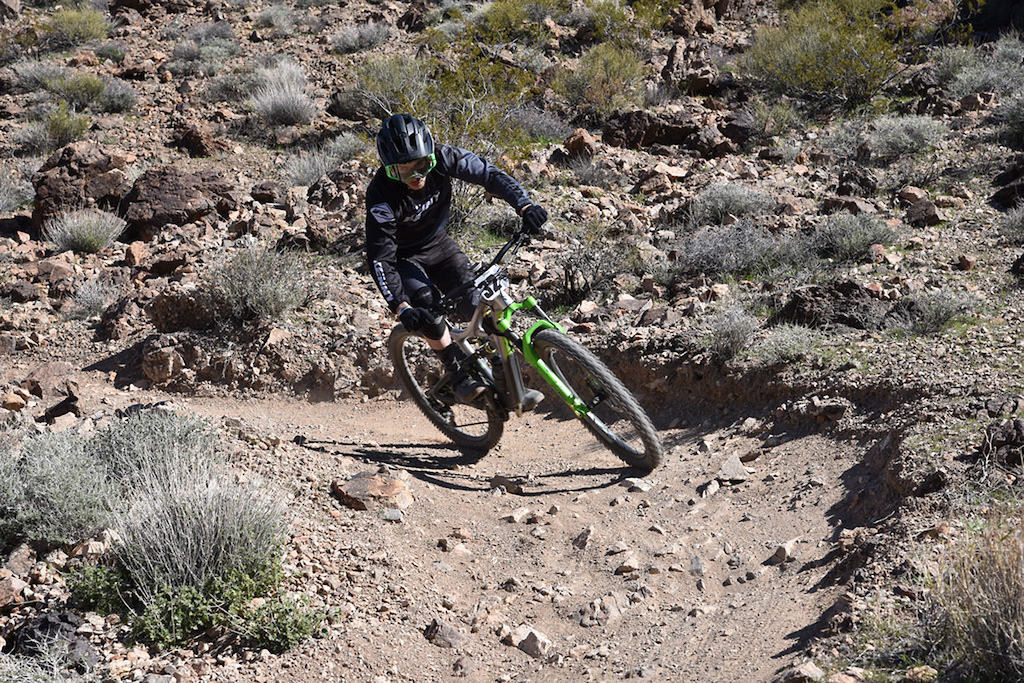 A quick, fun and informal Dual Slalom race after the Enduro will be the new "norm" here. The expression on Sonny Forsty's face says it all. 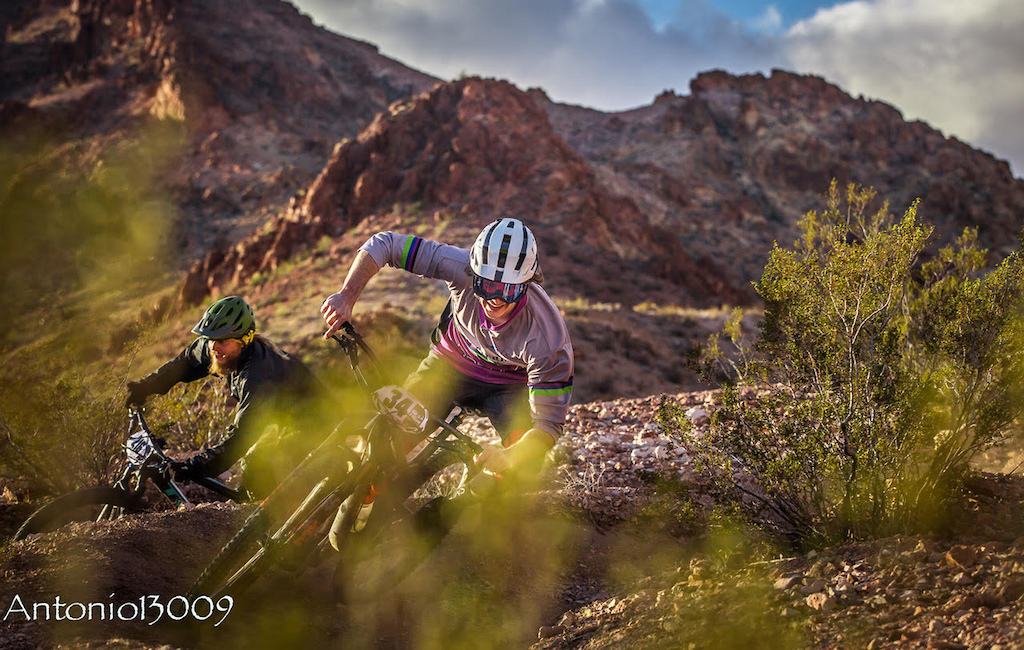 Sunday's Downhill Battles
The 6-10 age bracket was not only competitive but close enough to be won by any of this weekends competitors. For example; Maliska jumps out in front in January with a commanding lead, Muniz closes the gap in February while Bryant, with back to back wins, wished he raced here back in January. Race plate #17, Travis Maliska came in 3rd at the Reaper but that was enough points to take the overall in the series for the Boy's 6-10. 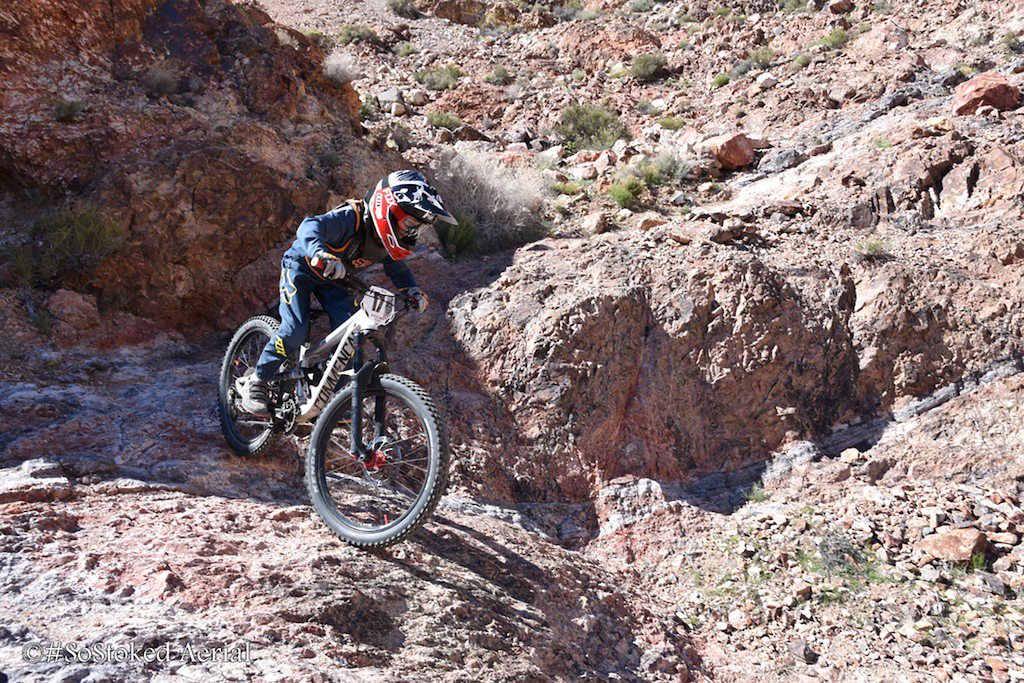 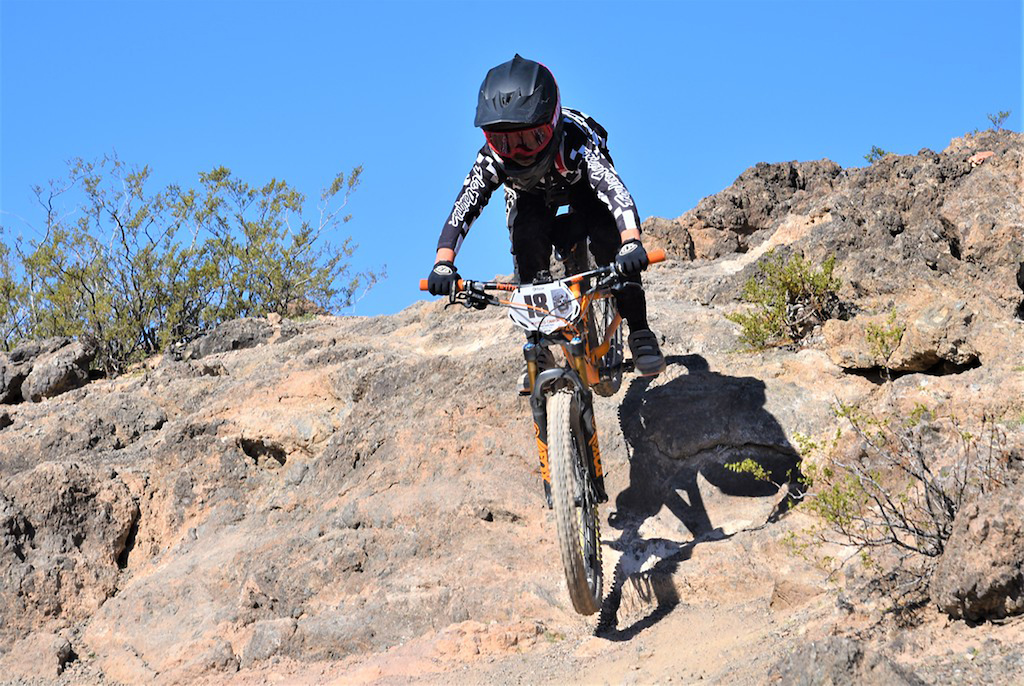 Winner in the Boy's 6-10 was Boston Bryant, #15. Bryant seen styling it out here on his way to his win. Winning gets you 200 points towards the series standing and that was enough for a 3rd overall in this hard to win age bracket. 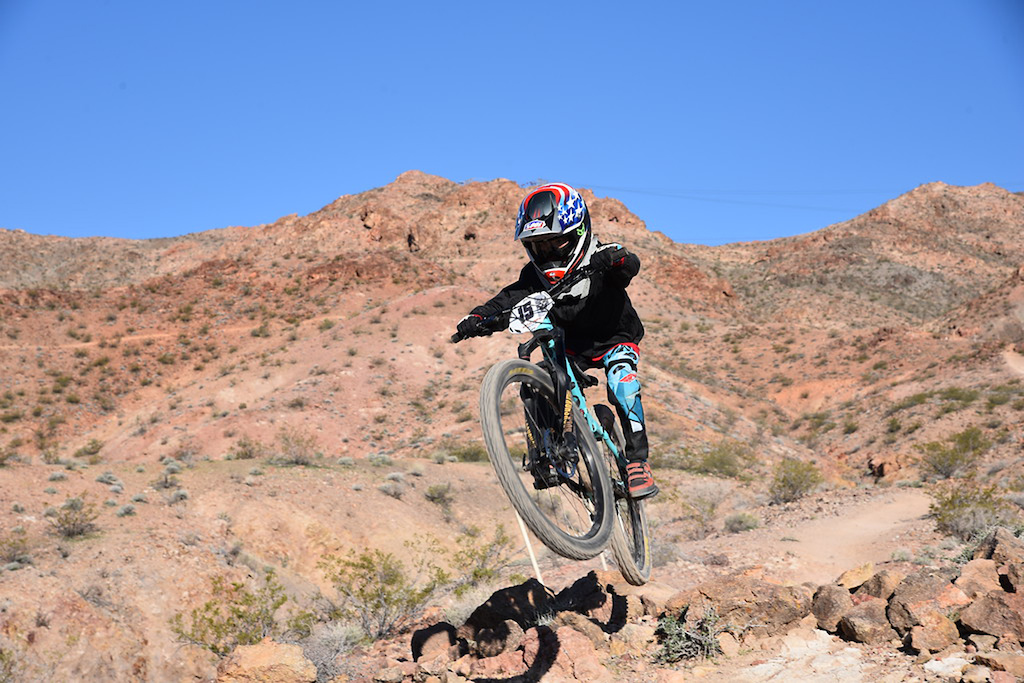 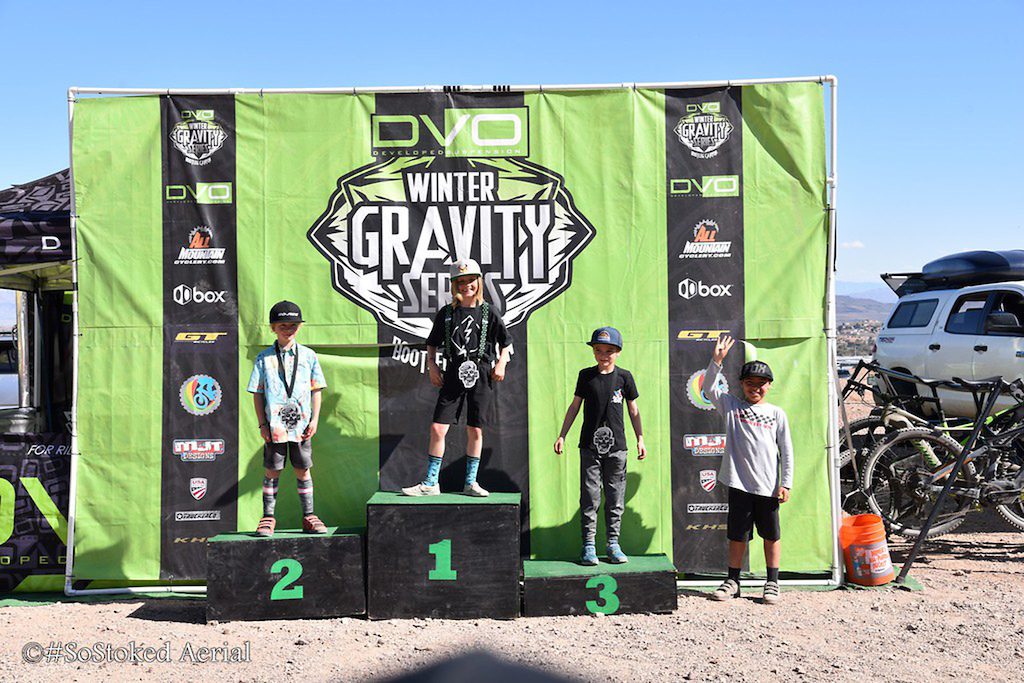 The Boy's 13-14 winner was Ryan Pinkerton, #12. Young Pinkerton stayed in the Hot Seat as many older racers could not match his time of 4:26.52. That time was the fastest time of the day for quite a while! With 3 impressive wins this year, Pinkerton easily won the overall for the series. 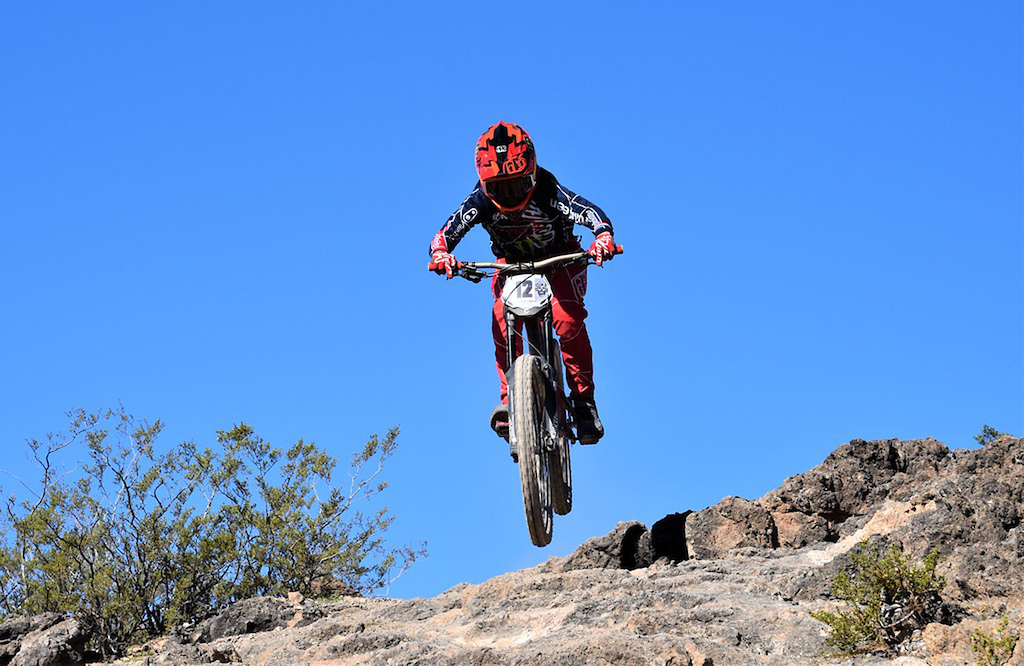 Category 1/15-16 winner Ryan McGarrity takes a 1st place at his return to Bootleg. We don't see the kid for a year and he shows up and kills it. Great job R-Dog! 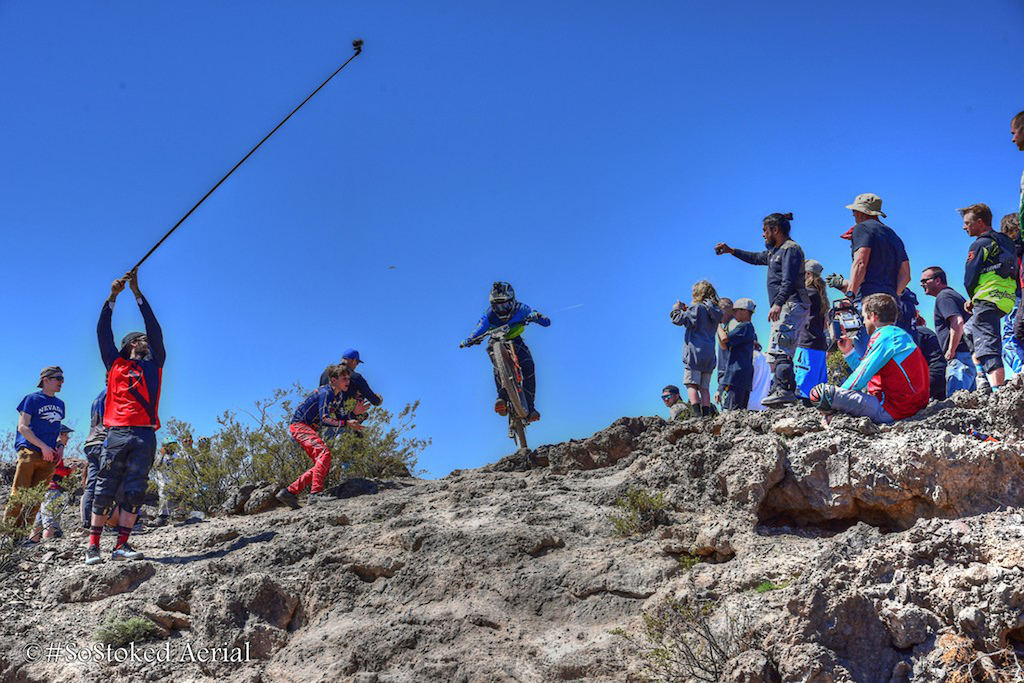 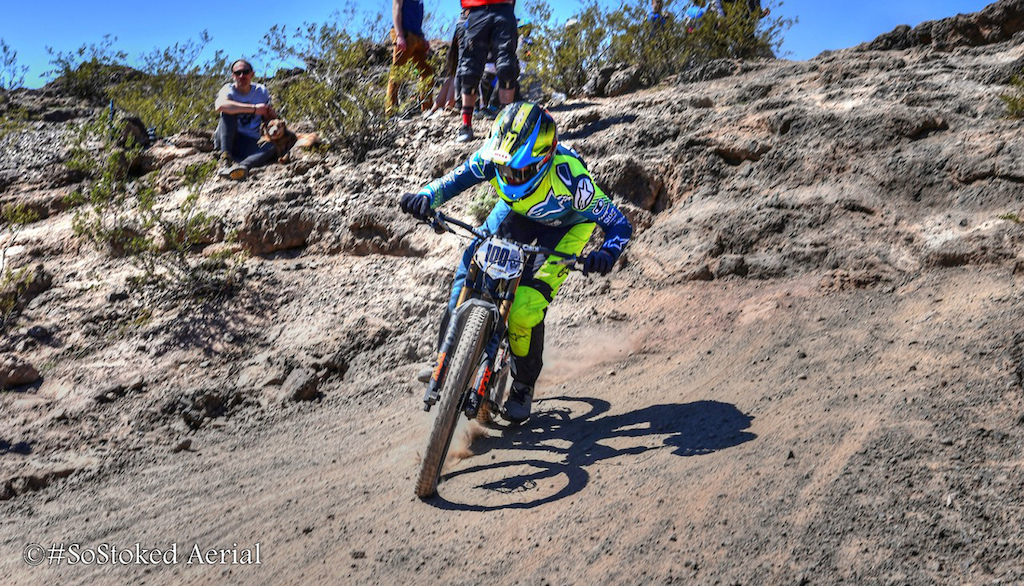 
There are so many up and coming Junior Experts waiting to turn pro and Cole Suetos, #141, will be one to keep an eye out for. Go Cole! 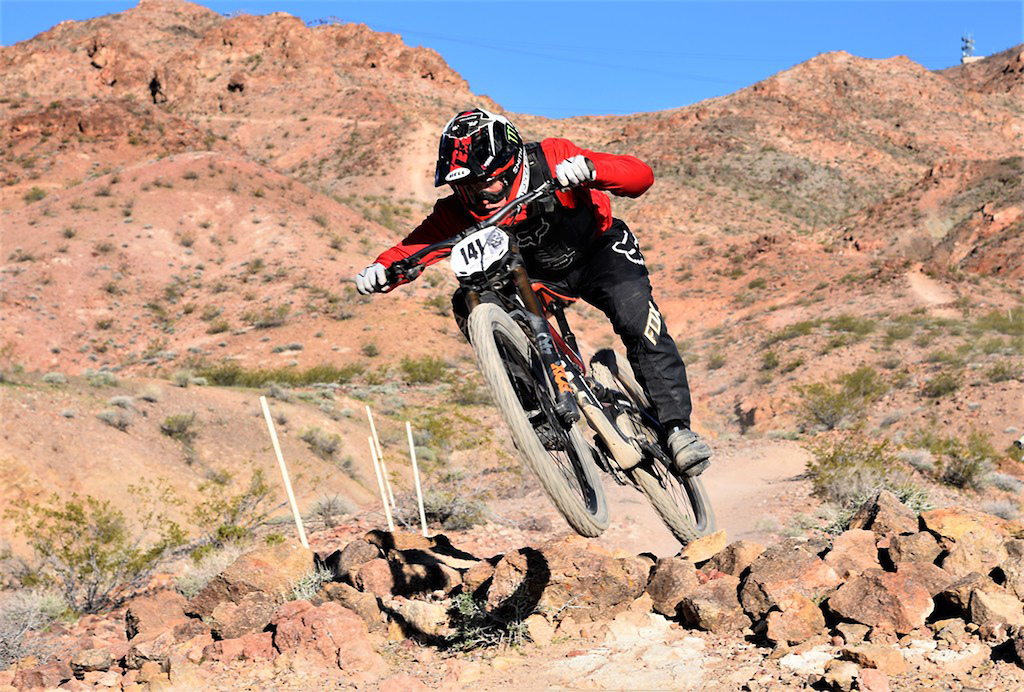 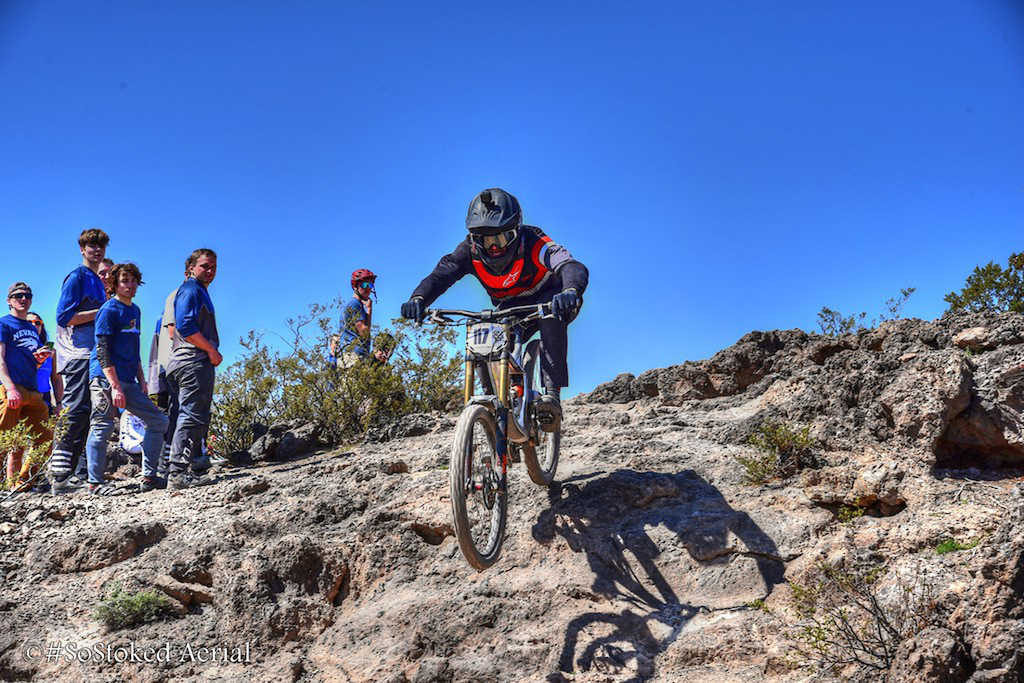 Winner of the 2019 DVO Reaper Madness DH, Intense Factory's newest racer and all around nice guy, Aaron Gwin, #55, takes the win with a blazing time of 3:57.83. 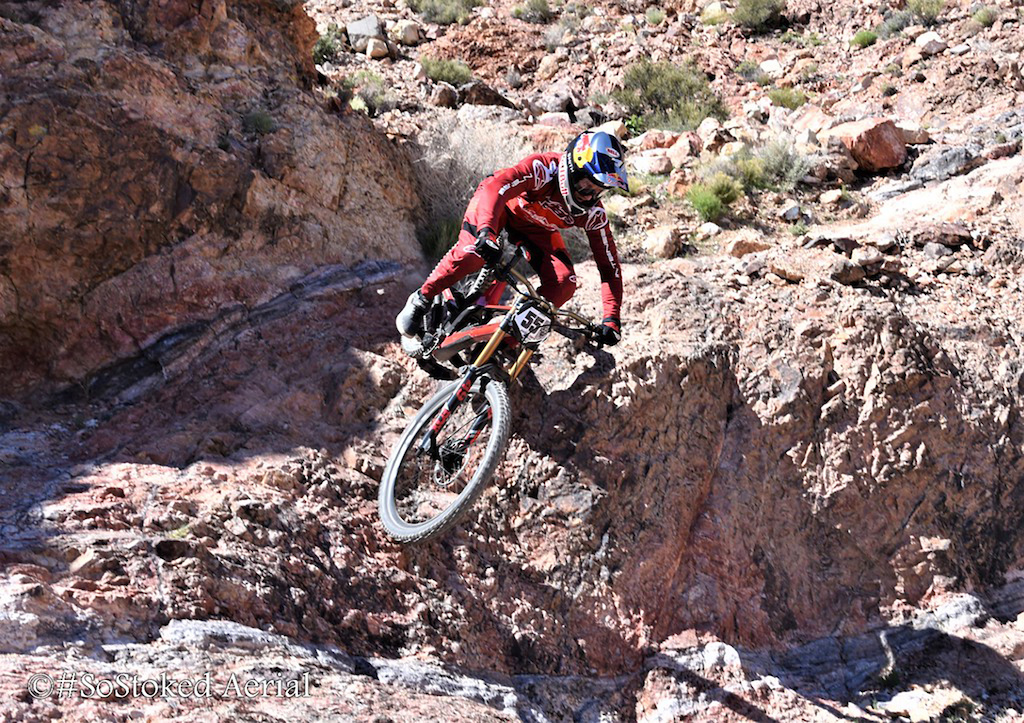 There was no shortage of fans cheering on world cup champion Aaron Gwin. 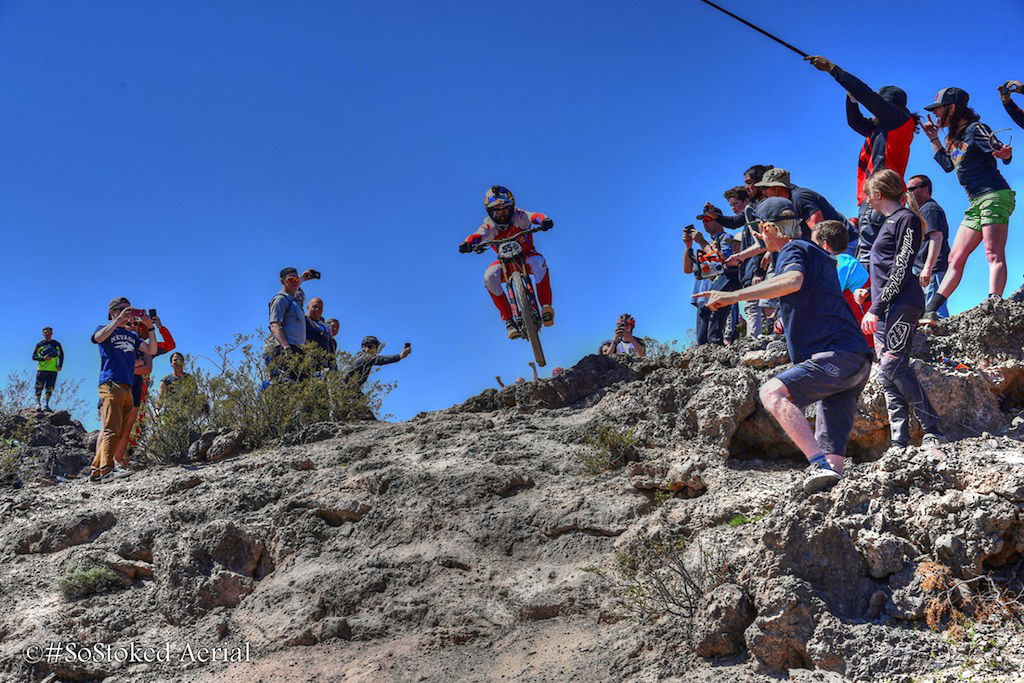 KHS's Nikolas Nestoroff, #1, just 1.08 seconds behind Gwin came in 2nd for the day but 1st in the overall. 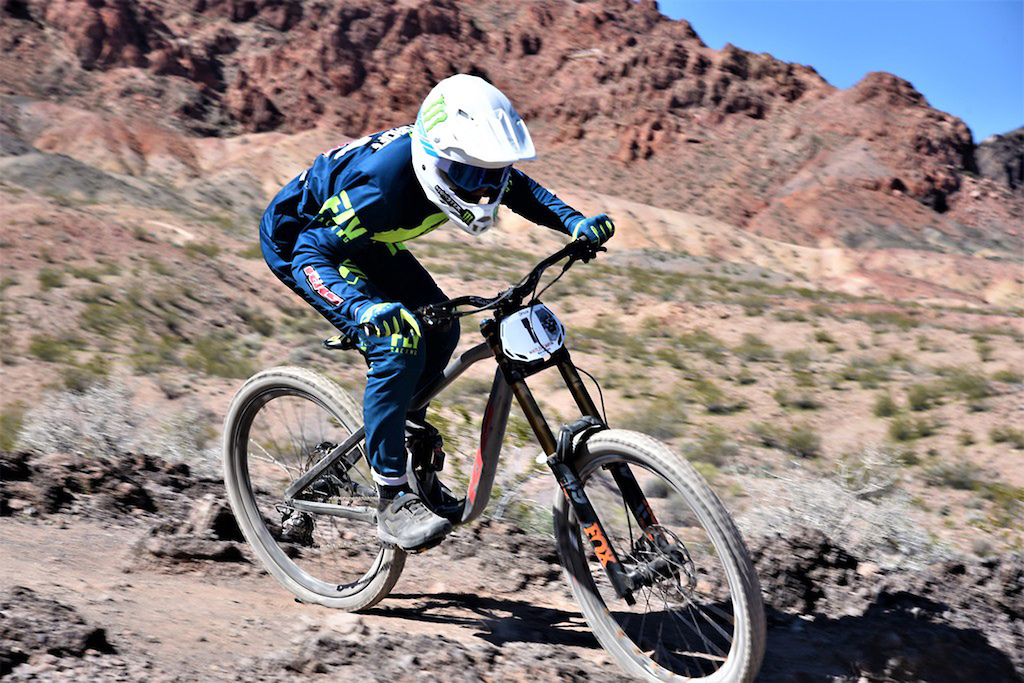 KHS's Logan Binggeli, #3, just 1.96 seconds off the winning pace places him in 3rd for the day and 2nd overall. 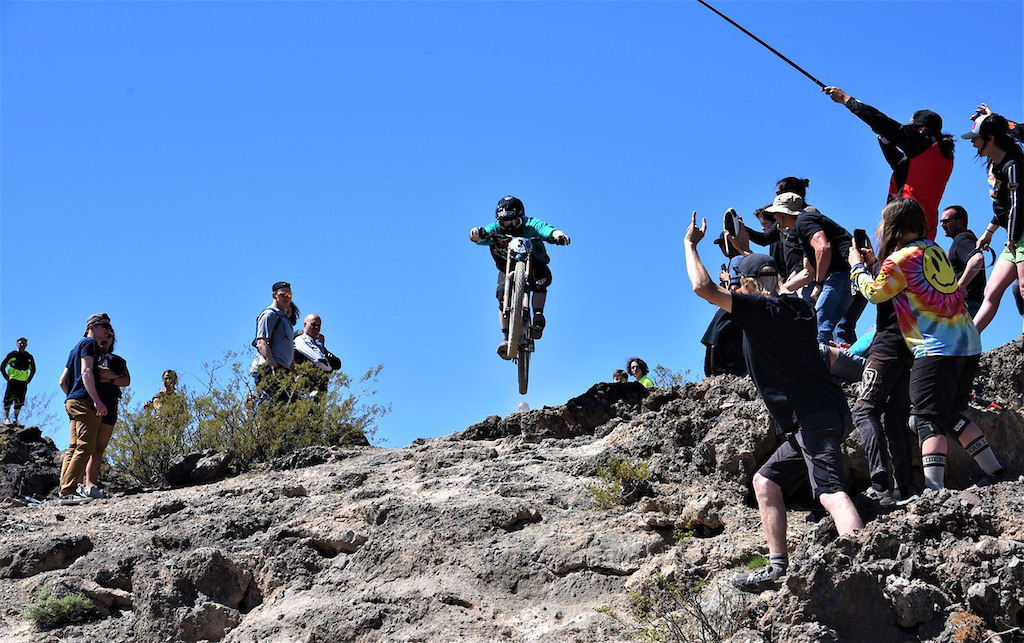 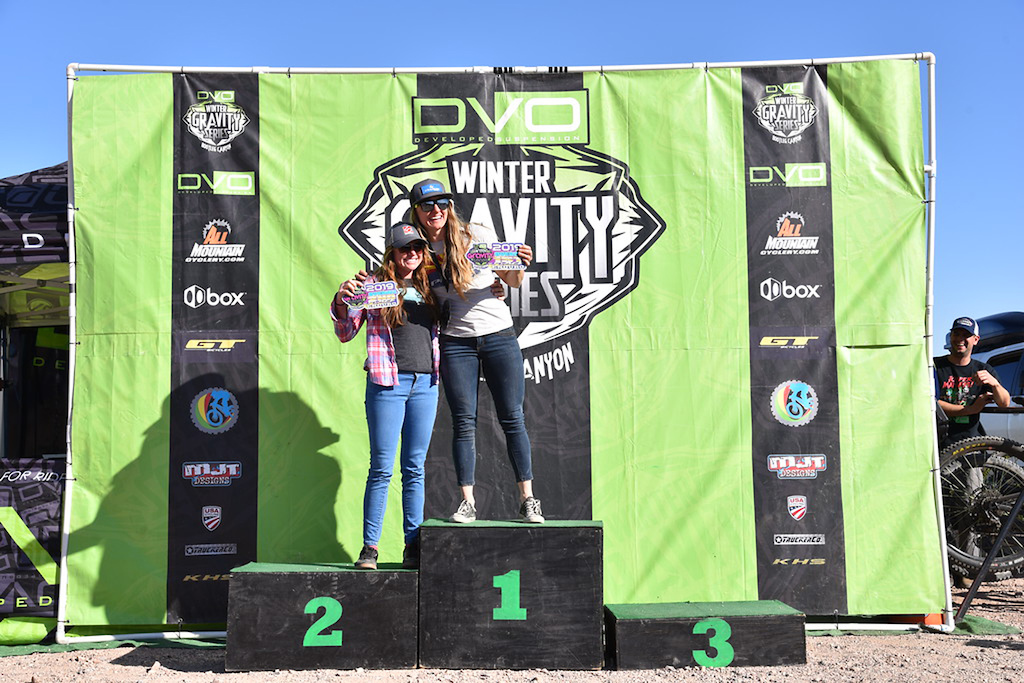 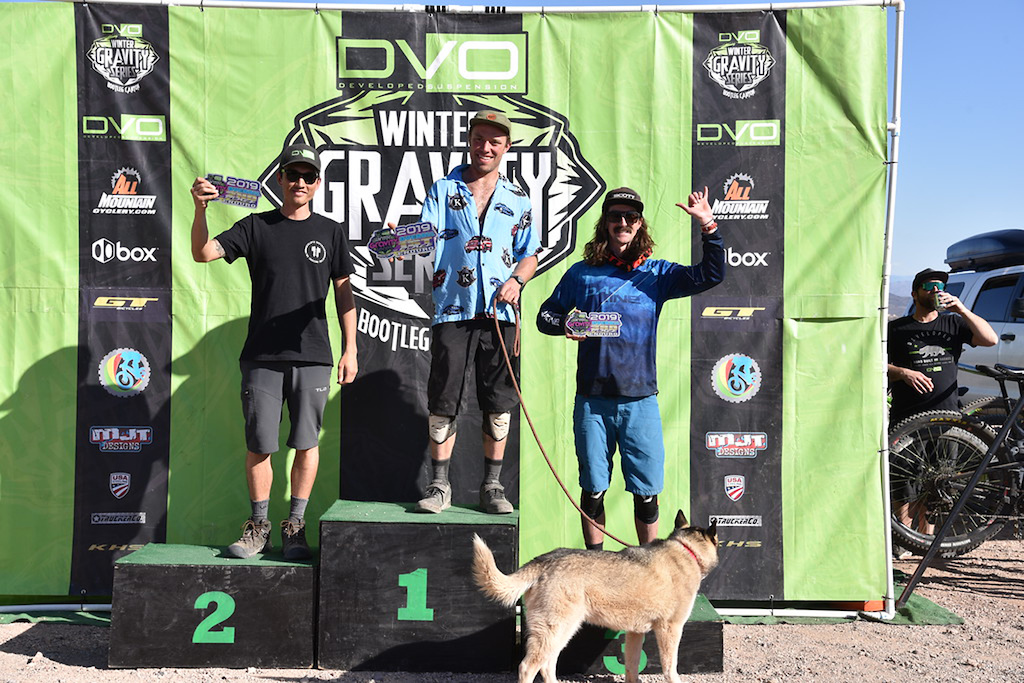 Photo by: Jerry Walton/#SoStokedAerial
Men's DH Category 1/17-18 winner was Cole Suetos with a time of 4:00.89 representing Incycle Race Team and also the winner of $100 Trucker Co cash for fastest Junior Expert of the day. That time was the 4th fastest of the day. 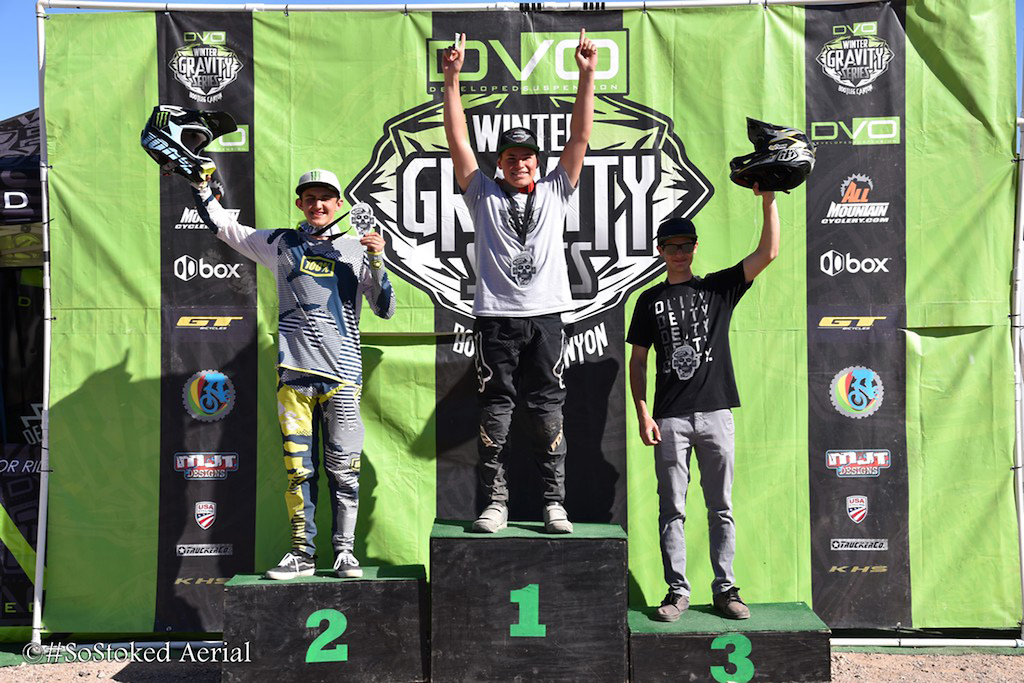 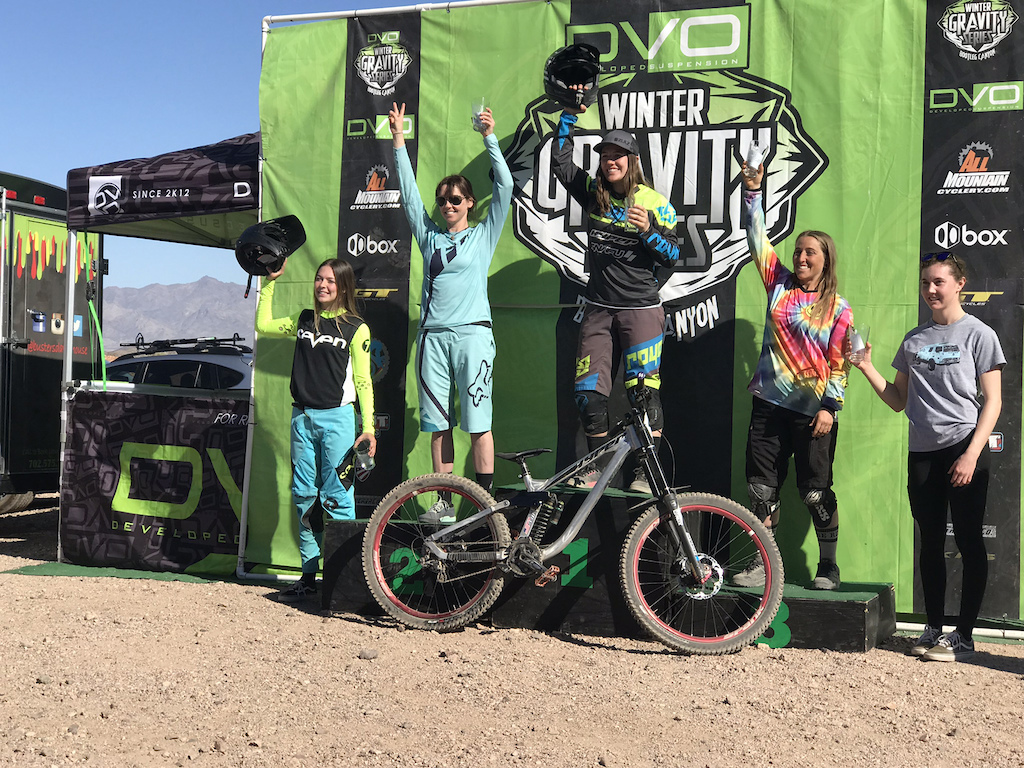 Photo by the awesome: Rachel Molsee 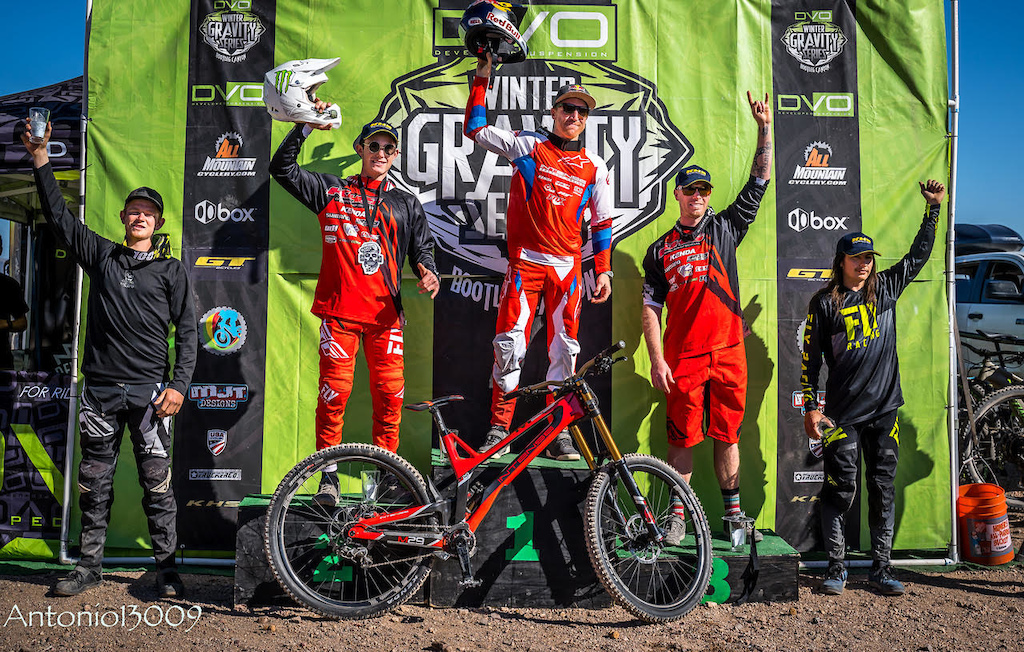 At last years DVO Reaper just before the DH awards ceremony we had a surprise engagement announcement. At this years event the surprise was for birthdays to DVO's Robert Nevins and our own Lyndsey Goodale. We had the coolest cake in the world to prove it and it was enjoyed and photographed by many! 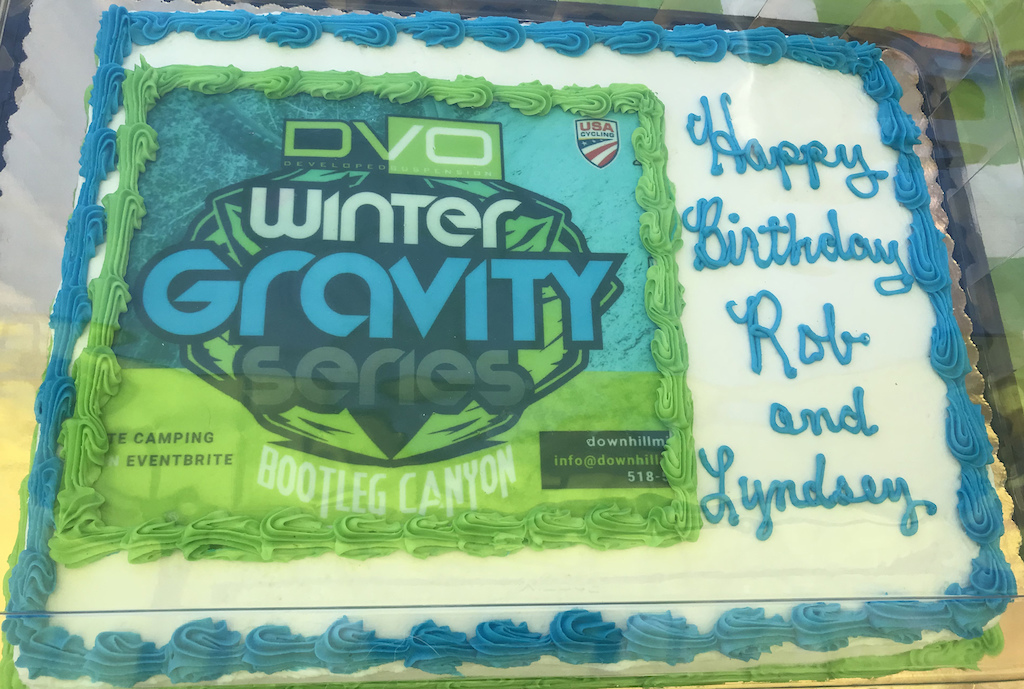 Enjoy your summer as we will busy with these awesome plans that are on our agenda and for your racing/riding pleasure: Whiteface Mountain Bike Park opening on June 1st, Return of the 5K DH on August 24/25, Bootleg Canyon Demo Fest November 8-10 and the 2020 DVO Winter Gravity Series.

Full results can be found HERE

From our entire crew we greatly appreciate all of you allowing us to show you a good time this winter racing season! 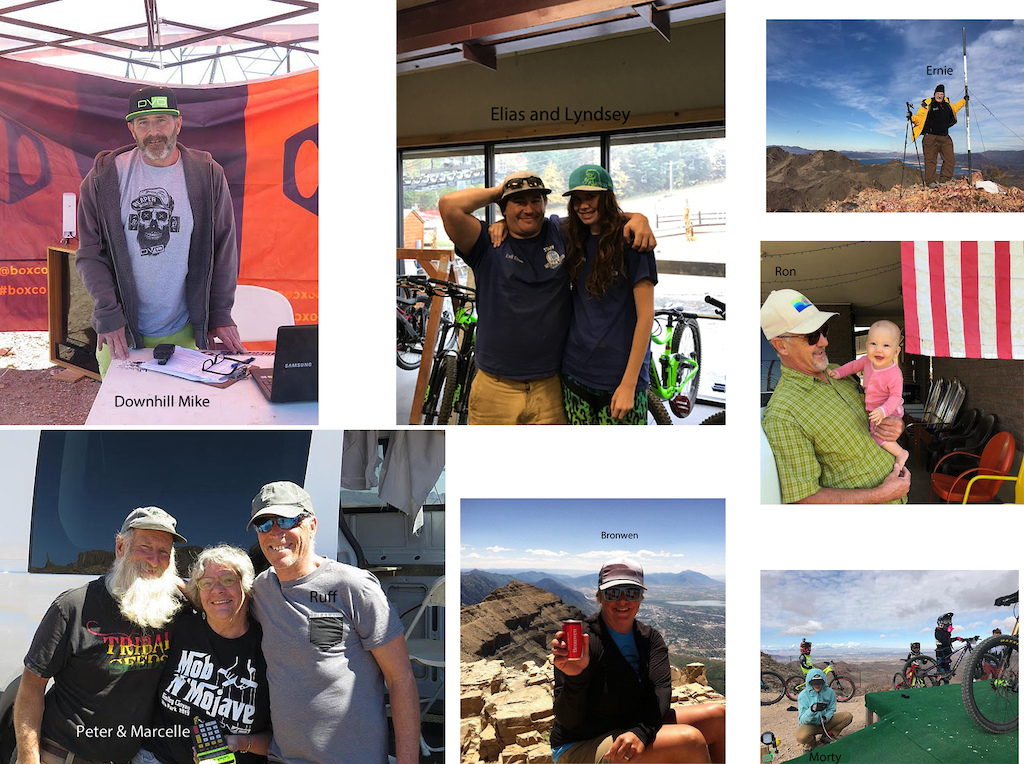